"Normally I buy a car and just keep adding to it," Alan begins. It's an approach most of us likely take: a natural evolution of a project over time eventually yields the fruits of our labor.  Often times, it's the ebb and flow of a build that defines its eventual outcome; however, sometimes, a build begins with an idea. For this 1993 Datsun Sunny Pickup, Alan Dufficy knew exactly what he wanted more than a year prior to having a car in hand. It was all part of a larger plan: a return from a 10-year stint in the United States to his home in Ireland, the opening of his business, D1Autobody, and of course, an incredible Datsun to promote it with. With a his intentioned outlined, the parts began to accumulate, and eventually, an example was settled on. 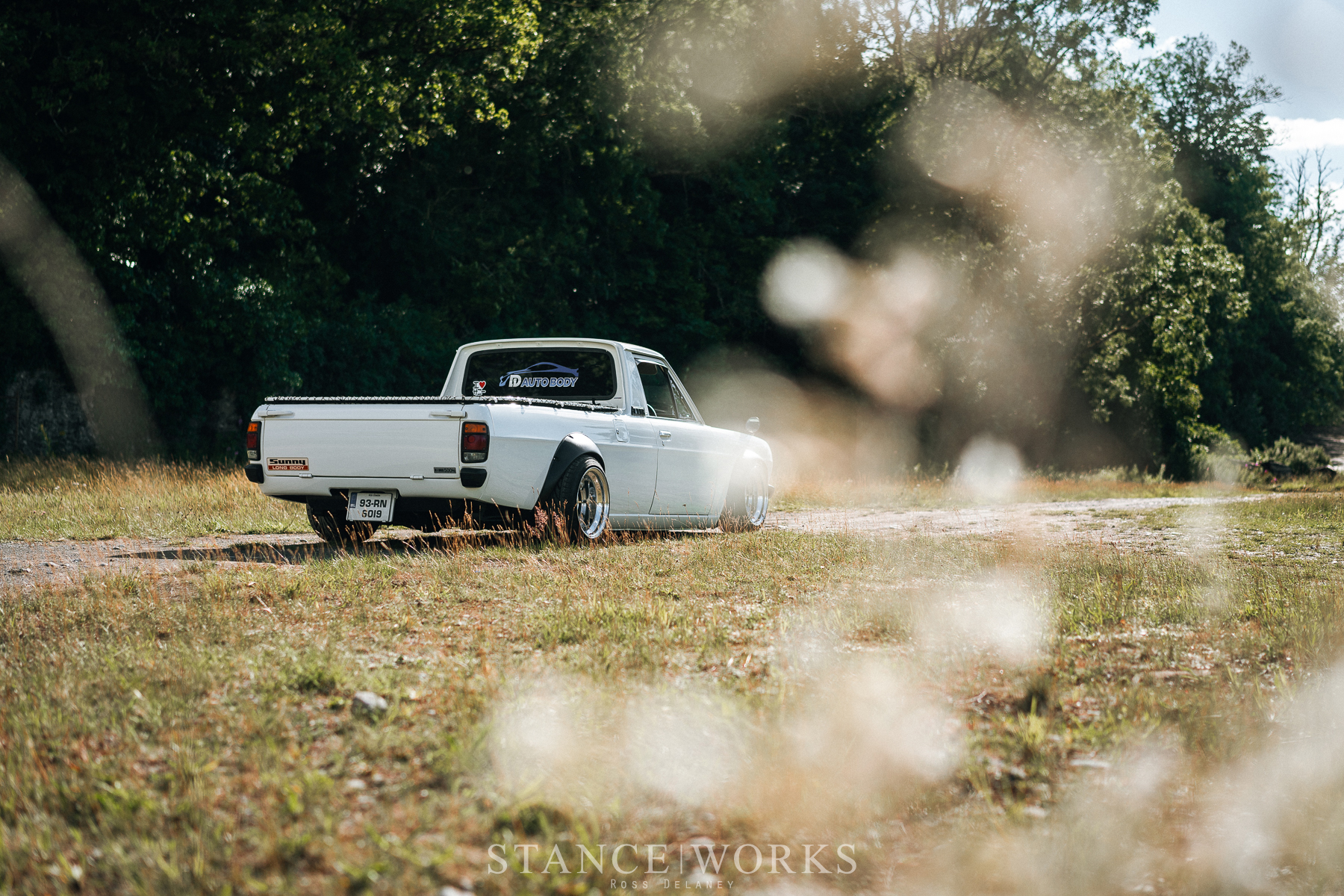 Initially, Alan had hopes of bringing home a vehicle from the United States -- a memorial of sorts -- to build upon returning home. It was Dominic Le's Hakotora that swayed him most, steering him towards classic Datsun pickups. For Alan, the looks of the stock truck nose were preferable; however, no variant was ever sold in Ireland or England. 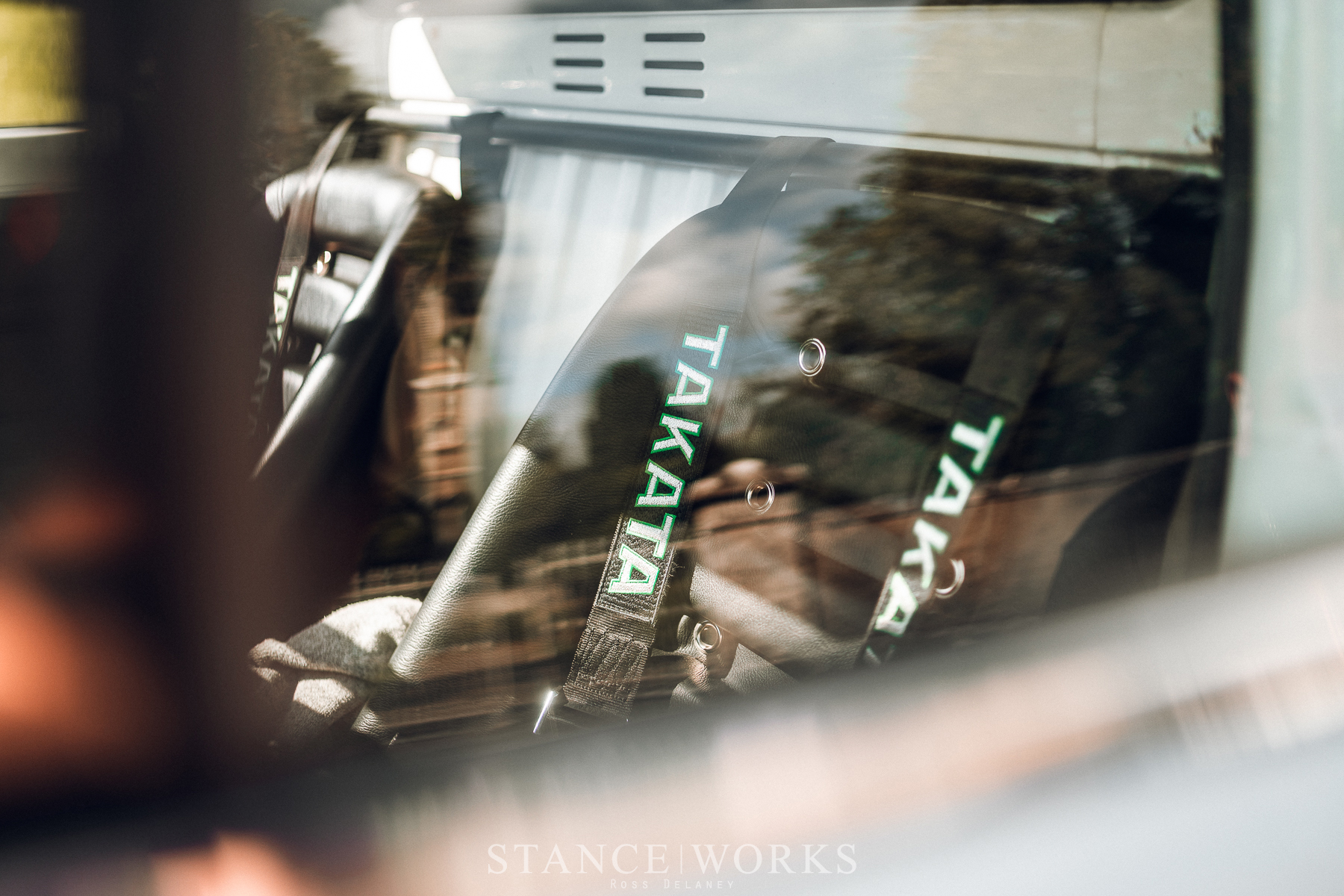 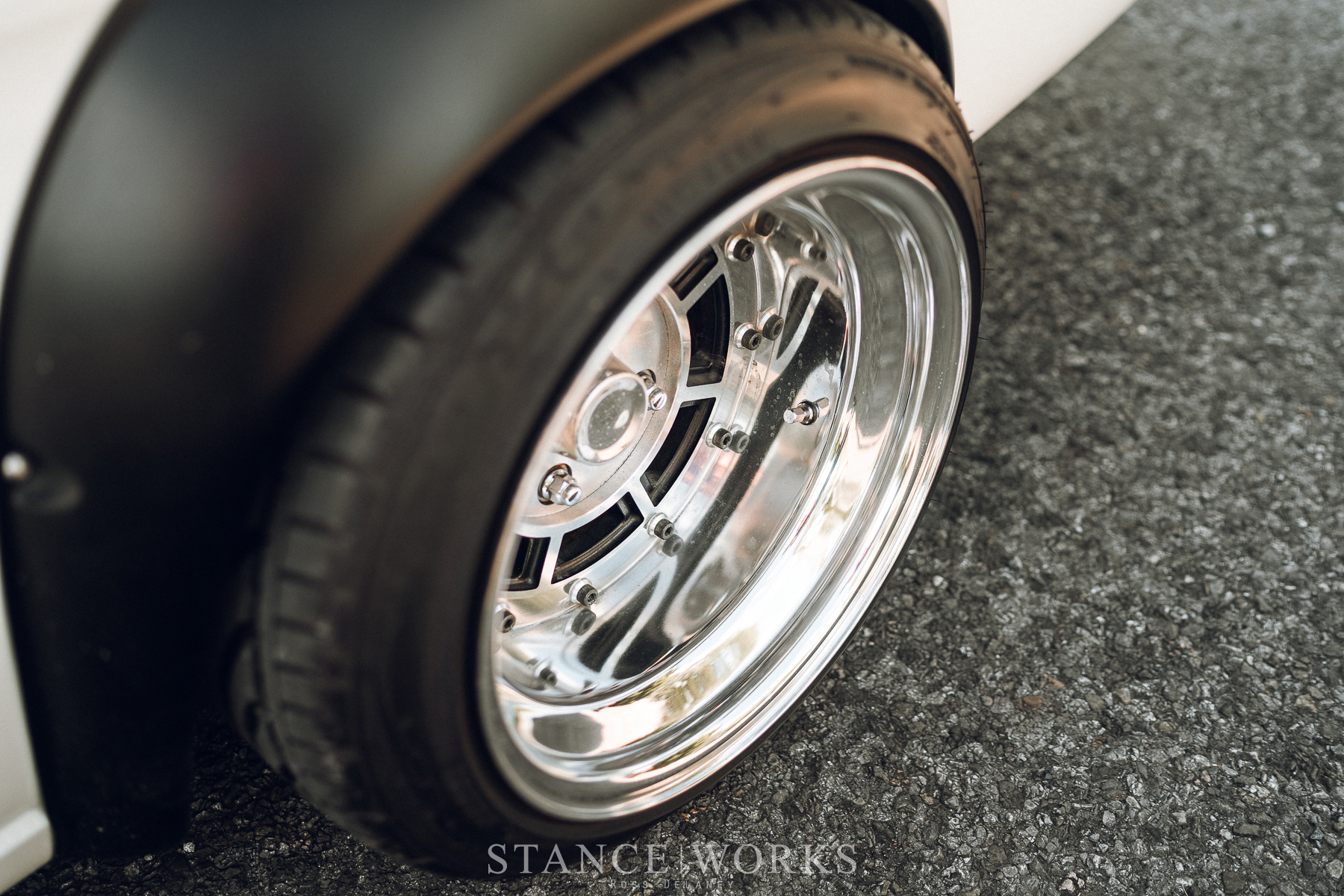 Alan turned to Japanese auction sites to track down a suitable example, and with the help of an agent, he was able to find one with promise after three to four months of searching. With a budget agreed upon, he let the agent work his magic. 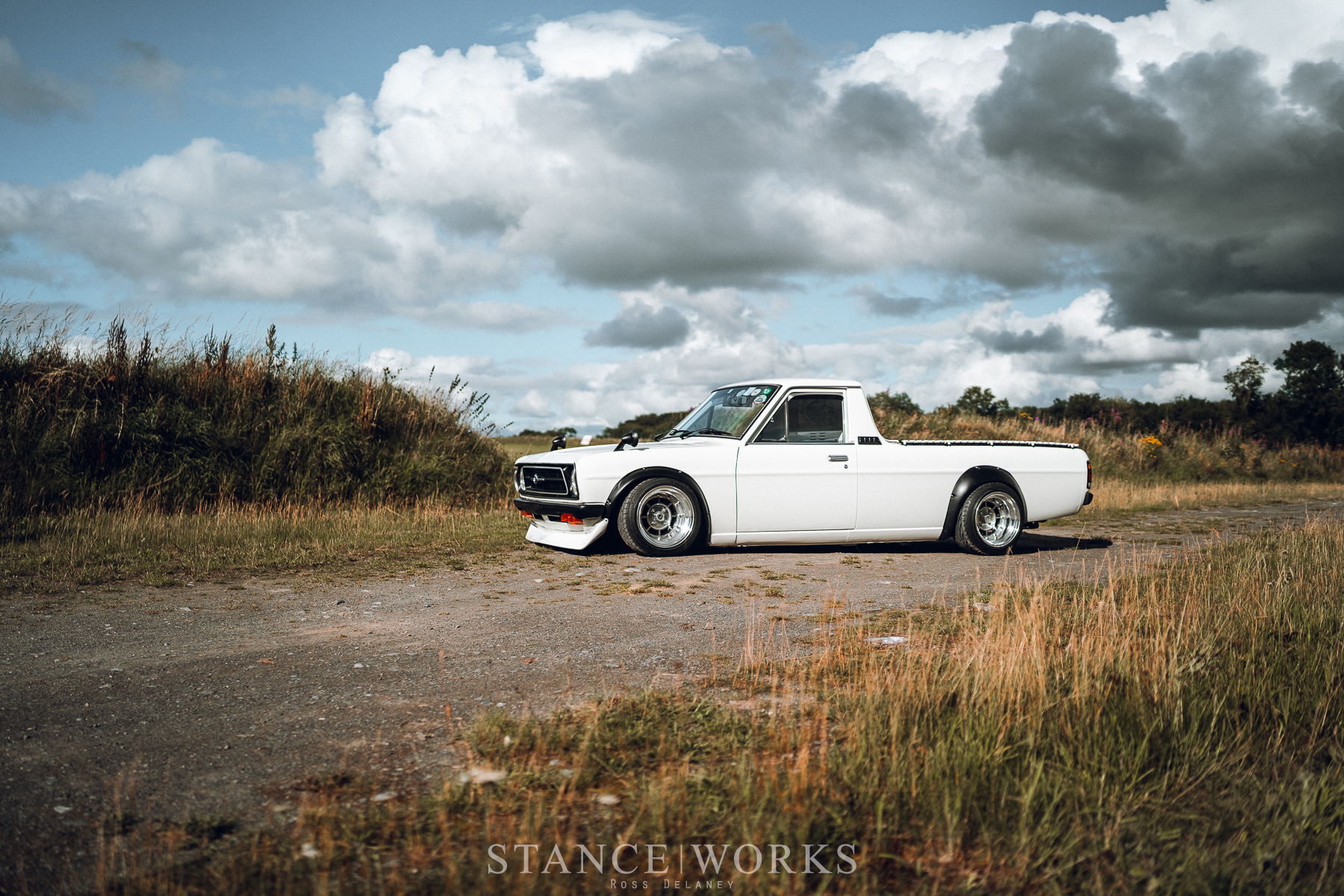 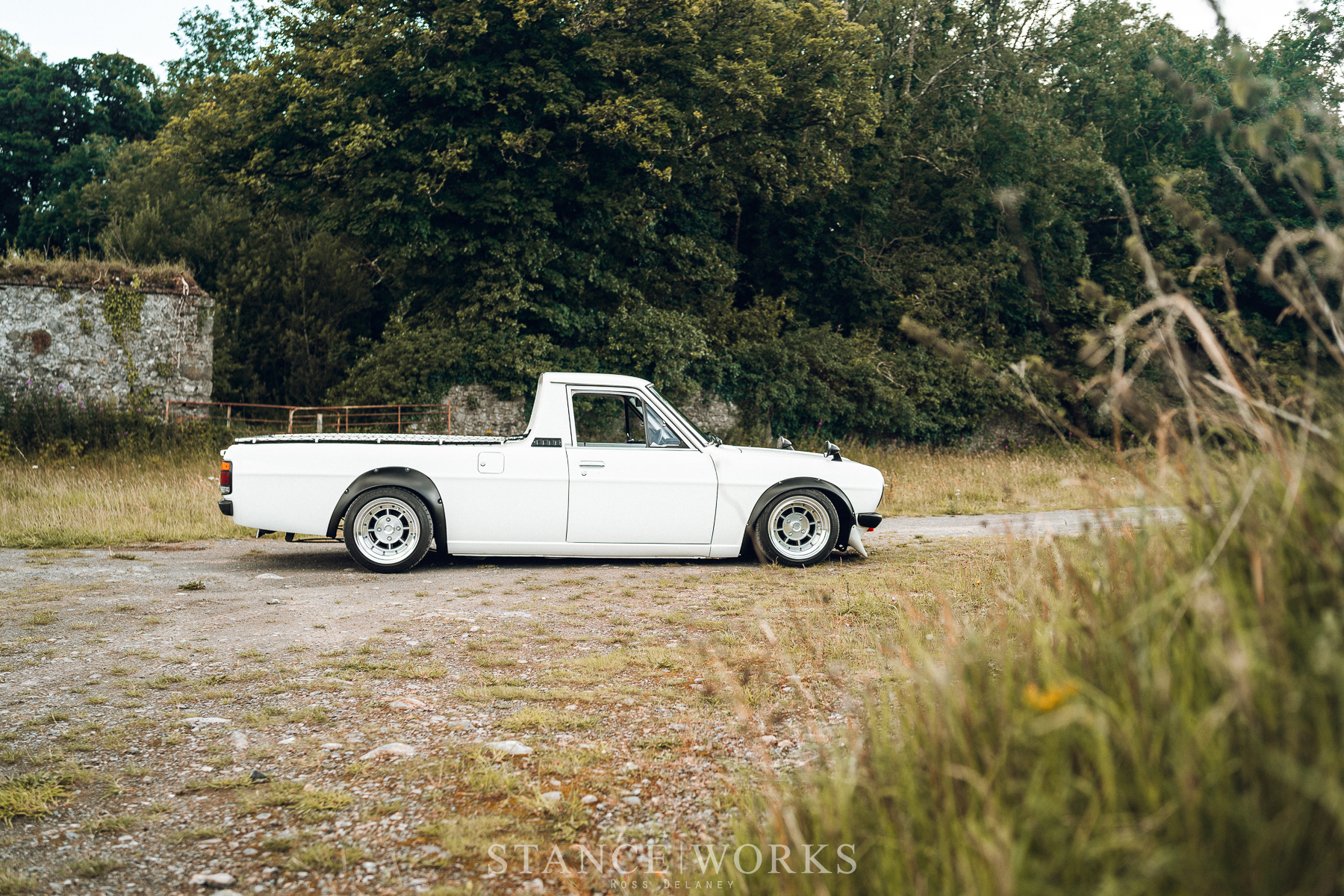 For better or worse, the agent went over budget, desperate to get the win but insistent that it was the single cleanest example he had come across. If Alan didn't want it, the agent was willing to take it on the chin and re-sell the truck: a promising vote of confidence in any case. Alan took his word, and 11 weeks later, the truck arrived in Ireland. Alan's brother drove it from the port in Dublin to Alan's home, but it was another 10 months before Alan and his wife were to return from the USA. 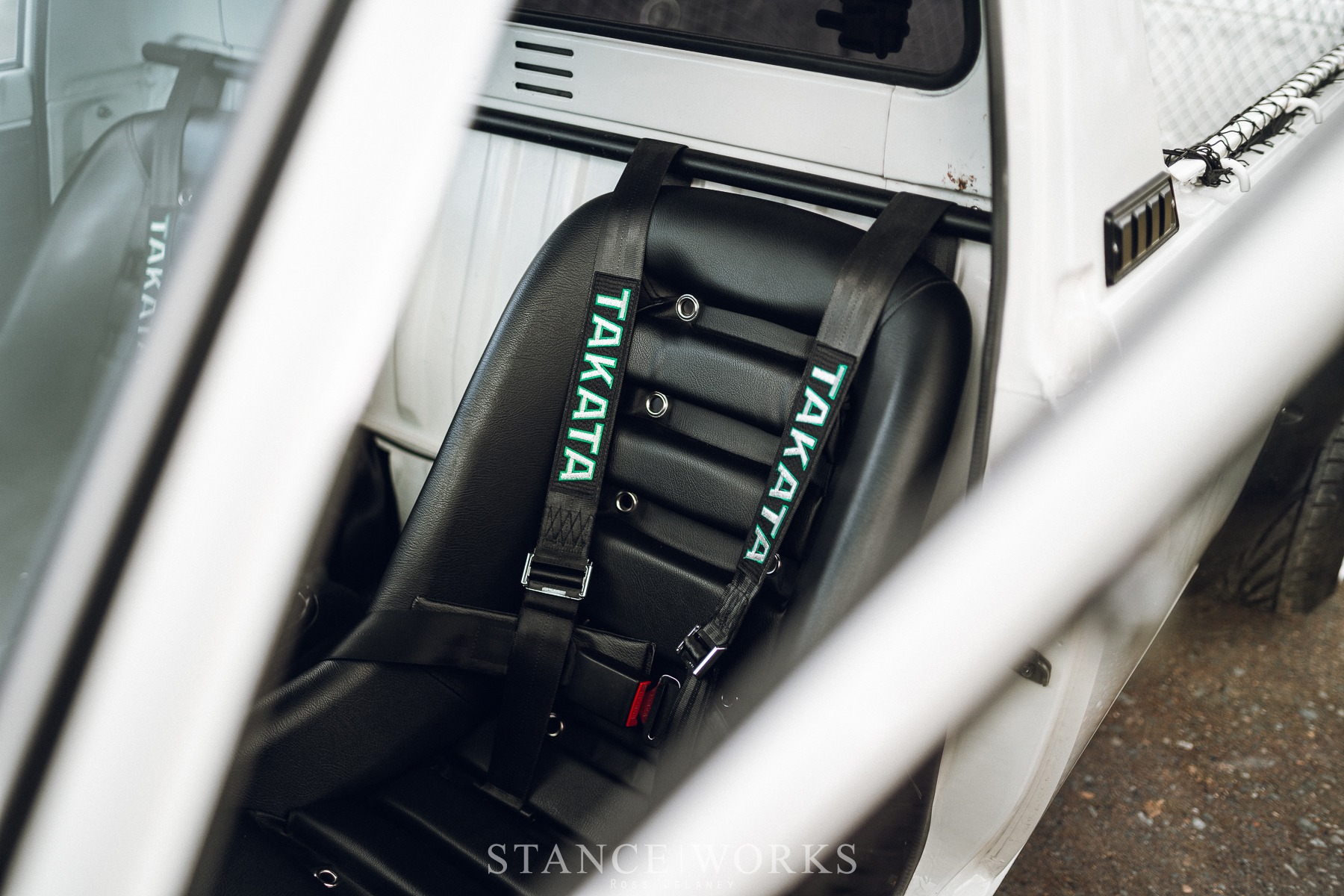 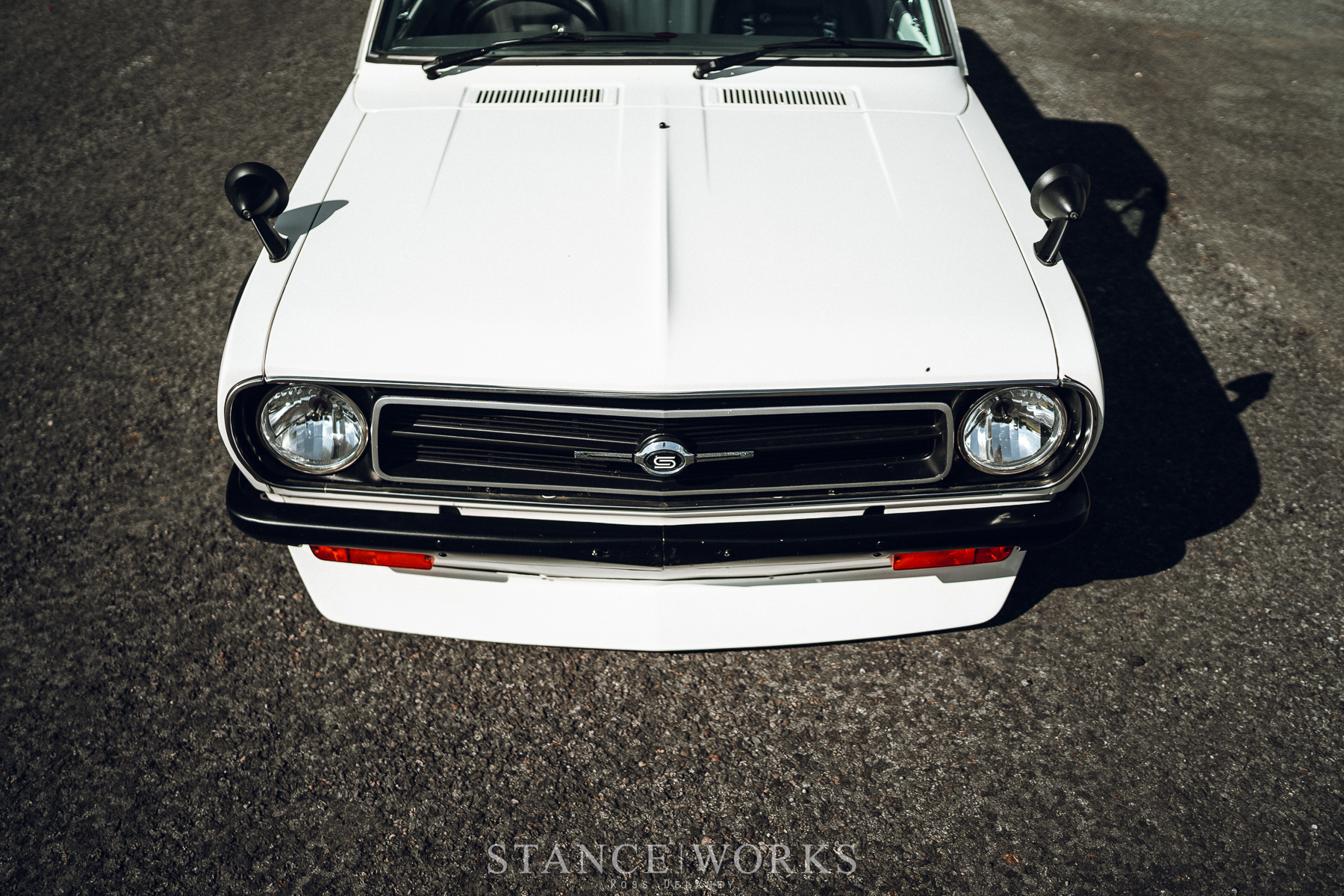 With nearly a year to go before getting to dive into the project, Alan began stockpiling parts, and the first to tackle one presented with the truck was the air ride install. Alan turned to Air Lift Performance for their 3P pressure-based management system, combined with a 5-liter air tank and 3/8" air line. The front struts were modified and use Volkswagen Rabbit strut inserts, while the rear is a more simplified bag system mounted to the axle itself. All of the management is mounted underneath the bed to keep stock appearances. 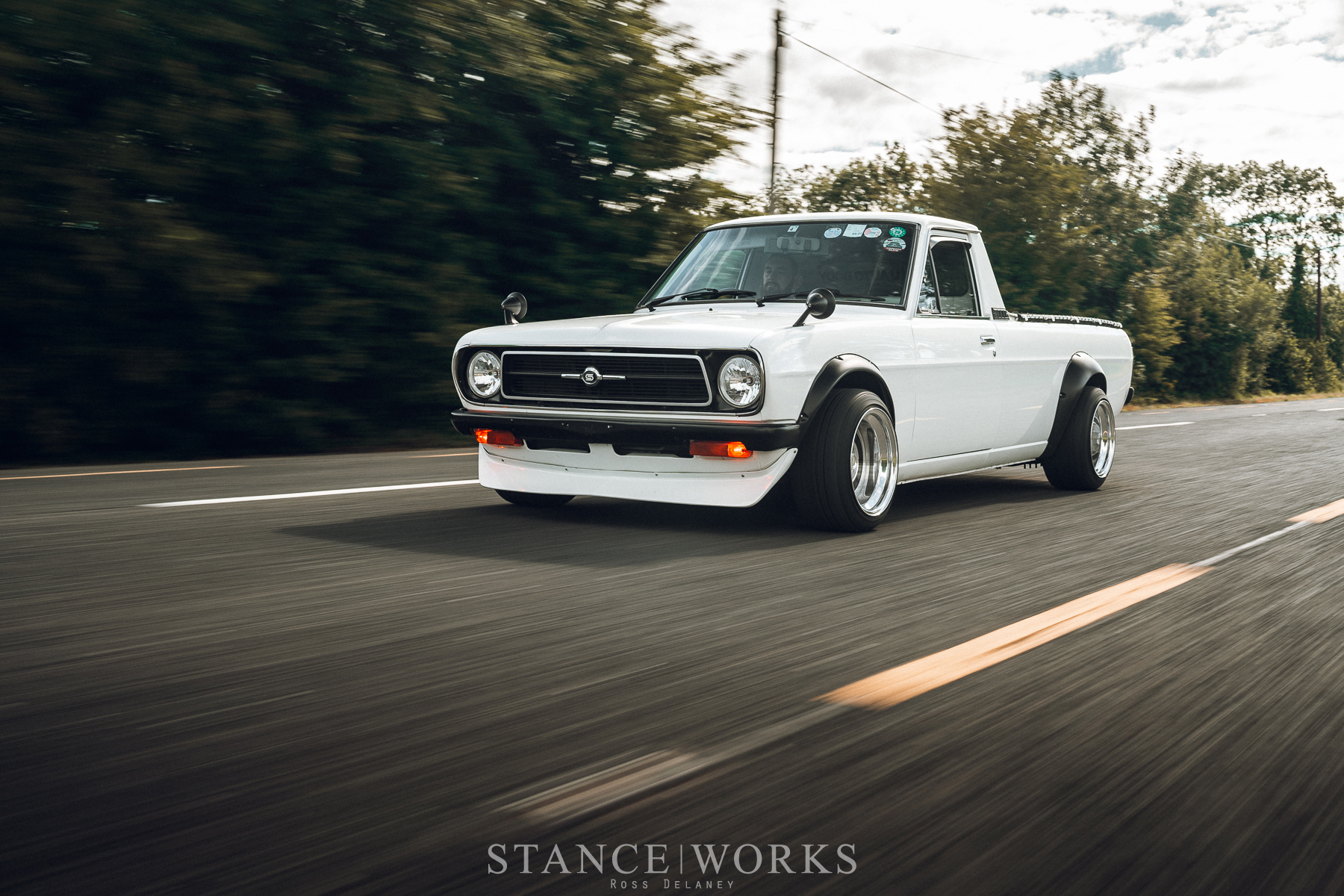 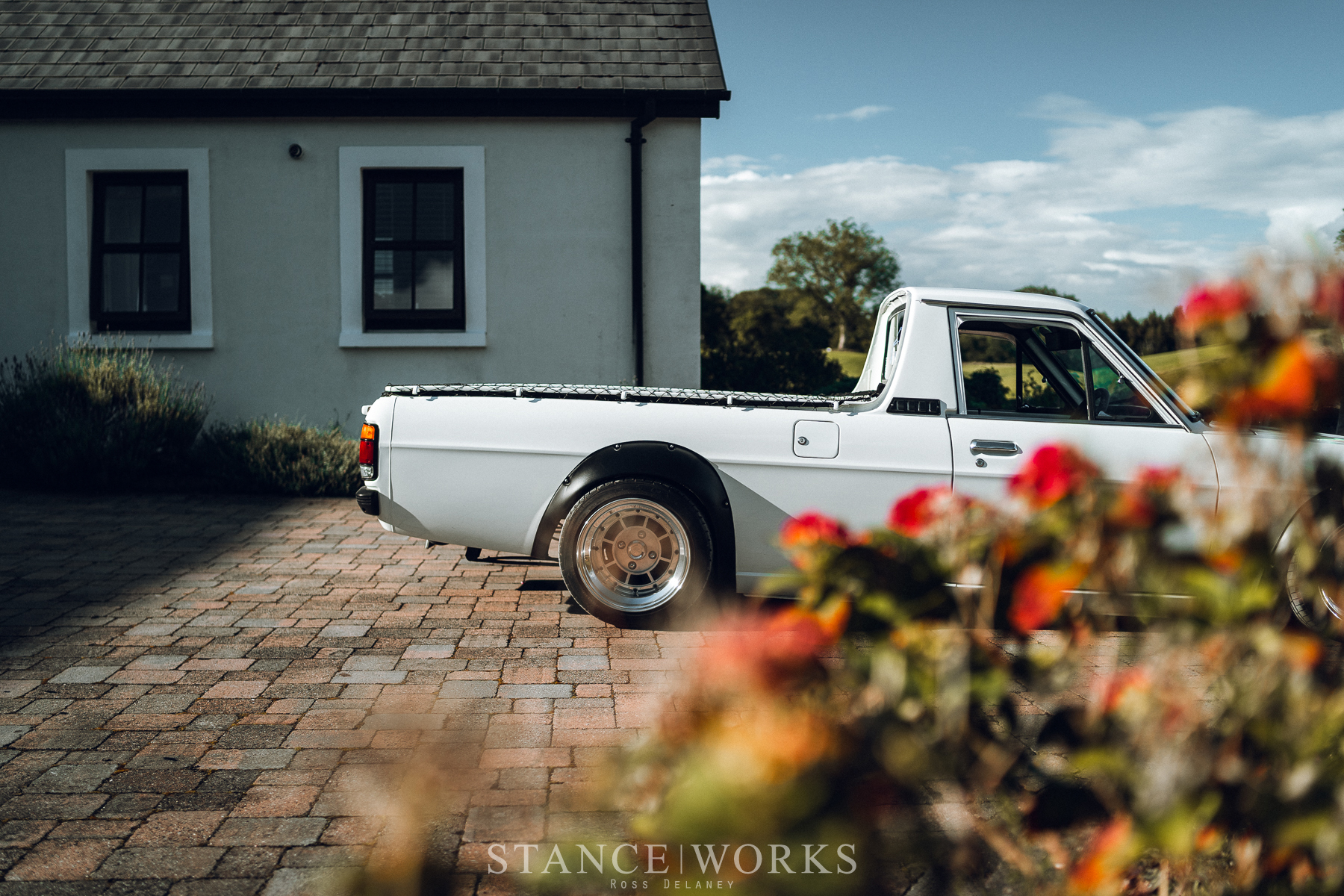 Alan iterates that cutting up the body was perhaps the most challenging part of the build, at least emotionally. "It’s was hard because it was nearly all original. Only one panel on the truck was painted before, and here I was about to hack it all up. But now it’s all done I’m well happy with it," he says. The arches, from 09 Racing in Japan, were mounted, and further exterior changes include a front-end retrofit with 7" round headlamps, a chin spoiler, and flush-mounted turn signals. At the back, Alan shaved the tailgate bump stops but kept the bumper ends. Last but not least was a complete respray, by his own hand, in the factory "002" color code white paint. 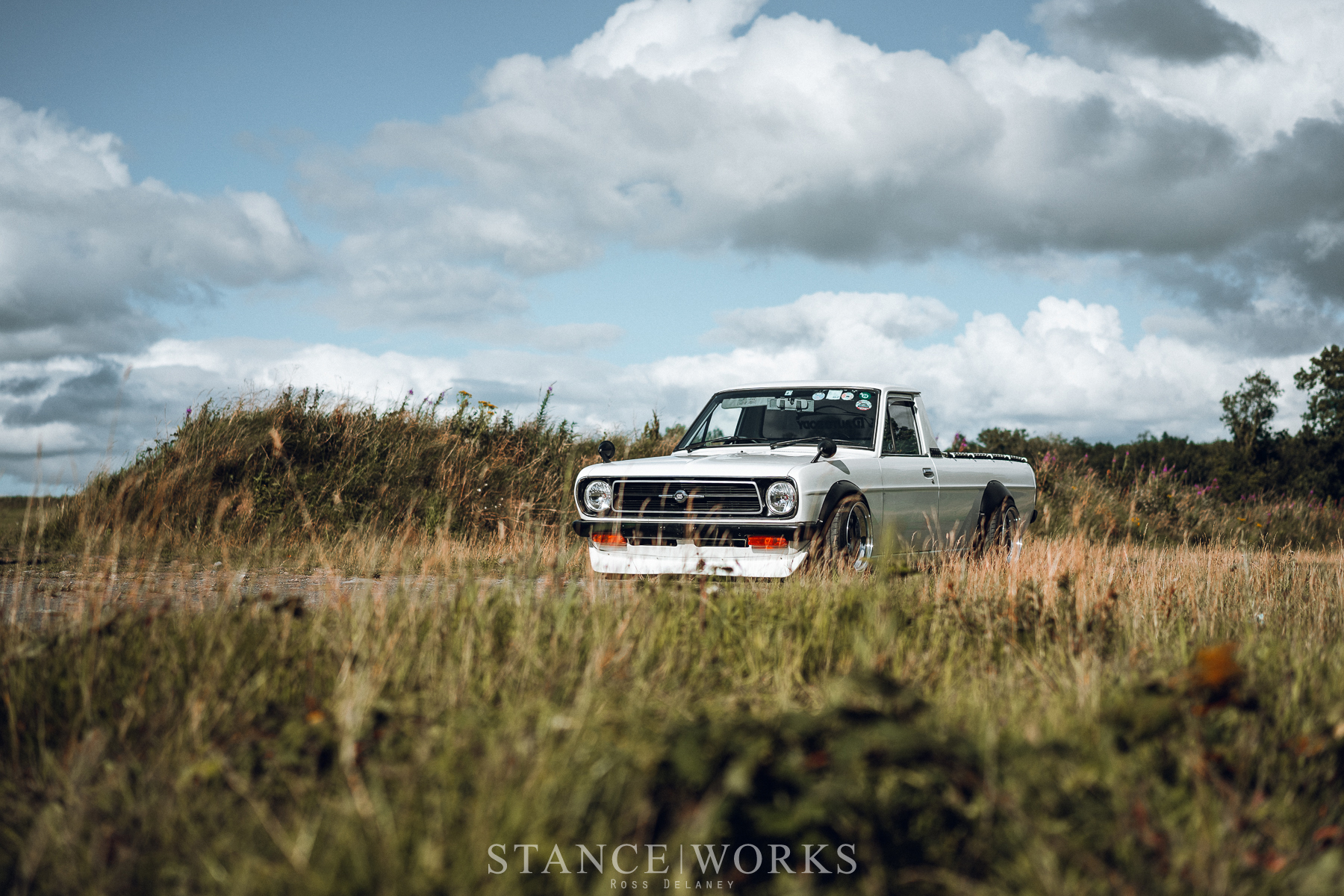 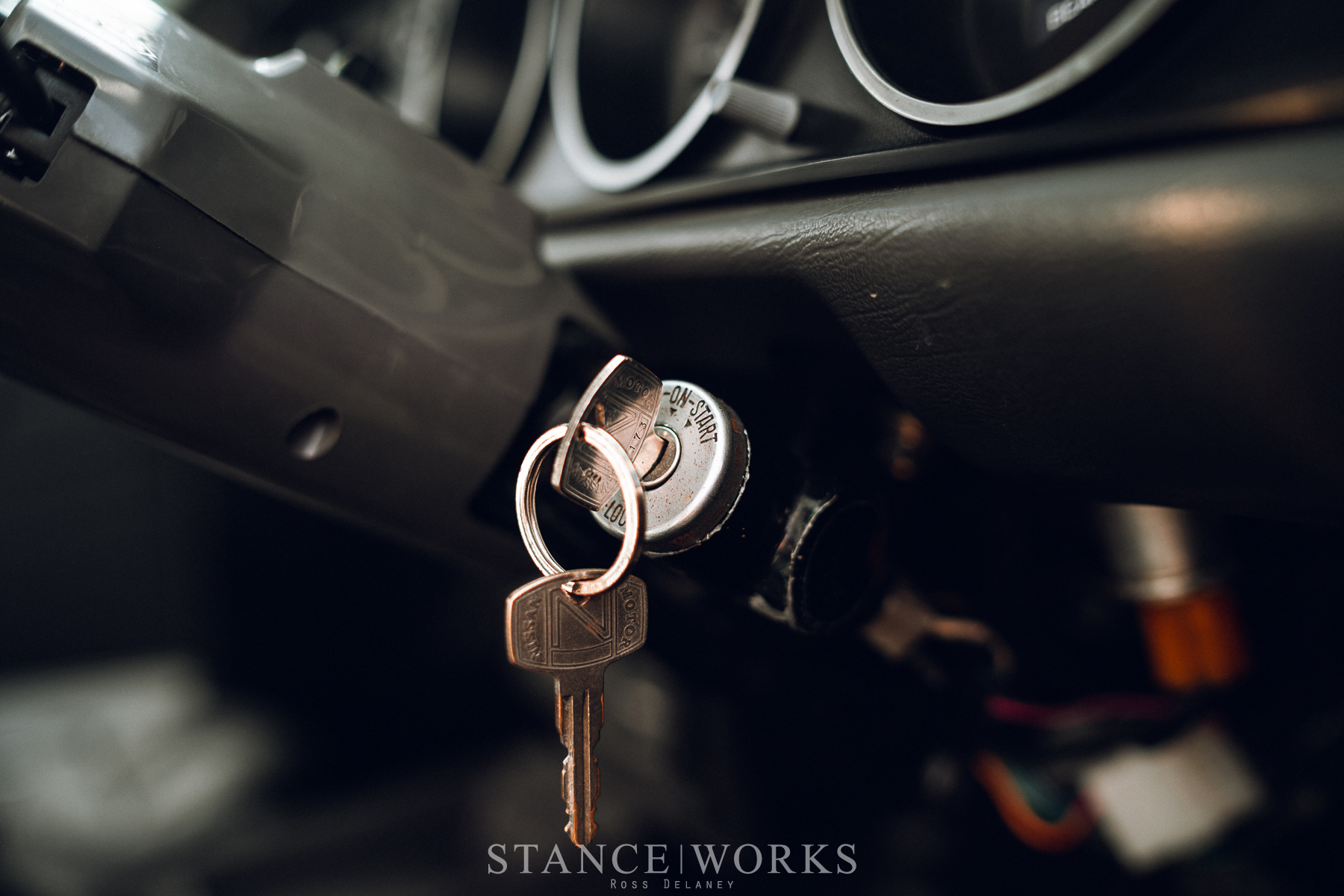 The truck arrived from Japan with 13" Hayashi Streets on it, but Alan was looking for something with a bit more width. Eventually, with the help of Pine Engineering, had a set of Keystone Target Racing TR02s built for the truck, which fit the arches perfectly. 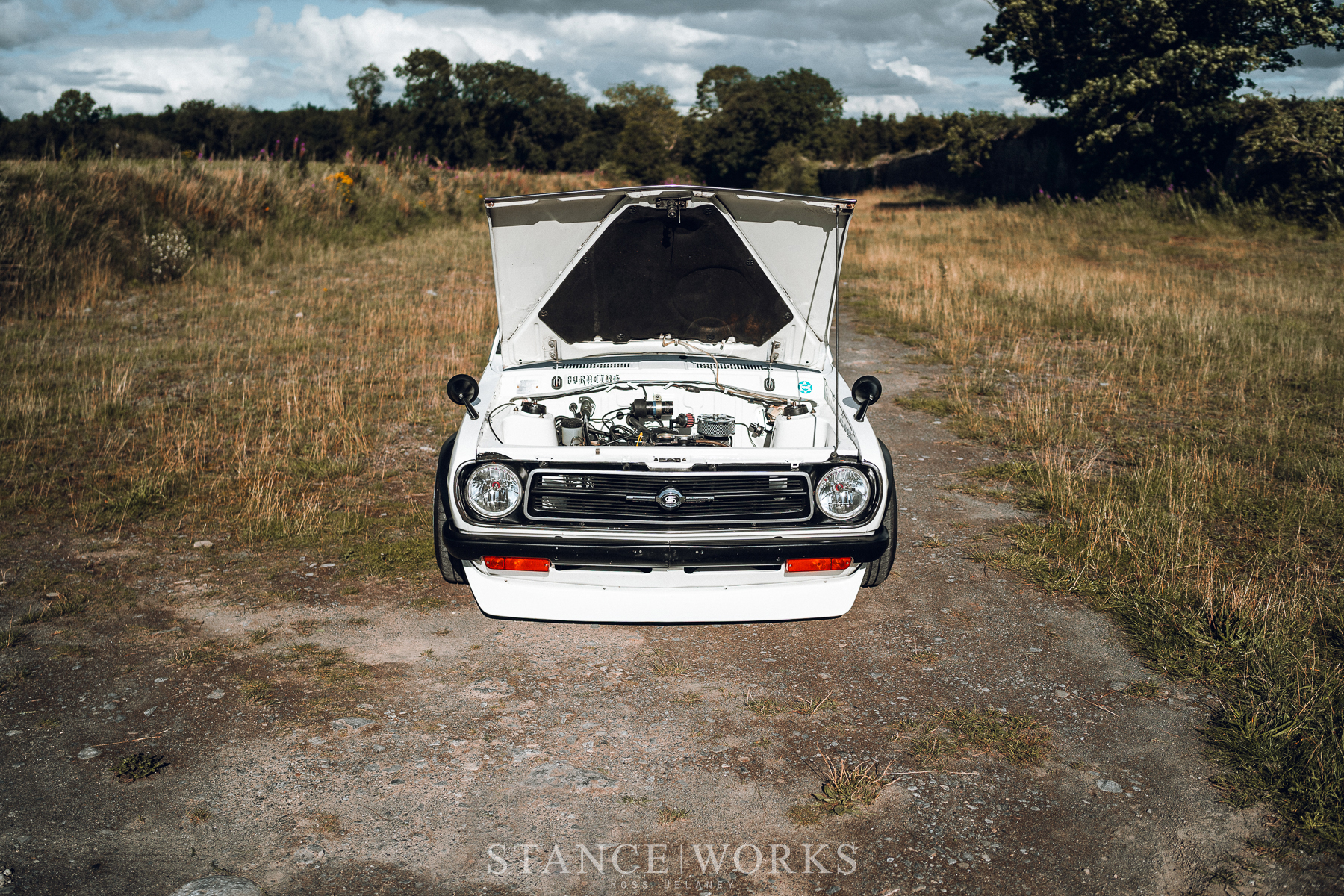 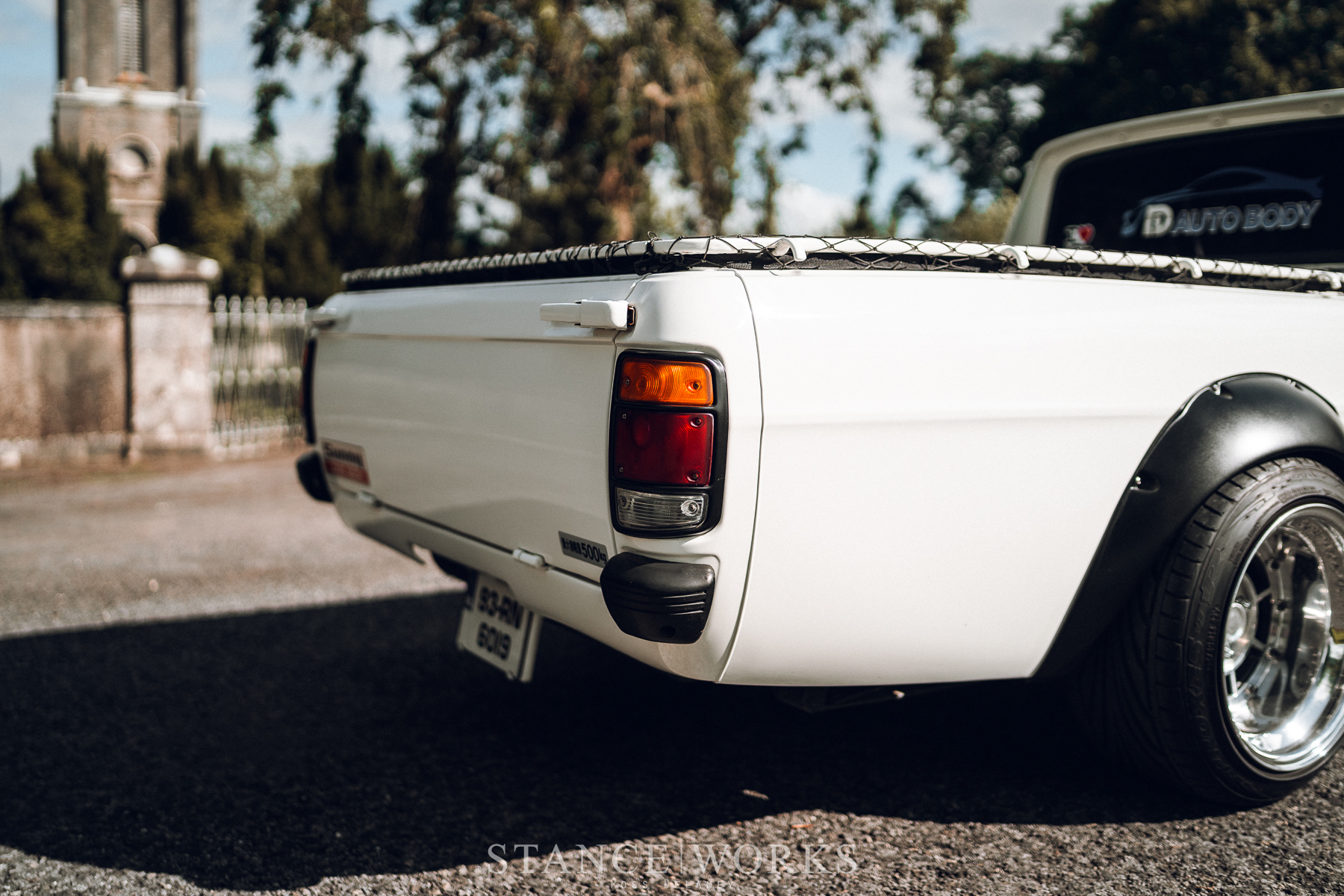 Under the hood, Alan eventually hopes for a 13B Rotary, but in the interim, he's put effort into simply cleaning up the factory A12 inline four. In the pint-sized cab, he's kept it equally simple: 09 Racing seats, Takata harnesses, and a Nardi wheel are all that are needed in an otherwise bare, utilitarian cabin. 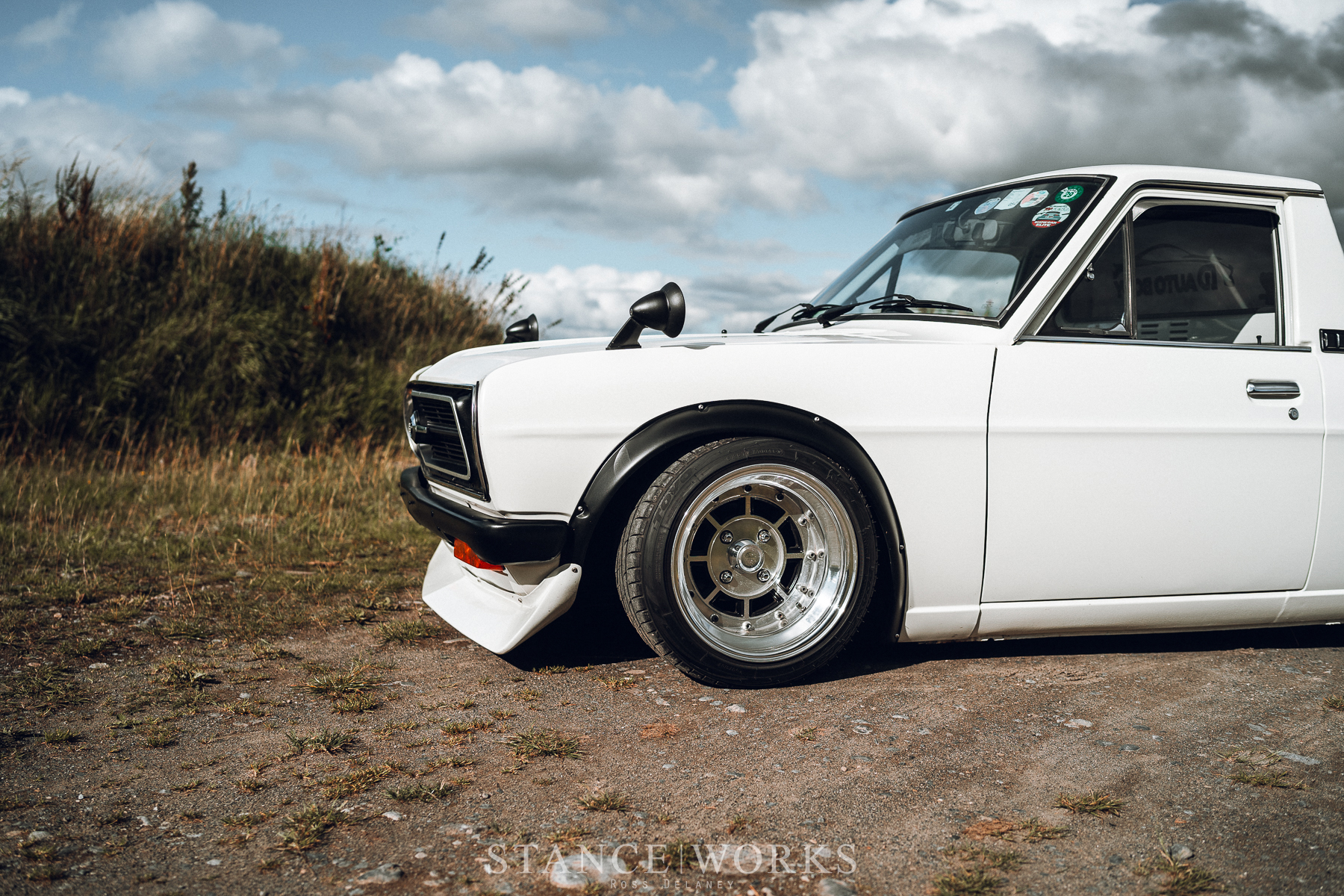 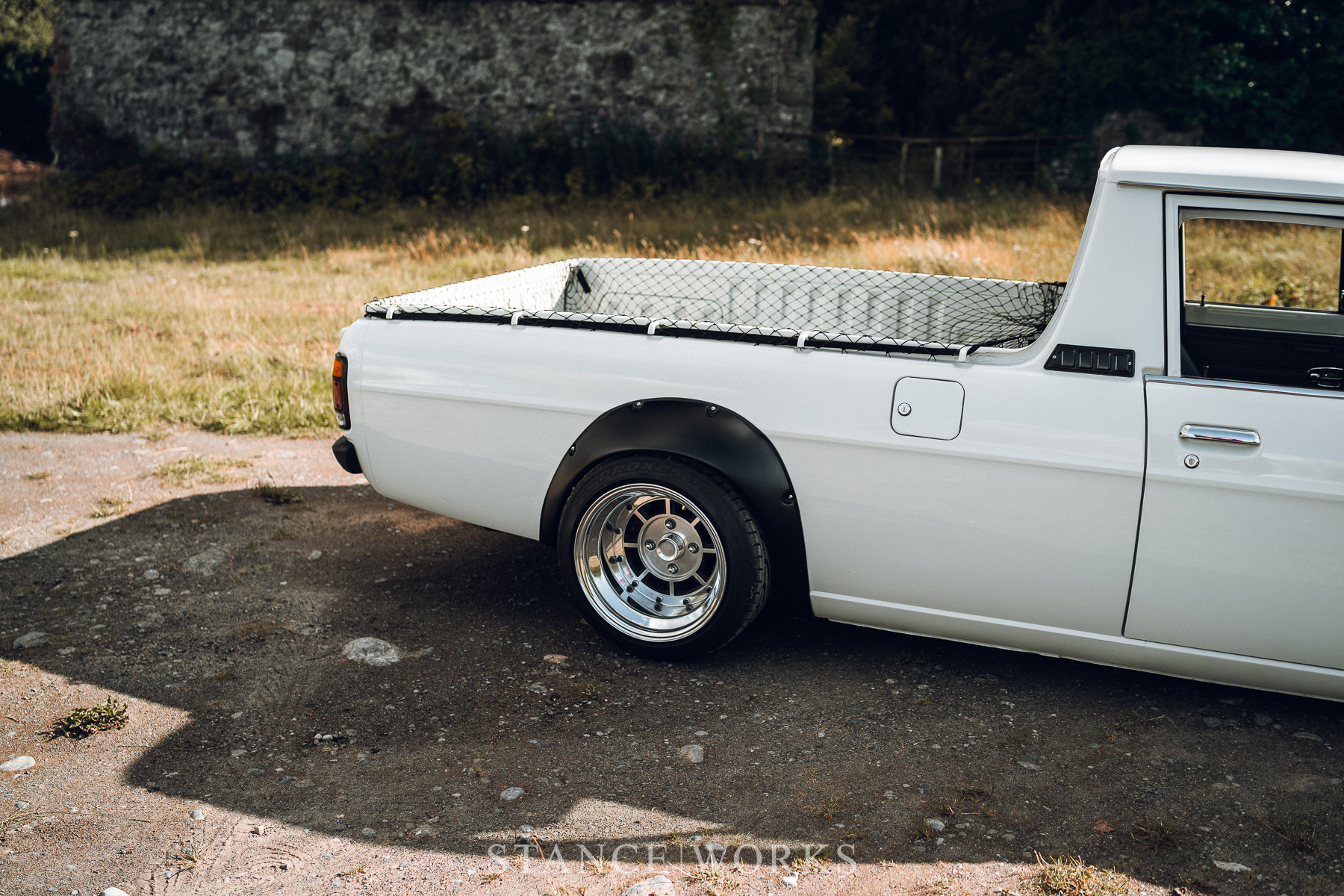 While it sounds like there's more yet to go, the project is undoubtedly a success, and Alan's statements all exude a sense of happiness with the outcome. From plan to fruition, it was all predetermined, and by staying the course, we're blessed with feature cars like this one. 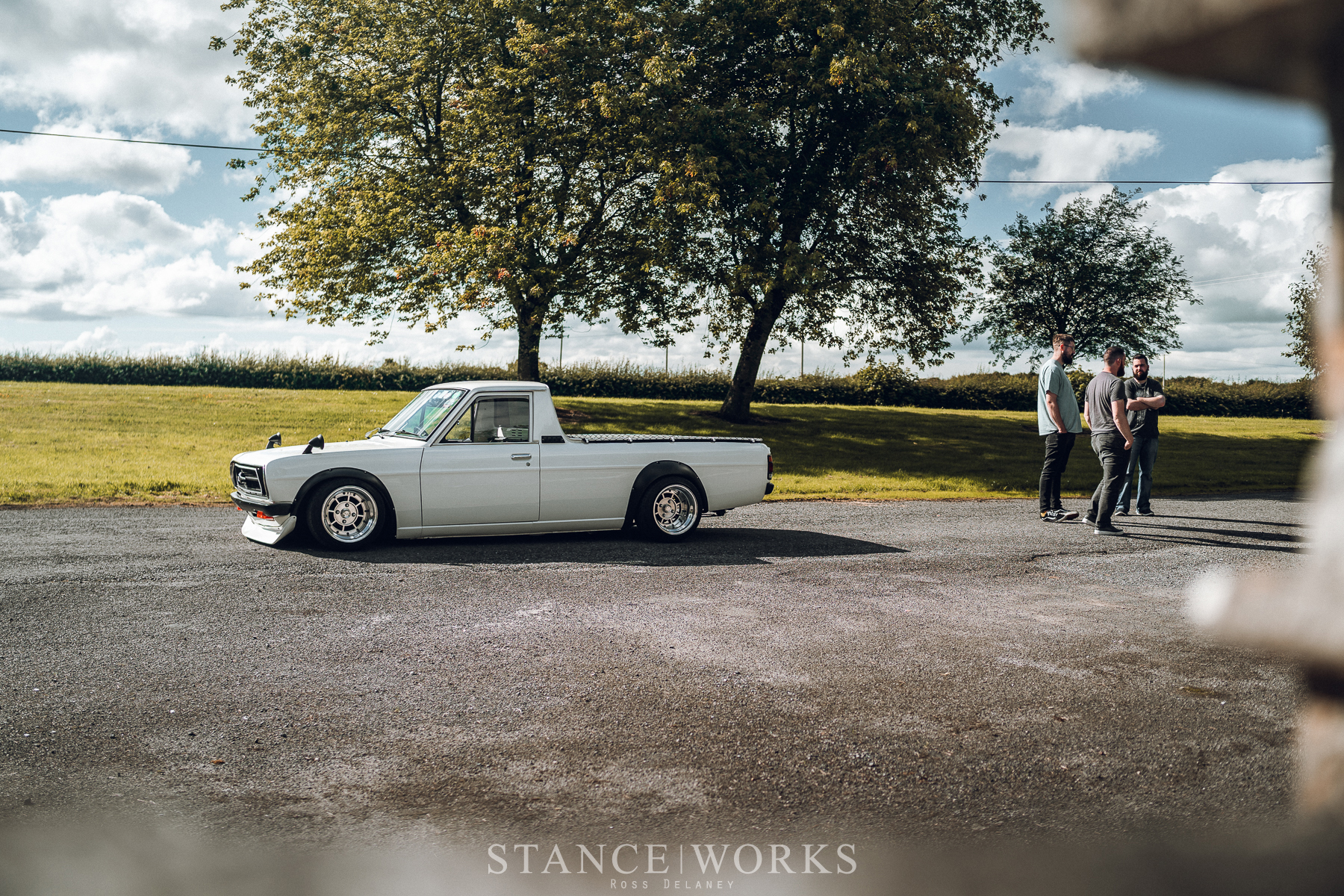