Krzysztof Ćwiertnia competes in the Polish Drift Open series in a Subaru BRZ. The car was originally built by Dariusz Łuczak at RAK Garage in 2017. Back then the car was powered by a turbocharged 3.0 L 2JZ-GTE inline-six making 500-600 horsepower with a BMW five-speed manual transmission, 350Z rear end, and Infiniti diff. Since then the car received several upgrades. The engine’s displacement was increased to 3.4 liters and it now produces 800-900 horsepower. They also installed a GS7D36SG seven-speed dual-clutch transmission (DCT) from a BMW M4. The transmission is controlled by a HTG Tuning custom standalone transmission controller. 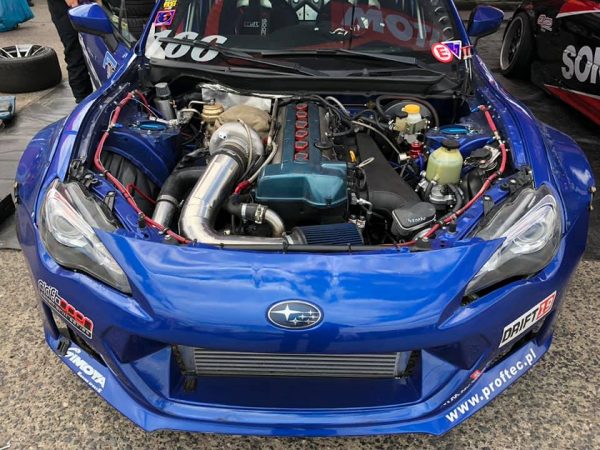 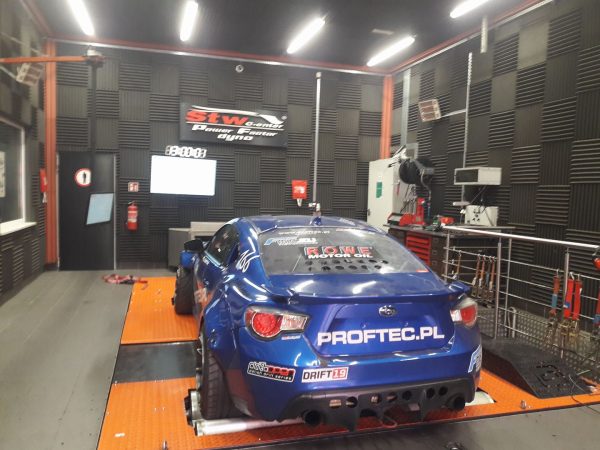 This video is from 2019 showing Krzysztof Ćwiertnia competing in the Polish Drift Series before the DCT transmission.