This 1994 Mazda Miata is being rebuilt by the owner @extech_mike after suffering a wreck last year. The talented fabrication saw it as an opportunity to make the car even better than before. The front now sports a custom tubular front end with tubular upper control arms. In the engine bay sits a turbocharged 1.8 L inline-four capable of 450 hp thanks to CP pistons, Manley rods, BorgWarner 5761 turbocharger, direct port water/methanol injection, and MegaSquirt ECU. The built engine replaces a turbocharged factory 1.8 L BP inline-four after it bent a rod. The owner plans to upgrade the stock drivetrain over the winter. 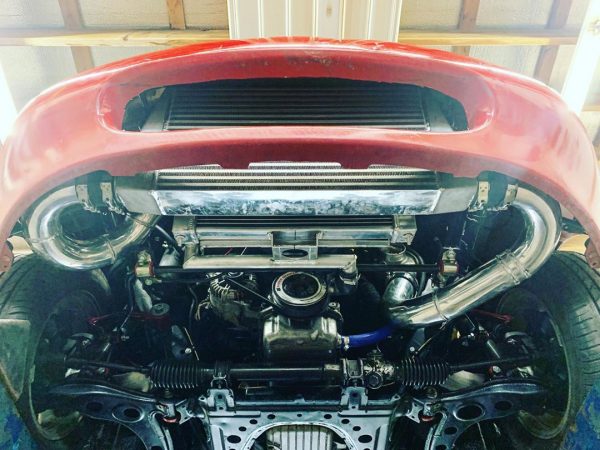 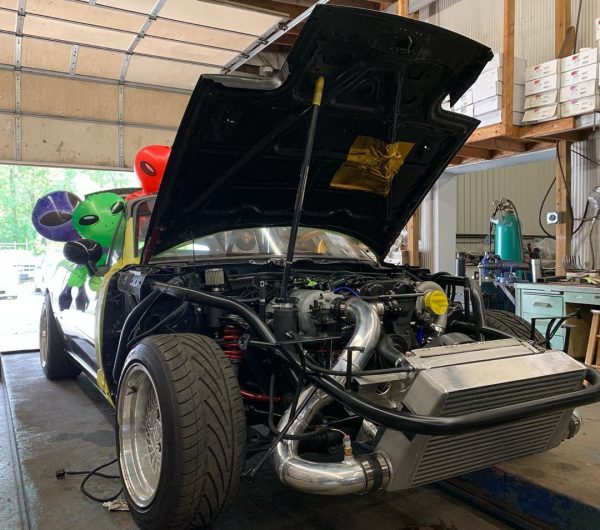 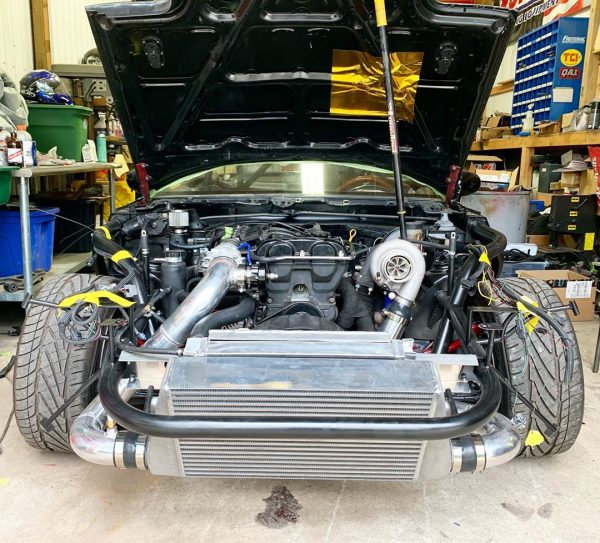 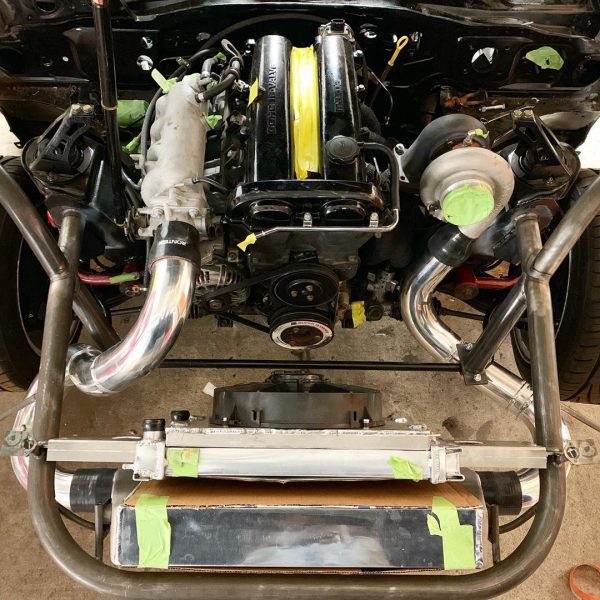 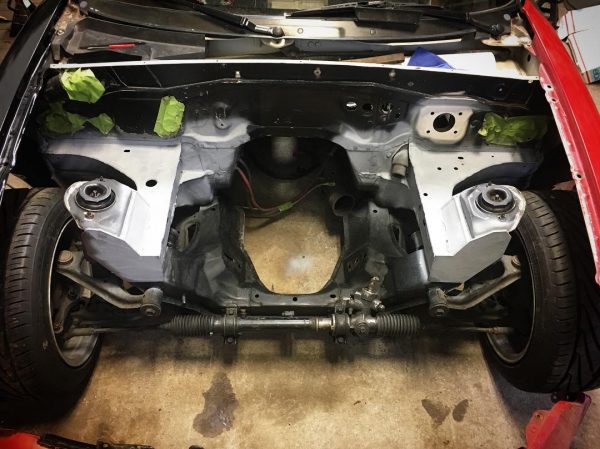