Some will say the Volvo 200 series is, by any measure, lackluster. Its only body lines are those that are required, and it's shape is that of the car we all seemed to draw in kindergarten. Its massive glass headlights are more reminiscent of grandpa's coke-bottle glasses than anything else. Peering through the windows, it's those undeniably "unique" headrests perched atop the seats that catch my attention, seemingly every time. The Volvo 240 platform is a bit of an odd one: it remains an oddball, a bit of a square peg in a round hole of automotive enthusiasm. Sure, there are Volvo Guys out there, but it's hard to acknowledge them without also acknowledging their inherent weirdness. After all, who's into Volvos? What's more odd, though, is that very depiction of the Volvo marque. The 240 is graced with lines that have aged remarkably well, hybridizing both old and new at the time of introduction in 1974. The Volvo's power plants have been heralded as bulletproof by some, are offered in factory turbo trim, and it sends its power to the rear wheels. With 2-door, 4-door, and wagon variants, it's astounding the marque never gained more traction. In ways though, it's a blessing: seeing a car like the one here becomes a treat above all else.  In more than 10 years of StanceWorks features, only two Volvos have graced the homepage, and by any measure, that's far from enough. Here's the latest dive into a vehicle's aesthetics: Rainer Heitzmann's Volvo 244GL, photographed by Mike Crawat. 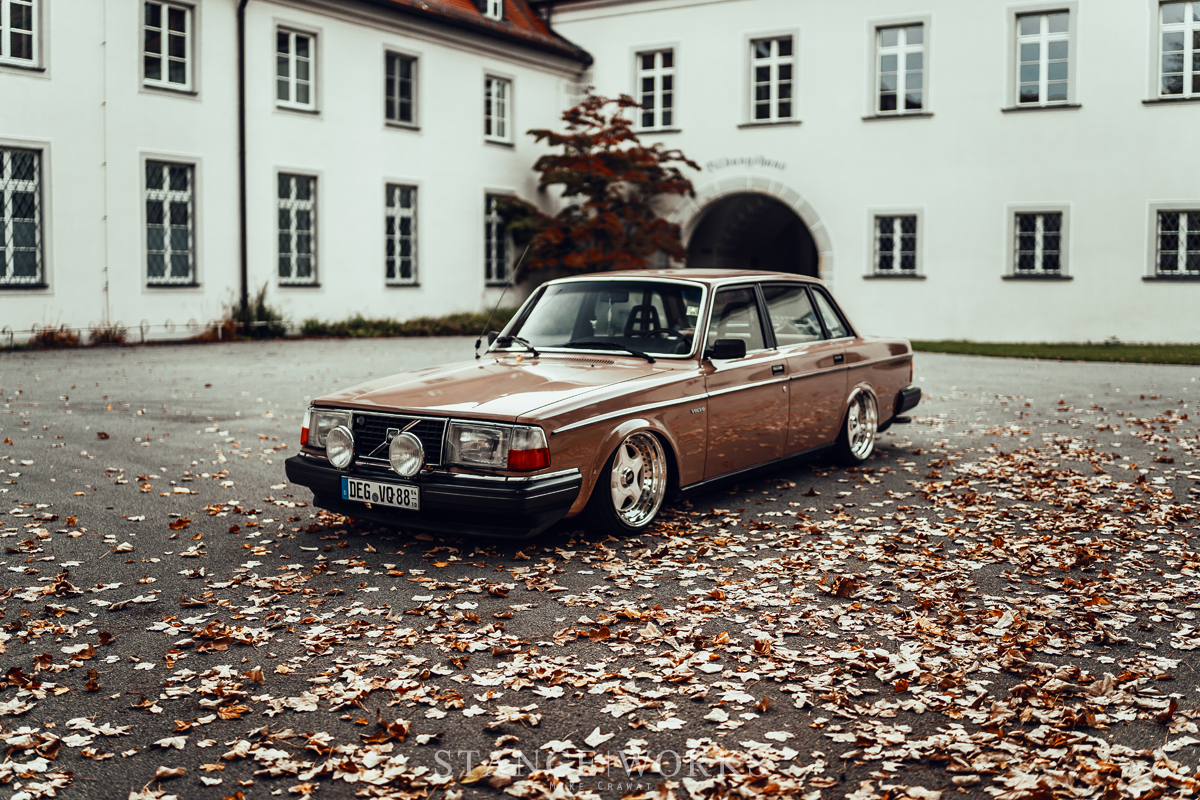 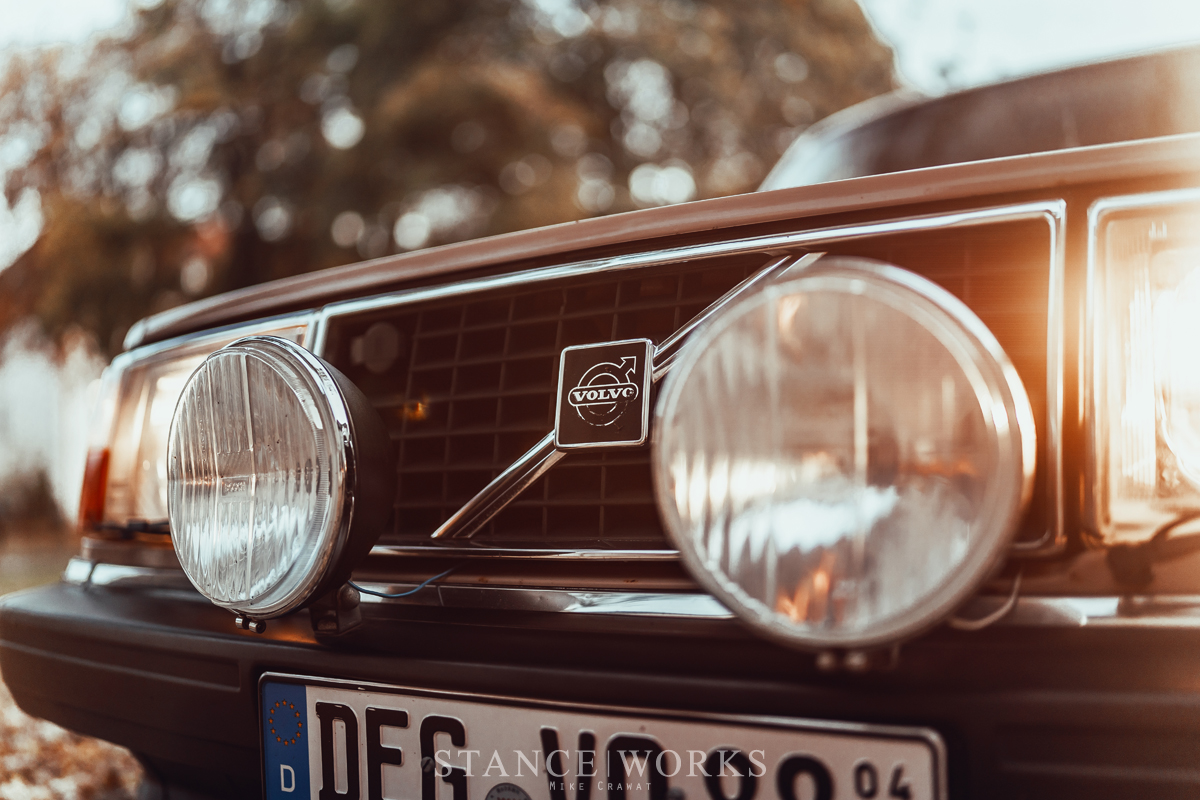 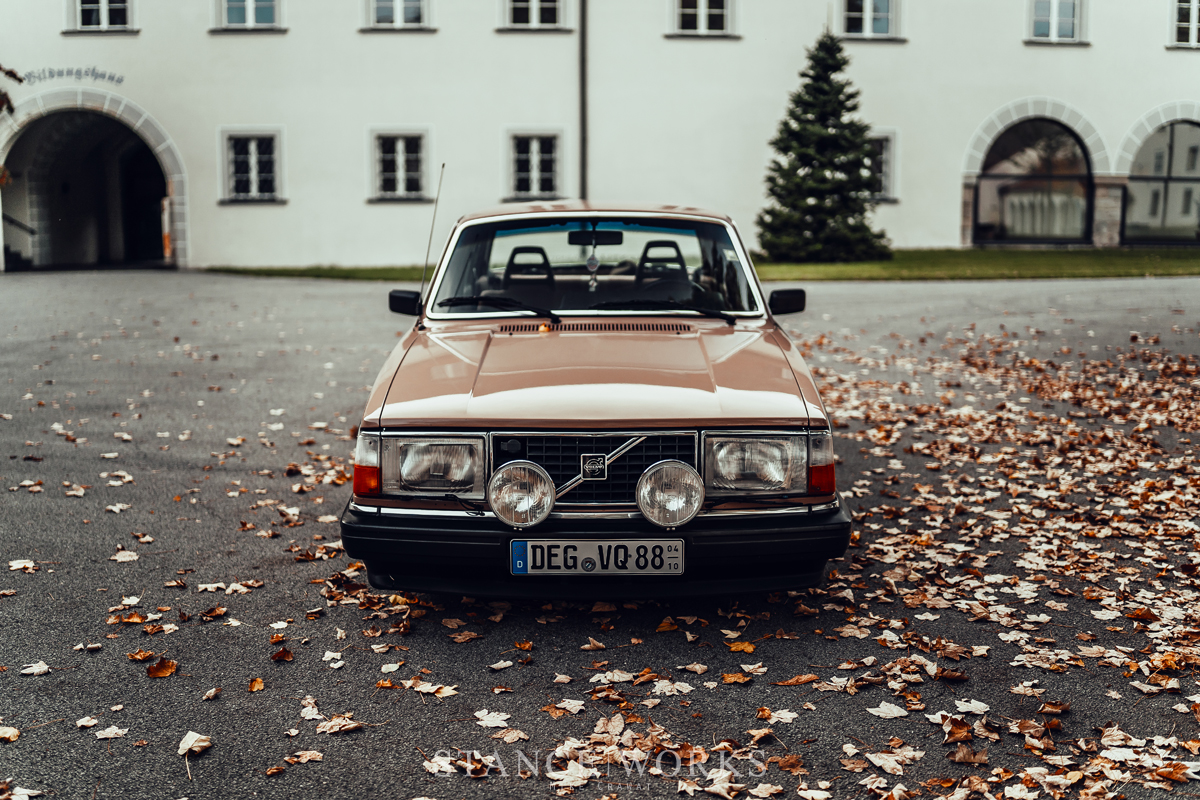 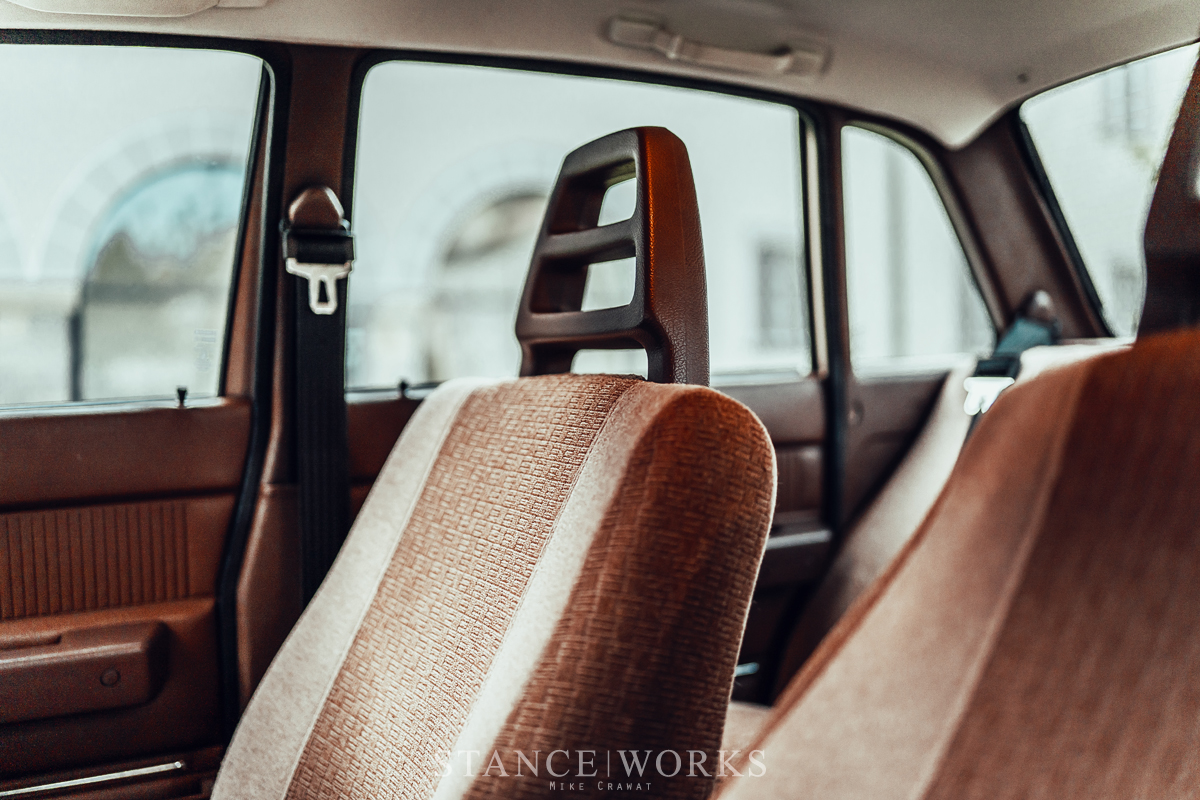 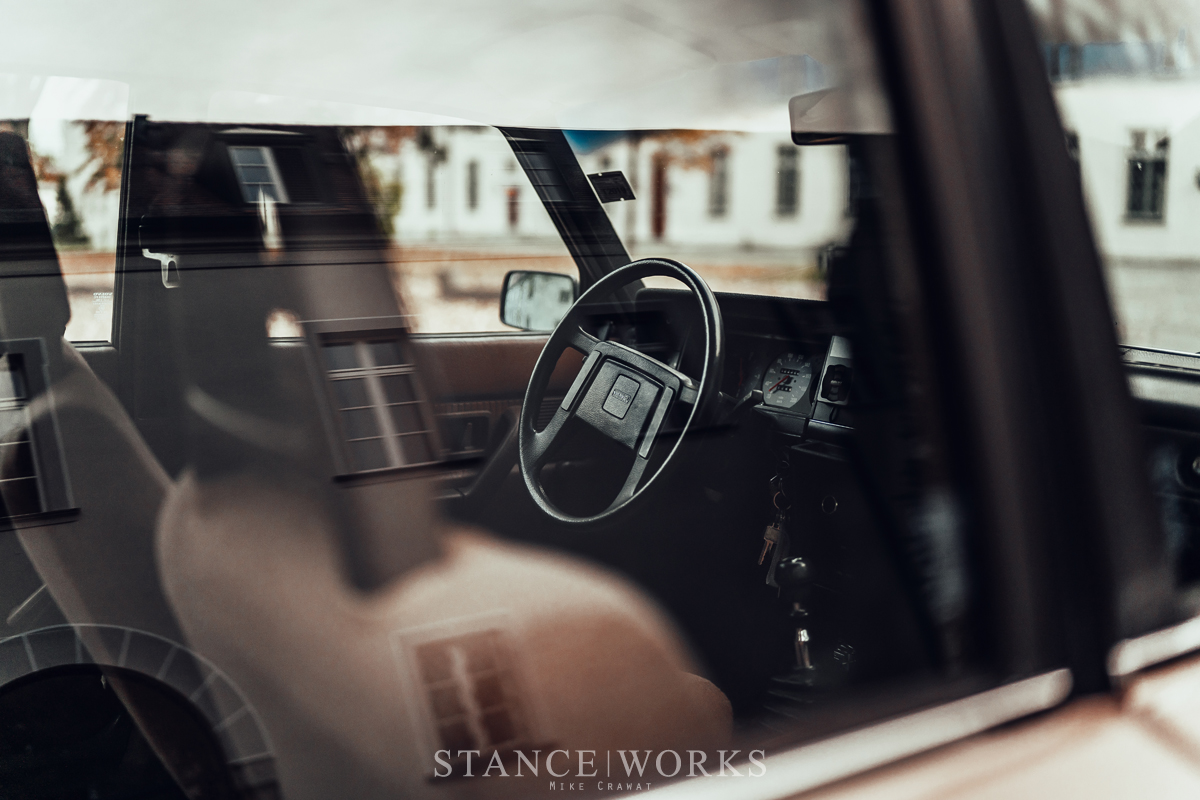 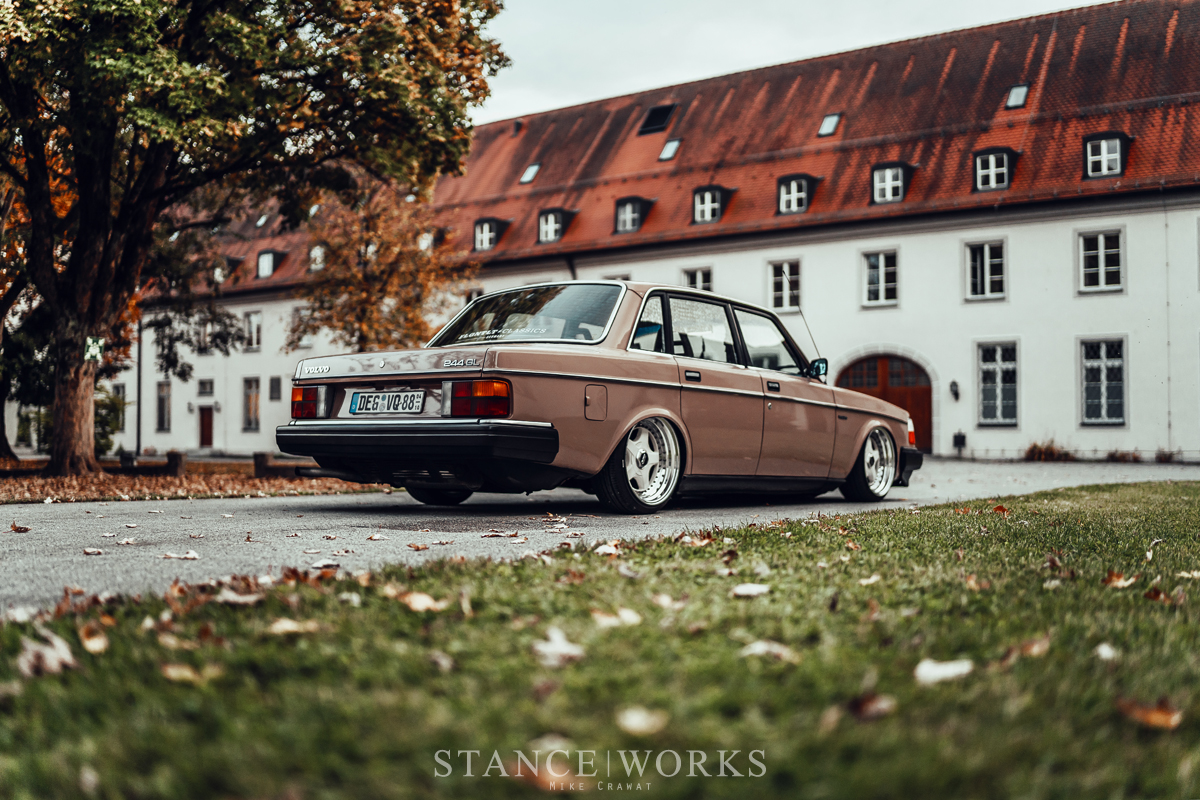 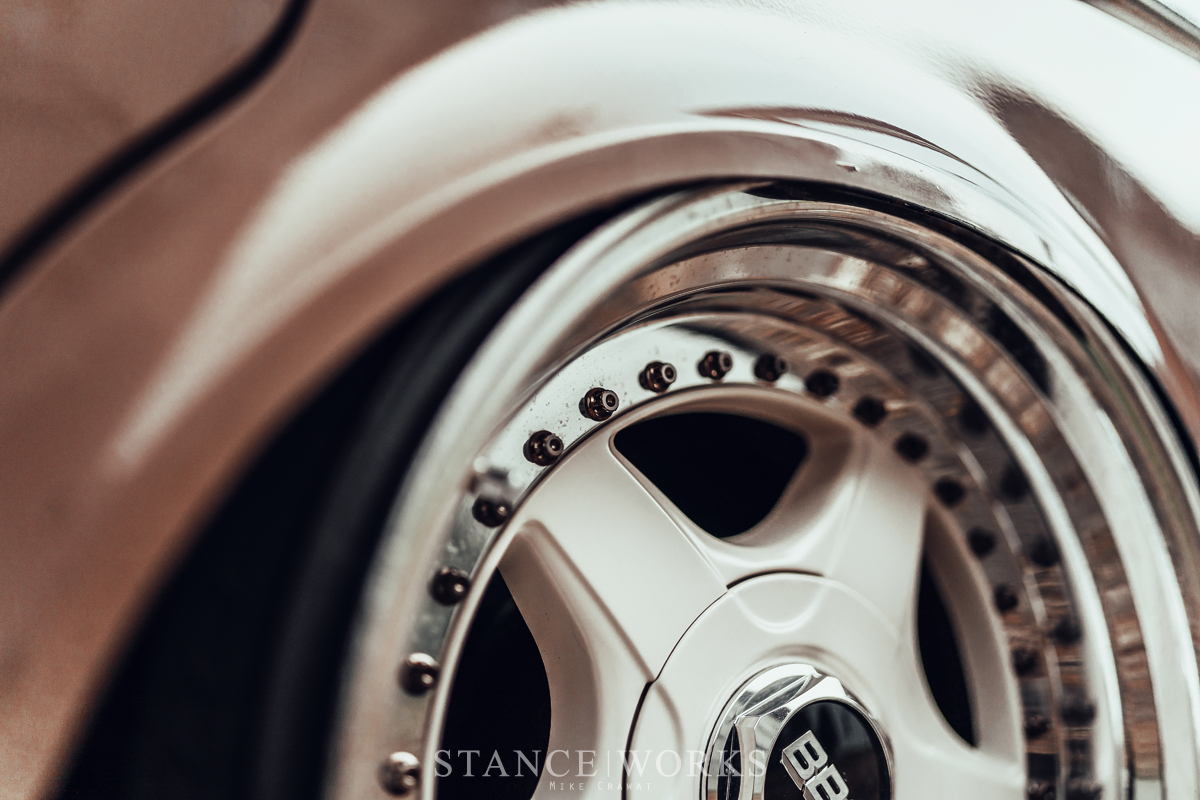 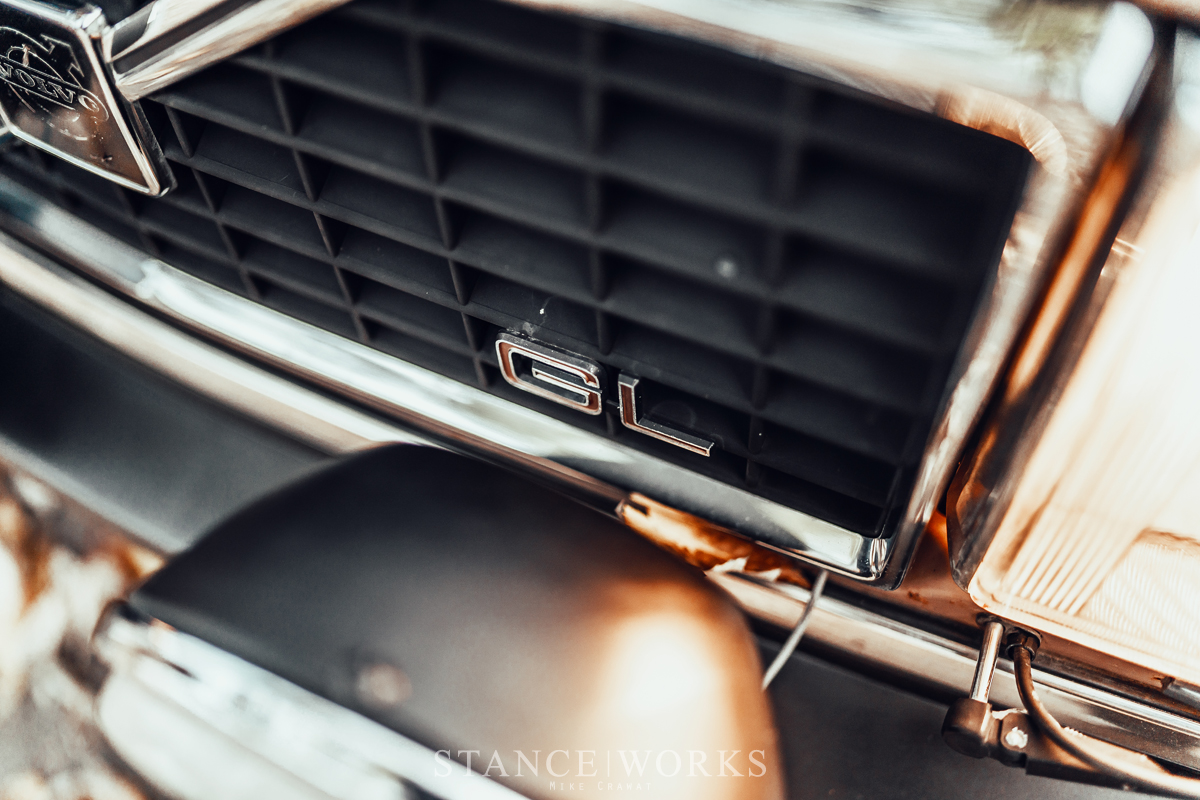 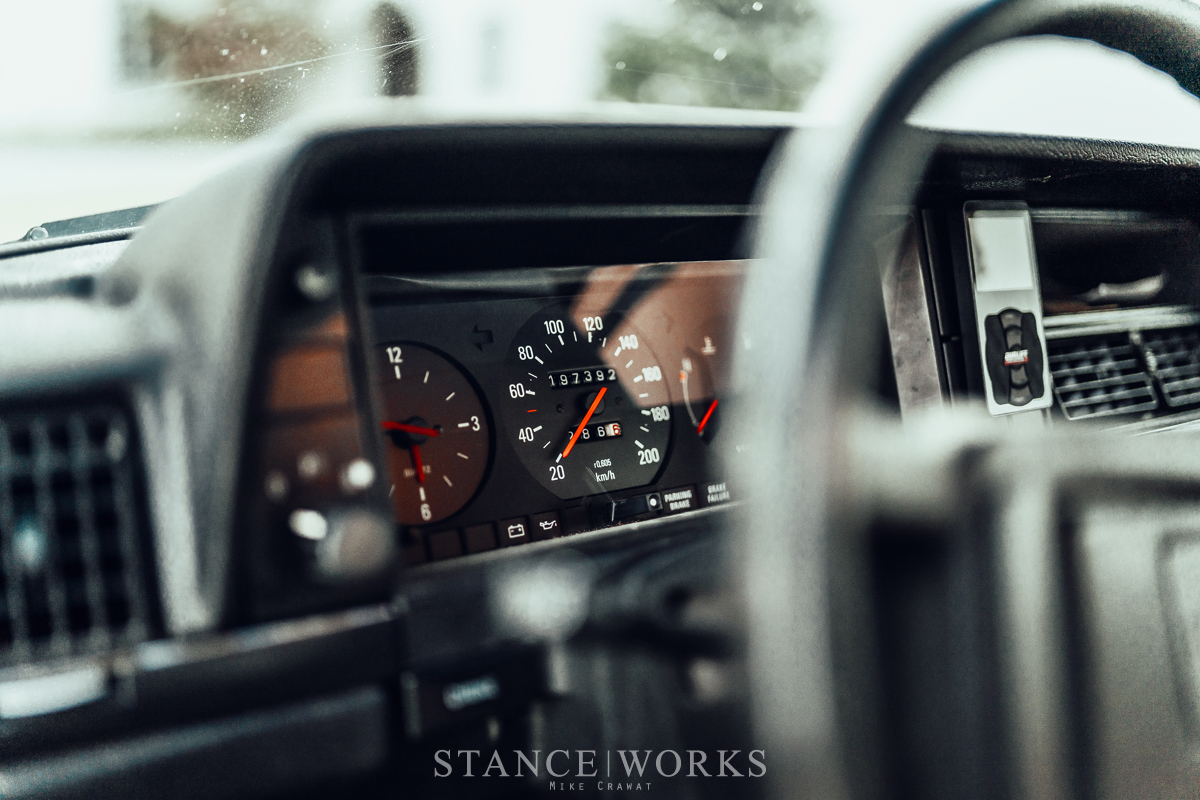 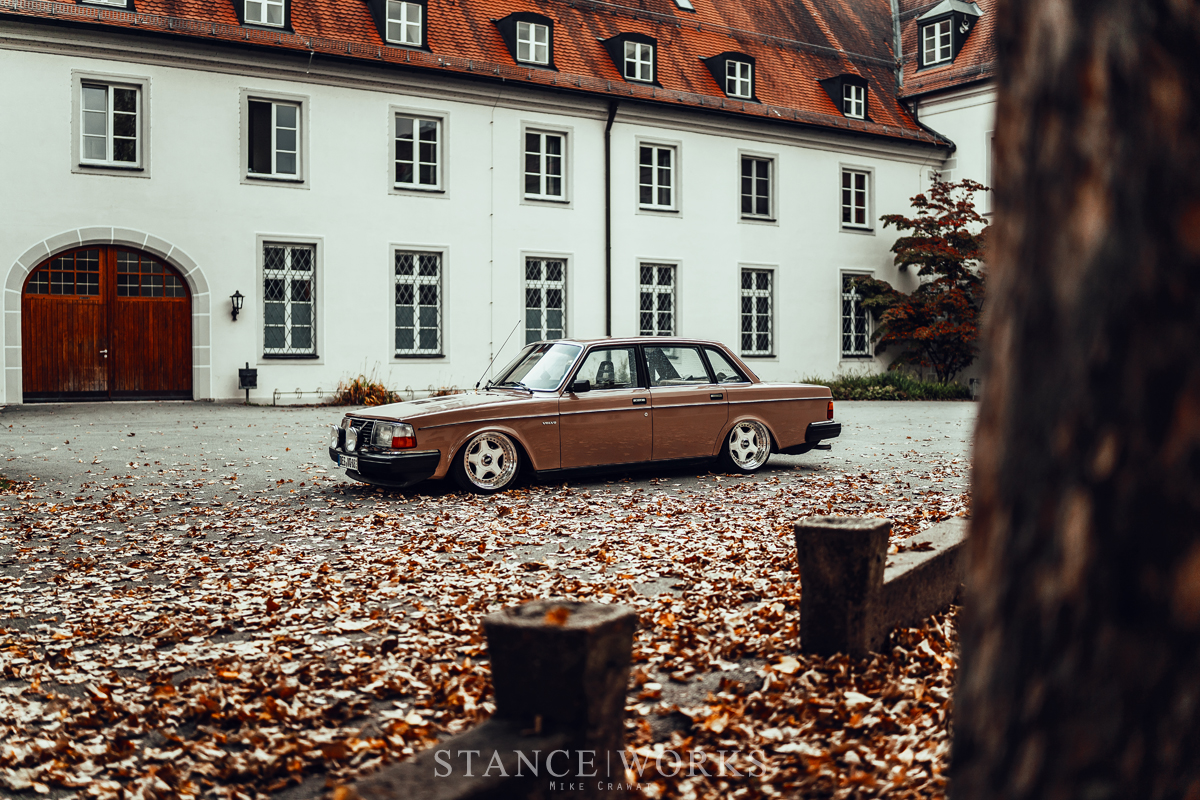 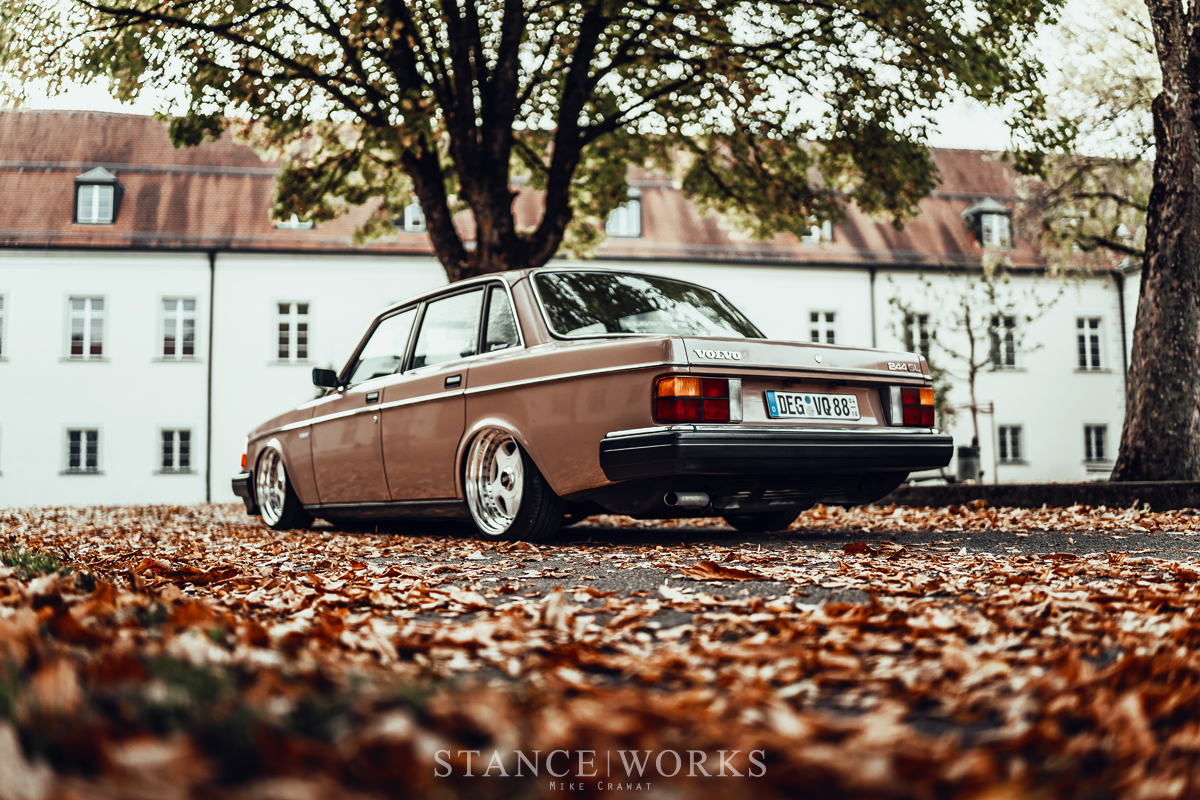 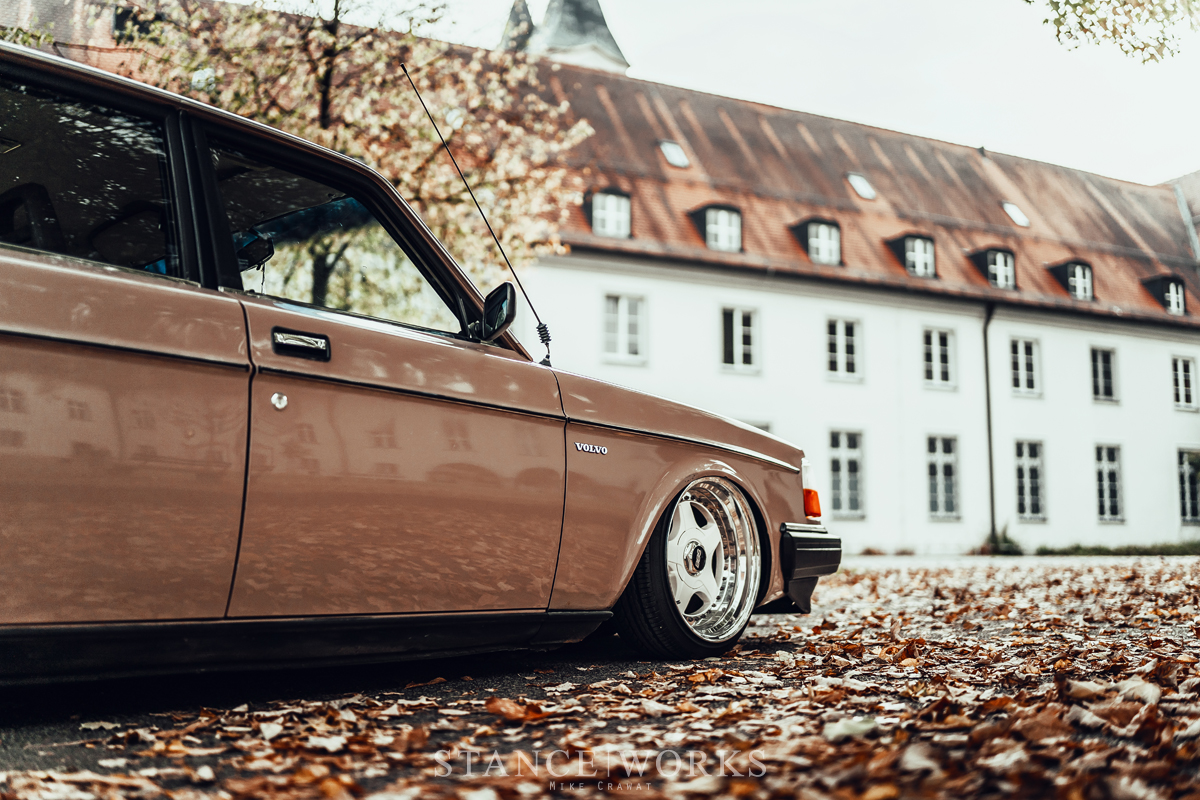 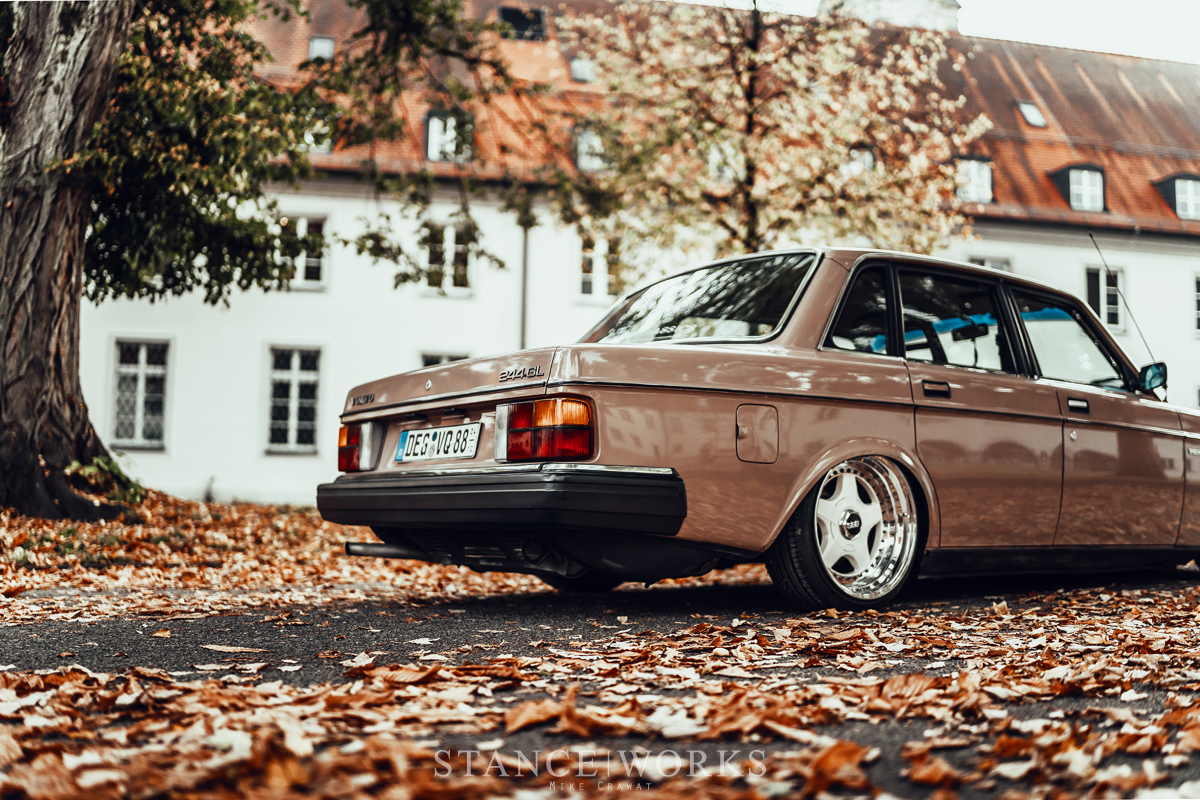 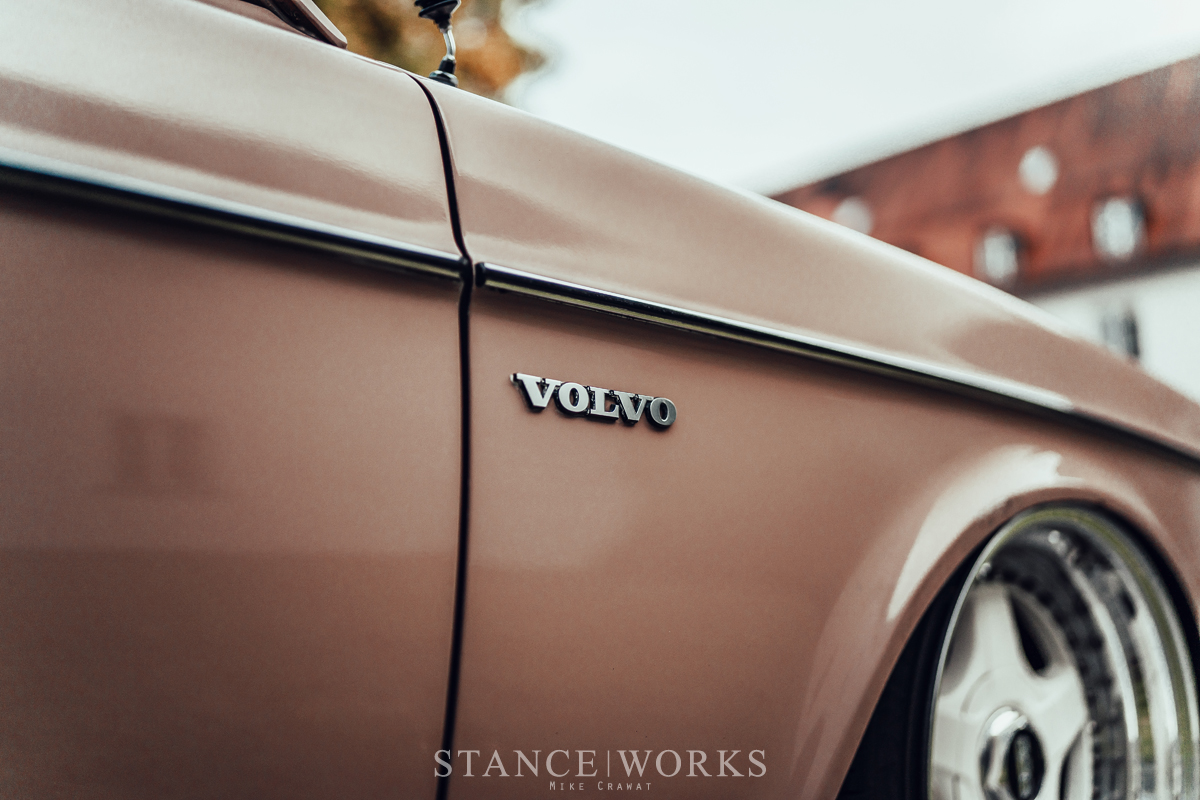 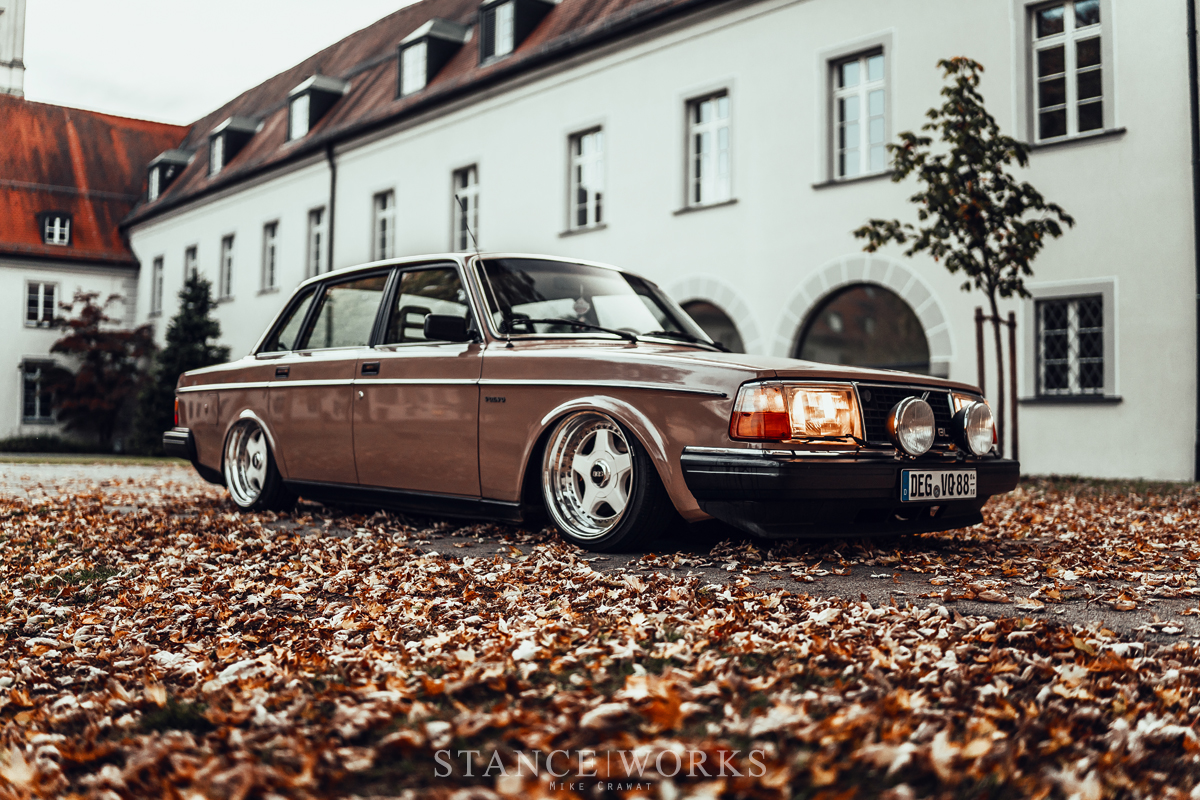