"Ford Sierra." Without the Cosworth name attached, it doesn't tend to bring about much excitement. In fact, the car failed to bring about much excitement throughout its entire life, even in the beginning. Announced at the British International Motor Show in 1982 as a replacement for the famed Ford Cortina, the Sierra was met with mixed reviews. Known by many as the "jellymould" thanks to its at-the-time futuristic "bulbous" body lines, it's a car often forgotten outside of its Group A and Rally racing roots, thanks to the RS500. 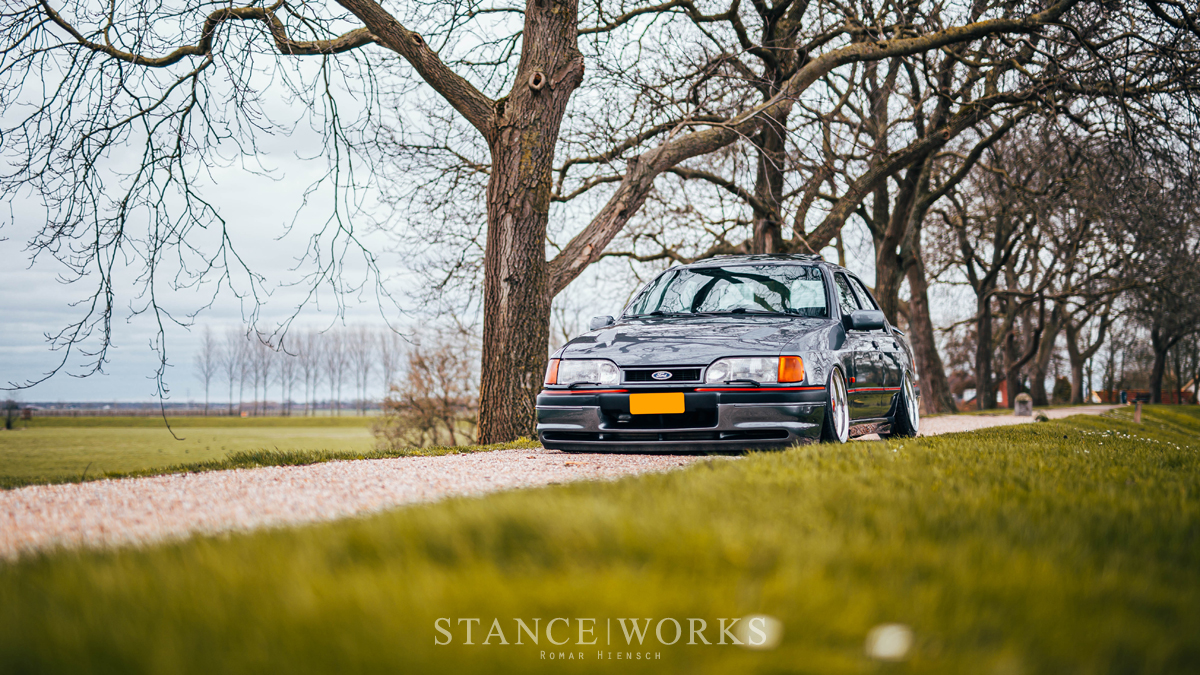 There's no denying that it's the Sierra's 3-door hatchback layout that receives any and all of the recognition, leaving the Sierra Sapphire -- the sedan counterpart introduced in 1987 as part of the "MKII" facelift update -- as little more than a forgotten appliance for laymen of the late '80s and early '90s. To see one today, in any kind of noteworthy condition, is a surprise in and of itself. To see one that impresses? Leave that to Dennis Hommel and his Sierra Sapphire 2.9 LX. 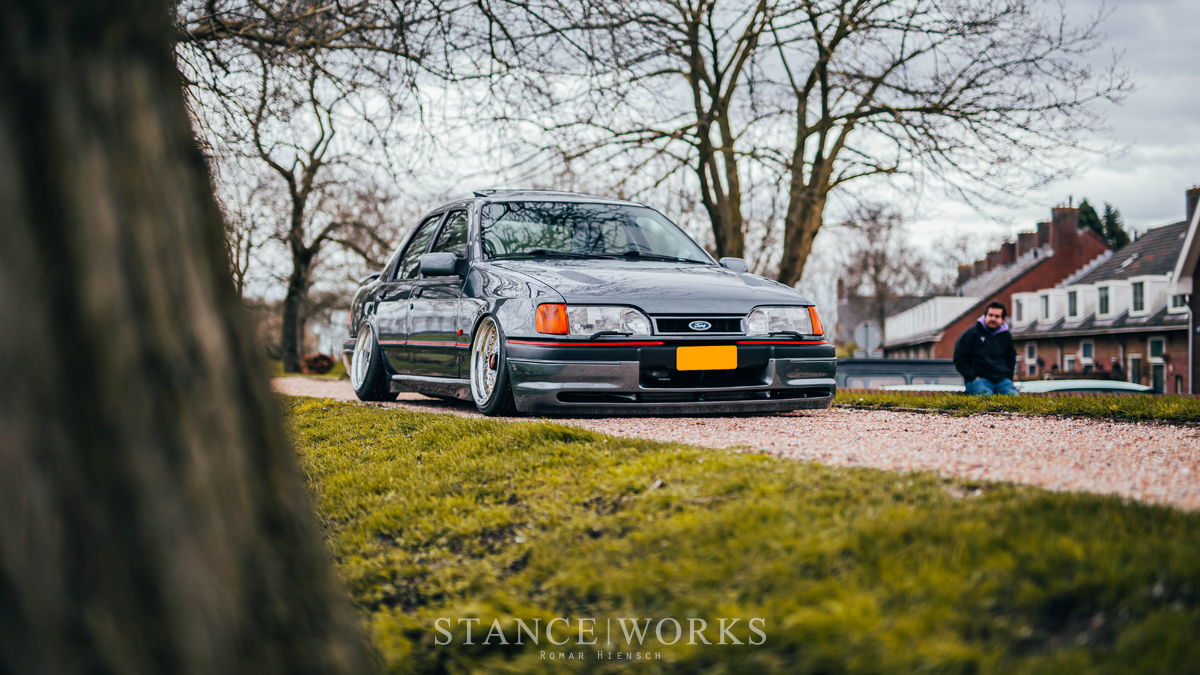 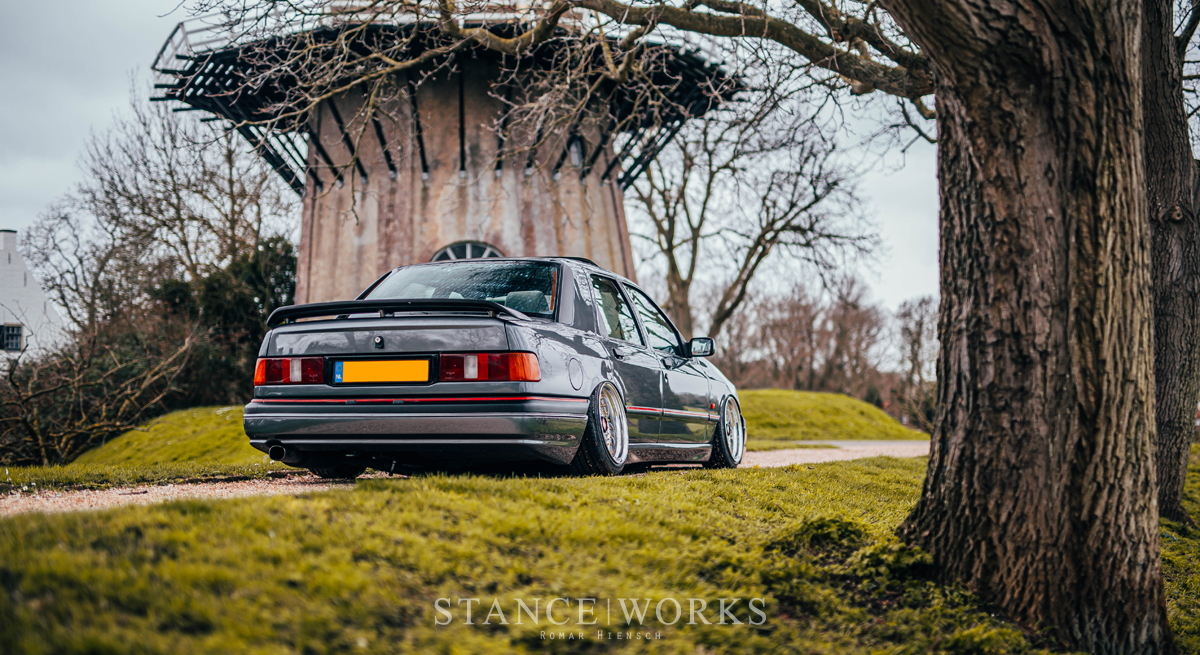 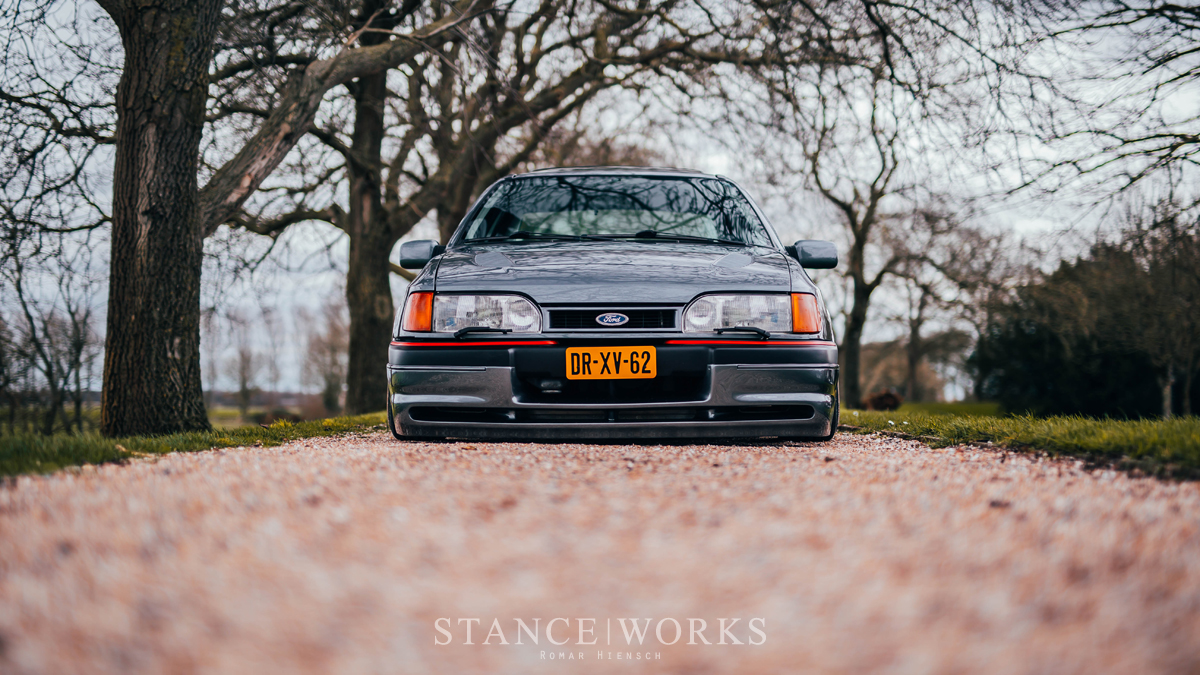 For the uninitiated, it's worth taking a gander around google to see exactly what a Sierra Sapphire looks like in stock form. To say it's uninspiring is giving the car too much credit, and to see a useful canvas for a build is something few, or perhaps only Dennis, is capable of. When he first acquired his example - adorned in faded white paint and as bland as they come - he knew exactly where he was heading. 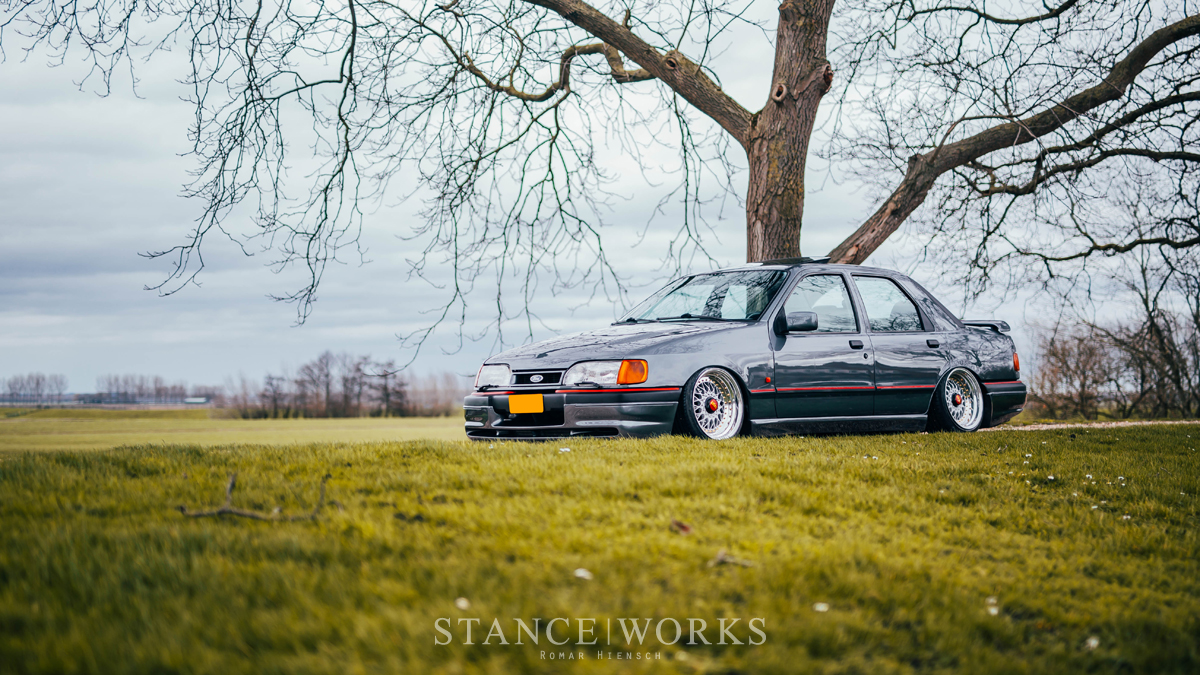 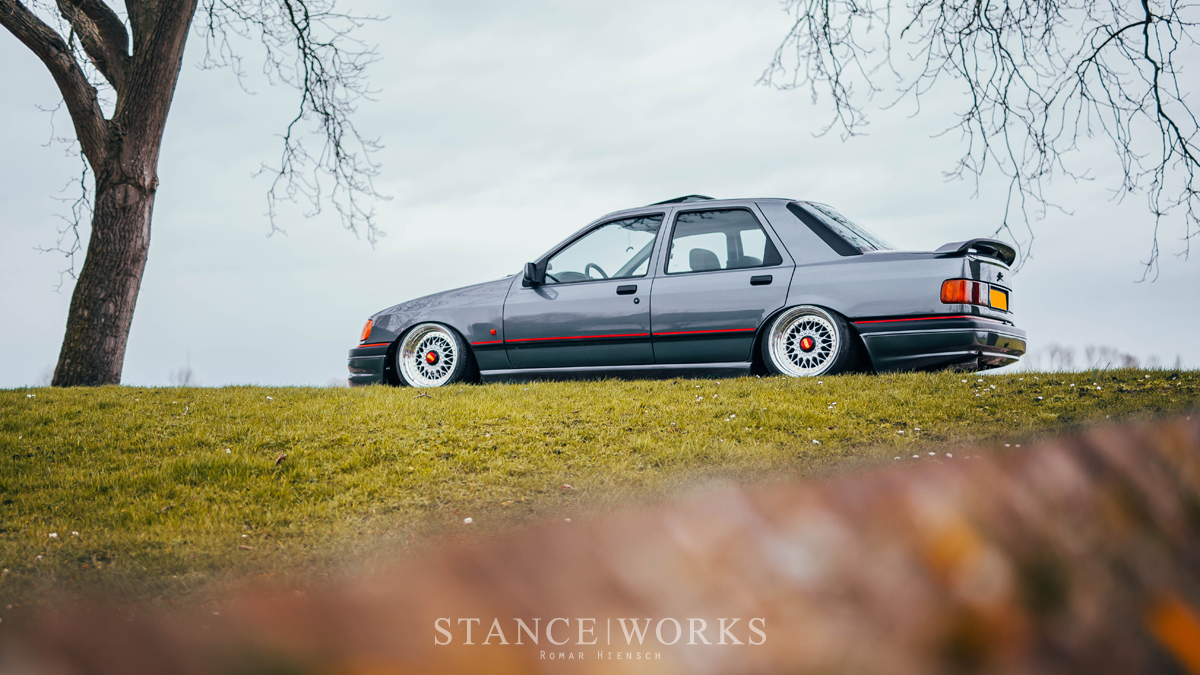 Dennis had his priorities in order: he was quick to get to work on the car, installing a custom Air Lift Performance crafter package along with 3H management to slam the car to the ground before anything else. With the stock wheels and tires completely swallowed by the car's arches, he set out to build a set of custom drilled and stepped-up BBS RS wheels, which play perfectly off of the original basket-weave style wheels the Sierra RS variants sported from the factory. 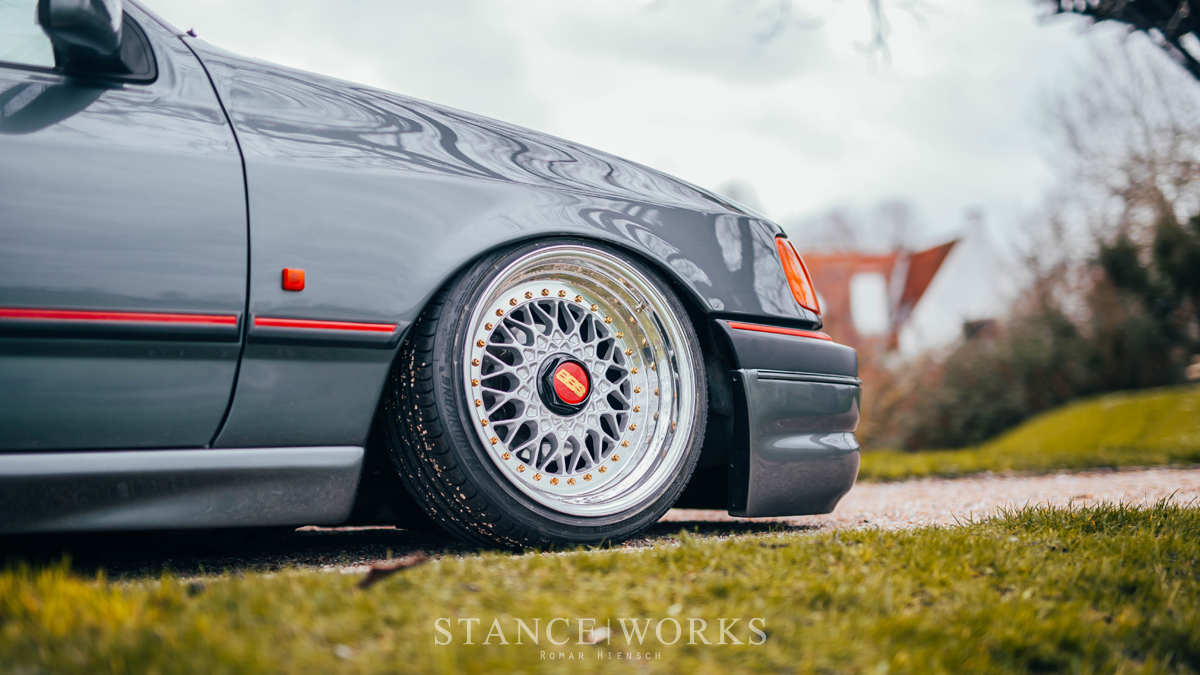 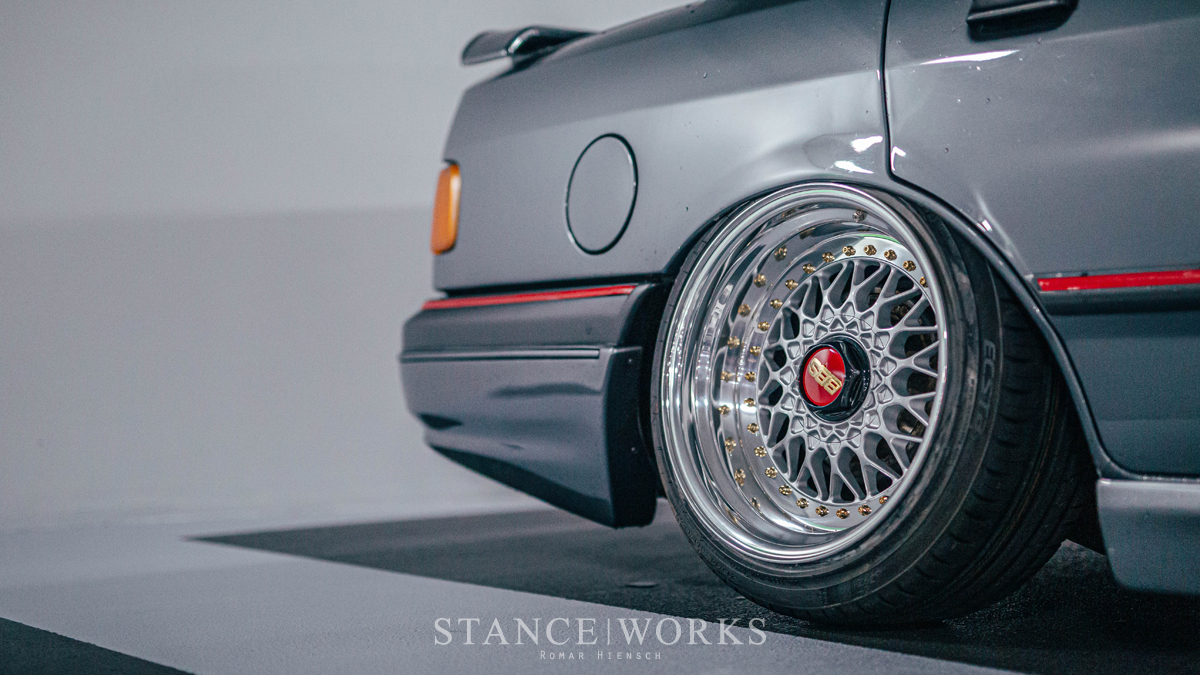 With custom halves, and the Air Lift Performance suspension bringing the fender gap to a complete close, the wheels fill the arches to the brim for a perfectly tailored wheel and tire package. Of course, the Sierra's exhaust lays flat on the ground, as a result. 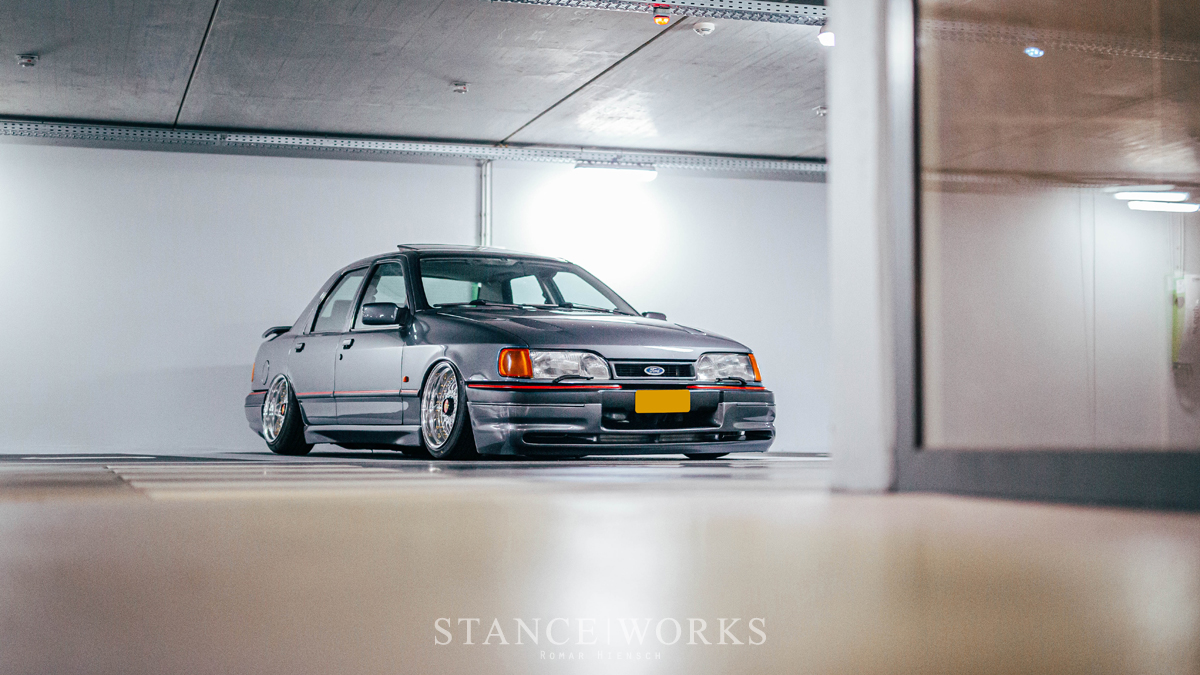 The Sierra Sapphire was offered as an RS model, although today, even the sedans can bring impressive figures at auction, often comparable to the E30 M3 market, for example. Dennis refused to let that be an obstacle, though, and at the end of last year, fitted an RS front end to his "LX" model family commuter. The 2.9-liter Cologne V6 under the hood isn't nearly as exciting as the Cosworth-tuned turbocharged 4-cylinders, but it is the largest engine that was fitted to the European cars, and pumps out a respectable-at-the-time ~160 horsepower. The RS-inspired theme continues inside, too, with classic Recaro reclining bucket seats, complete with colorful checked centers, are the main attraction. 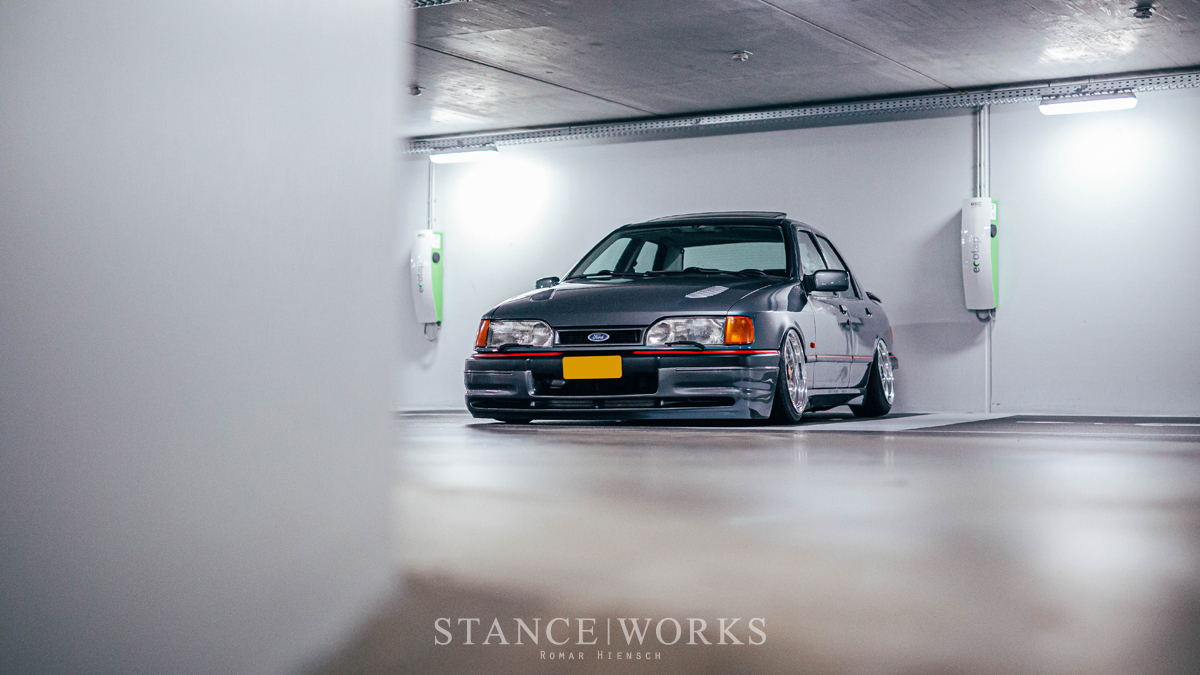 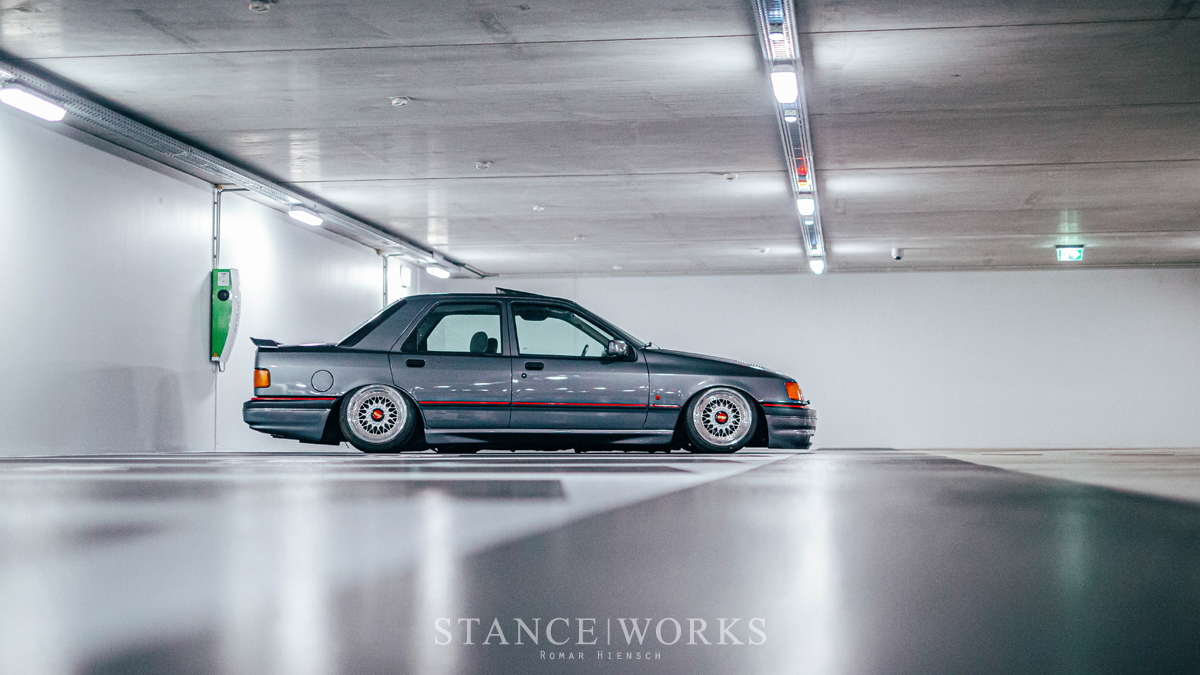 With the hood, grille, bumpers, and side skirts sorted, Dennis turned to the most important aspect of the finished product: paint. Just two months ago, the car was fully disassembled and hauled off to the body shop, only to make its debut in a fresh coat of a lustery metallic grey. Red BBS centercaps play off of the red bumper striping as a perfect finishing touch.

As a nearly-forgotten rear-wheel-drive European sedan, it's by almost any count, an oddity. Recalled in the history books almost solely by motorsports victories and the RS namesake, it's a refreshing take to see a talented hand modify one for folks like us. Great work, Dennis.