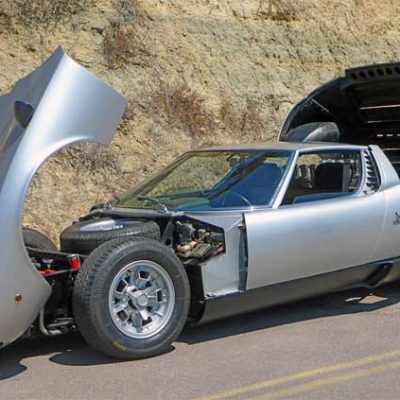 Auktion: Broad Arrow, Monterey 2022, Schätzpreis 1’600’000 bis 1’900’000 Dollar, angeboten mit folgendem Text: «Chassis 4039, the lovely P400 S we have the pleasure of presenting here, was delivered new in Argento Indianapolis Metallizzato (“Silver Indianapolis Metallic”), which constituted only about 5% of total P400 S production for 1969. The Miura Register indicates the car was dispatched on 17 April 1969 with production number 357. The interior was finished in “Nero” (black) and beige “Fintapelle” (leatherette) and cloth. Specified for the Italian market, the car was ordered by the dealer Lamborauto and known to have resided in Italy until 1979, after which it was exported to Japan. It presumably remained overseas for quite some time as Japanese ownership is further reported in 2000, prior to the car’s importation to the United States in more recent years. As presented, the car is liveried in its period correct Argento Indianapolis and does indeed sport a leatherette/cloth interior in black and grey with matching grey carpeting. Inspection of the car reveals that it retains its matching-numbers engine, 30357, with which it was built new. The car’s extensive file consists largely of exhaustive service, repair, and maintenance work conducted between 2013 and 2020 at Alfa of Tacoma, Washington, amounting to thousands of dollars in mechanical attention. Everything from suspension, transmission, and engine work to brakes servicing and repair of ancillary systems like window regulators, headlights, and the like, is all detailed. The file further indicates the car has been driven about 5,000 miles since 2016 and, more recently, in advance of its auction offering, the car has been treated to a leak-down test at Lamborghini of Philadelphia. As presented, the car is in remarkable condition, having never been over-restored to such a level that prohibits the enjoyment of driving. It truly is the ideal driver’s car, with extensive mechanical work and receipts on file for work conducted over the years by knowledgeable specialists.» 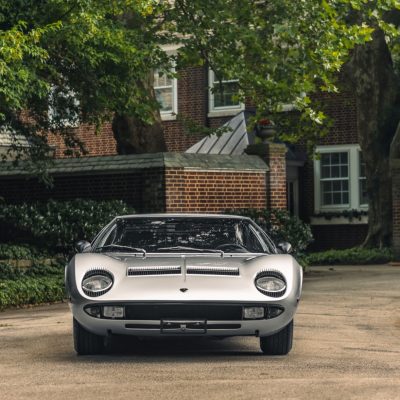