The guys at Nugget Garage purchased a mean Toyota Corolla KE10 to go racing in. The little red car is powered by a turbocharged Toyota 3RZ inline-four, Powerglide two-speed automatic transmission, and Hilux rear end. The motor made 831 horsepower on 42 psi of boost from a Precision 8285 turbocharger methanol fuel. On the first outing the car ran a 8.261 sec at 163.41 mph. The team has a goal of reaching the 7’s in the quarter-mile. 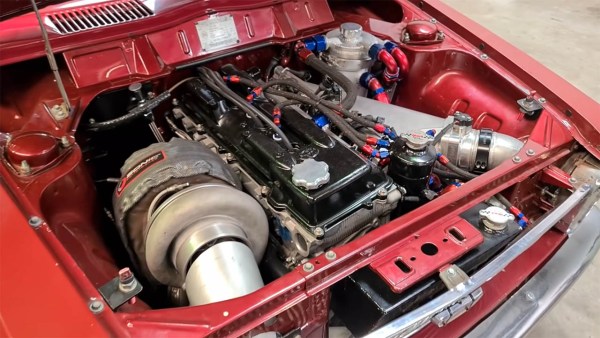