Big Red Camaro attended the Shift Sector half-mile event at Coalinga Municipal Airport in Coalinga, California. There the team has several runs over 190 mph down the runway with the highest being 195.57 mph. This was the first race with the “Big Wing” built by Klaus Composites. The goal of the wing was to increase traction at the top end by putting more force on the chassis in front of the rear axle. And Bid Red needs all the traction it can get. Under the hood sits a supercharged 598 ci Chevy big-block V8 called “The Elephant” built by Larry Mollicone. It produces 1400-1900 horsepower depending on how much boost they chose to run. 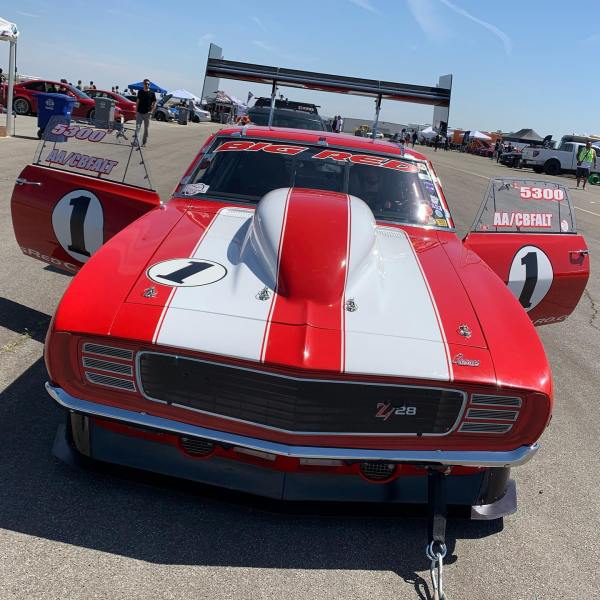 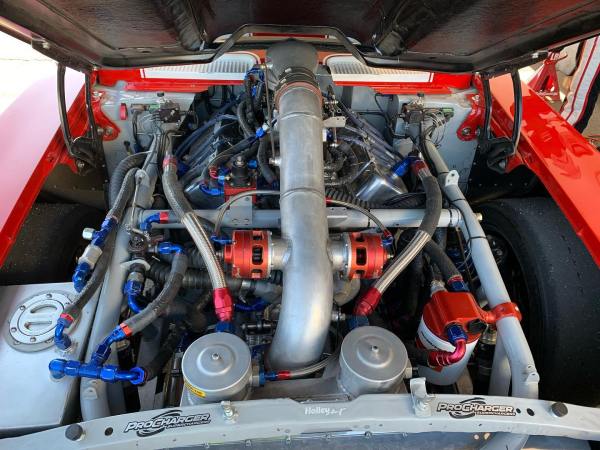 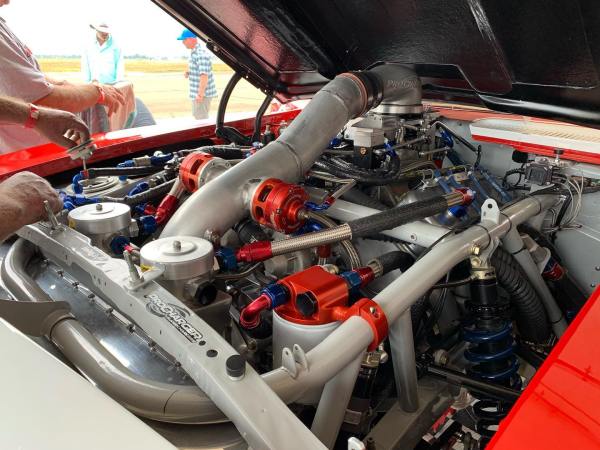