HOSSgarage purchased a 1999 Camaro SS that a previous owner installed a 5.3 L LSx V8 with some upgrades. It wasn’t too long before the engine let go and instead of rebuilding it, they are swapping it for a turbocharged Honda K24 inline-four. They are also replacing the T56 six-speed manual transmission with a BMW ZF five-speed manual transmission using a KPower Industries adapter plate and TF Works twin-disc clutch. Follow the projects progress on the HOSSgarage’s channel. 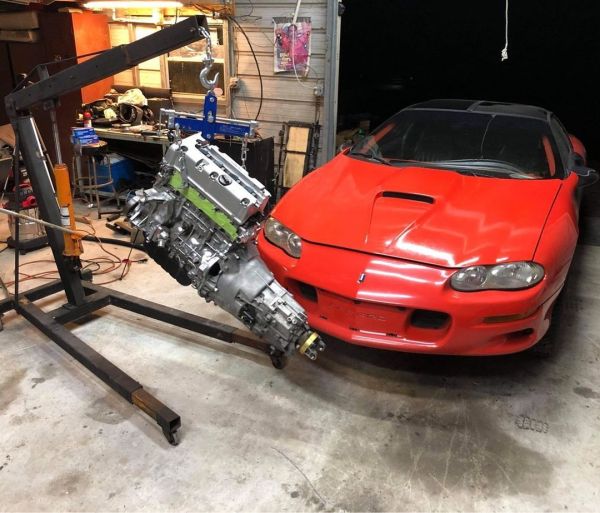