Boba Motoring is known for building very fast Golfs. Last year they set a World Record in their Golf Mk2 with a 8.267 at 274.32 km/h (170.45 mph) quarter-mile. They returned to Santa Pod Raceway earlier this year hoping to break that record. Unfortunately they had to turn the boost down to 3.3 bar (47.8 psi) which they estimate is around 950 hp. The team still managed a 8.39 sec quarter-mile. Under the hood sits a turbocharged 2.0 L 16v ABF inline-four with an Extreme Tuners turbocharger. The engine made 1226 horsepower and 1076 Nm (793 lb-ft) of torque tuned by Boba Motoring. That power is sent to all four slicks through a DSG DQ250 transmission with an Adrenalin Tuning DSG controller. 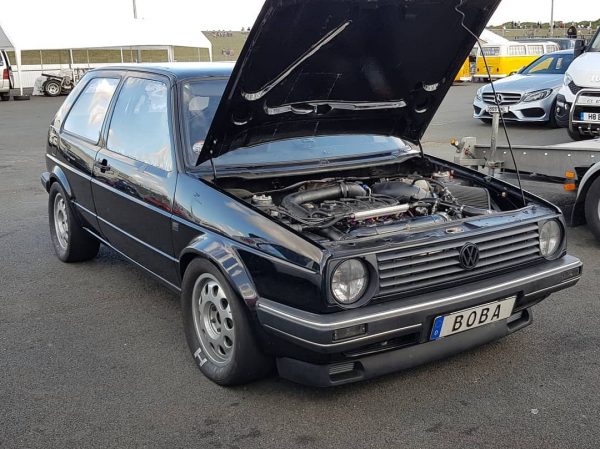