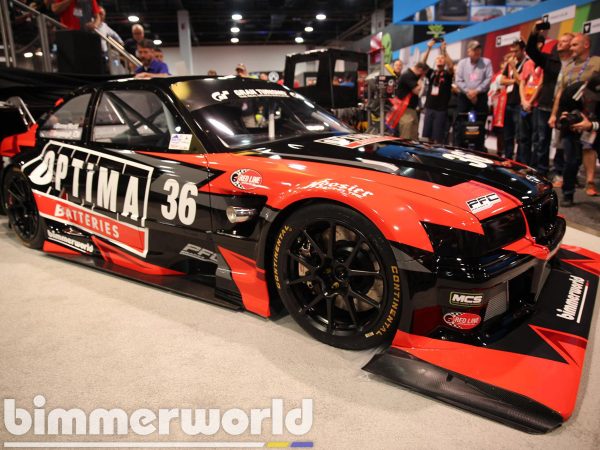 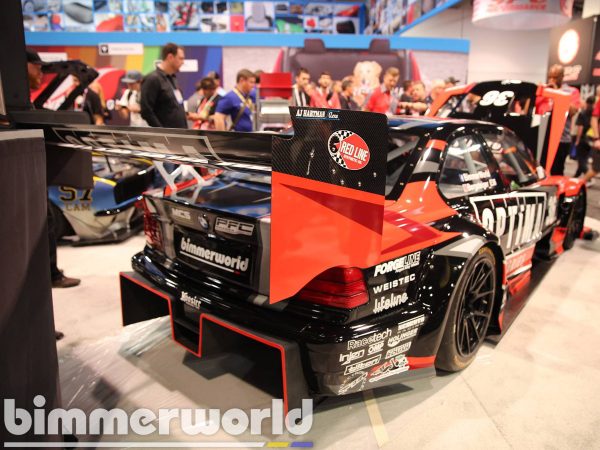 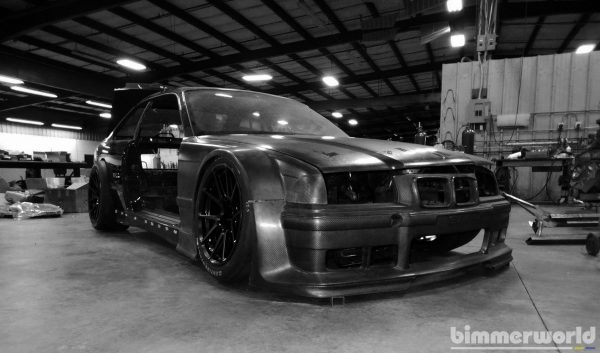 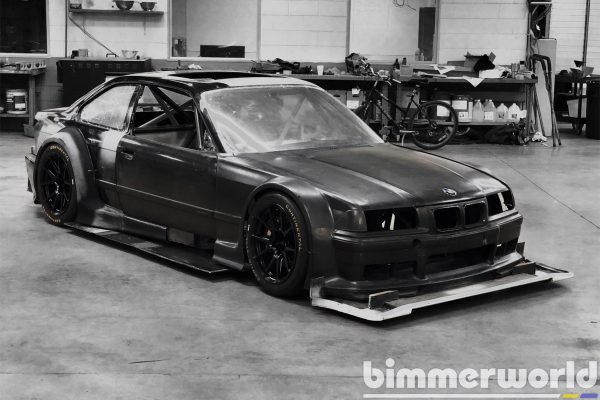 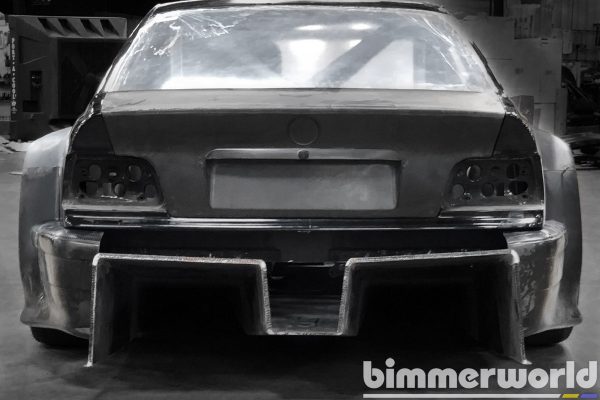 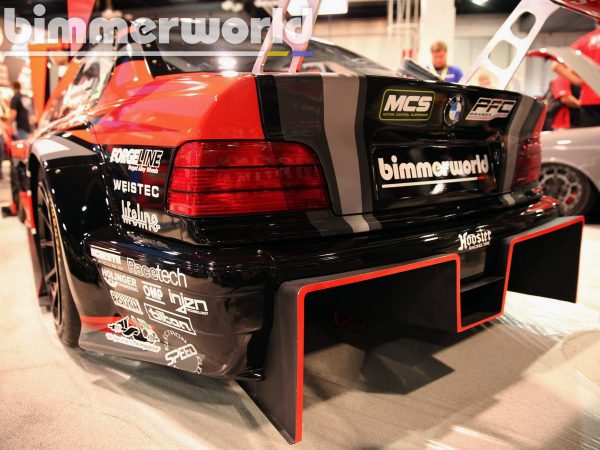 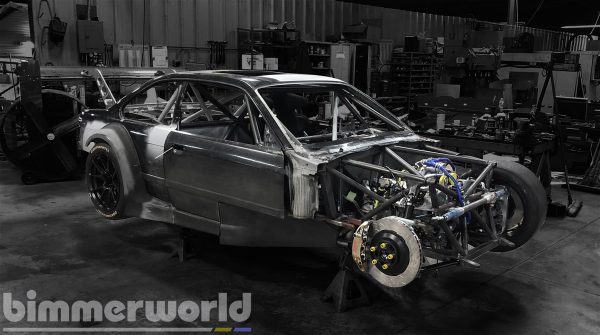 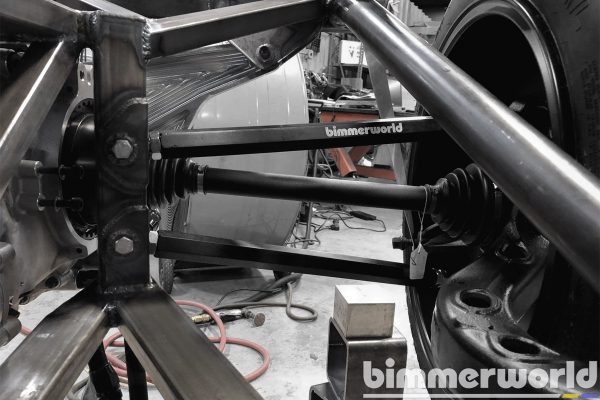 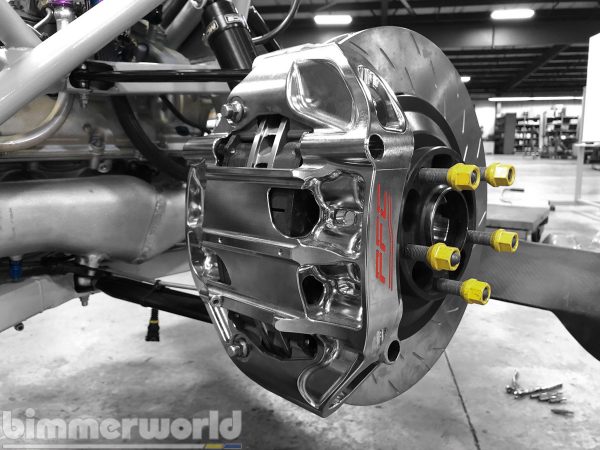 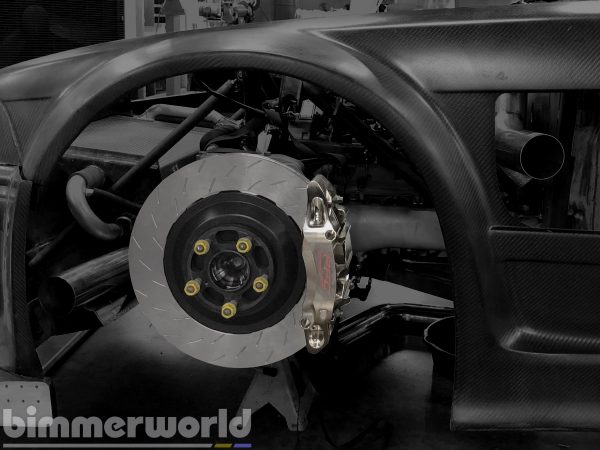 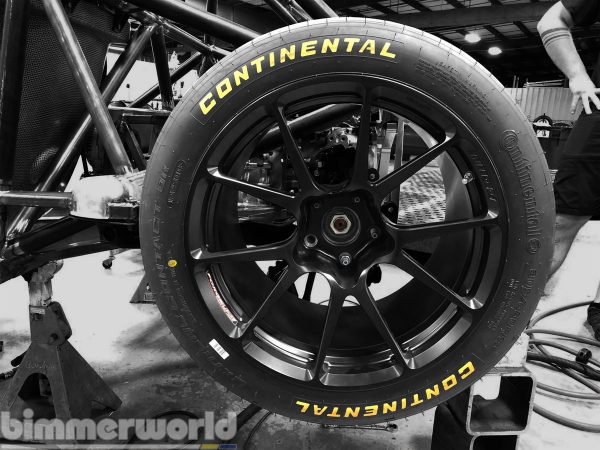 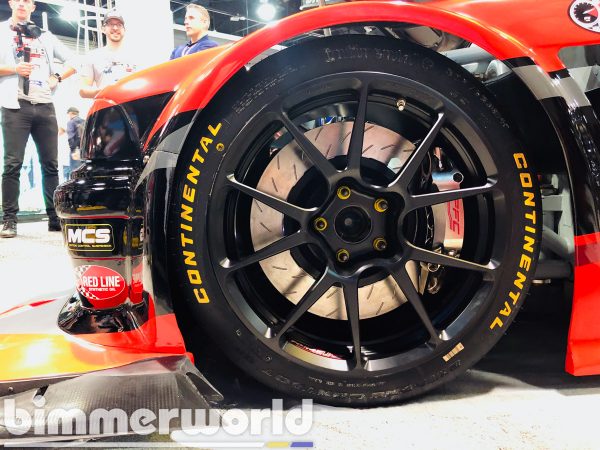 The team estimated their engine choice would need to produce over 900 horsepower to handle Pikes Peak. They originally planned to use a built N54 inline-six but changed their minds after seeing a twin-turbo S63 V8 make 700 whp on their dyno. 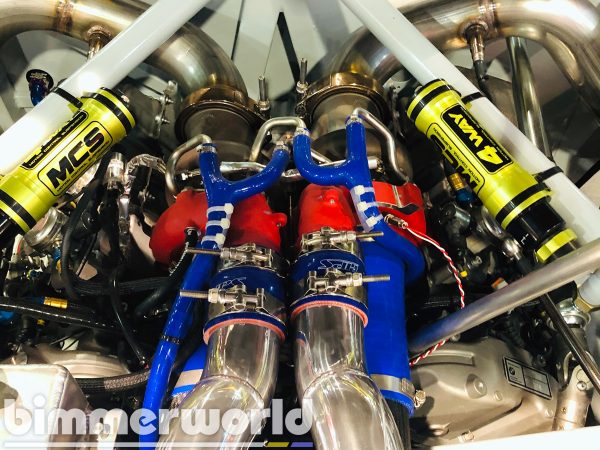 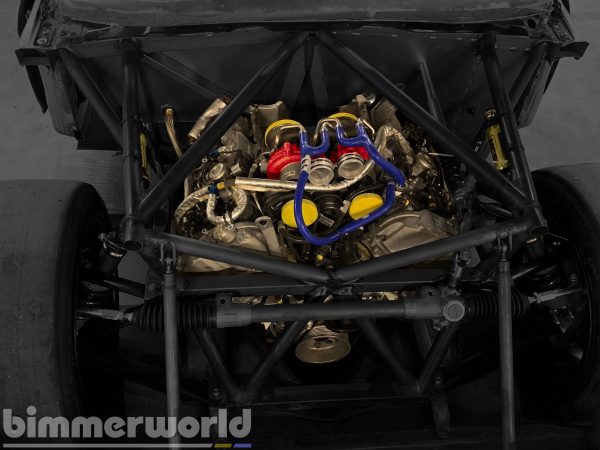 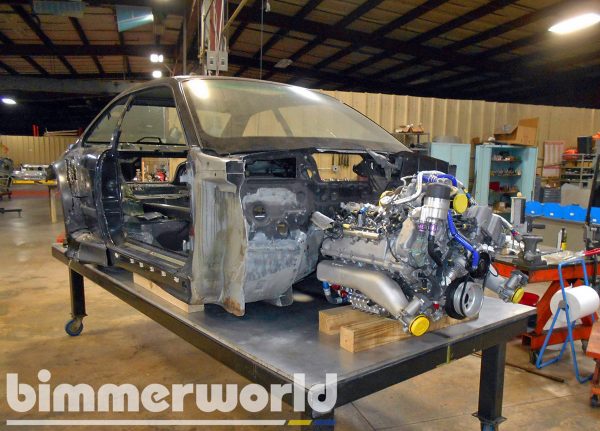 After some research they chose BMW Motorsport’s race version of the S63, a twin-turbo 4.4 L P63 V8 (M6 GT3) built and tuned by Roush Engines. The engine features two Weistec turbos, ported heads, forged rods and pistons, and Bosch Motorsport ECU. The motor makes over 1,000 horsepower on E85 fuel and sends it to the rear wheels through a Hollinger six-speed transaxle mounted in back of the car. 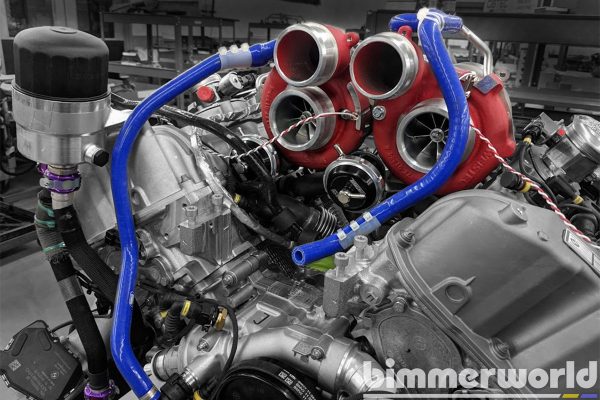 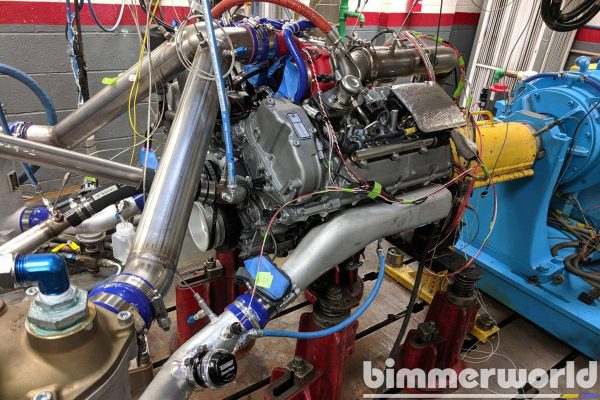