Greenwood Corvette was a company started by brothers John and Burt Greenwood who raced Corvettes in the 1970’s. The company built “Street Sharks” Corvettes during the 70’s-80’s for customers. The listing for this C3 Corvette indicates it’s a Greenwood. Rising out of the engine bay is a supercharged 454 ci big-block V8 built by Mike Gibson at Doug’s Racing Stables mated to a BorgWarner T-16 three-speed transmission. The V8 features a bored .030 over block, Arias pistons, UltraDyne camshaft, BDS 8:71 supercharger, Predator 900 cfm carburetor, Sanderson headers, and Milodon oil pan. The seller states the body and chassis was restored by Pacific Corvette in 1994-1996. The engine has 6,000 miles while the car has 11,000 miles. 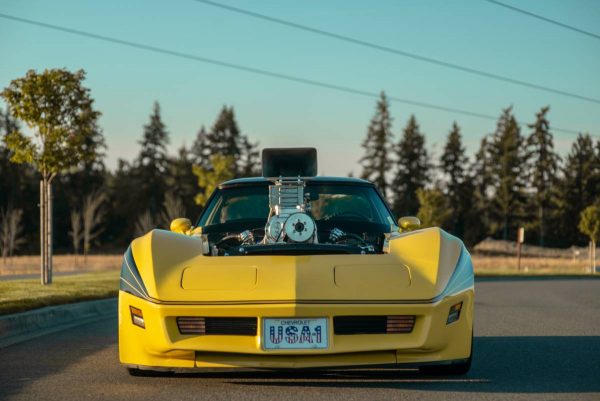 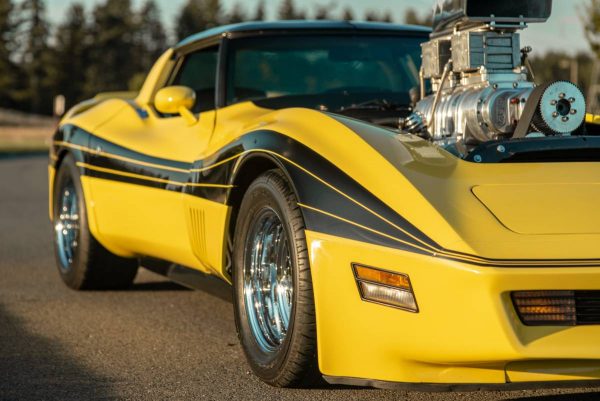 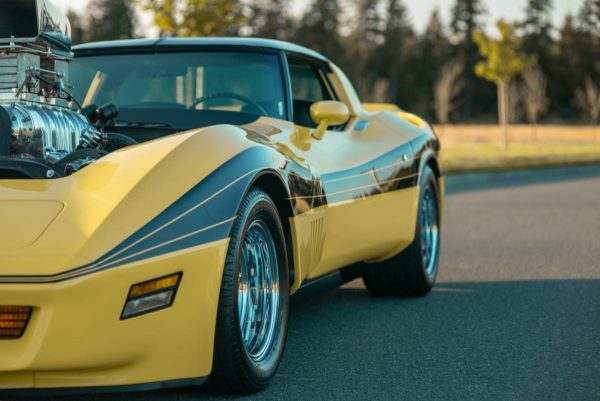 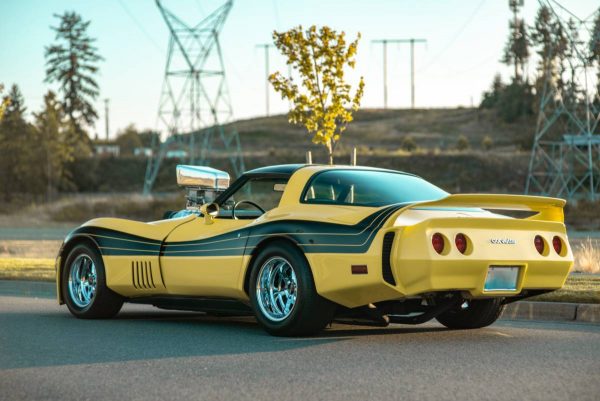 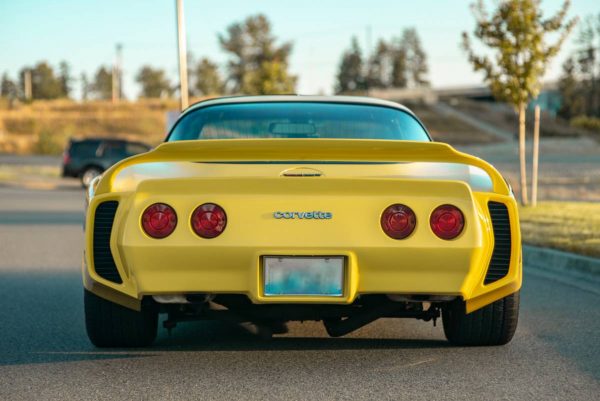 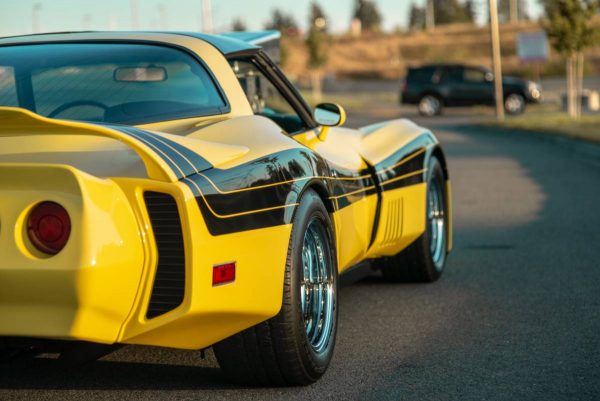 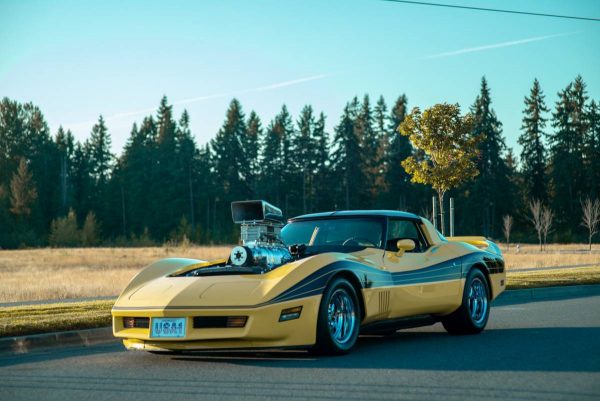 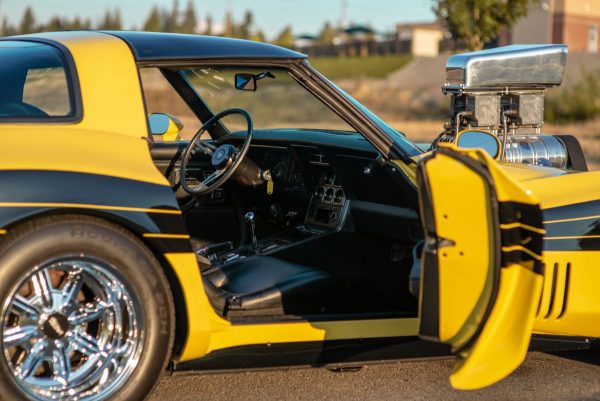 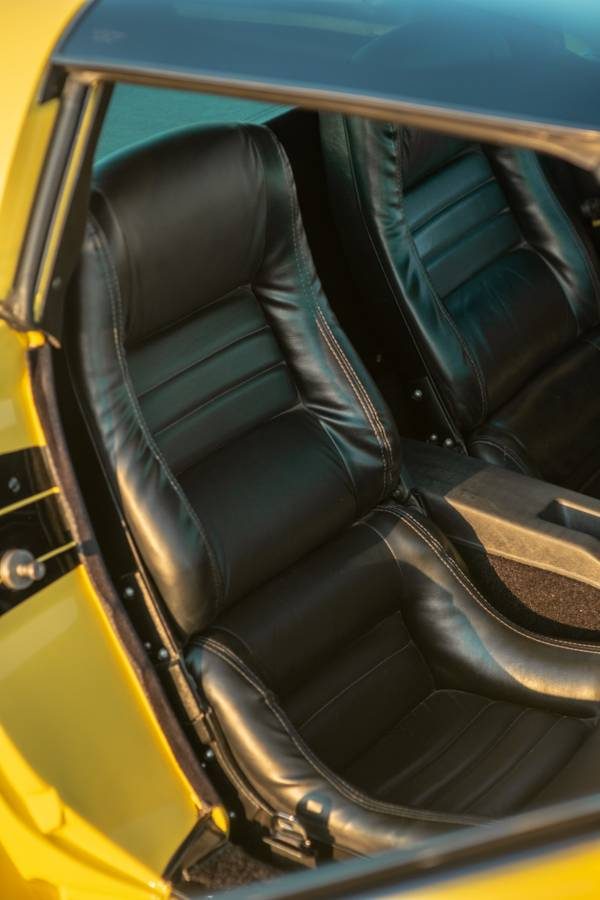 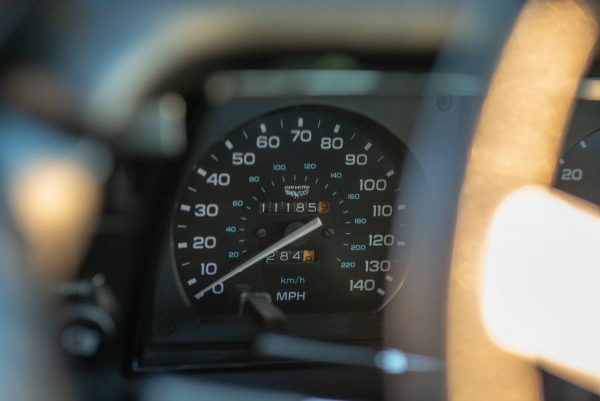 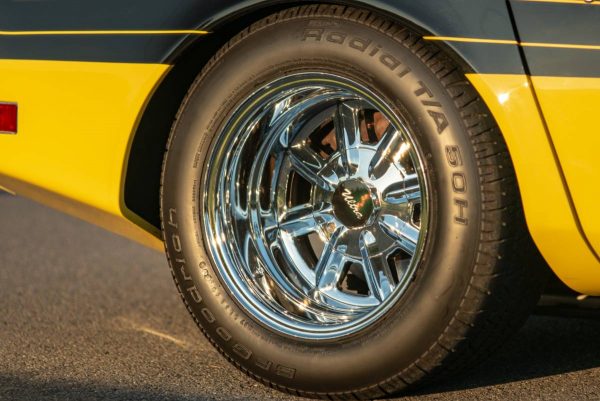 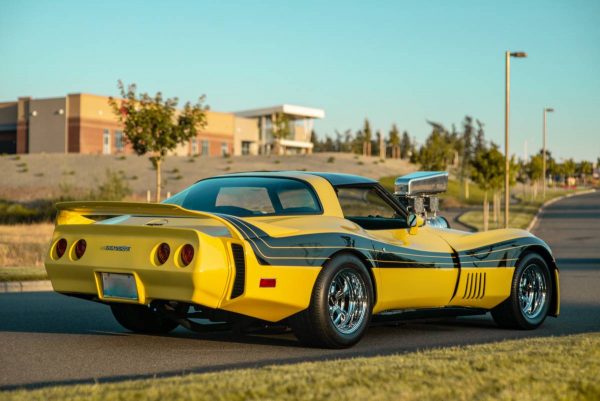