Last year a member from Chris Forsberg‘s racing team purchased a 2011 Toyota Nascar Cup Series race car. They wasted no time taking it to the race track where it ran an eight-mile at 7.946 sec at 94.38 mph. Unfortunately an oiling issue caused the engine to blow. Fast forward to now, Chris along with Ryan Tuerck and Dylan Hughes are swapping the V8 with a 2JZ-GTE inline-six. The 2JZ makes 750-800 horsepower to the wheels thanks to Brian Crower stroker crank, rods, pistons, and a Garrett GTX4088 turbocharger. Watch part one of the swap below.

Video from 2018 of the car at the drag strip and blowing the engine. 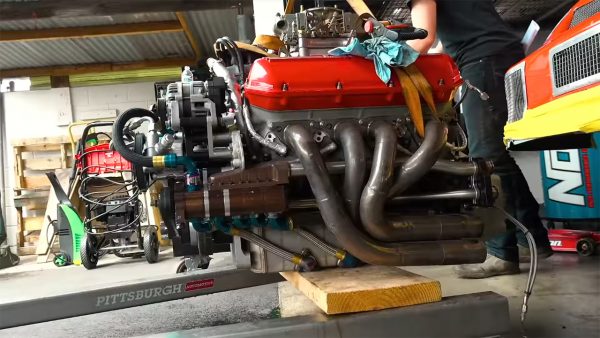 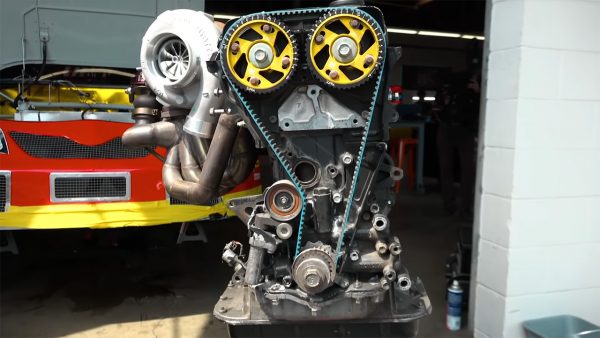 Source: The Gumout Channel via Piotr