This Mazda RX-7 serves as a rolling billboard for owner Jared and his company MegaSquirt NZ Ltd in Tauranga, New Zealand. The sports car entertains Jared and customers with big burnouts or drifting. 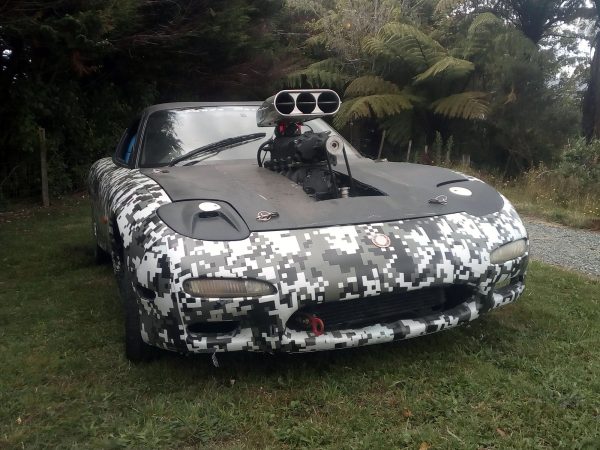 One of the most striking features on the car is the modified Eaton M122 supercharger protruding from the hood. The factory side-mounted throttle body normally found on this model was removed and covered. Then Adrian from Rhubarb Cars machined a hold in the top of the supercharger to receive a 100 mm throttle body with a custom adapter. 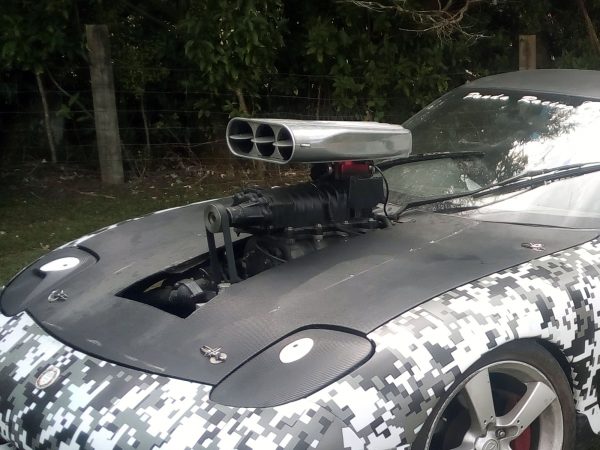 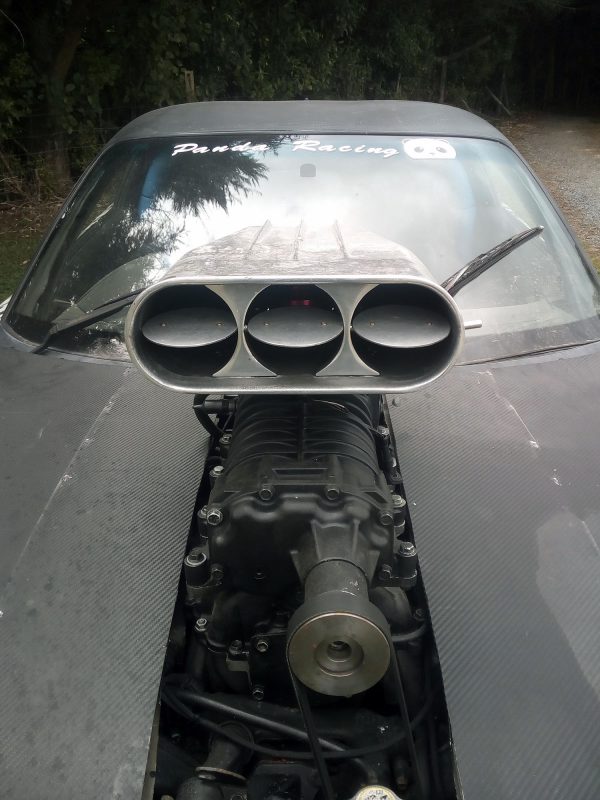 The modified supercharger sits on top of a stock Toyota 4.3 L 3UZ V8 with an AEM water/methanol injection system and 360 cc injectors. Since Jared is New Zealand’s official MegaSquirt dealer, the engine runs a one of their MS3Pro ECU. The combination is good for around 500 horsepower on 12 psi of boost using a smaller pulley. 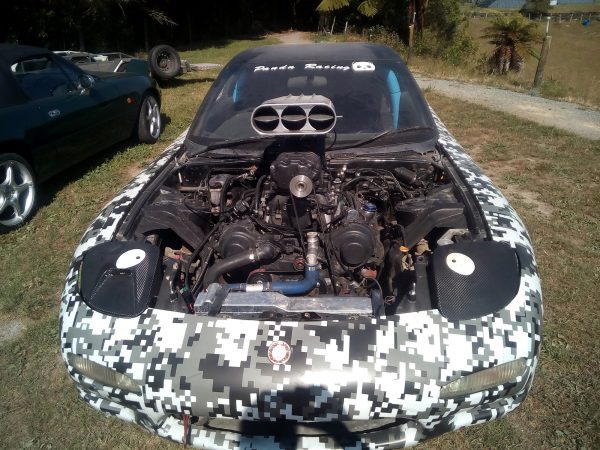 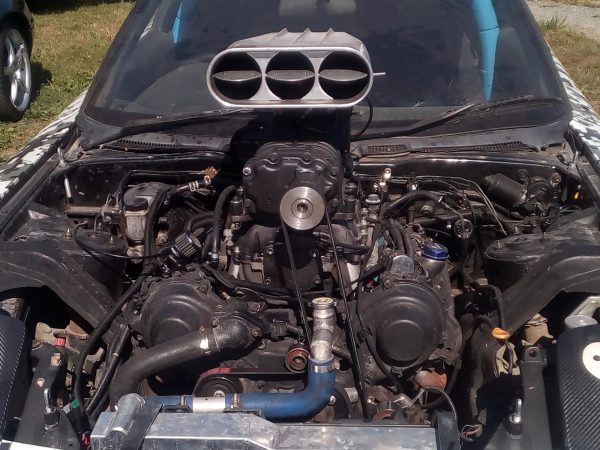 The V8 was connected to an A341 (V8 model) automatic transmission however it was damaged while on the dyno. It will be replaced by a R154 five-speed manual transmission with a Lexus bellhousing and six puck clutch. The rest of the drivetrain consists of a custom driveshaft and stock RX-7 rear end with a Torsen LSD. 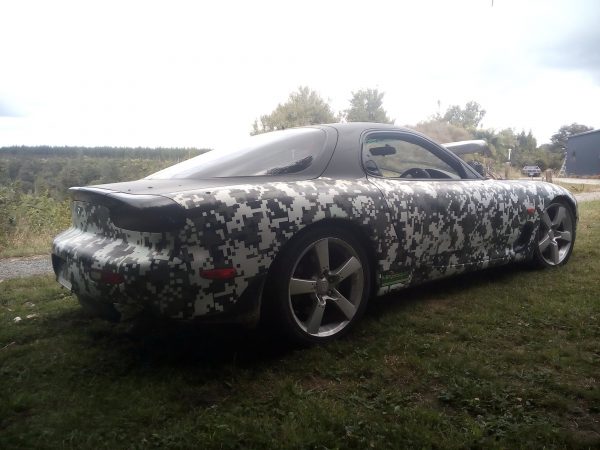