Joe Karvonen owns Sisufab in West Fargo, North Dakota which specializes in motorcycle performance, repair, and restoration. In their off-season during the winter, the employees enjoy riding their dirt bikes on the frozen lakes but a big issue is removing the snow off the lake. Their solution, which started as a joke, became a reality thanks to Joe’s talented coworkers Ben and Thad. The project started when the team purchased a Mckee 720 7-foot two-stage tractor snowblower that had been sitting unused on a farm. The team removed the top auger to reduce weight and installed new bearings. Instead of powering the snowblower with a tractor, they mounted a 1200 cc V-twin from a 2010 Harley-Davidson Sportster XL1200 that was involved in a fire. After replacing some melted parts it was attached using custom mounts. They mounted the newly painted snowblower on the front of a 1999 Dodge 2500 4×4. The team is especially proud of their custom R/C controller system that controls the throttle, clutch, and chute turn from inside the truck’s warm cabin. 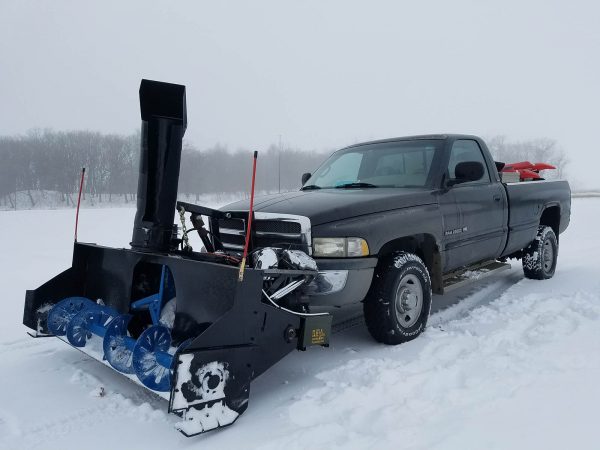 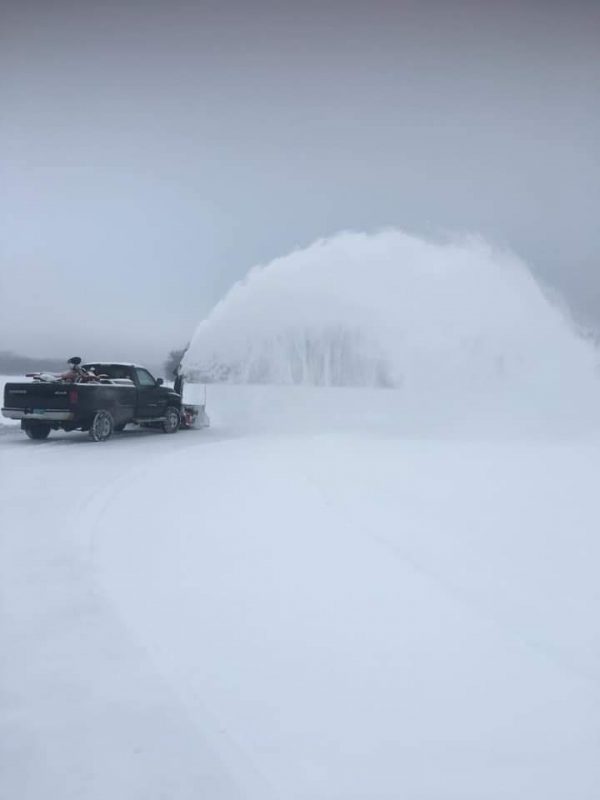 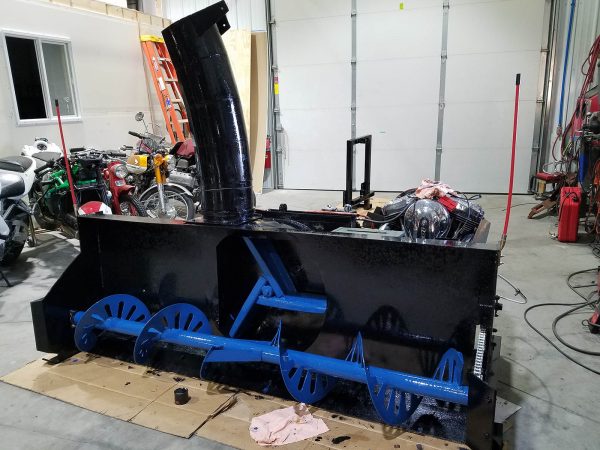 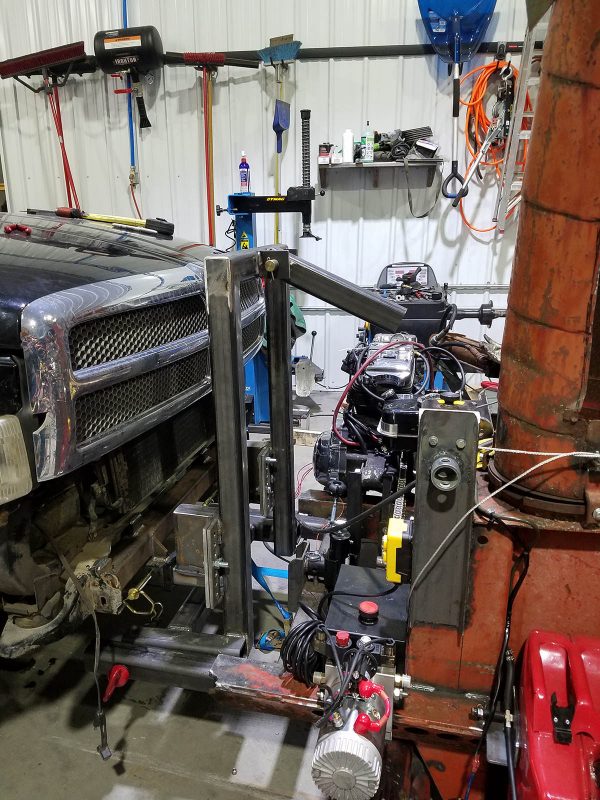 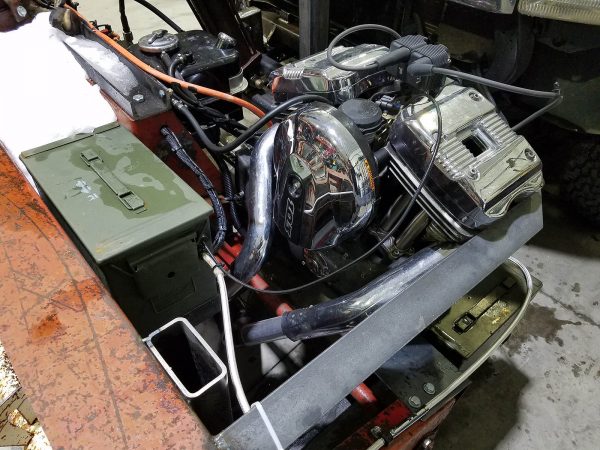 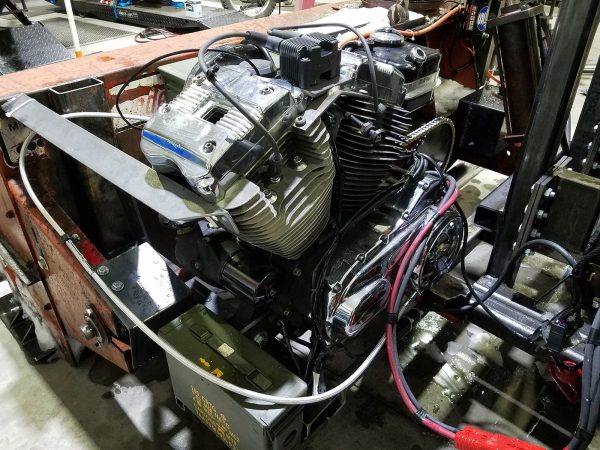 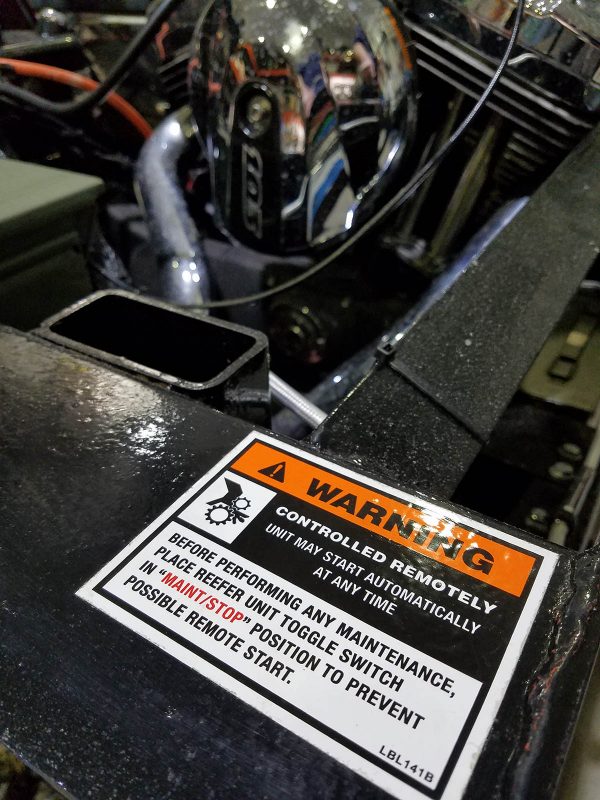 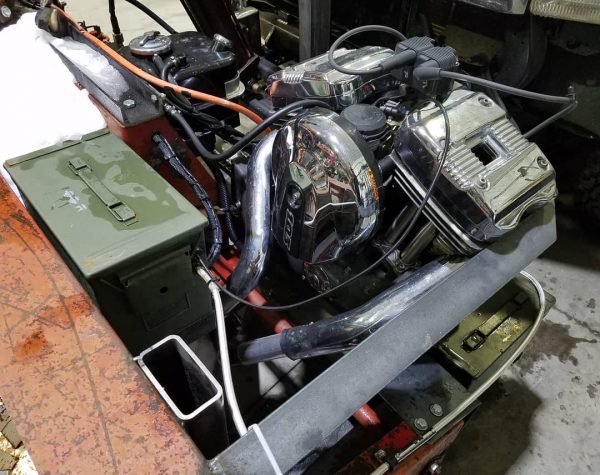 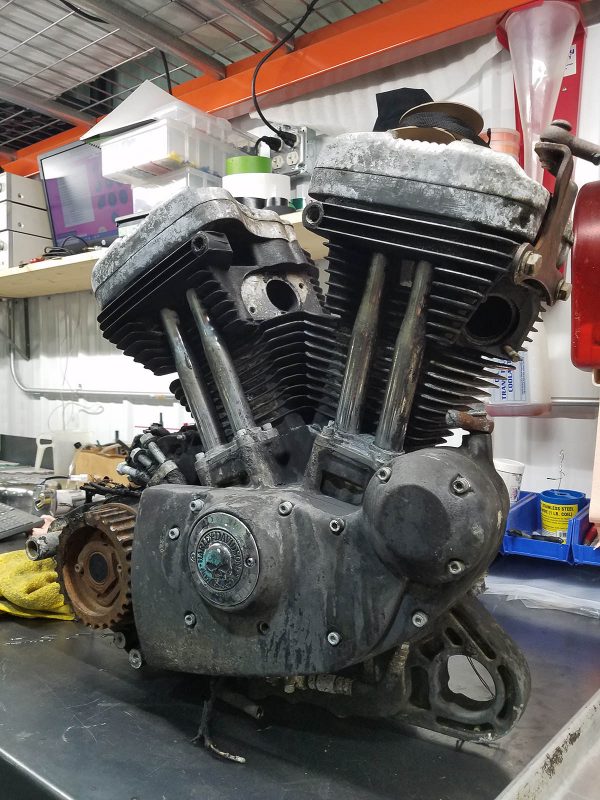 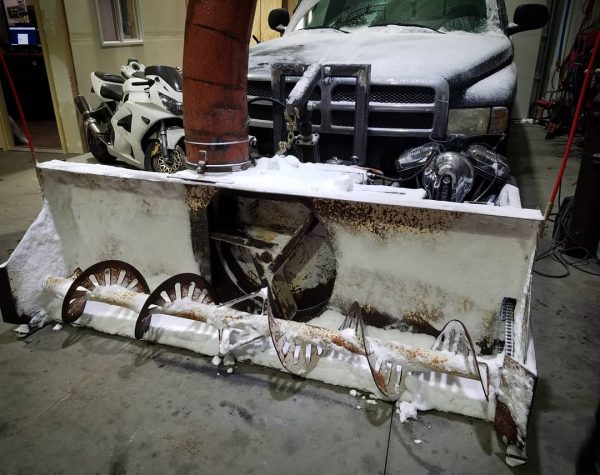 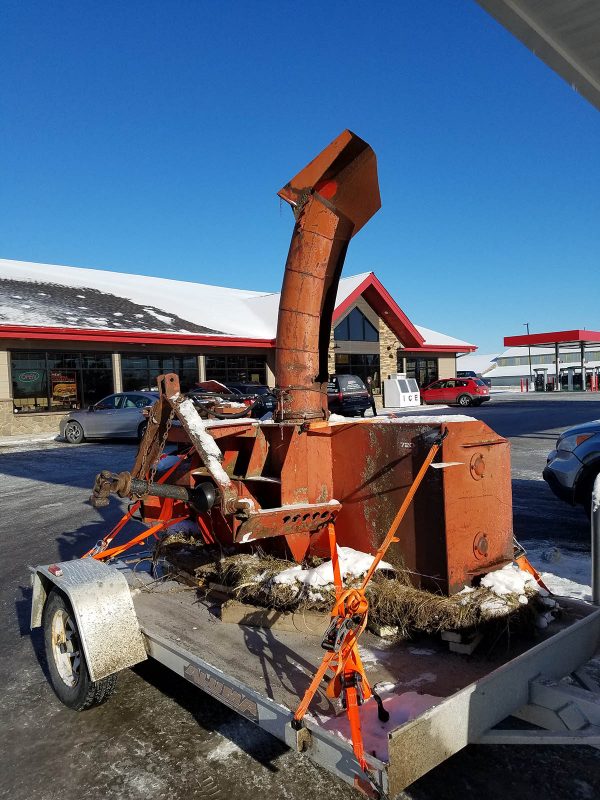 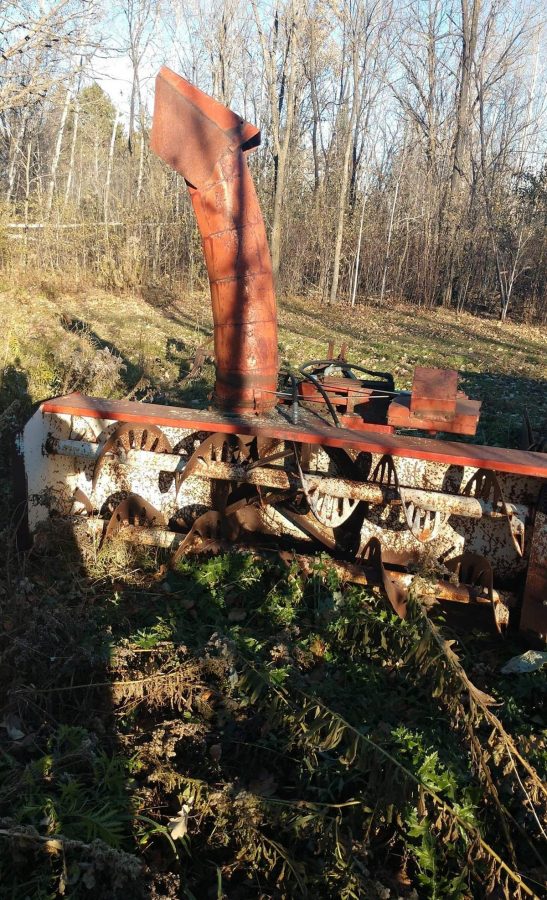 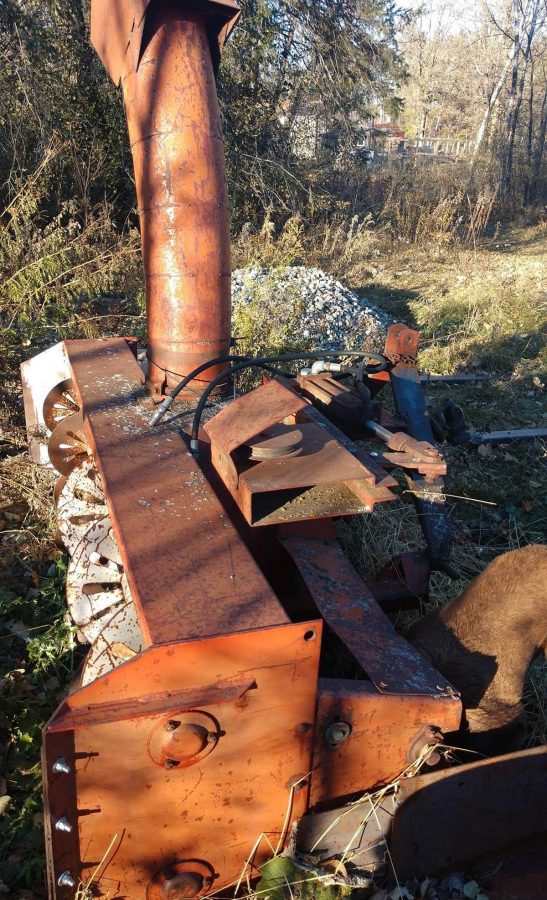