This Ford Escort Mk1 was built by Classic Ford Thailand. The company started by repairing the years of rust and replacing the floors. In the engine bay they replaced the factory inline-four with a Nissan turbocharged 2.0 L SR20DET inline-four producing around 205 hp and 203 lb-ft (275 N⋅m) of torque. The engine bolts to a Nissan S15 six-speed manual transmission which sends power to a Toyota Crown rear end with a LSD. They also improved handling thanks to a roll cage, 5-link rear suspension, adjustable coilovers, and four-wheel disc brakes. View more photos of the project in the build album. 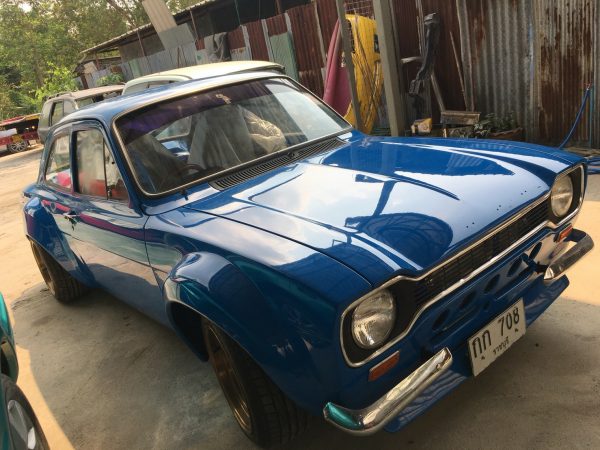 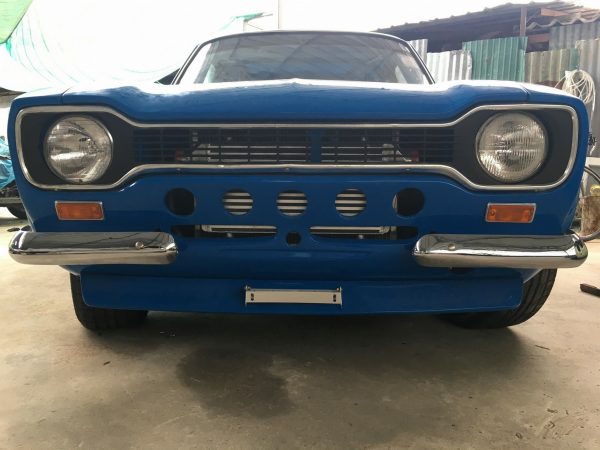 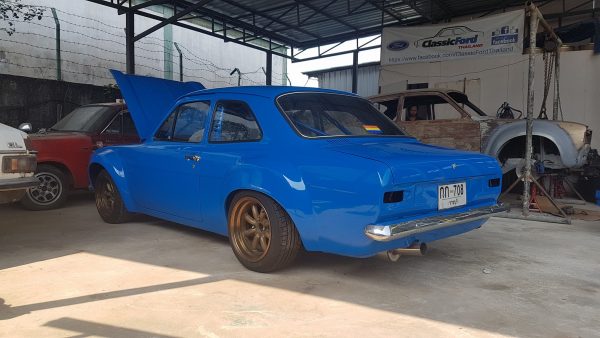 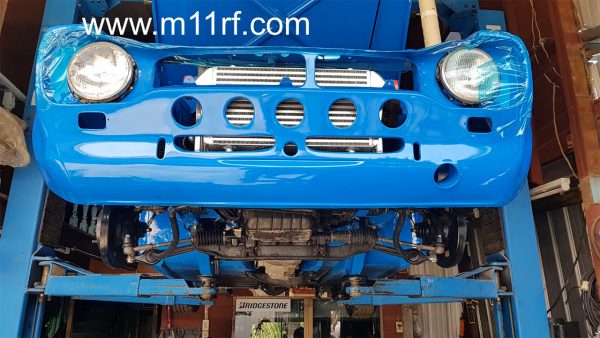 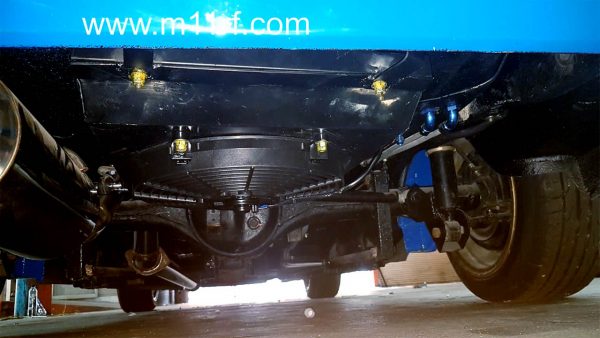