Earlier this year, we took a dive into the information behind springs, looking at everything from how they work to developing a better understanding of how to pick a proper spring for your application. Springs are, of course, a vital component in any suspension system, but a good spring is nothing without a good damper, or as most folks know them: shocks. Together, springs and shocks work in harmony to provide maximum control, balance, and traction between driver and tarmac. While the inner workings of a quality damper can appear as though it's a bit of wizardry, there's a simple level of understanding its function that can go a long way in improving your car's handling characteristics. 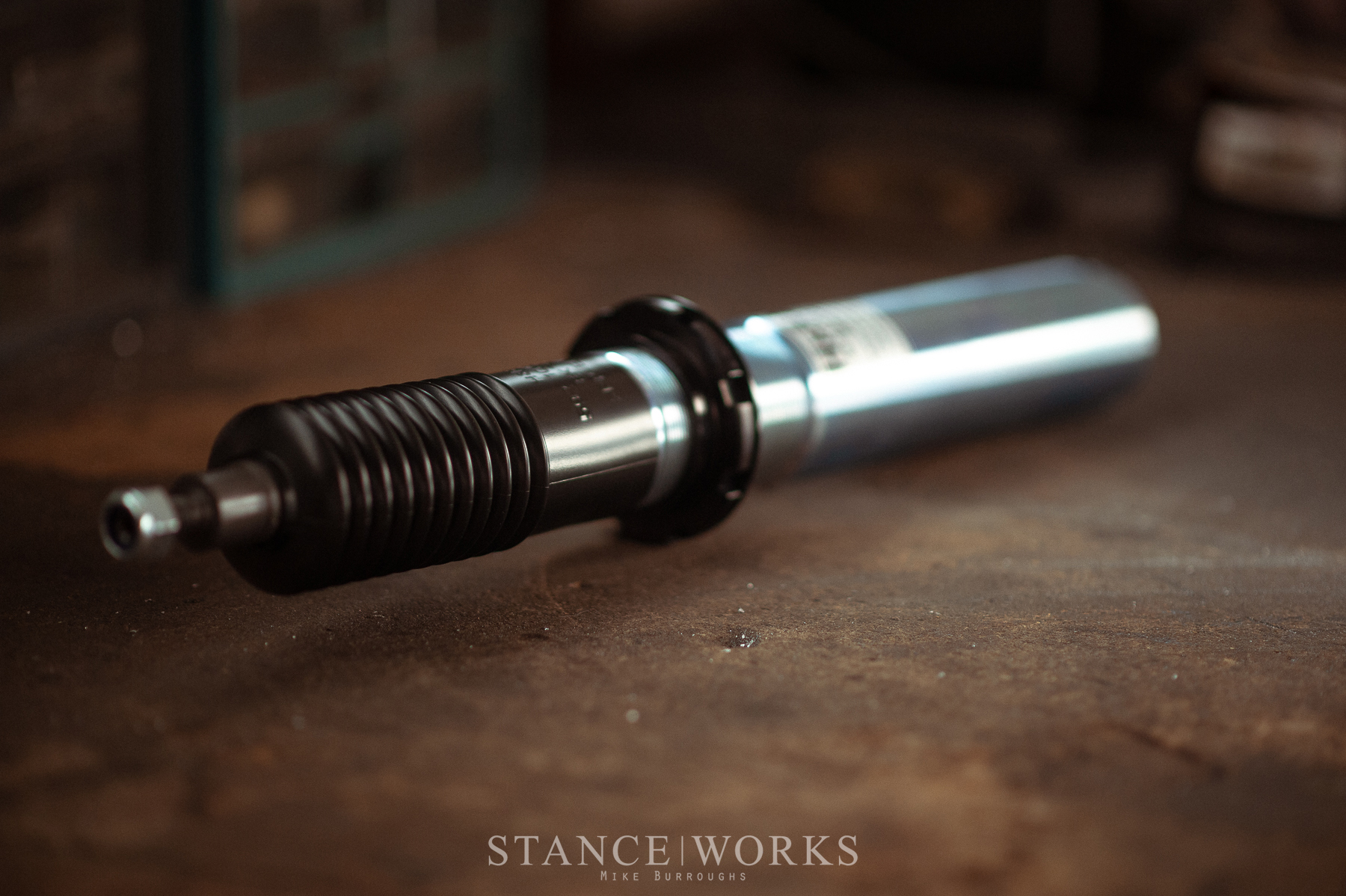 Shocks, struts, dampers... for the most part, they're all one in the same. Not on a technical level, perhaps, but in a functional one with respect to its overall purpose... but what is the difference? For starters, dampers and shocks are the same thing. "Shock absorber" is simply a colloquialism for "dampers," the proper name which you're more likely to hear in the motorsports field, for example. Struts have shocks in them, but are an integral part of the suspension system, acting as a structural component. Struts, such as those found on the front of the BMWs and Volkswagens most of us are familiar with, house the spring too, and typically account for adjustment factors like castor and camber. It may sound complicated, but worry not: the important thing is that the shock or damper inside of the strut functions no differently than any other. 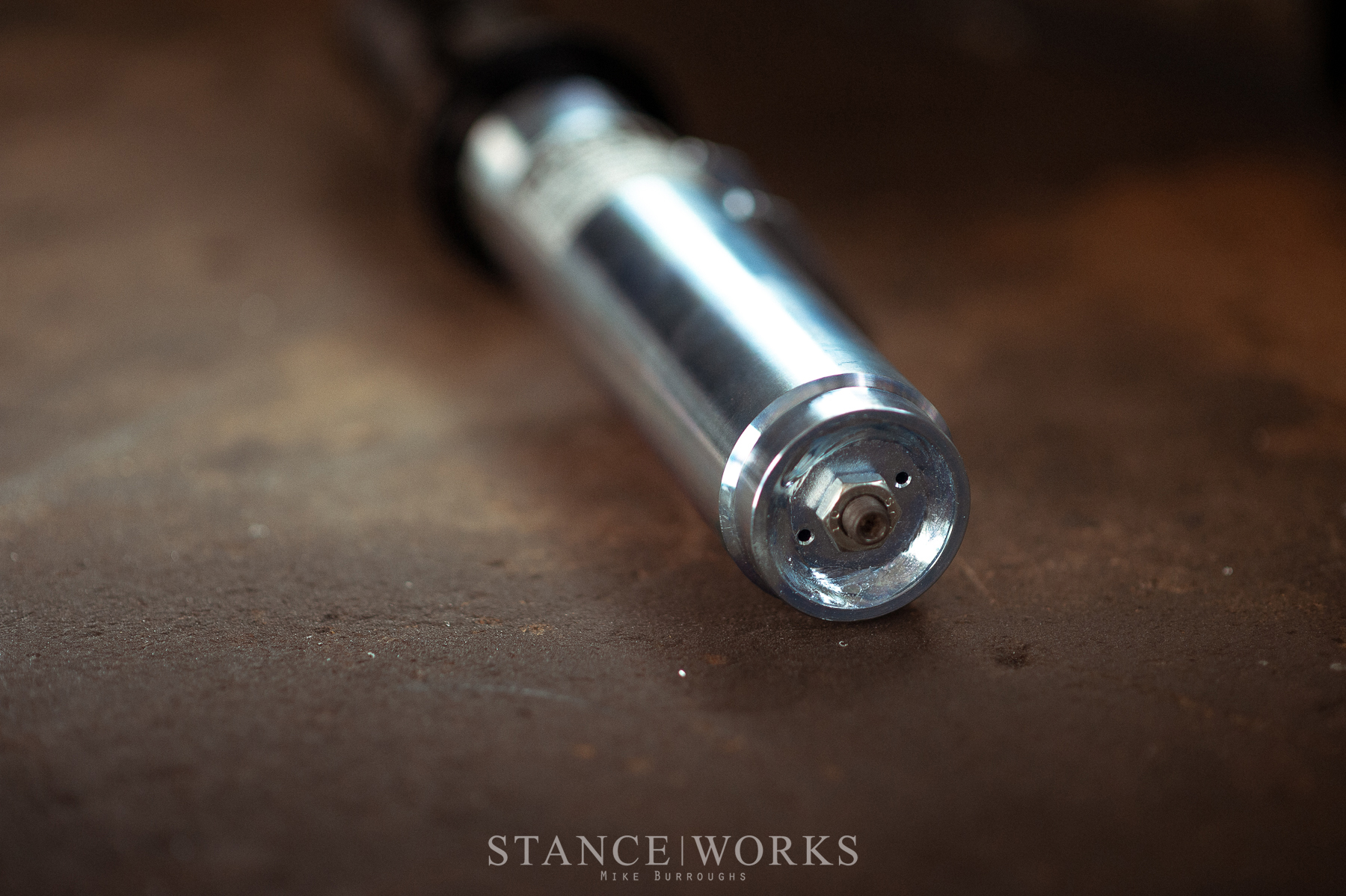 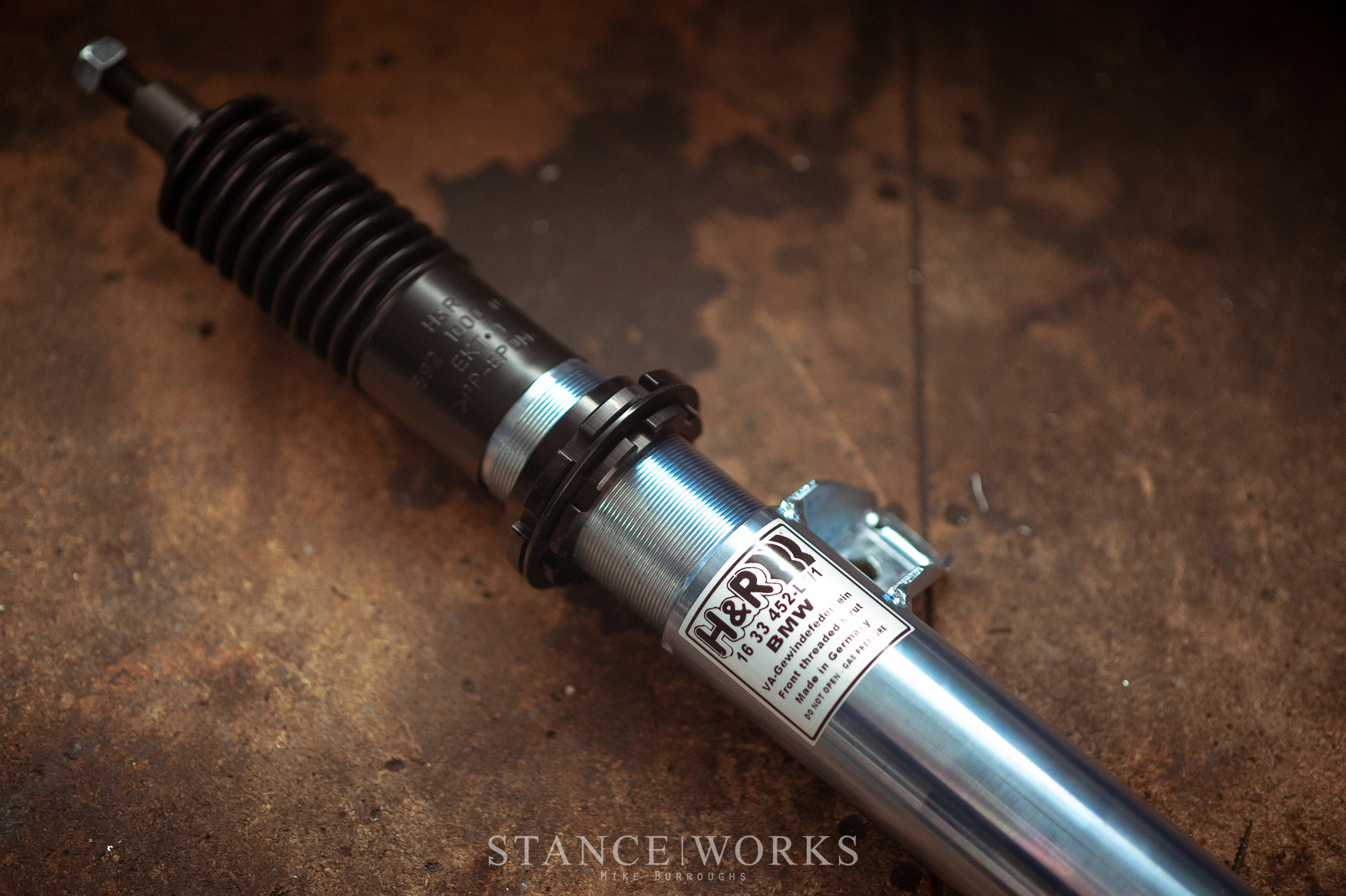 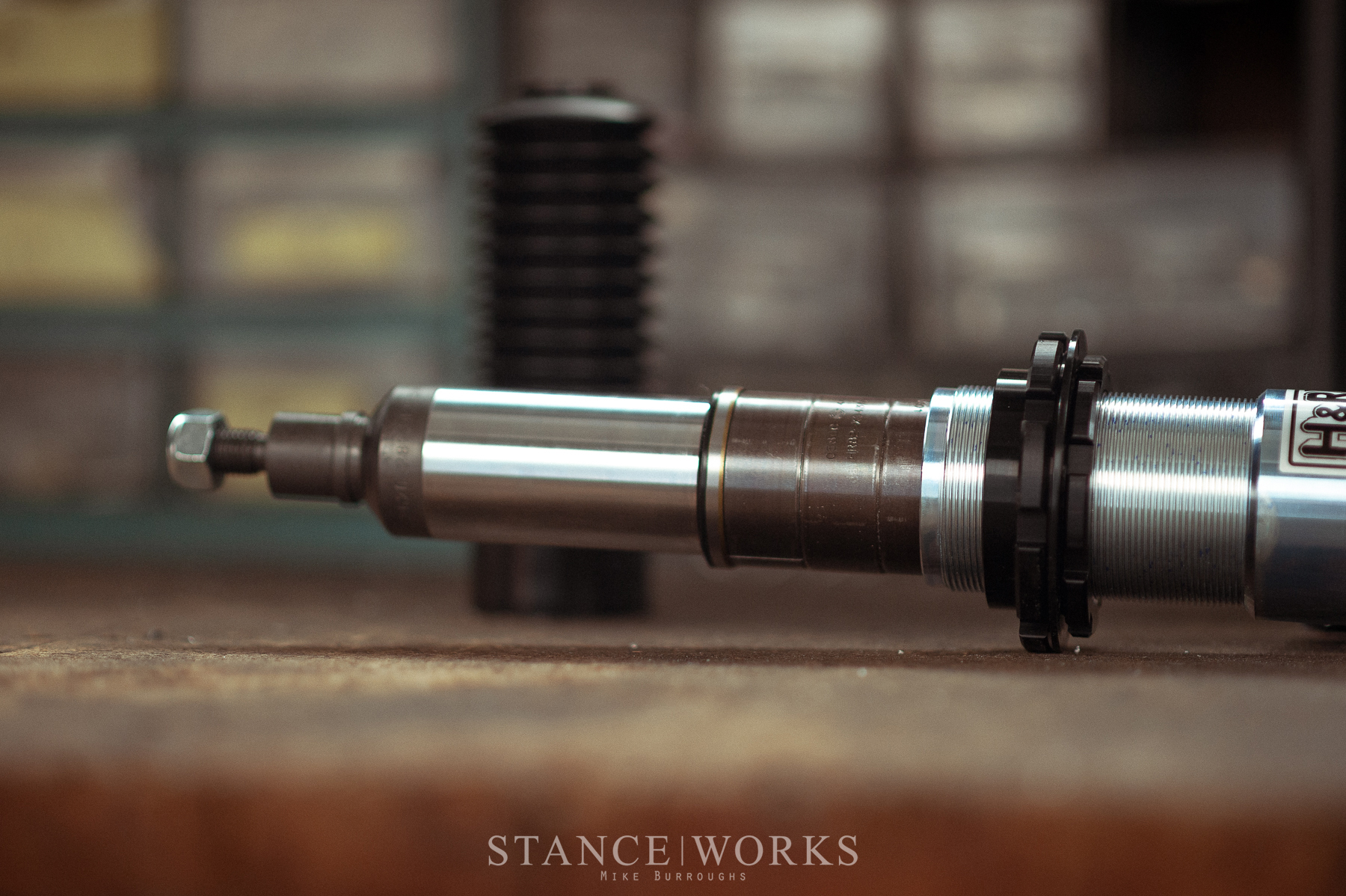 So, What Does a Shock Do?

Shocks, or dampers, dampen the shock loads that the suspension system sees. Shocks provide an inherent resistance to motion, working to mitigate the oscillations and bouncing introduced by both the road surface and the spring itself. We tend to think of springs as bouncy outside of the world of cars, but the truth is, an automotive spring without a shock will bounce too. Shocks smooth the ride out, to put it simply, although there are two ends to that spectrum: on one end is maximum comfort... think Cadillac and that iconic floating-on-a-cloud ride. On the other hand is a race car, built as stiff as can be with performance as the only goal, comfort be damned! When tuned for guys like us, a shock allows the spring to work to its fullest potential, while striking a balance between traction and comfort. H&R, for example, specs its coil over systems with each car and model in mind, tuning both the springs and the shocks to each chassis and model for a pre-determined balance that falls perfectly between sports car and tourer. 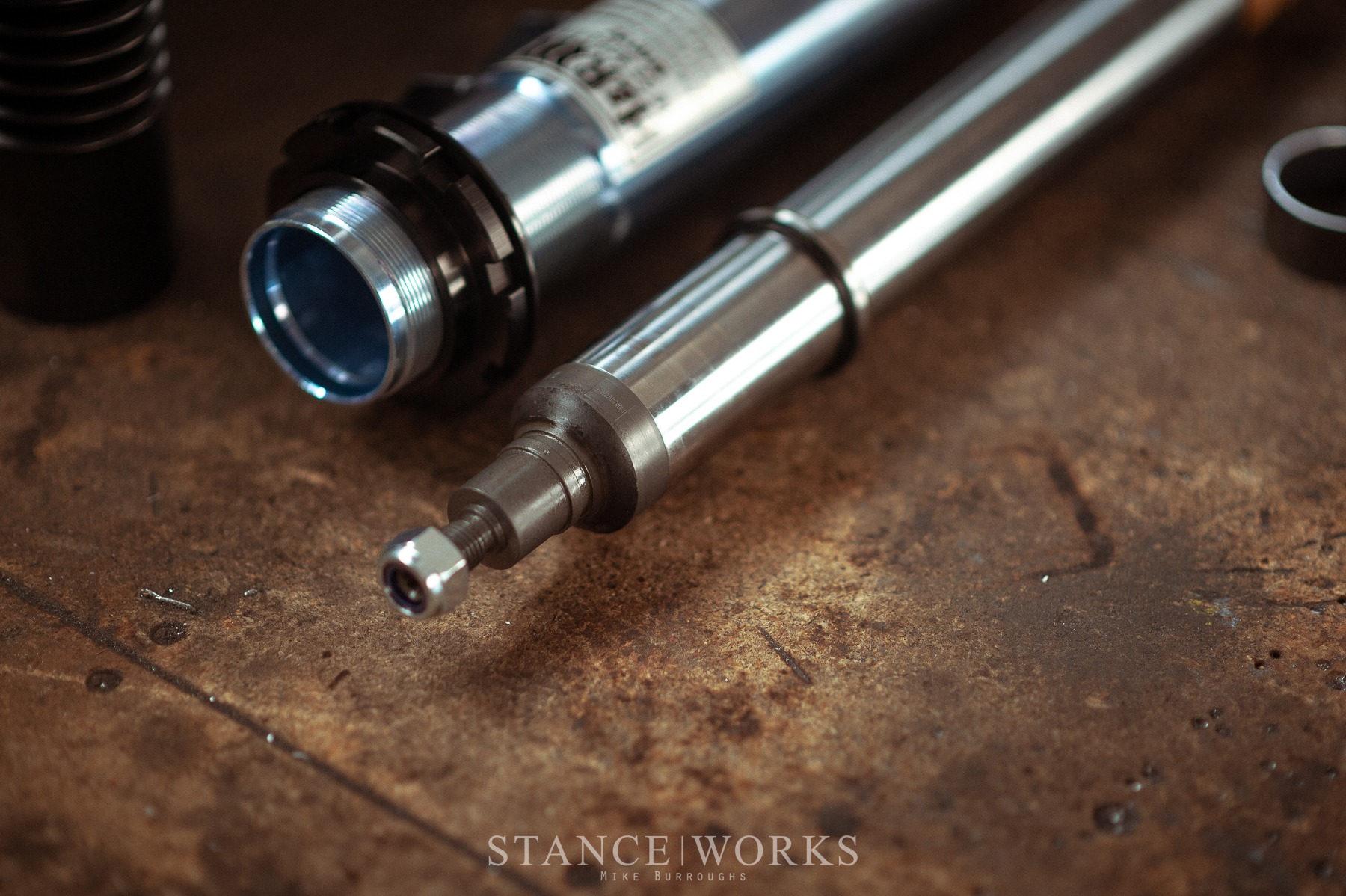 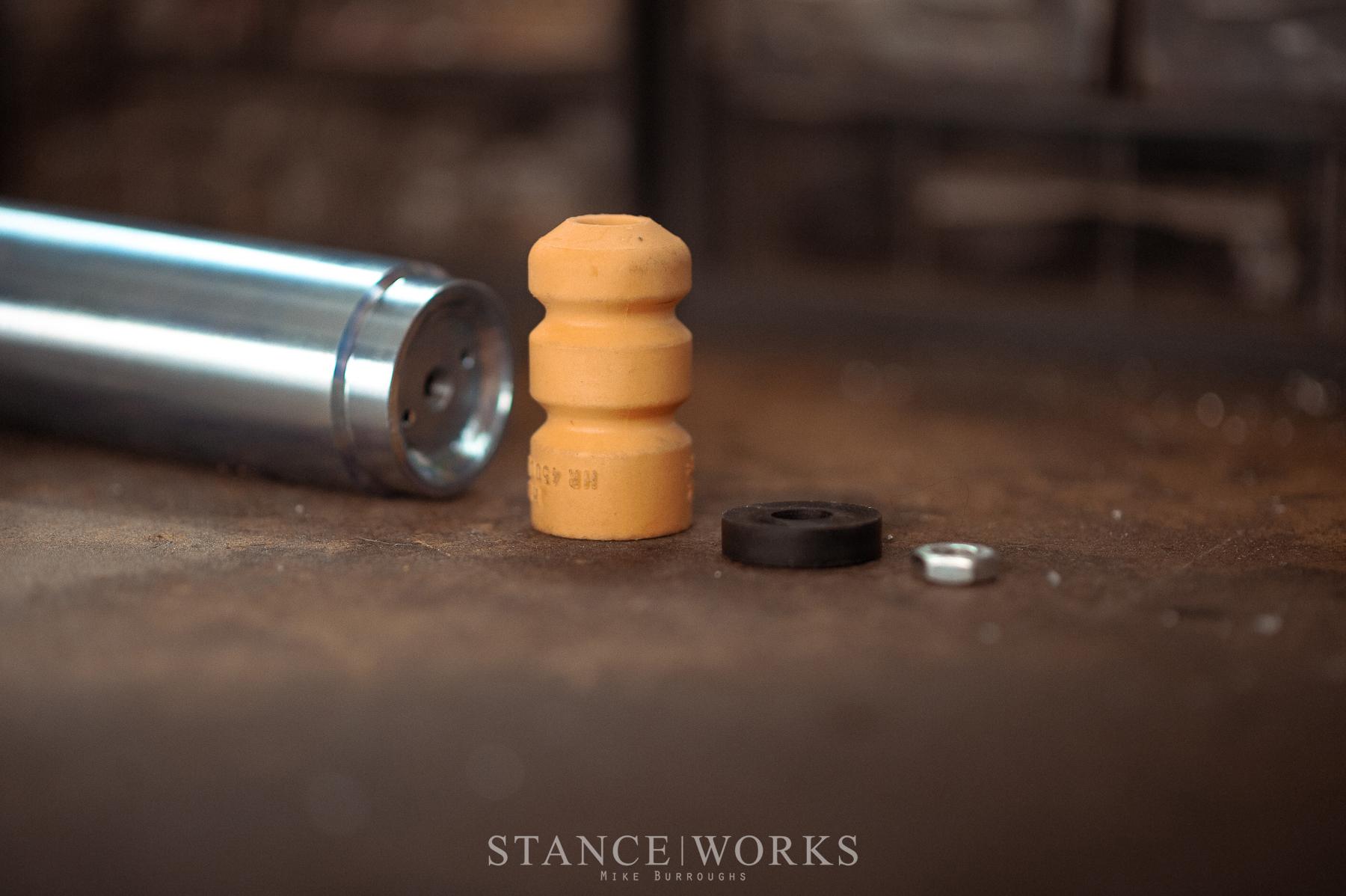 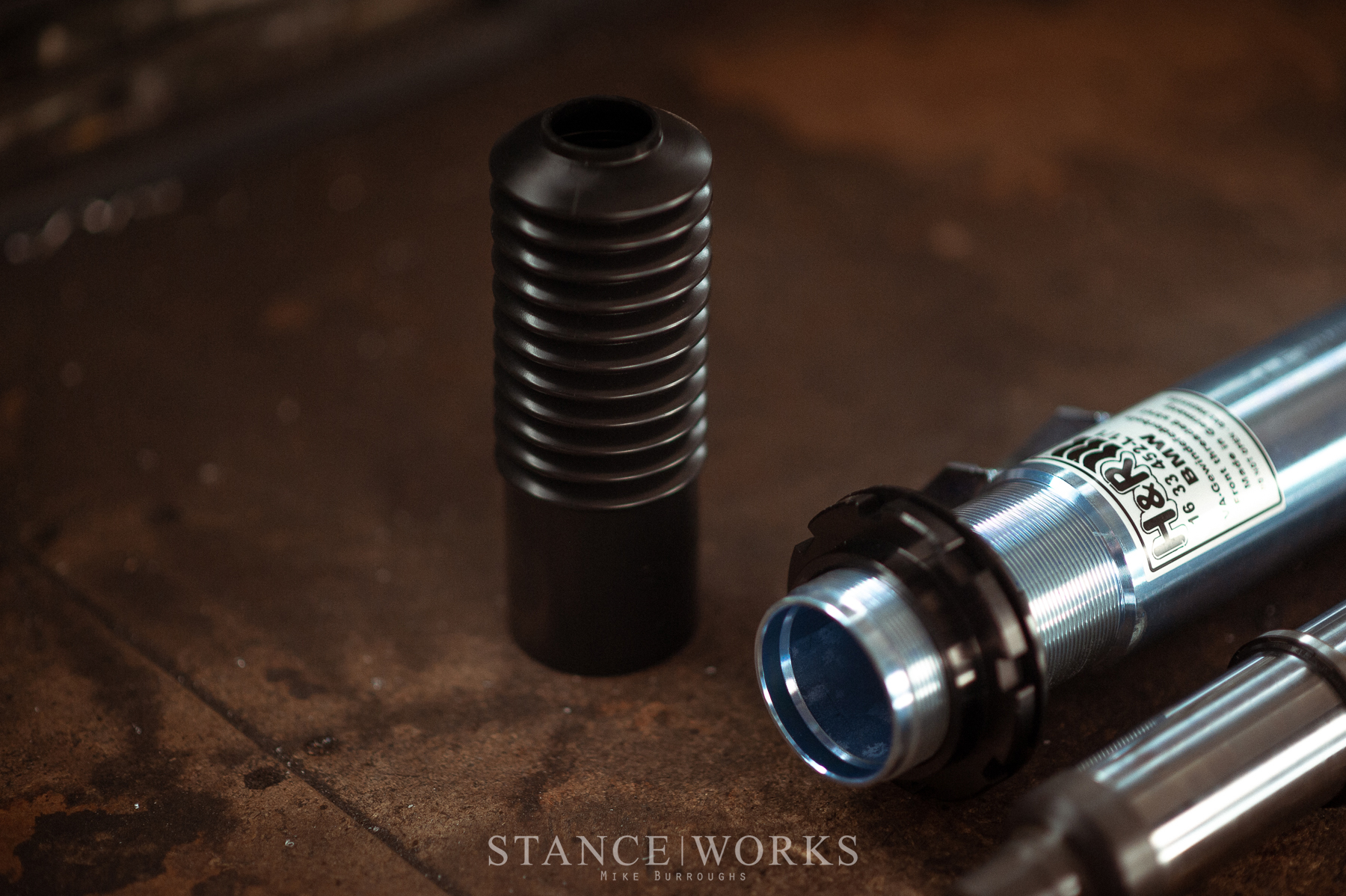 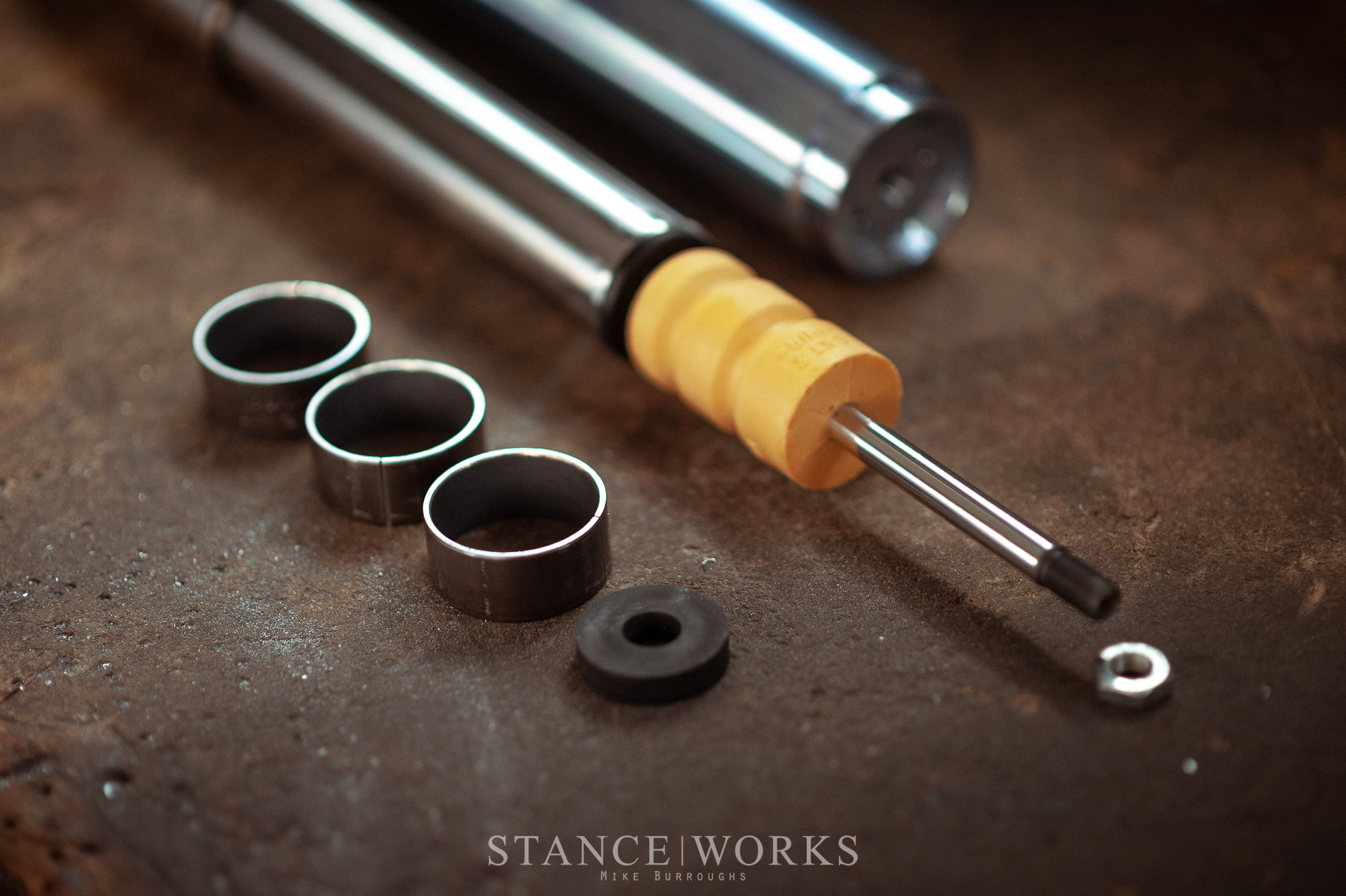 Rebound and Compression: an Explanation.

Some shocks though, typically higher-end and motorsports-derived units, allow control over the damping process. "Damping adjustment," as it's usually called, allows drivers and tuners to change the rate and force of damping within the shock: perfect for maximizing a car's capabilities on different race tracks or surfaces, for example. Adjustment is broken down into a few different levels, the most common of which is single-adjustable dampers. These units give the owner the ability to adjust the shock's "rebound" rate, or the rate at which it returns to its extended position. "Double Adjustable" shocks offer control over rebound and compression, the latter of which refers to the rate at which the shock compresses under load. Beyond that is three-way and even four-way adjustable shocks, which allow for independent control of the high speed, or sharp load force, and low speed, or soft load force compression and rebound. It's high-tech stuff, to say the least. In laymen's terms, though, it's easy to understand rebound and compression on their own. Compression adjustments change how the car's suspension compresses, and rebound adjustments change how it returns to neutral. 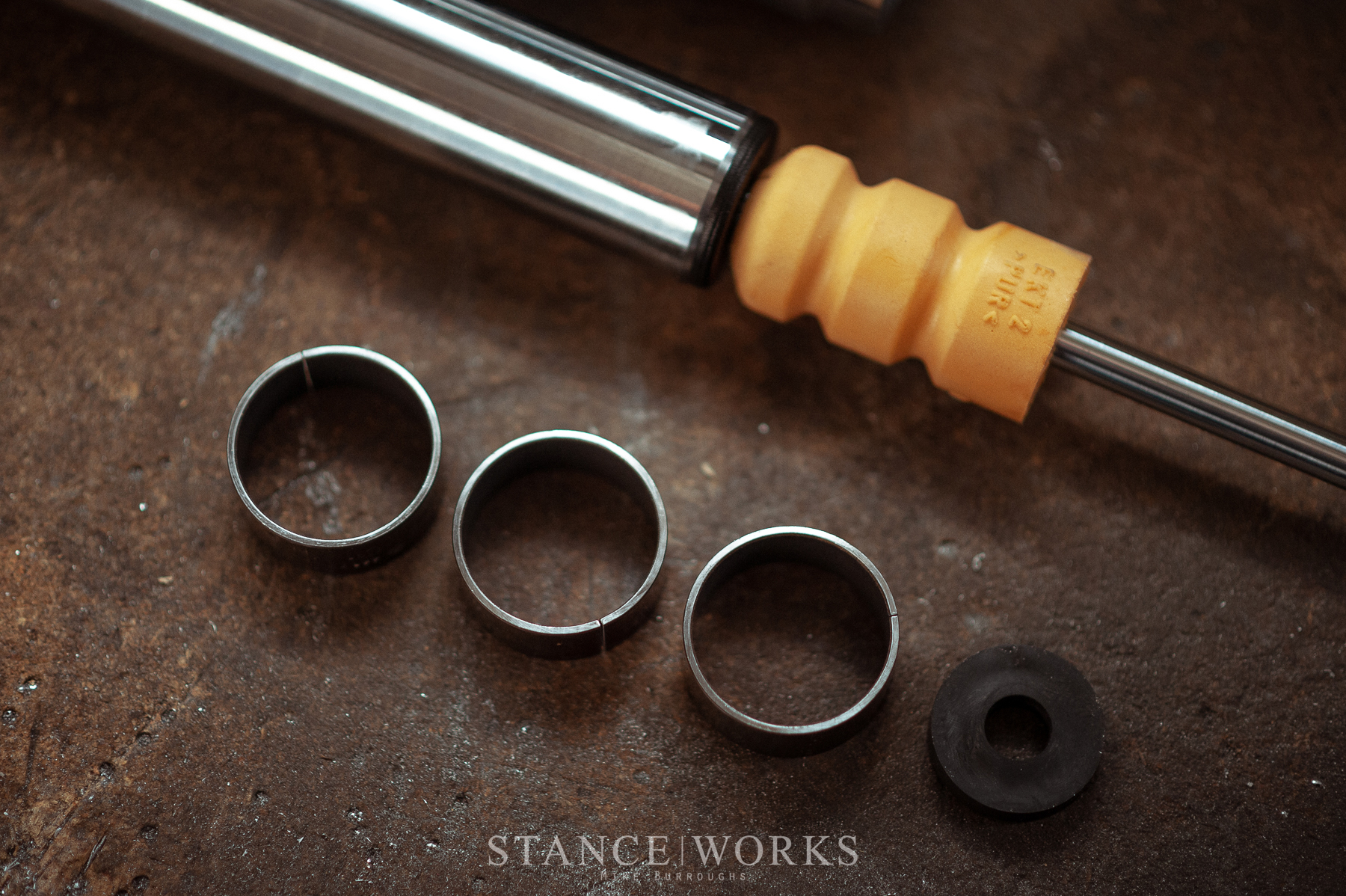 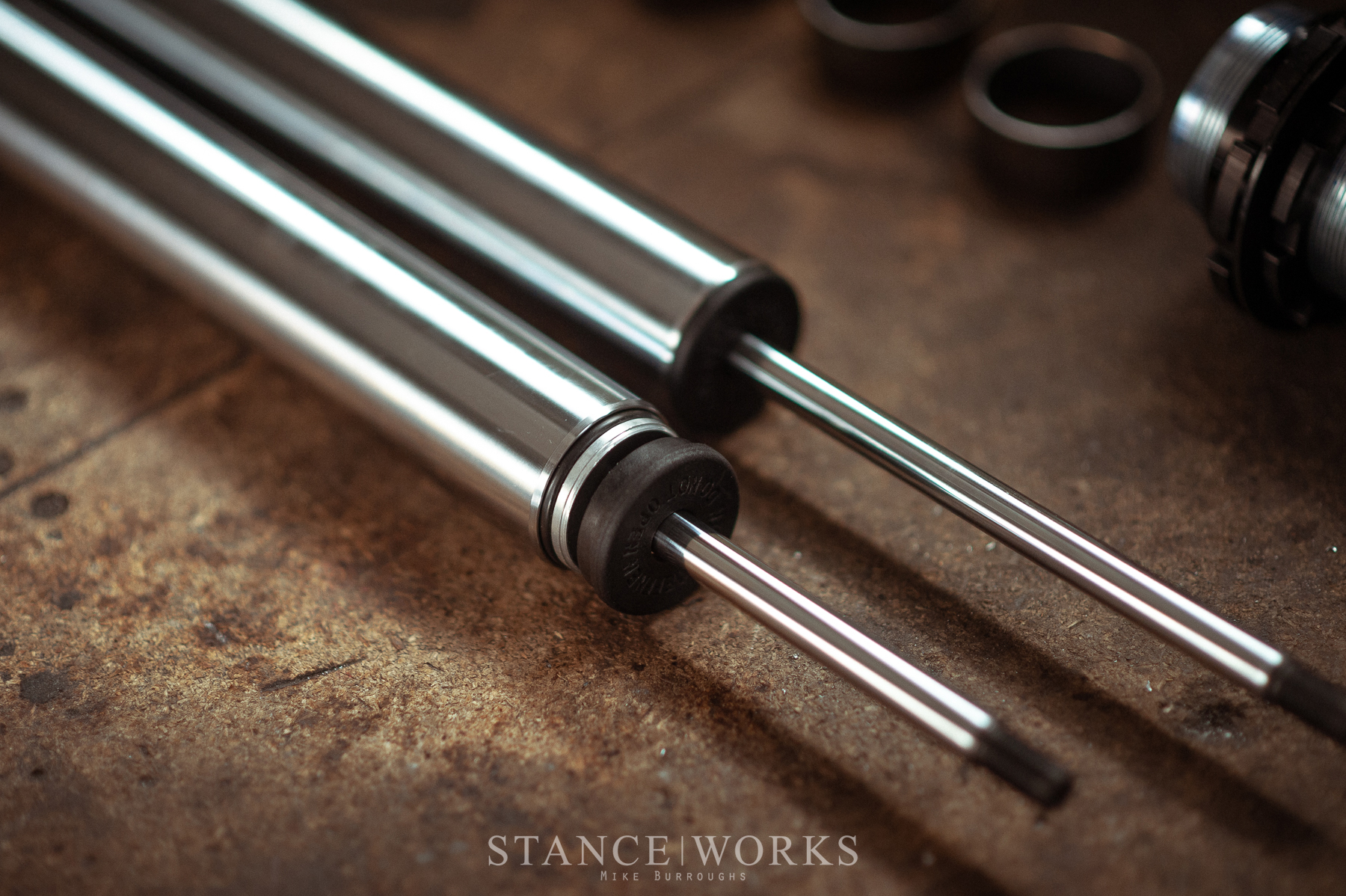 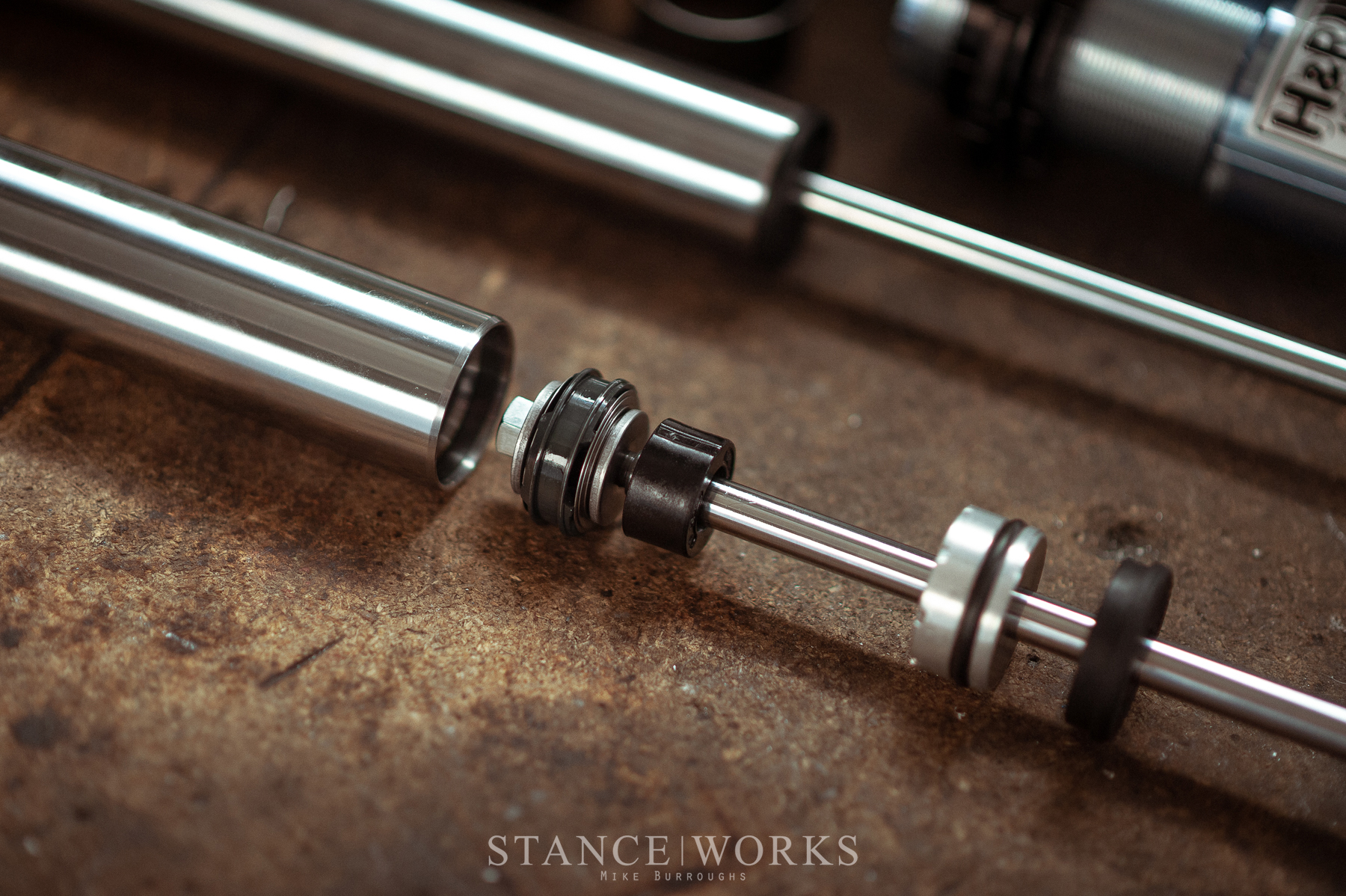 A Look Inside: Shock Construction

Understanding how shocks work is one thing, but an inside look is something else all together. Seeing the internals is likely to help further explain how a shock works in actuality. There are a few schools of thought for shock construction, the main two being twin-tube and monotube construction. While the two look largely similar, their inner workings are a bit different. Twin-tube shocks are typically found in factory applications, due to their lower production cost. Monotube shocks, on the other hand, are the go-to for upgrade applications, and the standard found in performance suspensions. Inverted monotubes are exactly as they sound: exactly the same, but mounted upside down. In this article's photos, we're made privy to the inner workings of an H&R inverted monotube coilover shock. 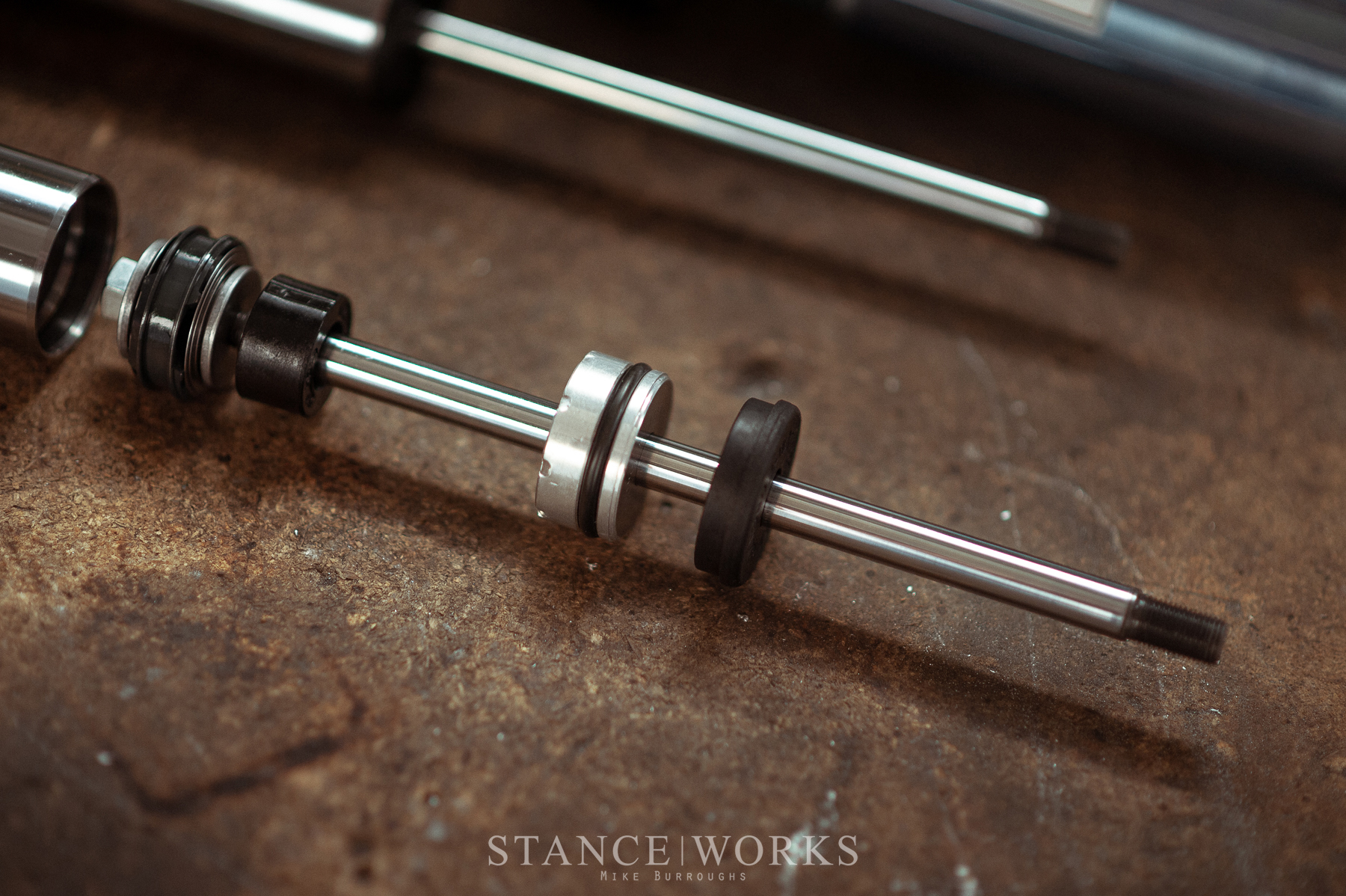 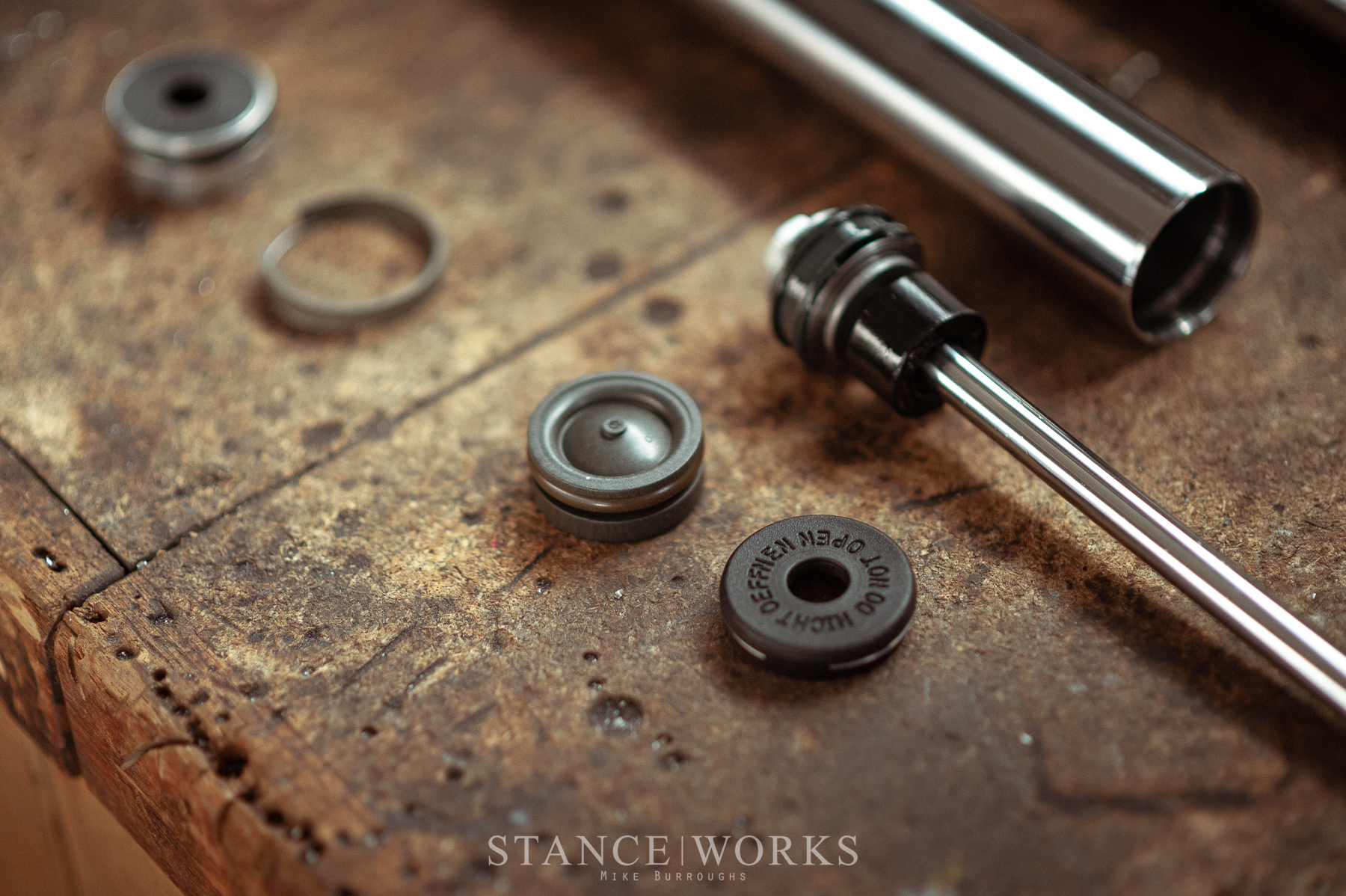 So you want to get a bit more technical? Pulling apart the H&R coilover reveals a few parts and pieces that, while important, aren't relevant to today's discussion: a set of three spacer rings, and bump stops, which we learned about in Springs 101. A look at the shock itself is where things come into picture. A monotube shock absorber is comprised of two main parts: the body, and the piston. The function of the shock is divided into two sections, but we'll start with the important one at hand: the fluid chamber. Being a monotube shock, the damper uses a single valve assembly mounted to the end of the shock shaft. This piston assembly moves through the fluid chamber of the shock, and much like paddling your hand through water on edge versus flat-out, the piston assembly dampens movement overall. It's through this method, in the simplest terms, that a shock works as a whole. The gas chamber adds a second dynamic to the system: during aggressive movement, the gas chamber's pressure increases thanks to a floating piston. This rapid increase in pressure provides additional damping force in demanding scenarios. Together, these systems work in unison to make your car handle bumps, turns, dips, and dives better than ever before. 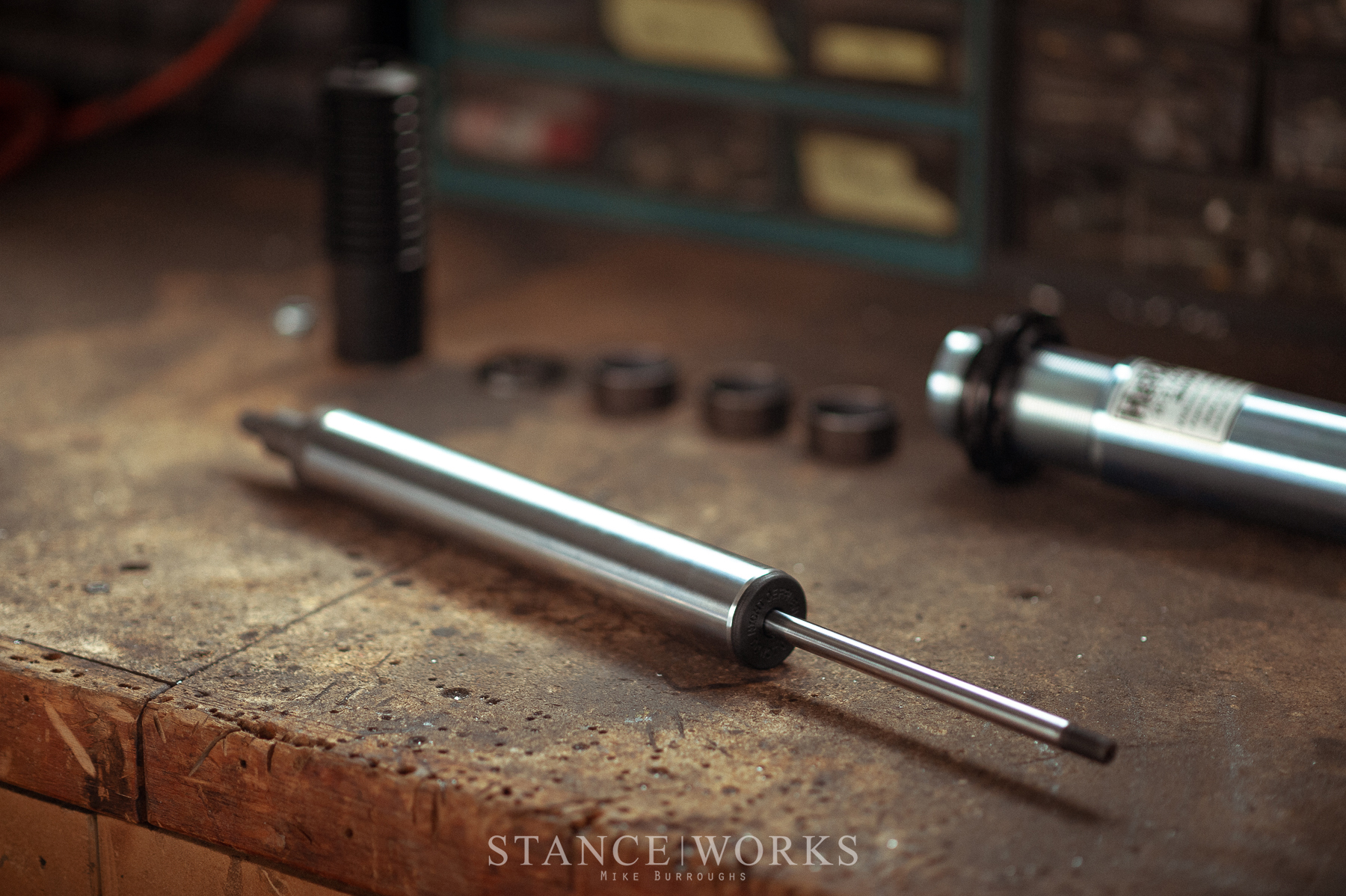 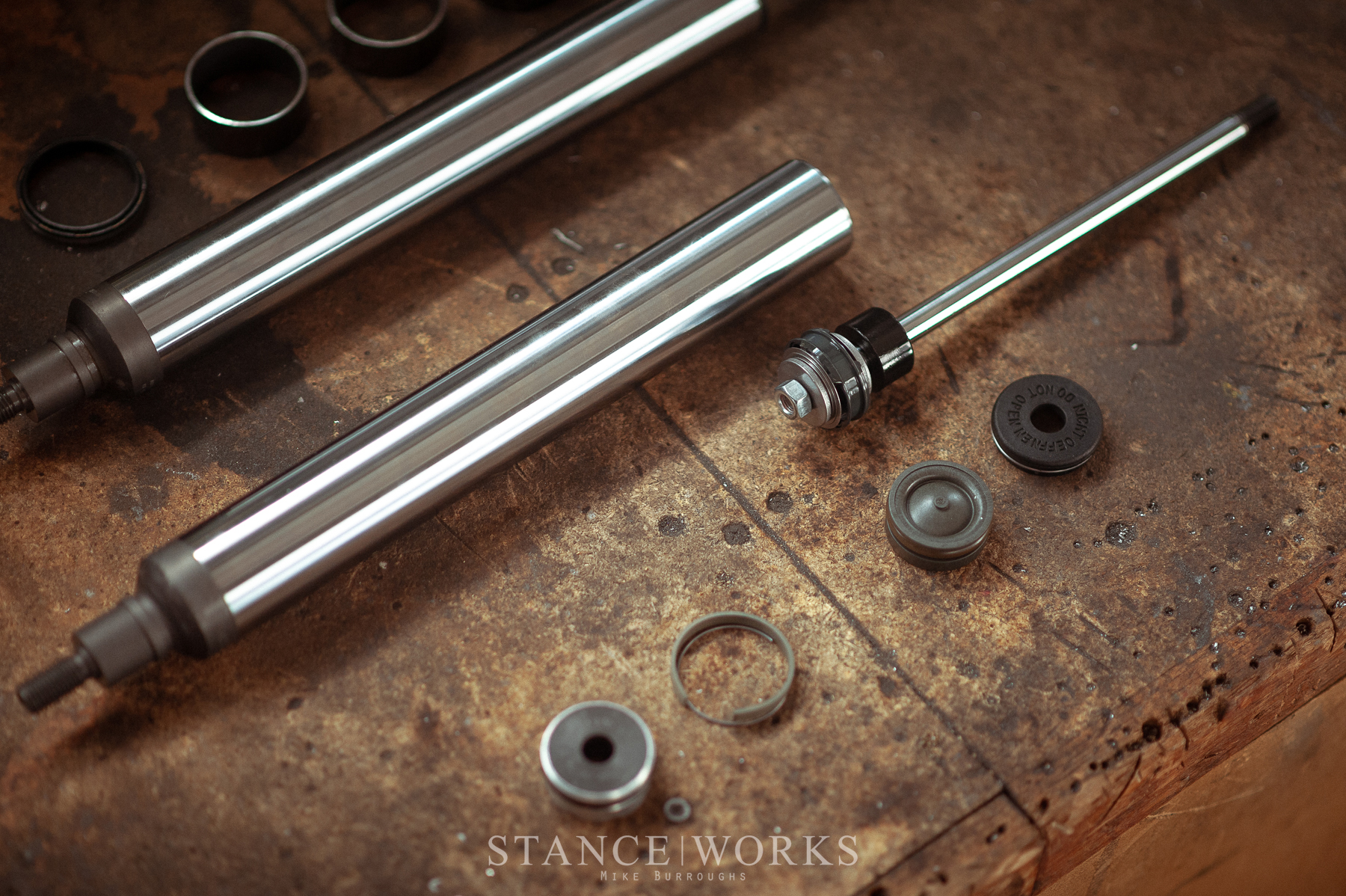 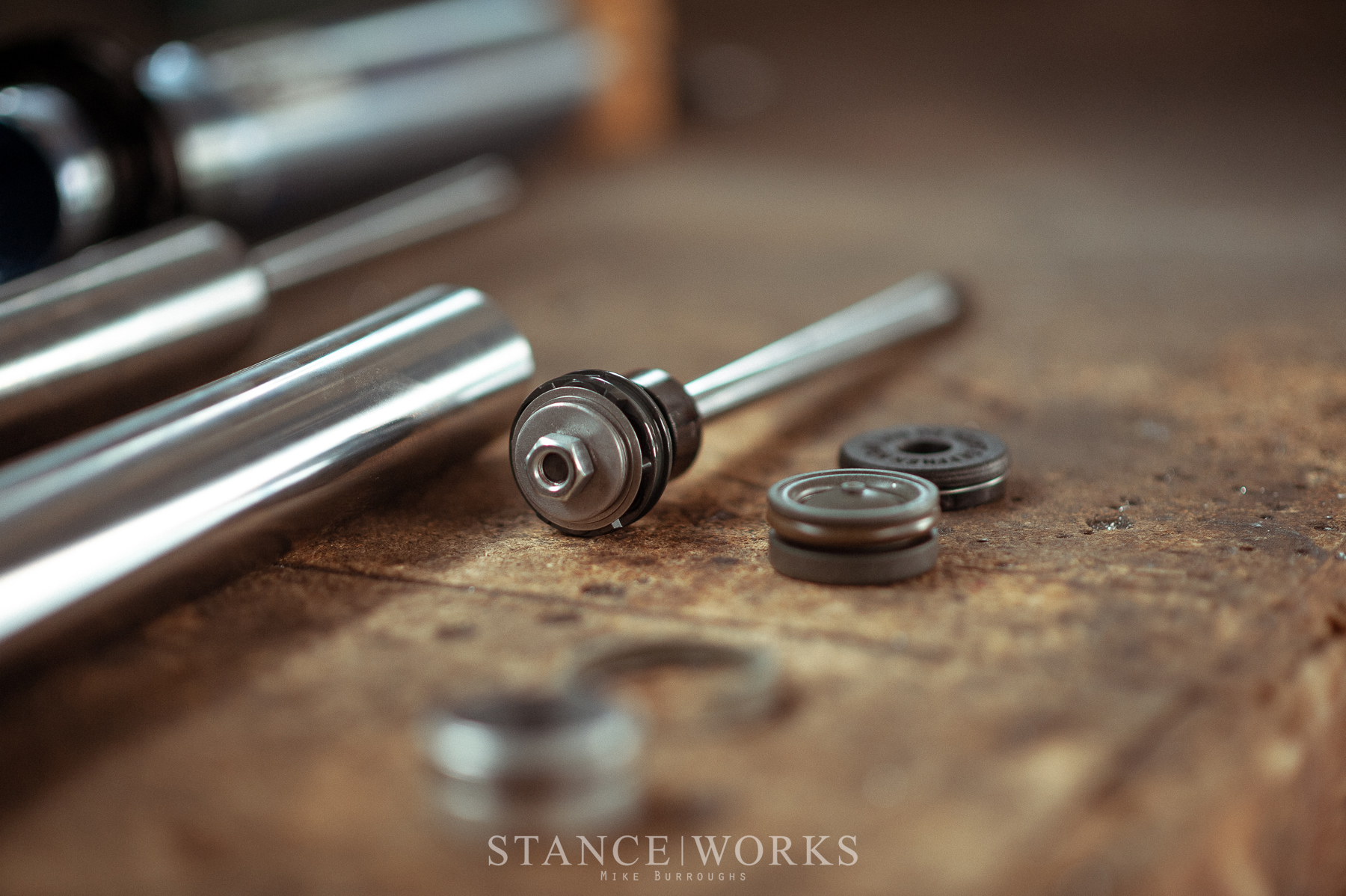 And with that, you've got the basics: Shocks 101 with H&R Springs. There's a million and one things left to discuss, debate, and calculate, but with the basics at hand, you're now better equipped than ever to understand what's happening under your car. Happy shopping, and happy tuning! 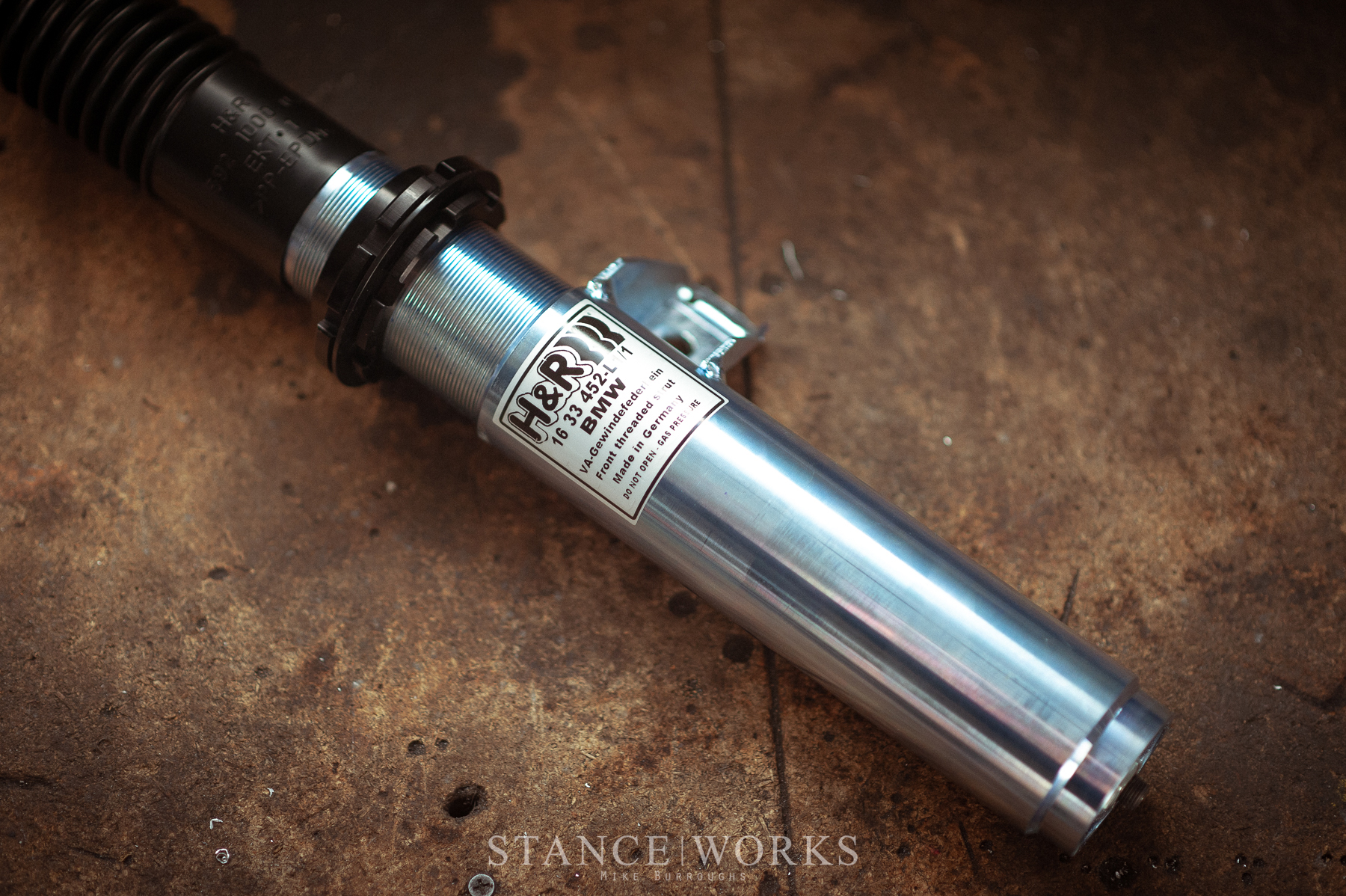 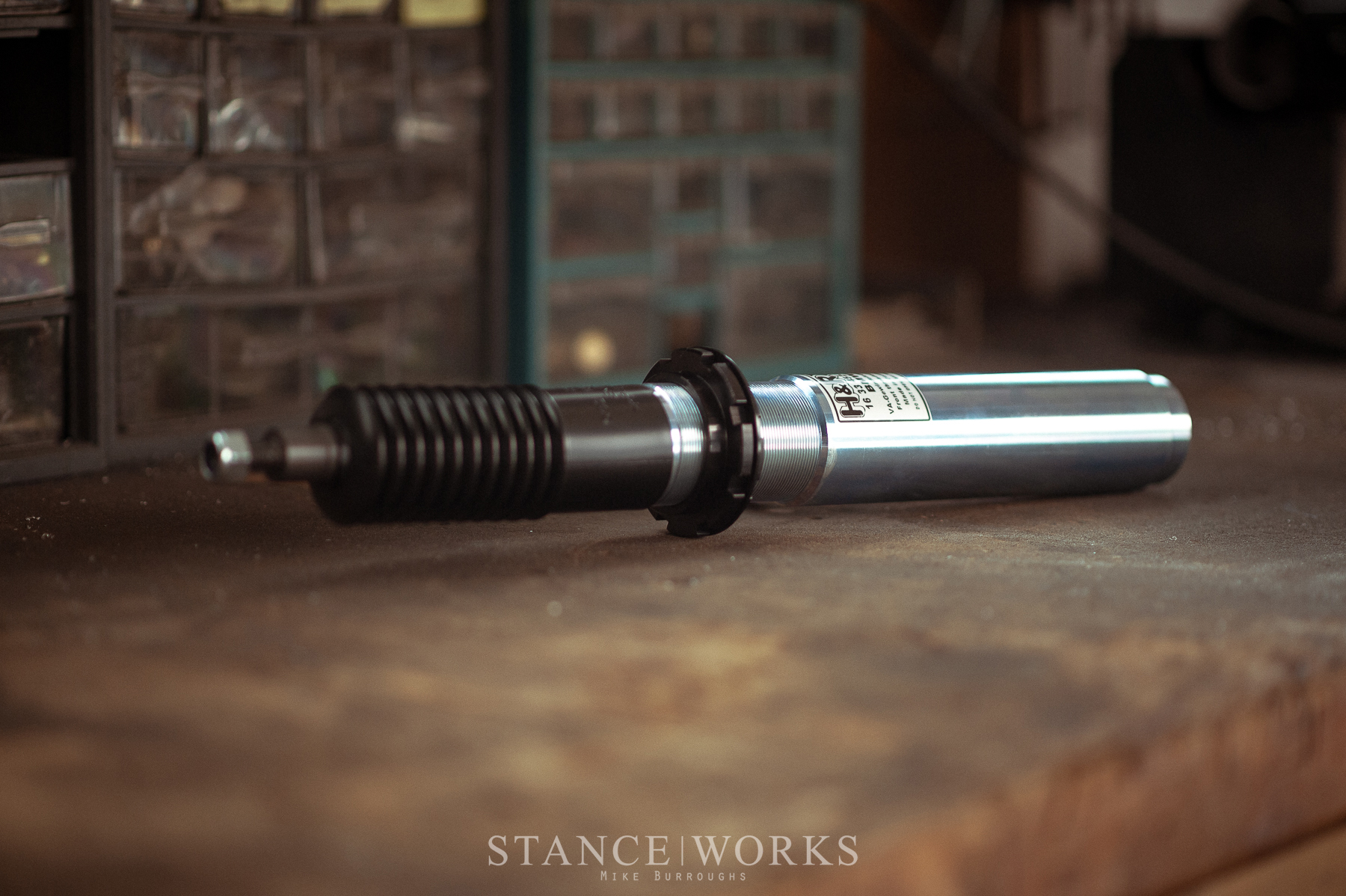