The BMW 8 series, at its core, is an astonishing machine. Built as the technical foundation and architecture for BMW models still produced today, it warranted spending nearly a billion dollars in development costs when adjusted for inflation. From its multi-link rear suspension geometry, to its first-of-its-kind drive-by-wire technology, it brought new technology to the table, and with features like stability control, traction control, speed-sensitive power steering, and electronic damper control all available in 1990, it was, by most measures, definitive of the automotive future. Its design has aged incredibly well, leaving little to be desired despite being more than 30 years old (nearly 40, considering the 8's program began in the early 1980s). With a starting base-model price of around $70,000 in 1990, it inflates to a starting price of nearly $140,000 in 2020: a wildly expensive car by almost any standard. Today, though, the 8-series platform can be found for a mere fraction of that, with maintenance costs and depreciation playing out their fateful duel against the value of seemingly every luxury car ever built. 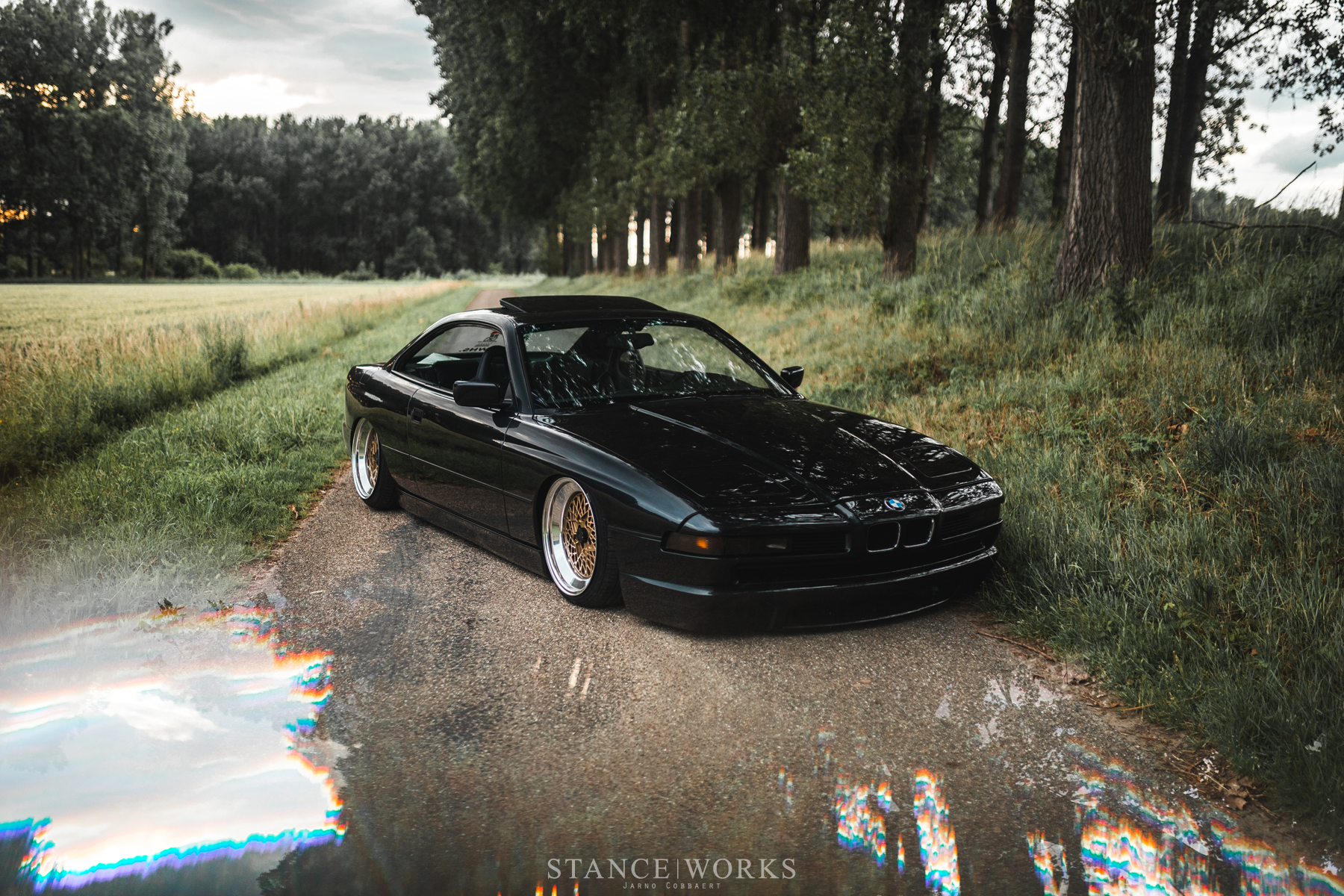 For Niels Chrisiaens, it makes for a dream come true: at 27 years old, he finally has an 8 to call his own, it too tallying in at 27 years of age. Having bought the 840Ci from original owner, it was an ideal example: well kept and cared for, but sporting the beauty marks of age that an enthusiast can not only embrace, but fix as well. An overall paint correction and replacement bumpers were largely all the big coupe needed to be returned to its former glory, allowing Niels to begin making it something of his own. 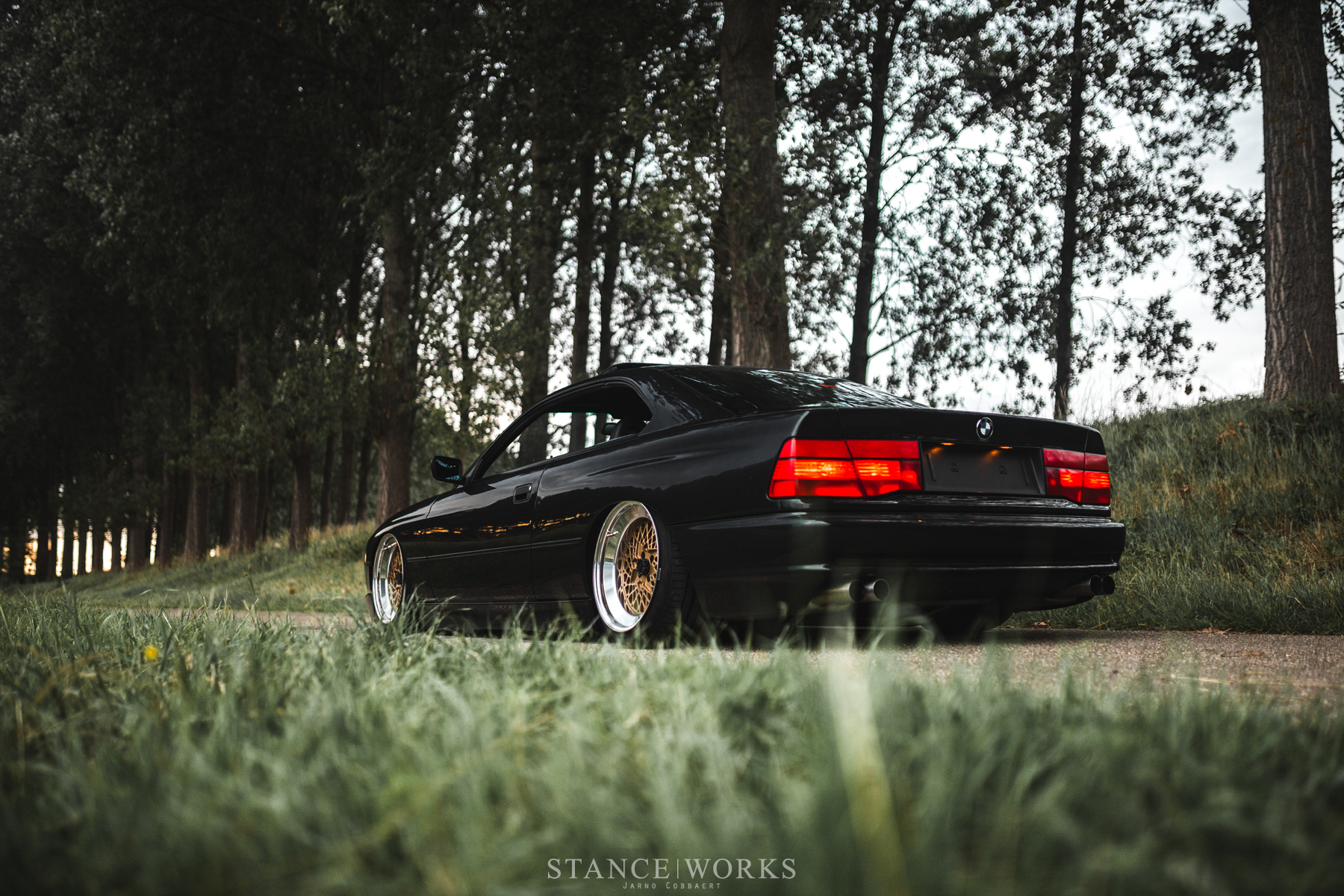 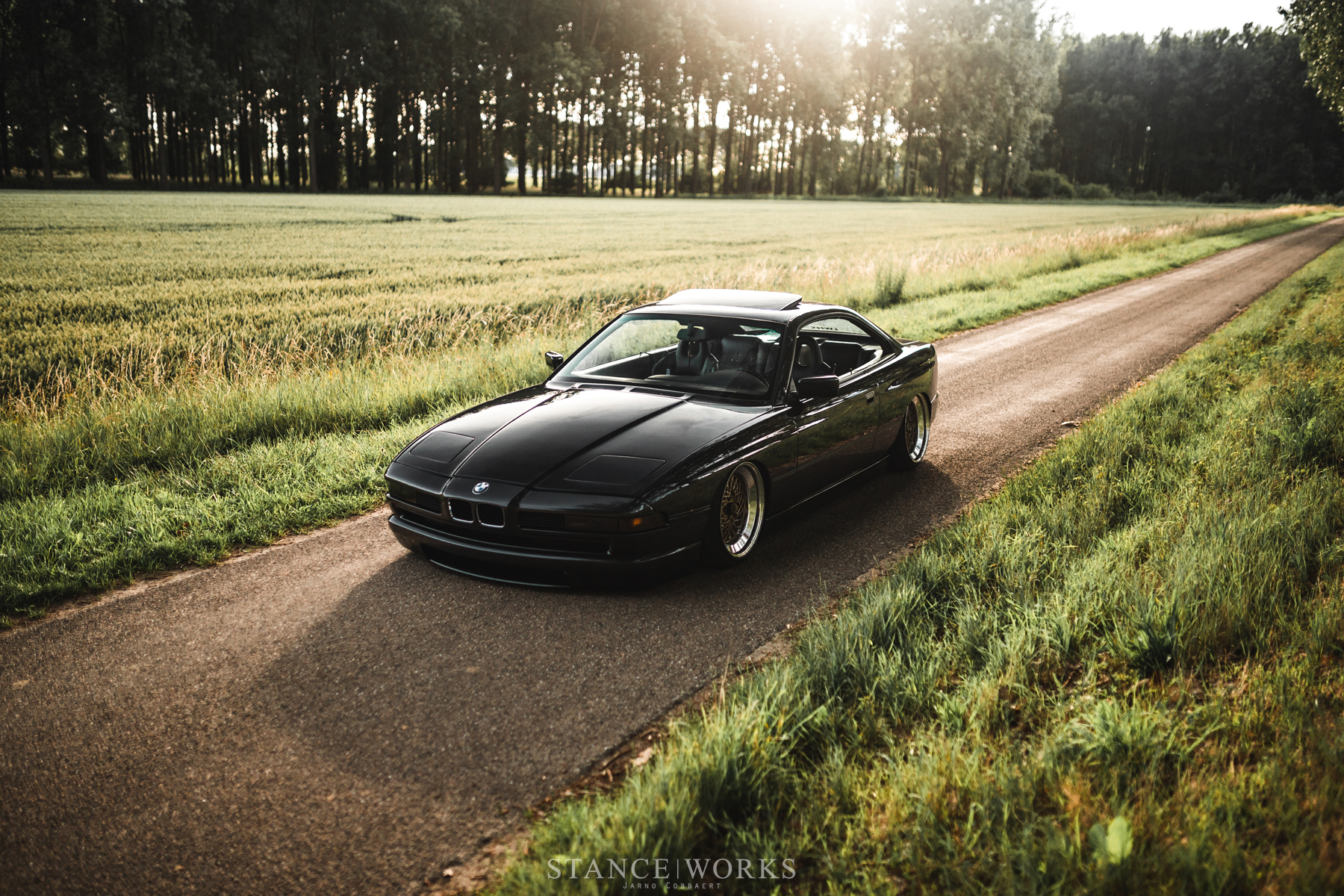 Niels's infatuation with the BMW marque dates back to his childhood, remarking that he remembers a fond love for anything with an engine from his earliest days. At 18, he finally bought his first example: an E36 sedan with M3 bodywork. "That's the moment BMW had my heart, I guess," he says. A short stint with a few Audis only helped to reaffirm his love for the BMW marque, and today, he's back. As a kid of the '90s, it comes as no surprise that Niels holds the 8-series in such high regard... as the halo car for his favorite marque, and as a machine that looks like little else, it's a fitting machine to put his own personal spin on. 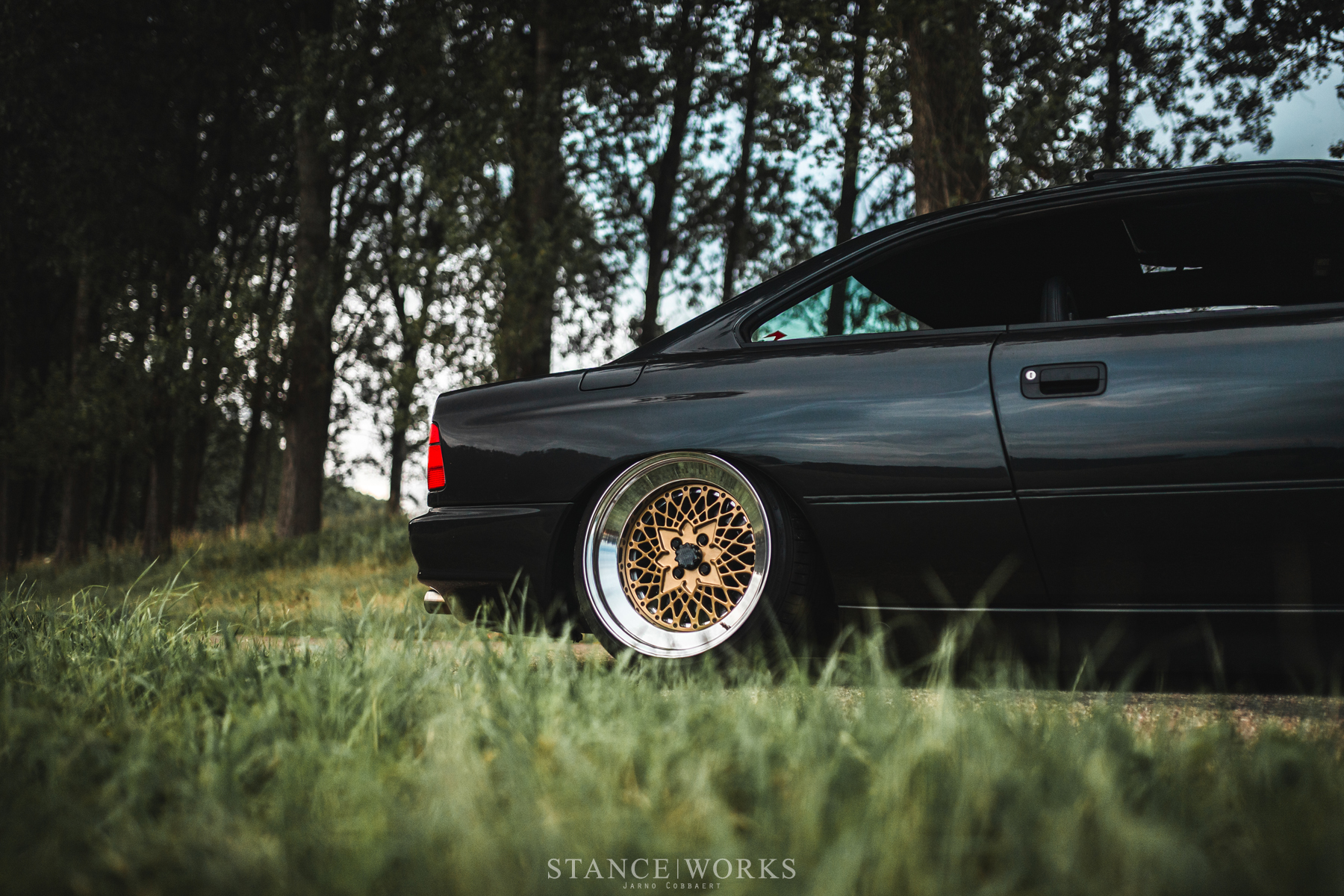 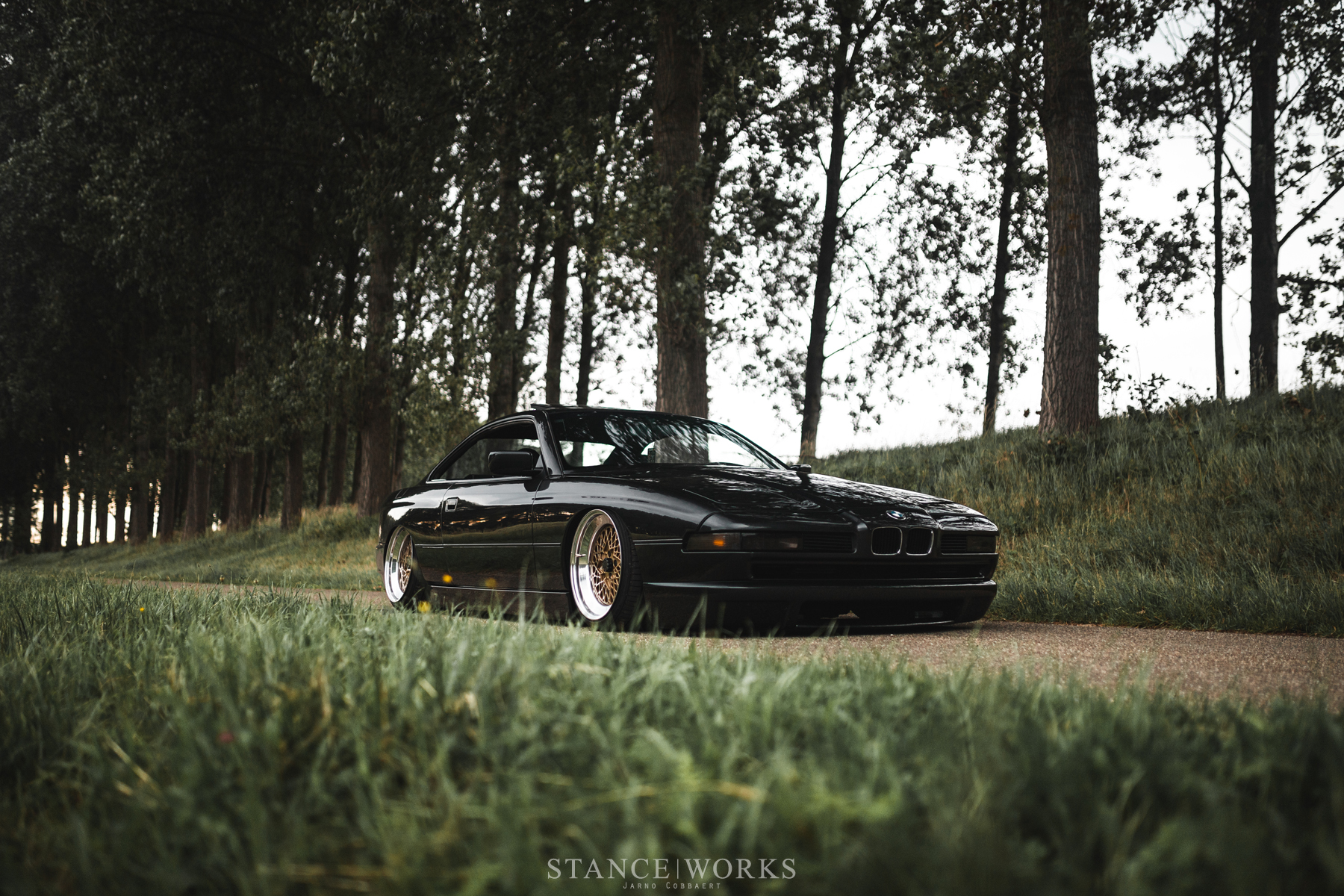 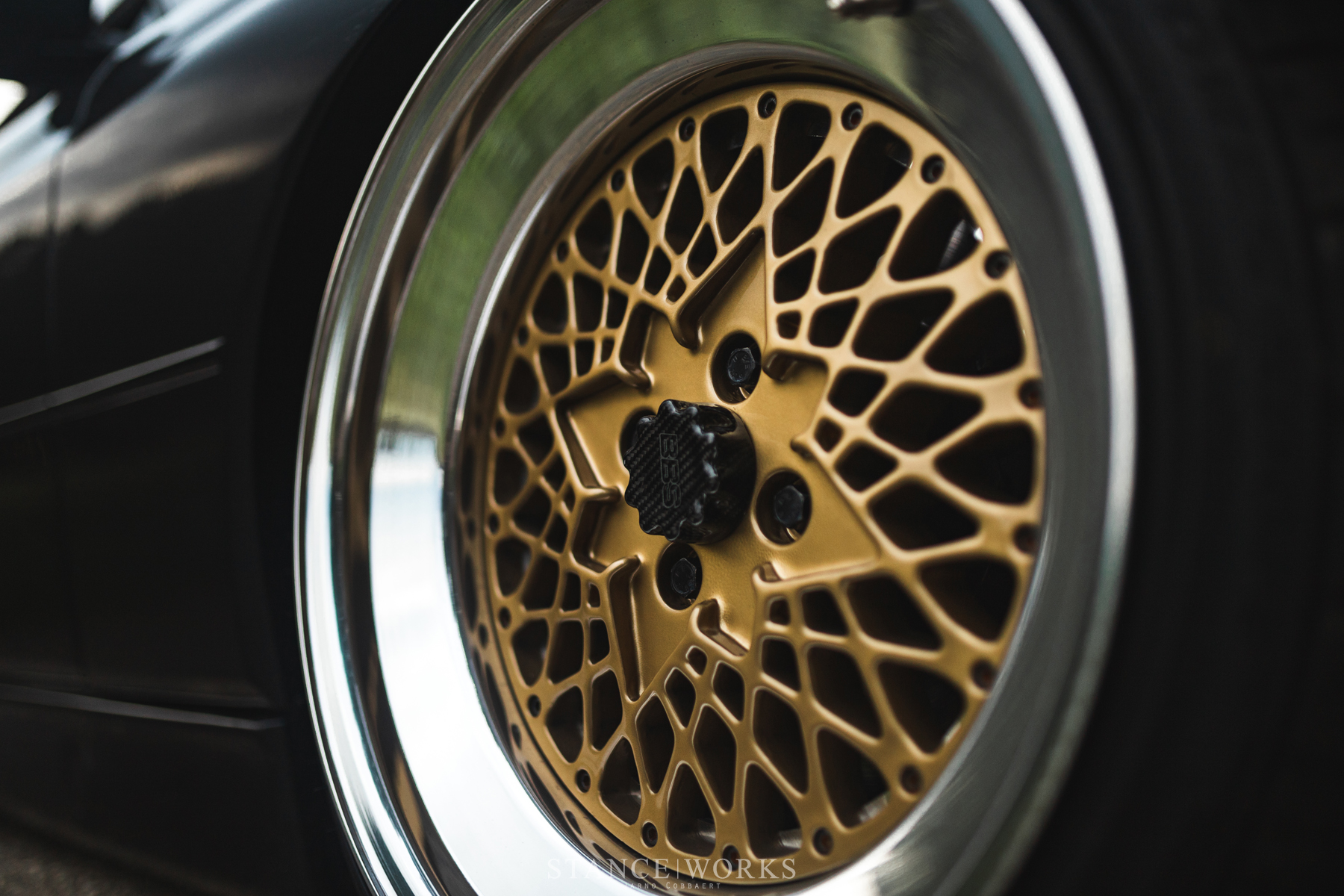 The elongated, pillarless coupe pays homage to the 6-series that preceded it; however, it's fair to say that its one of the more unique looking BMWs. As is typical with grand touring coupes, the lines and shapes only improve as ground clearance decreases, meaning the decision of what came first for the E31 build was easy. Niels turned to Kean Performance for struts and Dunlop air bags, paired with digital management for ride and height control. With the rockers planted firmly on the ground, Niels turned to BBS for rollers: a set of E49s, measuring out to 18x9.5 and 18x11, with 3 and 4 inch lips respectively. The wheels fill the arches, and the leftover space is taken up by Toyo rubber. 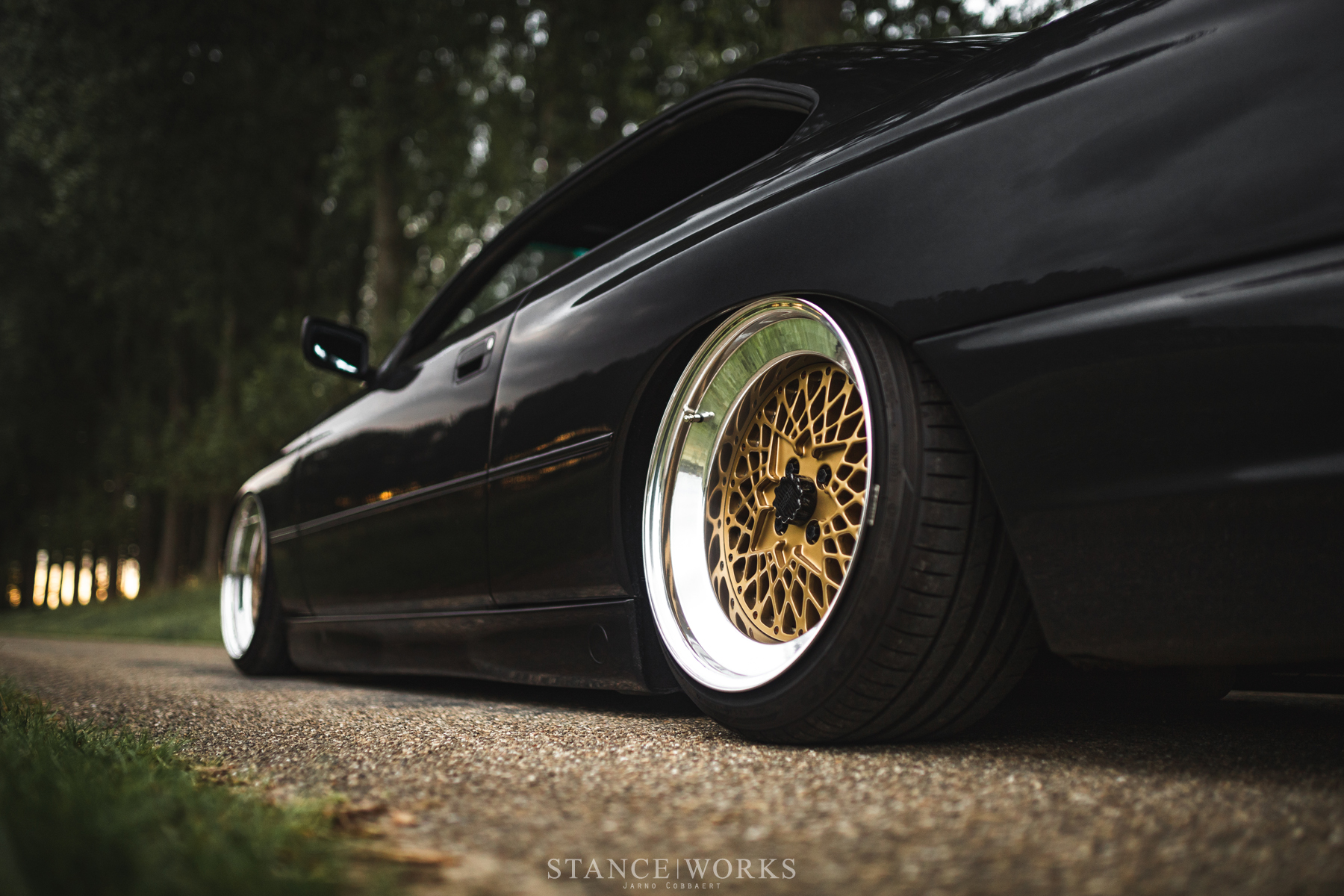 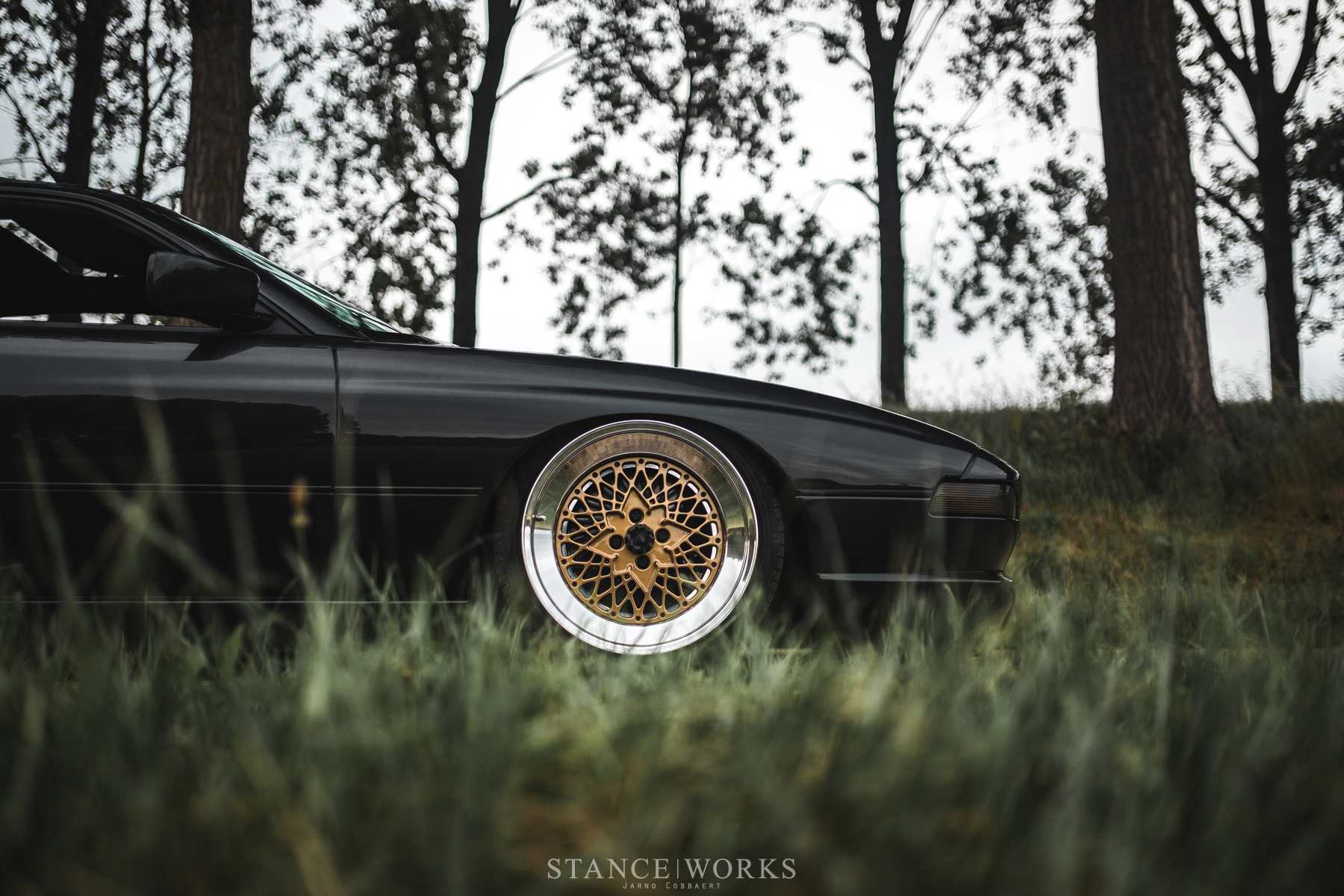 The exterior of the car remains largely left alone, following the 850CSi bumpers. Small touches like smoked lighting, all-red tails, and a custom exhaust that protrudes from the rear bumper. On the inside of the car, though, Niels has gone to lengths to make it unlike any other. As a black-on-black example,  Niels has continued the theme, utilizing a pair of black Honda S200 buckets as a curveball solution. 4-Point harnesses and a Momo steering wheel provide some sporty hints, but it's the custom work that brings back old school flavors of real interior buildouts. Custom carbon fiber trim lines the interior, hand-laid to replace the original plastics. In the back seat, the center console has been completely rebuilt to house the air management and components, also skinned in carbon to match. 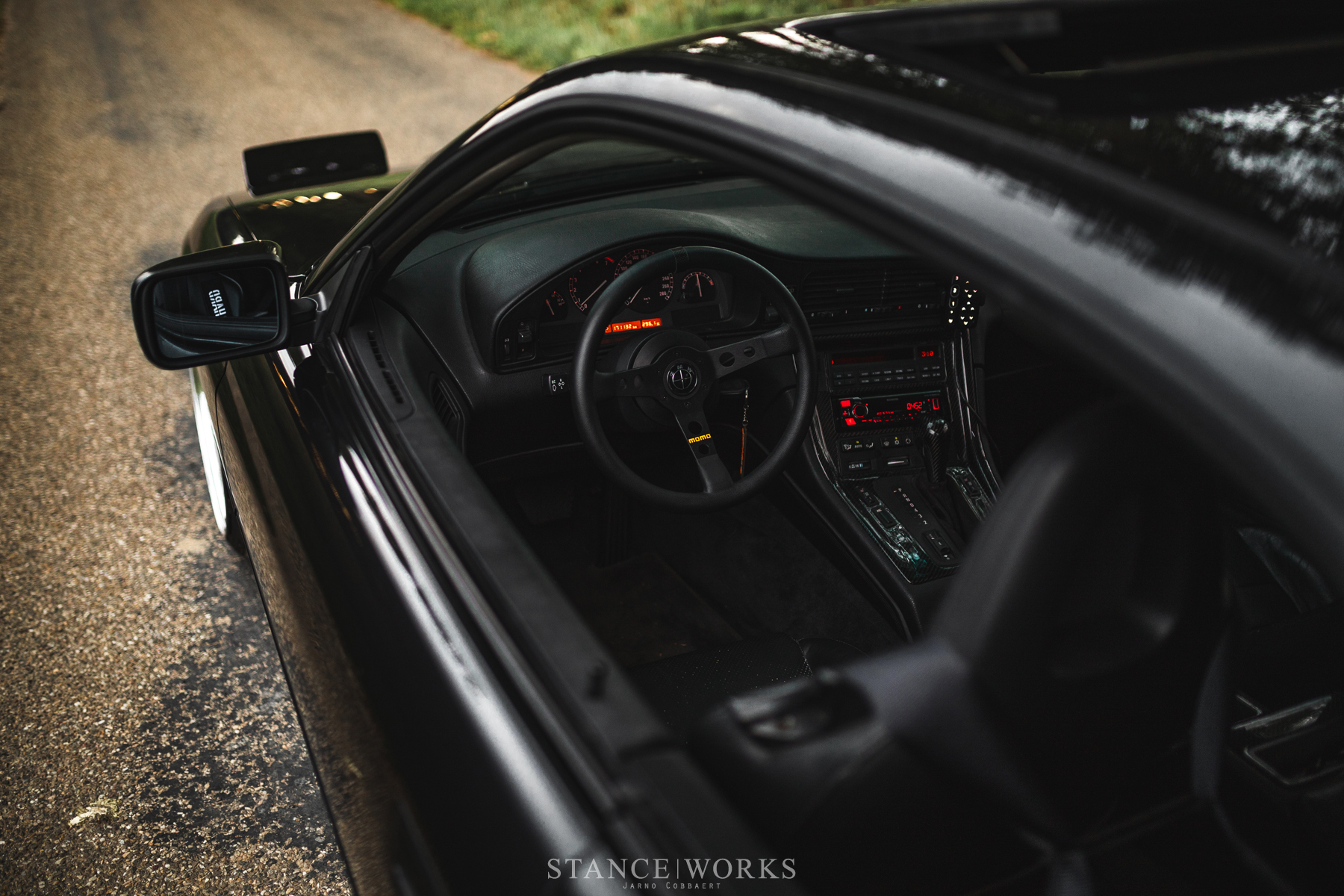 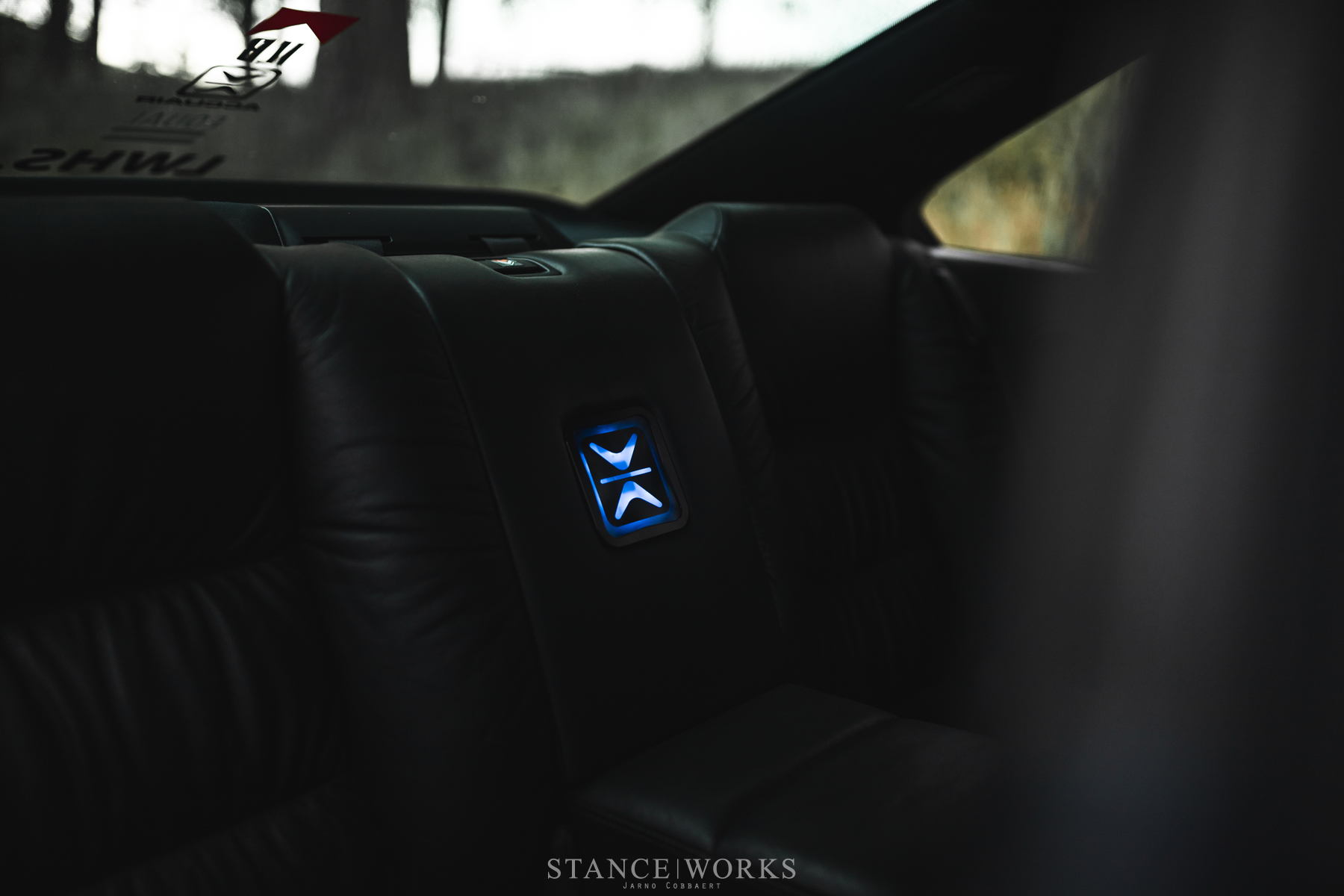 While there's still lots left on Niels's to-do list, it's exciting to see a less-than-common BMW given a familiar treatment. 8s are few and far between, but their presence and lines are unmistakable. Seeing one planted on the ground with the right bits and pieces, well, it just feels right. 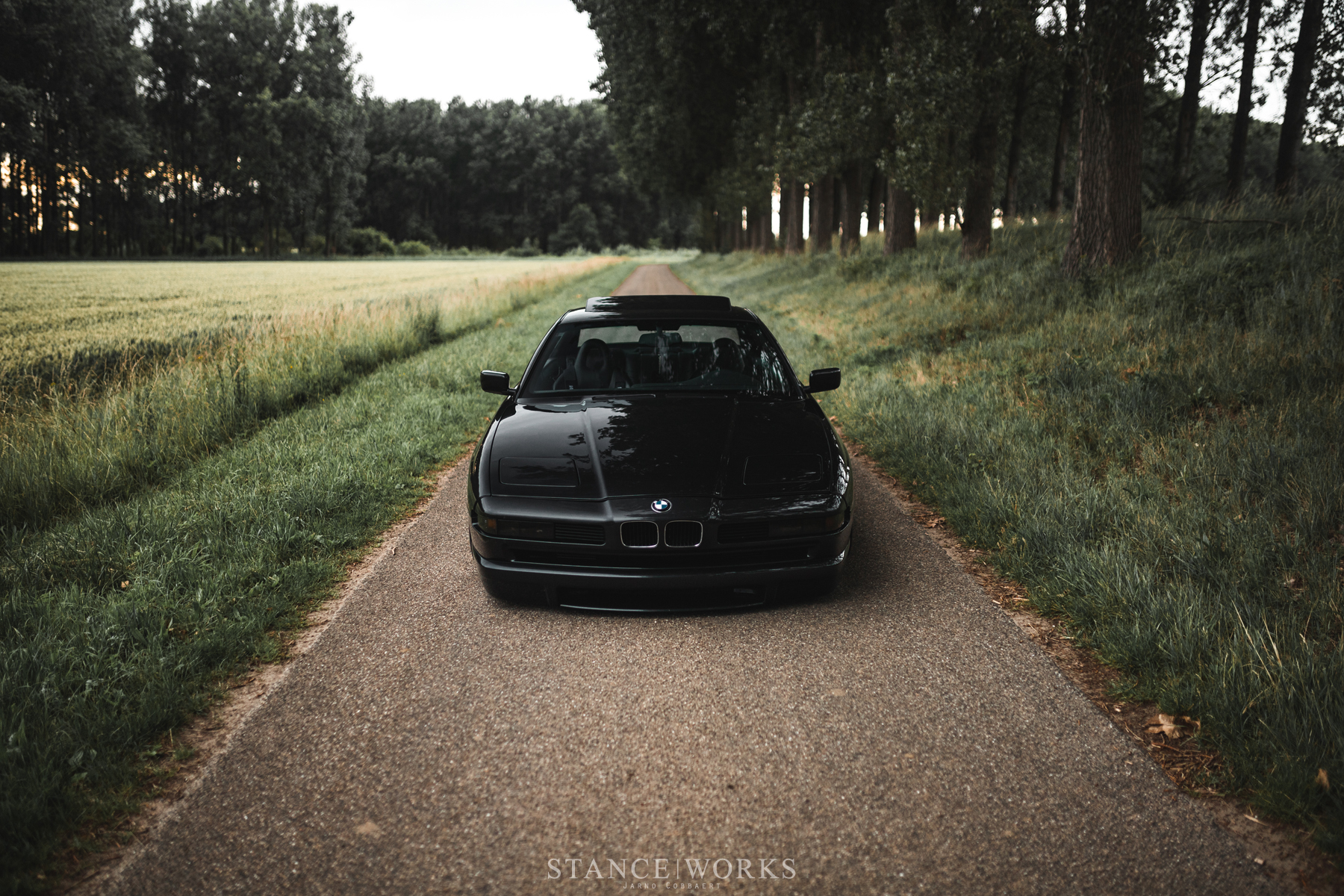 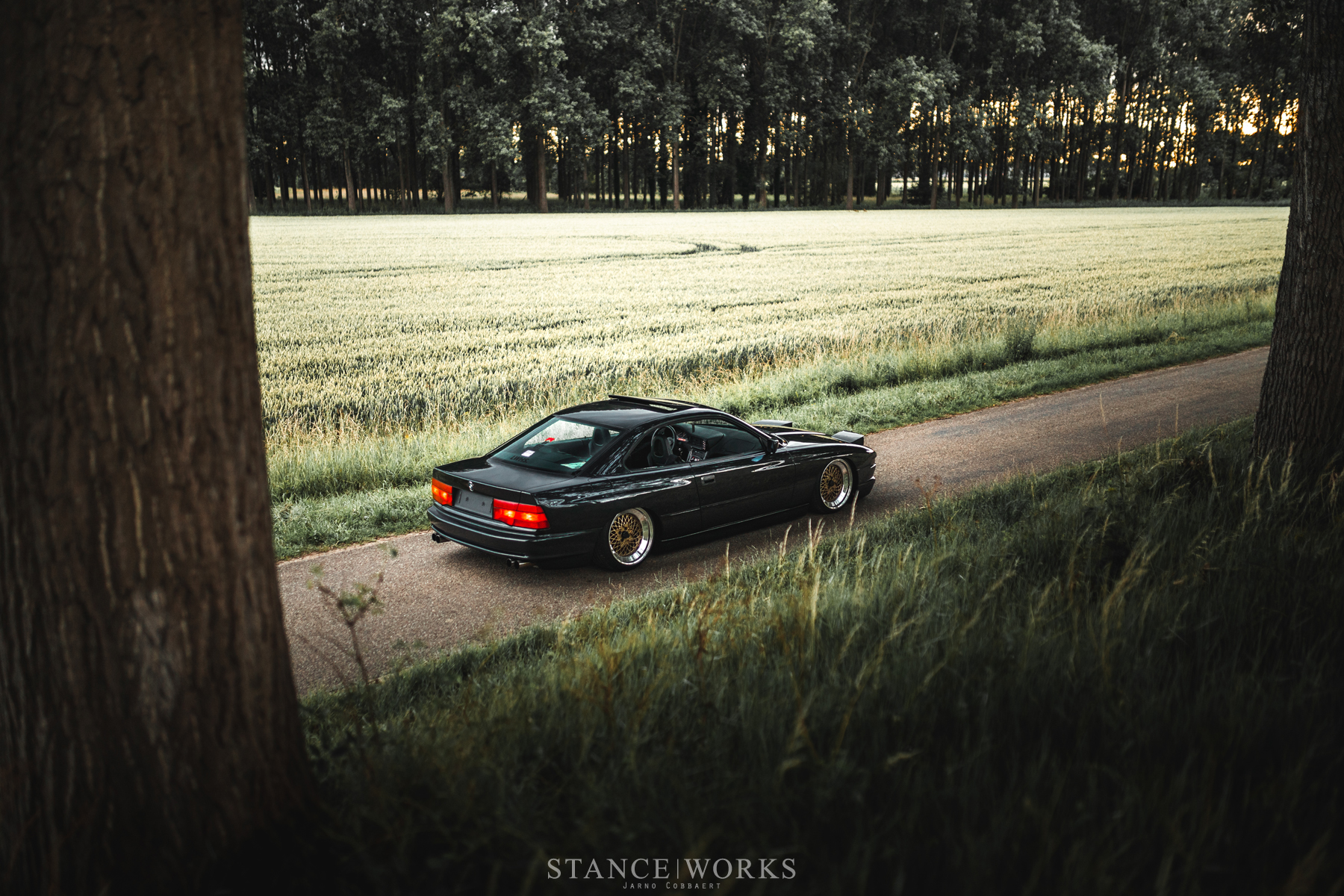