by Michael Burroughs Sunday 24 May, 2020 Published in Stanceworks.com

Fascination /ˌfasɪˈneɪʃ(ə)n/ - noun - the power to fascinate someone; the quality of being fascinating. "Lowriders have always held a fascination for me." 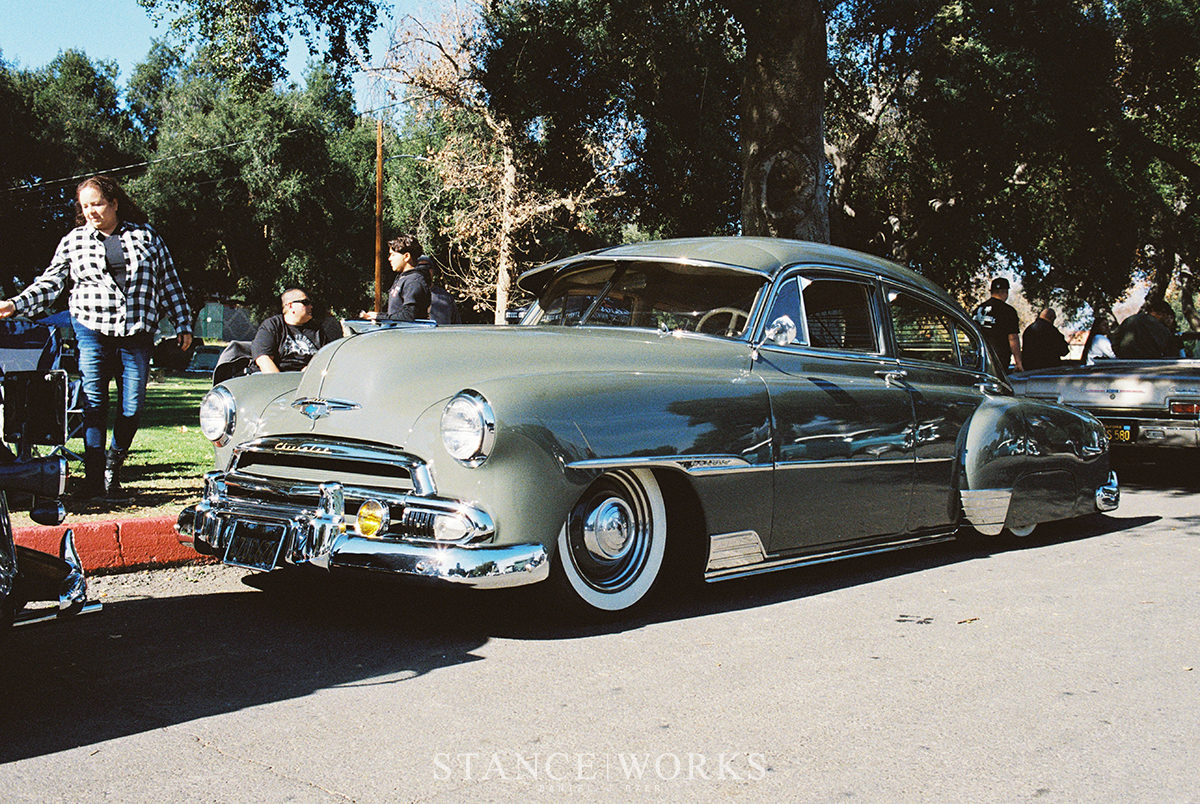 Since around the age of 10 I have been intrigued by the world of Lowriding. Initially, it began as a sensory experience. Back then, the internet was this new and wonderful world of information, and in small quantities, Google was fresh, and when you searched something you may have only found a hand full of results compared to the 5 ads you have to scroll past before getting to what you’re actually after today. 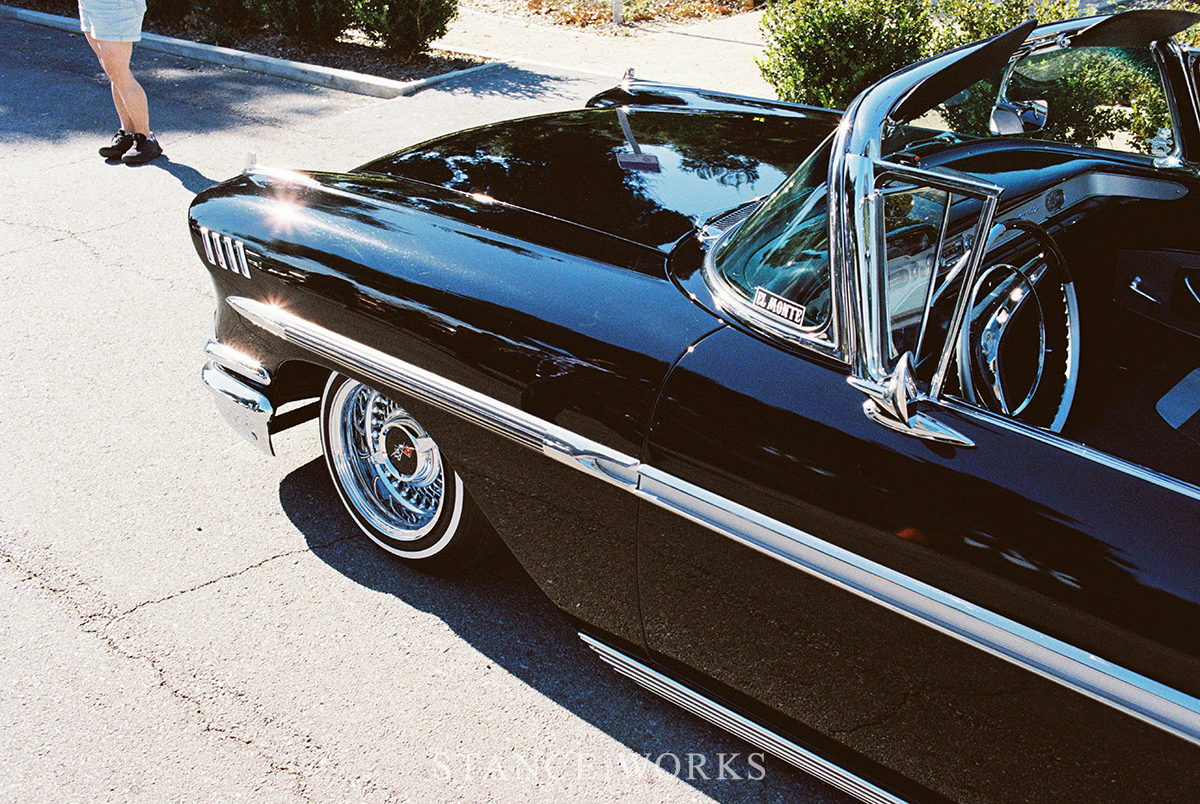 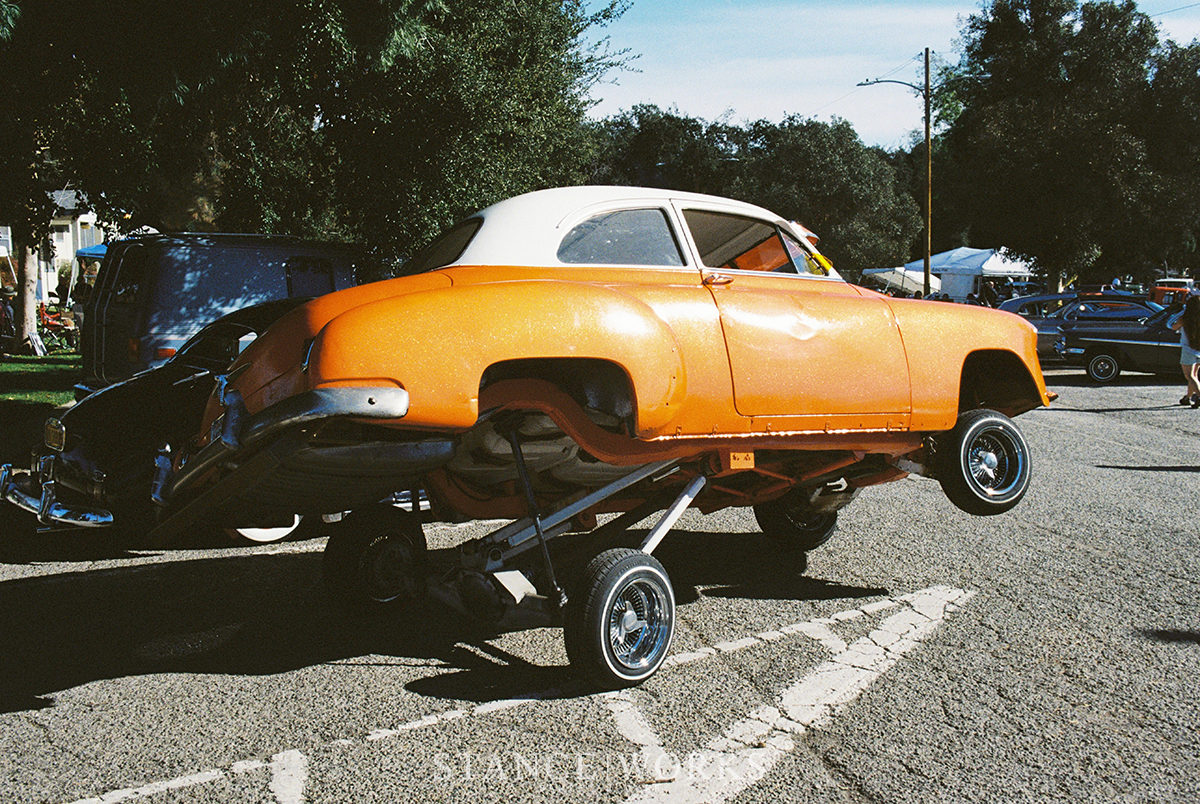 In my teens, one of the first forums I ever signed up to were the LayitLow message boards. At the time, I had started building lowrider bikes, saving money from birthdays and cutting grass to buy accessories, while learning how to weld and lay basic sheet metal with my uncle in his garage. The forums were full of anonymous individuals from across the globe; it was a time before Facebook, before Myspace. Trolling was a part of the culture and most people didn’t take things personally. The forums were a source for ideas and inspirations along with some talented individuals sharing their knowledge to help people expand on their interests. 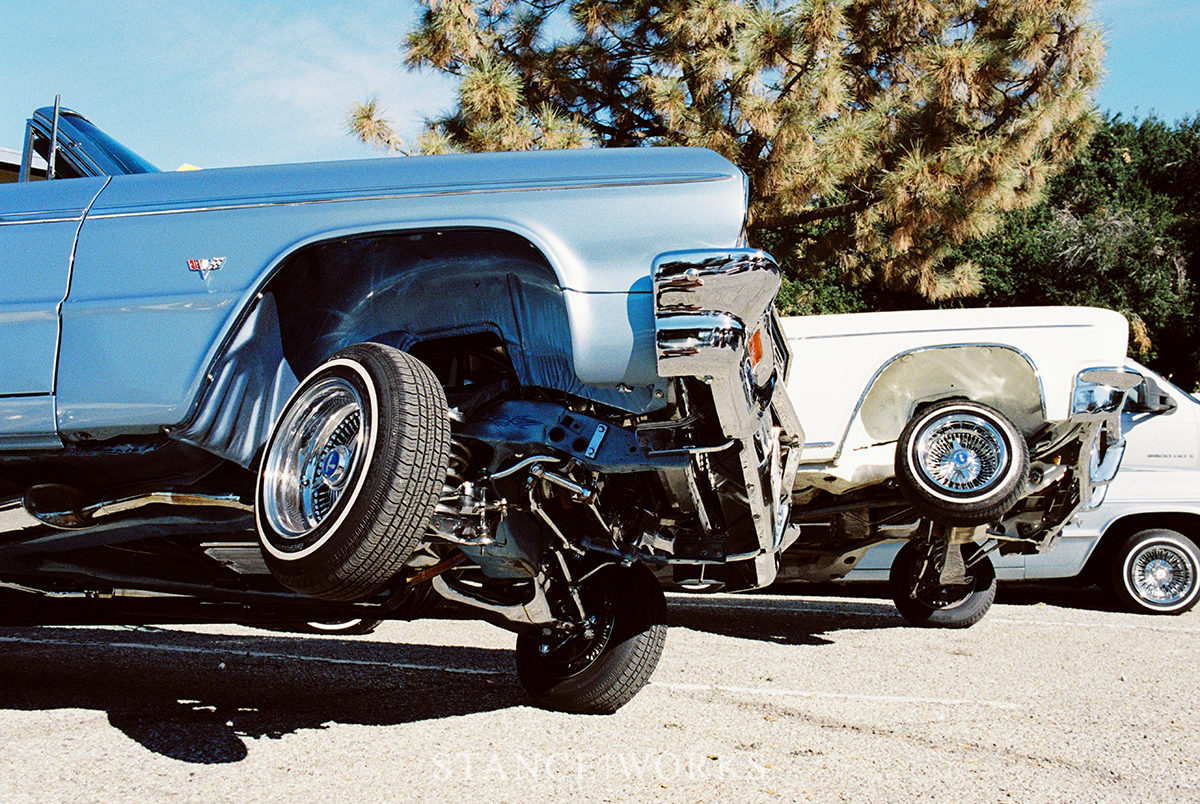 Here I learned the different styles of lowriding, from the different cars, to the different genres. Under the umbrella of lowriding there are so many subcultures that are continuously developing and evolving, even today. I would watch Cali Swangin VHS tapes at my friends shop, which introduced me to the raw type of lowriding in South Central LA, from guys “clownin” on the street to hopping in a mall parking lot, it was an insight into a world I believed I would never see in person. At the age of 15, things on the other side of the world seemed so far out of reach and yet that feeling can ignite something inside you to yearn for. 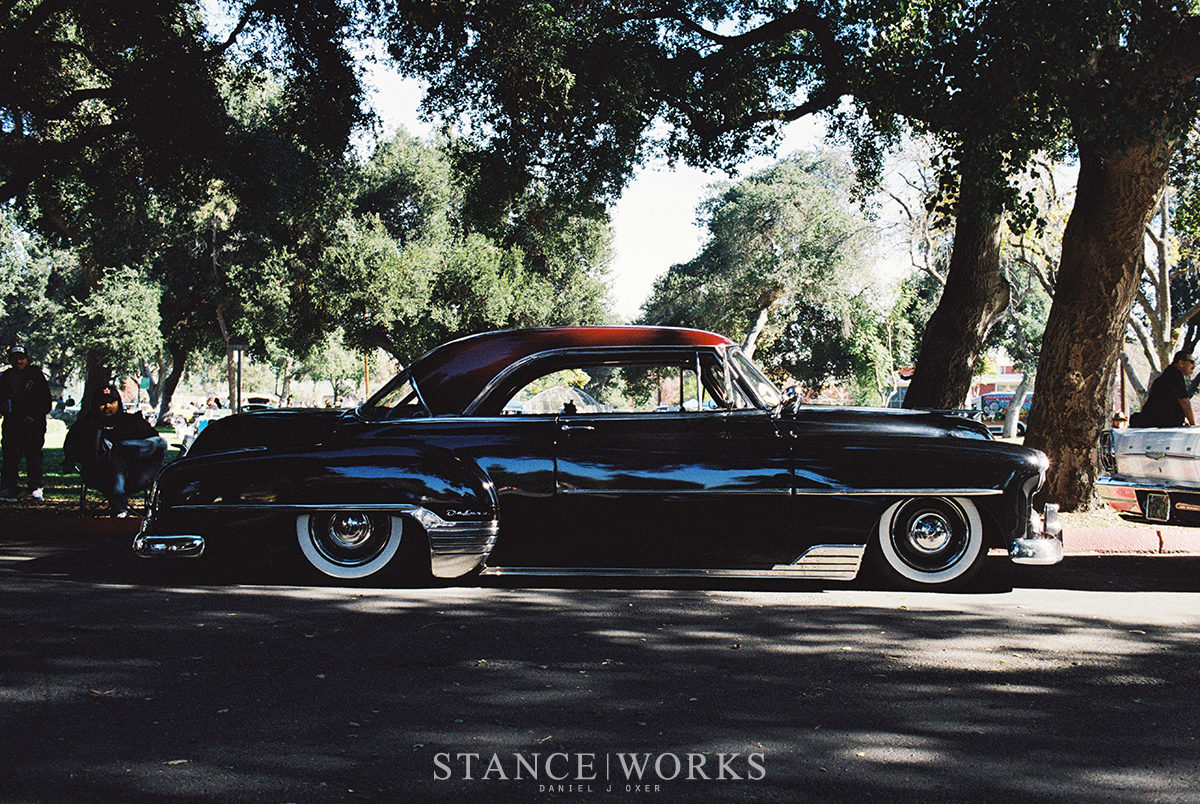 Fast forward to 2016, my third trip to the US. I was staying in California for an overdue escape from reality after going through a crazy rollercoaster life had put me through it was time to level out for a bit. It was my first time meeting Richie (@wickedweiss) in person after he had purchased a couple of cars for me and helped ship one of them over to Australia. My curiosity of lowriding had grown, Instagram being my only form of social media had opened up the world of lowriding to me, and I followed a bunch of accounts, one important one being @alexxx_the_gr8 who I had messaged prior to the trip. He was interested in letting me know when some shows were on while I was over, and just like that, Richie and I set off in search for lowriding culture firsthand. 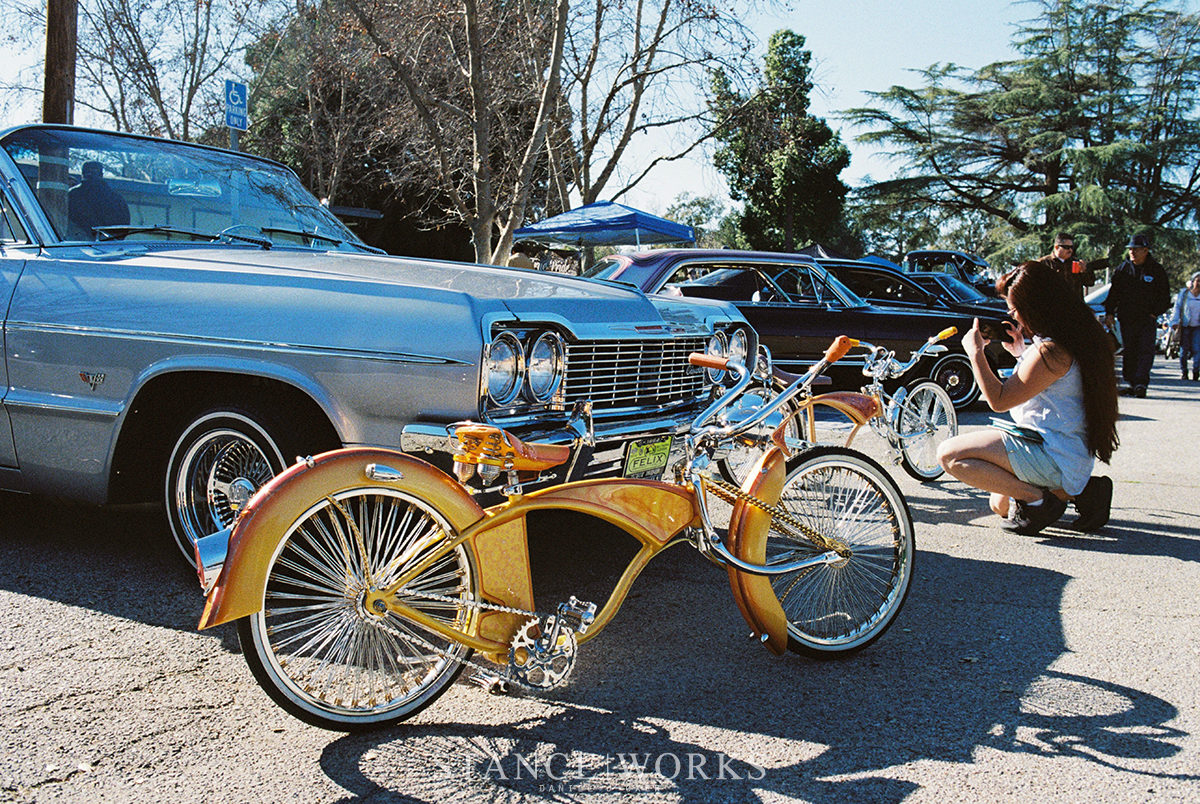 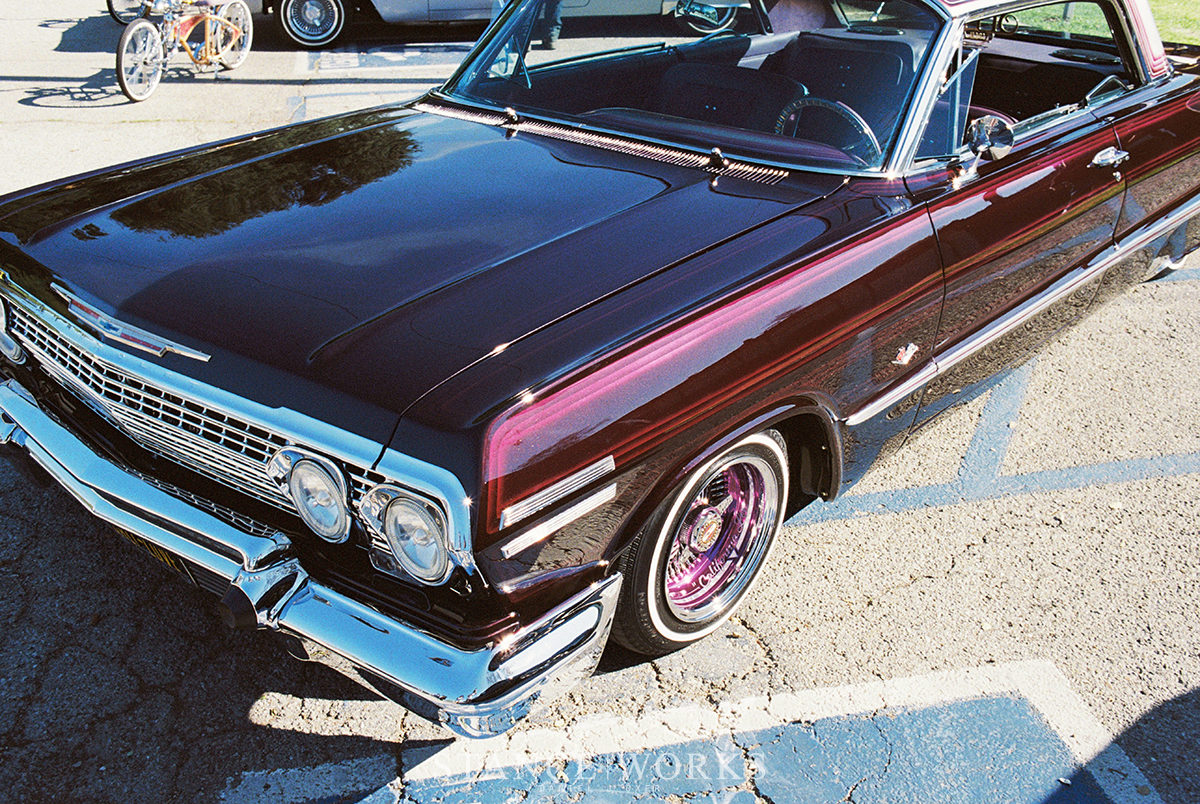 The first show we went to was a cruise night on Hollywood boulevard. It started off the east end near the 101. Lowriders were parked either side of the street and in parking lots on either side. Groups would head off and cruise up past the Chinese theatre and back, along the hall of fame. Tourists pulled out their phones and cameras, taking as many photos as they could having only ever seen such cars in movies like Training day, Friday and the like. Police were pretty quick to shut it down, we only had about 30 minutes to take it all in, but it sparked our desire for more. 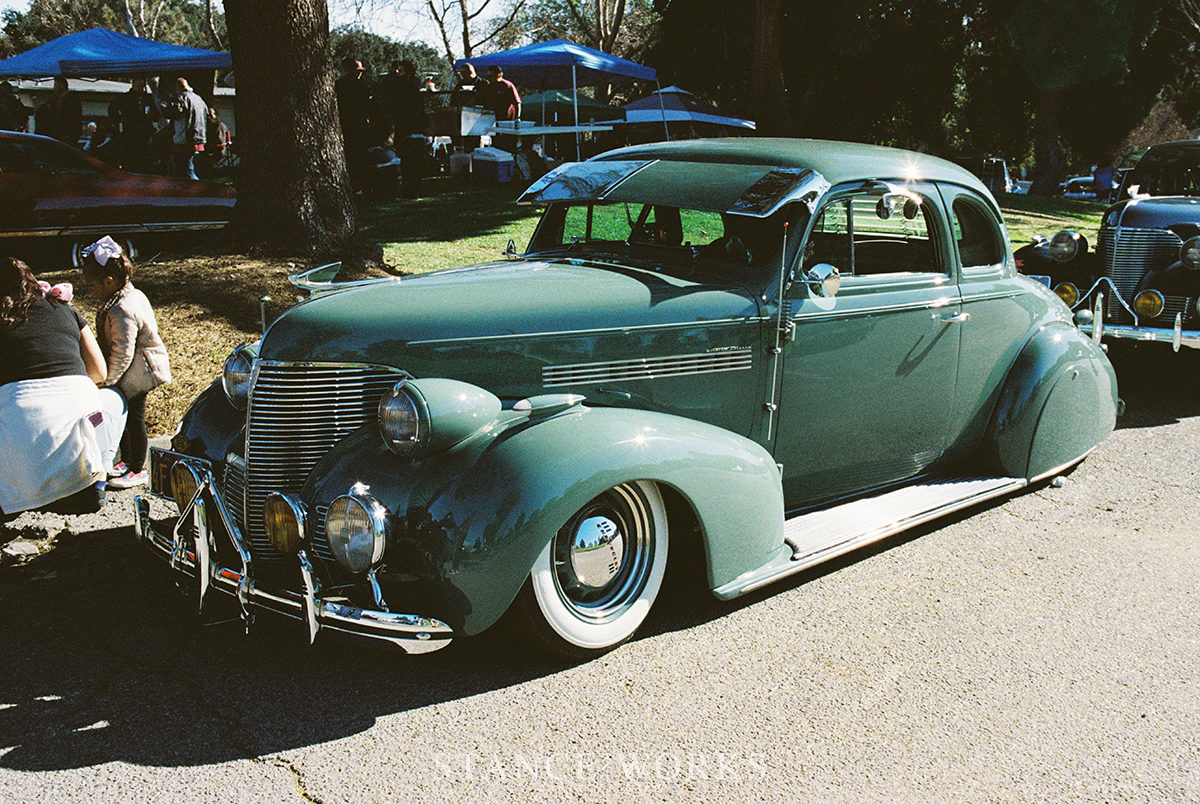 I had been staying with Richie and his partner Bee for a while, their hospitality was amazing, and Richie would keep asking me “where’s the next meet?”. The second meet Alex put us onto was a carpark show at the Bank of the West on North Long Beach Boulevard, in between Lynwood and Compton. It was an experience I’ll never forget. I was like a little kid walking through a candy store, the carpark was full of amazing show quality cars. Prime examples of their owner’s dedication to creating their own masterpieces that they proudly drove to and from the show in. There was no indifference, everybody was conversing, laughing and having a good time with their families and friends. 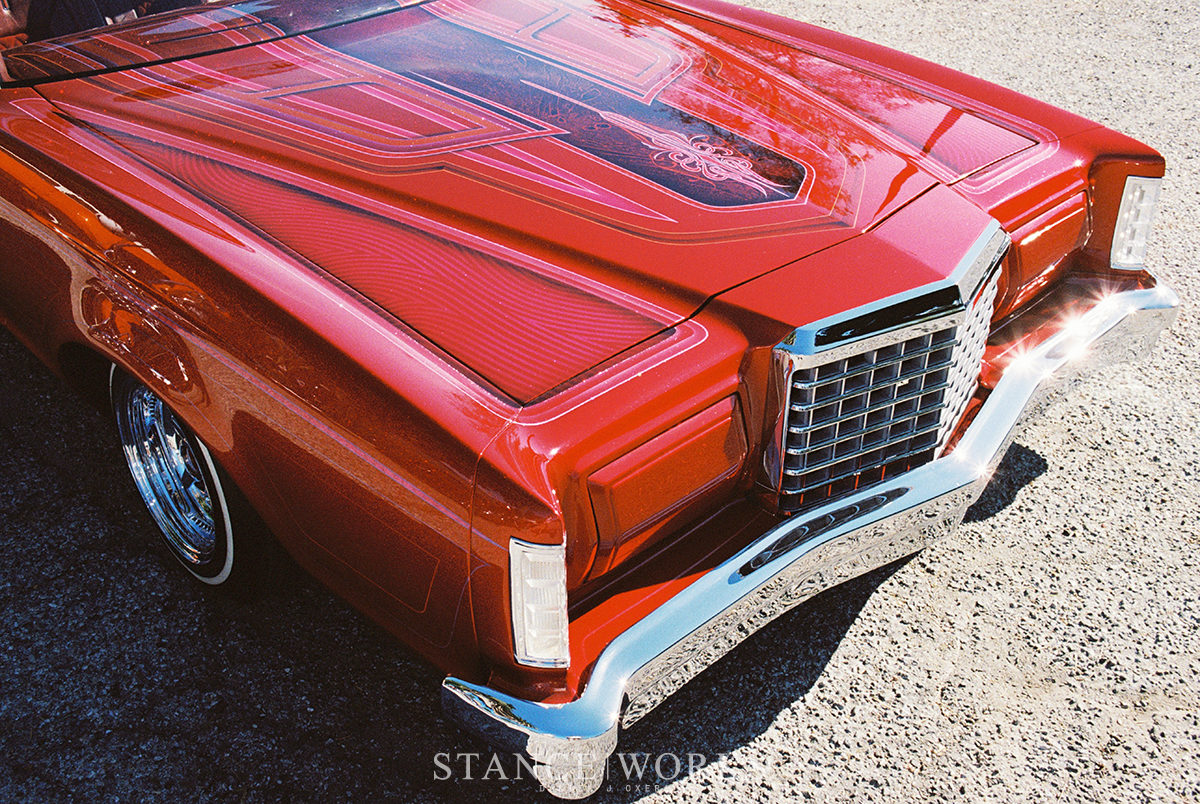 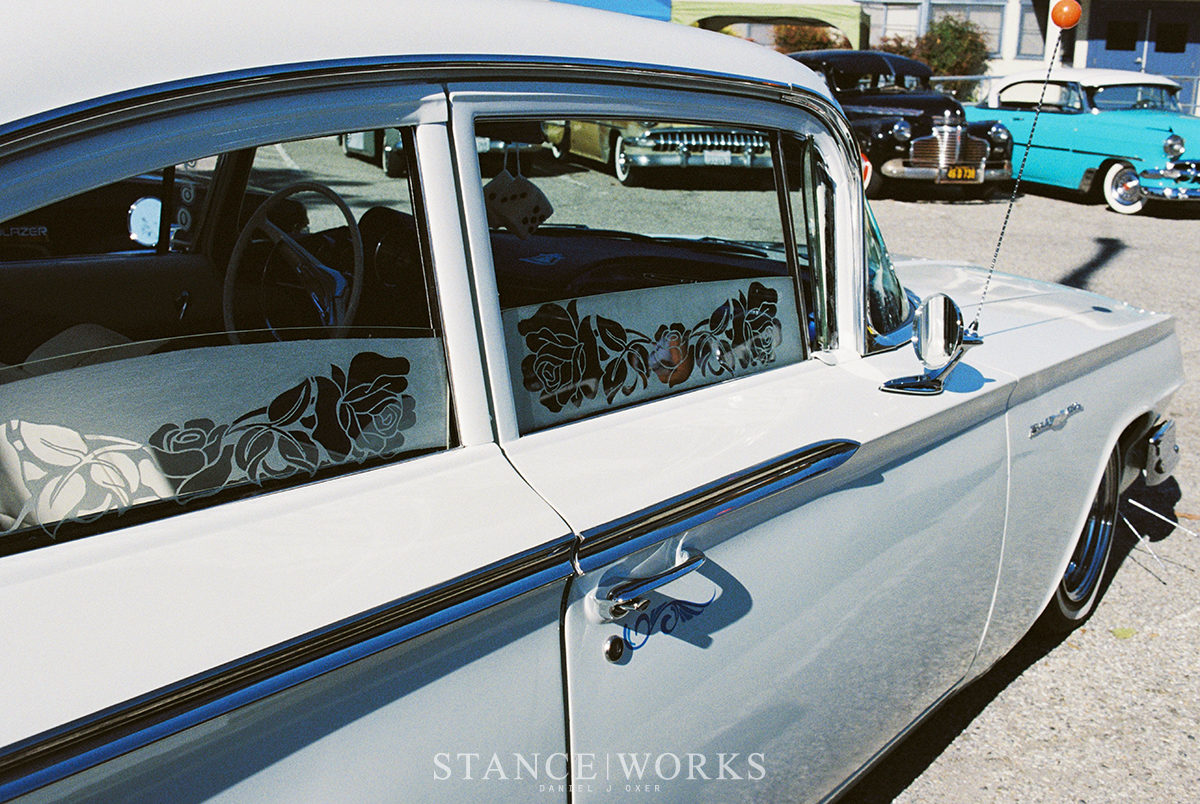 As we walked from the bank parking lot to the Toms Jr lot, the quality of cars had spilled over into there too. We walked out onto the boulevard to see either side of the road lined with cars, along with cars rolling up and down. This was my first real introduction to “clownin”. The smile could not be wiped off my face. People were having BBQ’s on the curb, laughing and yelling out to the cars rolling by. The police rolled through to have a look but didn’t bother anybody. Cars were bouncing left and right, with the occasional “gas-hop” here and there to entertain the bystanders. I’m pretty sure I had my phone out recording the whole time. I stood out like a sore thumb; a 6’2” Australian standing between parked cars with a stupid smile that wouldn't relent. Someone waved out to me from one of the cars rolling by and I later found out via text it was Alex. “I saw you a mile away,” he said, and yet I still didn’t get the opportunity to thank him in person. 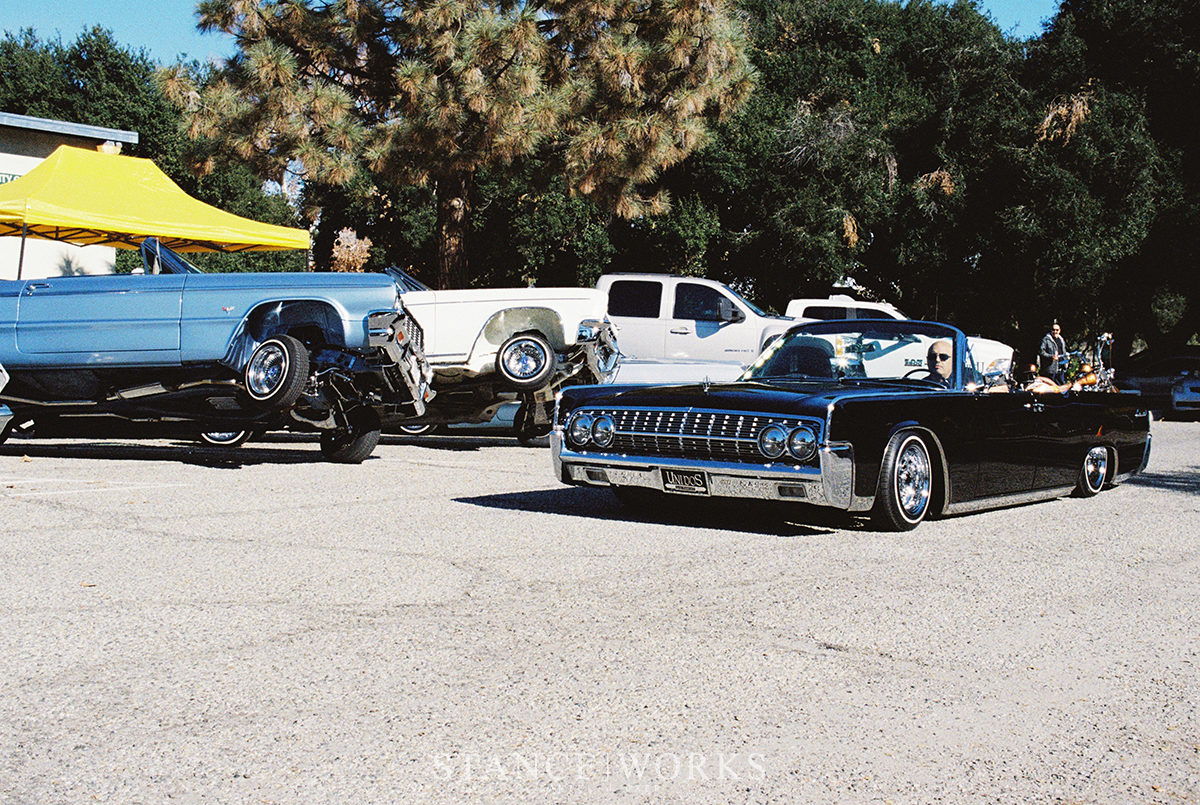 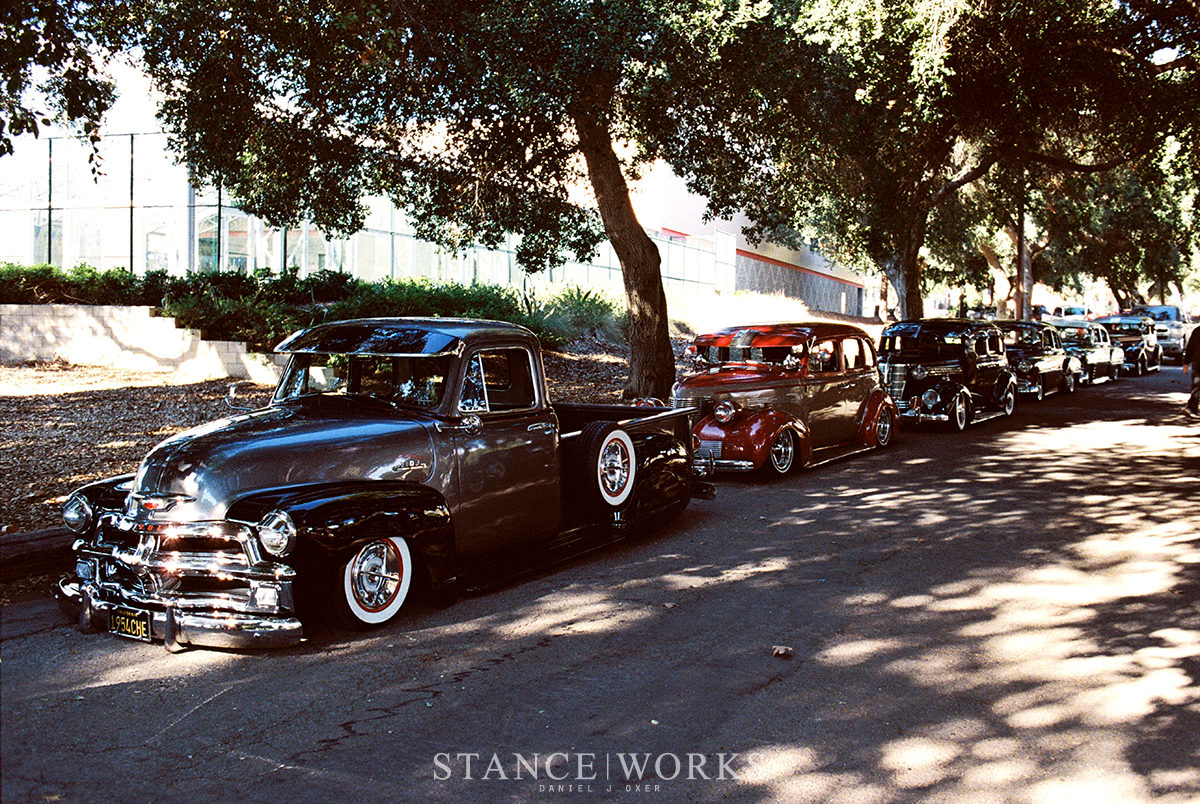 On my second last day I received a phone call from Cory, His boss Greg from Frank Monise motors had told him to call me because he had a surprise for us. After a drive out to Pomona, we arrived at Calblast, the workplace of Albert De Alba Sr. and Albert Jr. If you are a fan of the culture you would have heard about the family’s legacy and deep roots in the scene going through generations. After some time talking to them and admiring the countless trophies in the office, they invited us back to their house. It was an absolute honour to be able to spend time just talking about their history and being able to see El Rey and The Legacy in their driveway. Learning about where Albert Sr. started with his corolla and how things have evolved. I am forever grateful for their time and hospitality. 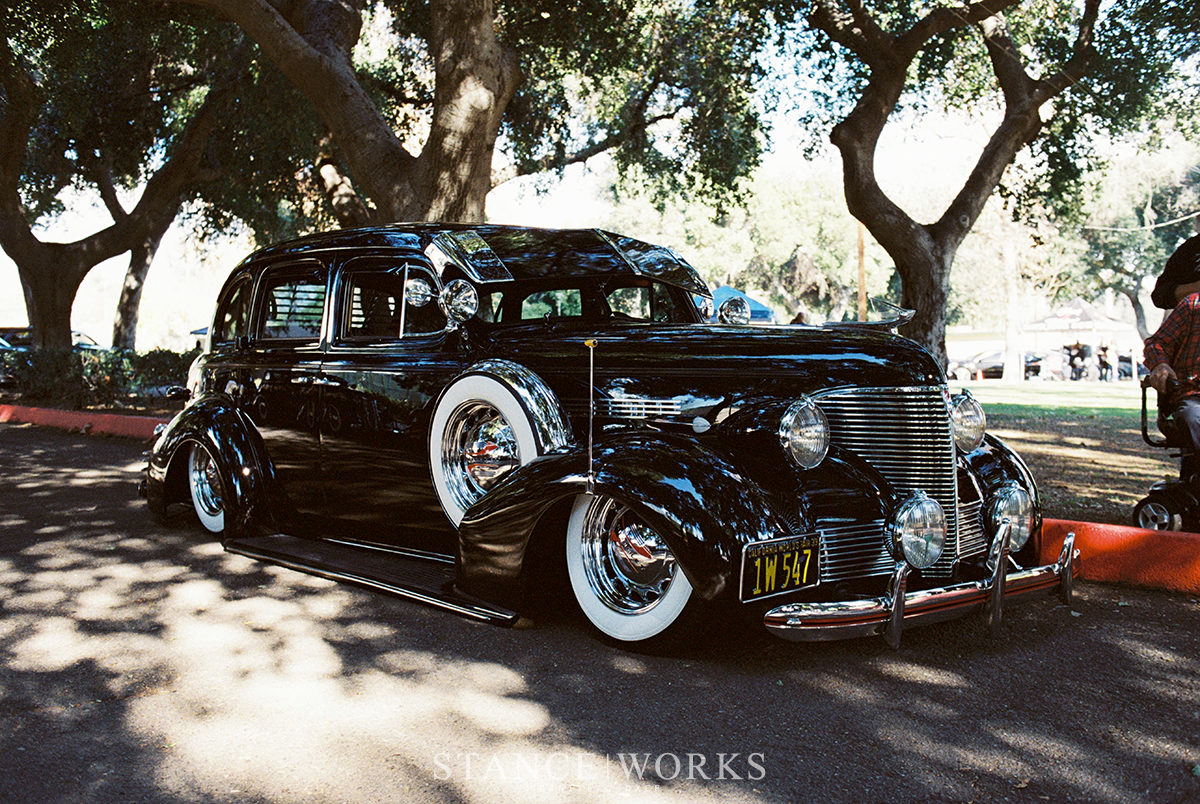 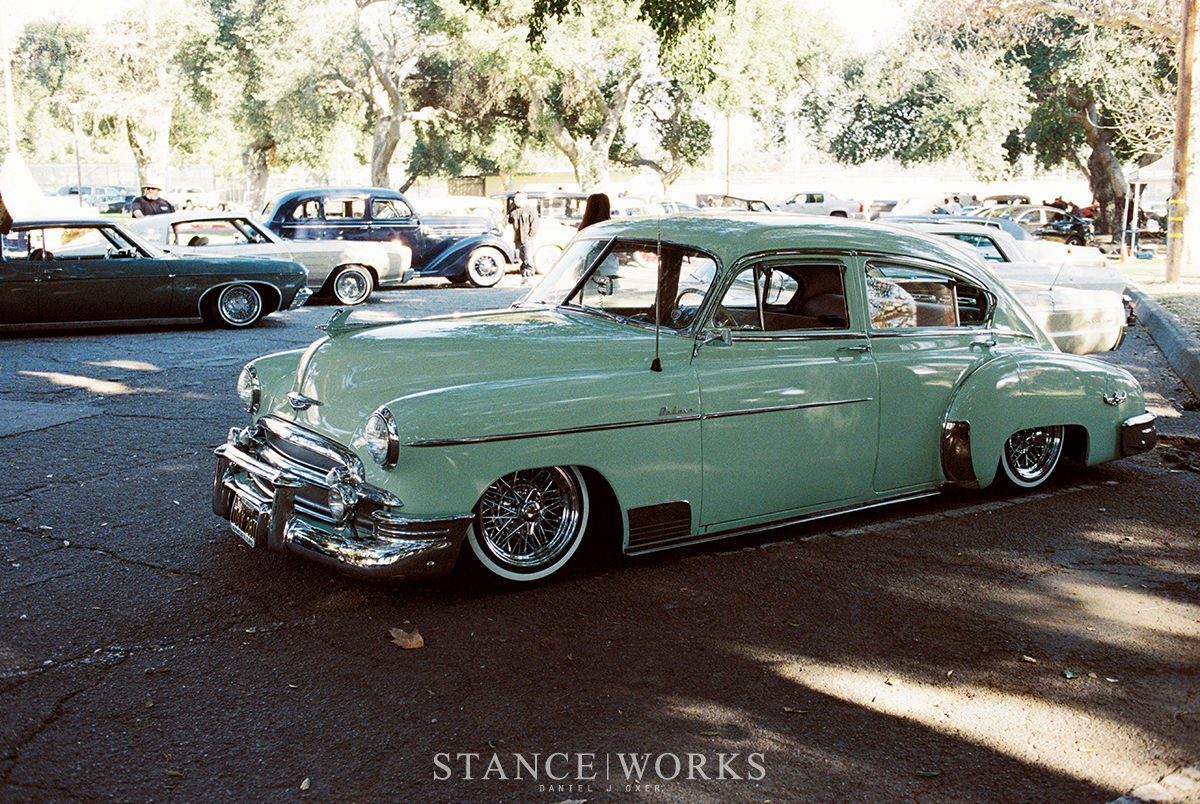 On our honeymoon I wanted to introduce my wife to some form of lowriding. She loves the amount of detail that goes into building these masterpieces and I knew that new years day usually means lowriders congregate to celebrate. I hit up Albert Jr. to see if they were had any plans for the day. He told me they would most likely head to the Upland Memorial park and that it is usually a good day out. We arrived early and were instantly impressed by the turnout. Car clubs and families were BBQing and having a great time which made the atmosphere welcoming. As with most "scenes," there is a underlying feeling of rivalry or competitiveness, but people from one club conversing with people from another dismiss any negative connotations. Everyone is there sharing the same interests and passion. Camaraderie keeps the community alive. 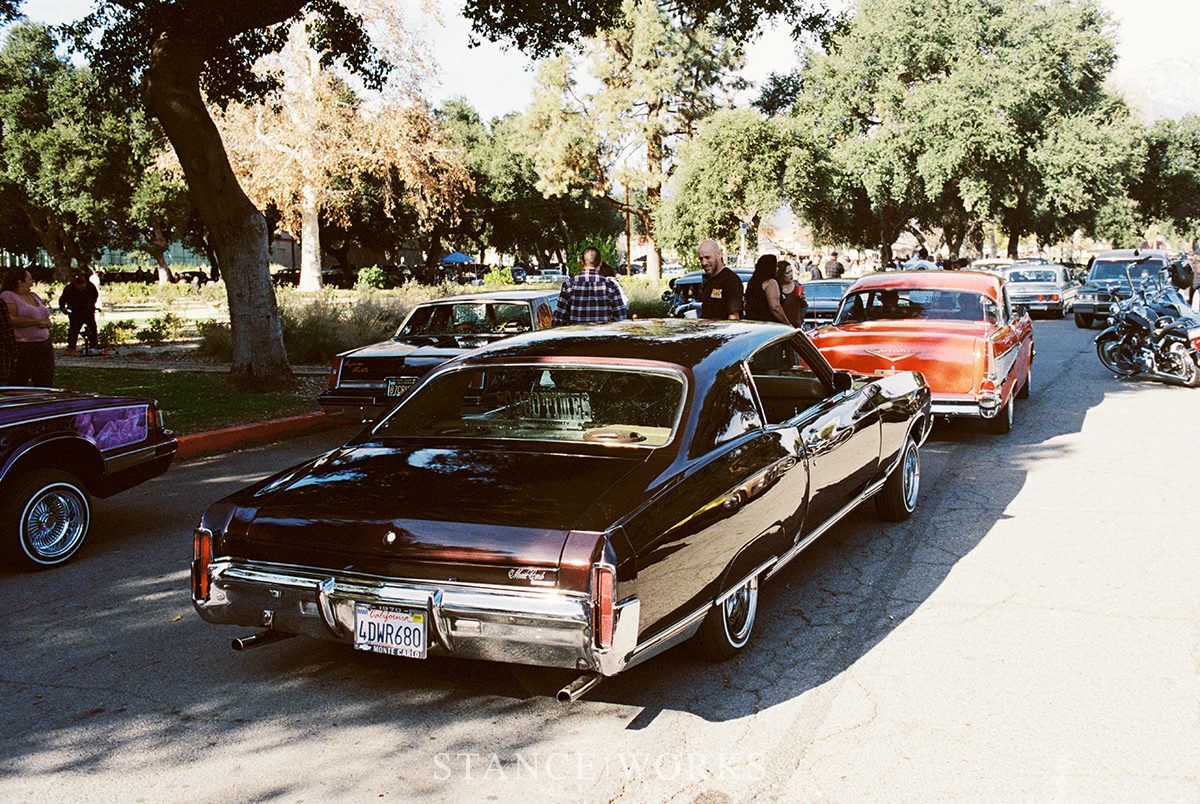 It has been a while since spending time behind the lens, and only recently we purchased a 35mm Canon to play with. It was the perfect opportunity to capture our New Years Day. We had no idea what 2020 would bring, but in that moment in time, life was great. In the last few years, Lowriding in Australia has really taken off with lots of groups popping up and holding meets which is awesome to see, but there is something different about experiencing the culture where it was born. In these uncertain times, one thing is for sure; cultures forged over long periods of time will live on through the most difficult times. 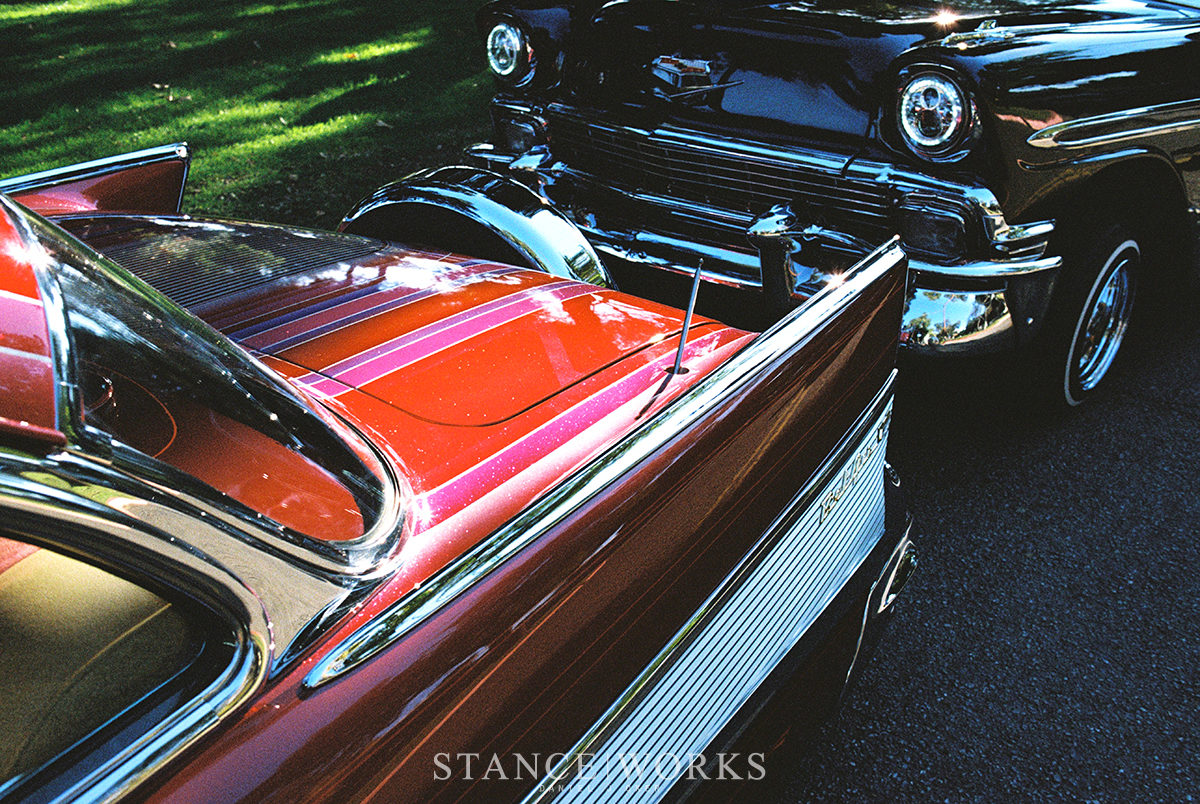 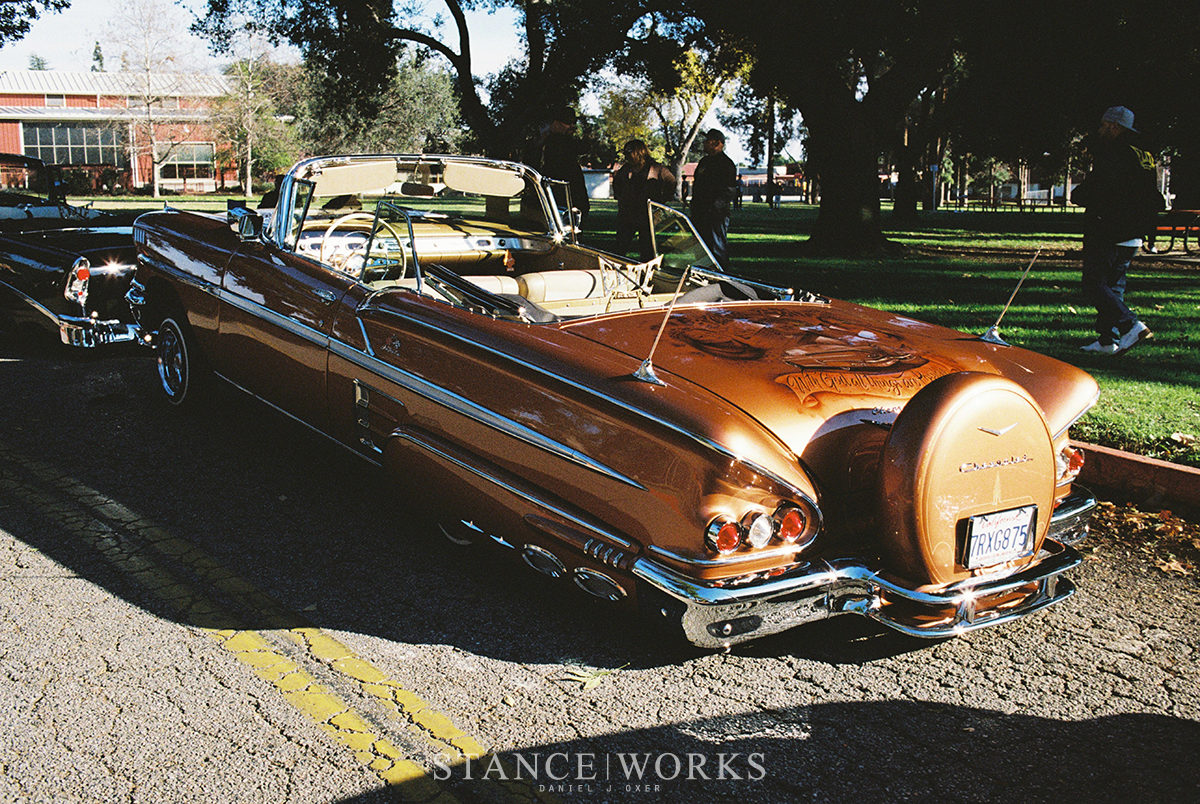