It's an invitation-only event that happened for the second time and again was organized by us, the three five members of the ACES Car Club's little swiss chapter. Due to popular demand and with the vision of having an event with a traditional feel, we set up a few rules, allowing only 1949 and older cars, read traditionally built hot rods and kustoms. In spite of the exclusivity, we had people from Italy, Germany, France, and Switzerland (obviously), and more than 60 cars.

A special thank you goes out to JJ / Sugar City Speed Shop for the killer artwork!

And now, please check out the gallery! 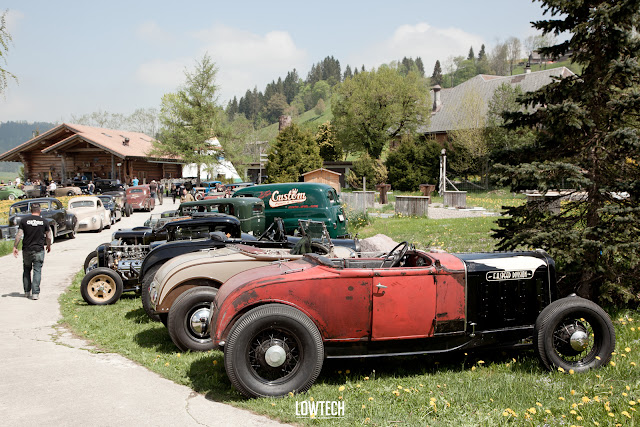