For as long as he can think, Jean-Daniel »Momo« Mottier has had a soft spot for American mid-century culture. To be more exact, his favorite period of time goes from the late 1950s to the early 1960s: »I love the music as well as the daily items from that era. But what impresses me most are the cars, especially the Bellflower style kustoms.« 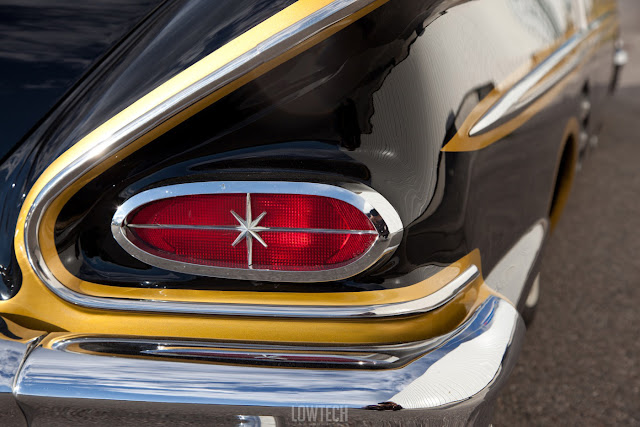 To Momo – and most likely to many others as well – this crossover between early low rider and traditional kustom is very stylish and understated, but at the same time creative and exciting. So, it doesn’t come as a surprise either, that there’s one person he considers the undisputed master of Bellflower style: the unforgettable and legendary Larry Watson. 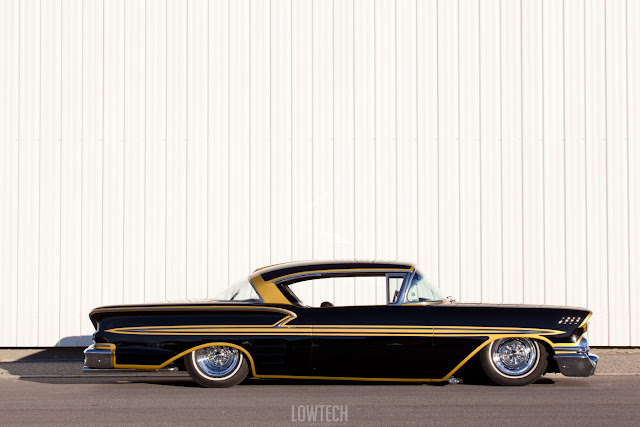 Maybe a bit more surprising comes the fact that Momo lives in Switzerland, and already at the age of 17, he had started his customizing career turning a 1961 Impala into a mild kustom. Having no garage at the time, he had to do everything in an underground parking lot, with cheap tools and almost no space. Later on, he was able to build his first custom car from the ground up, a 1965 Impala. 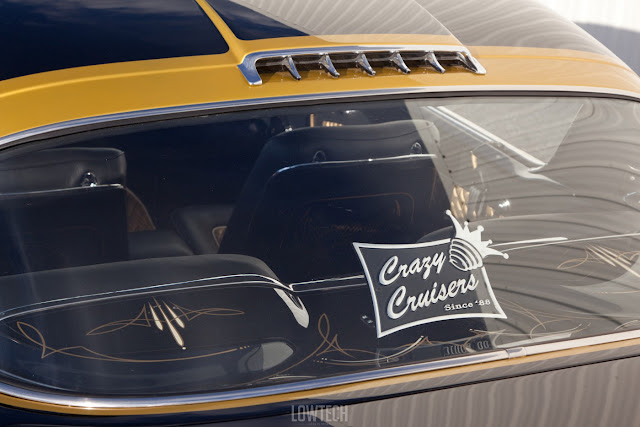 But before kustomizing it, Momo decided to do a road trip with it – an epic road trip. He shipped the Impala to the United States, and drove it cross-country from west coast to east coast! After returning to Geneva, Switzerland, the car slowly started turning into a full-on Bellflower style kustom: air ride suspension, Astro Supremes, white walls, and a glossy black paint job with candy red scallops. It was named El Diablo and became very famous all over Europe. No wonder, it was the pride and joy of Momo for more than 23 years. 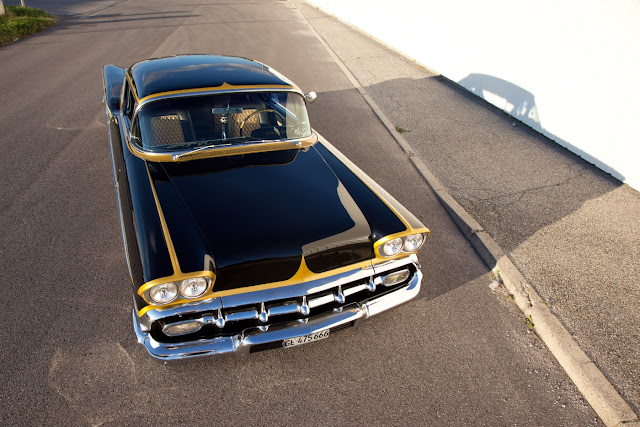 Until a very dark winter day in February 2012: The club house of Momo’s club, The Crazy Cruisers of Geneva, caught fire and burnt to the ground. Several cars were completely destroyed, with Momo’s beloved 1965 Impala among others. The club received a lot of support from car clubs all over Europe, and over the following months, Momo started looking for a new shop and club garage. But it took a lot of time until his motivation was slowly beginning to come back. 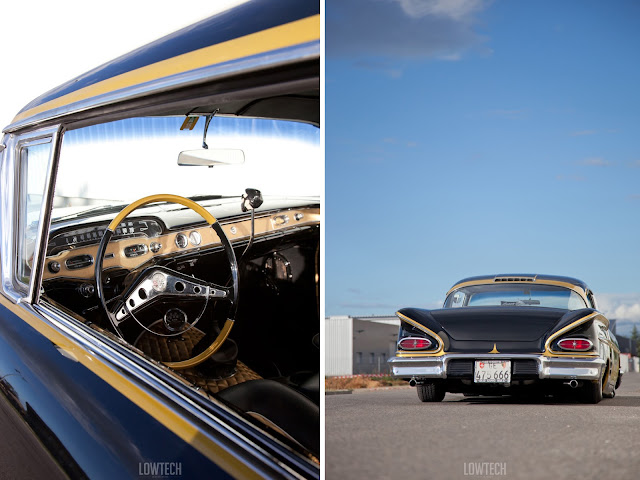 A small ray of hope, the insurance company paid for some of the damage, so with the help of this money, Momo was able to start a new project. »Ever since my early youth, a 1958 Impala Coupe has been my dream car.« But as this model is very difficult to come by in Switzerland, Momo was never able to turn this dream into reality. With his spirits fueled by the promise of a new kustom project, Momo started searching all over Europe and finally found a 1958 Impala in Germany. It was in severe need of a restoration, but hey, it was a start! When it came to choosing the future look of the 1958 Impala, Momo didn’t hesitate a second. The green 1958 Impala that Larry Watson had built for Jim Doss has always been a huge inspiration. And since Momo had met Larry Watson in person in 2002 – at Bill Hines’ 80th birthday party nonetheless – he knew for sure what he wanted to do: create a Larry Watson tribute. But in spite of copying or cloning an older Watson kustom, Momo decided to do it his way. 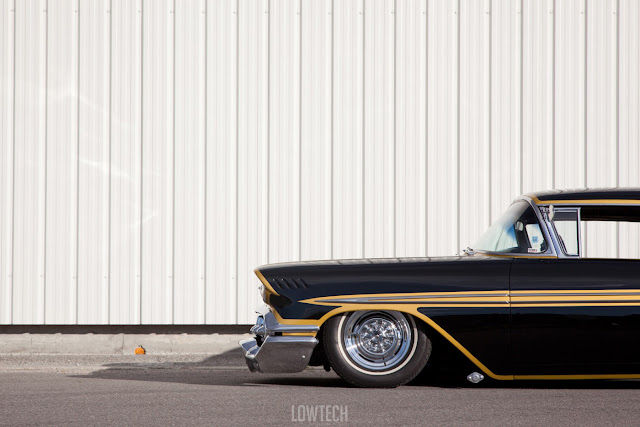 He started with disassembling the 1958 Impala and removed the body from the frame. Besides restoring and repainting the frame, Momo put in an air ride suspension and upgraded the front end with dropped spindles and disc brakes. The engine was replaced with a 383ci Chevrolet small block, very well-known to Momo. He had built it years ago for his brother who used it in his 1962 Impala SS, another car that got destroyed by the fire in the Crazy Cruisers’ club house. 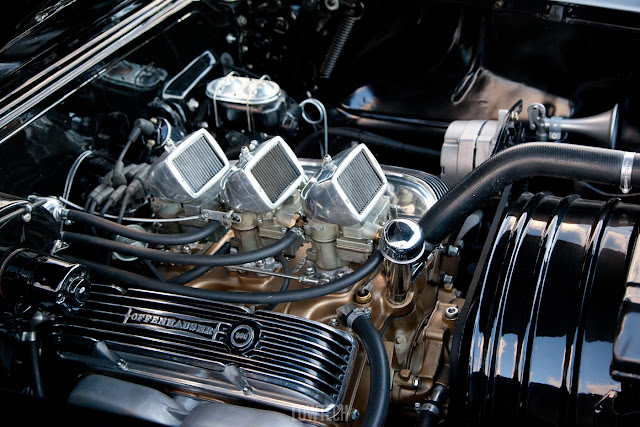 Luckily the engine was saved and now sports a rare Offenhauser manifold with three big Rochester carburetors, the exact same ones used on the Tri-Power-equipped Pontiac GTOs. Coupled to the motor is a TH700 R4 transmission from Gear Star Inc. with a 2400 RPM converter, while the rear end is a 3.73:1 Positraction. 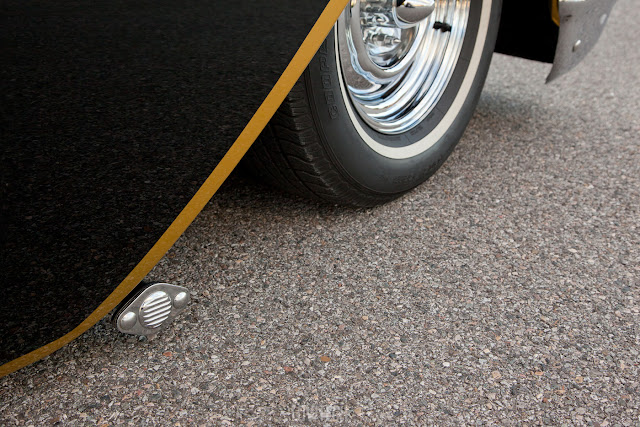 Pretty impressive machinery for a boulevard cruiser, right? »I used to say that all my kustoms have a hot rod heart«, Momo explains with a big grin. 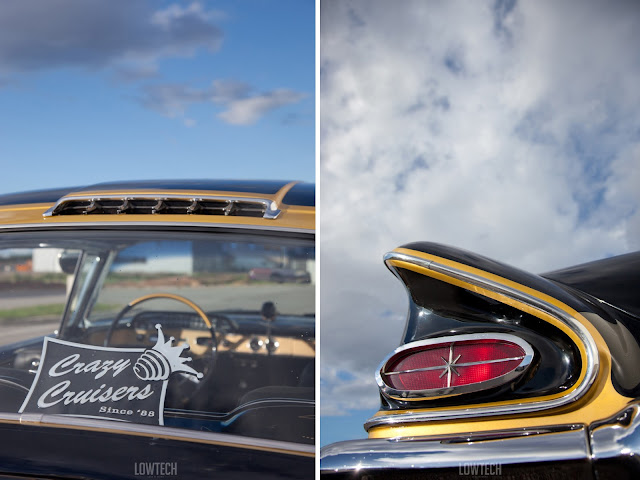 Still, a Bellflower cruiser is first and foremost about looks and style. It’s a philosophy of mild customizing with only minor body mods and a focus on paint, stance, and details. And the details are everywhere on Momo’s Impala. Some of our favorite parts are the super stylish atomic age 1959 Lincoln taillights that Momo found on eBay and managed to modify to match the original shape of the Impala’s rear section. The front of the car also got a new look, thanks to a shortened 1954 Chevy grille, garnished with grille teeth from a 1953 Chevy. The headlights are Lucas units from a 1960s Jaguar. 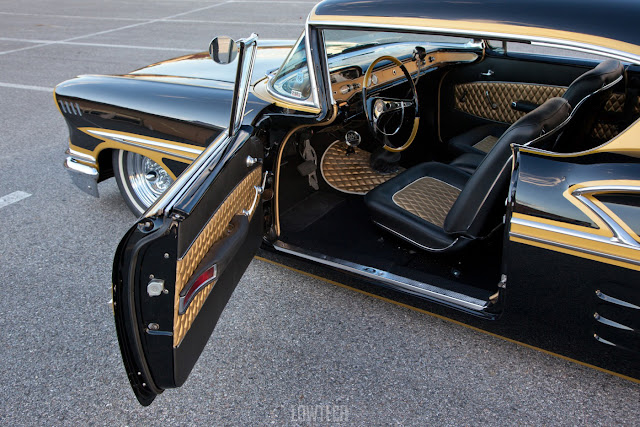 When it came to the wheels, Momo didn't want to decide on one set. So, depending on the intended purpose, he can change between gold painted steel wheels with classic bias-ply whitewalls and Olds Fiesta spinner hubcaps, perfect for those long boulevard nights, or, if he decides to go a little faster, a set of Chrome Reverse wheels on skinny white radials. 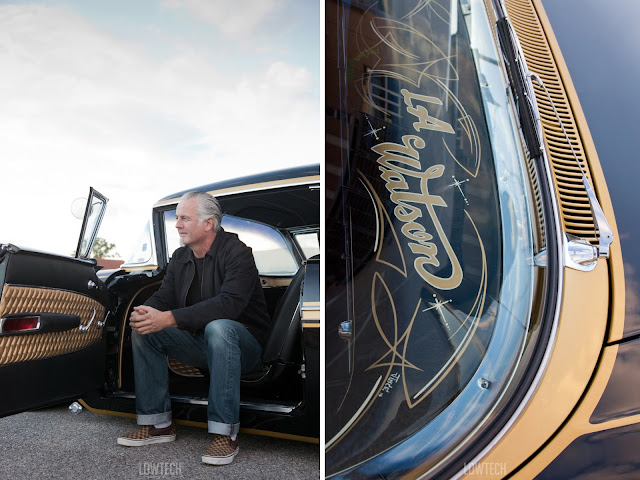 The finishing touch on the outside is the flawless paint job in gloss black, with Watsonesque outlines in metallic gold. A white cream striping will be added soon in order to further pronounce the separation between black and gold. 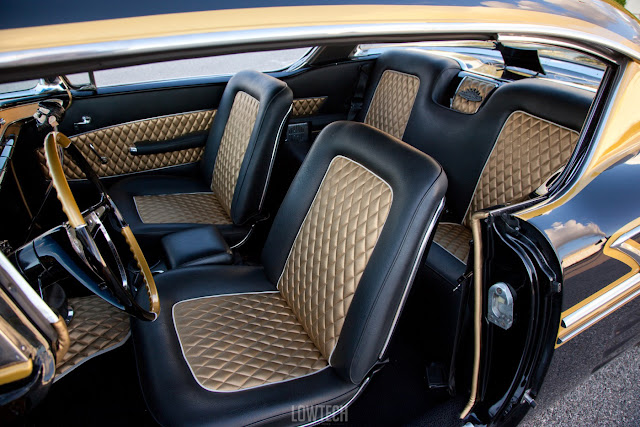 And this is only the dramatic intro until the real show begins: the interior! It’s a true work of art, done by Da Grisel from Style Inside Inc. Everything is covered in black and gold, with an endless amount of diamond stitching, outlined with cream piping. 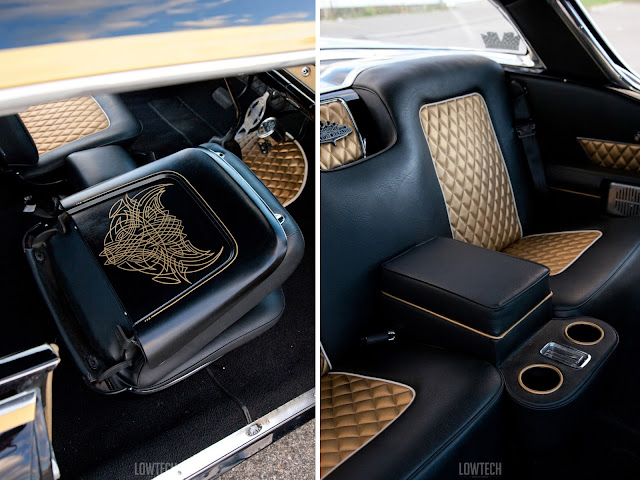 The swiveling front seats are from a 1966 Oldsmobile and the rear ones are stock, while the two speakers in the rear side panels came from nothing less than an old Drive-in Theater! 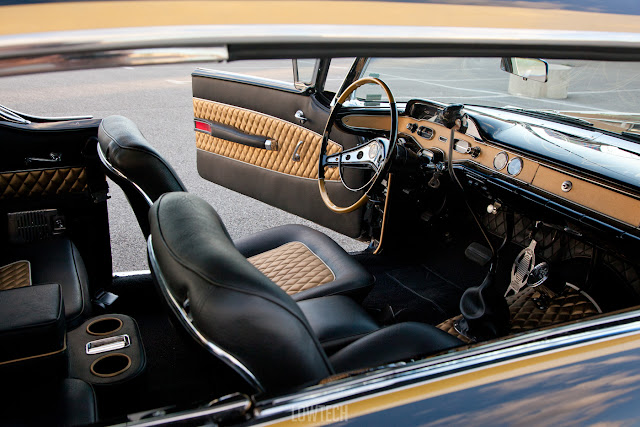 The dashboard has been cleaned and smoothed in order to receive an eclectic mix of pinstriping and lettering by Vince’s Pinstripes, same for the seatbacks. Another funky detail is the shifter knob that has been made by a Swiss artist named Thrashboy, designed after a sticker from Larry Watson. 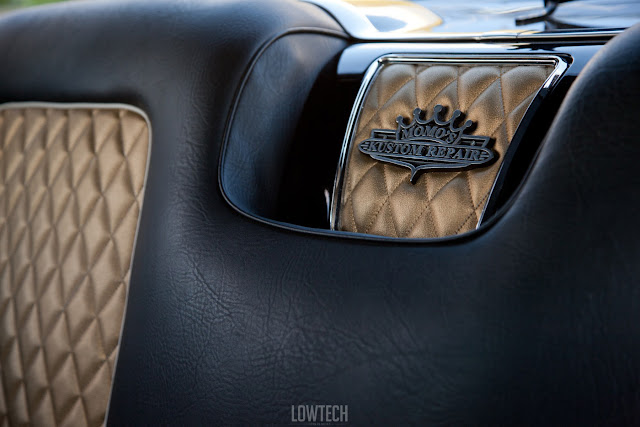 Now everyone would think that with all this attention to detail and flawless execution, Momo is a happy camper? »Oh no«, he says, »this car is still far from being finished! It still needs a lot of work until I’m happy.« So, there’s nothing left to do for us but to sit and wait and see how Momo is going to make his dream kustom even more perfect. But whatever his plans are, we’re sure Larry Watson is watching from above with a huge smile.