by Marc Wöltinger Wednesday 9 August, 2017 Published in lowtechblog.blogspot.com
No matter whether you're a metalhead, an avid comic book reader, or a hot rodder: There are those holy grails in the hobby that not only add spice to your dreams but also can really fuel your ambitions. The 1932 Ford 3-window-coupe is one of them. 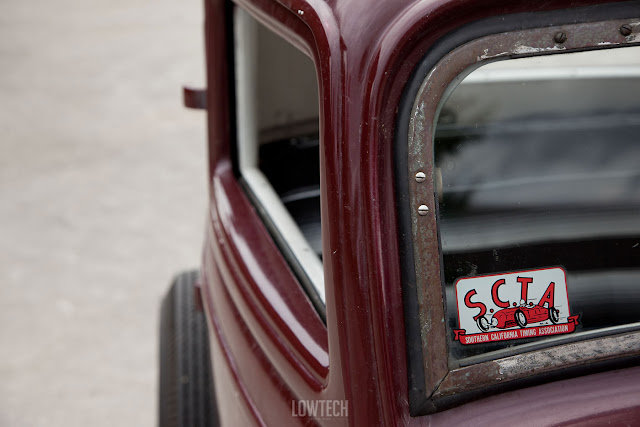 Fred, a member of the Cheaters Car Club of Geneva had been on the lookout for a new hot rod project for years, and of course, being in a club like that, there's plenty of inspiration around. So it doesn't come as a surprise that Fred's been working on all kinds of Ford products, ranging from Model A sedans to traditional roadsters to wild 1960s inspired model Ts. But unlike many of us, he didn't work on those projects one after another, Fred chose to tackle all of them at the same time. Well, this didn't turn out well. And a few months ago, Fred decided to sell everything, with the exception of one roadster project. 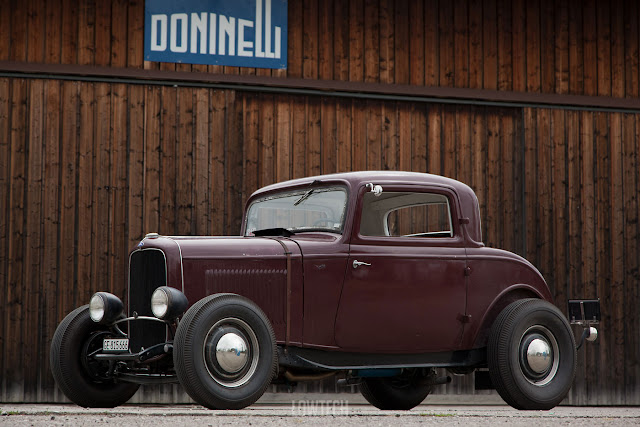 Now Fred not only had regained some peace of mind, but also some space and some bucks. And all of a sudden, he came across an ad on the Swiss equivalent of Craigslist. Some collector, only a short drive from the Cheaters club house, was selling a beautiful and bone stock 1932 5-window-coupe. 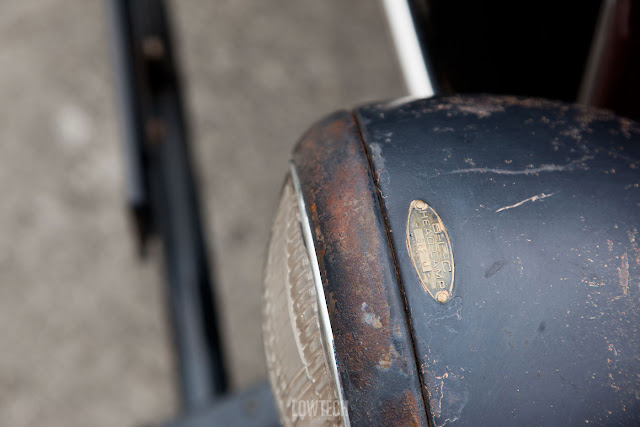 Fred went to check it out and made an offer, but as they couldn't agree on a price, Fred went back home. 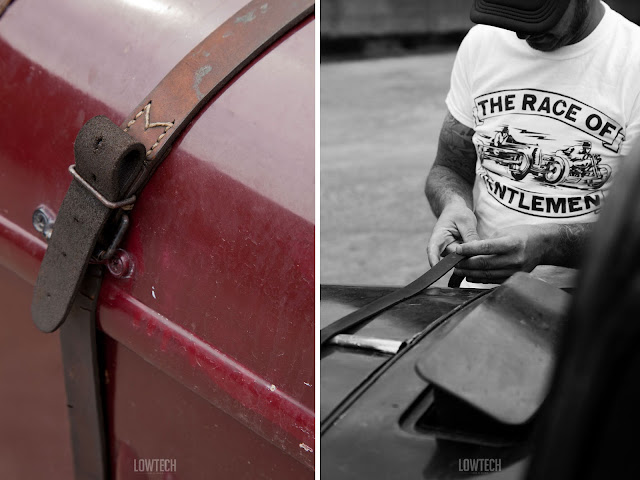 Fred was in good spirits when his phone was ringing. It wasn't the seller of the deuce coupe though, but one of his fellow club members. He was telling Fred about a 1932 3-window-coupe being for sale in Paris, France. And well, I don't have to roll out this story any further in order to explain to you the decision Fred came up with. 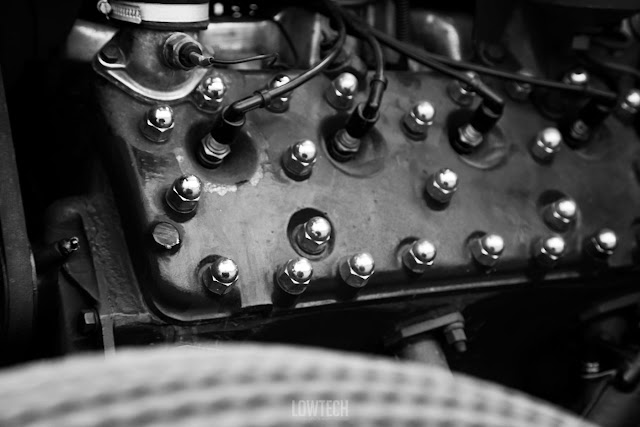 There's isn't too much known in the history of this 1932 Ford. It originally was imported from the US by a member of the A-Bombers from Sweden before it was sold to a good friend of Fred, a member of the Loud Mufflers club in Paris. And now it's in the possession of a Cheaters Geneva member. 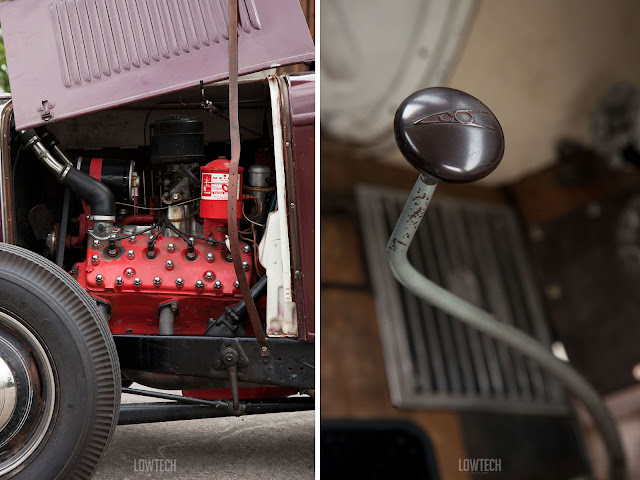 One of the previous owners already had put in a French flathead but since the car had been sitting for a while, Fred decided to go through the mechanics, especially the brakes. He and his girlfriend Hélène had been planning a two-week road trip through Switzerland and since there might be one or another steep climb and some downhill sections on their way, good brakes are a good idea. 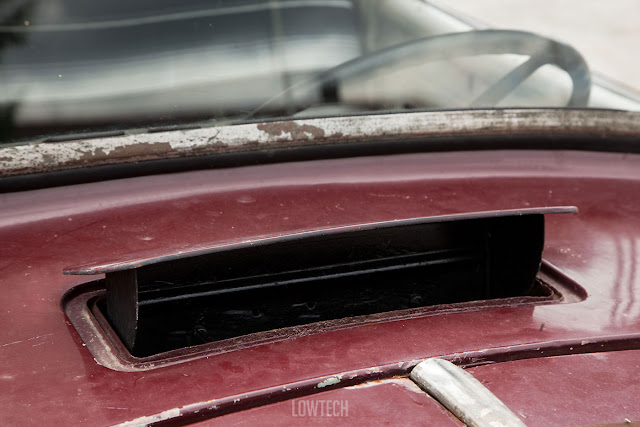 It was on that very Swiss cross-country road trip when Fred and Hélène stopped at my place for a weekend's stay. Many beers and laughs later, on the Sunday morning right before they wanted to hit the road again for the next stretch of their trip, I came up with the glorious idea of doing a photo shoot with the 3-window-coupe. It probably had struck me during the night that there's was a beautiful 1932 Ford sitting in my driveway for two days... 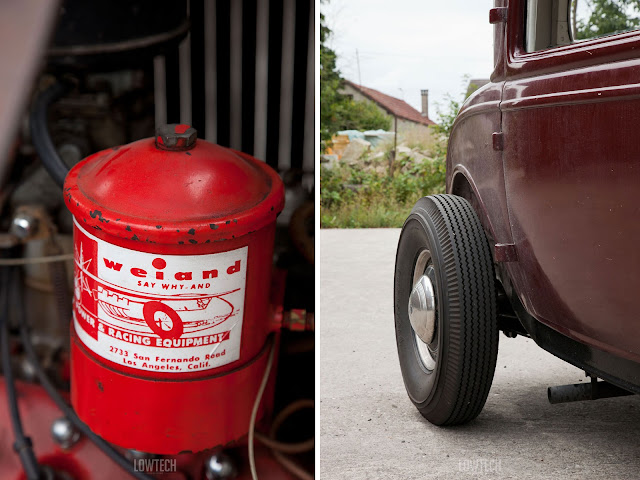 So, just when Fred and Hélène were putting their bags into the trunk, I asked them, hey guys, watcha think, want to do a photo shoot? I mean, right now? As they are some of the nicest and loveable people I know, they didn't turn down my brilliant idea. Of course, I promised them to be done in 15 minutes. And I was done in 15 minutes. Not much time but enough to capture some of the soul of this gorgeous little machine. 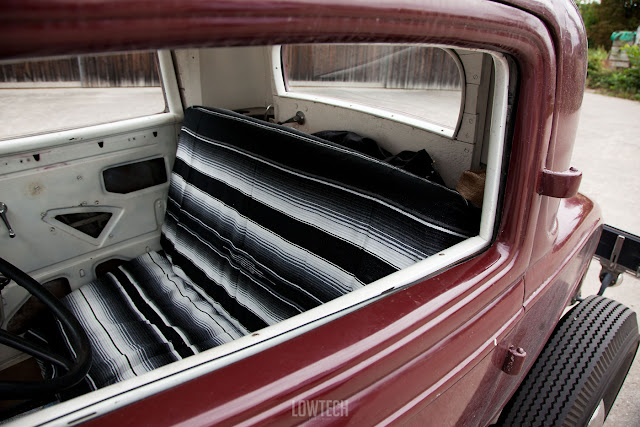 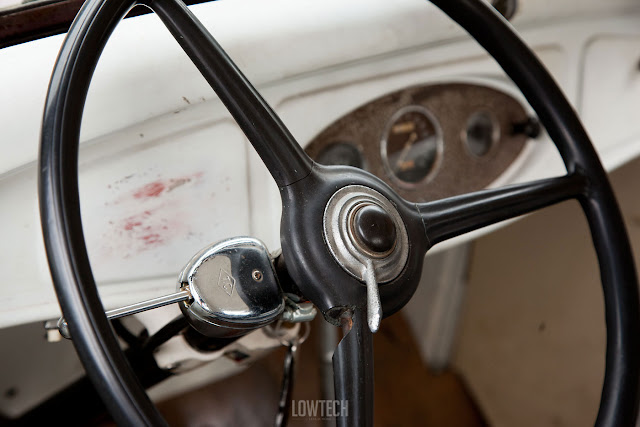 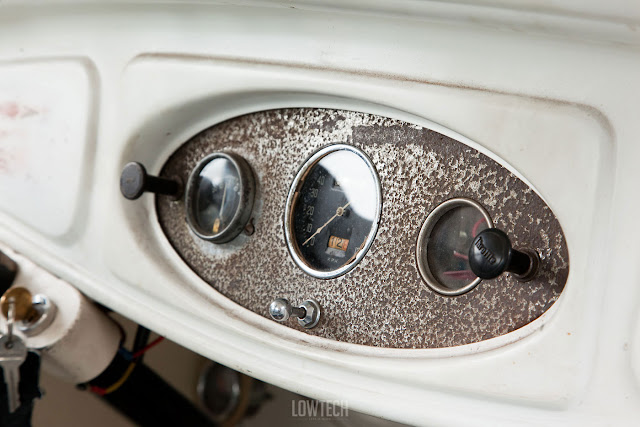 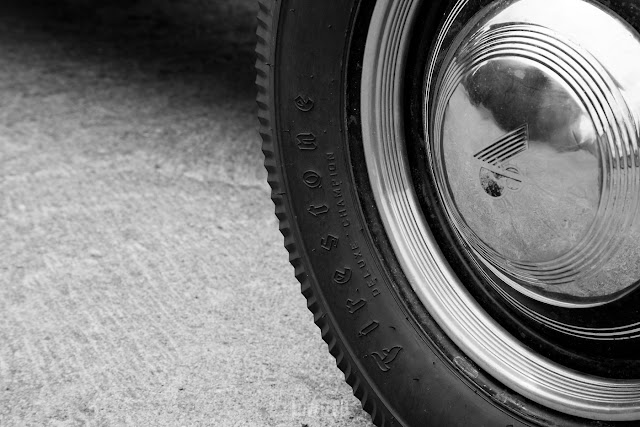 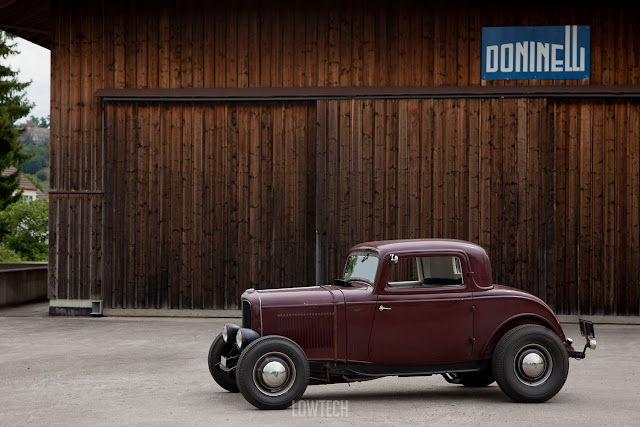 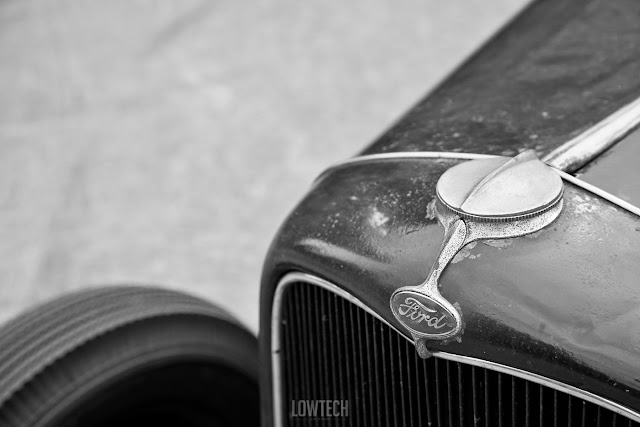 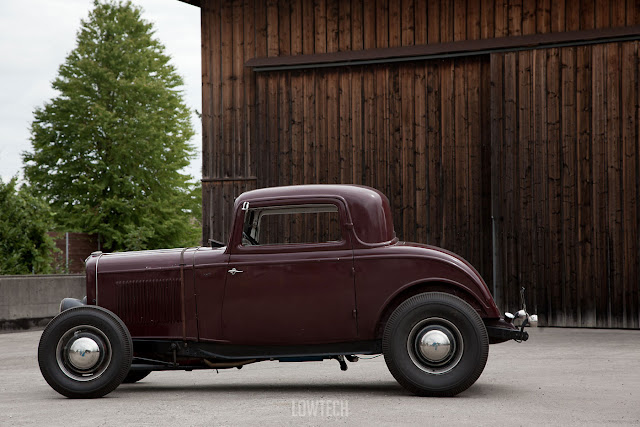 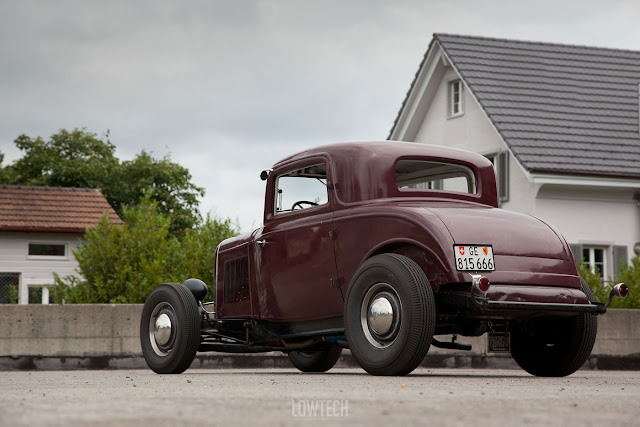 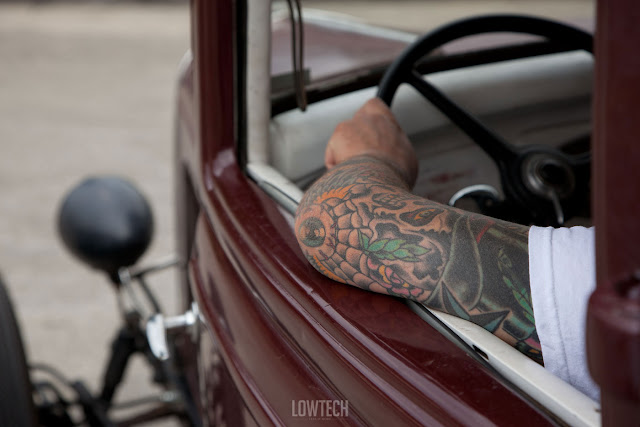