If you were to picture Hollywood's version of a watchmaker, you're likely to imagine a man with skilled hands, tiny tools, and a monocle. I'd also guess that if you were to picture his car, a vintage Mercedes Benz fits into the picture as well; it only seems fitting for the character. What you wouldn't imagine, though, is that he'd be just 21 years old. Bernard Braboretz, on the other hand, is, and as a watchmaker hailing from Stavelot, Belgium, he's proud to share the car that makes him tick. 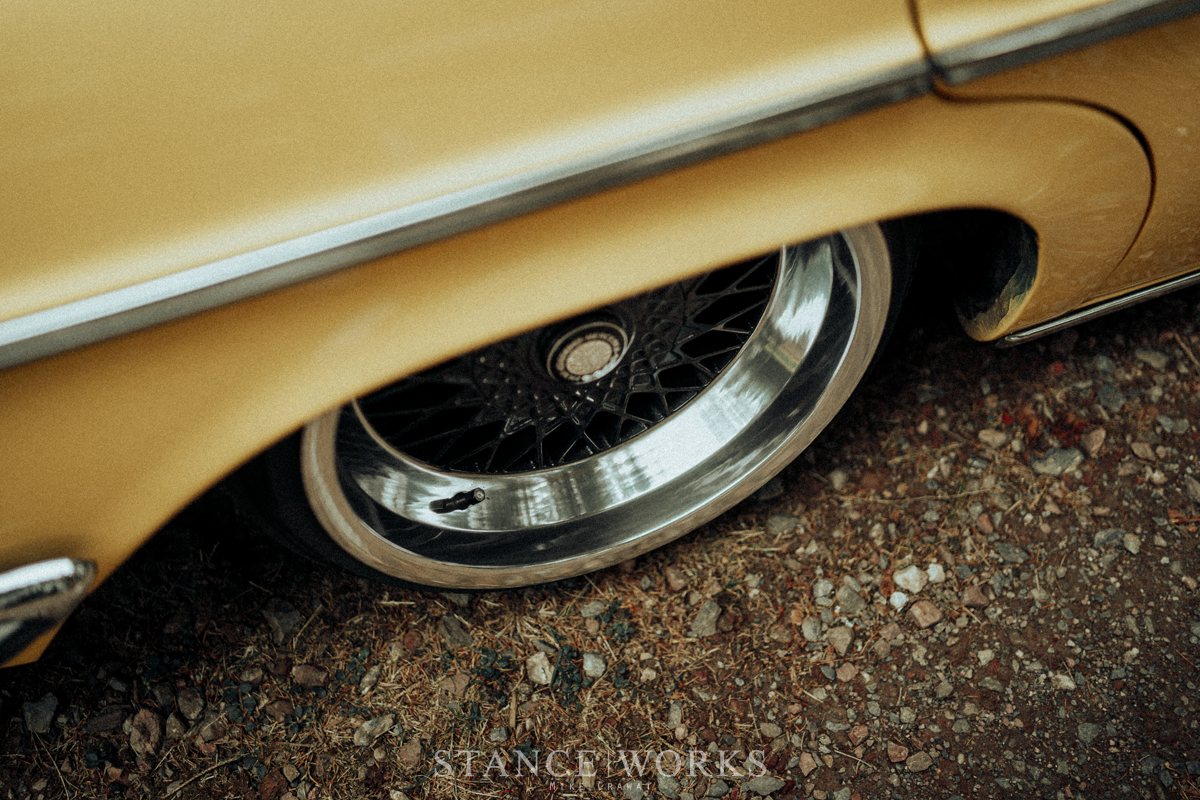 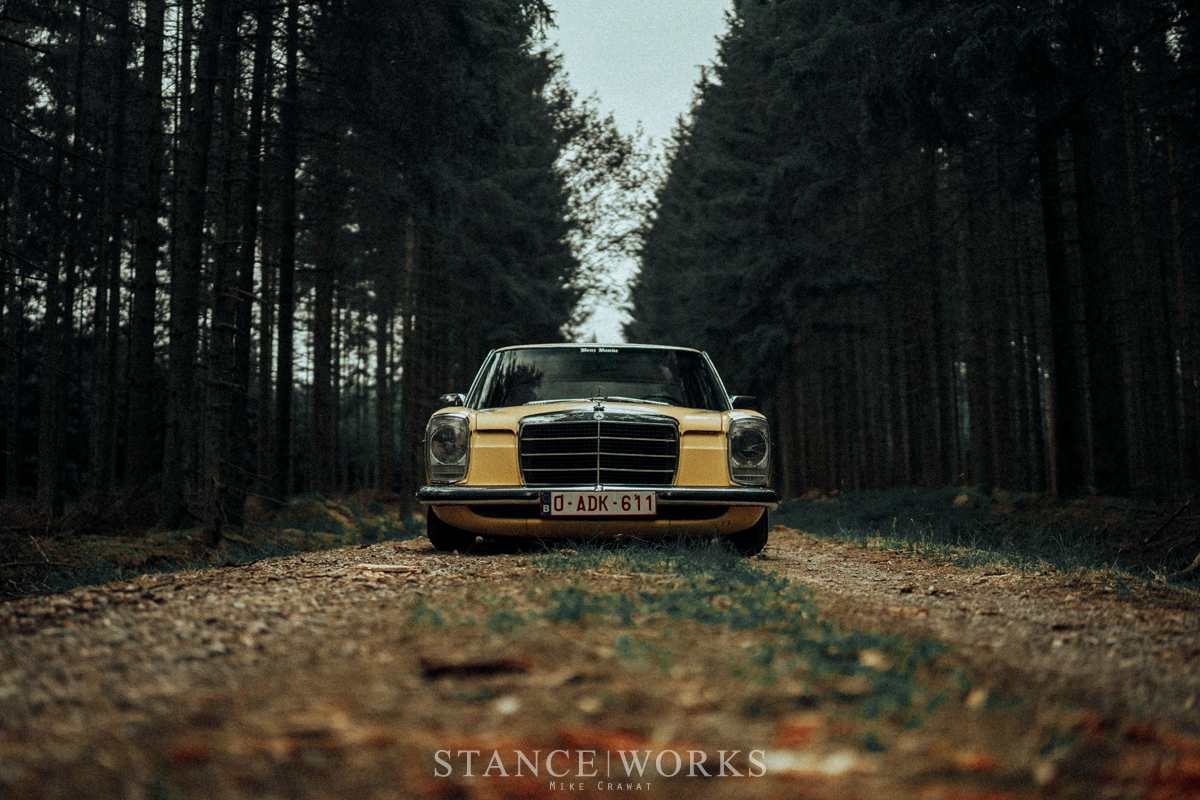 Bernard's W114 Mercedes Benz isn't a wild one. In fact, the wildest part about it is perhaps its unorthodox factory configuration of parts. As a second-generation W114, Bernard remakrs that Benz enthusiasts often find themselves perplex by the car's mixed-and-matched bits and pieces: a small front bumper paired with a large rear, euro headlamps combined with US rears, and a sunroof paired with the unique yellow color... it's a car that doesn't meet expectations to the detail oriented... such as a watchmaker, for example. Although such a vehicle wasn't clearly available in Mercedes's factory options, Bernard is confident the car came this way from the factory, having been largely untouched until the day he brought it home, three years ago. 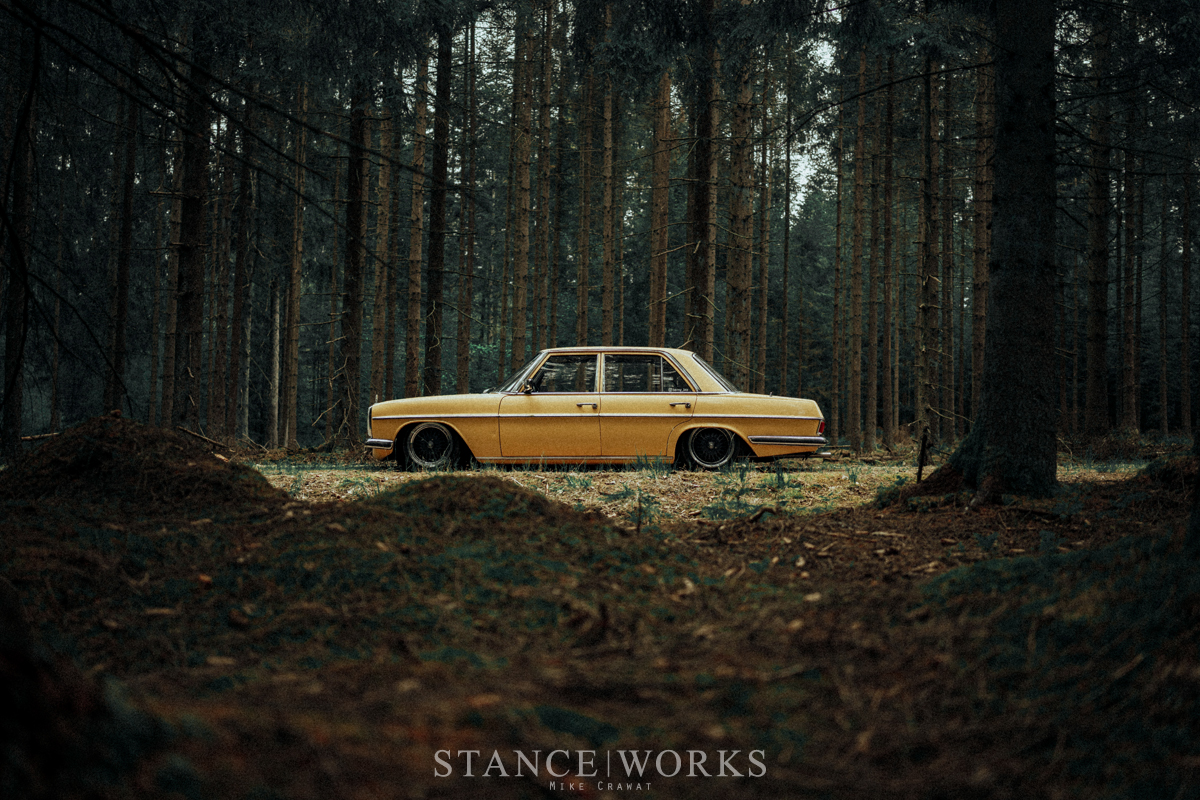 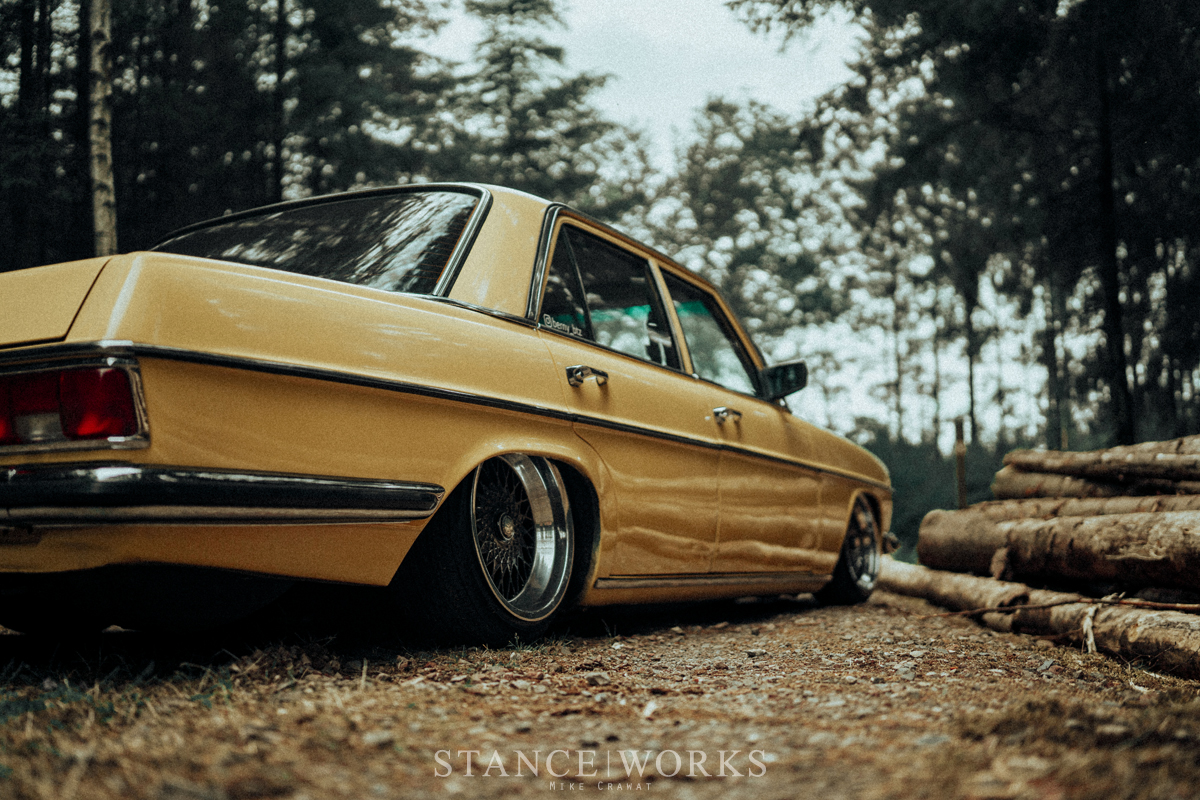 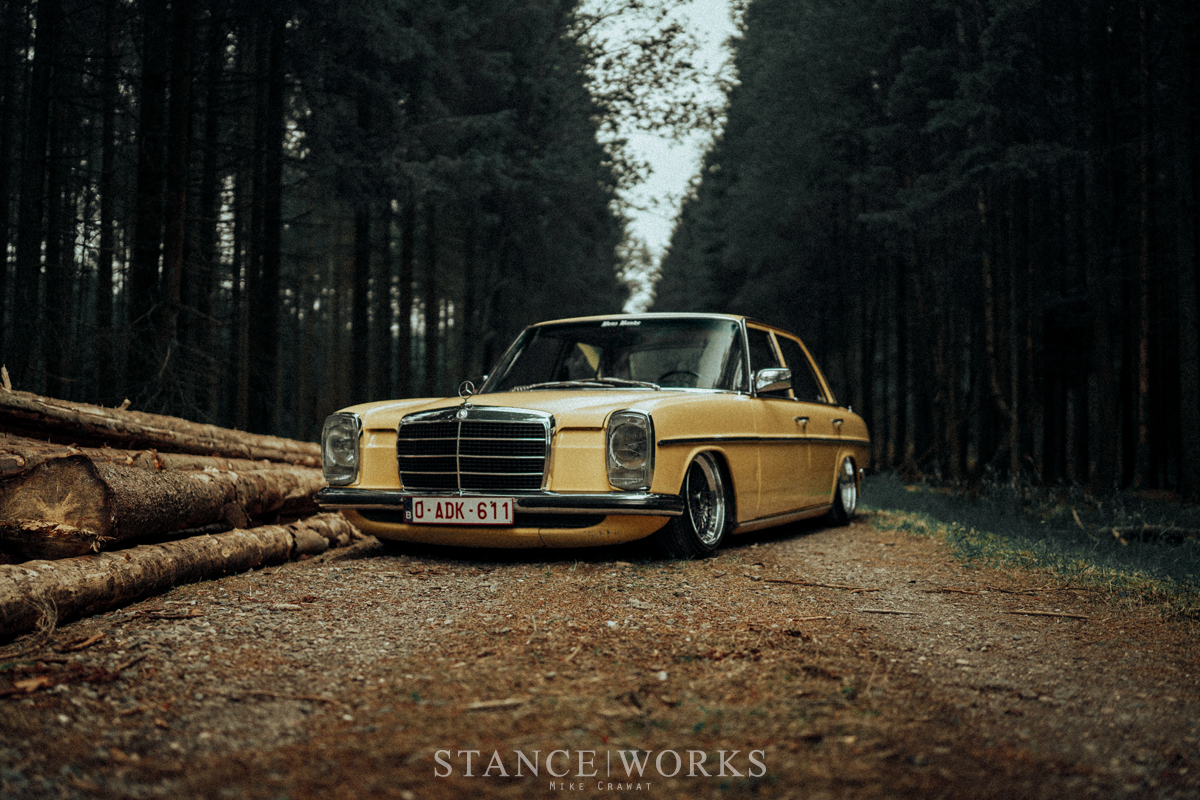 Before he had acquired the car, though, he had a plan in order: air ride and wheels were paramount, and something to fix up was an added plus. As a man with the skills to fix anything that tells time, he's not afraid to dive into the smaller projects classic cars often need. On his 18th birthday, he stumbled across the car before us, and within moments of seeing it, he knew it was the car to have. A trip to Düsseldorf, Germany to see the car paid off, and with that, the car was his. 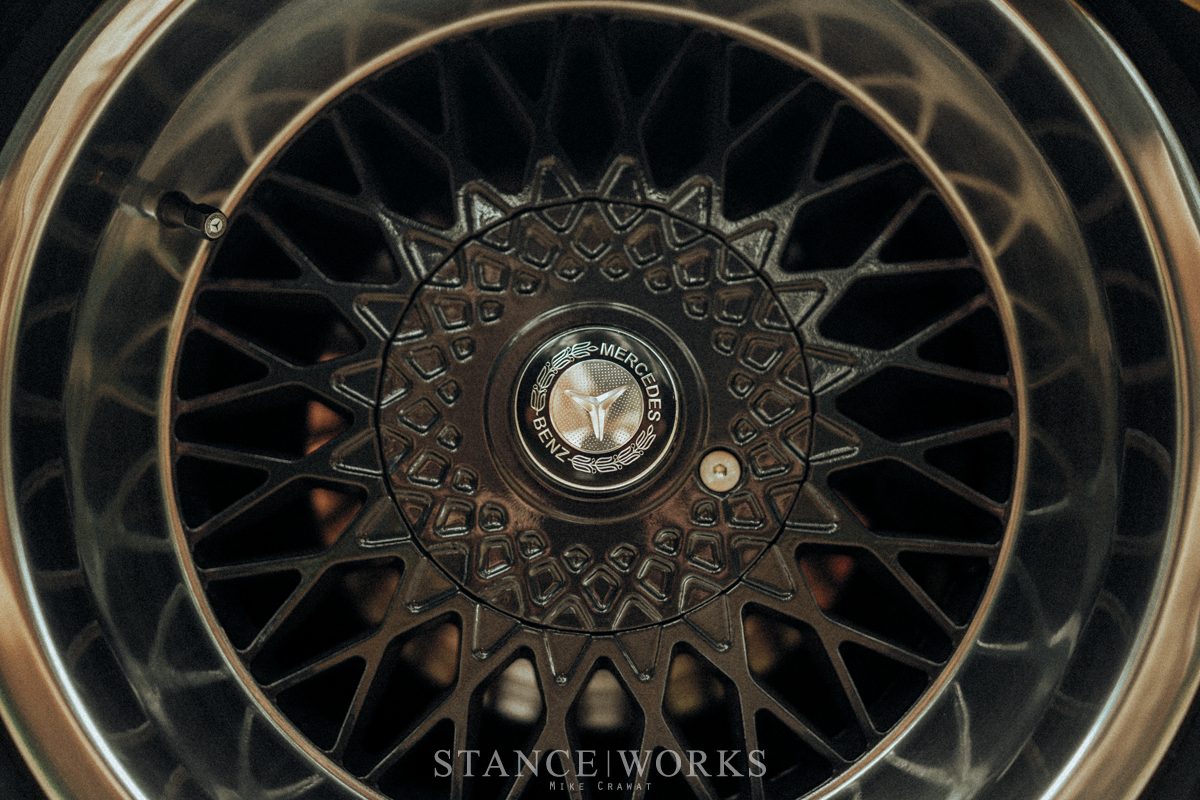 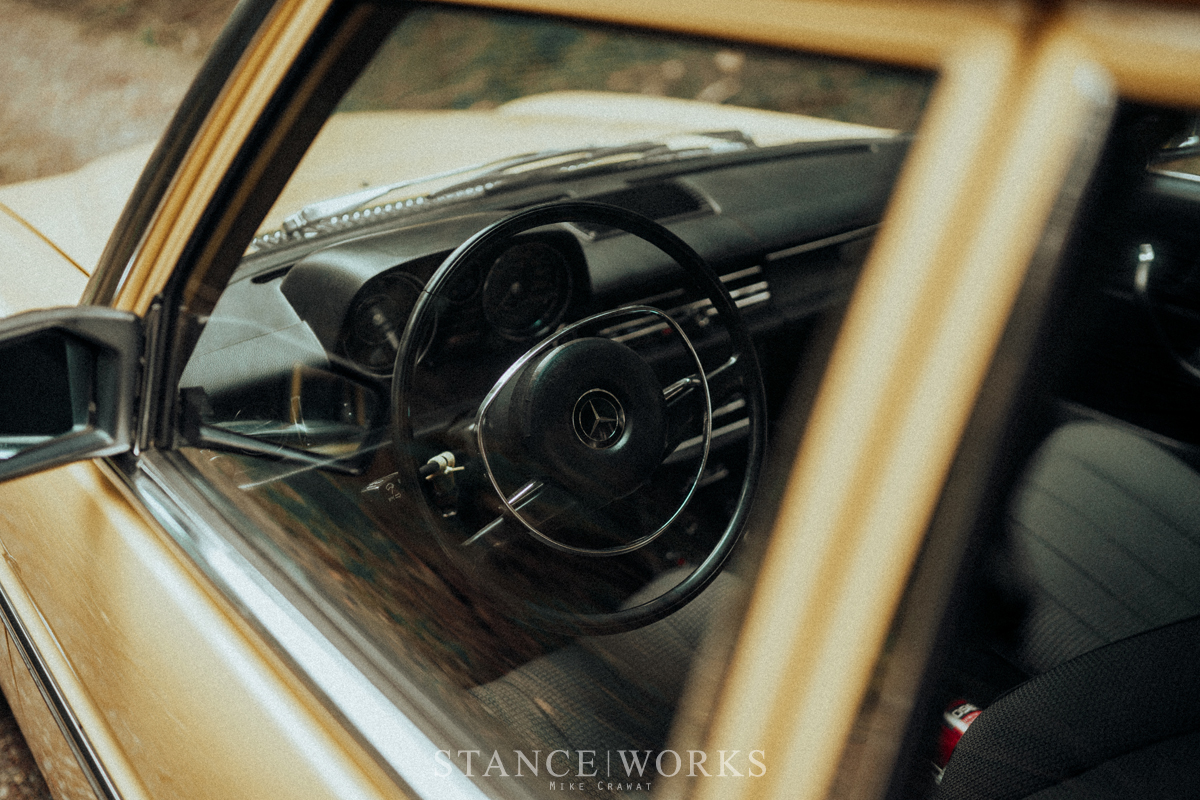 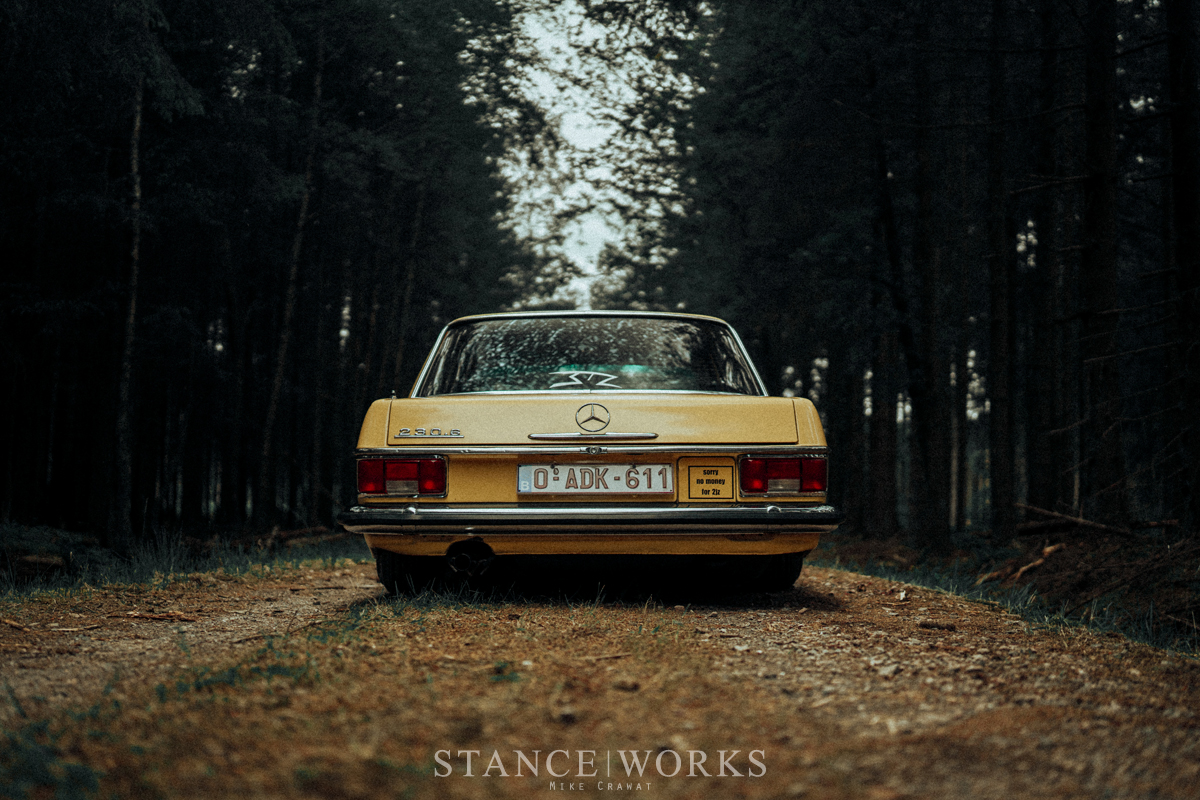 Under the hood of the classic W114 is a Mercedes inline six, known by Benz fanatics as the M180, measuring out to 2.3 liters of displacement, and originally equipped with a pair of solex carburetors. As a fan of pins, screws, and fine adjustments, Bernard tossed the Solexes in favor of a set of Weber carbs. The factory, antiquated mechanical ignition system was also tossed, and an electronic system was installed, bringing the M180 forward one generation in terms of technology, offering a bit more reliability. A bump in power was provided thanks to the carburetors and a complete exhaust system. 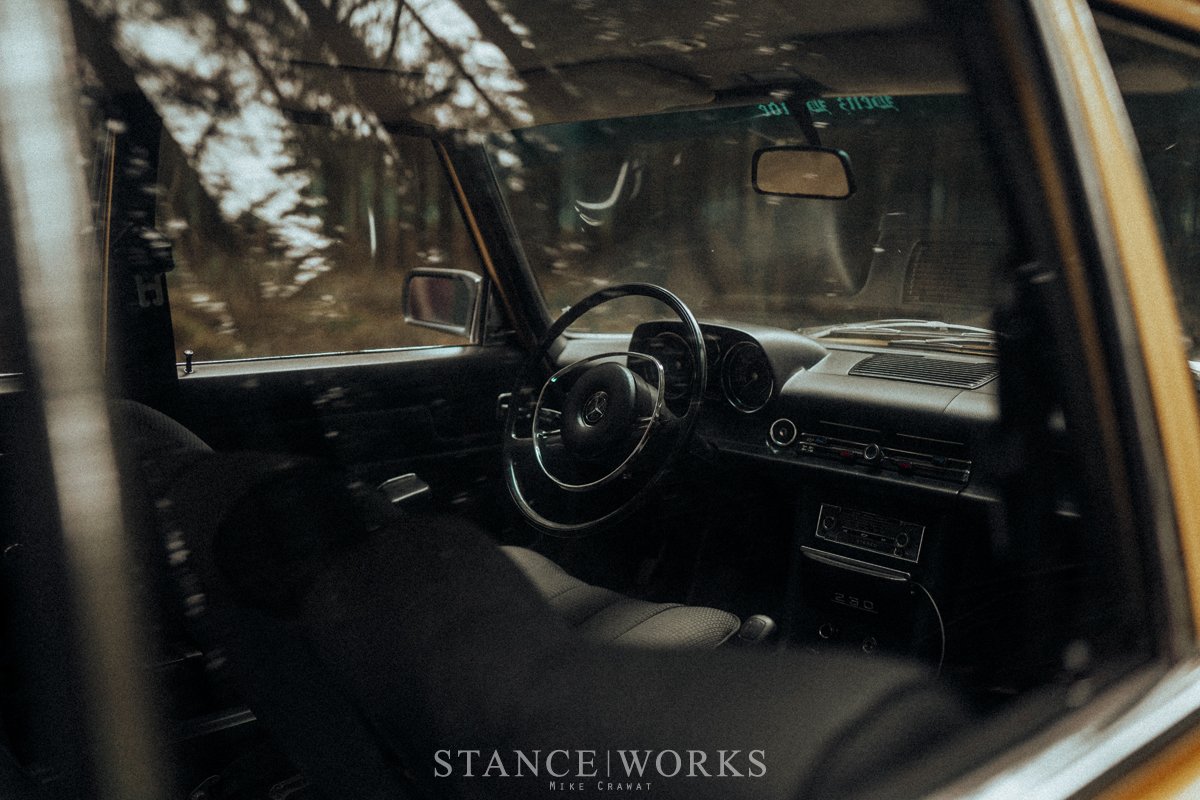 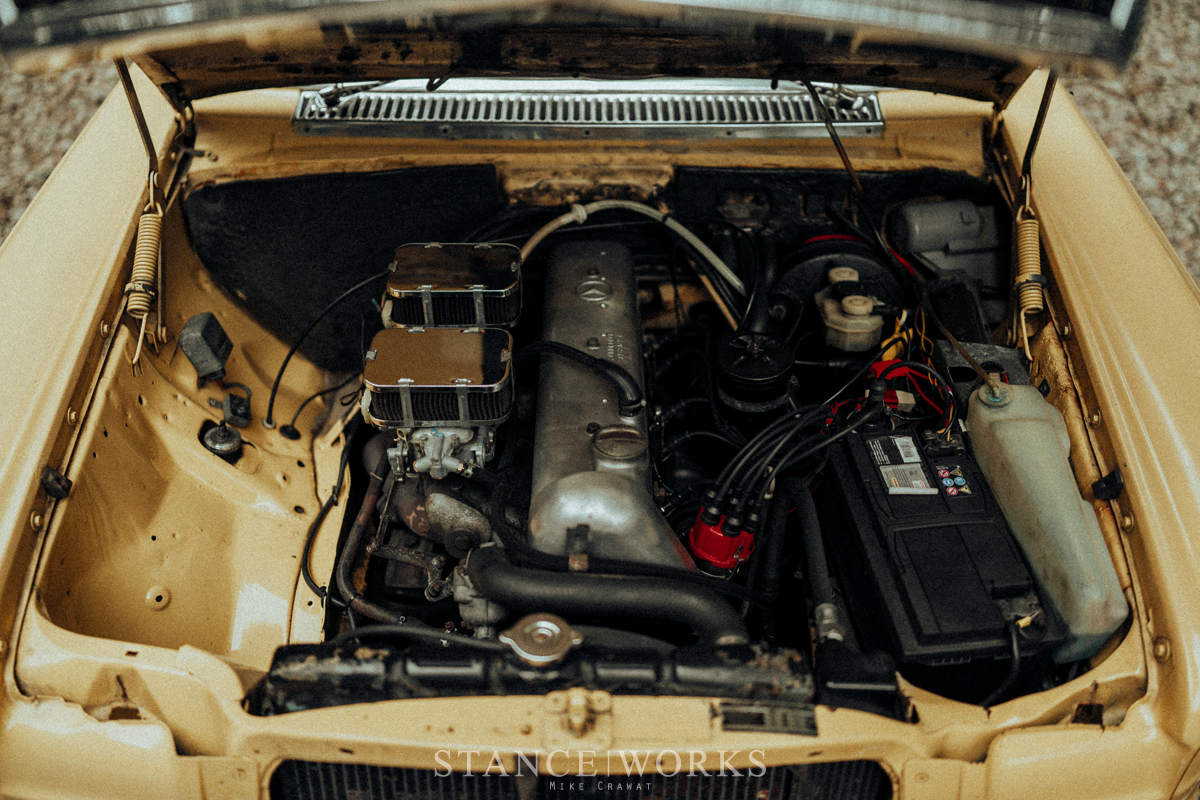 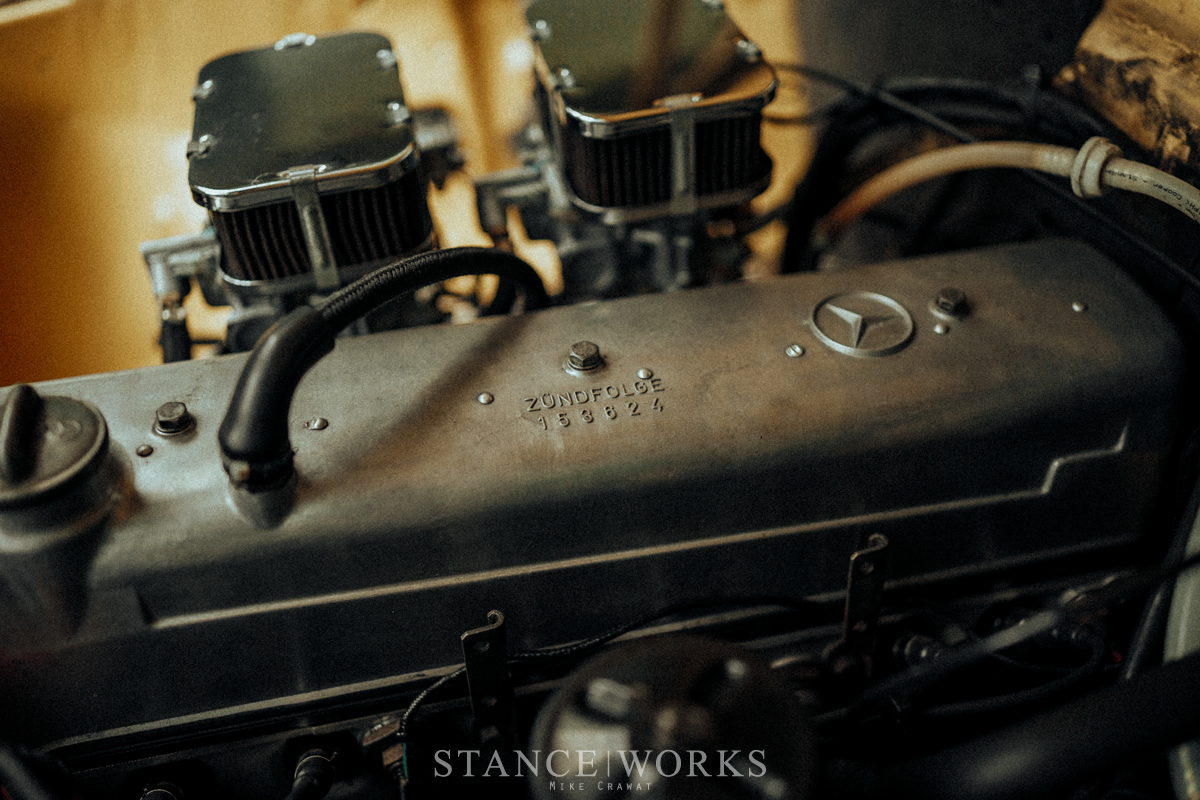 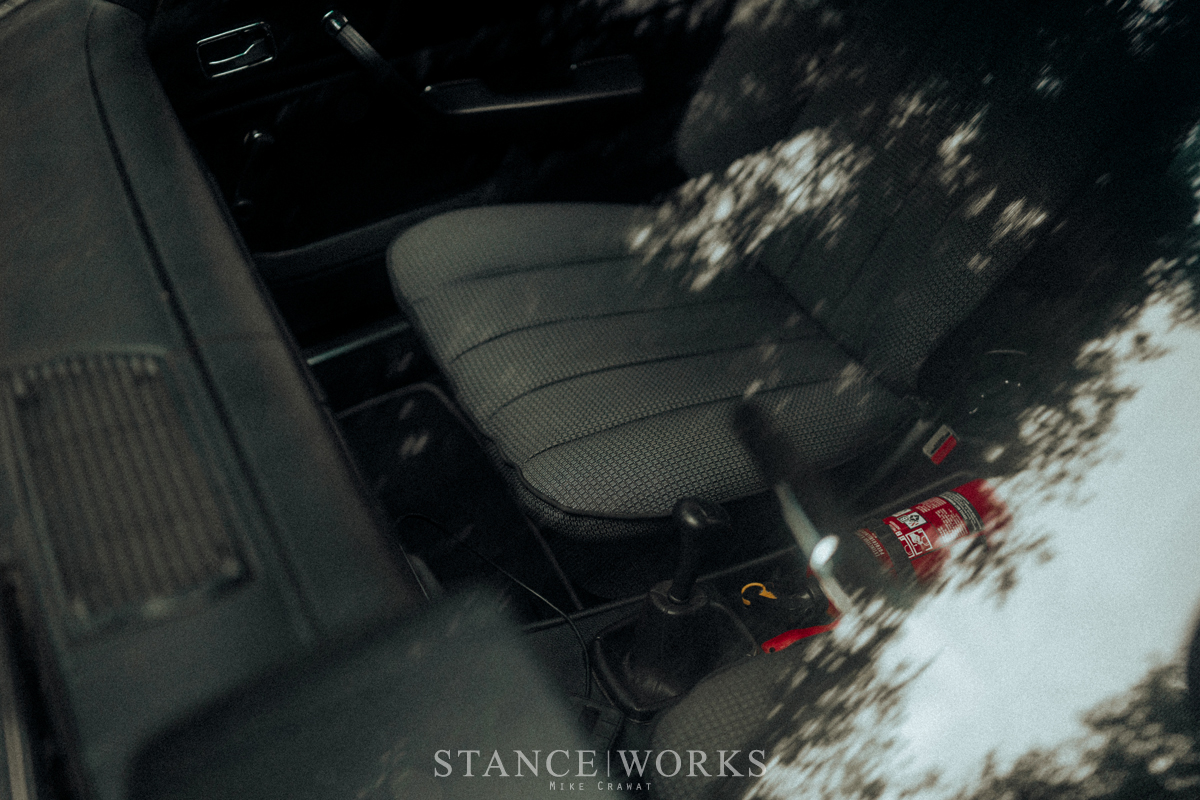 Inside the Benz, a black and grey interior shows off the incredible design cues of the era. The seats have been refurbished in a grey square-weave fabric, while the rest remains untouched. On the outside of the car, the original yellow paint shines as if it were new, wearing beauty marks from nearly 50 years of use and enjoyment. Vintage Remotec wheels lurk beneath the arches, and while it's hard to be a classic set of steelies and white walls, the 16x8 and 16x9 classic mesh wheels fit the bill just right. Of course, the piece de resistance of the car is the air ride setup, which plants the car on the ground, and completes the look of the car.  Highestlow components have been paired with Air Lift Performance's V2 management, giving the Benz a stance that is both gorgeous and practical for any use. 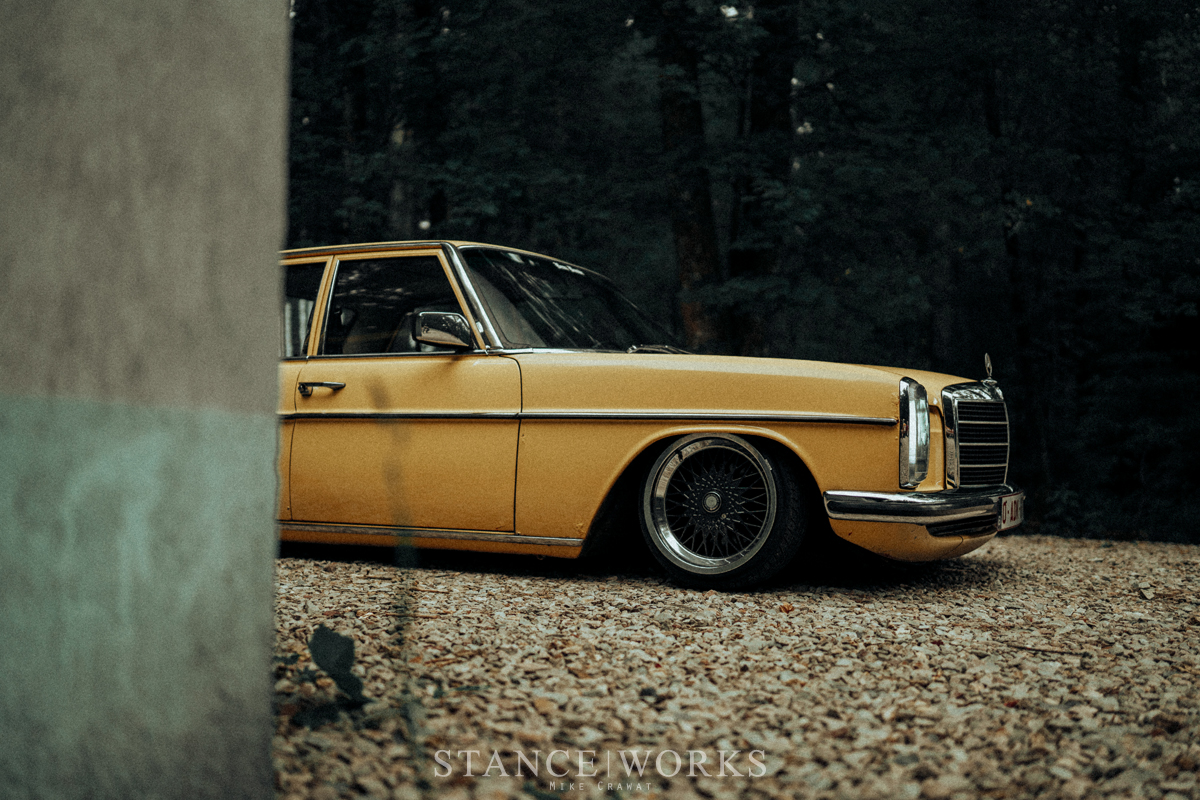 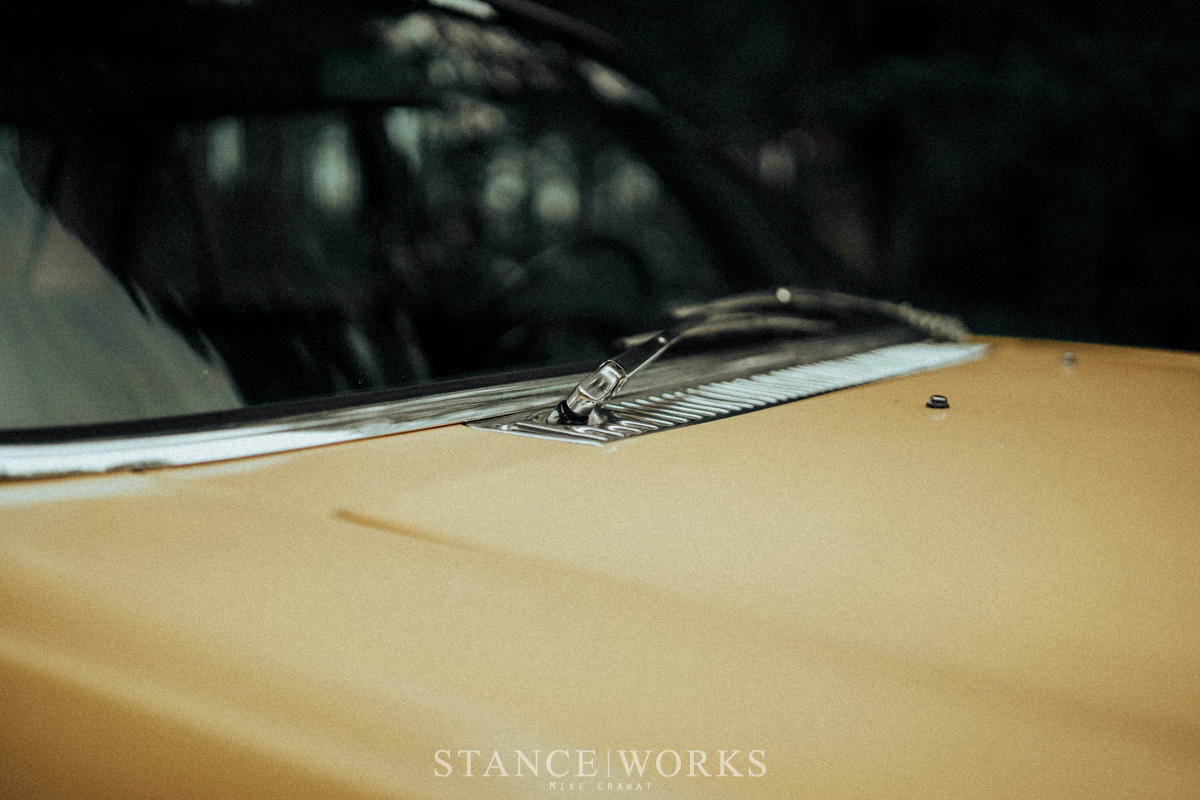 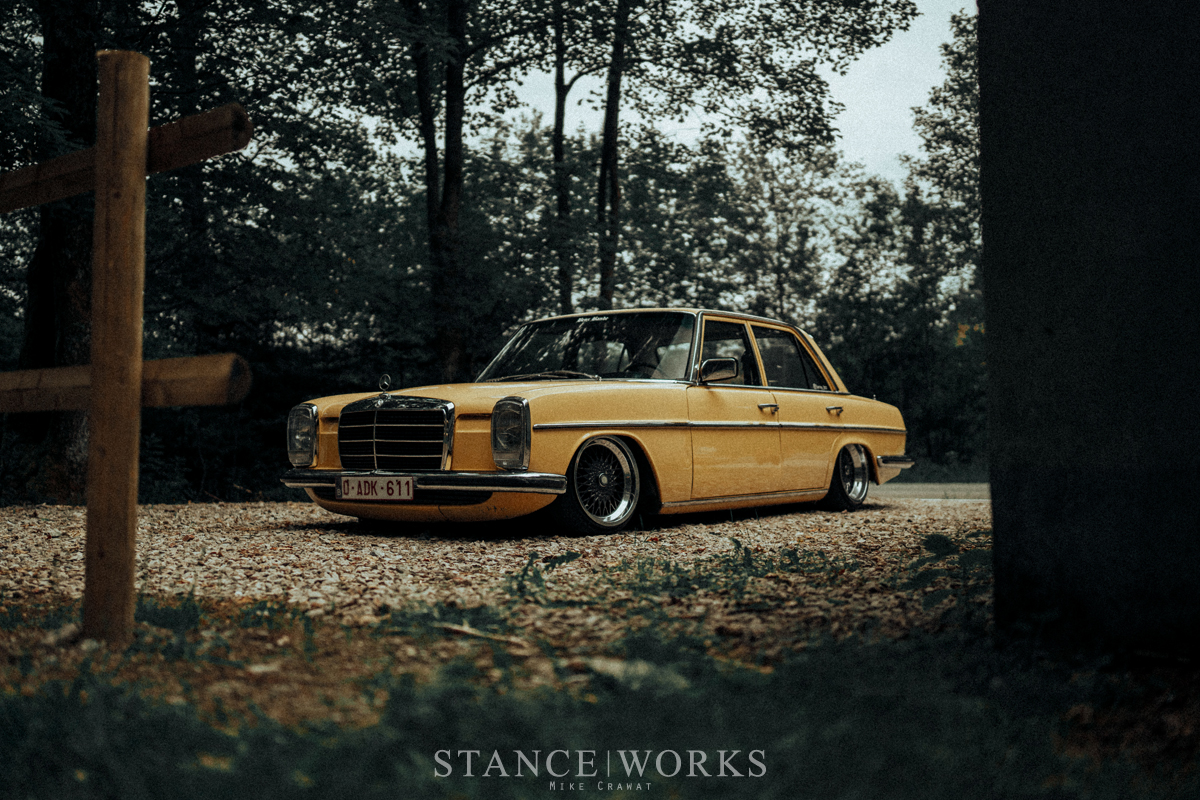 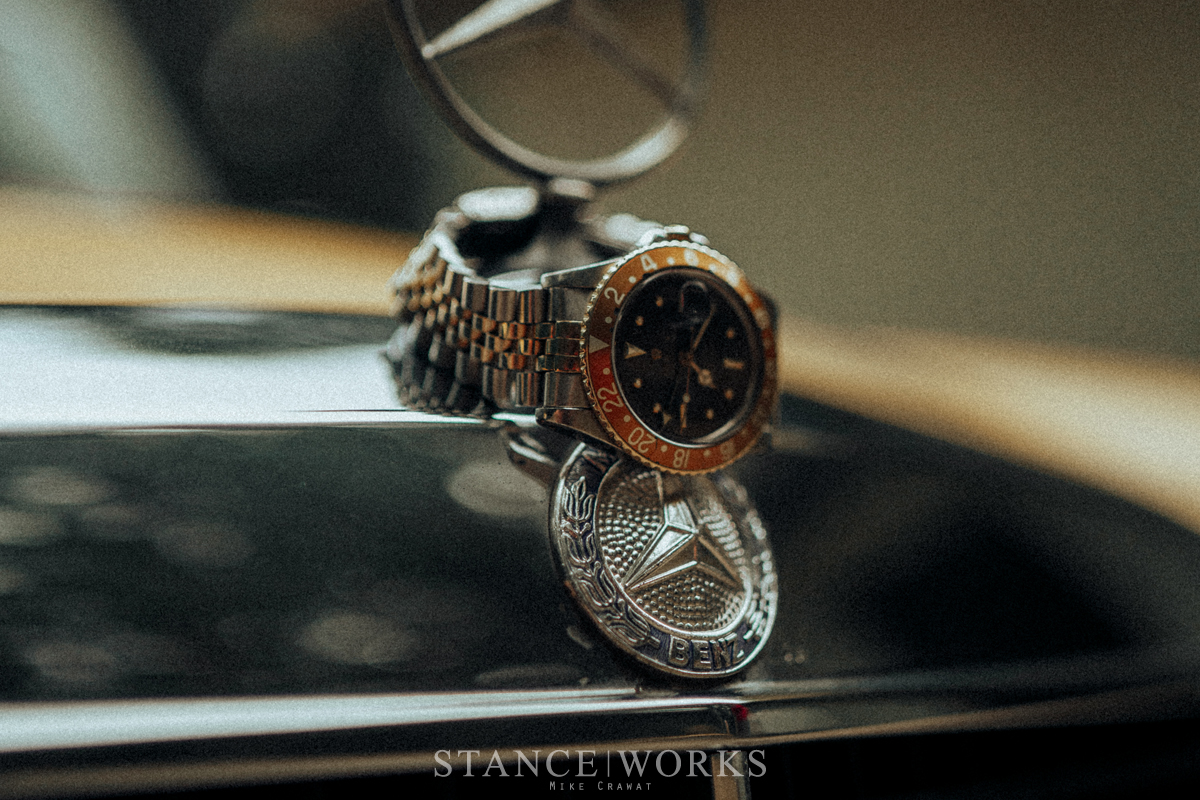 His plans continue, but Bernard's Benz is appreciable as it sits. It's hard to deny that Mercedes hit the nail on the head in the 1960s and 1970s, designing cars that have withstood the test of time in both mechanicals and aesthetics. 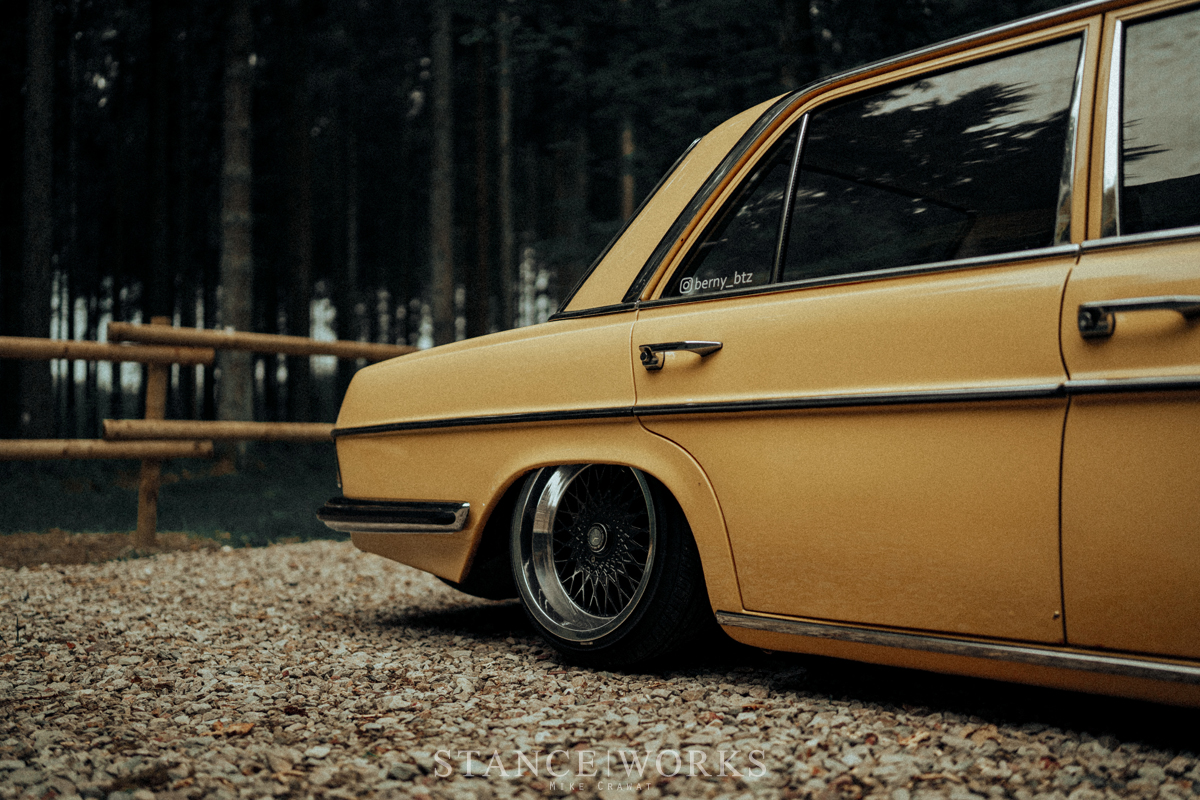 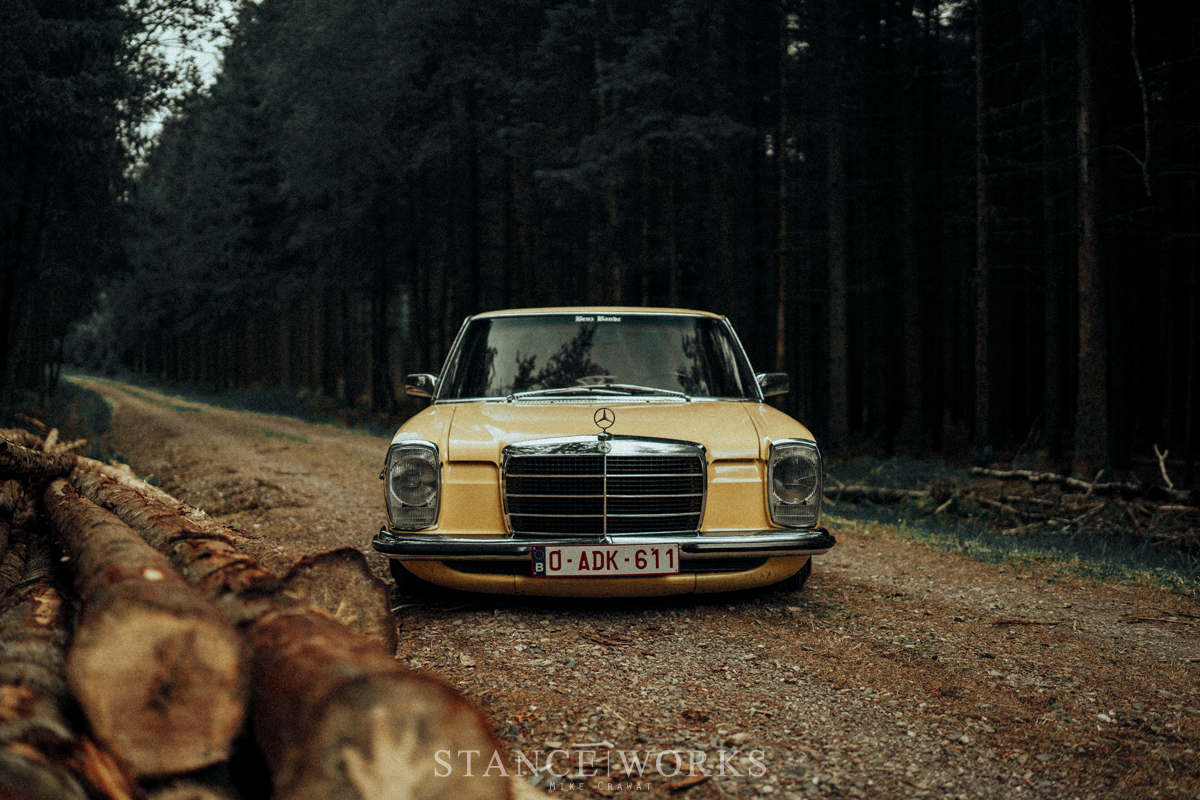 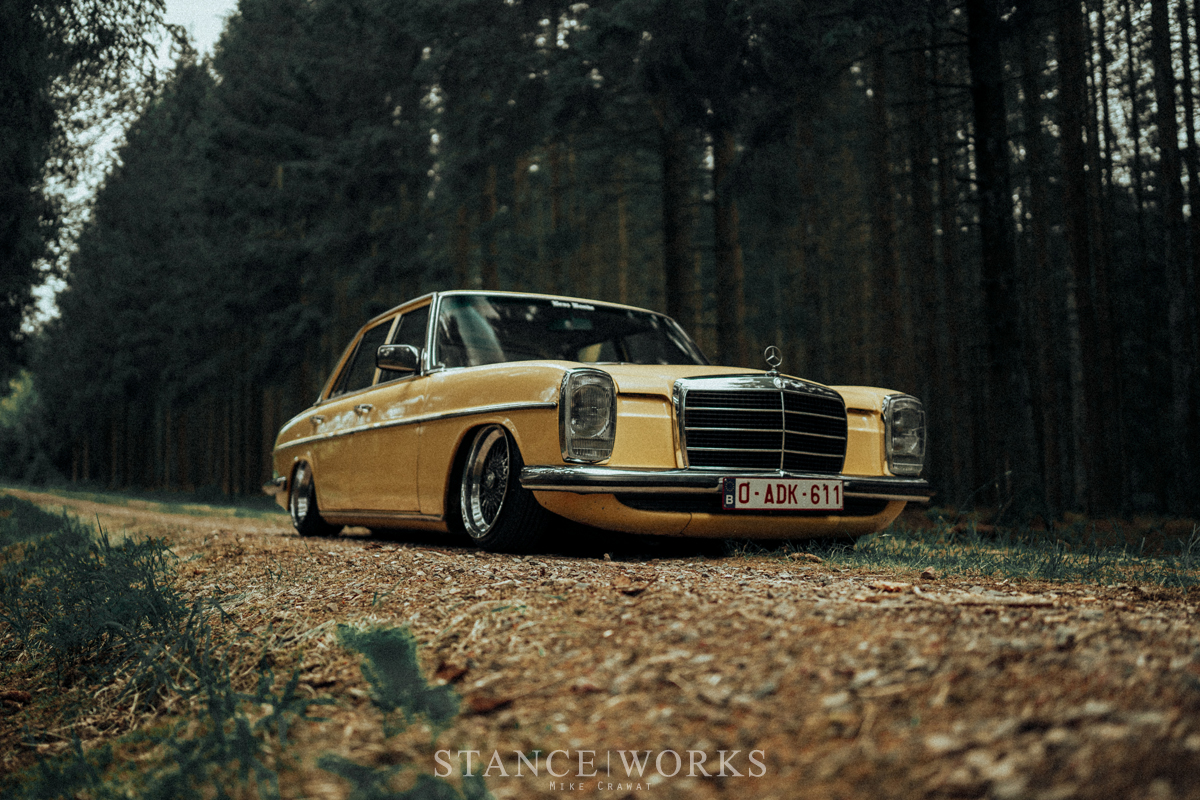