After more than a year of back-and-forth, I met Geoff Tumang outside of Las Vegas, Nevada, for the first-ever "M Fest," an event catered to, you guessed it, BMW M cars. Sporting a purple sedan with polished Forgeline wheels, Geoff made a quick first impression by sliding through an intersection on Las Vegas Boulevard, into the parking lanes of the Palazzo hotel. If the first impression wasn't enough, he spent the afternoon ripping around the local track, with 4 passengers in tow. Although the car didn't last, the impressions did, and in the immense number of cars that have followed in "the purple car's" footsteps, it's always been exciting to see Geoff do what Geoff does best: go fast. Disrespectfully fast, if you will. 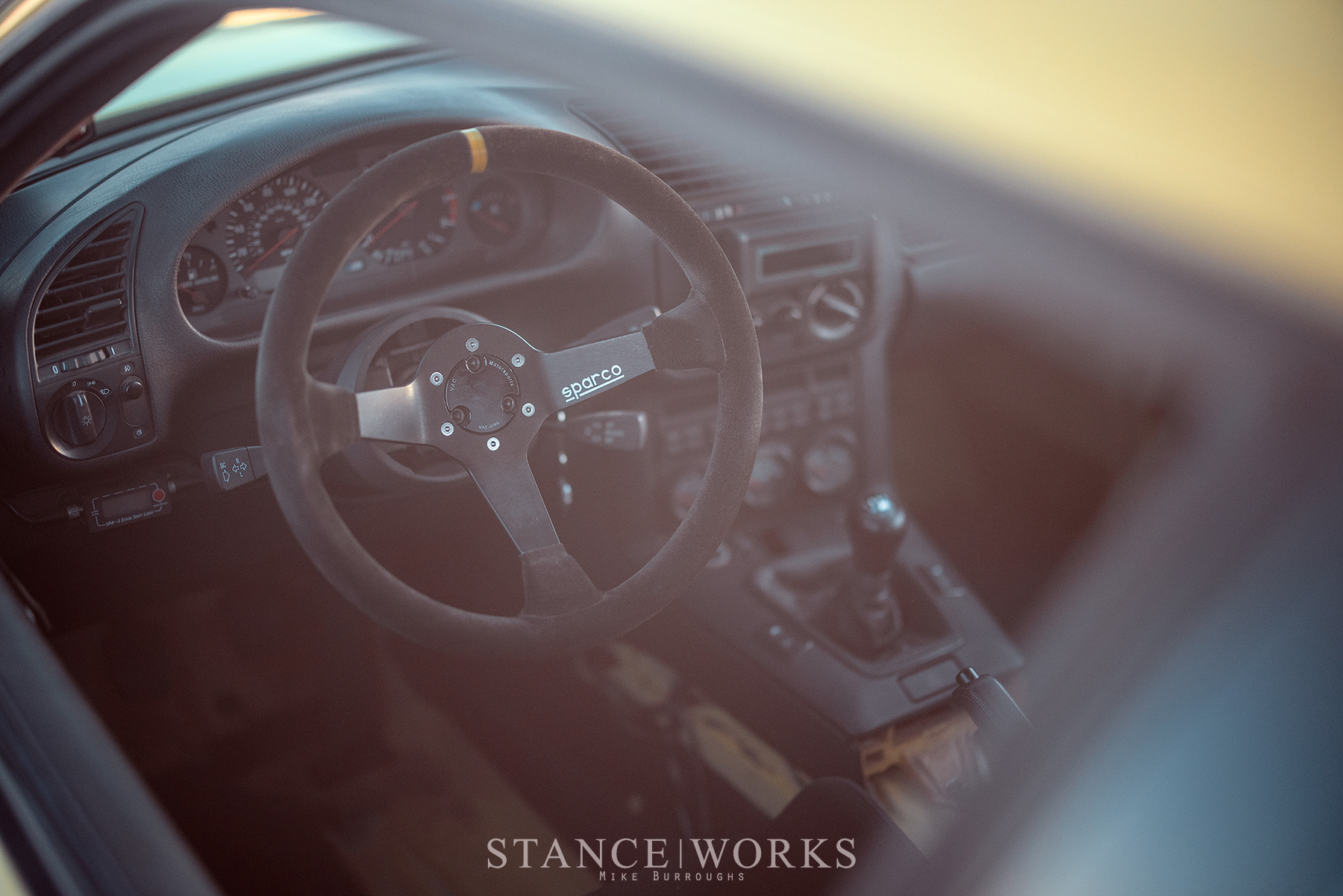 The yellow car at hand, though, has a bit of a story of its own. I recall it fondly, sitting atop a lift at Precision German Performance on my first visit a decade ago. There it remained, season after season, year after year. Legend seemed to envelop it: tales were told of how fast it seemed to go each time it went out on track, however, accounts of it breaking followed each one. Perhaps the car was both blessed and cursed: bestowed with speed but not reliability... it sat with a hole through its #4 piston for as long as I can remember. 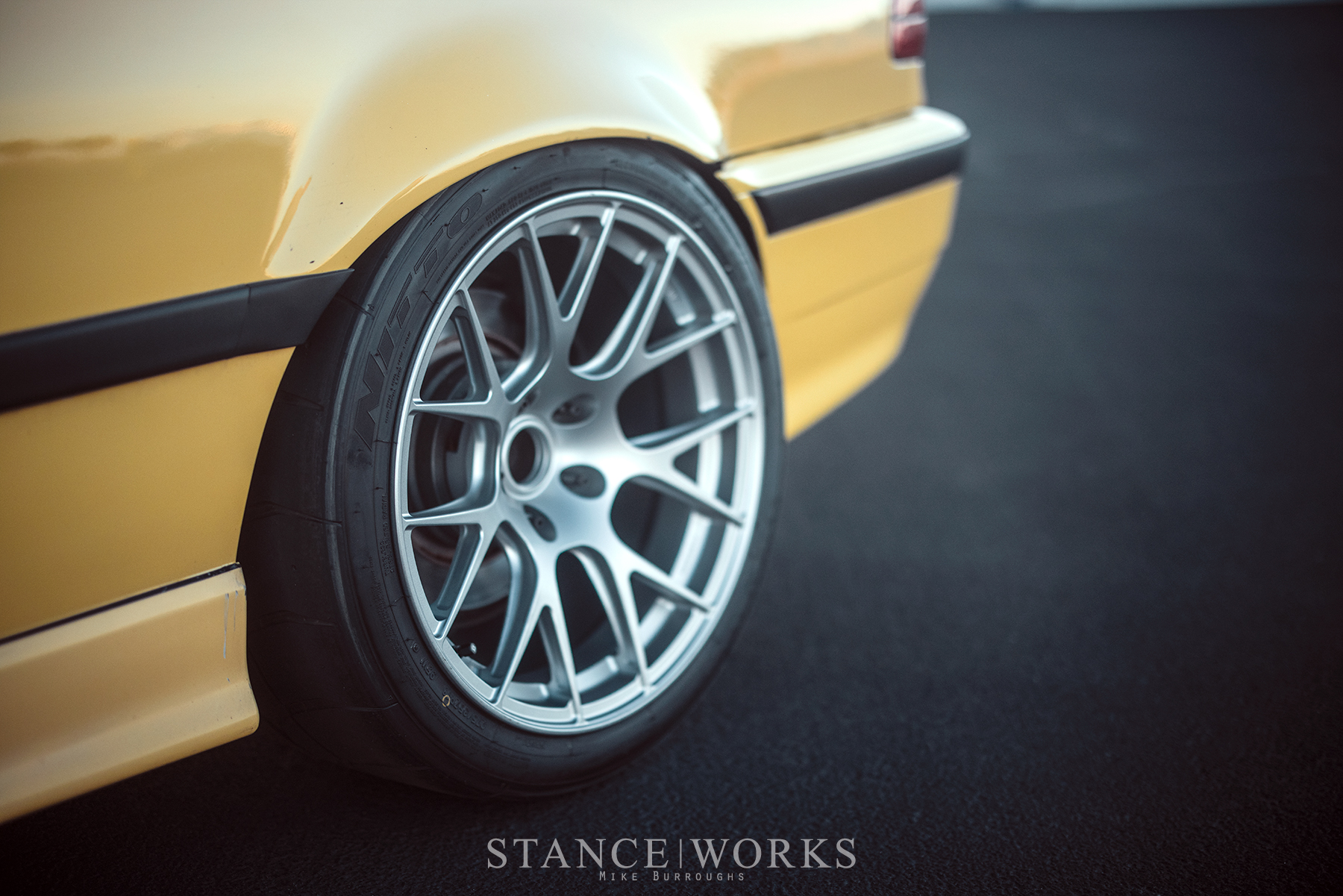 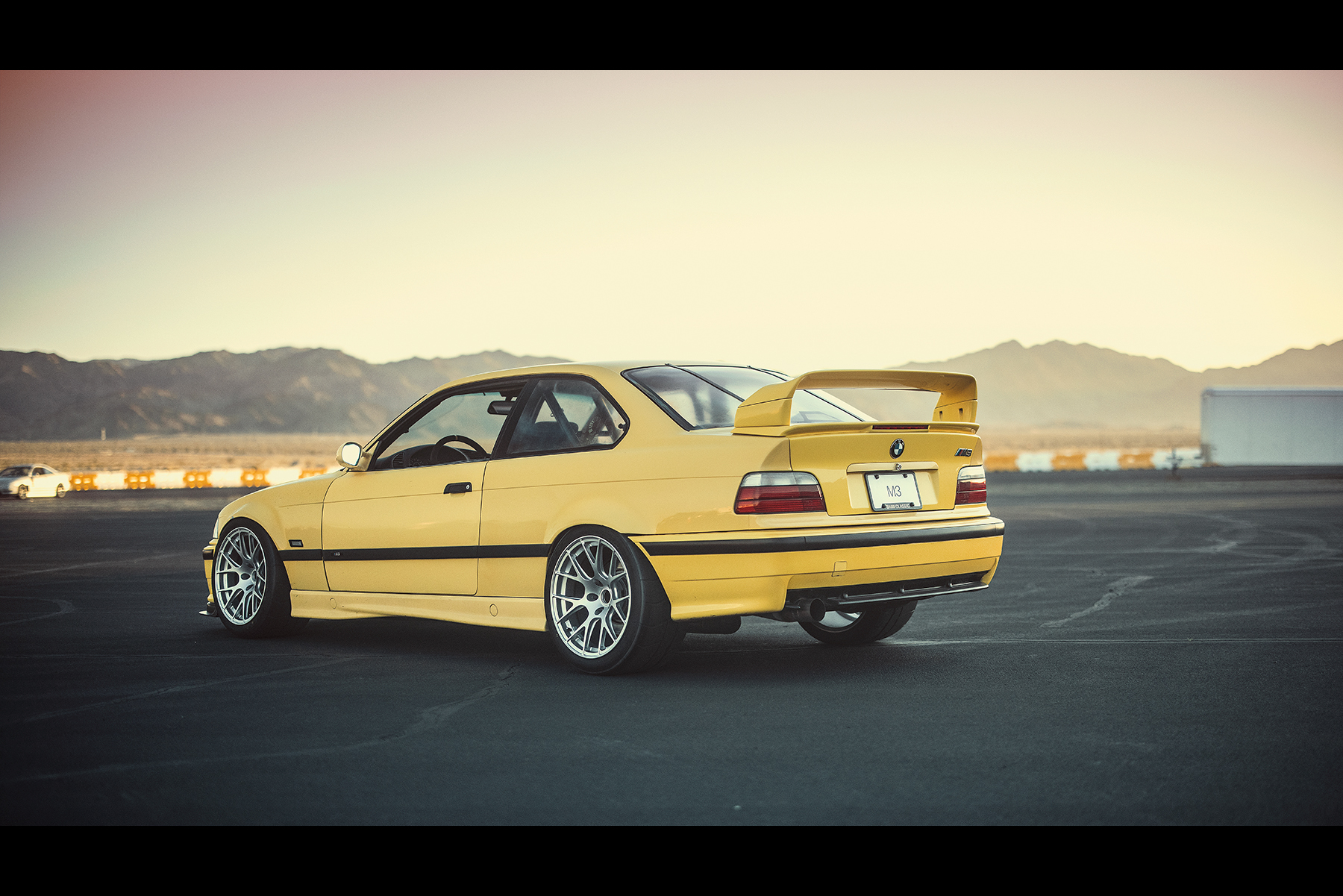 It was clear though, in any case, that the car was something special. Custom wide flares molded into the body are a product of its time, built 15+ years ago; however, they're done well enough to withstand the test of the ages, and look right at home in 2021. A supercharged S52 lurks under the vented hood, offering an increase in power to back up the bark. An LTW spoiler -- from before the time when they were seen as the go-to piece -- towers over the trunkline. The hue of yellow on the doors? Aluminum LTW doors lurk behind the paint. All the car needed was someone to bring it back to life. It seems as though Geoff, along with his partner in crime Kyle Deneau, got tired of looking at it atop the lift. 10 years was enough. 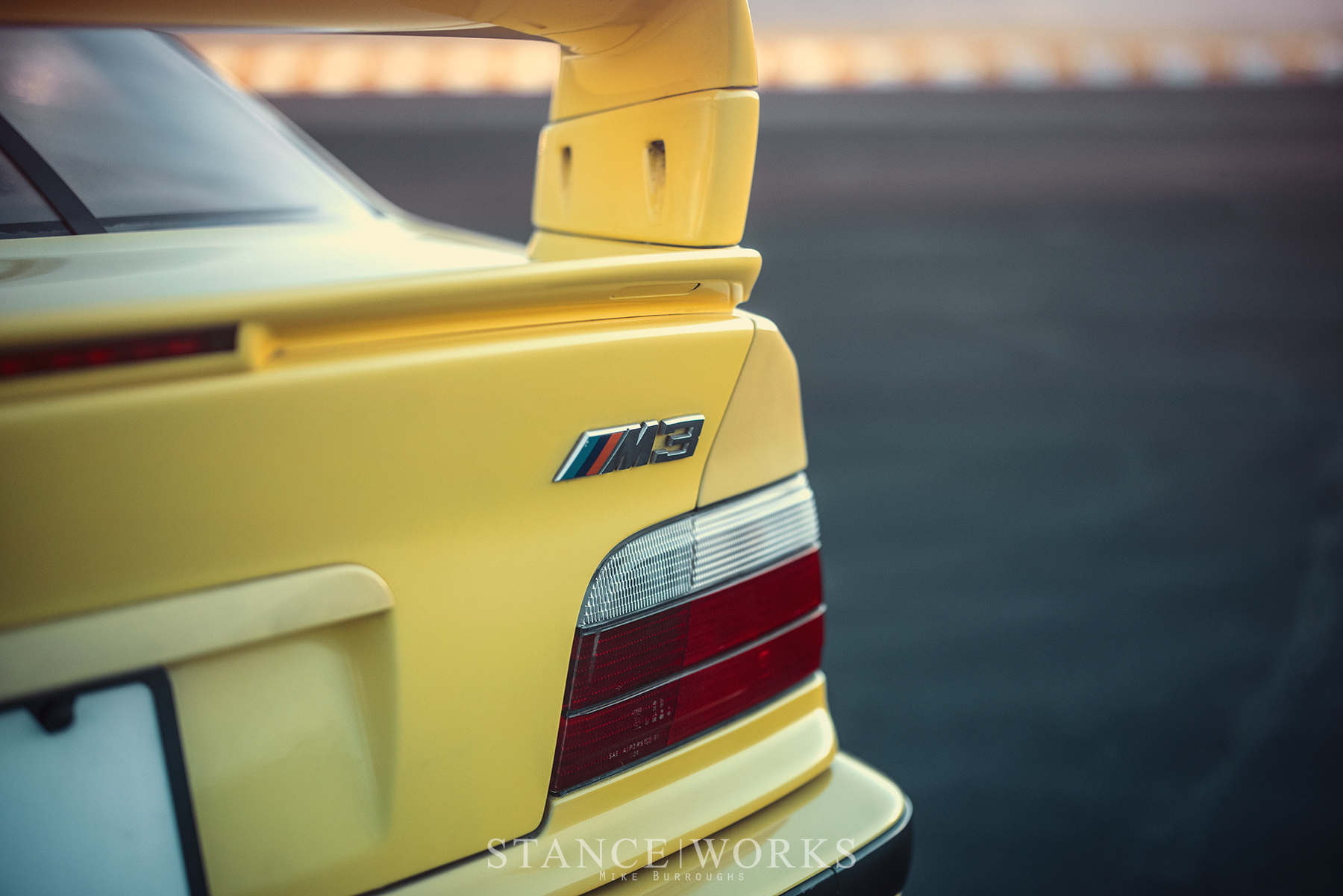 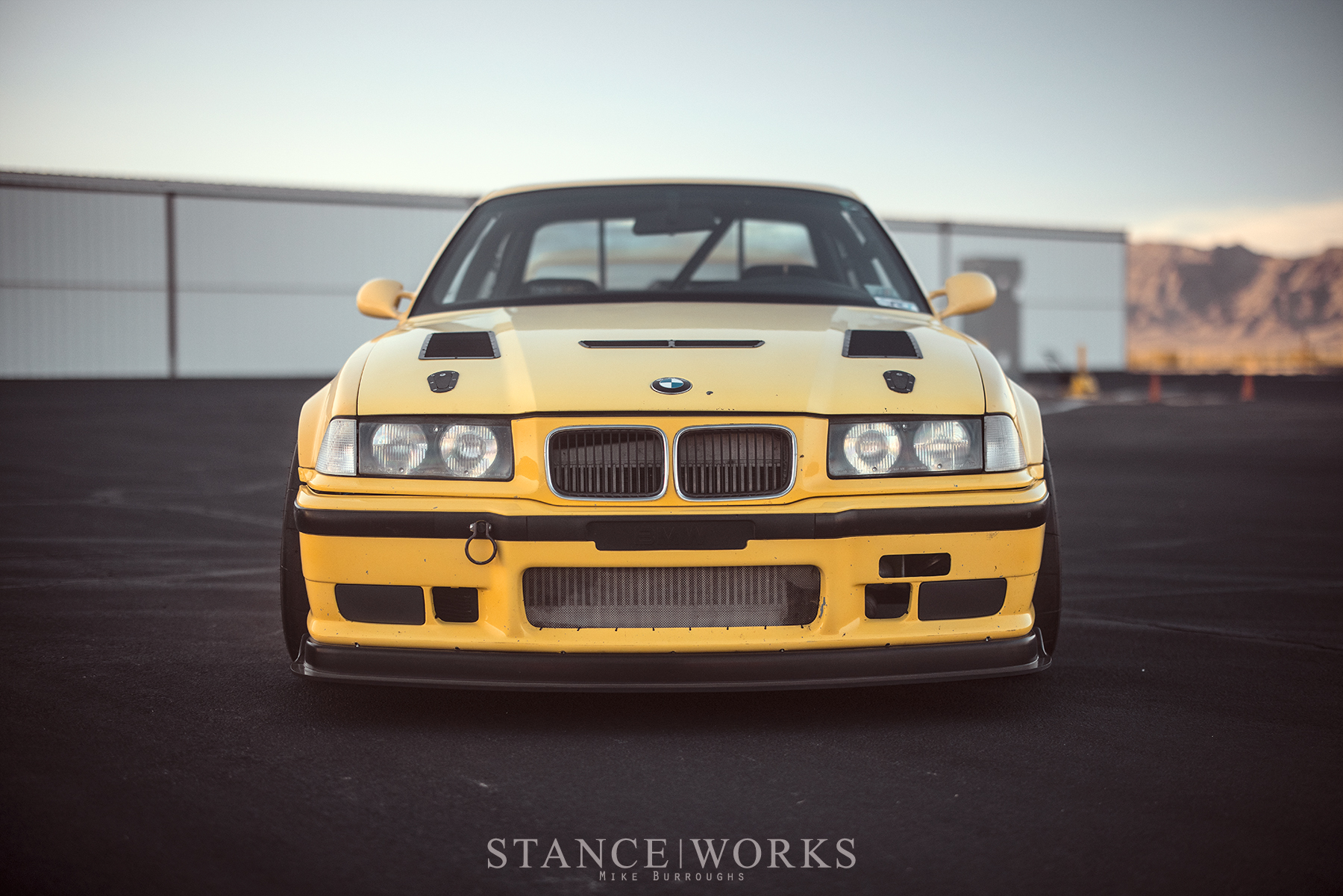 Together, the boys brought the car down from its perch and began a rebuild of the engine and its ancillaries from the bottom up. As part of the revamp, wide Titan 7 T-S7 wheels were installed along with 285 Nitto NT01s. A seat, a steering wheel, and other necessities were installed, and before long, the car was ready for track time. 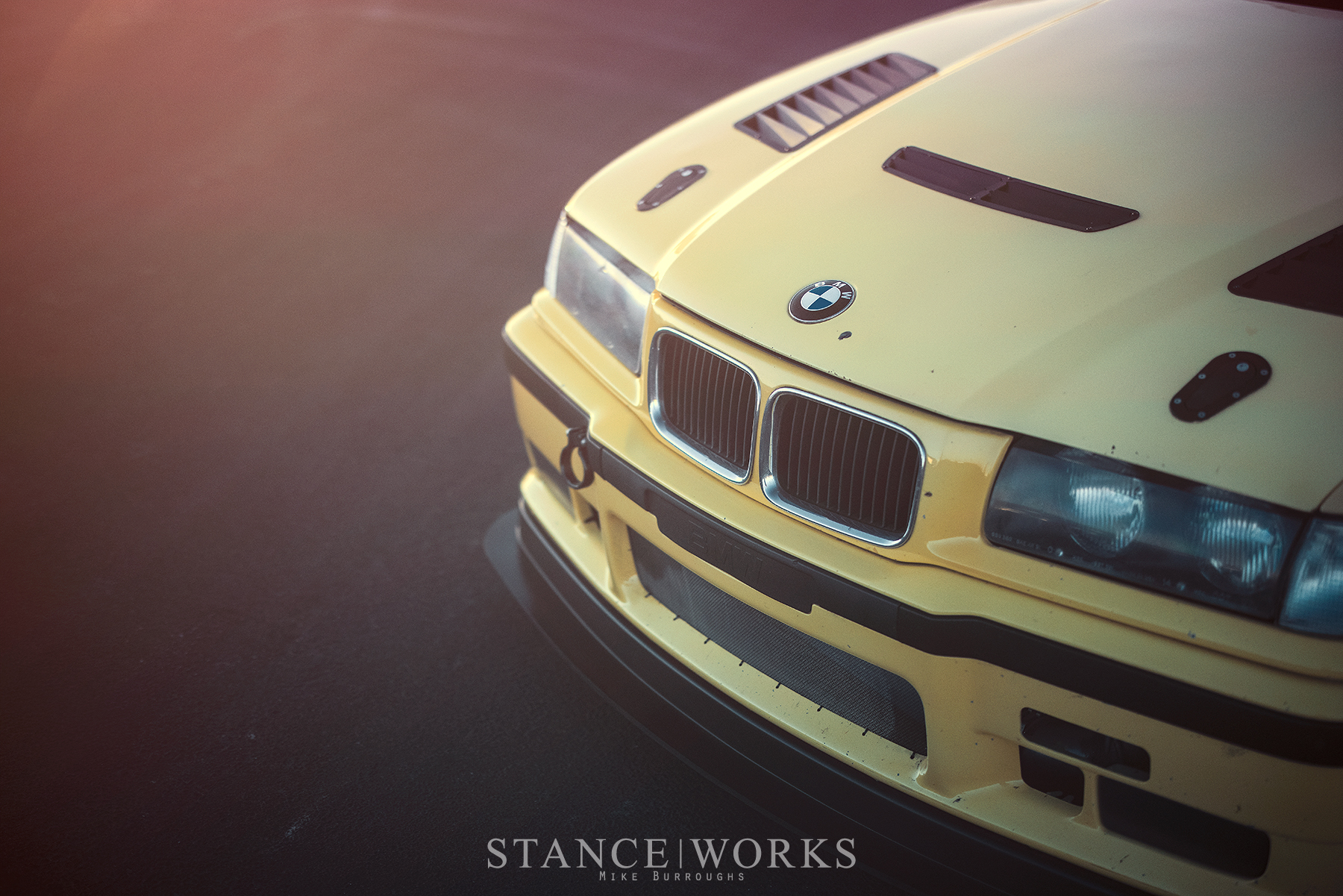 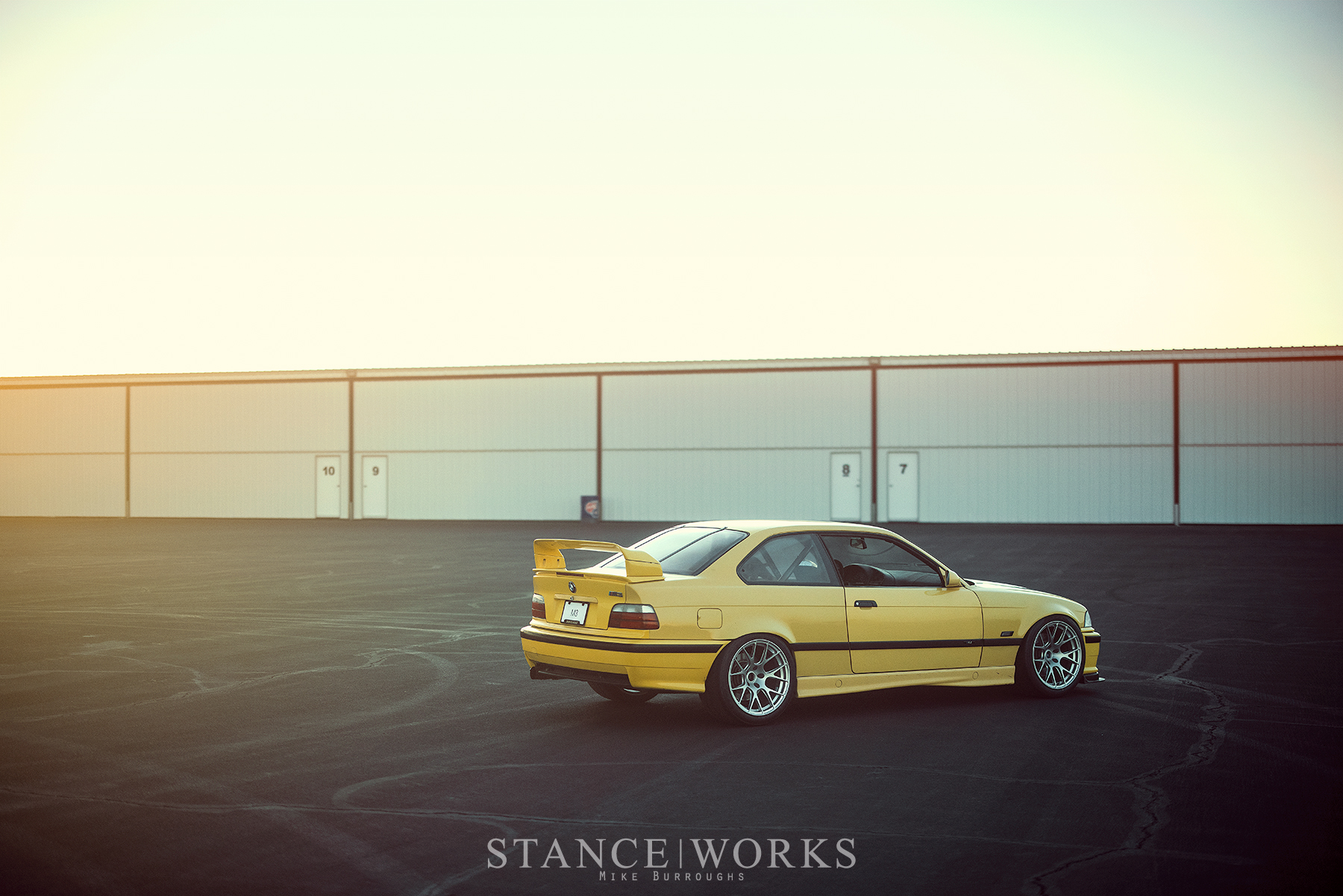 For those familiar with the car, it came as a surprise. We had all assumed the car would keep a watchful eye over the PGP shop for years to come, perhaps only to be awoken from its slumber by the apocalypse, the explosion of Yellowstone, or the return of Jesus Christ. However, one early morning in October, Geoff arrived with "50 shades of Dakar" in tow. A lifetime of track use and just-past-track-fixes have left the car with a patchwork quilt of yellow bodywork, but somehow, it just works... 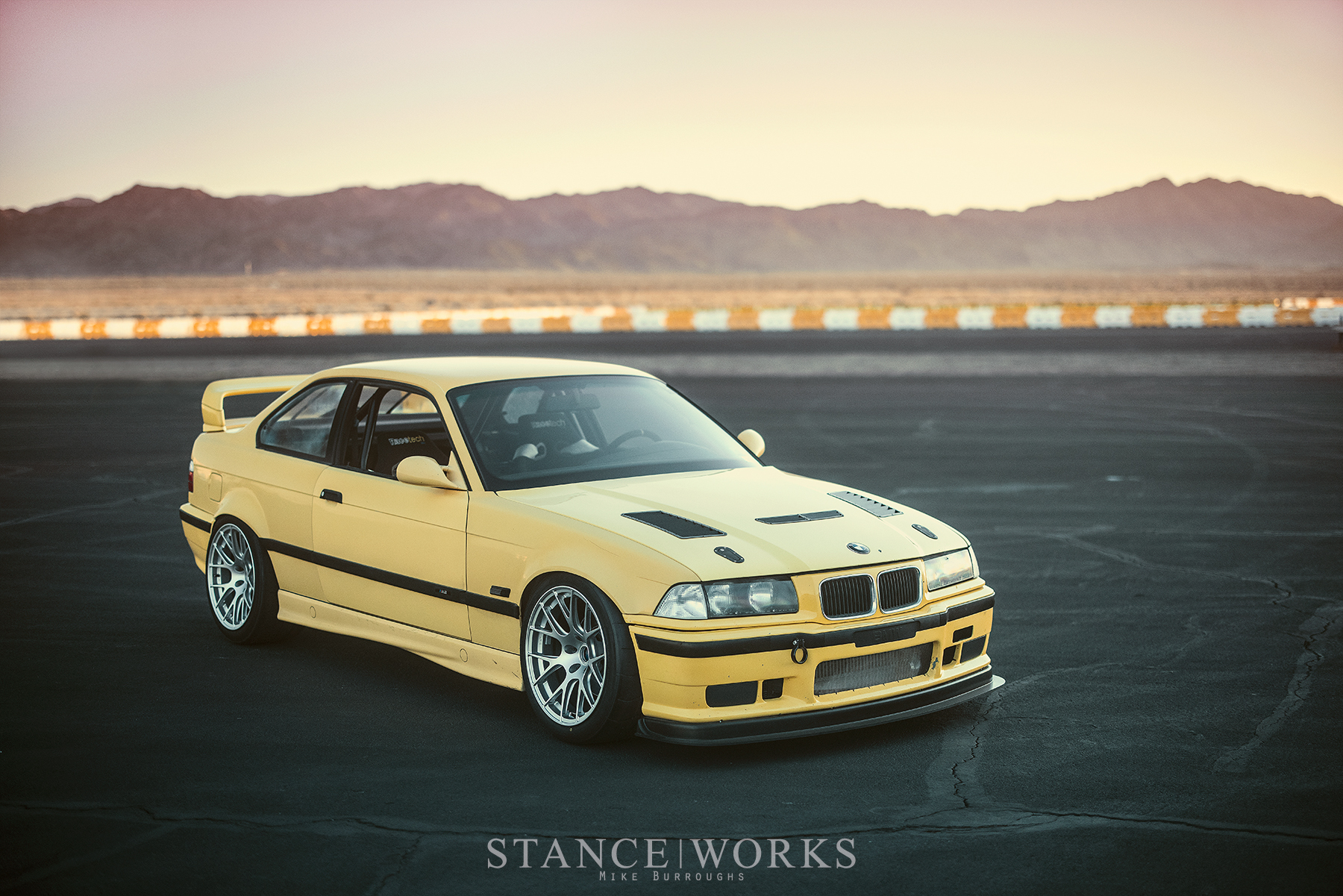 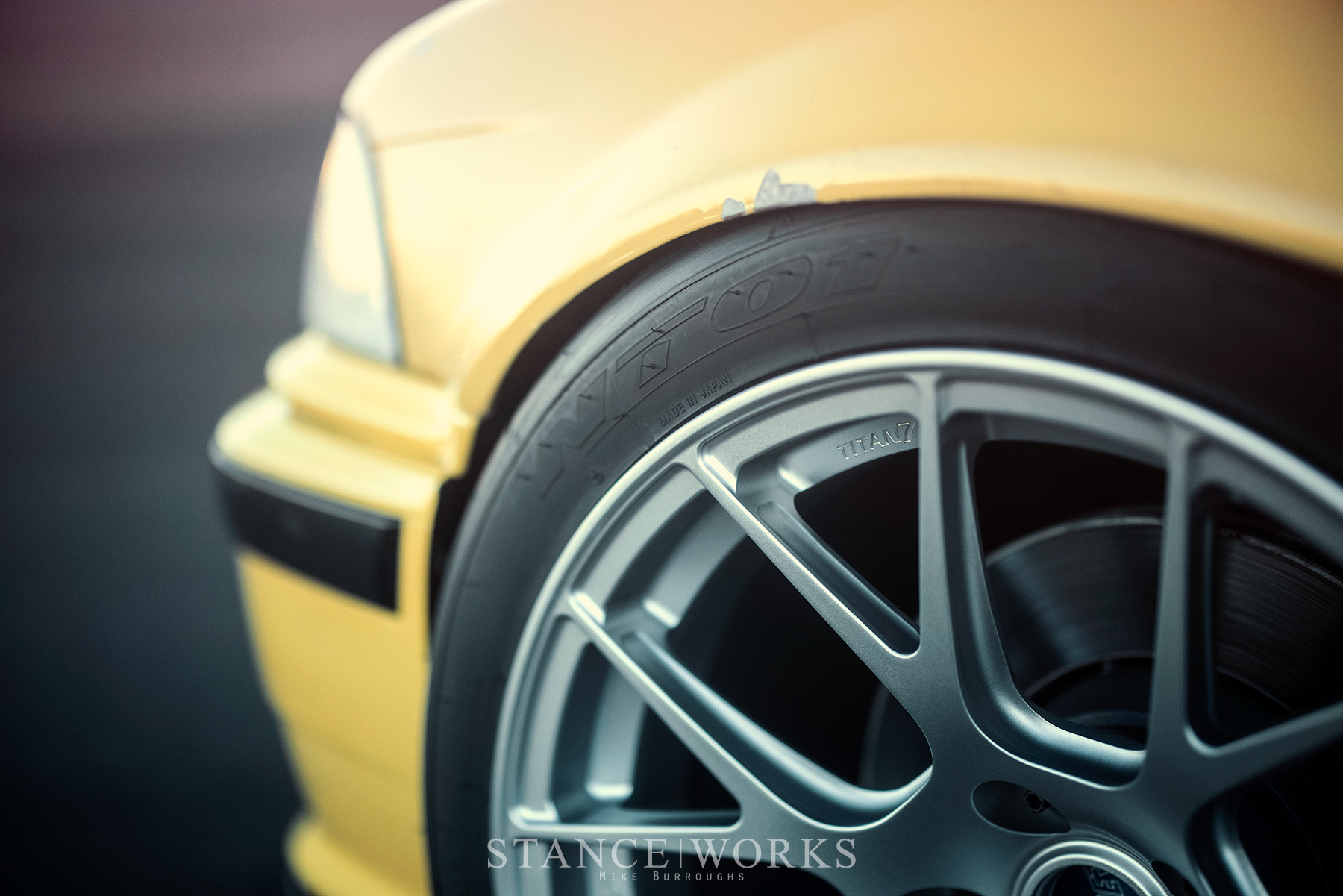 Geoff has returned to the E36 platform a few times since he parted ways with the infamous purple sedan, but none have ever seemed to be quite the "right" fit. Just like the rest of his fleet, those E36s have come and gone, each one making way for a yet another new adventure. This time, though, I'm hopeful things are different. The Dakar has had a presence for quite some time now, and it's hard to imagine it going elsewhere. Seeing that Geoff is eager to further tune and develop the car, things look promising, too. Following a few 1:58s at Chuckwalla, the car is proving to be potent, and it's only a matter of time before Geoff extracts every second he can from it. 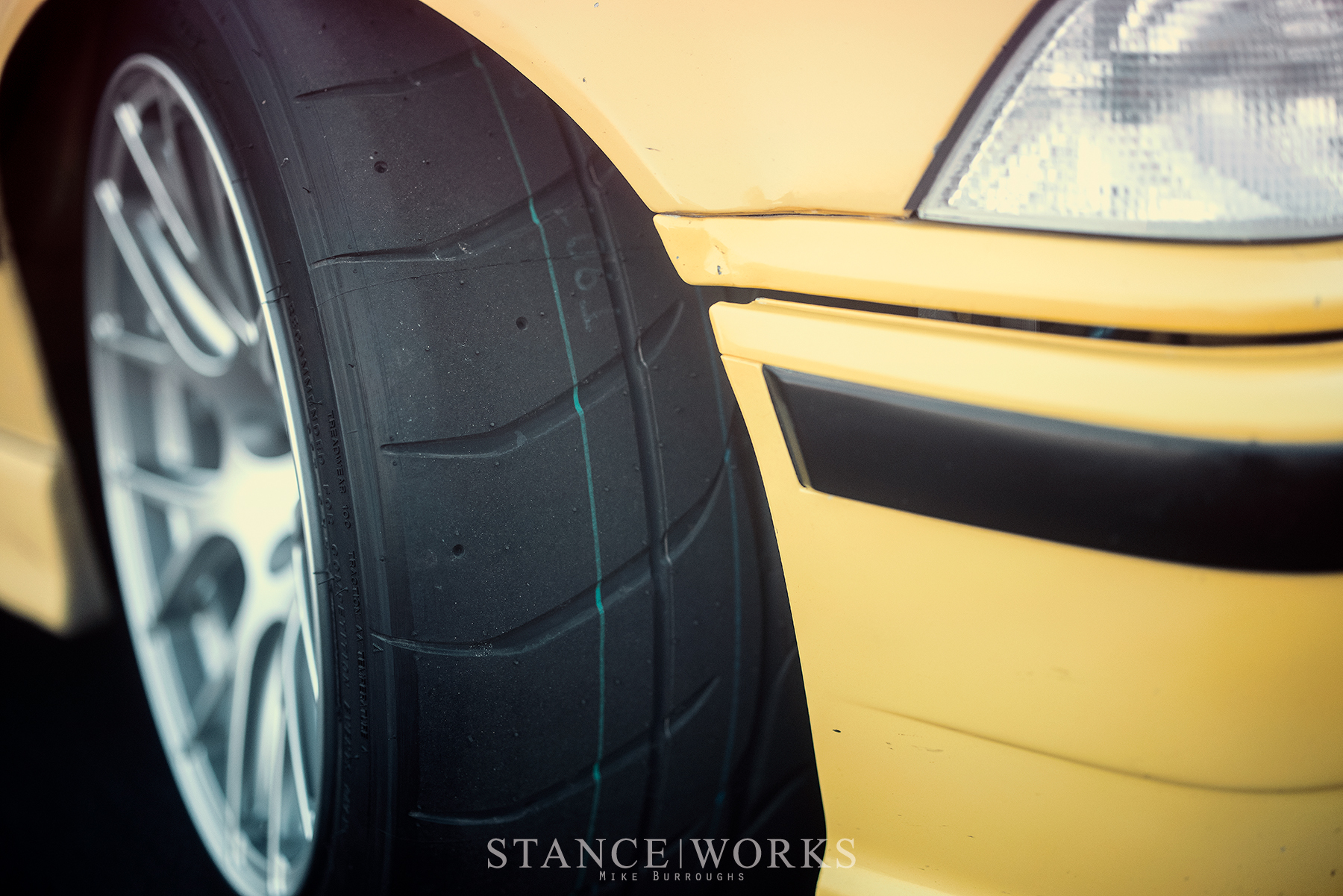 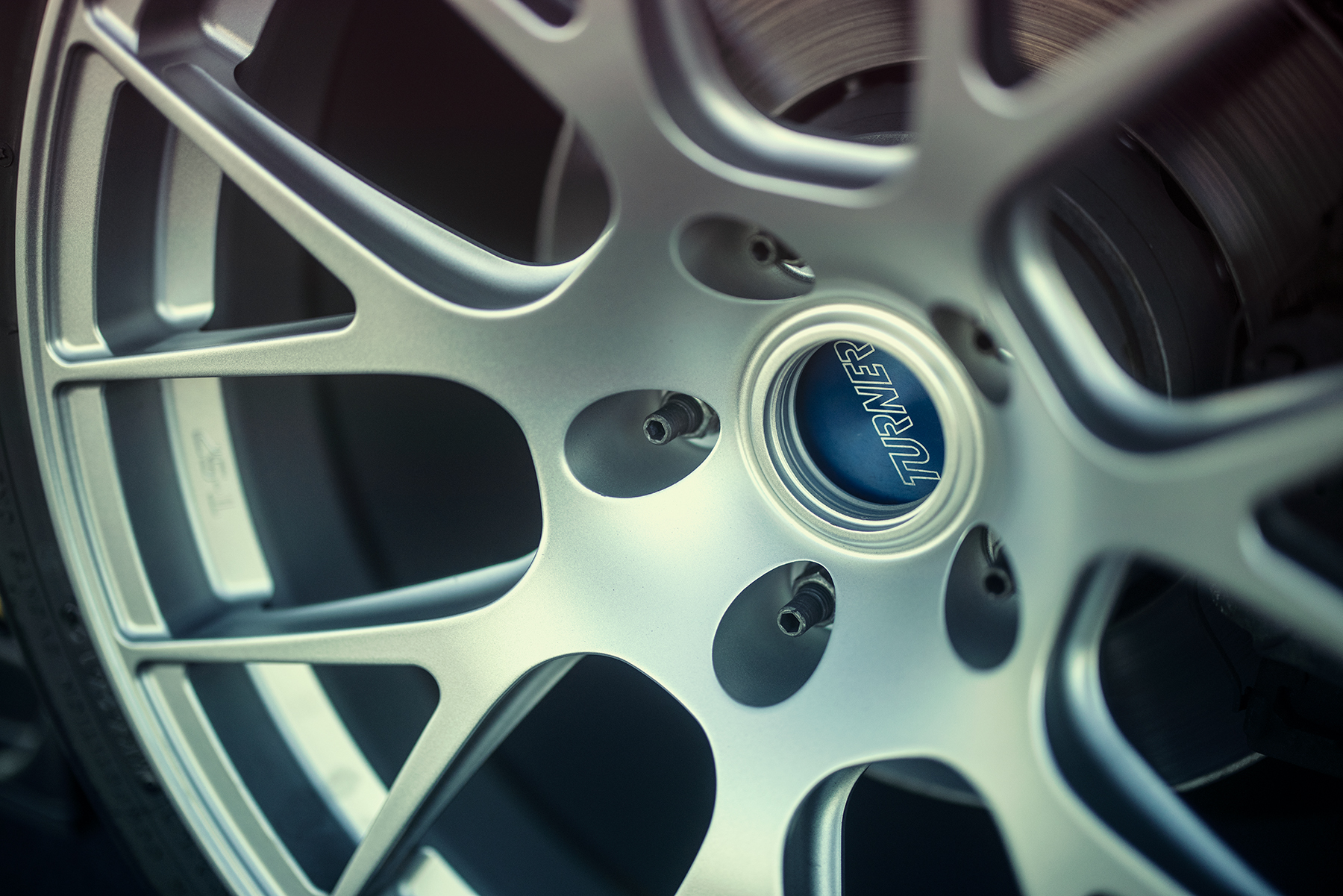 As for how long it will stay "50 shades of Dakar" is anyone's guess, but it's a thrill to see the car return to life, and to the track for which its built. It's also rewarding to see "Papa Geoff" back behind the wheel of an E36... even if it's only temporary. I'll keep my fingers crossed he holds on to it long enough for me to chase him down in mine. 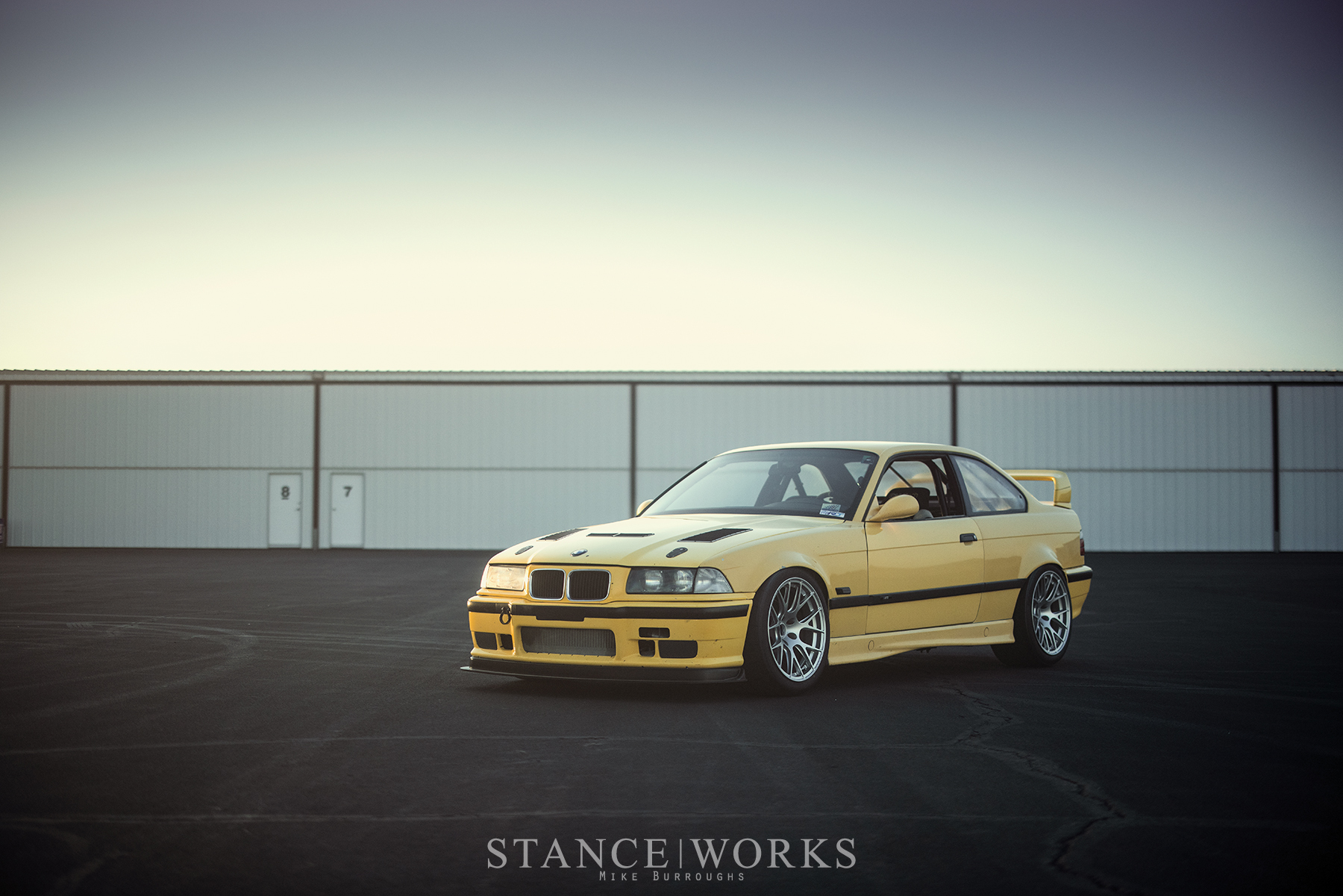 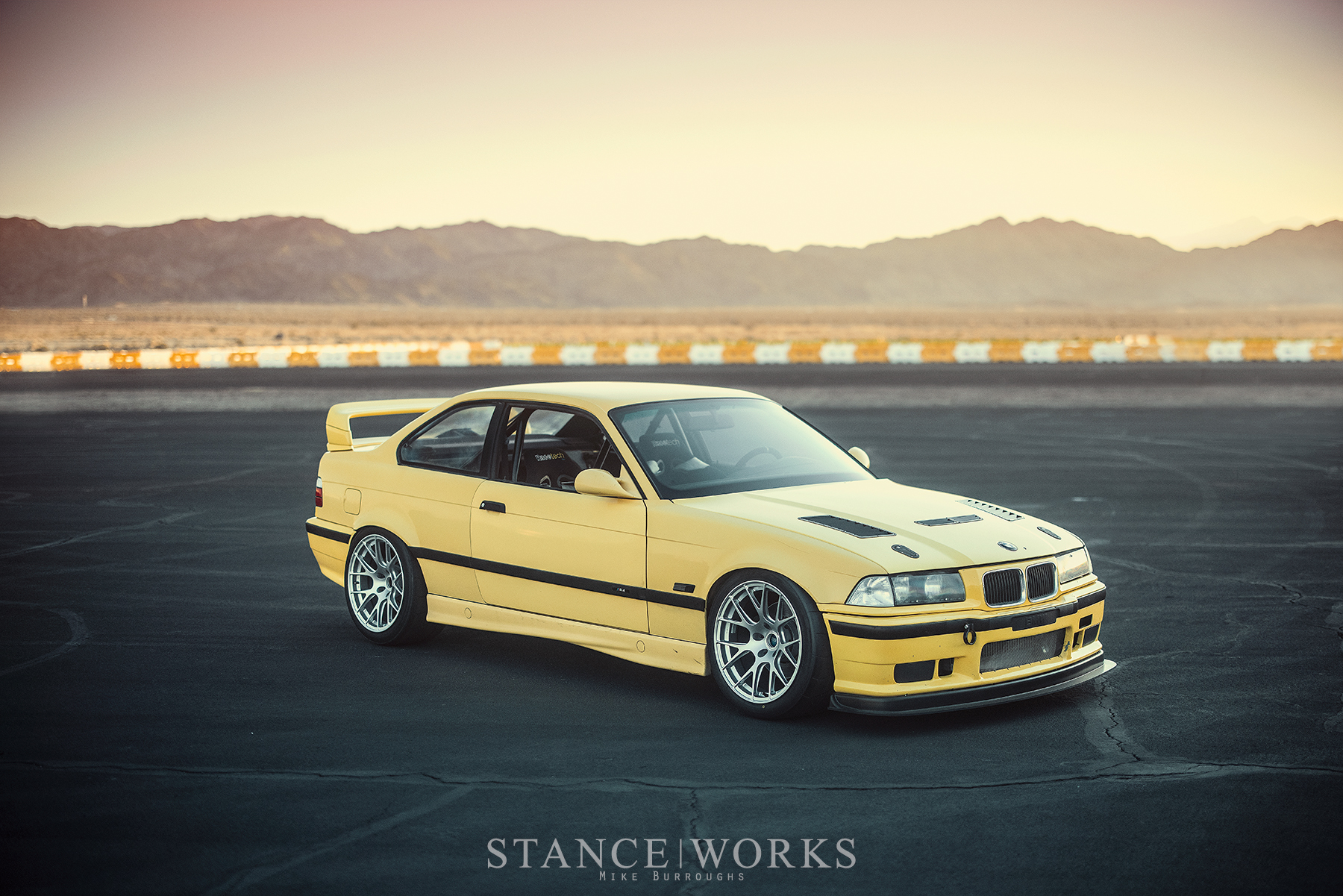