It's hard to deny: the Volkswagen Type 181 -- officially known as the VW Thing in the United States, is one of the greatest oddities ever put into mass production. As part "jeep," part Beetle, and part... appliance, it proves hard to label, providing ample justification for its unimaginative, if not hilarious name. It's one of the few cars children can draw accurately, thanks to its hard lines and utilitarian shape, yet it somehow carries about a certain charm. The convertible top and fold-down windscreen make for an al fresco driving experience that is more akin to a motorcycle than anything else... in part thanks to the aircooled engine that sits at the Thing's back end. The floor pan is shared with the original Karmann Ghia, while the mechanicals are sure to be familiar to any Beetle and Bus owners: it's a Volkswagen through and through... which makes Luigi Di Gioi's take on one an unsurprising success. 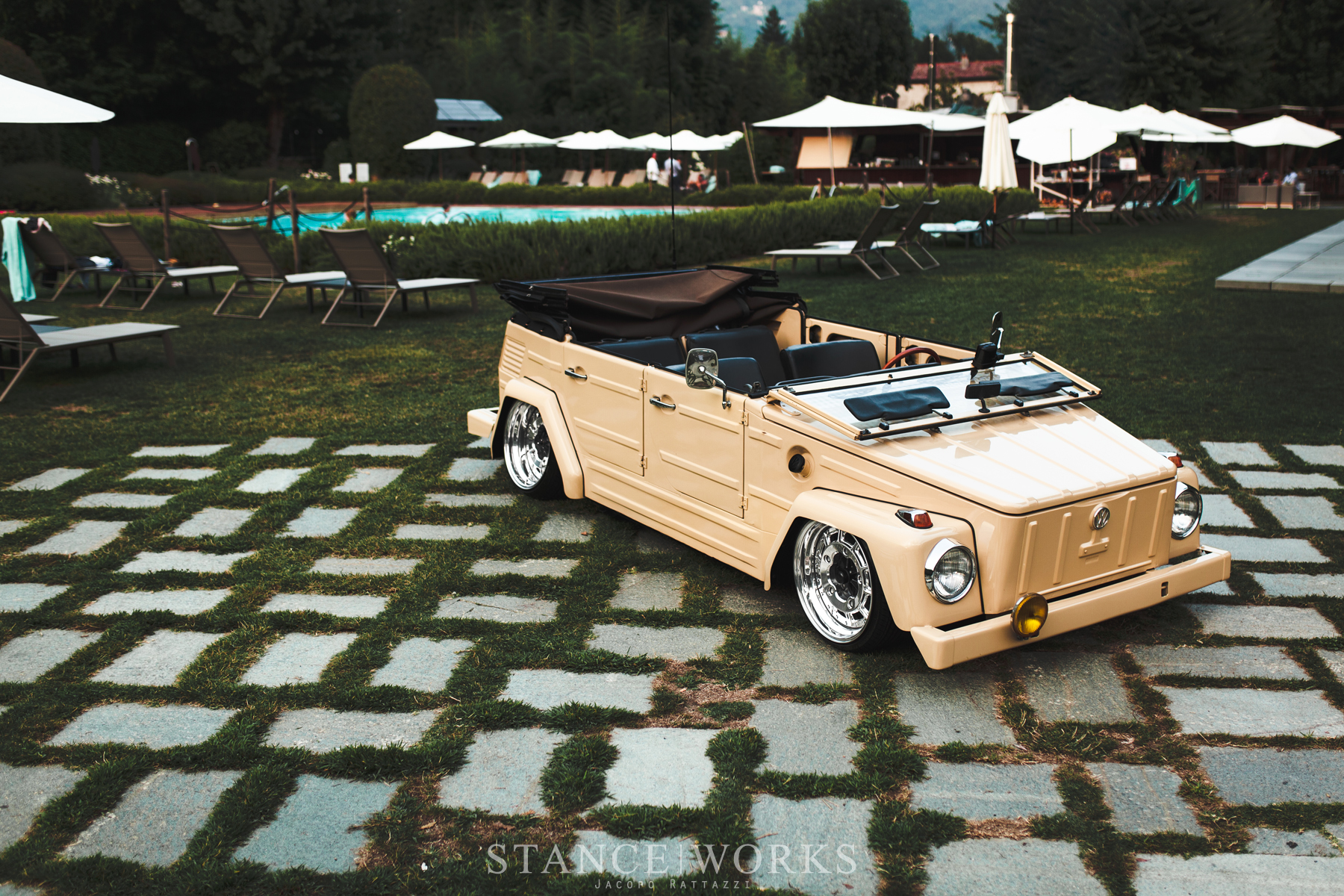 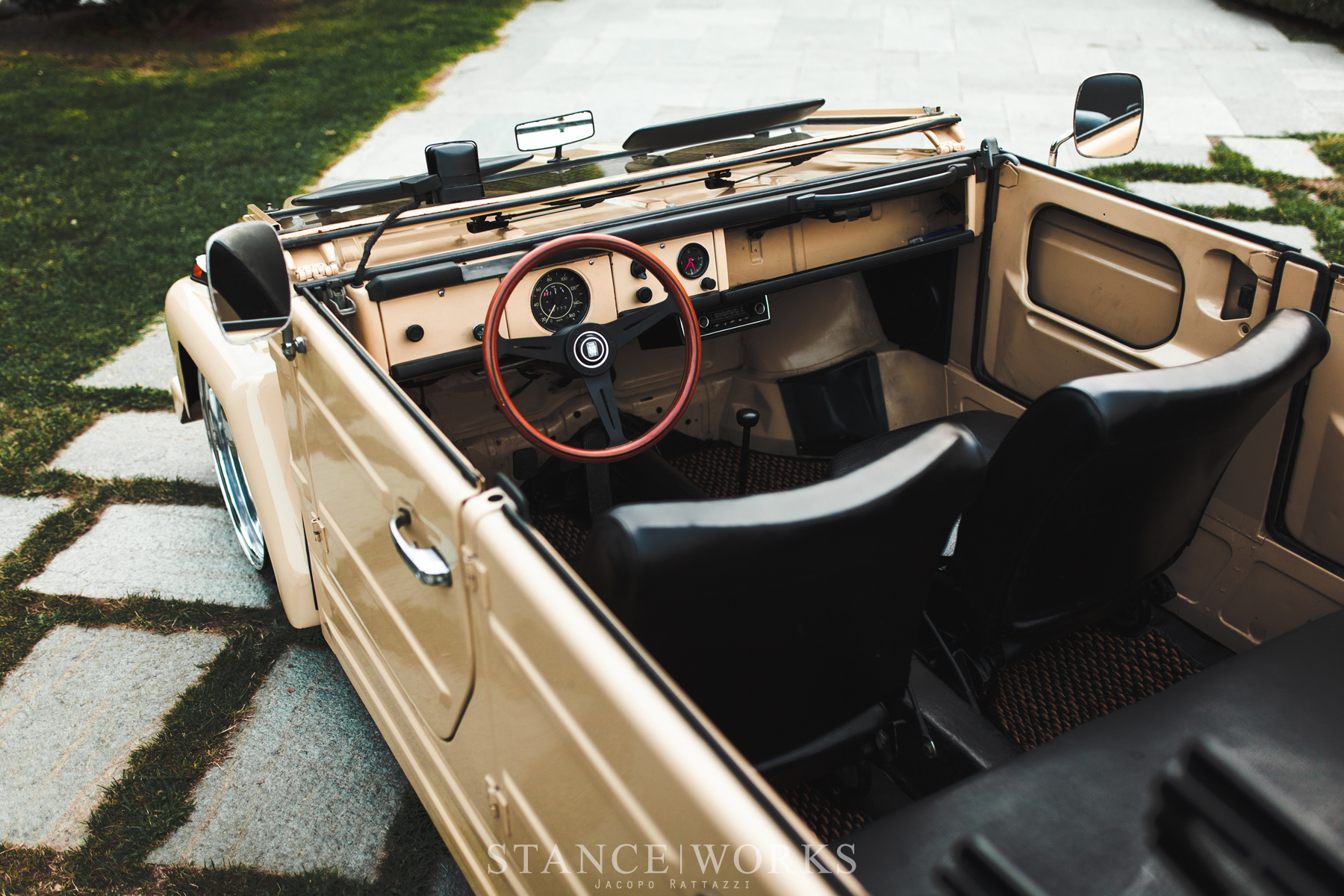 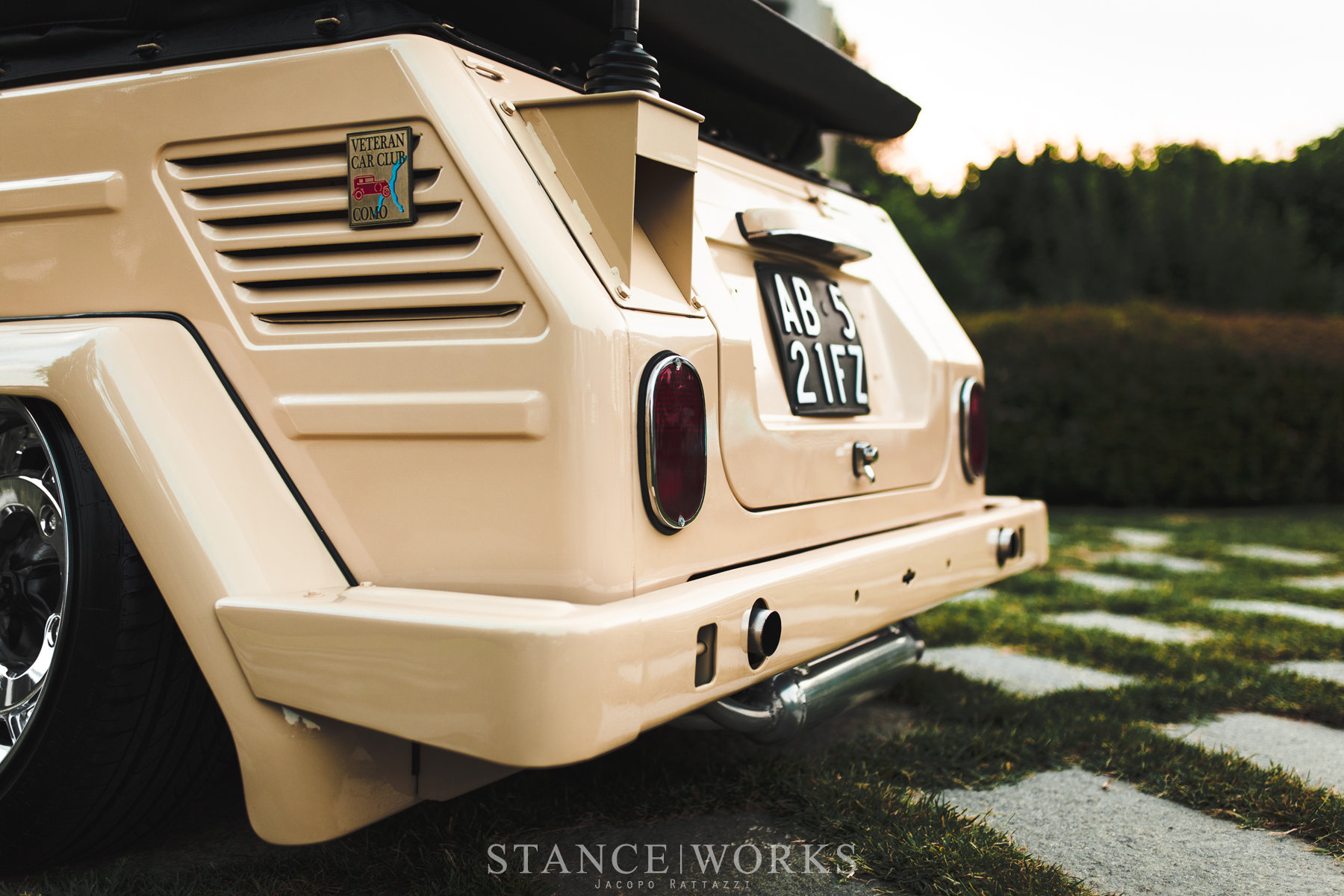 Luigi Di Gioia made his first appearance on the StanceWorks homepage last summer with his 1964 Type 1 Beetle. Some parts, even, may be familiar, as they've made their way from one project to the next. Having accomplished what he set out to with the Beetle, he moved on to the Type 181 at the beginning of Italy's Covid lockdown, early this year. Having found an example that had been used by an elderly gentleman as a hunting truck, it was prime for the picking and ready for the makeover Luigi was hoping to take on. 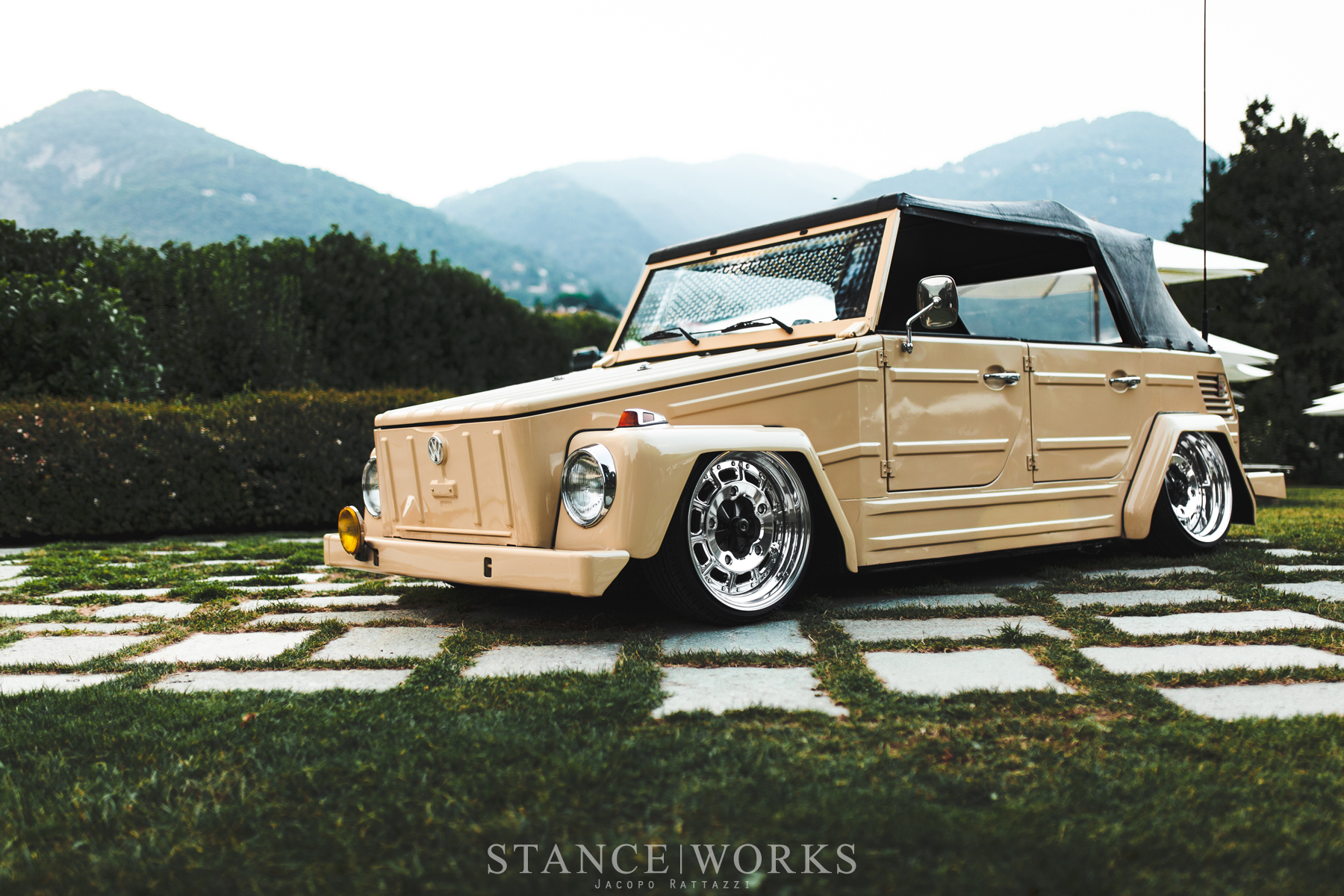 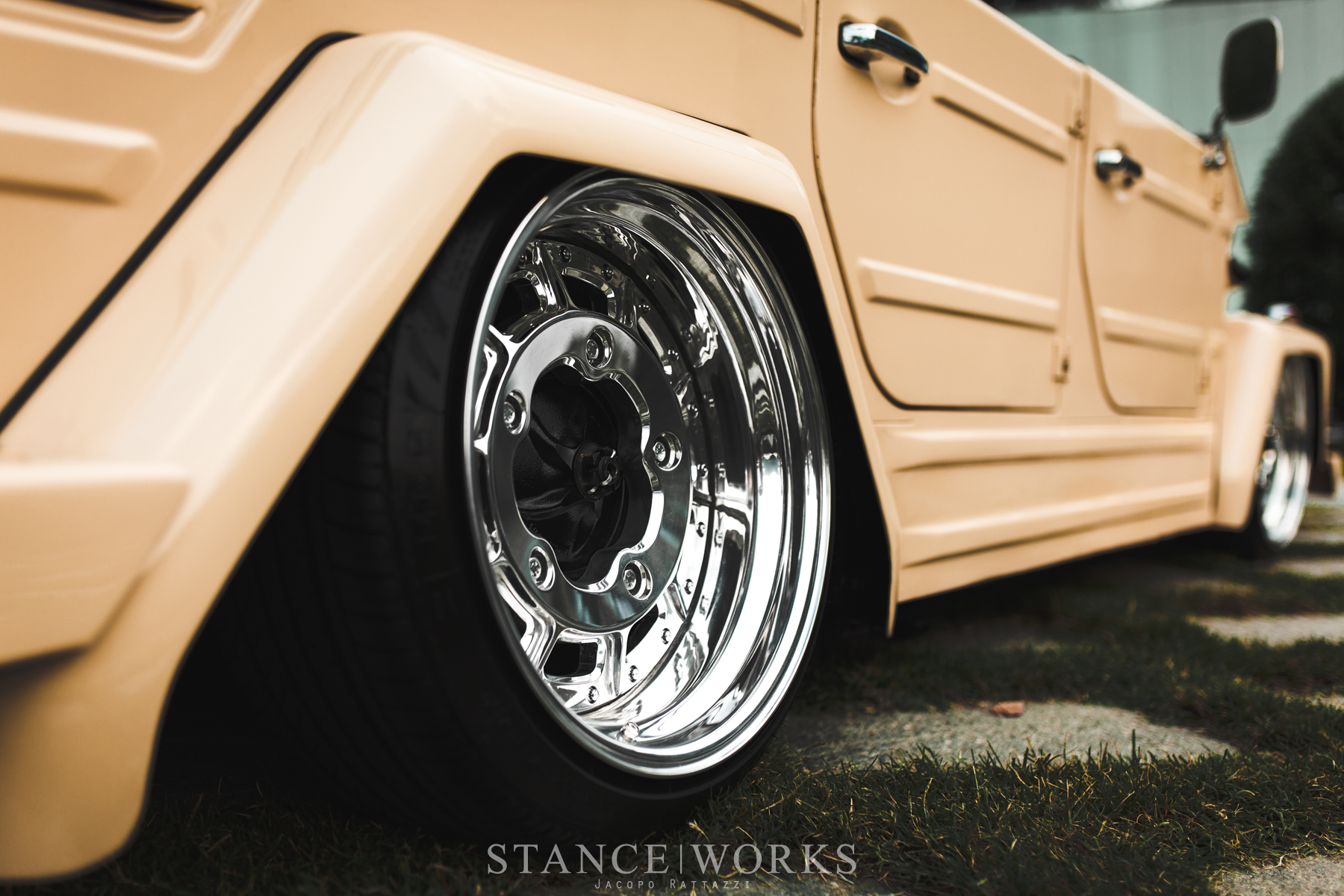 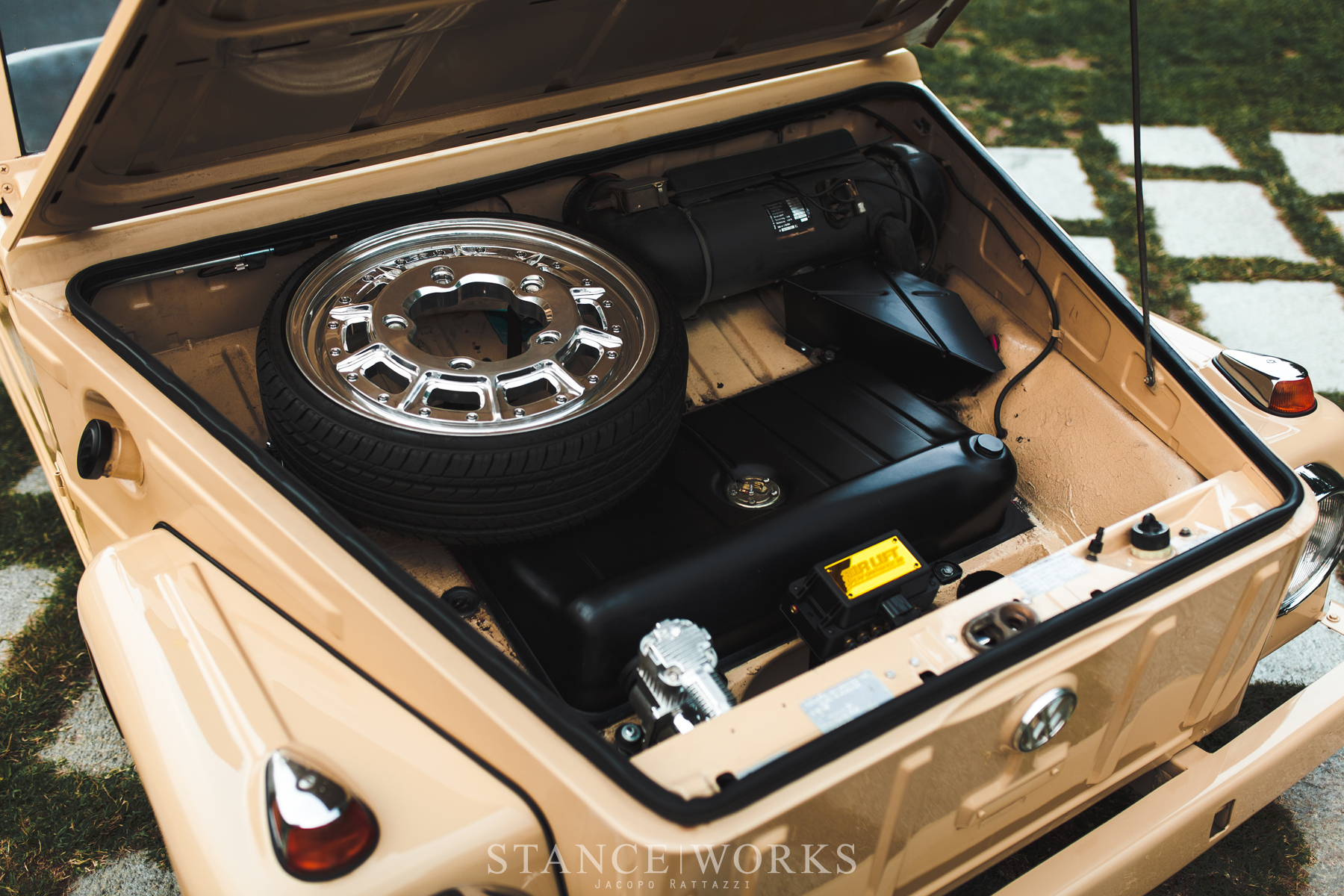 After bringing the car home and to his mechanic at Classic Car Fenili, plans were laid out, and with the lockdown in effect, it would be months before Luigi would see the Thing again. Now though, months later, his vision has been brought to life, and his Volkswagen Thing stands as the star of the show. 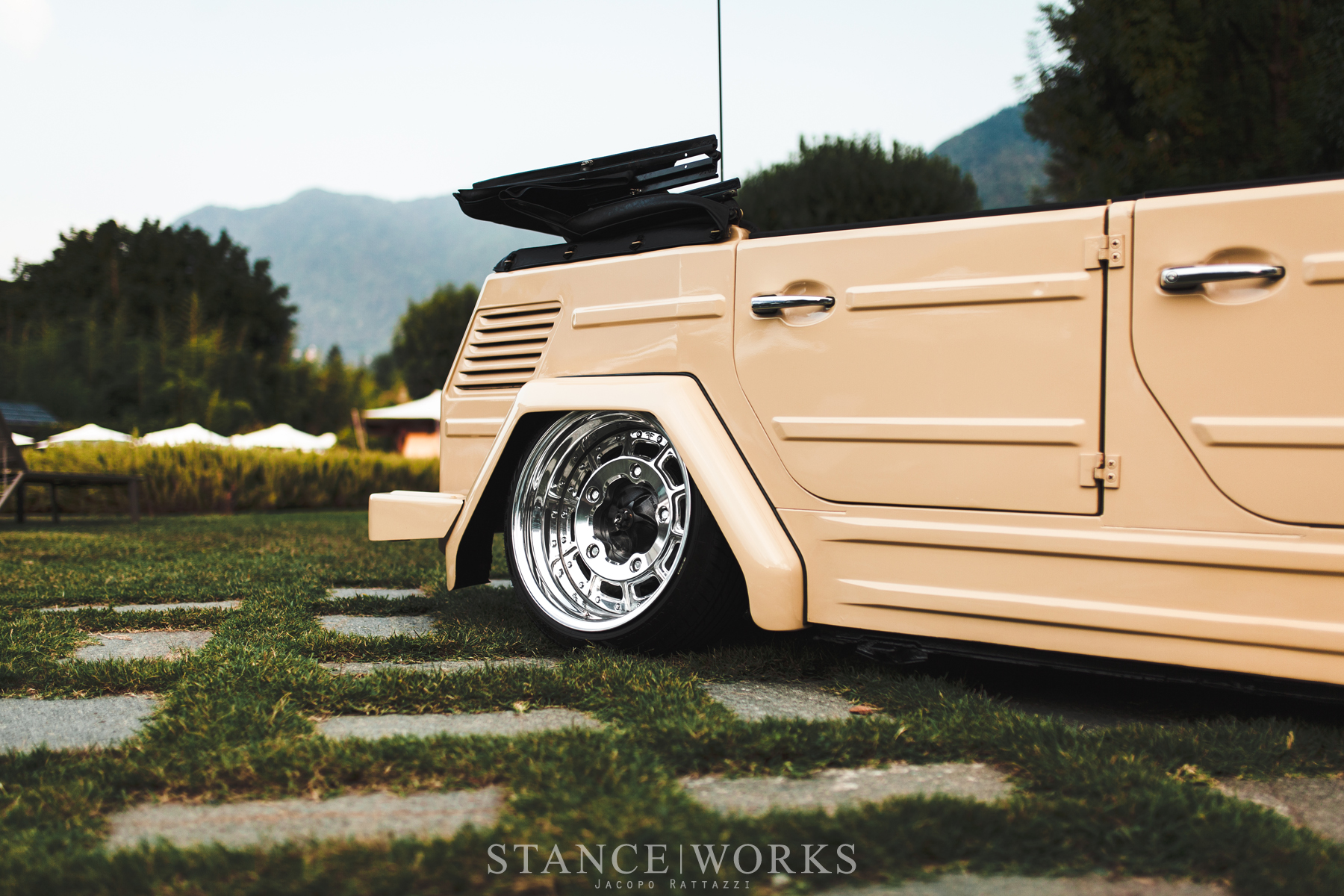 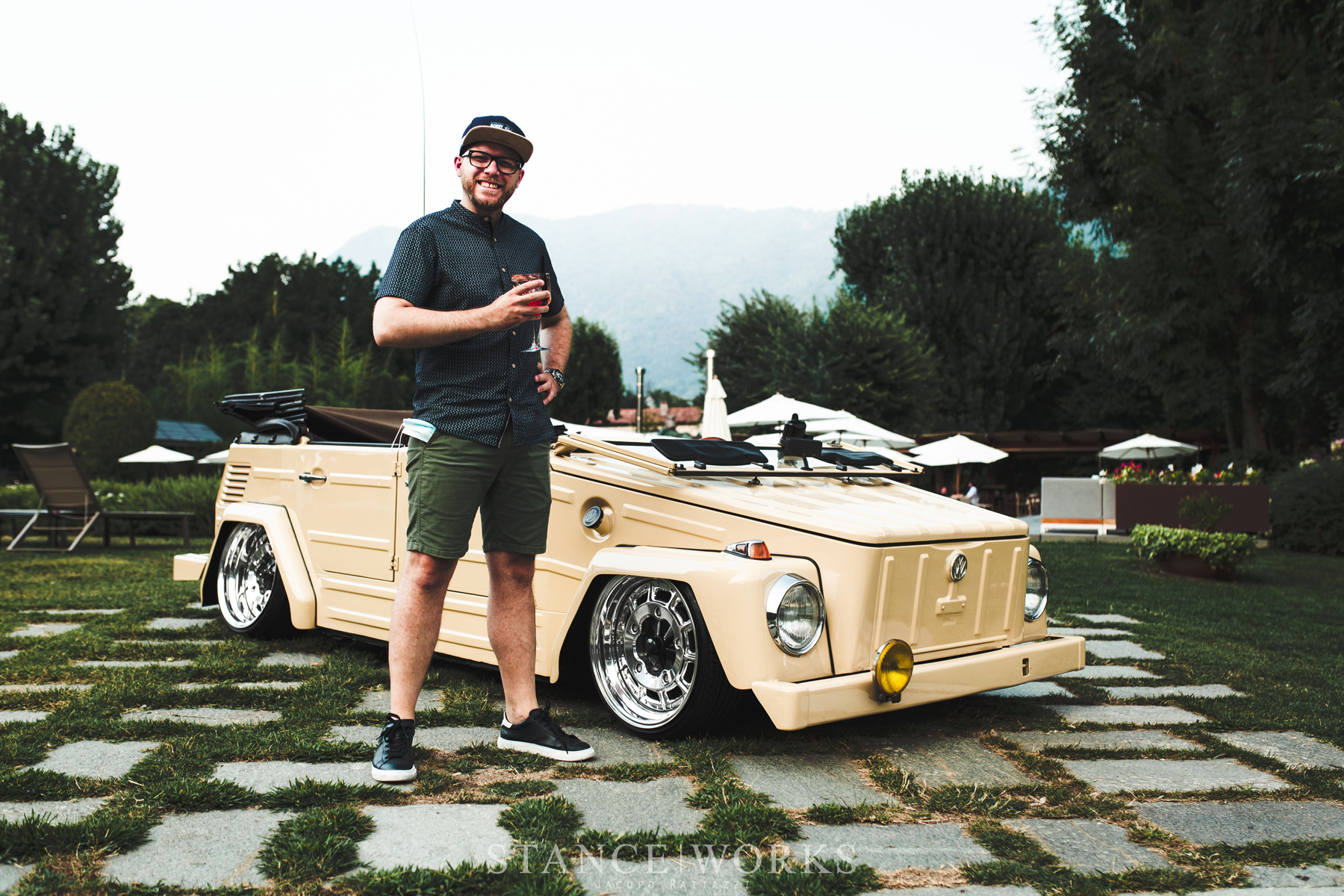 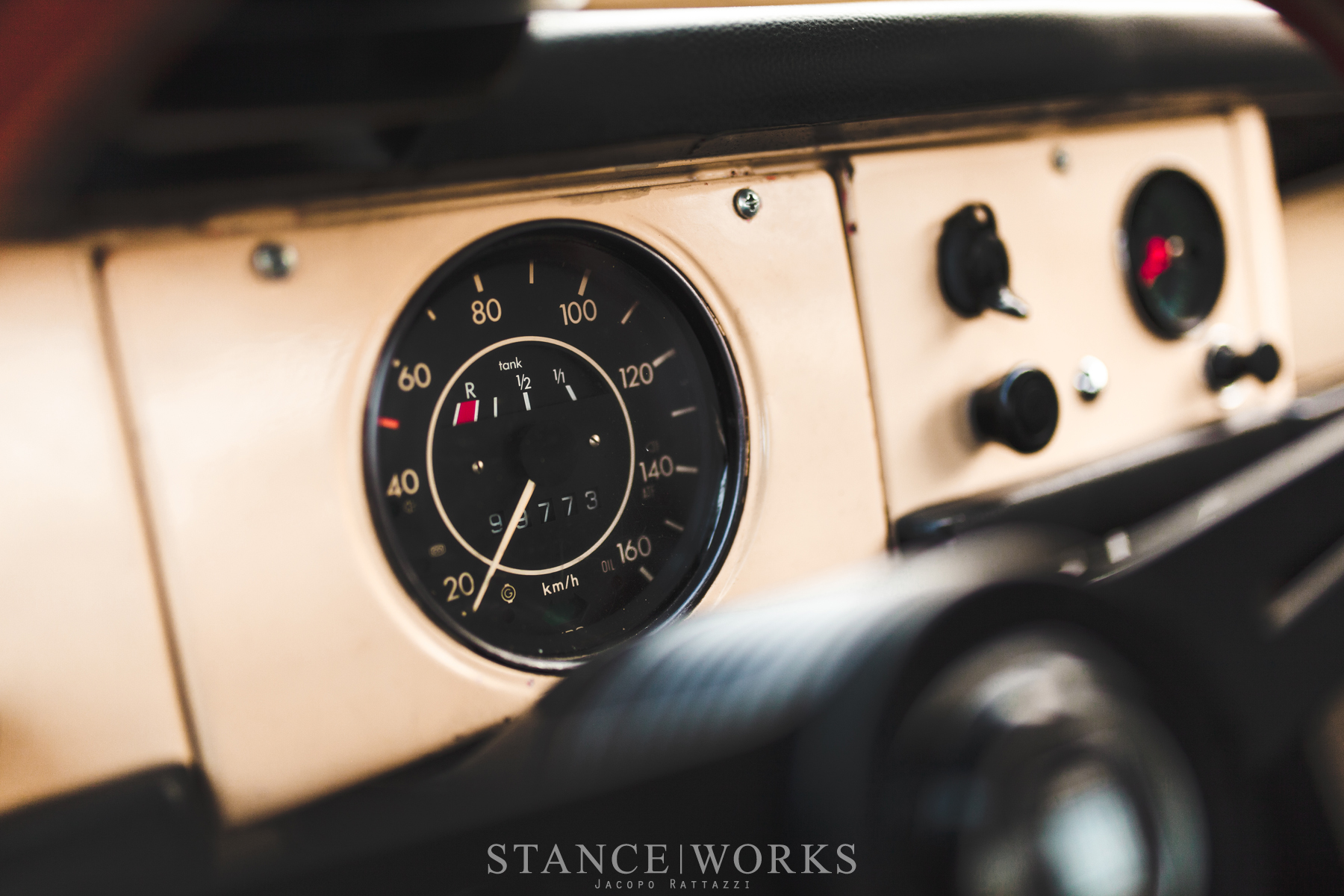 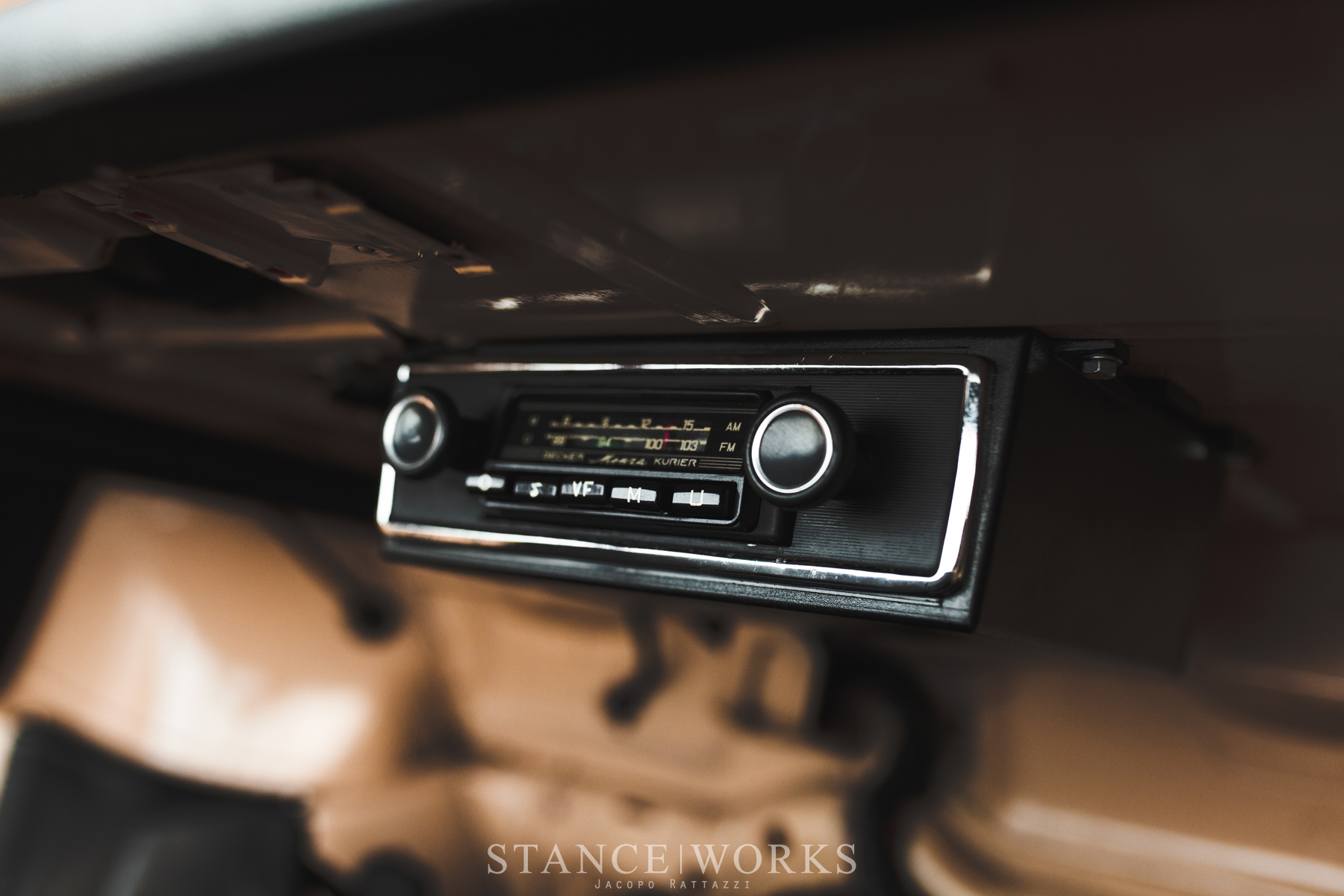 The build began with the car's underpinnings: Luigi's former Beetle was sporting a hopped up and rebuilt engine, so it was pulled and moved to the Type 181 for a perfect starting platform. A Beetle 1.3 gearbox was also used in place of the Thing's low-range variant for improved street driving. Moving on to the suspension, everything was custom-built and tailored to the car. Some parts were able to be adapted from the former Beetle, but nearly everything required custom work in one fashion or another. Custom Loworks Officine axles and Null-Bar suspension components make up the mechanical basis, while an Air Lift Performance 3P management system makes up the basis of the digital side. With pressure-based control of the air ride system, Air Lift Performance's management system is, by far, the most technologically advanced part of the car. With precise digital control, it's also the most usable aspect of the car, too. Luigi's Beetle's Felgen Factory splits were widened even further to accomodate the extra room in the Type 181's wheel wells. 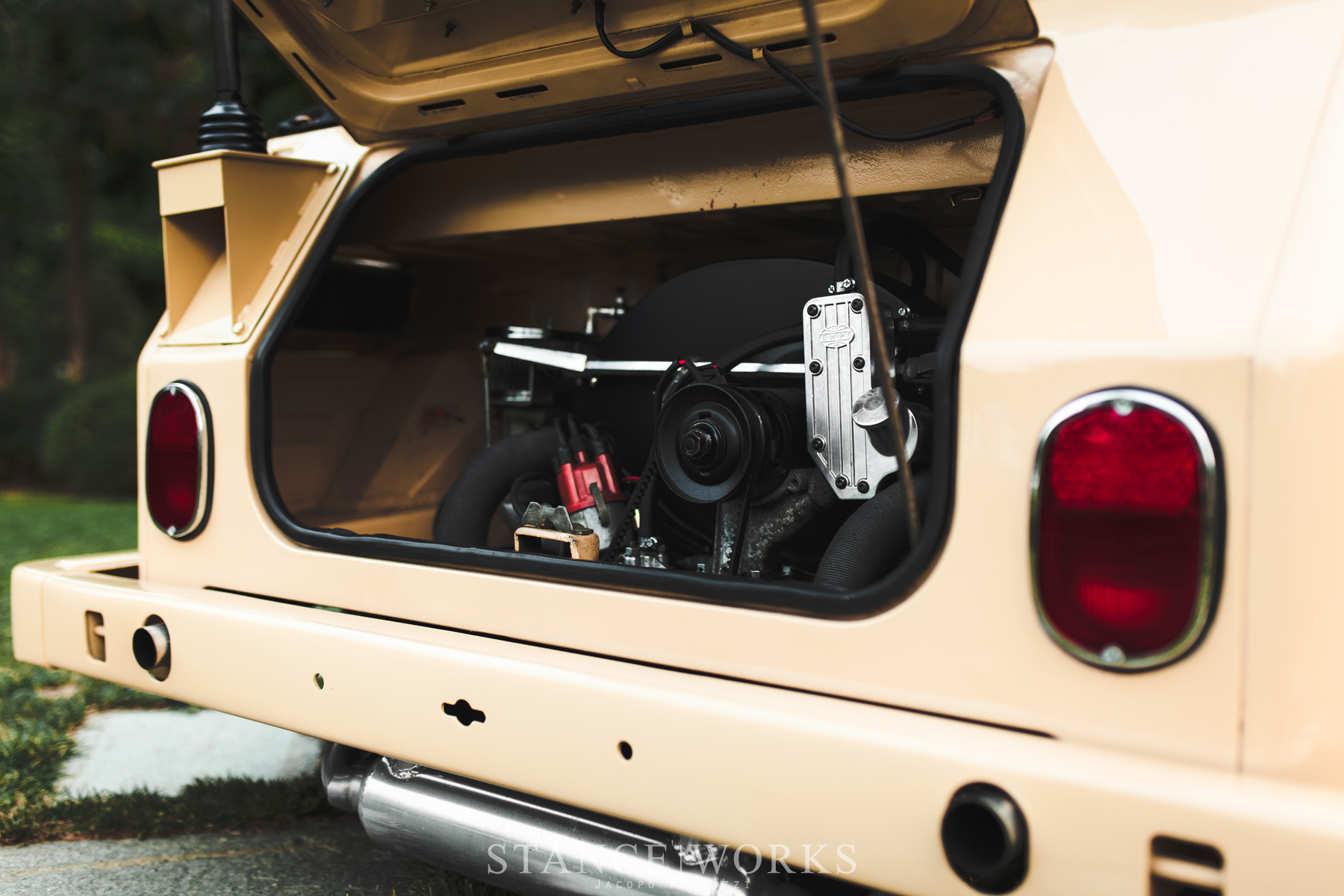 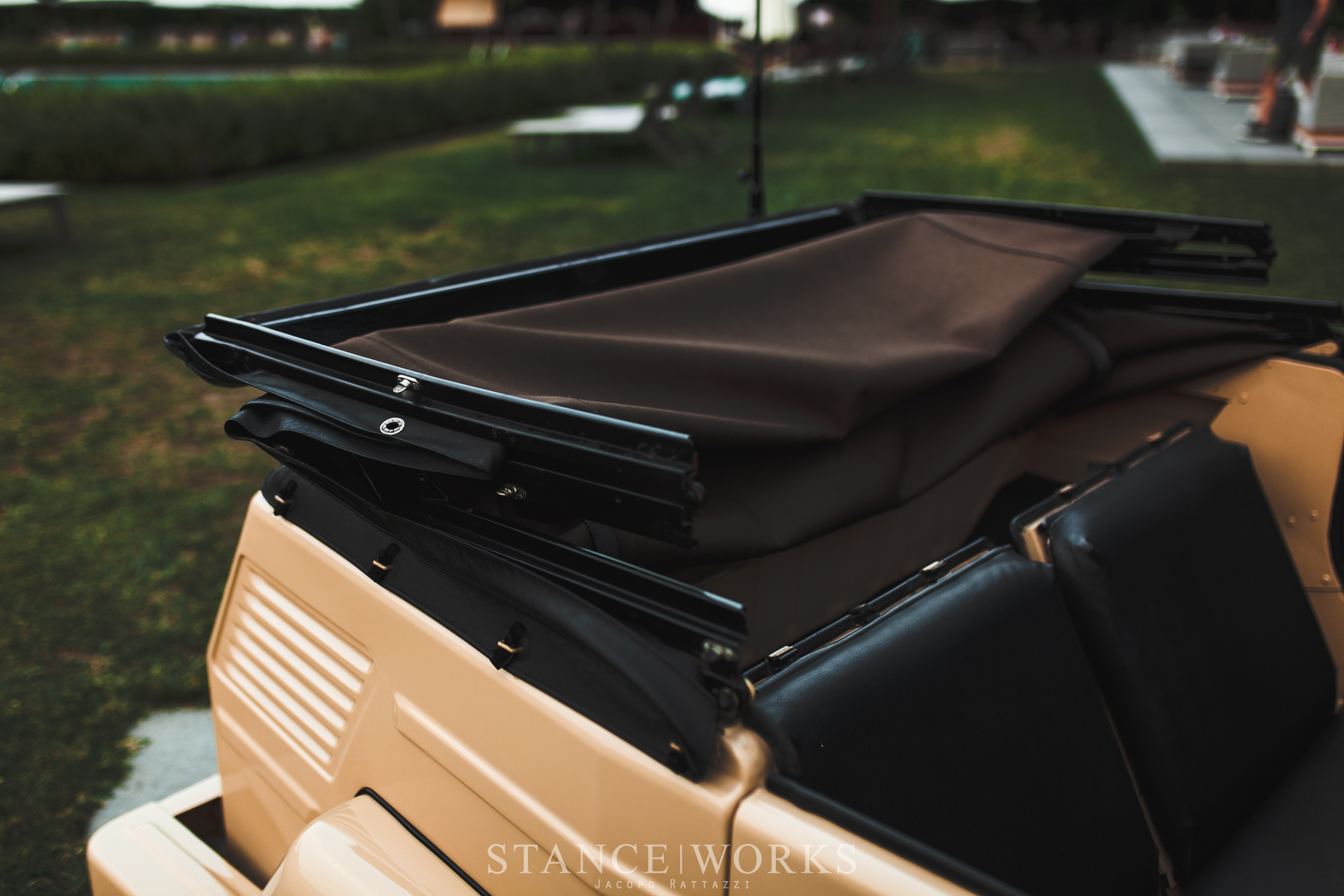 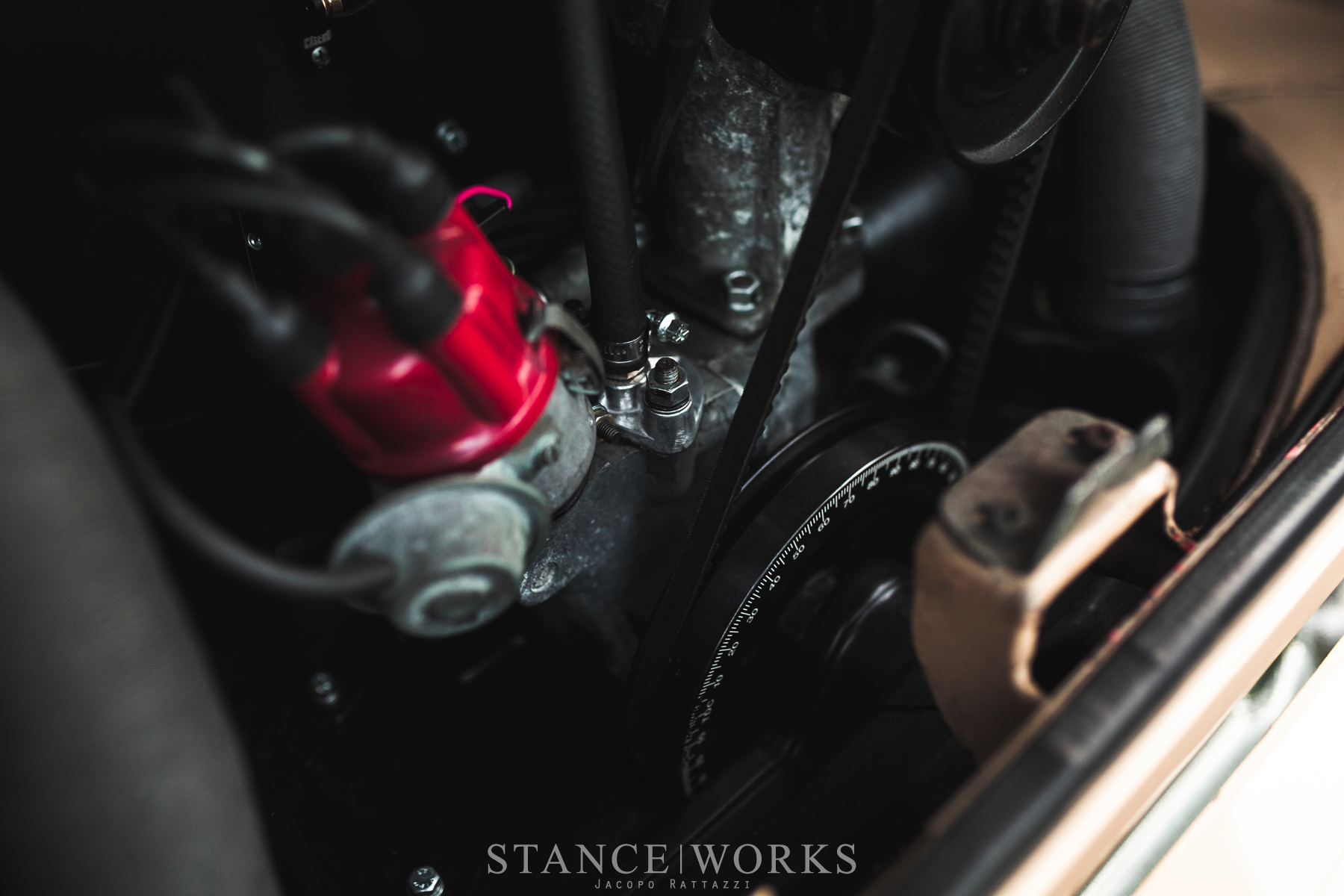 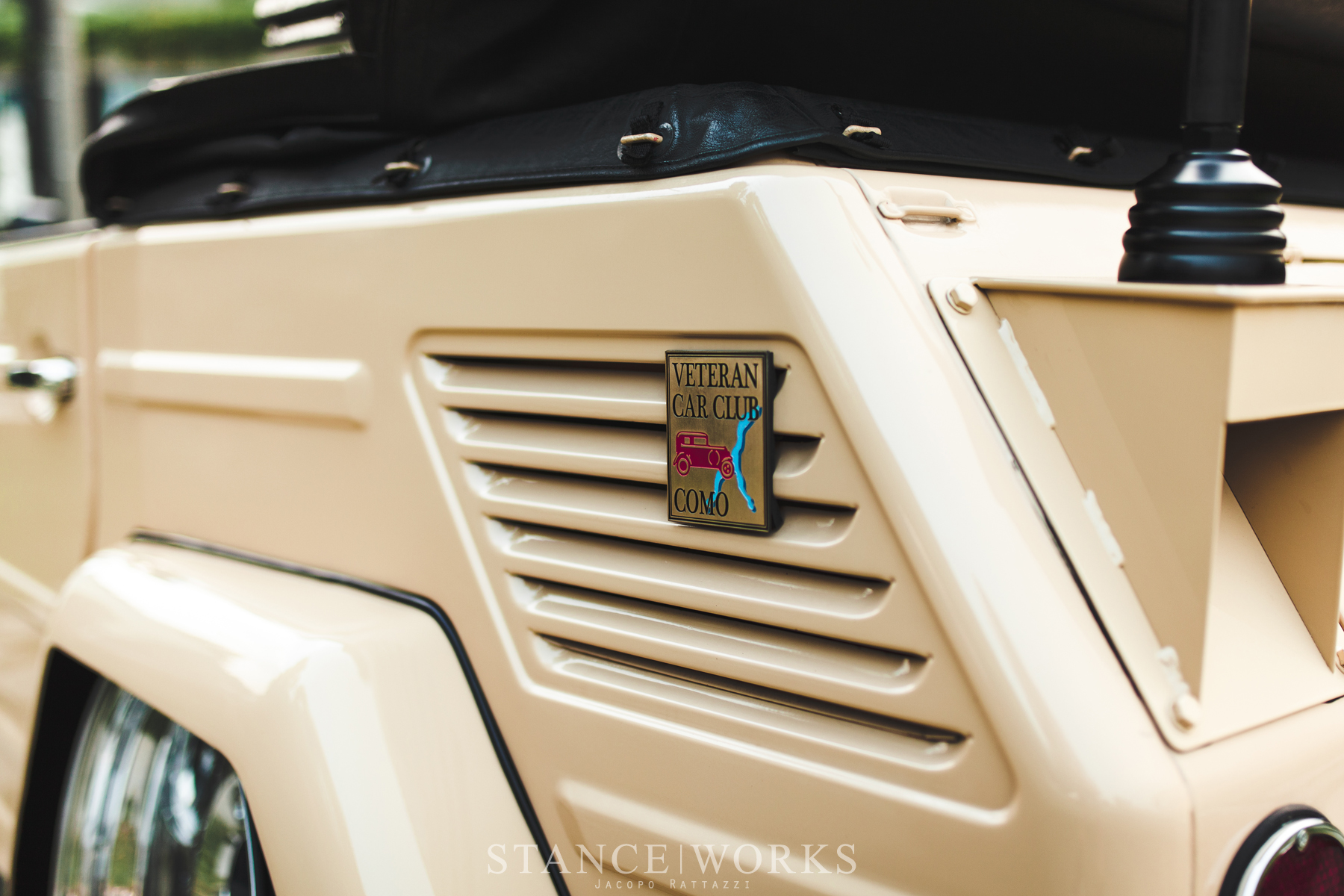 In the realm of bodywork, the VW Thing was original orange, but the previous owner, at one point or another, decided that tan was a better look. Luigi, content with the color change, set out to restore the paint, which brought it back to life. Inside the car, a similar approach was taken: the original seats were left in place, but given a deep cleaning and brought back to on-par with the rest of the car. A Nardi wooden wheel has taken place of the massive original steering wheel, and a Becker-Monza vintage radio sits in the dash to provide tunes. 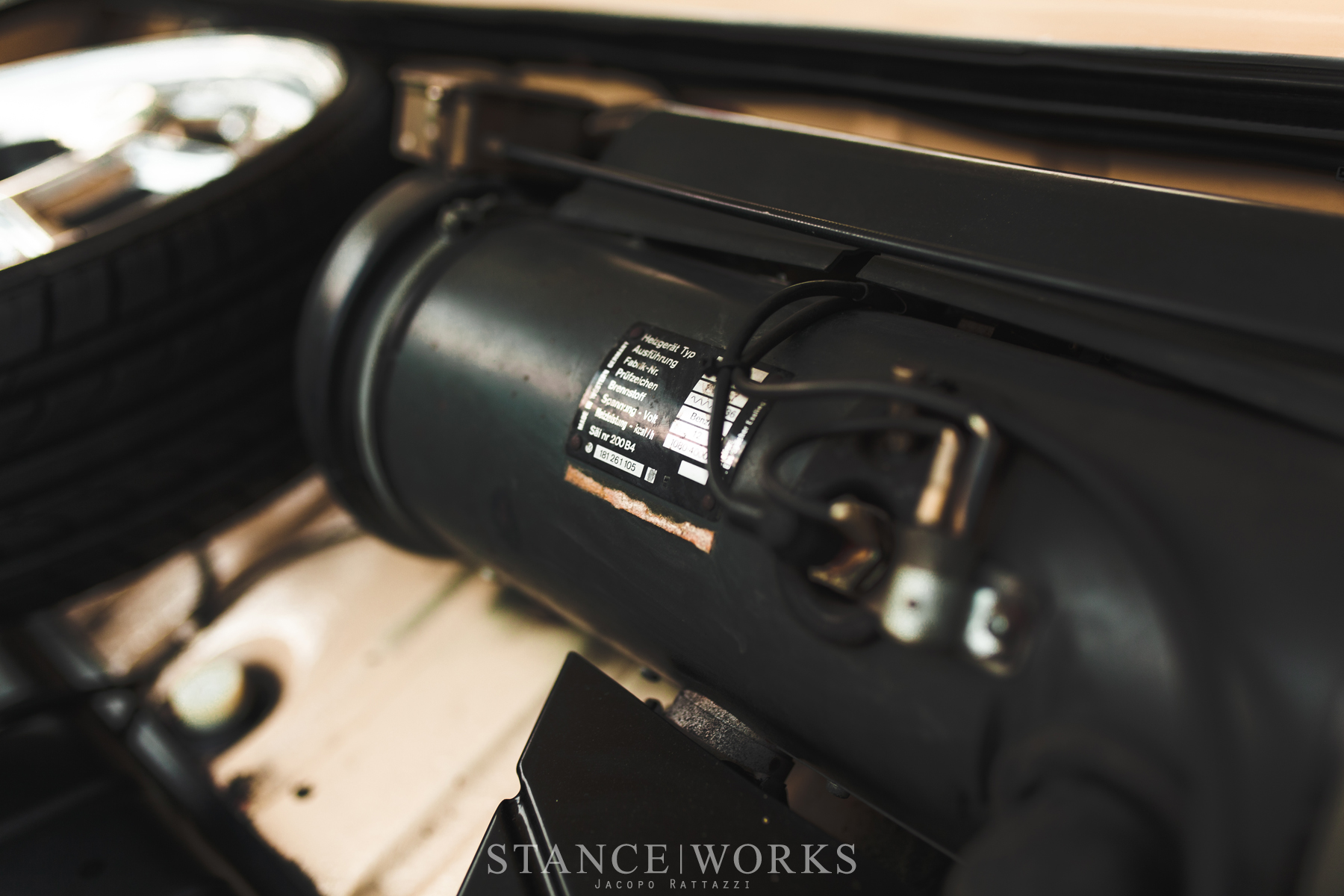 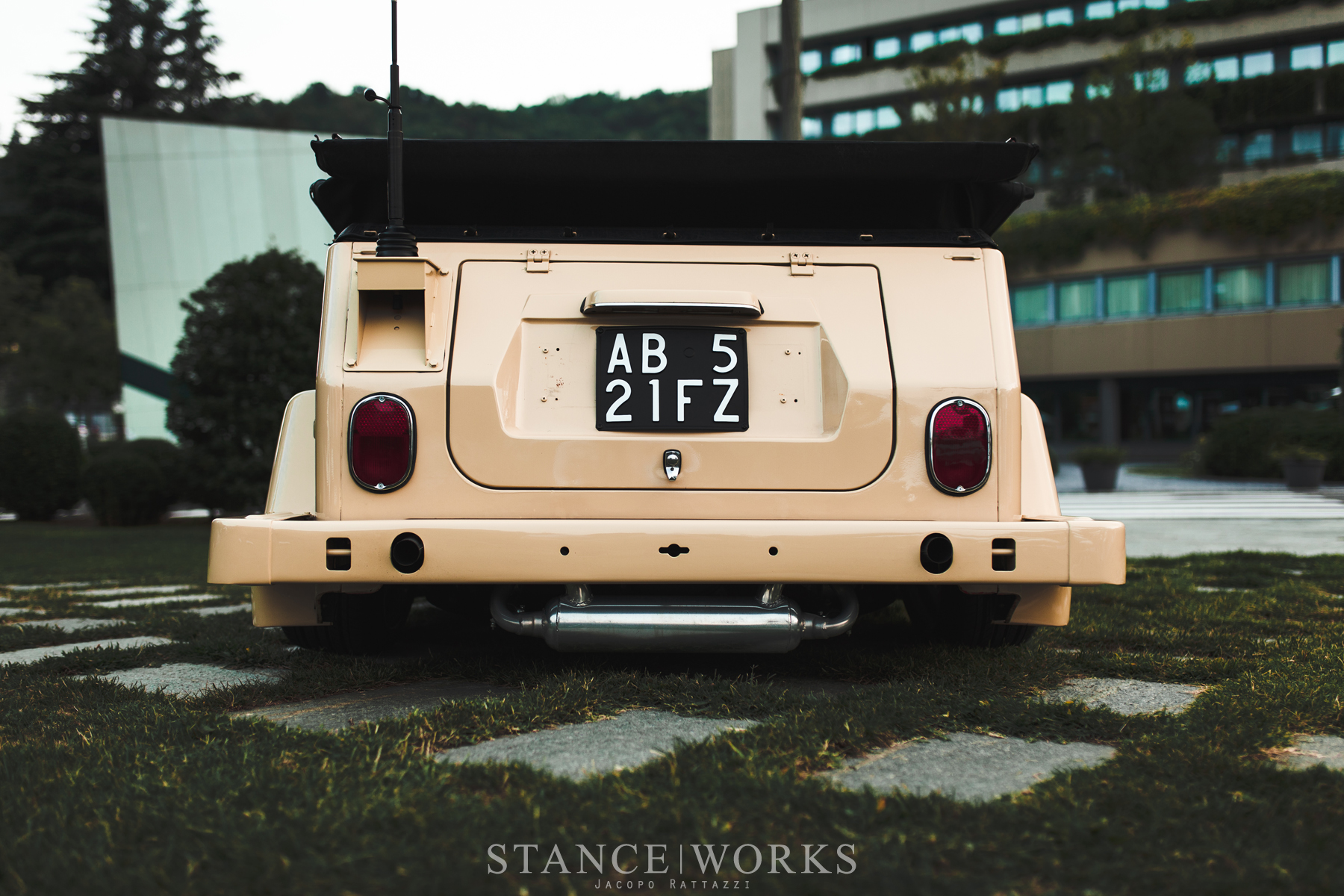 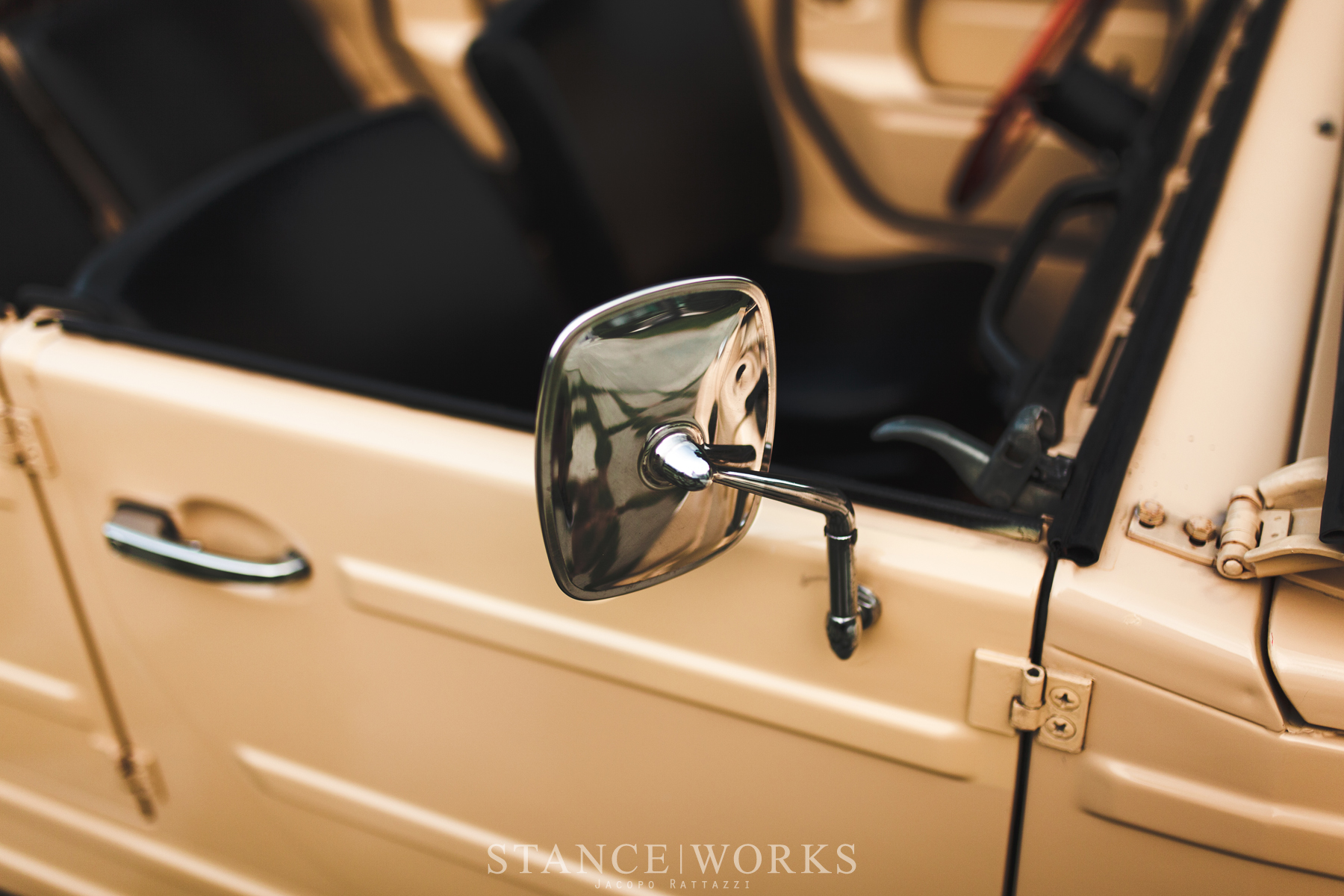 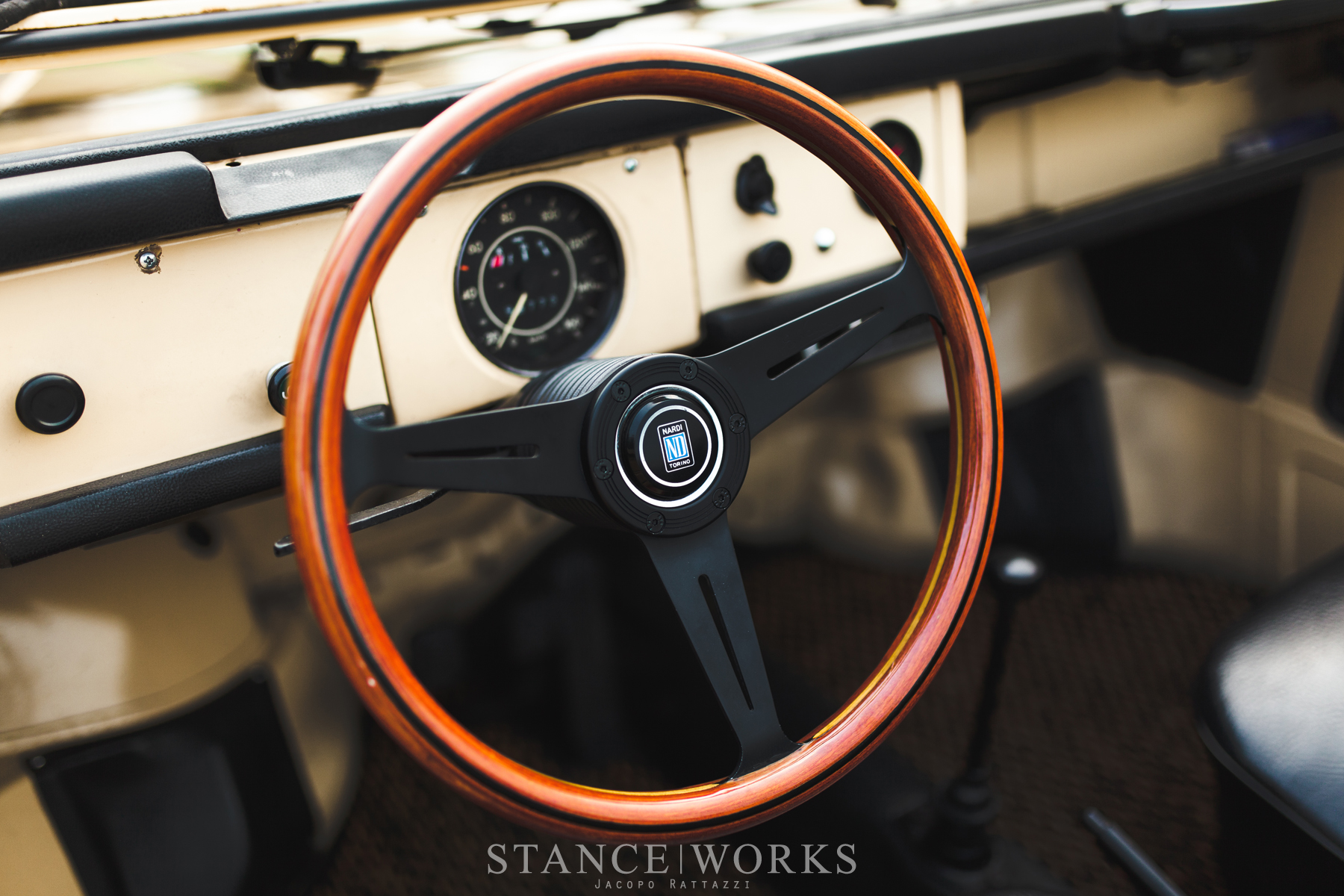 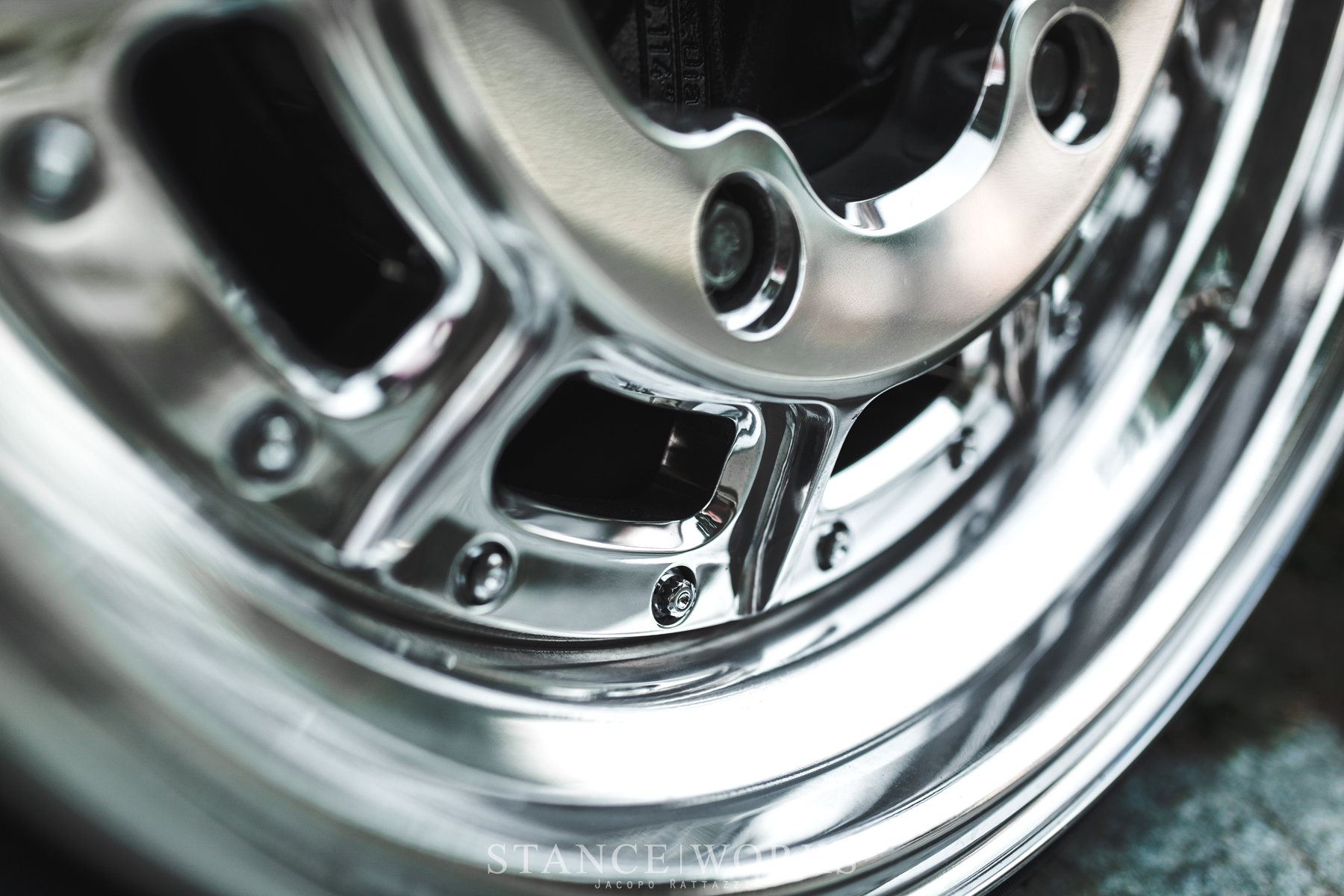 Luigi's Thing has come together as a complete package, however minimal it may be at its core. Even Luigi knows it: "My favorite part about the car is how stupid it is, with its unconventional design," he exclaims, knowing full well that the Type 181 is as silly as it gets. Nevertheless, though, the 181 deserves its time in the spotlight, and Luigi's is certainly worth its time on center stage. As an aircooled Volkswagen at its core, it belongs planted firmly on the ground, and its undeniable that Luigi's Beetle treatment works just as well on one of the most unorthodox cars ever built. 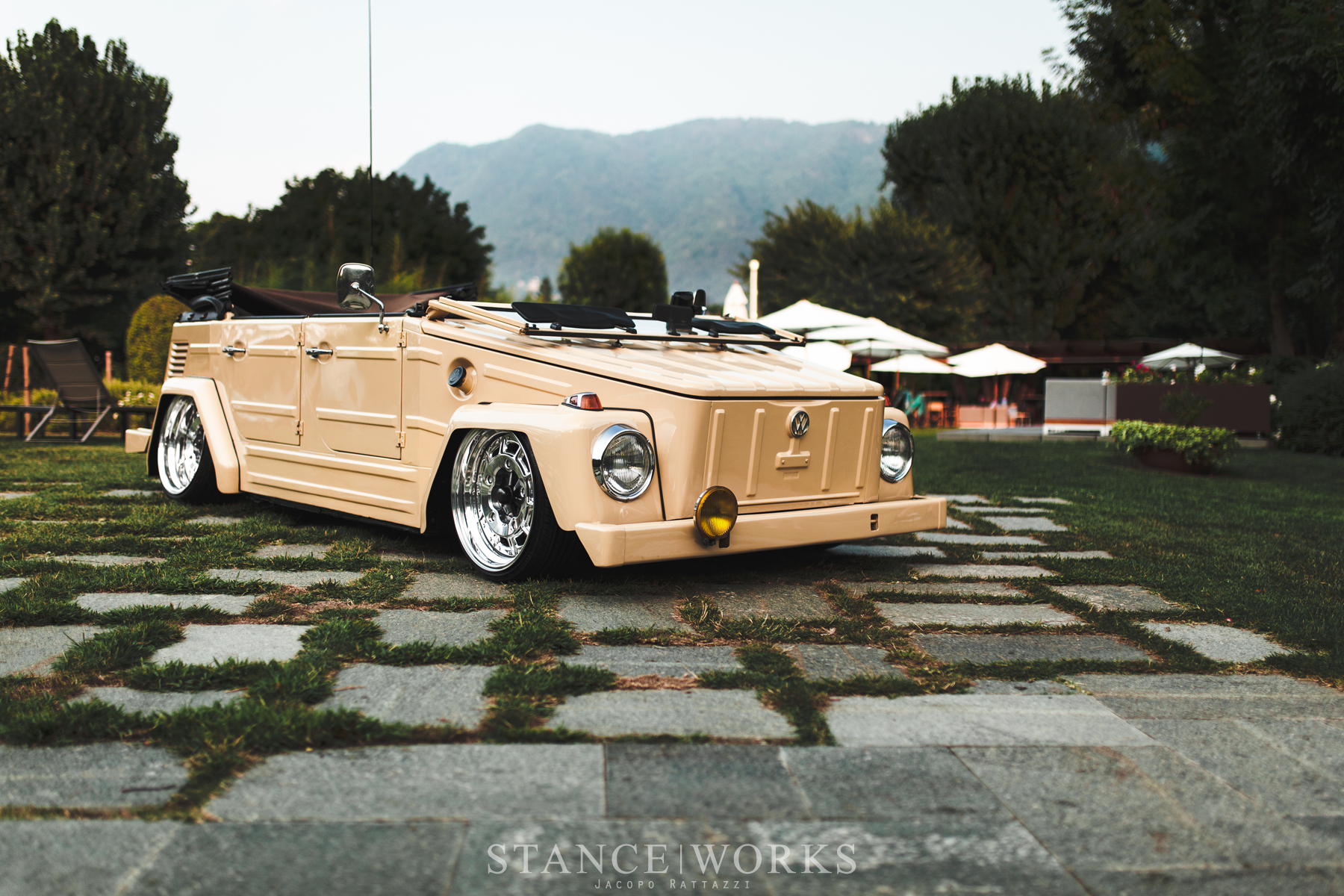 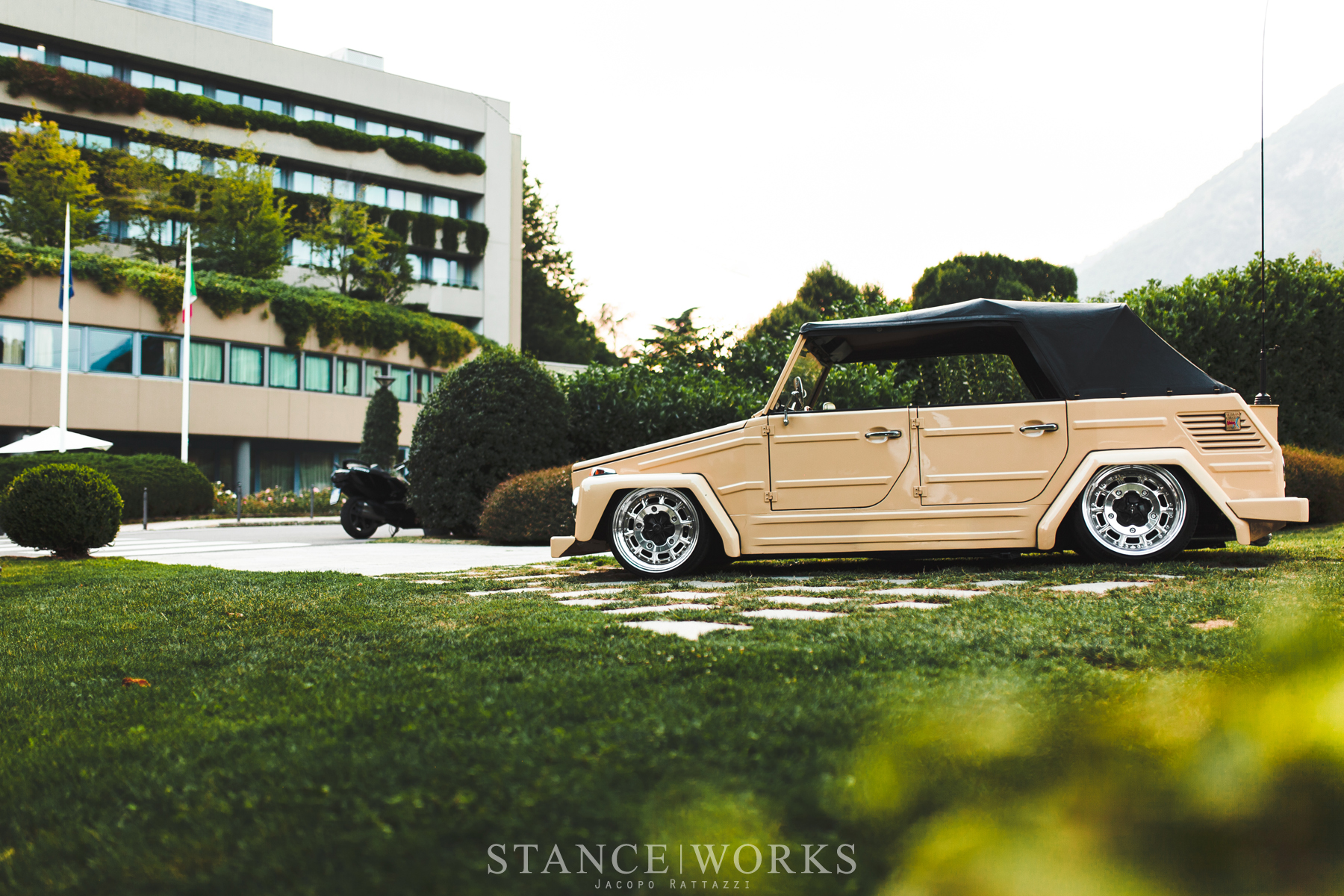 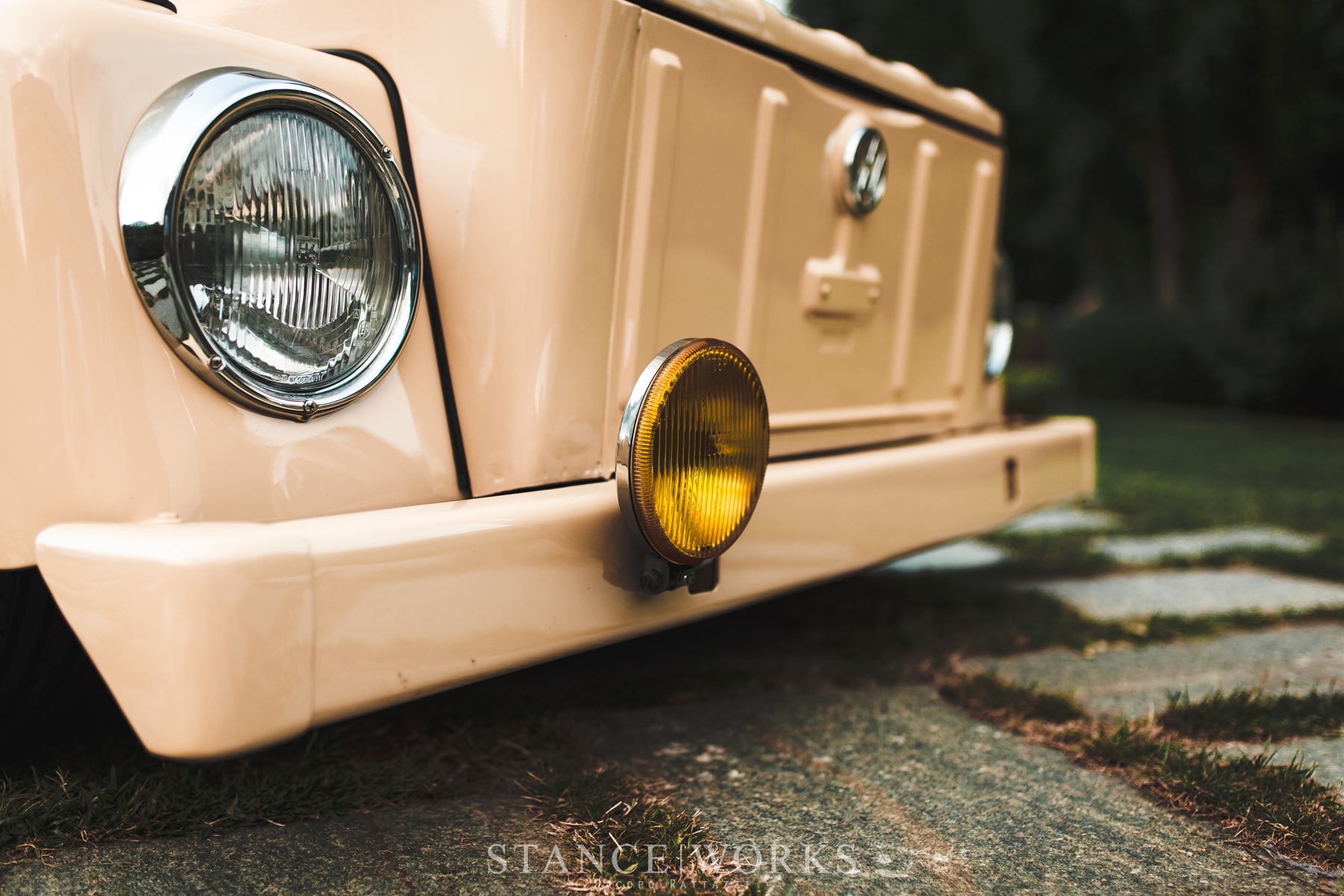 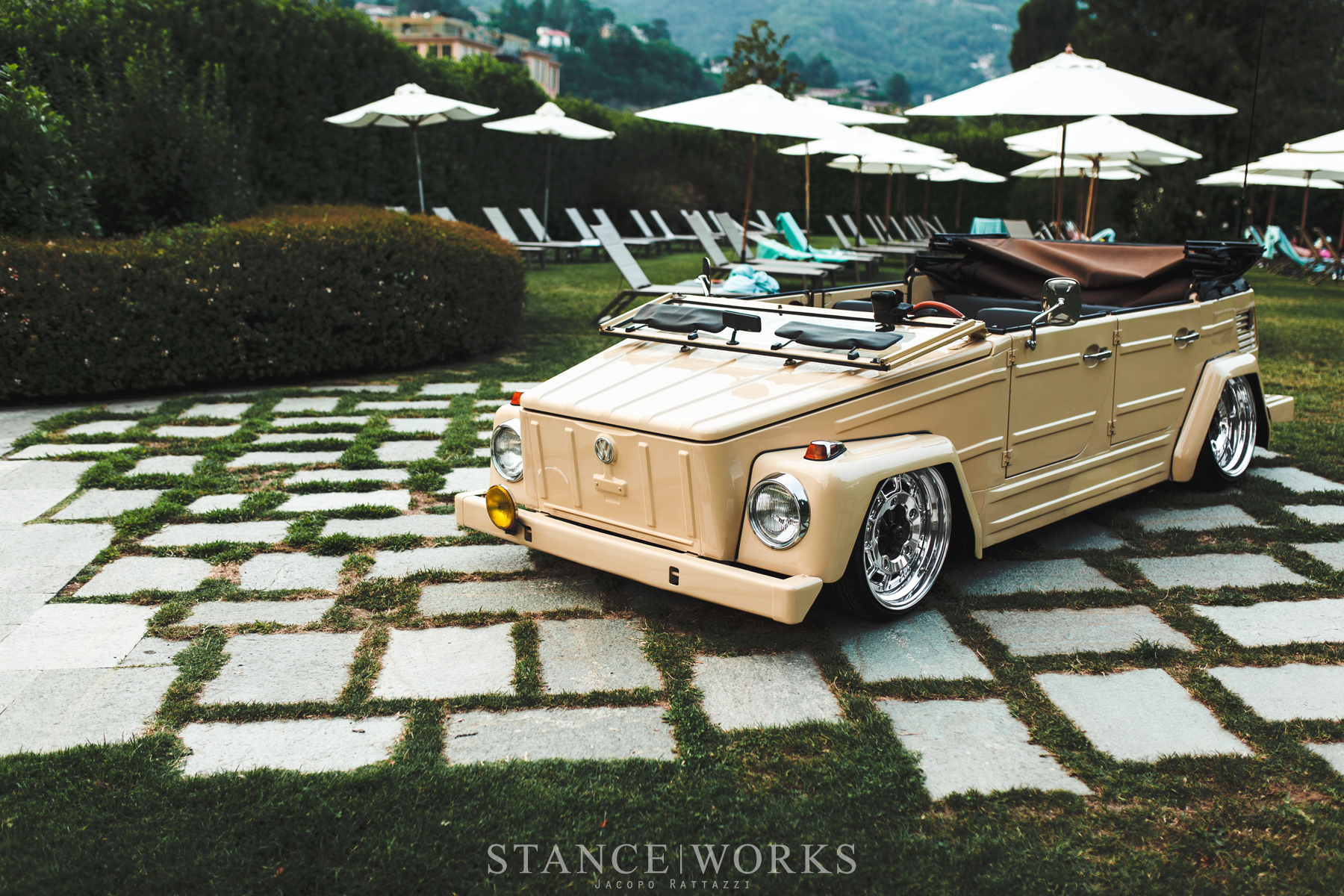