With the COVID-19 shutdowns, it seems like much of Southern California has crawled to a halt. While the shop has been busy, the inability to escape on the weekends has led to an increase in personal productivity in the shop itself. I've found myself focusing on the Model A, aiming to bring it to the point of true "completion," with hopes of driving it far more often than I do at the moment. To get there, though, means tackling that last 10% of the build, and as many can attest to, the last 10% can take 90% of the time. The most recent changes to the A include a new intake setup behind the grille to shield for MAF wash and to increase filter size, a new, larger 88mm blower pulley, and a complete fuel system revision, for starters. We're on the home stretch, though, and last week, the A put down a whopping 730 horsepower to the rear wheels, running on E85 with 13 pounds of boost. All that remains is one final dyno session for drivability tuning, and it should be ready for street duty.

With the changes to the mechanicals of the truck, I felt inspired to make a change to the aesthetics. I contemplated coating the body of the truck in a number of different coatings, but eventually landed on Fluid Film, which lies somewhere in the WD-40 category of corrosion protectors and lubricants. The resulting "wetness" has turned the cab black as night, and while it's a major change to adjust to, I am quite happy with the result. 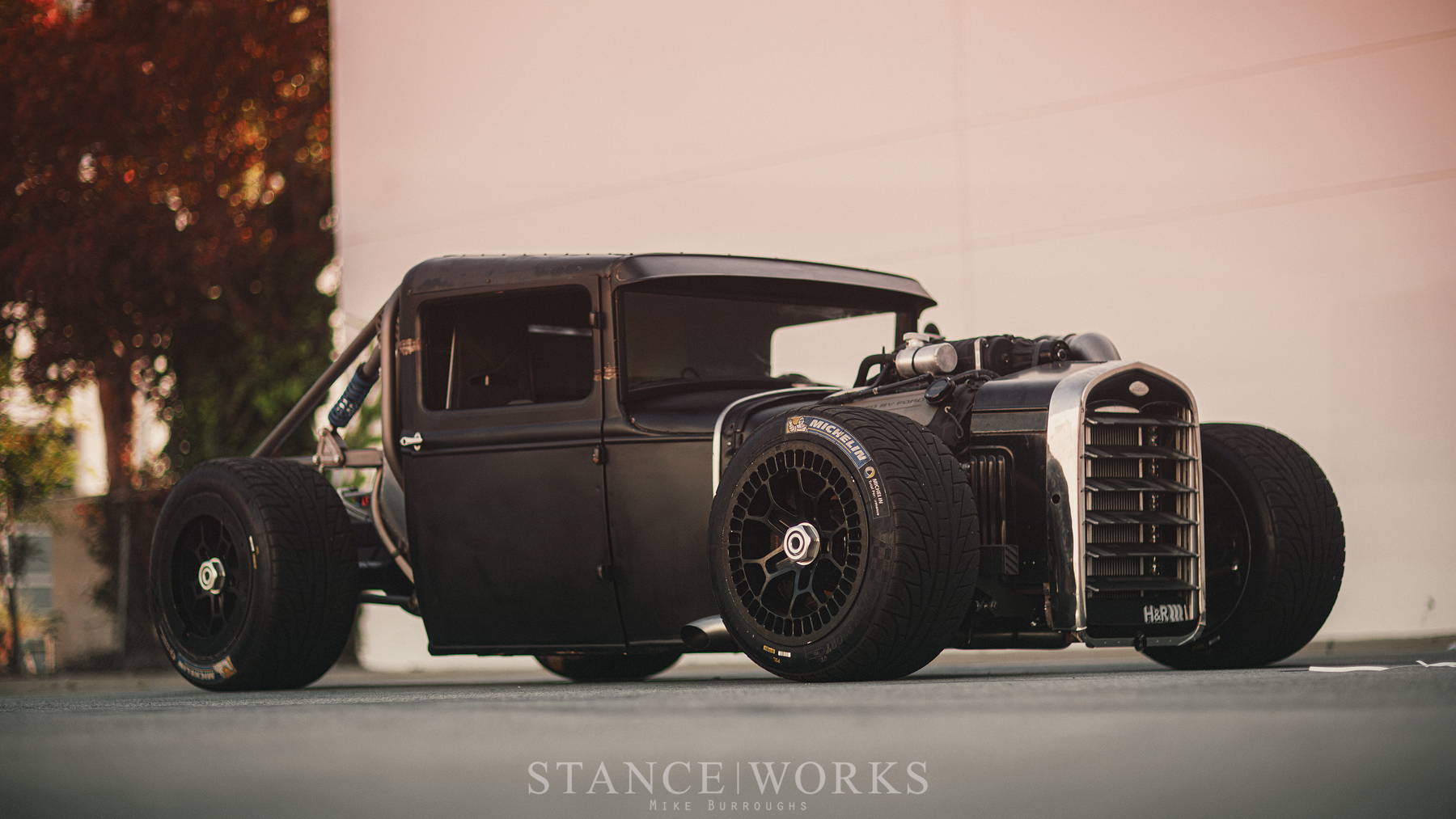 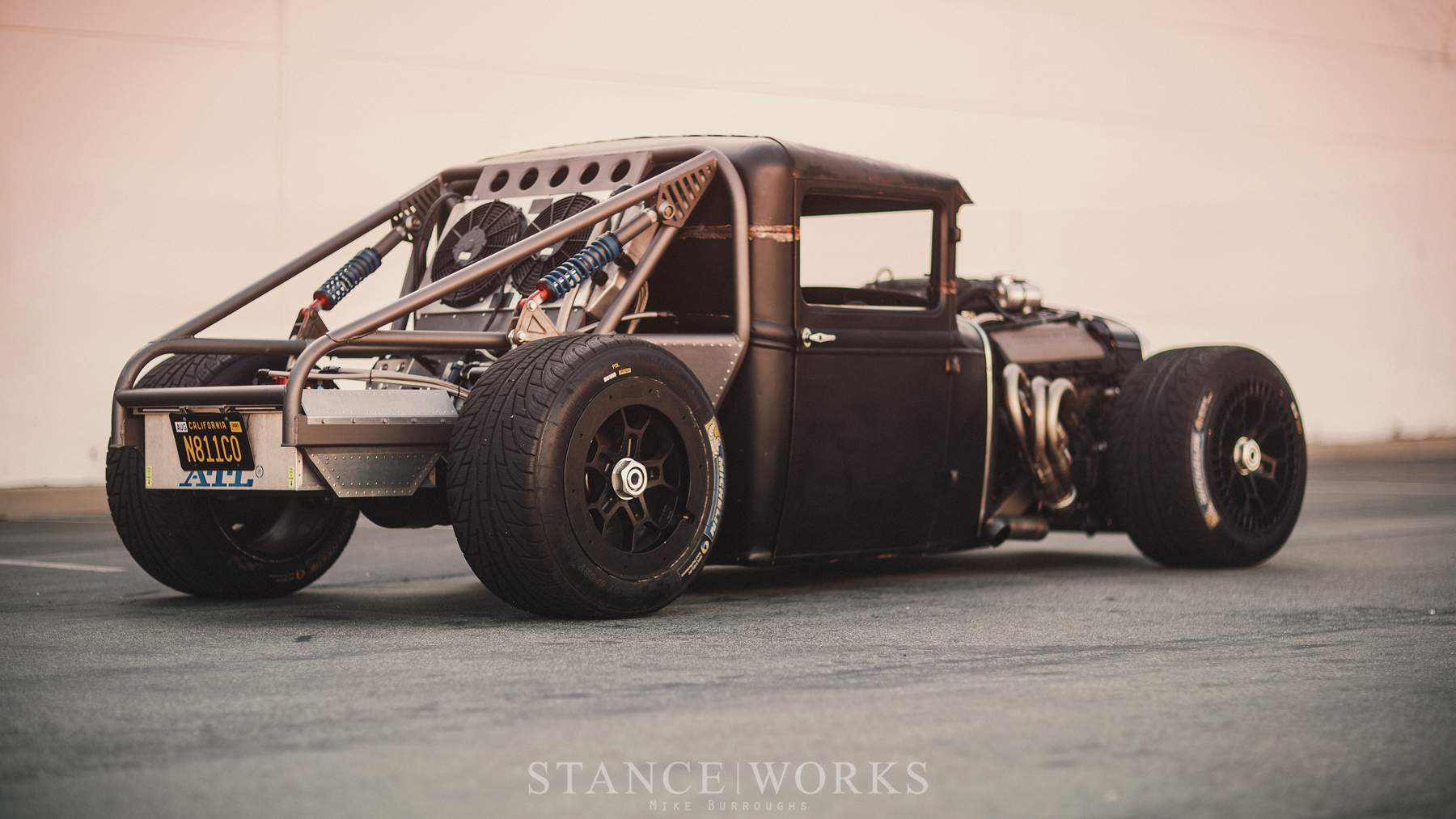 The overall look of the truck has changed drastically, making the silver tube work pop, as well as the stainless headers, and even smaller details like the centerlock nuts and the tire lettering. I wasn't aware a simple "oiling down" of the body could result in such a different look, but I'm thrilled with the outcome. Over time, the finish should slowly return to the dried-out gray painta it had before. Time will tell how I decide to keep it, though. 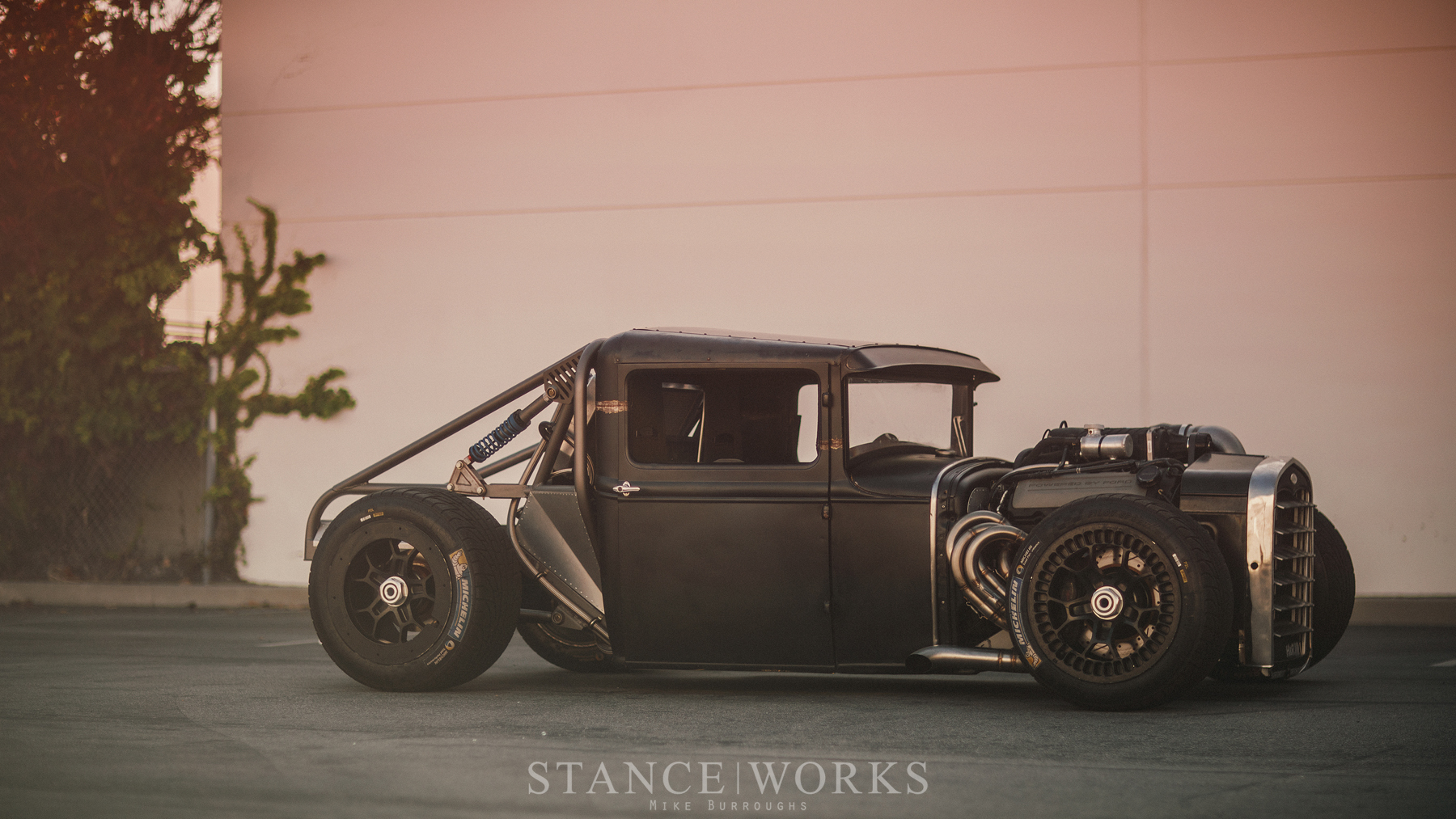 In keeping with the theme of black trucks, I've also made updates to my H1 project: a complete 2" body lift along with a slew of supporting mods, following the install of my 40" tires. New front springs helped level it back out after the lift itself was installed, and now the truck drives better than ever. It is, admittedly, a bit tougher to get into though. Since installing the lift a few weeks ago, I've been eager to get out into the mountains and camp, so this past weekend, we did just that. 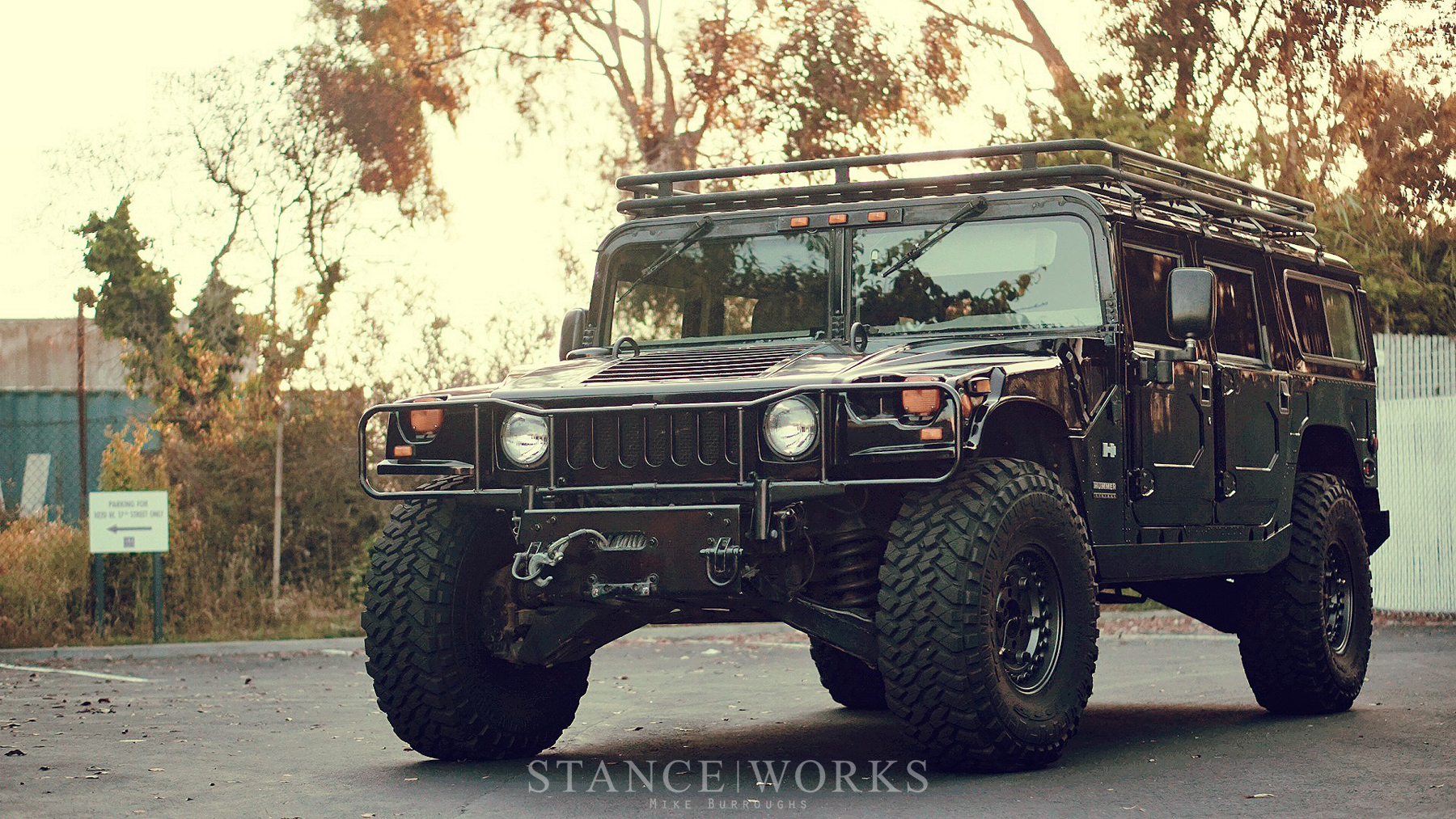 Longtime StanceWorks Family member Andrew Sylvia came along with his HDJ81, and together, we climbed our way into the mountains of Kern County. We didn't cross paths with a soul, which was a welcome change, having been many months too many since we were last able to get out and camp. It was also an opportunity to stretch the H1's legs a bit, and as expected, it did wonderfully. 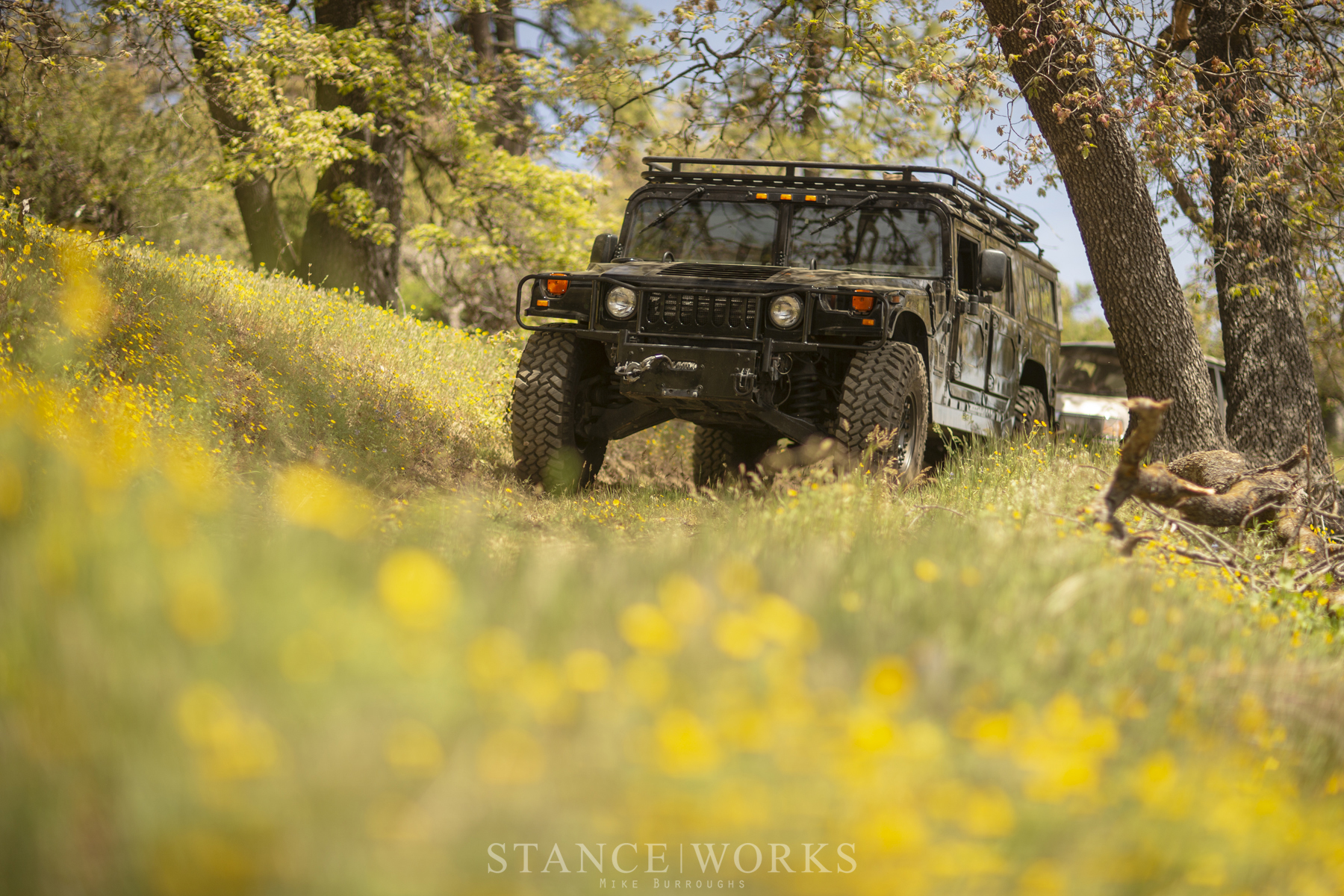 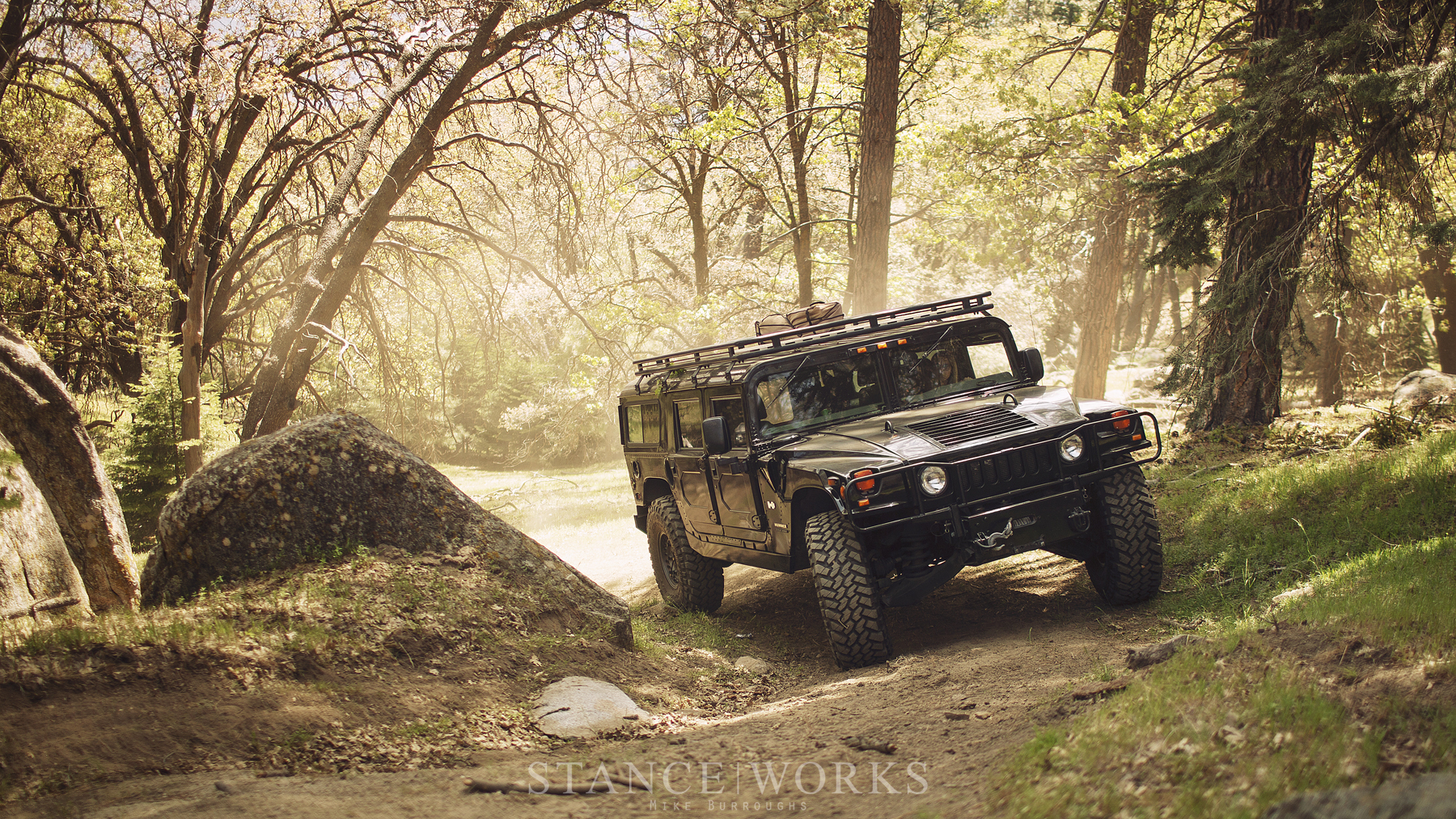 Emily even got behind the wheel for a bit, too, and although she's not in love with the H1 yet, I'm hopeful with time that she'll come around. Our dog, Chloe, on the other hand, couldn't be happier in the back seat of the big rig, with seemingly miles of room to stretch out. Enough room, in fact, that us four humans, Chloe, and Andrew's dog Rango all had to pile in the H1 for the last leg of the trip after a steering failure on the 80-series. While the weekend plans didn't go exactly as expected, it was still a wonderful chance to get away, and of course, to enjoy our vehicles. Now we're back in the shop, and it's back to the daily grind. 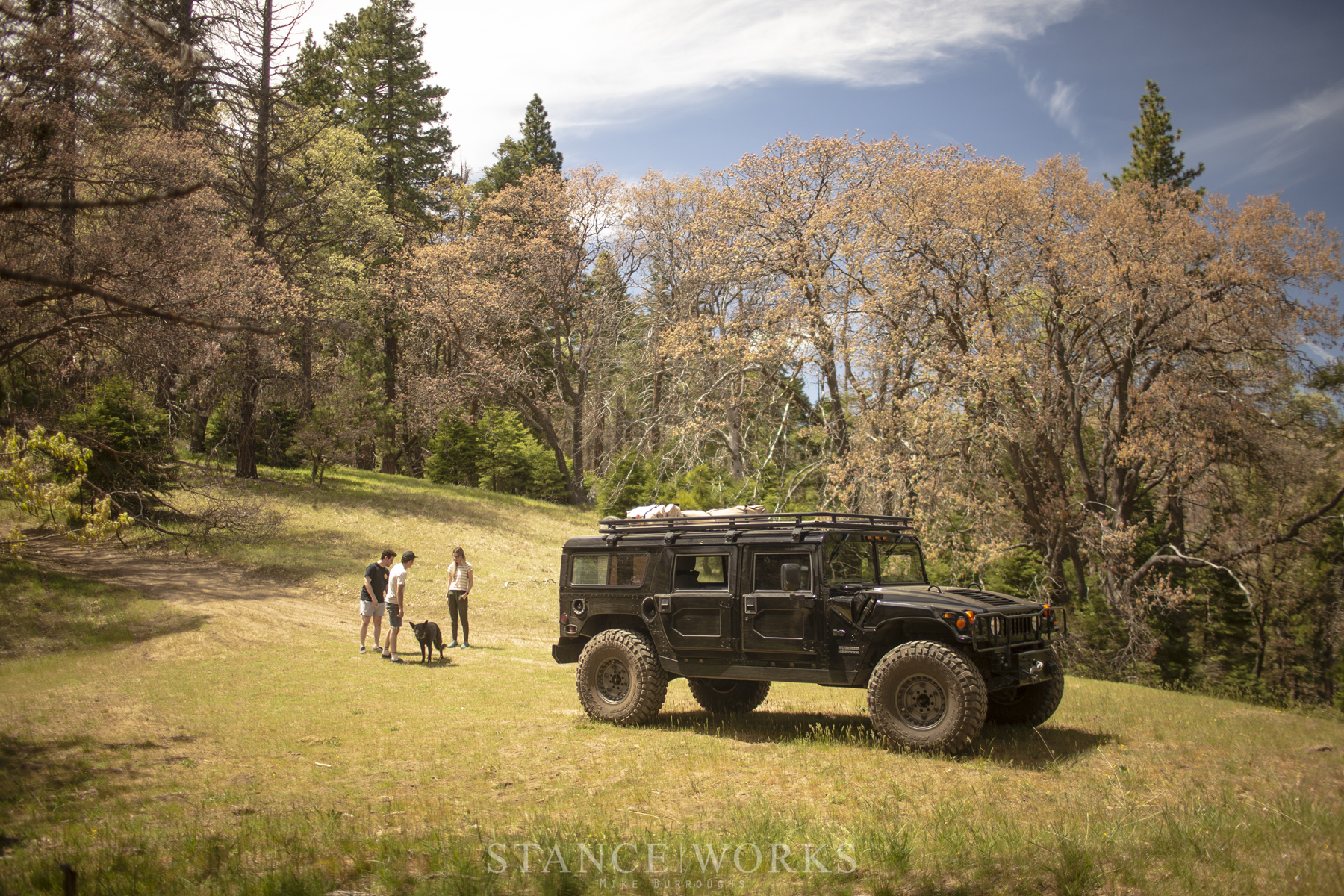