In Tauriq Ajam's eyes, there's an inexplicable charm to the W114 and W115 Mercedes Benz chassis. From the iconic Mercedes grille and the stacked glass headlamps that make for an unforgettable front end, to the soft, swept body lines that still reveal a somewhat boxy shape, there's an exuded air of confidence and old money that comes with such a machine. It's impossible not to feel a bit like an integral part of organized crime - a mobster - behind the wheel. 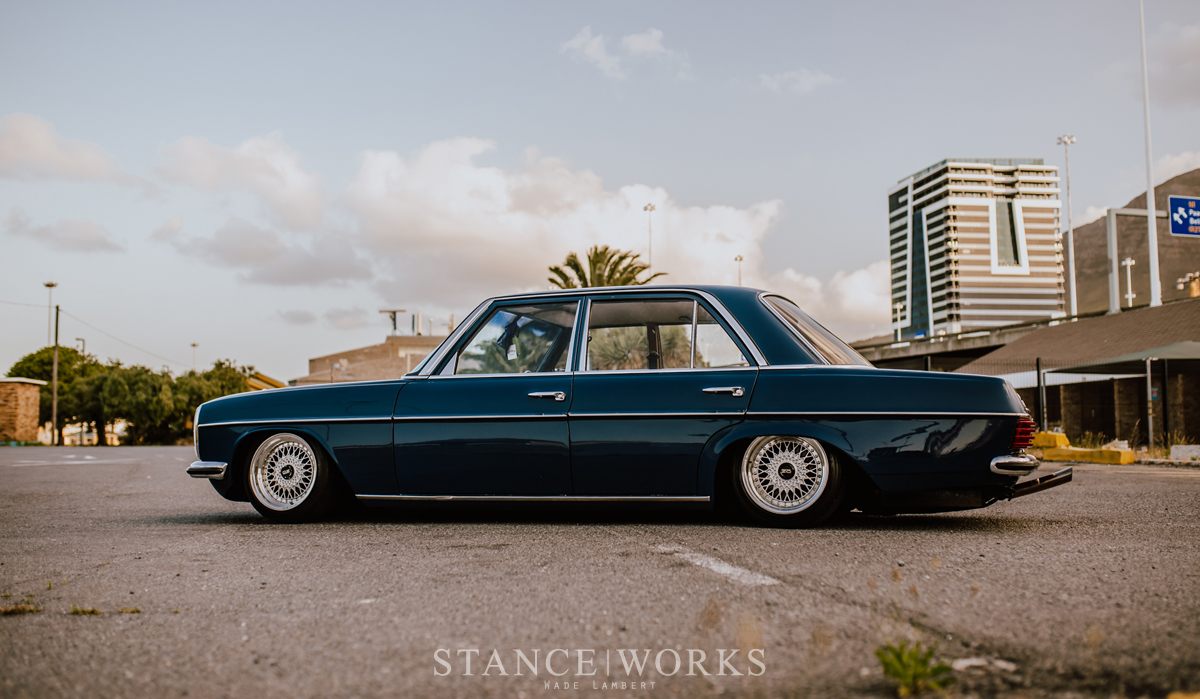 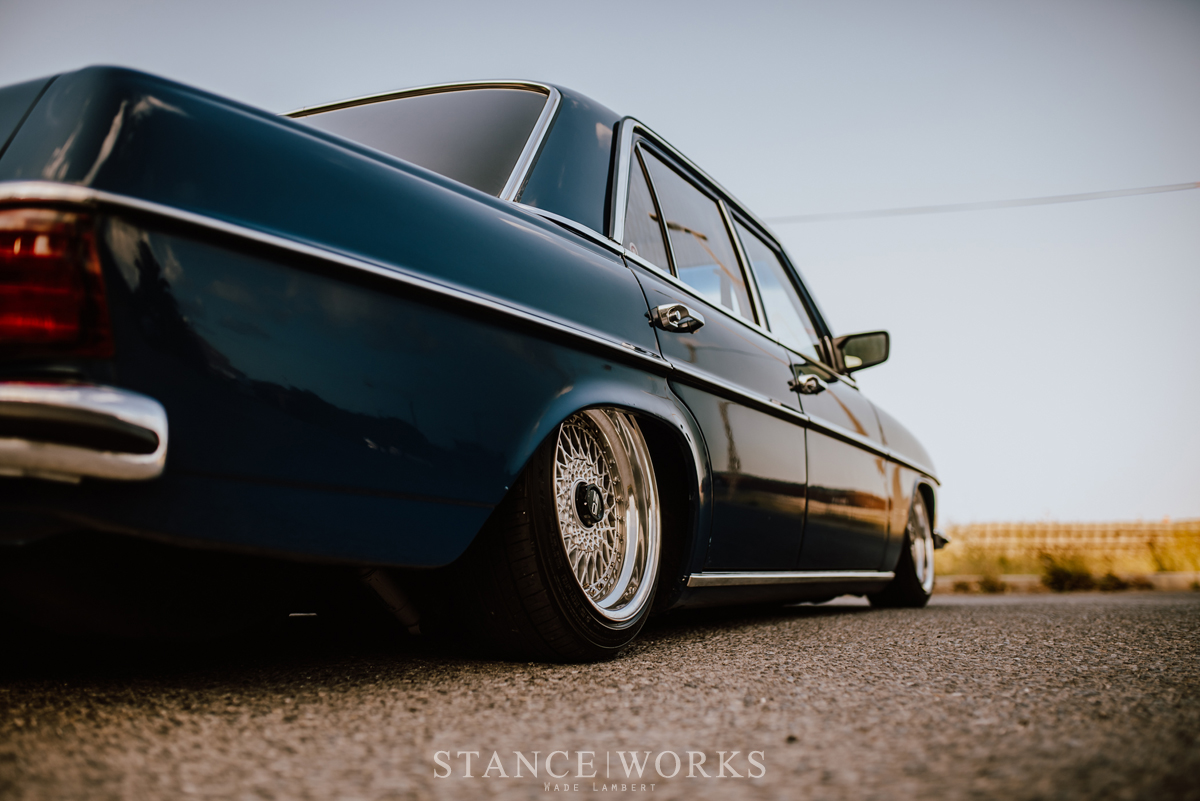 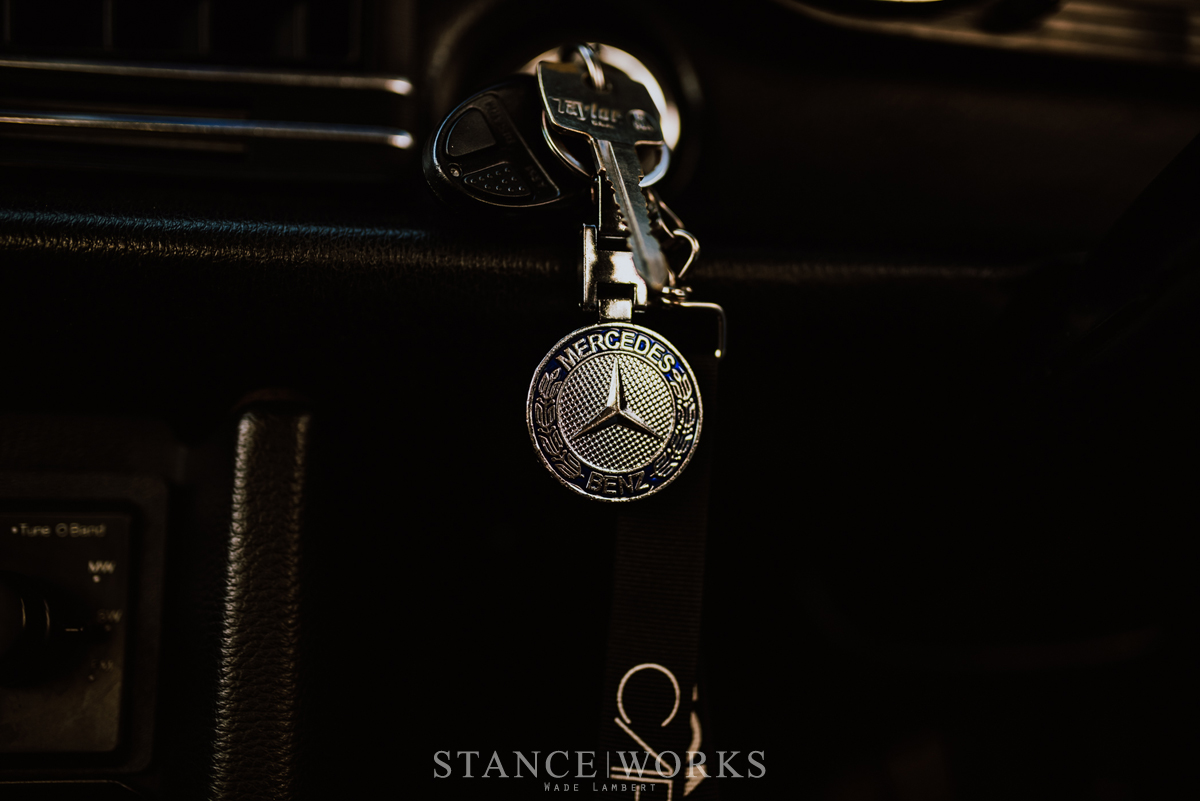 Such an appeal has had Tauriq's eyes on the W115 for years, although, as a student, his resources were limited. His best efforts to acquire one were thwarted by rough cars and sales that had fallen through, and it wasn't until a good friend finally offered his own car for a good price. With just two previous owners, and only 44,000 kilometers (27,000 miles) on the odometer, it was the car of his dreams, and one he couldn't bear to miss out on. As Tauriq puts it, it was a true diamond in the rough. Tauriq sold a handful of belongings to pull the cash together, and as soon as he was able, the W115 was his. After a 1,400-kilometer trip to get the car, Tauriq and the W115 arrived home on Christmas Day, 2012. 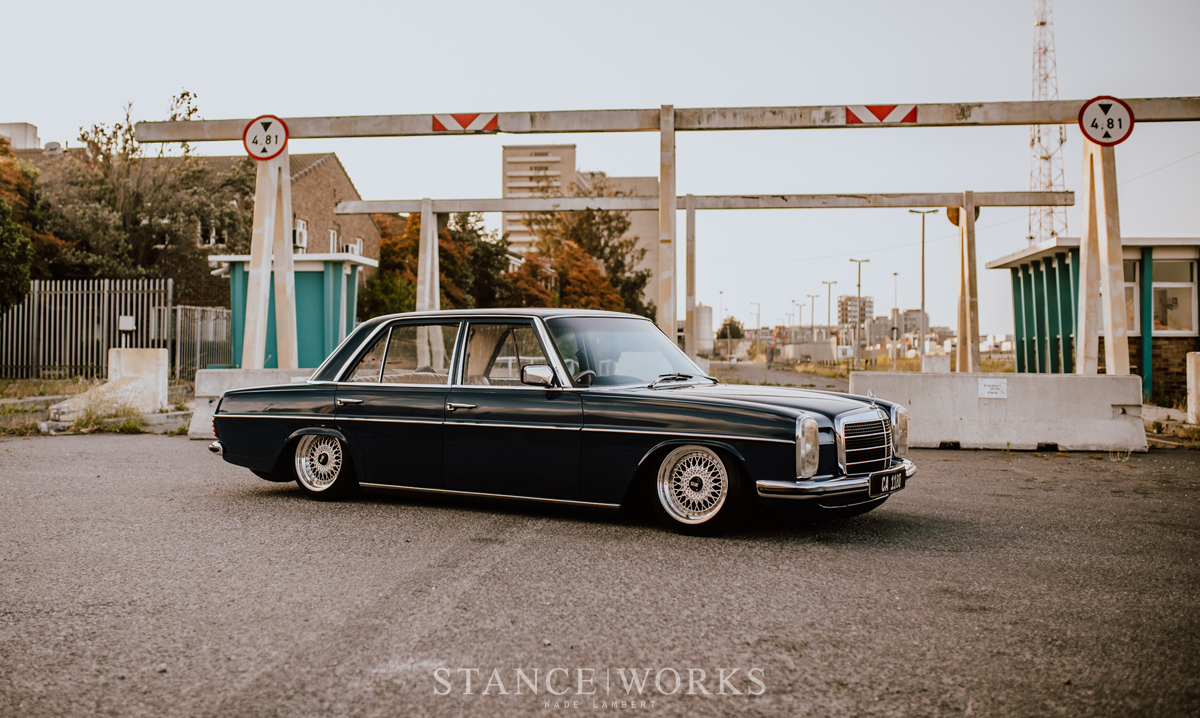 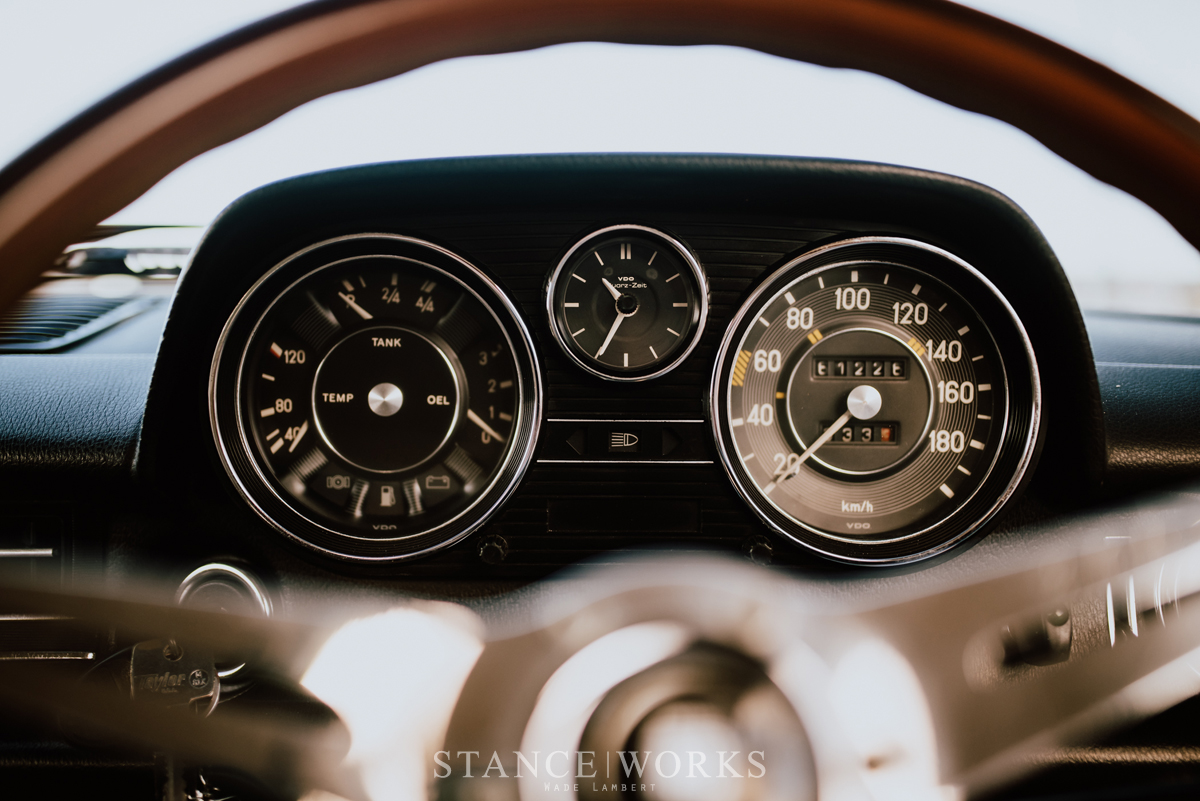 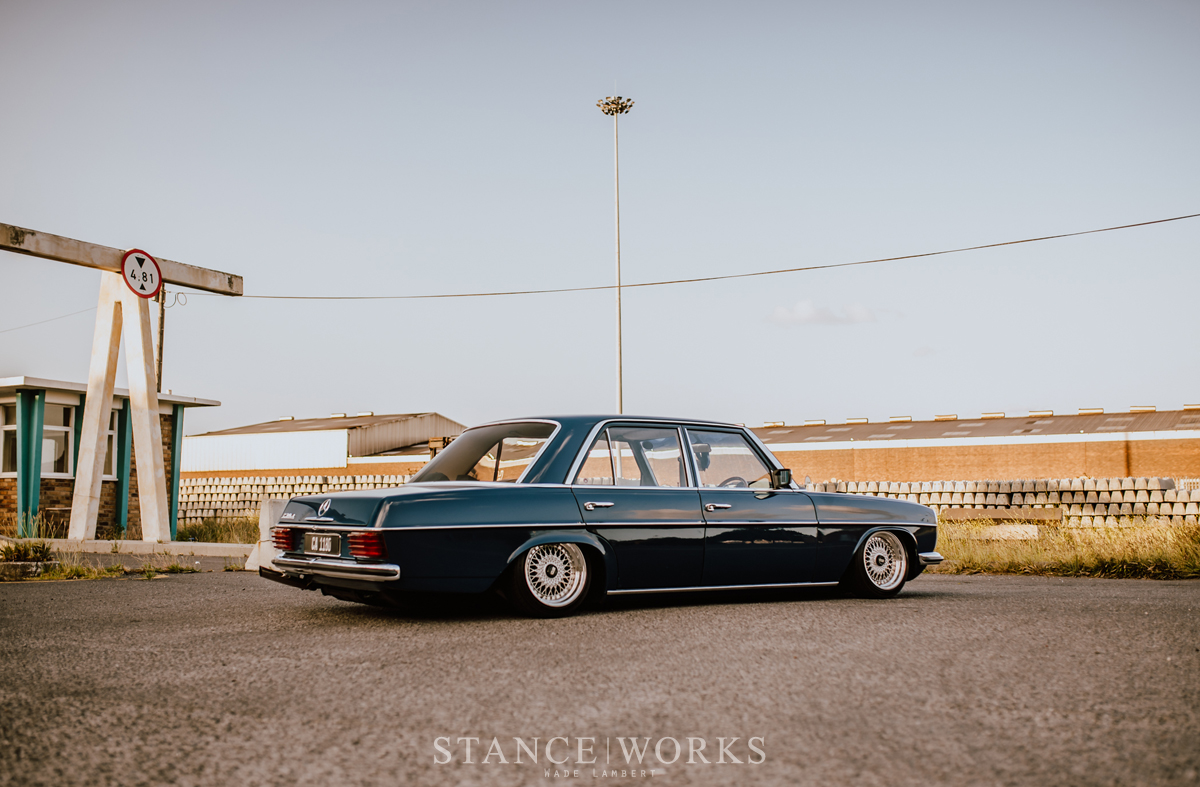 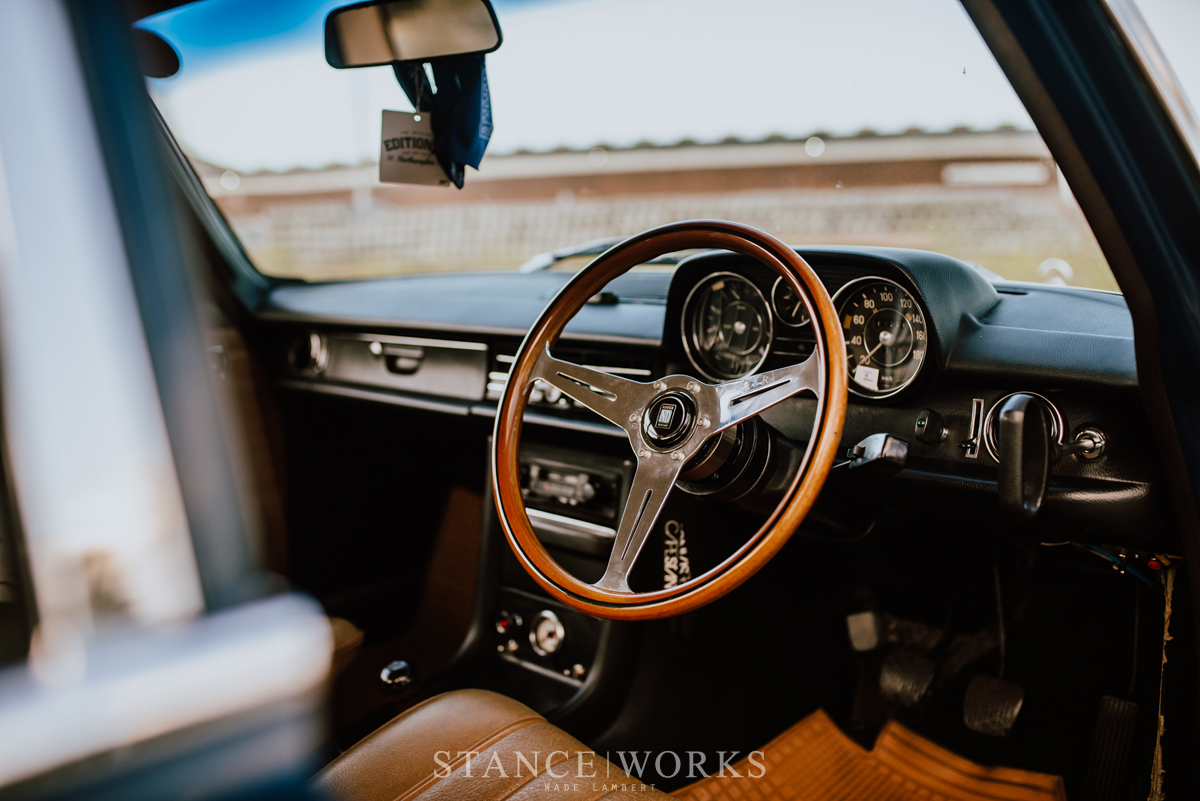 Living in South Africa, Tauriq has been an integral part of the growth of the local car community. In a time where most were lowering Volkswagens and Hondas, his foray into modifying a vintage Mercedes was a bit off the beaten path. The fabrication work required to fit an Air Lift Performance crafter pack was, at the time, revealing of his dedication to achieving his goals, and blazing a path for both air ride and stance in the South African Car community. The endeavor has pioneered the start of Tauriq's company, CapeStance, a pivotal player in Capetown with regard to online content, suspension parts retailing, and installations. 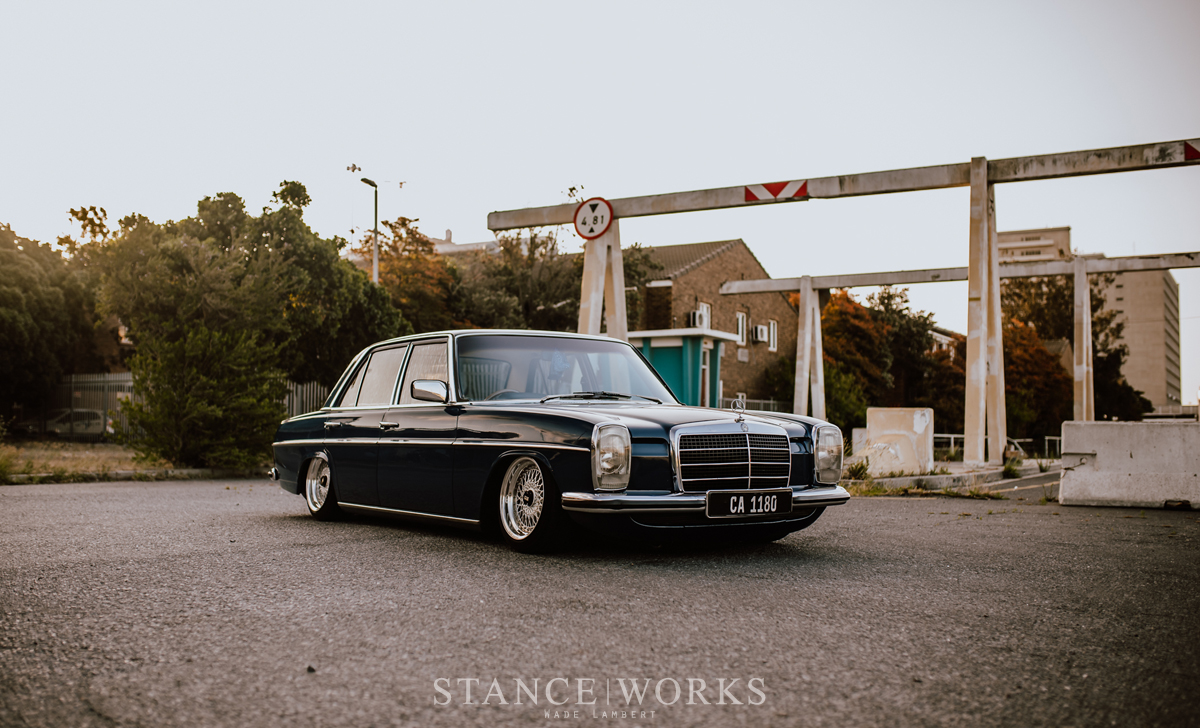 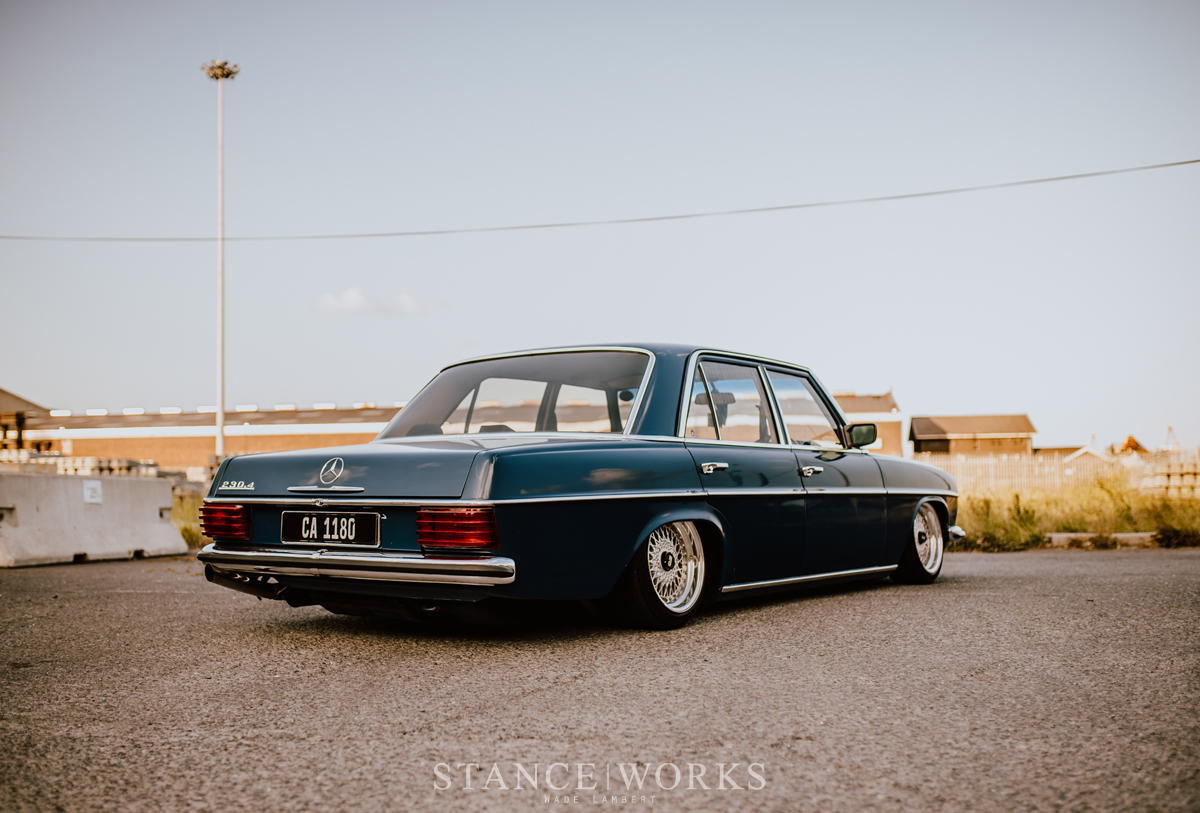 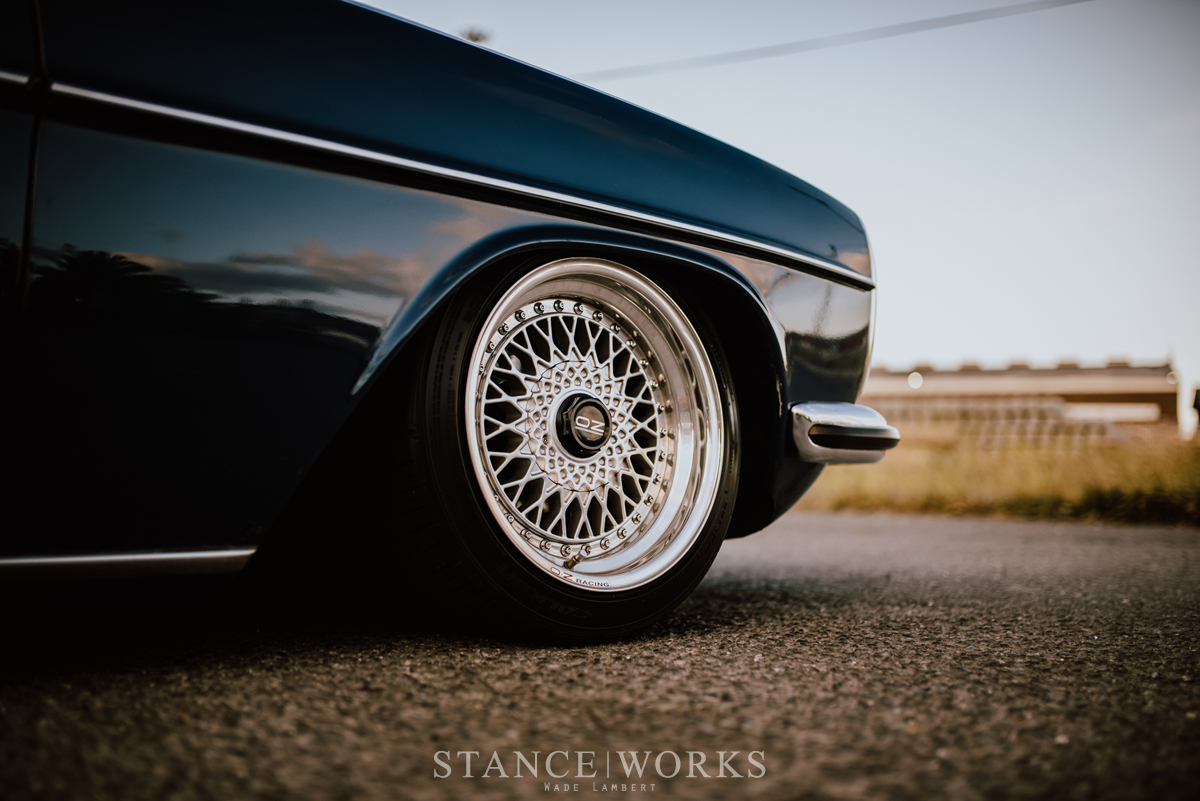 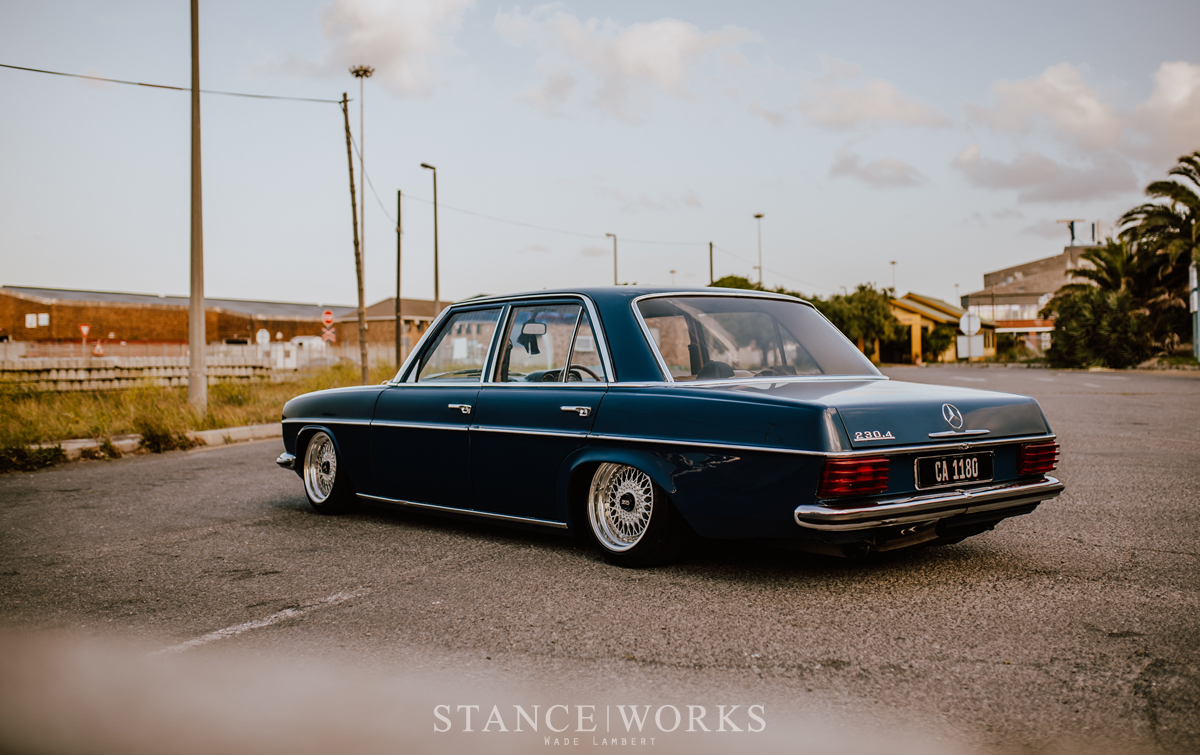 Today, the Mercedes sports just 60,000 kilometers, and retains almost all of its originality, save for the character it exudes by laying flat on the ground. A set of 15" OZ Vega splits compliment the car in a way few other wheels could, and stand as a killer alternative to the tried-and-true cap and steelie combo. The car is a true treat to witness in its own right, but it's what it represents that makes it something truly special: a beacon of Tauriq's enthusiasm and commitment to a community he can call his own. 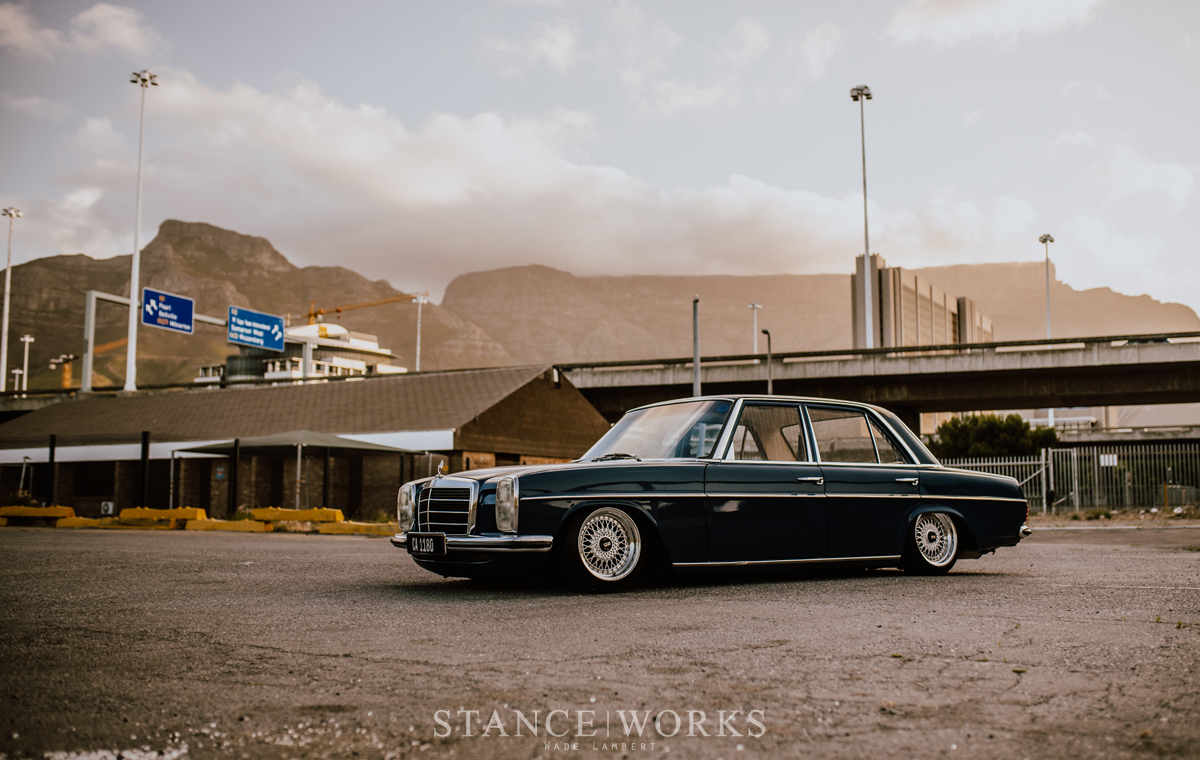 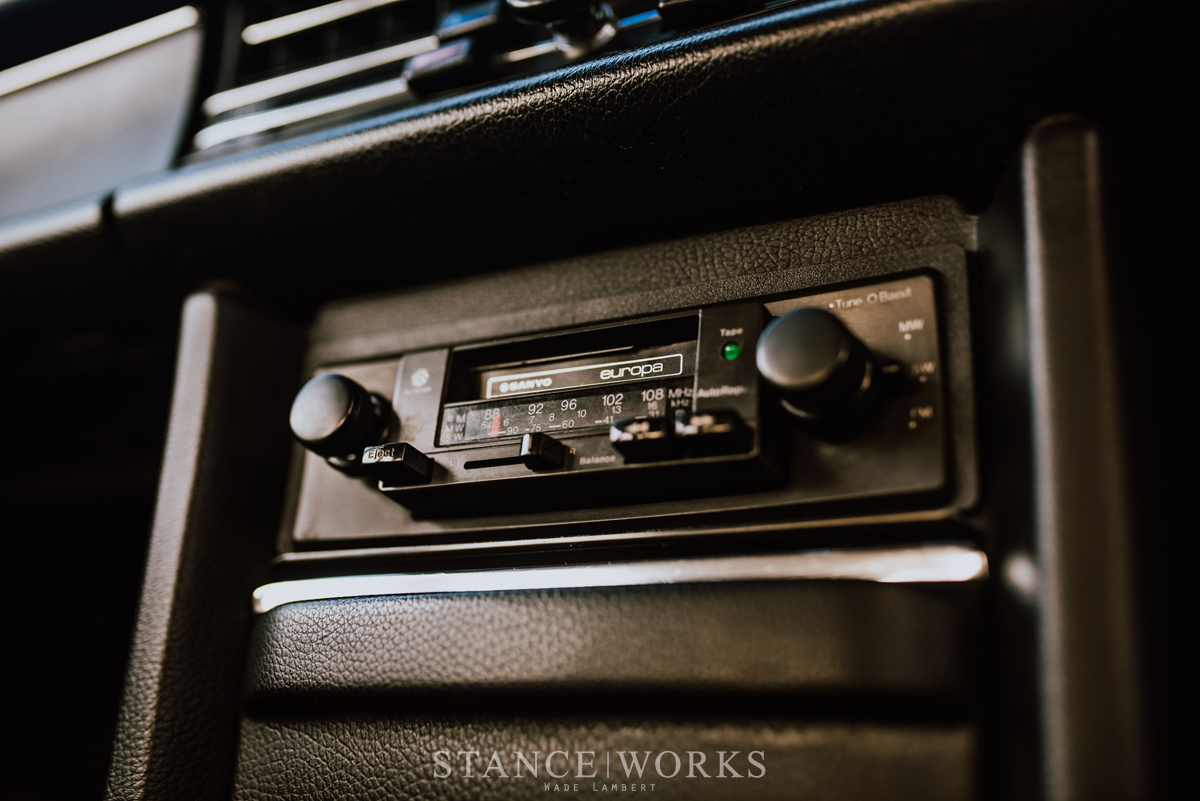