Enrico Marais enjoys building motorcycles in his garage in South Africa. One of his recent creations is a custom Café Racer powered by a 1600 cc flat-four from a 1972 Volkswagen Beetle. Enrico started with a backbone from a 1970’s Honda CB750K and modified it to fit the motor. On top of that he installed a 1979 Kawasaki Z750FX fuel tank and custom seat. Enrico built a centrifugal clutch from a car drum brake and used a 90-degree gearbox from a Robinson R44 helicopter tail rotor to transfer power to the chain drive. You can view the build series on Enrico’s channel. 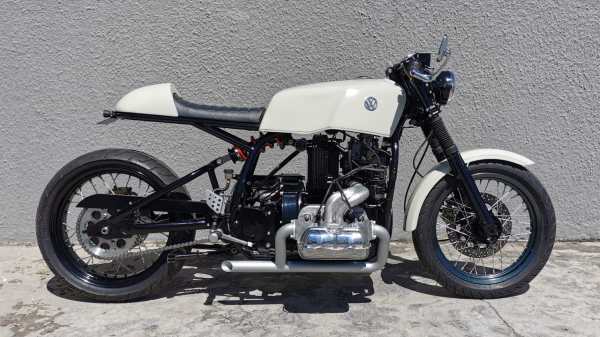 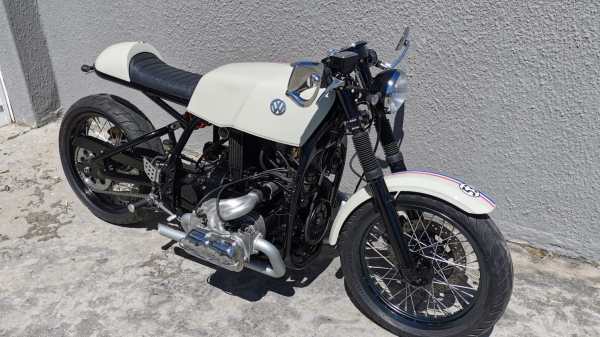 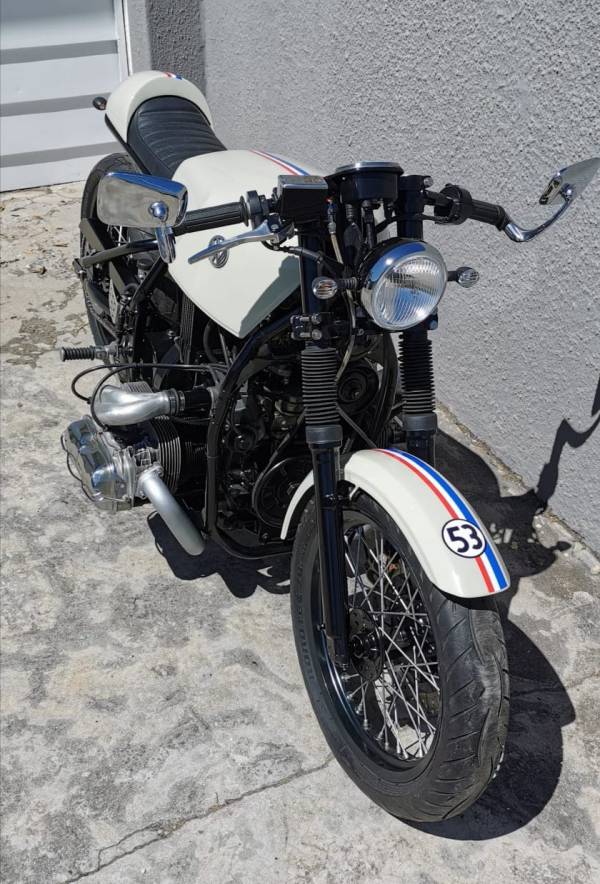 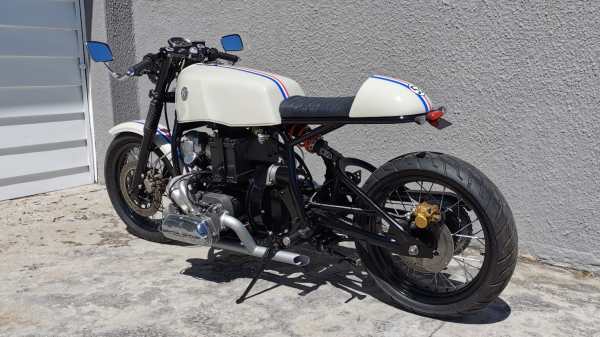 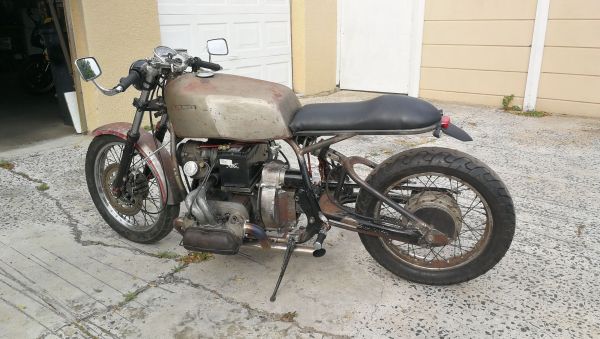 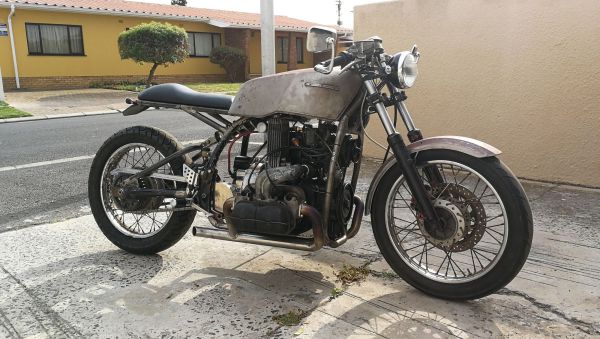 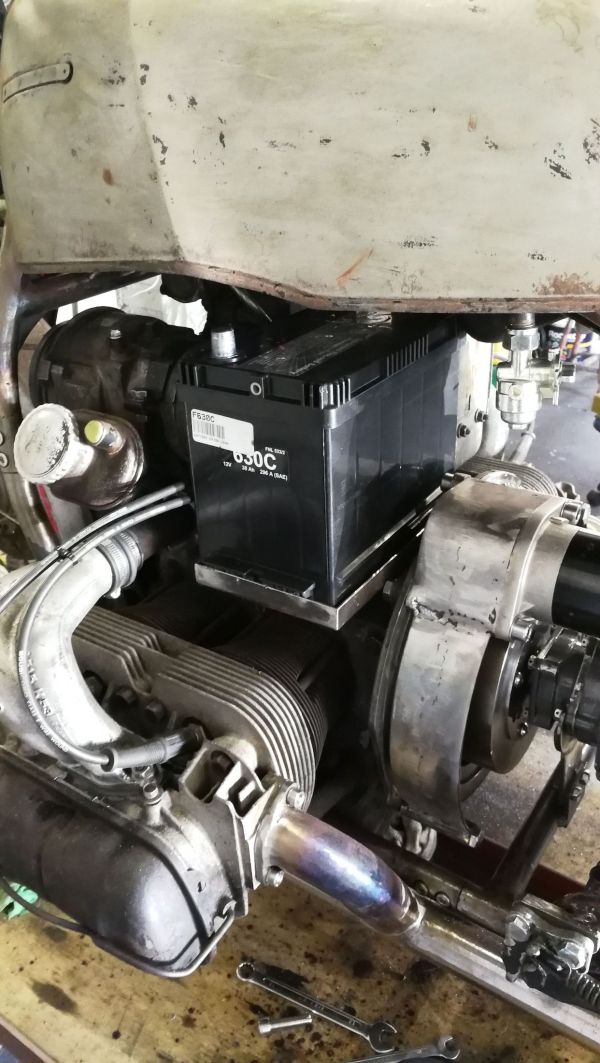 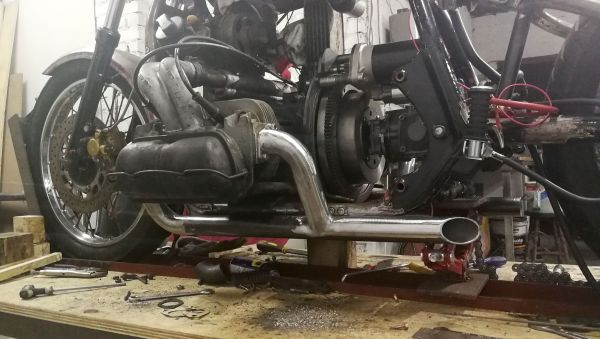 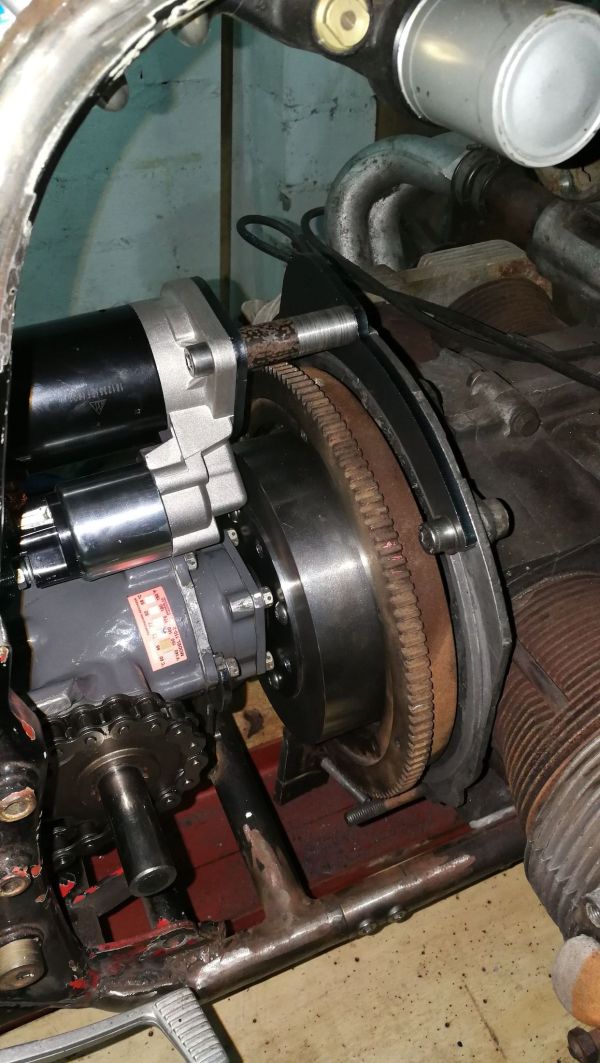 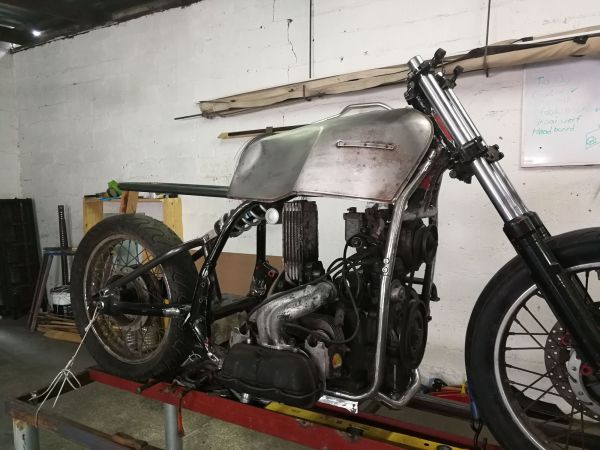 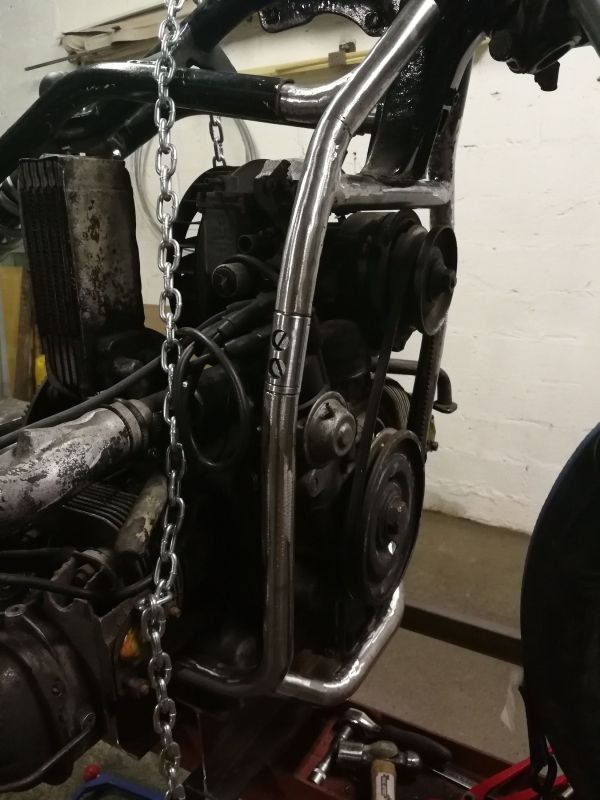 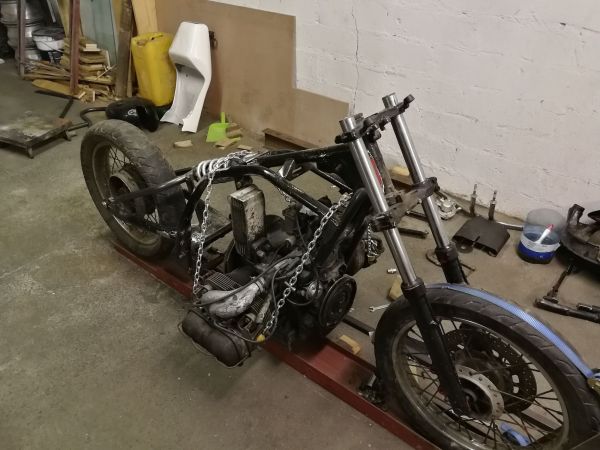 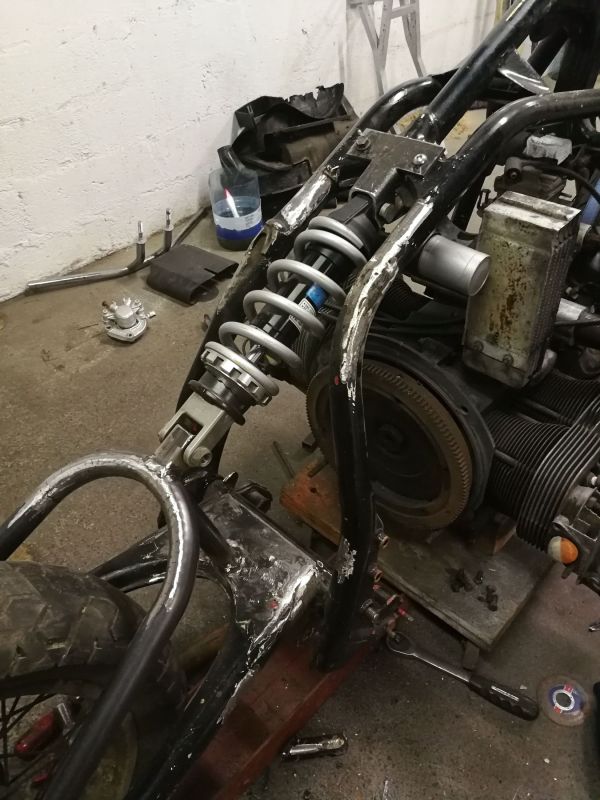 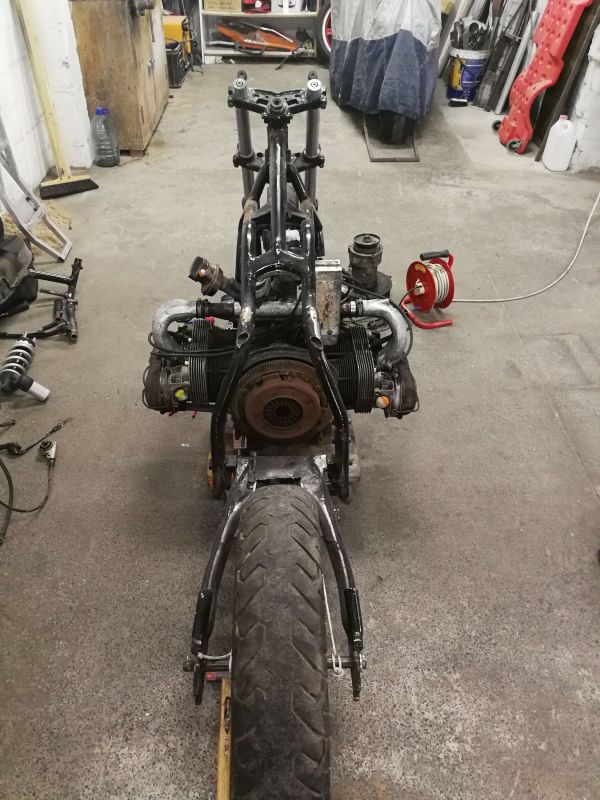 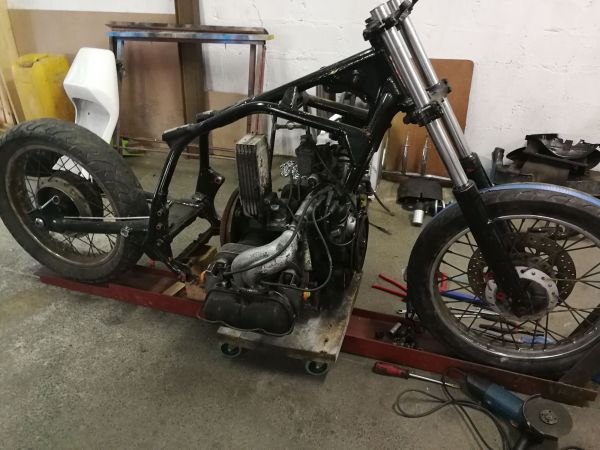 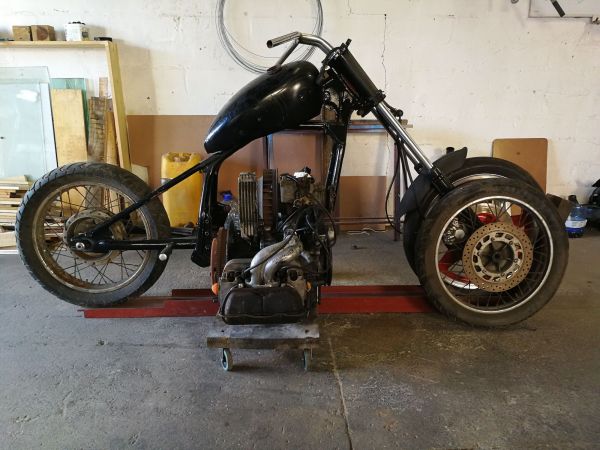