Fuel Injection Sucks is back with a new update on their 1969 Dodge Coronet project. In the previous episodes they rebuilt a turbocharged 6.2 L Hemi V8 but were experiencing an issue when it was running. In part three they try to solve the problem by working on the cam timing before finding the real issue. Then they install a Hellcat 525 lph fuel pump, drag radials, and rewire the battery. 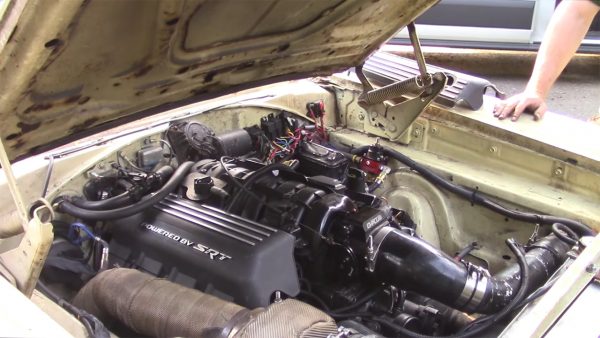