On April 21, 1967, General Motors built it 100 millionth vehicle in the United States. The global tally on that date also included 18,493,496 vehicles, both passenger and commercial, built in other countries. As for the specific car, number 100,000,000 was a 1967 Chevrolet Caprice Custom Coupe built at Chevrolet-Fisher Body Assembly Plant in Janesville, Wisconsin. 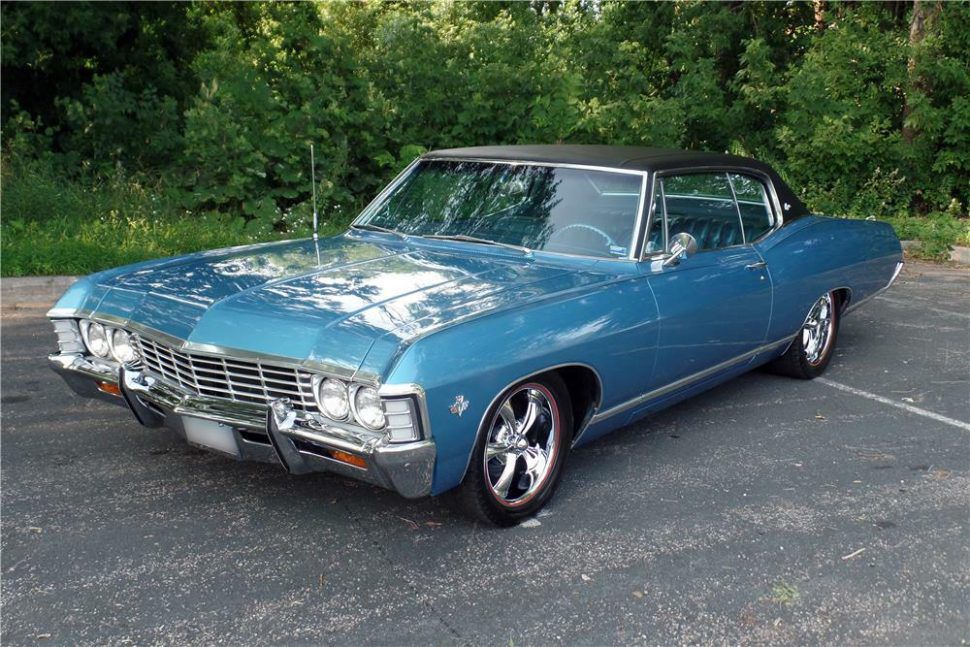 This is not GM’s 100 millionth vehicle produced in the United States, but it looks very similar (see below) aside from the wheels. Photo via Barrett-Jackson.

If you fancy a trip back through memory lane, the GM Heritage Center has the original press packet commemorating the historic milestone and it is full of fun facts. The sheer size of GM in 1967 for instance:

In the United States there are nine car, truck, and body divisions, 15 automotive components divisions, two defense divisions, four engine divisions, one division that manufactures commercial and household appliances, three finance and insurance units, and General Motors Overseas Operations with headquarters in New York. In addition, there are four operating divisions in Canada. 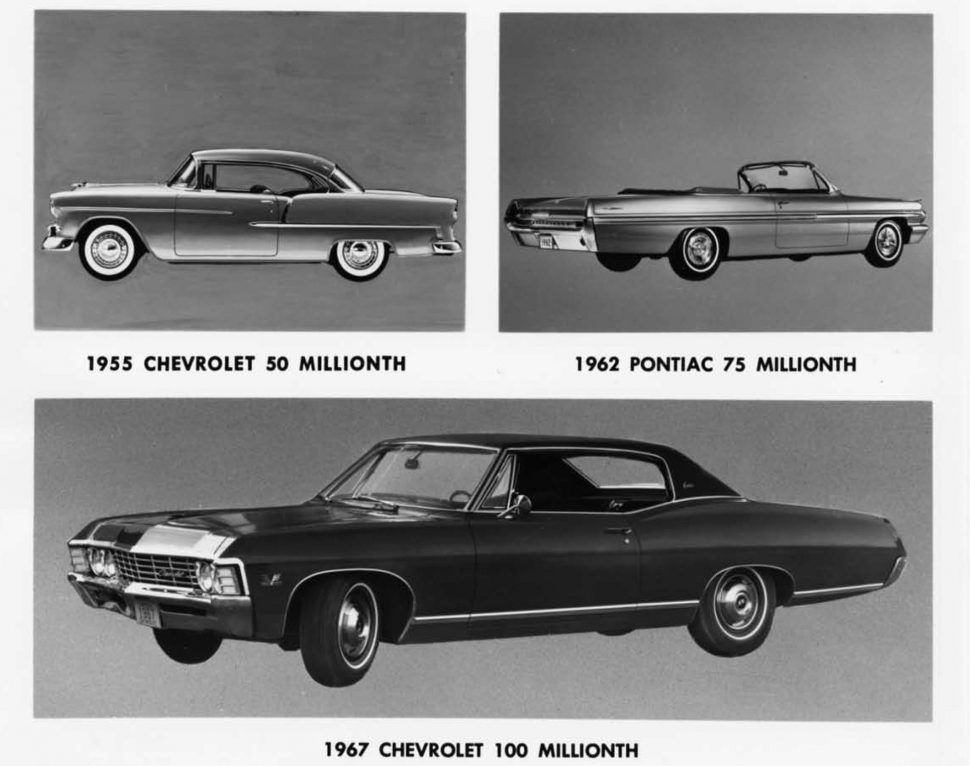 It took from GM’s formation in 1908 until November 1954 to get the first 50 million cars out the door, but a mere twelve-and-a-half years to double that. In between, the 75 millionth car rolled off the assembly line on March 14, 1962. That car was a Pontiac Bonneville. The 50 millionth, by the way, was a 1955 Chevy. As for the next 100 million, GM didn’t celebrate it at least not with any level of fanfare or announcement we could find. To look at the brochure yourself, you can find it here on the GM Heritage Center website. 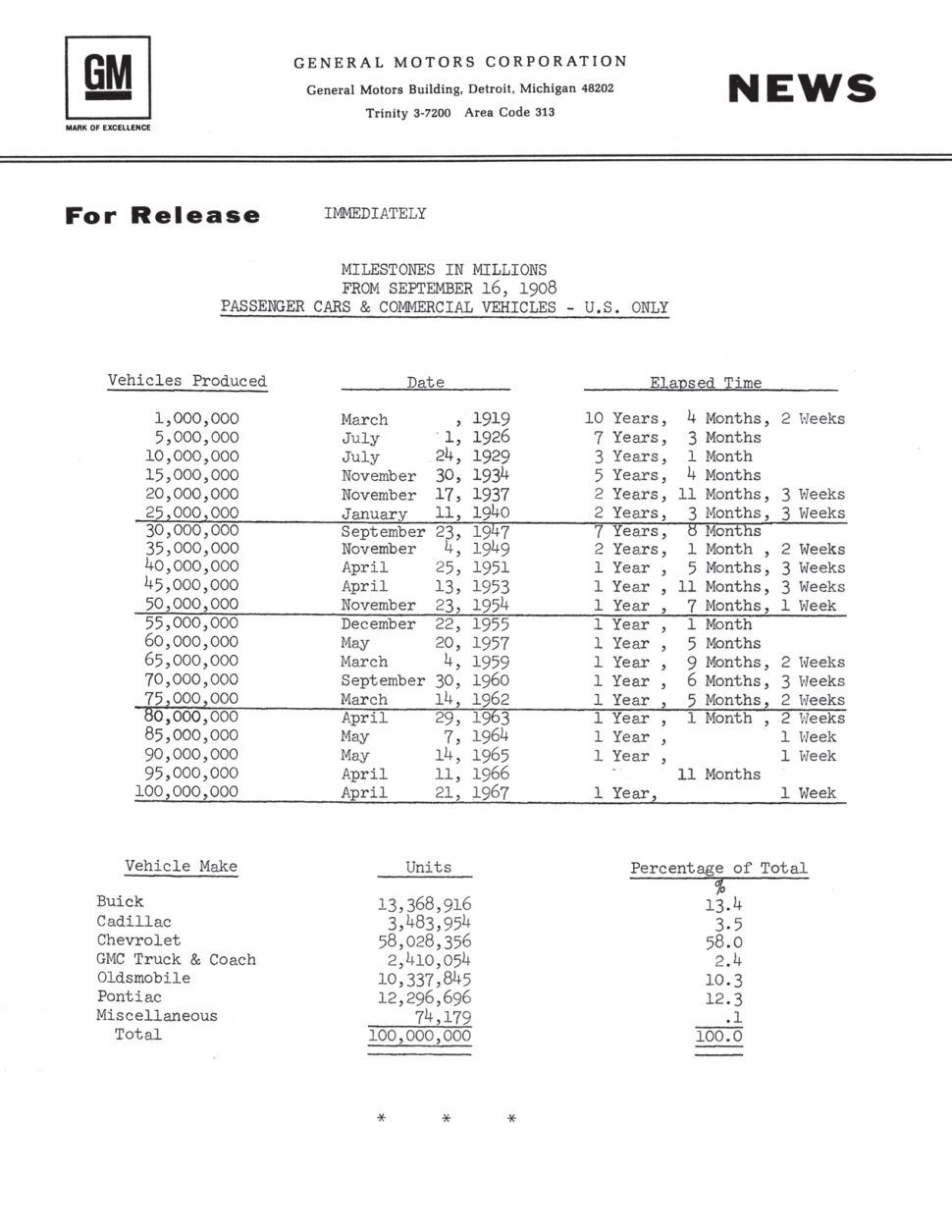 Chevrolet has always been the largest chunk of GM sales, especially back in the 1960s.