While the majority of people will feel this 1939 Pontiac should be restored, its time-worn patina gives it a genuine and truthful character that simply can’t be replicated. We say it should remain as is. All photos by the author.

Unrestored collector cars, because of their irreplaceable originality, are fast becoming the preferred type of car that enthusiasts, collectors, dealers, auction houses and museums want to possess. But if a car’s untouched originality reaches a point where its condition looks so inferior and flawed that it no longer represents the way it was first assembled, then it needs to be restored – at the very least for posterity.

What’s the deciding factor in preserving a car’s originality? While tarnished chrome, faded factory-applied paint, shabby upholstery and delaminated glass can be desirable attributes of unrestored original automobiles, determining when that originality needs to be replaced and restored requires a well-thought-out assessment of the car’s condition. Each day there are fewer and fewer original collector-quality automobiles left in this world, so we need to do our best to preserve those that remain and avoid restoring them for the sake of making them perfect. 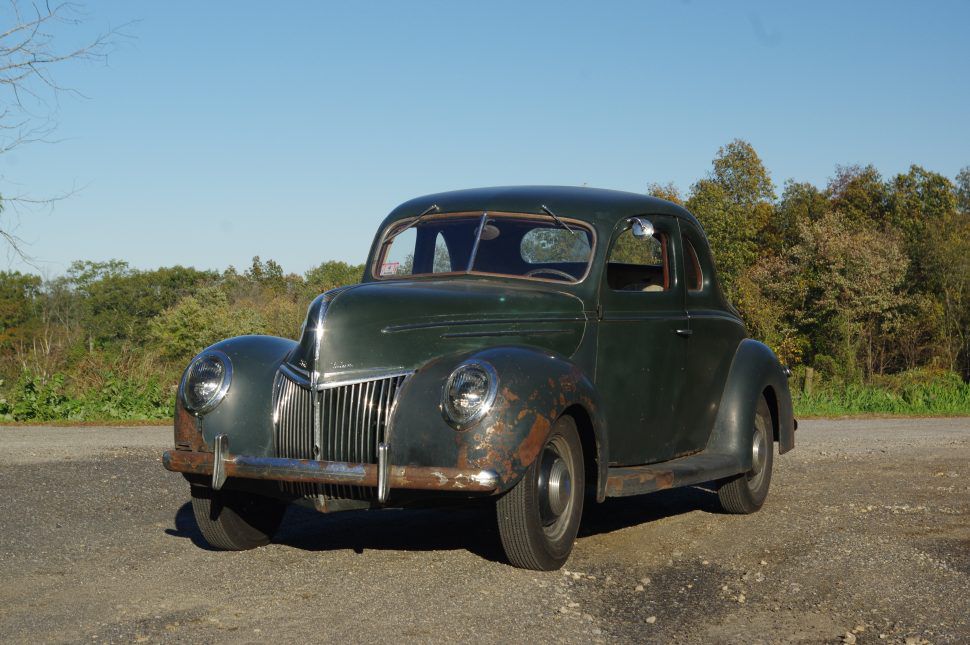 Unrestored original cars come in all levels of condition, but while this 1939 Ford coupe, which clearly has seen better days, could benefit from a restoration, should it be restored?

Original collector cars should be considered nothing less than highly prized automotive artifacts. They are important transportation objects of great historical significance, and provide a look-back into the world of automobile manufacturing of years gone by. They are our only glimpse into the past, thus affording us the wonderful opportunity to study firsthand the way manufacturing techniques were carried out during all of the different decades and periods of automobile production. We can see how the assembly line workers applied the paint and inspection marks, how the upholstery was stitched and carpet was bound, wood was cut, shaped and joined, and which types of fasteners were used for specific applications. The same is true for all of a car’s mechanical parts including engine, transmission, differential, suspension and electrical systems. Better than shop manuals, an unrestored car is existing proof of the way automobiles used to be built, and are the only true guidebook that restorers can use to ensure that the cars that they are restoring are rebuilt in the most accurate, factory-correct manner. Original automobiles such as these should be cherished.

Consider this: If a painting by Monet or a stained glass panel by Tiffany shows its age, those precious works of art aren’t repainted or releaded, they’re just cleaned. So then, why should well-preserved old cars be repainted if their original finish is still in respectable condition? After all, once that factory-applied paint is removed and the car is repainted, then that car can no longer be called an original collector car. Refurbished, yes, but certainly not an original. 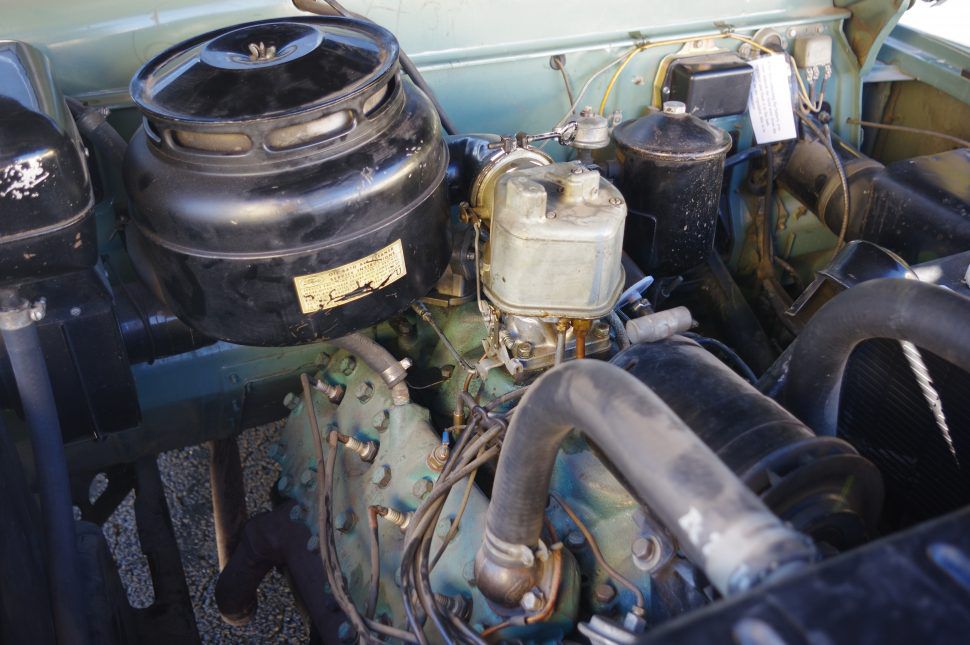 The unrestored engine compartment on this 1951 Mercury coupe provides insight to the way all the ancillary components were original finished and how decals were applied.

While it’s remarkable for cars built during the late 1940s and 1950s to have survived without being trashed or restored, imagine just how special it must be for cars that were produced in the 1930s, ’20s, and Teens to retain today everything that they were first assembled with all those decades ago. For a car to have survived substantially more than a half-century and still retain its original paint, interior, engine, instruments, and most of its mechanical components is a testament not only to the manufacturer’s engineering methods and build quality, but to all the previous owners who treated it with care, provided steadfast maintenance and worked hard to preserve its originality with great respect. Even more amazing are the cars of the muscle era that have remained in top-notch shape after participating in street wars, drag strip competition, and hard driving day in and day out. After all, that’s exactly how most owners drove them. 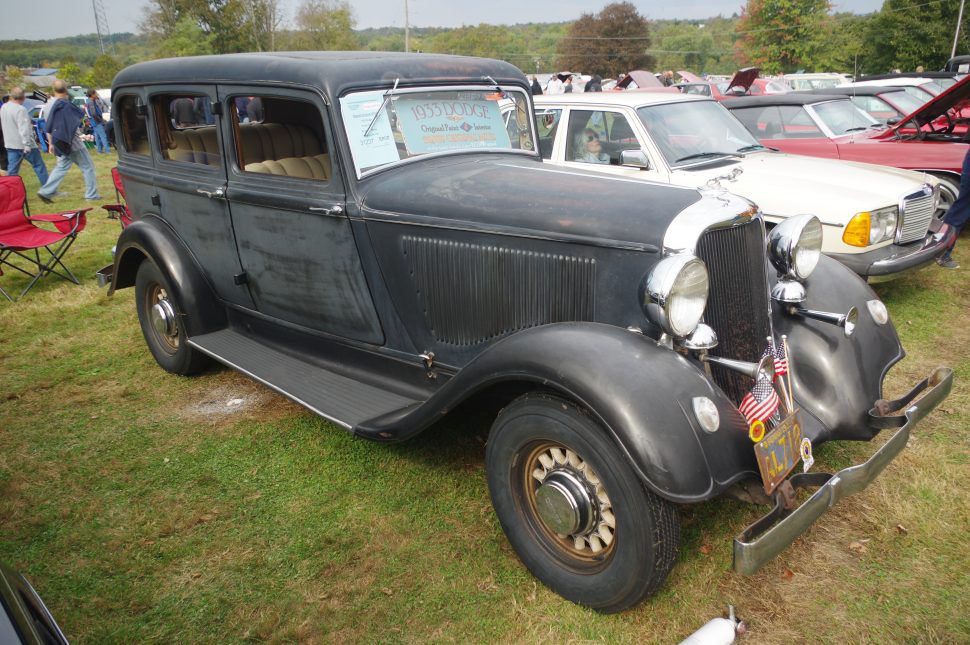 As seen at Hershey last year, this 1933 Dodge has been in the same family since new and driven only 50,000 miles. Its paint may be dull but it’s the car’s original, factory-applied finish.

The most extraordinary survival characteristic of any pre-war-era automobile has got to be the body finish. Compared to today’s highly durable urethane enamels and base coat/clear coat urethane systems, cars from this period were painted with nitrocellulose lacquer, which was a very delicate paint finish. Lacquer is extremely brittle, and unless it was cleaned and polished regularly it slowly lost its shine over time. And the more it was polished to retain that shine, the thinner and thinner the paint became. This is why on most prewar cars, especially those of the brass and nickel eras, if they had never been repainted in almost every example you will see traces of the primer below the top coat showing through. This mostly occurred along the tops of each fender and along the edges of the hood. But don’t look at these cars as derelicts or being uncared for: instead, think of them as rare time capsules of Detroit’s past manufacturing techniques.

So the question remains: What’s the deciding factor in preserving a car’s originality? Along with the above photos, here are a few examples and explanations why originality is worth keeping even when it shows some age. 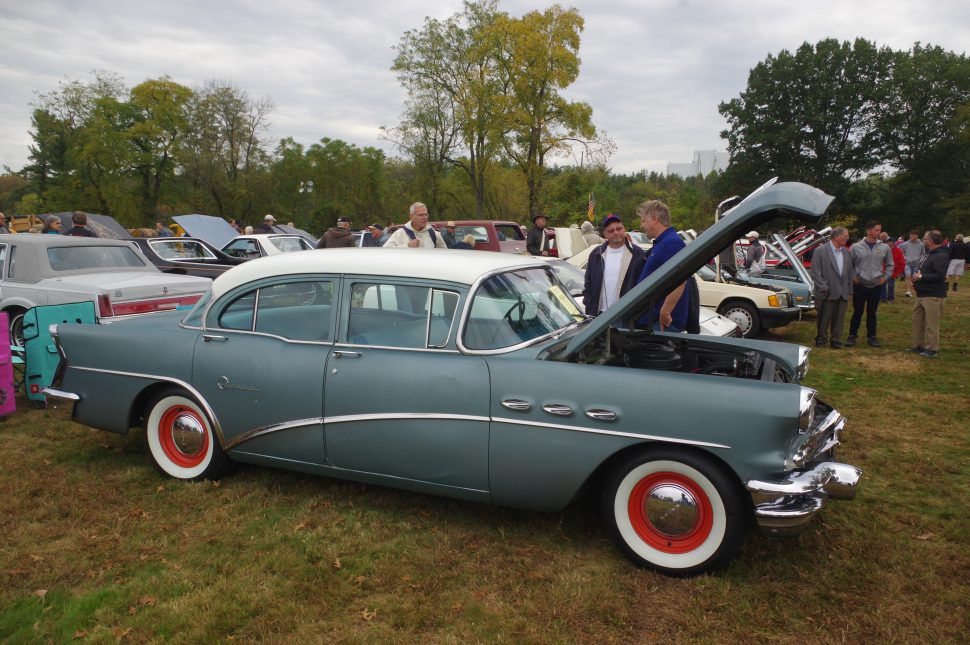 Although this 1956 Buick Special sedan could benefit from a thorough polishing, preserving the car’s exterior in as-is condition is far more honest and authentic than a shiny finish. 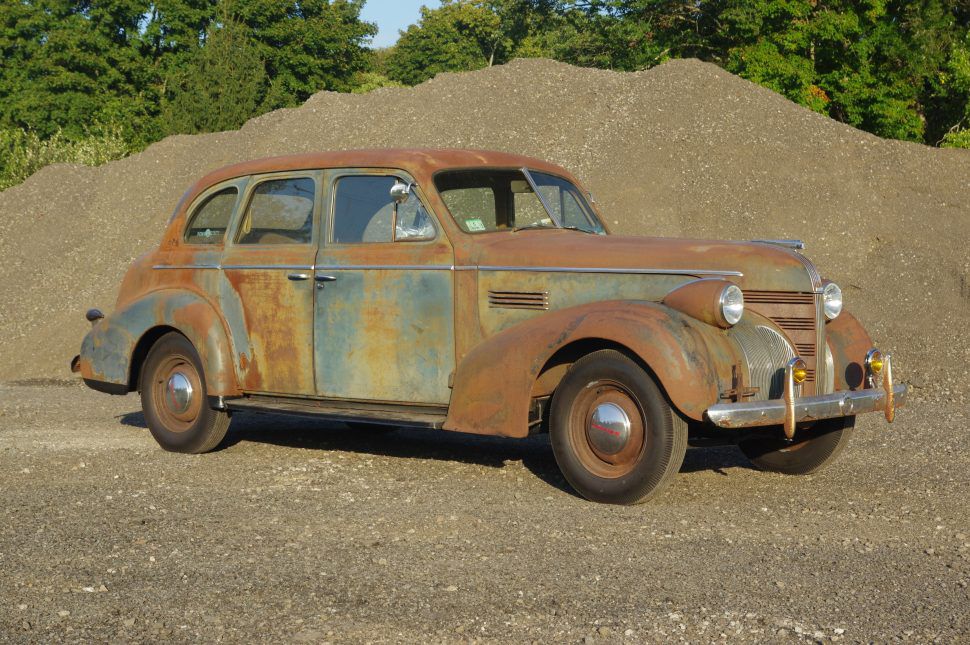 This Pontiac sedan makes the 1939 Ford look almost concours-level, but it does offer restorers of similar cars an honest glimpse into how they were originally built, and for that we say it should remain as is. 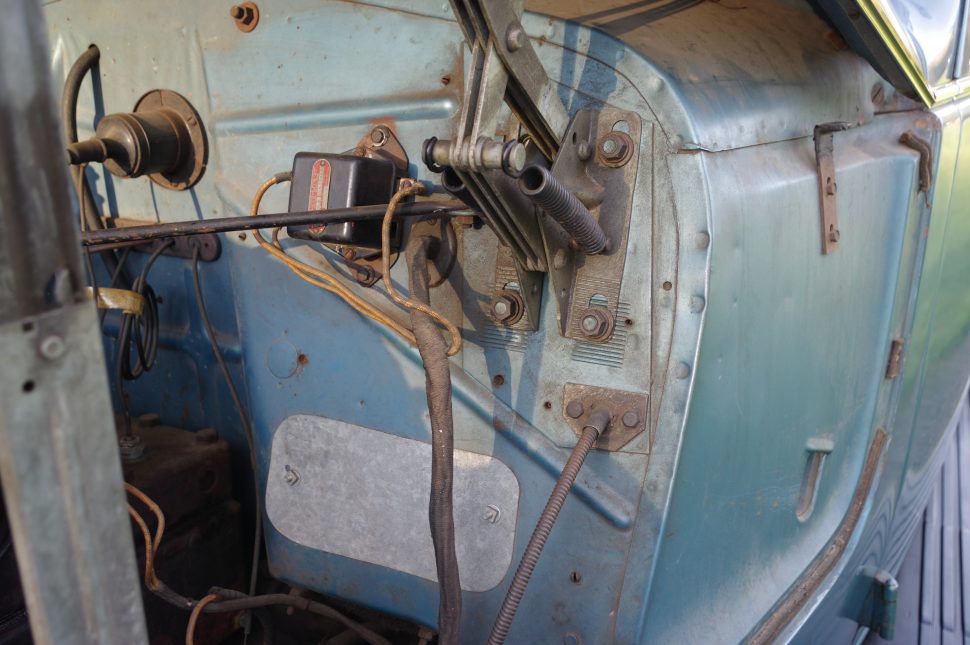 This unrestored firewall reveals how the cables and wires were routed, while the rusty fasteners prove they were installed after the Hupmobile’s body had been painted. Hinge assemble mounting studs clearly were attached to the body prior to painting. 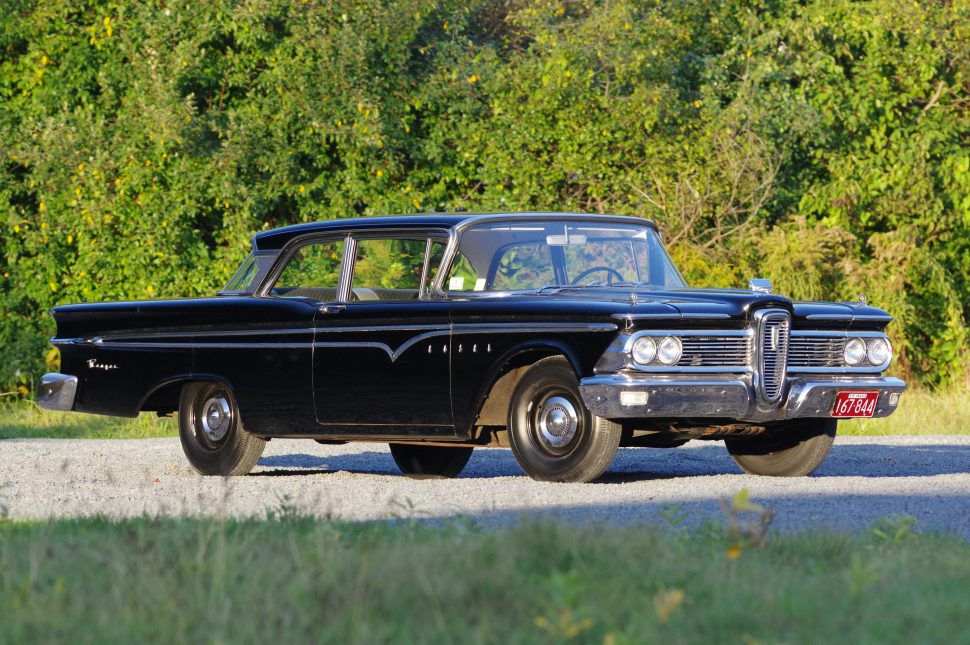 This Edsel Ranger demonstrates that even 60-year-old-plus cars, if well taken care of, can retain a like-new appearance. 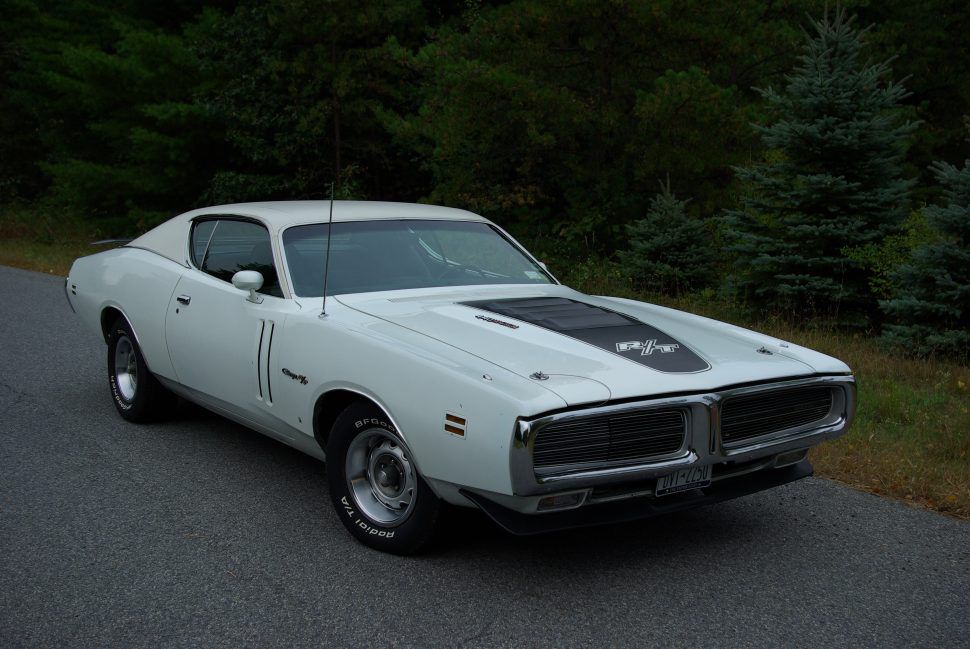 The white paint on this unrestored Charger reveals lots of stone chips up front which proves the paint is original. And the more miles a car has been driven, the more chips and flaws it should have. 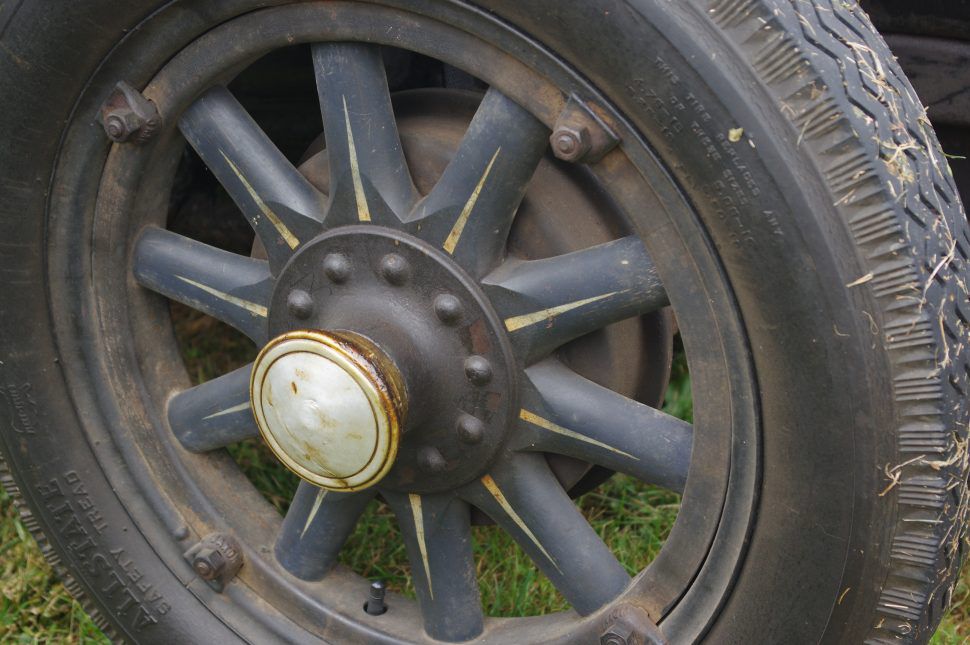 The wooden spokes on this artillery wheel belong to a 1929 Pontiac Big Six and reveal how they were originally painted. 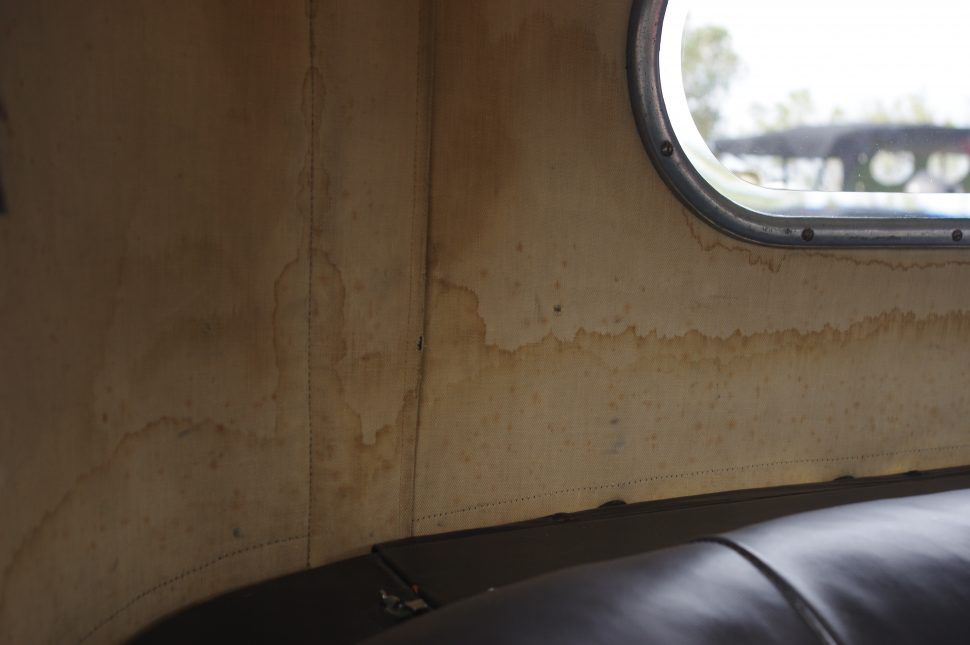 Although the canvas top on this 1926 Pierce-Arrow Runabout is water stained, it’s the perfect template to ensure future convertible tops are reproduced correctly. 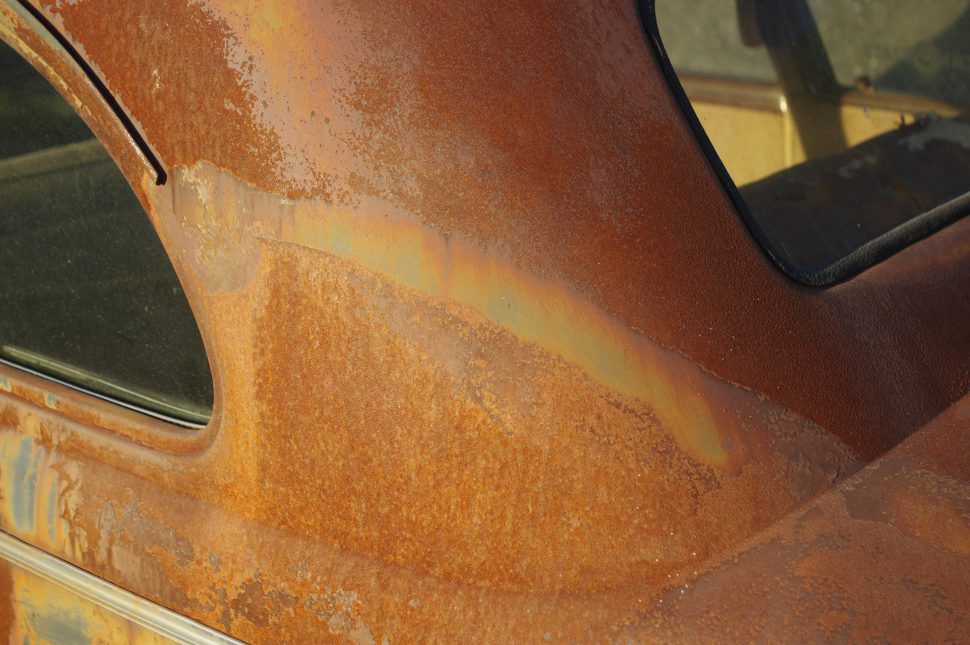 Rusty surface aside, this body seam on the C-pillar of a 1939 Pontiac sedan can help guide restorers on the proper construction method employed for these General Motors sedans. 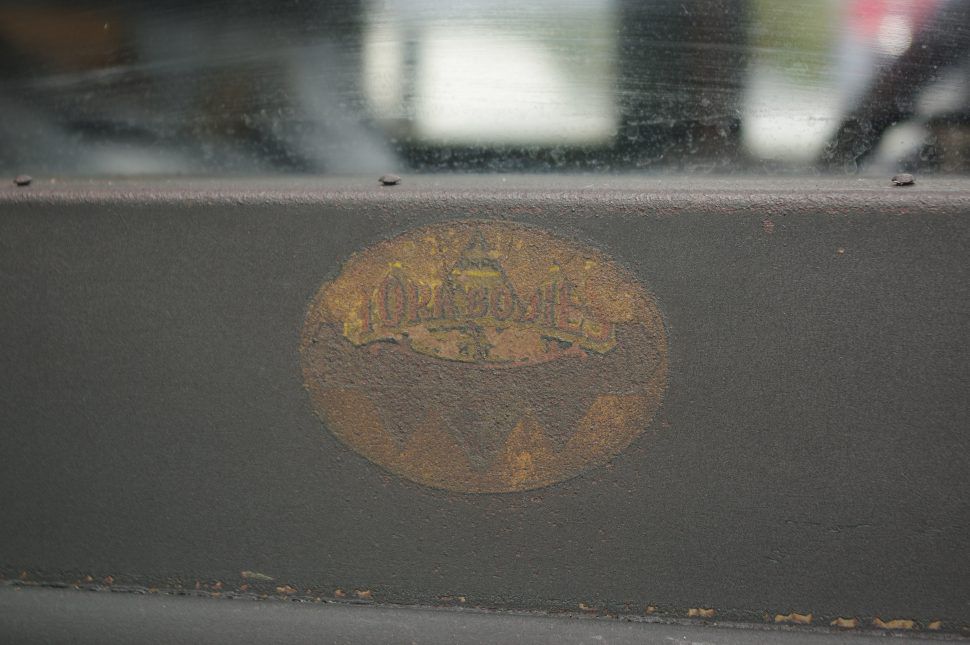 Barely legible it may be, but this 93-year-old decal on the door of a totally original 1927 International truck is a valuable feature that’s rarely seen today, and needs to be preserved. 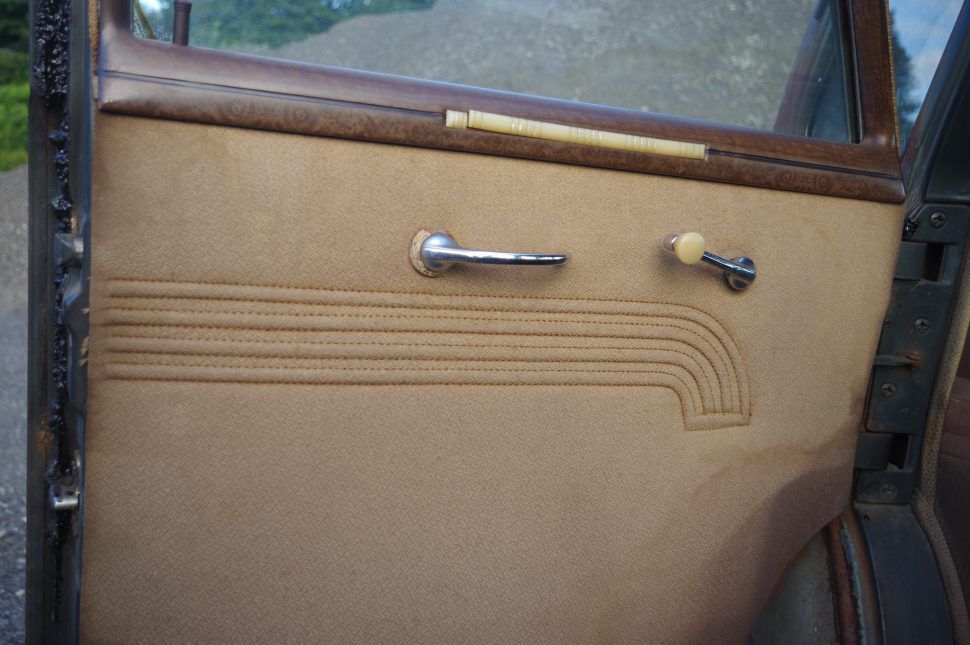 Even though the escutcheon on the door handle is cracked and the fabric is stained, an original panel such as this is preferable to a reproduction panel which won’t have the factory-correct fabric and proper stitching. 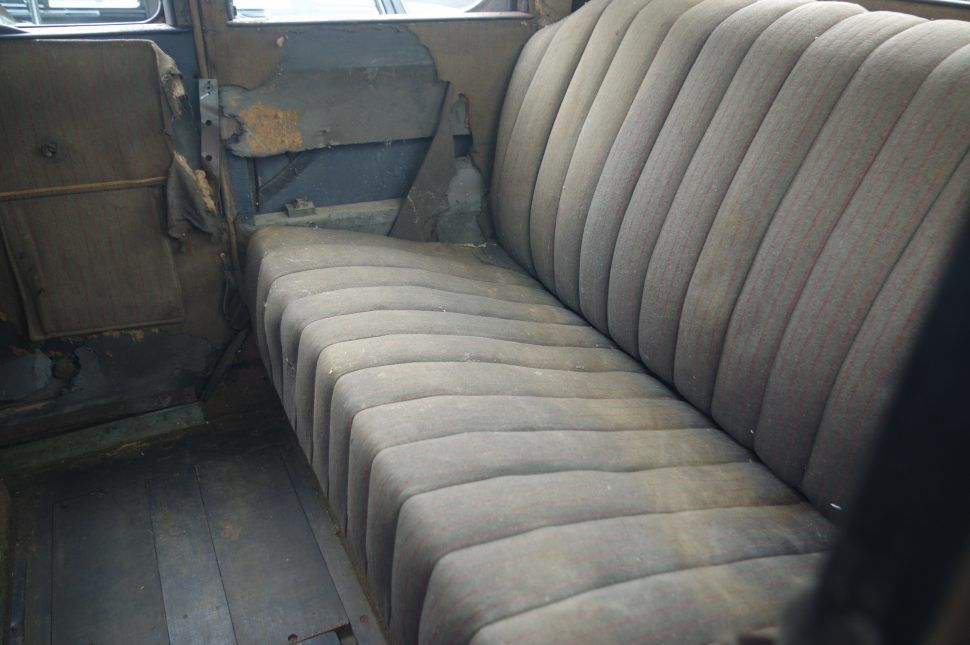 The rear seat upholstery on this 1926 Ford Model T may look shabby but, in reality, all it really needs is a thorough cleaning. There are no rips, so why replace it with a reproduction? 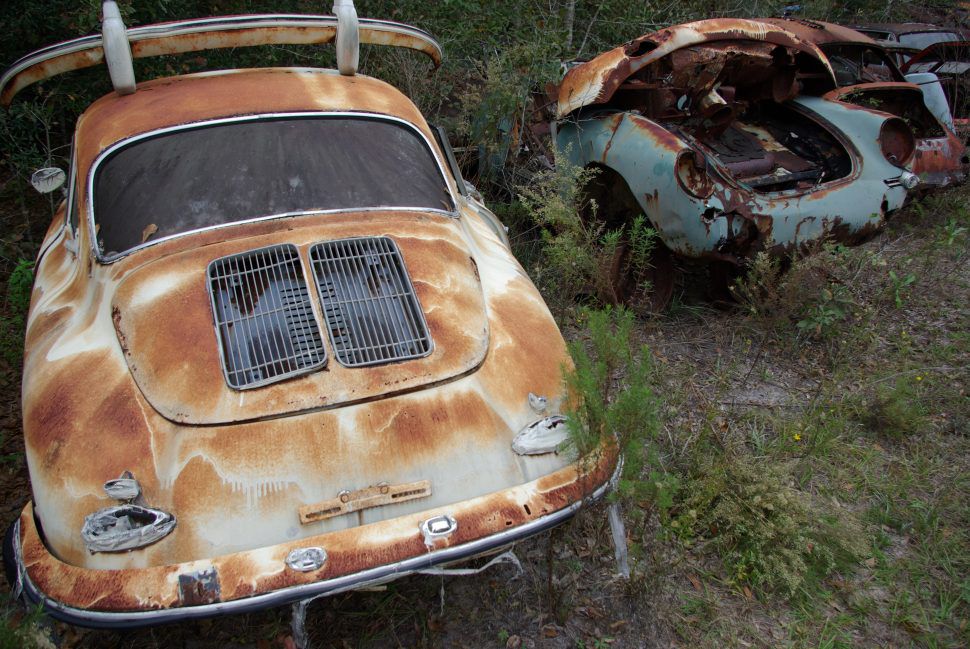 When a car’s originality is too far gone to be saved, as shown with this Porsche 356 twin-grille coupe, a ground-up restoration must be done in order to prevent it from being lost forever.