We’re taking an occasional dip into the new car world to share the news of the 2020 North American Car, Truck, and Utility Vehicle of Year award. Every year since 1994, a panel of approximately 50 automotive journalists from the United States and Canada determine a set of finalists from the list of eligible new vehicles before finally selecting overall winners. The Utility Vehicle of the Year was added in 2017 to separate these vehicles from the Truck of the Year award. Last year’s winners were the Genesis G70 (car), Ram 1500 (truck), and Hyundai Kona and Kona EV (utility). And without further ado, this year’s winners: It’s a story almost 60 years in the making, if you consider how long Chevrolet has been toying with the idea of a mid-engine Corvette. Now, the C8 is finally here and it’s a winner. The new car keeps the classic Corvette pushrod V-8 but wraps it in a new layout for even greater performance, all the while holding the price to a fraction of what it costs to get similar results from a European exotic. Switching to the mid-engine layout hasn’t happened without criticism, especially from many Corvette loyalists, but the successful development of the C8 is exactly the sort of paradigm shift that makes for a worthy Car of the Year award. 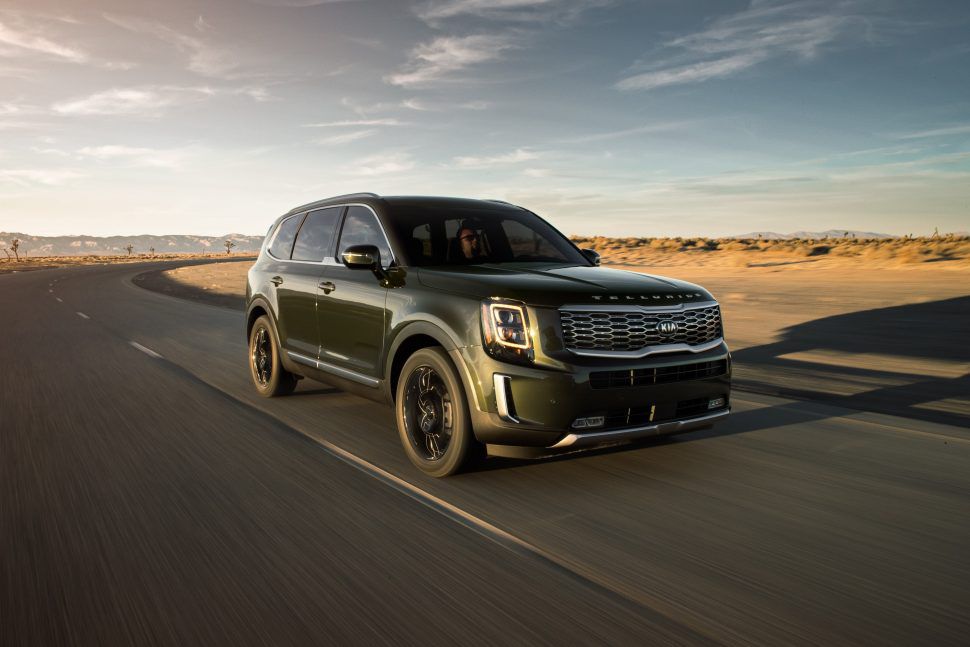 Kia has been quietly building better and better cars and trucks that, aside from the boxy Soul, few might be aware exist. The Telluride could change all that. Aimed straight at the heart of the current market, this three-row SUV combines upright, boxy styling (and a clamshell hood) with a large interior, all at an incredibly competitive price. Where Kia is really showing off, though, is in the small details. Take the USB charging ports on the side of the front seats, for example, which are all the easier for second-row passengers to access in a hurry.

Like the Corvette, this one is a long time coming. Whether you count the previous Gladiator or the Comanche as the last Jeep pickup, it’s been a long time since you could get a seven-slat grille with a cargo bed. The Gladiator brings several new ideas to the midsize truck segment, namely the style and customization that is synonymous with the Wrangler – including a removable top. To quote NACTOY Juror (and regular in the Hemmings comments) John Voelcker, “If you want massive cargo-hauling capability or the ability to tow 10,000 pounds, buy something else. The eagerly awaited Gladiator is a one-of-a-kind truck, every bit the Jeep its Wrangler sibling is … but with a pickup bed.”