All images via Packard Proving Grounds.

During World War II, Packard opened up its proving grounds in Shelby Township, outside of Detroit, for testing one of the few vehicles at the time sturdier and stouter than a Packard automobile: the M4 Sherman tank. As the tanks circled the proving grounds’ high-speed track, passing by the timing stand otherwise used for recording speeds of far faster vehicles, they caused a cascade of damages which will only now, more than 75 years later, be corrected as part of a duo of grants the current caretakers of the grounds recently won.

According to Roger Luksik, vice president of the Packard Motor Car Foundation, the two-story timing stand was already restored once in 2004, but needs maintenance, a repaint, and most of all a lift.

“Further study has shown that the building is now below the grade level of the high-speed test track and needs to be lifted to avoid water pooling around the perimeter of the foundation,” Luksik wrote. “Its not that the building has sunk, rather after WWII the track had to be rebuilt by Packard because the Sherman tanks that were tested at the PPG broke up the track. The newly paved surface then became higher than the old grade.” 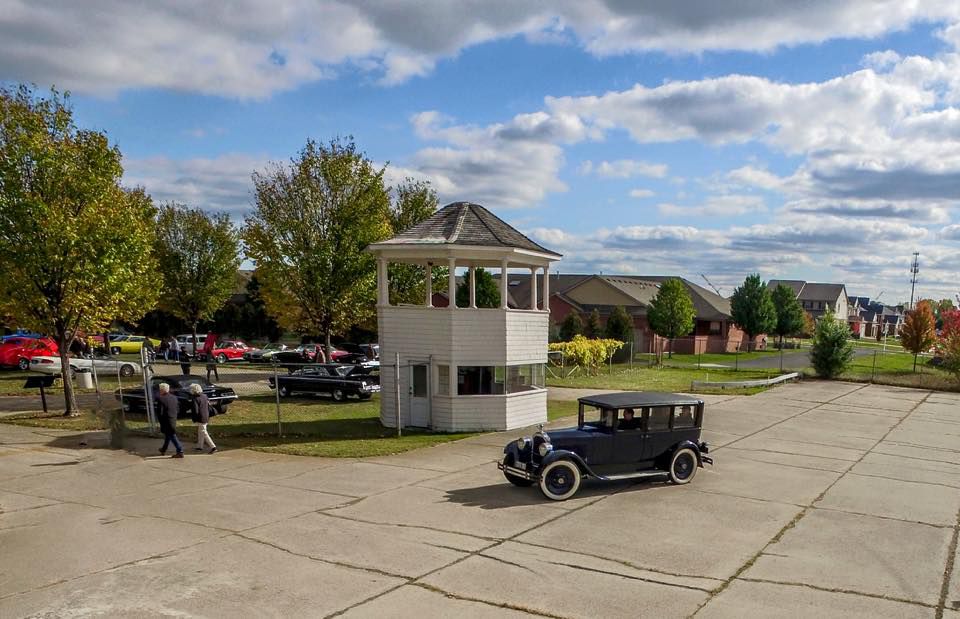 The timing stand restoration is just one of multiple projects the Packard Motor Car Foundation has planned to take advantage of the $10,000 challenge grant and a $1,500 mini grant that the MotorCities National Heritage Area awarded to the foundation last month. The foundation also plans to continue restoration work on the proving grounds’ two original main gates, re-construct a building that Albert Kahn designed for the grounds, and create an interactive display that highlights Packard’s engineering strengths. 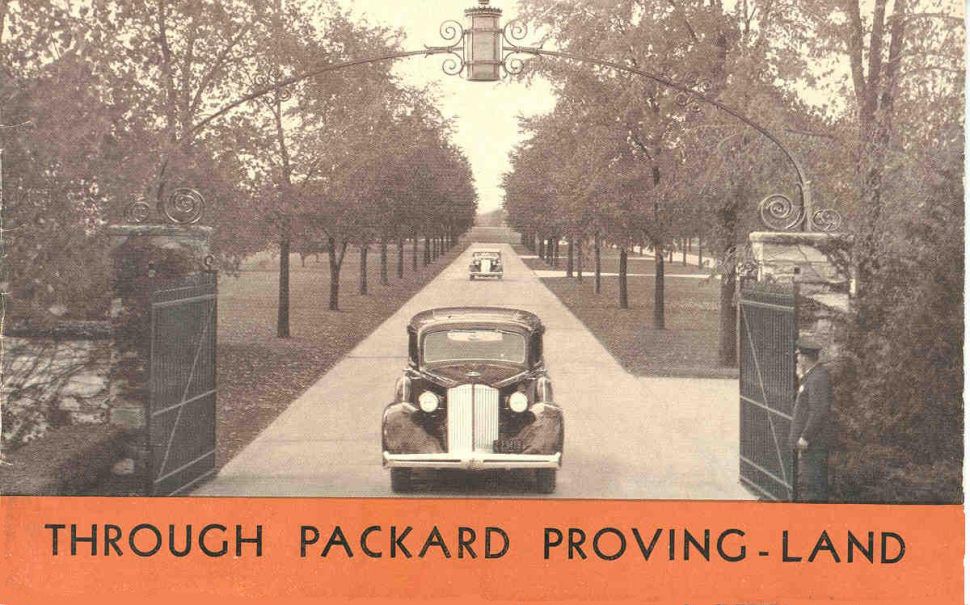 The gates, installed when Packard constructed the grounds more than 90 years ago, have corroded to the point where the hinges “have worked loose from their anchor bolts in the stone columns,” causing the gates to sag, according to Luksik. Restoration on the northern of the two gates is nearly complete after the foundation won a $30,000 cash grant from the Americana Foundation last year, but work on the southern gate – budgeted at $40,000 – has yet to begin, Luksik said. 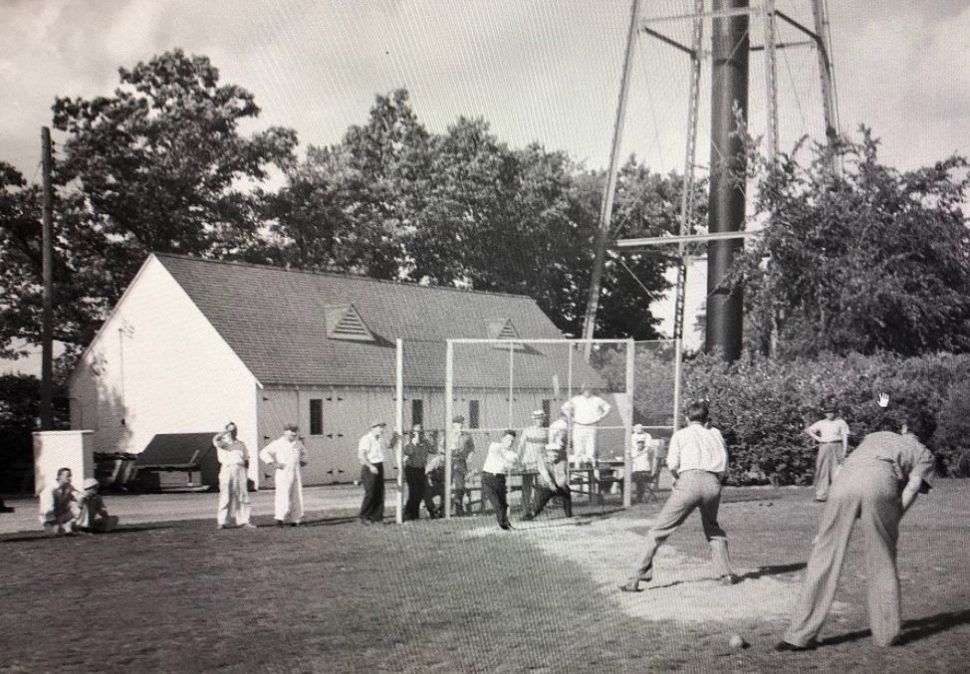 The Kahn-designed building, one of the original set of buildings constructed on the grounds, was a rather straightforward six-car garage at the base of the water tower. It remained standing until the late Sixties, when Ford occupied the proving grounds and used the buildings there as storage for upholstery materials. Reconstructing the garage – a roughly $75,000 project – will give the foundation a climate-controlled storage area for its historical documents and archival materials currently housed in the grounds’ engineering building.

“Our long-term goal is to create numerous educational exhibits, but that cannot be accomplished until we meet our short-term goal to restore more buildings to house those displays,” Luksik said. “We’re still building the museum up around us.”

Luksik estimates the projects above will cost $130,000 total, though the foundation has further projects in mind estimate to cost into the millions. The challenge grant, Luksik noted, is on a 5:1 basis, which means the foundation needs to raise and spend at least $50,000 before MotorCities reimburses $10,000 of that expense.

“We’re always looking for more grants, always have fundraisers,” Luksik said, noting that the income from renting out the grounds’ still-standing repair garage has helped the foundation start to work on renovation projects over the last several years.

Formed in 1997, the foundation bought about 14 acres of the 300-acre proving grounds from Ford specifically to keep the automaker from razing the remaining buildings in an effort to make the property more marketable. Since then, the foundation has convinced the Department of the Interior to place the proving grounds on the National Register of Historic Places and has operated the grounds on a non-profit basis.

Other MotorCities grants include $10,000 for the Automotive Hall of Fame to develop a series of four events honoring hall honorees, $10,000 for the Detroit Historical Society to develop an exhibit and programming on Fisher Body, nearly $10,000 for the Flint Cultural Center Corporation to develop programs for the Vehicle City Gallery in the revamped Sloan Museum of Discovery, and more than $9,000 for the University of Michigan’s Department of Performing Arts Technology to produce a documentary film on Henry Ford.

Other $1,500 mini grants went to the Detroit School of Arts, the Engineering Society of Detroit, the Ford Piquette Avenue Plant, the Genessee County Historical Society, and the Canton Partnership for the Arts and Humanities.

For more information about the Packard Proving Grounds and the MotorCities grant cycle for this year, visit PackardProvingGrounds.org and MotorCities.org.