Racing legend and safety innovator Bill Simpson passed away on Monday, a few days after suffering a stroke. He was 79 years old. As a driver, Simpson was injured at a drag race in California in 1958 that broke both of his arms. While recuperating, Bill became interested in finding safer ways for drag racers to compete and he began making the first rear parachutes for dragsters. His company, Simpson Performance Product,s grew from those humble beginnings to a premiere suppliers for safety equipment for all types of racing today. From dirt bikes to NASCAR stock cars to Indy Cars and every regimen in between. Helmets, fire suits, safety belts, gloves, and many other products were developed and tested by Bill personally to assure customers that the products did what they were intended to do. Bill was also the first to develop Nomex fire suits, after being introduced to the material by astronaut Pete Conrad. By the following year, there was hardly a single driver at Indianapolis or on the drag strip that did not have a Nomex fire suit and gloves. 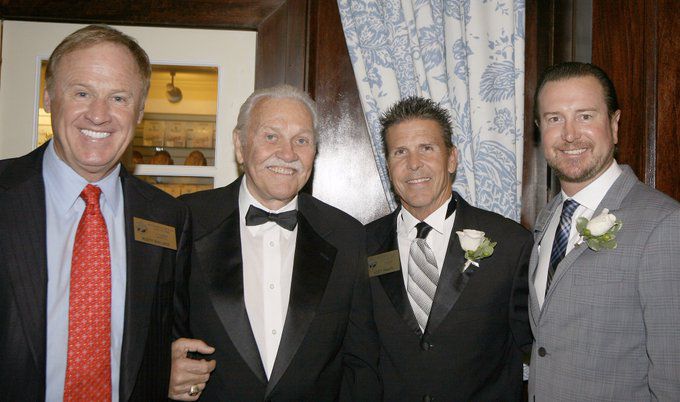 Photo of Rusy Wallace, Bill Simpson, Scott Pruett, and Kurt Busch at the Motorsports Hall of Fame of American induction ceremony in 2003.

While heading up his company, Simpson continued to race when possible. Equally capable to drive a dragster, open-wheel, or sports car, Bill competed in SCCA and USAC events throughout the sixties and seventies. He had over 50 Indy car starts to his credit between 1968 and the late seventies, with a career best finish of 6th in the 1970 Milwaukee 200. Bill also qualified for the 1974 Indianapolis 500, finishing 13th after engine problems with his car. Business commitments kept him from attempting to qualifying for Indy again until 1977, but he did not make the field. By then he figured he gave it his best shot and he retired from racing shortly afterward.

Bill left Simpson Performance Products in 2001 after the death of Dale Earnhardt Sr. in the Daytona 500. He started his next safety venture in 2002 with his new company Impact Racing. He retired for good in 2010 after selling Impact Racing to MasterCraft Safety. Bill was inducted into the Motorsports Hall of Fame of America in 2003 and the Indianapolis Motor Speedway Hall of Fame in 2014. He also co-authored two books, Racing Safely, Living Dangerously and its sequel Through the Fire. A memorial ceremony is planned for May at the Indianapolis Motor Speedway Museum preceding the speed weeks. Our condolences go out to his son and his family.