With every new Ghostbusters film, it seems we’re introduced to yet another incarnation of the Ecto-1, perhaps the world’s most famous Cadillac-based hearse. Except the latest version, as seen in the recently released trailer for “Ghostbusters: Afterlife,” apparently recycles an earlier version that was once literally headed to the scrapheap.

“The main car that was the Ecto-1A has in fact been repurposed as one of three Ecto-1 cars for the new movie,” said AJ Quick, webmaster for the Ghostbusters Fans website and one of the instigators of the fan petition intended to save Ecto-1A from the crusher six years ago.

Ecto-1, as lore goes, actually died on the Brooklyn Bridge during filming for the sequel. Still, Sony treated it to a full restoration and has displayed it in various venues, including the Petersen Automobile Museum in 2014, all the while leaving the Ecto-1A to languish on a Sony backlot after a proposed restoration fell through in 2007. 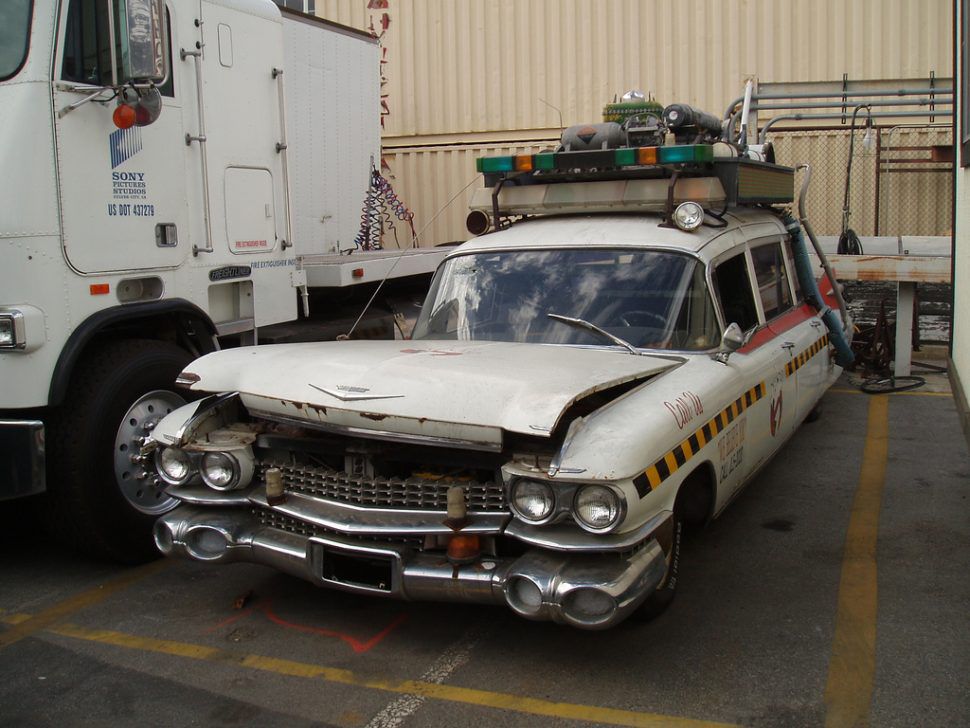 While Sony didn’t appear to respond directly to the petition – and definitely didn’t sell Ecto-1A to Ghostbusters Fans for its scrap value – Quick claims that the petition did motivate Sony to put Ecto-1A into storage. “Certainly the petition helped cement the idea that this was stuff that needed to be kept,” he said.

According to Quick, Sony converted the former Ecto-1A into a reasonable facsimile of the Ecto-1A (minus the ladder swapped to the driver’s side and the rear passenger door converted to suicide opening for the gunner’s seat) for “Afterlife” and outfitted two more Cadillac Miller-Meteor hearses for shooting; all three now have GM LS V-8s under their hoods. The restored Ecto-1 wasn’t used for filming the new movie, Quick said, and all the parts from the Ecto-1A “are still around and in good hands.”

“Ghostbusters: Afterlife” is scheduled to be released in July 2020.