In the new feature film Ford v Ferrari, Matt Damon, who hails from Massachusetts, tries his hardest to “talk Texan” in his starring role as Carroll Shelby. I knew Carroll for the last half century or so, and can say it was close, but no cigar.

Shelby moved to California in the mid-’50s to be a race driver and started several businesses there. In addition to building the eponymous Cobra and Mustangs in the ’60s, he owned several other businesses including a race tire dealership and wheel companies. Early on, he learned the charm of laying on the Texas accent as he met newcomers, selling them on the man and not just the products he sold. Shelby kept the accent fresh by visiting his ranches in Texas.

Carroll Shelby was widely known to not mince words, and he had plenty of his own idioms. Here are some southern, Texas, and Carroll-exclusive phrases you might have heard from Der Snakemeister: One to several people: “y’all”
More than five people: “all y’all”

A person who lacks intelligence: “Dumber than a sack of rocks.”
A person who lacks funds: “He doesn’t have a pot to piss in or a window to throw it out of.”
A nervous person: “He was as nervous as a long-tailed cat in a roomful of rockin’ chairs.”
Another way to describe the intellectually lacking: “He couldn’t find his ass with both hands in his back pockets.”
A person who is cheap, or stingy: “He squeezes a nickel so tight the buffalo screams.”
A person in obvious distress: “You look like you been rode hard and put away wet.”
A person who lost their temper: “They flew off the handle.”
Two more ways to describe angry people: “He’s got a burr in his saddle,” or “He’s pitchin’ a hissy fit.”
The overweight: “Fat as a tick.” or “corn-fed.”
The unattractive: “He’s so ugly he’s gotta sneak up on a glass of water.”
A person who is conceited: “He thinks the sun comes up just to hear him crow.”
A person beneath Shelby’s regard: “I wouldn’t go over to piss on him if he was on fire.” Announcing a plan: “We’re fixin’ to…”
Being busy: “I’m as busy as a one-legged cat in a sandbox.”
Thinking out loud: “I reckon…” (instead of “I suppose”)
On competition: “If you can’t run with the big dogs, stay under the porch.”
How to start a sentence telling someone they’re very wrong: “Why, bless your heart…”
When you suspect someone isn’t being straightforward: “Don’t piss on my leg and tell me it’s rainin’!”
Ending a conversation abruptly: “Kiss my go-to-hell!” 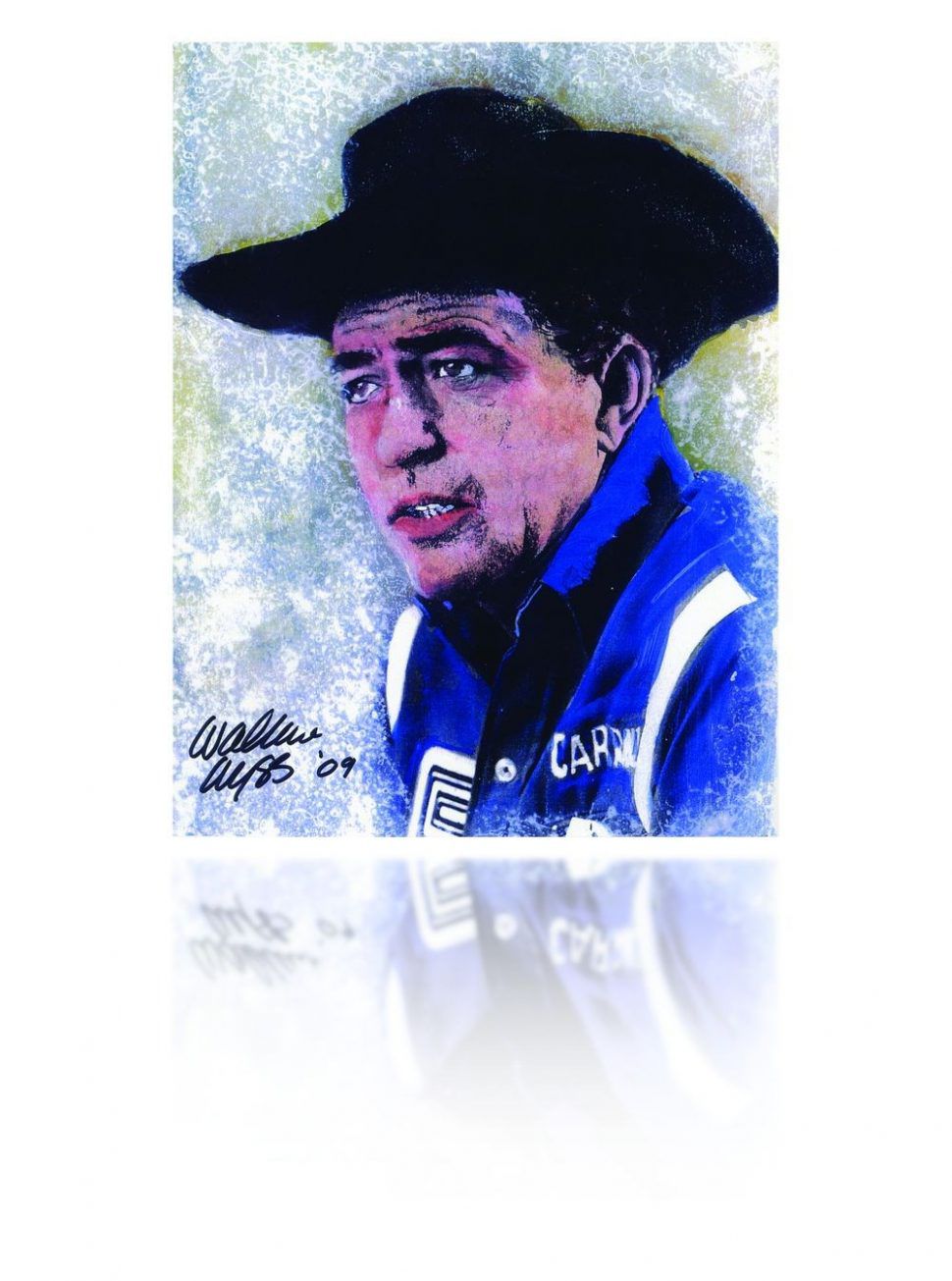 There’s a few I couldn’t figure out like “Well butter my butt and call me a biscuit” I think it’s an expression of surprise. My favorite Shelby phrase of all, though, was “That dog don’t hunt.”

THE AUTHOR: Wallace Wyss is a regular contributor to Hemmings. His bio of Shelby called Shelby: The Man, the Cars the Legend, is available from EnthusiastBooks.com