With a deep-seated passion and life-long appreciation for automotive literature, this soft-spoken gentleman was a friend to everyone who ever met him. On Friday, November 15, the collector-car hobby lost a giant of a personality when Walter Miller passed away at age 66. It was a life cut short by Pancreatic cancer.

Walter began collecting literature on automobiles – both American and foreign – at a very young age, and he never stopped. He turned his love of printed brochures into a life-long career, one which has benefited thousands of car enthusiasts throughout the world.

Be it brochures, owner’s manuals, maps, posters, paint chips, and even old signs and garage/dealership displays, if it had anything to do with automobiles – trucks too – and any one person in the world had an example of it, it was most probably Walter. His building in his beloved hometown of Syracuse, New York, was filled literally to the rafters with all sorts of automobilia.

During an interview for the September 2005 issue of Hemmings Classic Car, he told senior editor Jim Donnelly, “All my life, I was always oriented toward business, but I never really thought my business would be in automotive literature. After McGill (he graduated from Montreal’s McGill University with a master’s degree in business), I thought I would probably go to Detroit and try to become an automotive executive. But by then, I was starring to look at the literature thing as a real business in and of itself. I’ll never forget, the first two years I was in it after I graduated, it took me those two years to buy enough material to fill up my first four-drawer filing cabinet. Today, I buy those fireproof cabinets 40 at a time. Right now, I’ve got about 500 of them” 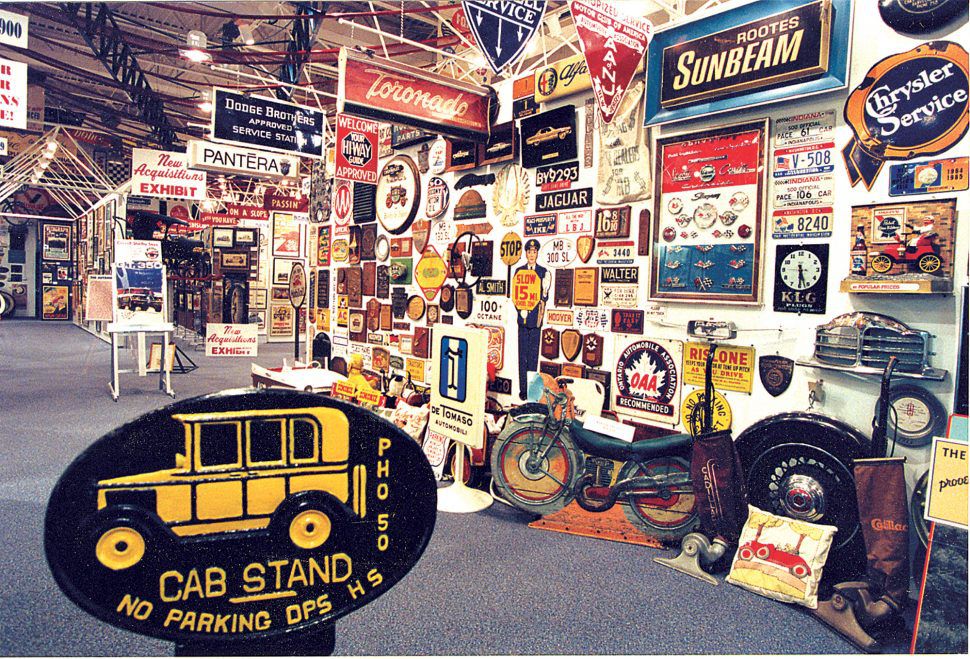 Besides his love of literature, Walter was the consummate car guy. At the 2018 Hemmings Concours in Lake George, New York, I spoke with Walter at length about his all original 1966 Lancia Flavia coupe, as we both shared a deep appreciation for Lancia automobiles. With its faded paint, cracked upholstery and oil-covered engine bay, Walter drove his beloved unrestored Lancia 340 miles that day – a six-hour roundtrip – just for the fun of it. He also owned a 1913 Cadillac, 1917 Packard, a Franklin and a Lancia Flaminia, among others. Regardless of the make, model or country a car was built in, if it had wheels and an engine, Walter was interested in it. He was the real deal.