Maurizio Reggiani, Lamborghini’s chief technical officer is smitten with the V-12 engine. “The V-12 represents, the peak of excellence,” he says. Though he’s an engine engineer by training—he was the lead engine designer for Maserati in the Eighties and for Bugatti during the quad-turbo V-12 EB110 era in the Nineties—his affection is more than career-oriented. It’s almost reverential. “A V-12 is born to be like a singer.”

But his assessments also contain strong hints of professional pride. “V-12 is the top level of engineering you can imagine,” he says, delineating issues like the engine’s relative length and correlative need for stiffness, its challenges with friction, and its innate emissions production. “All of this means that you need really to push at the systems. More and more, it must be more perfect than a watch, than a mechanical watch.” 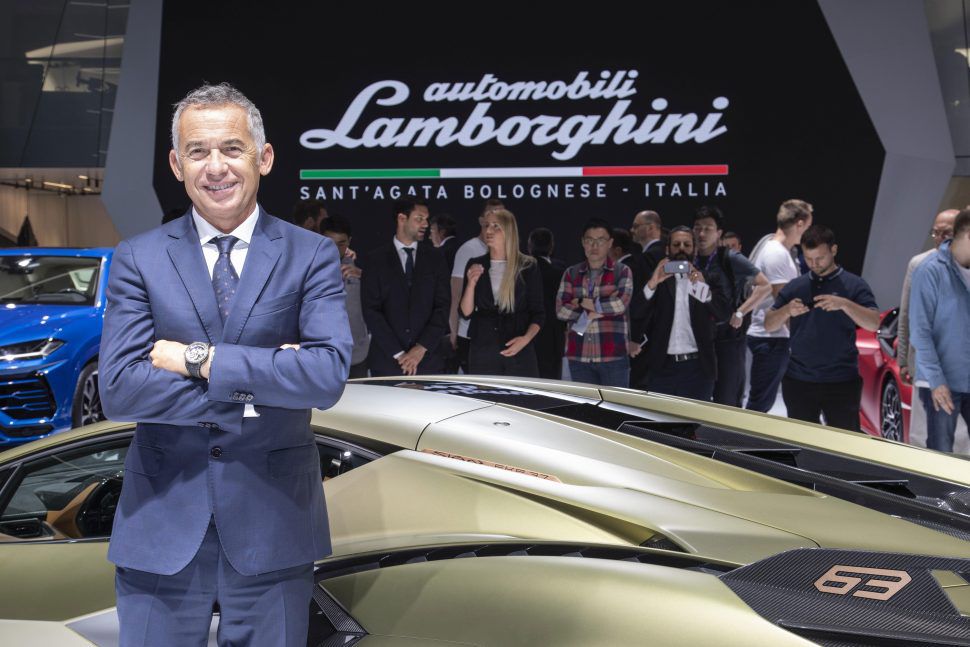 This passion makes him a great fit at Lamborghini, where V-12 engines are a foundational component, and where he has worked for decades. The very first Lamborghini road car, the 1964 350 GT, featured a 3.5-liter V-12, and the motor has been a staple in the stable of the charging bull brand ever since. But while these derivatives are related, and can trace their lineage back to this seminal grand tourer, they also offer a range of differences and individual advancement. “What was great from Lamborghini, was that every V-12 that they did is completely different from every other,” Reggiani says. 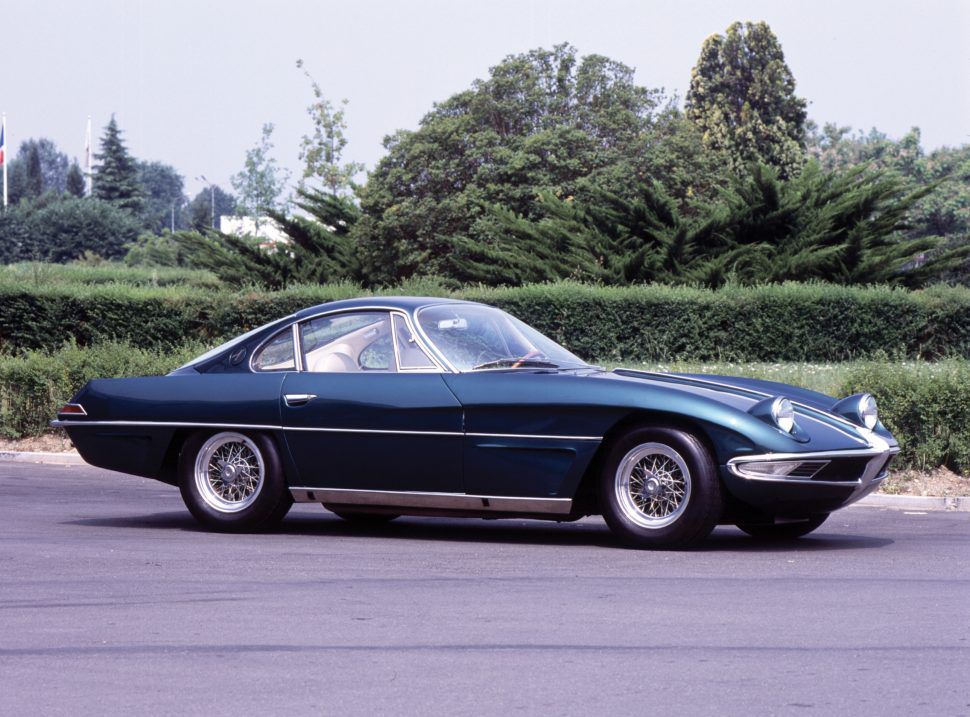 The 350 GTV was the prototype for Lamborghini’s first production car, the 350 GT, starting a 50-plus-year tradition of V-12 engines.

He runs through the brand’s six-decade timeline, citing innovations that Sant’agata has brought to the world of twelve-cylinder cars. He notes that the V-12 in the 350 GT was the first in the world with a double overhead camshaft. He singles out the 3.9-liter twelve-pot in the Miura for being not only transverse and mid-mounted, but for having its gearbox and rear differential fundamentally attached. He mentions the fact that this same 3.9-liter motor, now mounted longitudinally in the Countach, was revolutionary because the transmission was placed in front of the engine, essentially just under the gearbox lever, to aid in weight balance. He talks rapturously about the variable intake system, of his design, on the Diablo’s 5.7-liter V-12, and the 6.2-liter version that went into the Murcielago, which provided a flatter torque curve. And he speaks of the variable valve timing and injection systems on the 6.5-liter V-12 introduced in the Aventador. 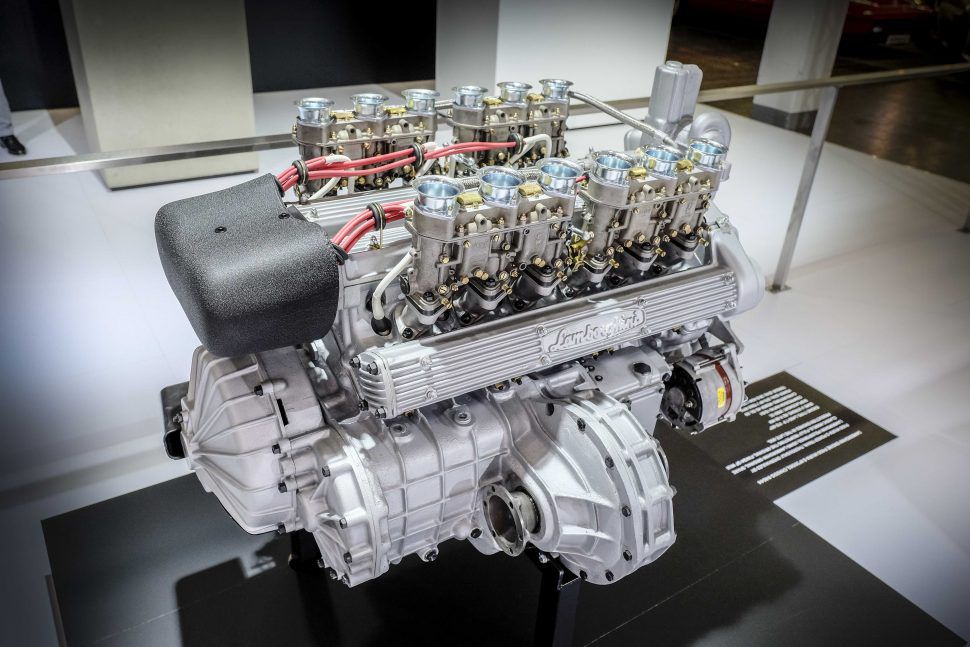 Mid-mounted, transverse, and tightly integrated with the gearbox–the Miura’s engine is a marvel.

When asked to pick a V-12 car from the automaker’s heritage, he does not hesitate. “If I could have a dream, I think no car can be sexy like Miura—and that’s just from an engineering point of view!” he laughs. “If you asked me what is the most extreme masterpiece in terms of engineering of a V-12 of Lamborghini, it’s definitely Miura.” 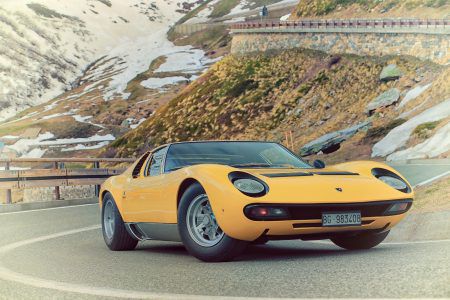 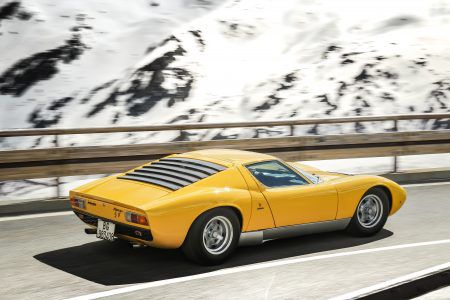 Of course, acquiring a Miura in this market presents significant challenges. “If you see the cost of a average vintage Lamborghini now, the price is really, high,” he says. “You have Countach that arrives at auction now more and more close to 700,000 or one million Euro [$750,000-$1.1 million.] And Miura is already close to two million.”

For those of us of less intense means, however, he has another option. “If you want to know what I think can be the most easy V-12 to handle, out of production, it’s the Diablo. Diablo is much more close to a modern car. There is already a level of electronics inside, there is a level of control inside that is much more easy,” he says. “If you think of an engine like in a Miura, where you have four carburetors, and every single carburetor must be adjusted individually, that is really a kind of a mystery, like magic. With Diablo, you have electronics, and you plug a computer and you’re able to say cylinder number three needs a little more fuel or a spark.” 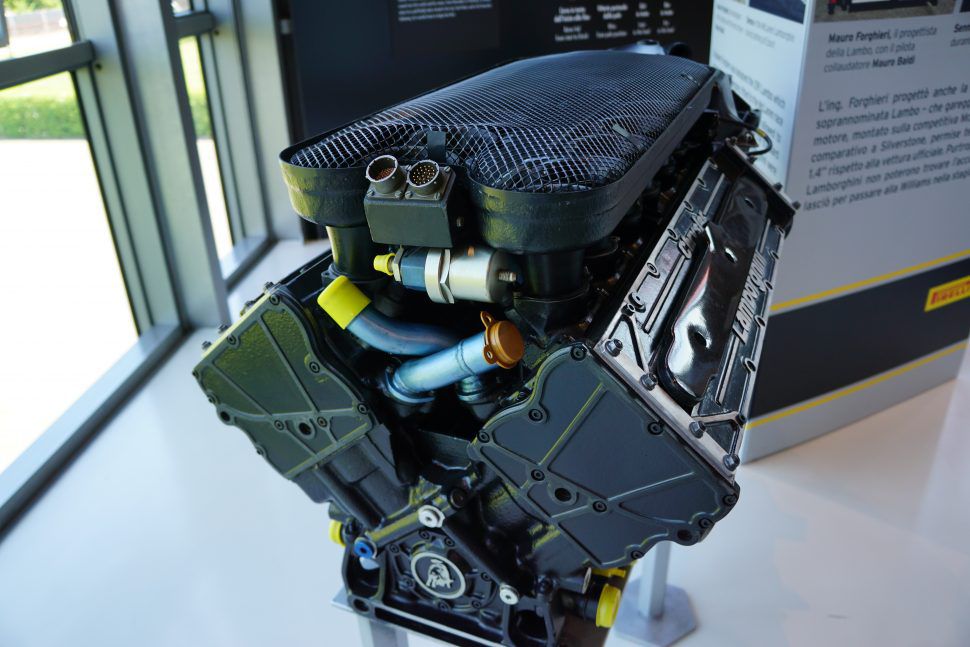 Reggiani says the Diablo’s V-12 is the perfect mix of simplicity and modernity.

Thinking toward the future, instead of the past, we ask Reggiani overtly if the naturally aspirated V-12 motor will continue to be a key part of the Lamborghini identity. He is similarly confident in his assessments. “It’s clear that if I look to the future, we want to make another revolution, and that will be the new car that will come out with the next V-12,” he says. “A hybrid battery system will be mandatory for the future. But what is important is that I can tell you that V-12 will continue. And a new naturally aspirated V-12 means the same emotion, and the same responsiveness or better of what we have today.” 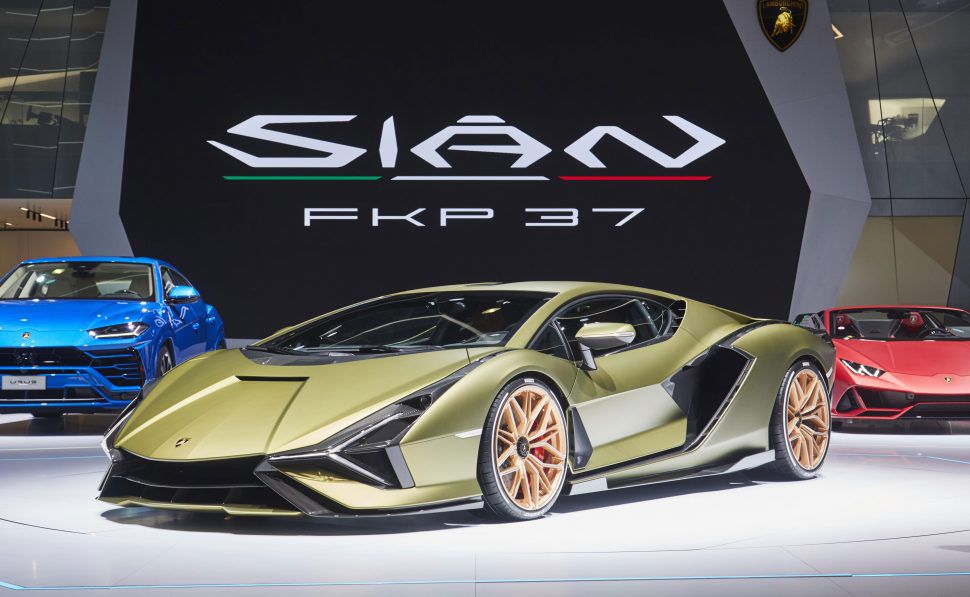 The Sian, Lamborghini’s latest limited-production special edition revealed at the 2019 Frankfurt Motor Show, uses a supercapacitor and an integrated starter/alternator motor to supplement the power of its V-12 engine.