Yes, everything’s upended these days. For example, though the caption above says that’s a picture from Mad Max: Fury Road, it’s actually me and the boys scouring Bennington for peanut butter M&Ms after I ran through my quarantine stash. (Guess which one’s me!) But no, we’re not actually staring down the end times.

However, that hasn’t stopped people from confusing a pandemic with the apocalypse and suddenly taking a big interest in bugout trucks and other vehicles to ride out the end of the world. I’m just as guilty, as seen in the plans I put forth for my $5,000 Challenge pick from the other day. Also, apparently, so is the rest of the Hemmings staff, after our conversations about what we’d choose for a post-apocalyptic vehicle.

Matt Litwin, for instance, fell back to a car already in his garage, his 1952 Buick Roadmaster.

4,500 pounds of solid steel with enough trunk space to hold six cases of toilet paper, and enough cabin space for four people and at least a month of supplies for camping on the road (with gear). 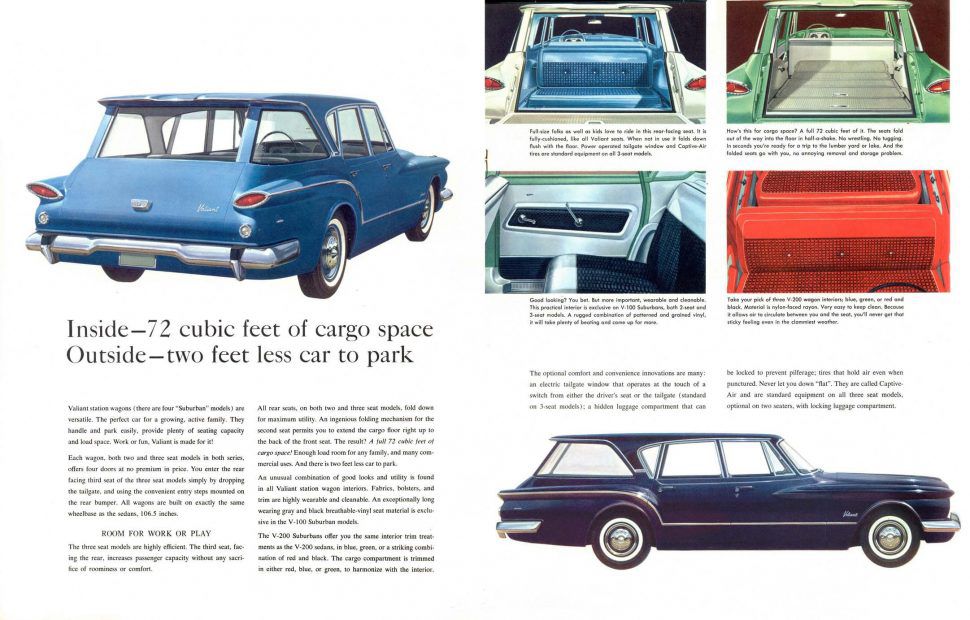 David Conwill doesn’t already have a 1963 Plymouth Valiant station wagon in his garage, but now he’s thinking he might need one.

With the big straight-six and a pushbutton TorqueFlite.

Unkillable, easy to work on, rugged, and a manageable size.

Four doors for the family and plenty of enclosed cargo space.

Jim O’Clair knows a vendor in Texas who still has a few cables for the pushbutton mechanism, so that’s the first stop on our post-apocalyptic road trip

Barring that, Conwill’s backup choice would be something like the 1921 Studebakers that navigated the Rubicon Trail to prove their ruggedness.

They’ve also got plenty of capacity in the bustle for kids and cargo, as needed. To go trade homegrown vegetables, eggs, and smoked venison with the next town over. 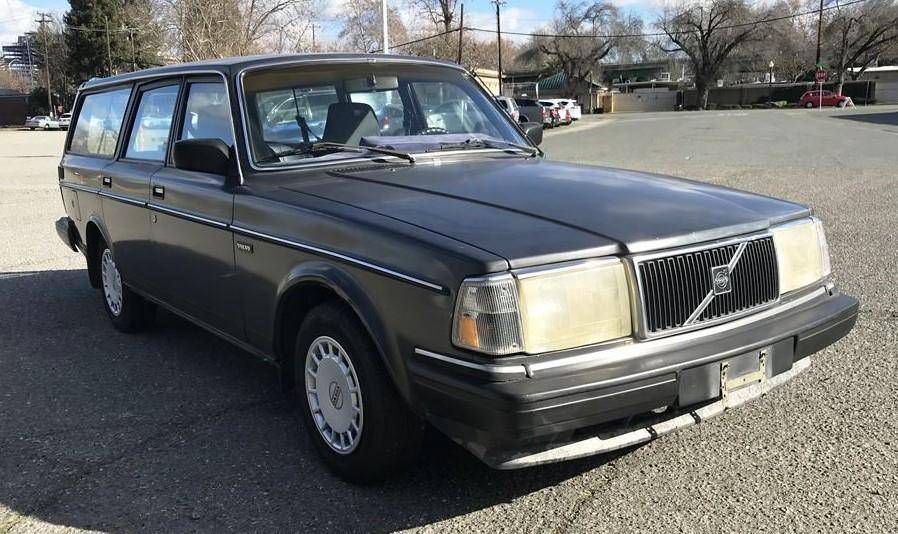 Speaking of rugged, Mark McCourt hails the most tank-like of all automobiles.

Much like the diesel-fueled W123-chassis Mercedes-Benz, the Volvo 240 was a well-engineered, under-stressed, low-powered vehicle that was safe, simple, and well screwed-together.  The wagon body style is the most practical, with acres of cargo space for storage or sleeping, and often (but not here), a luggage rack for carrying additional stuff outside. The 1986-’93 examples share a 114-hp 2.3-liter four-cylinder that is capable of astronomical miles if looked after, and the rear-wheel-drive chassis is almost perfectly balanced, good for going through most any road condition with proper tires. I would elect for a manual transmission version—something like this 1986 240 DL for sale on Hemmings.com because I’m a purist and it’s genuinely fun to drive; I’d prefer the 1987-up “M47” five-speed over this 1986 example’s “M46” four-speed plus electric overdrive, as the overdrive solenoid can be a trouble spot. Regardless, I believe a “red block” Volvo will still be going when the sun finally sets. 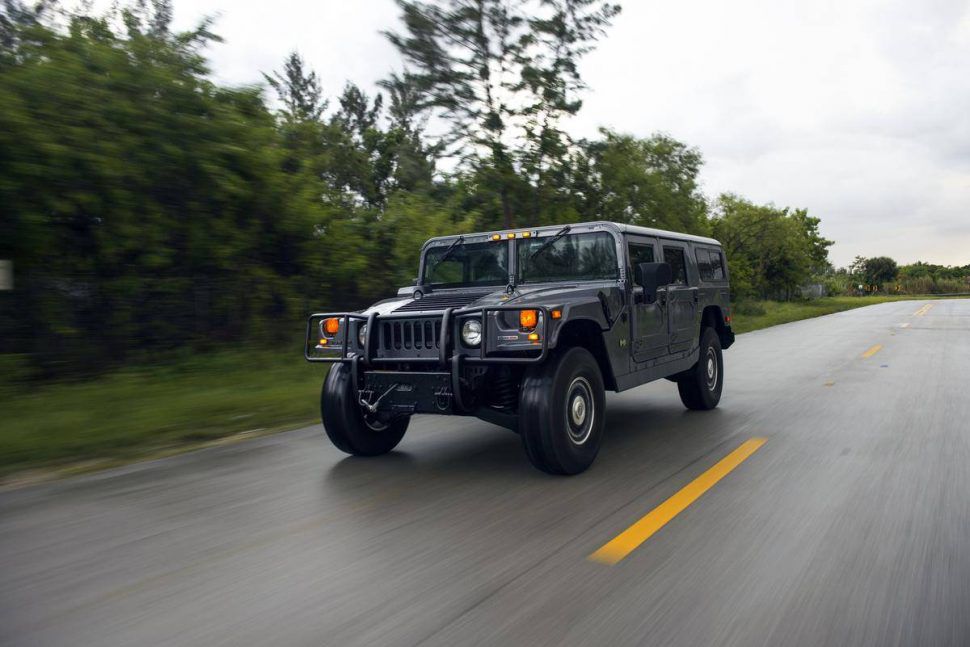 Mike McNessor apologizes for using this opportunity to continue his boosterism for the Hummer H1 Alpha.

Shameless, I know, but the Alpha really was the big gun of civilian Hummers packing the 300-hp/520 lb-ft Duramax 6600 and Allison five-speed automatic combo in place of the 6.5 turbo and 4L80-E four-speed. The Big A was offered only in ’06 and fewer than 800 were built before civilian H1 production ceased altogether. There are a few for sale on Hemmings.com right now, but I’m partial to a four-passenger open top.

Not that I’d turn down a nice wagon either. Whatever the premise of this assignment, I’m pretty sure a Duramax-powered Hummer must fit. If not, well then, it’s the premise’s fault.

There are too many unknowns in a theoretical post-apocalypse time. Proper preparation says the Mitsubishi Delica is the perfect all-around choice. A commanding view of the road to see looters and bandits for miles ahead. Ample space for supplies, a place to sleep, or even hold a very serious meeting with your local warlord. An industrial-quality diesel engine that, in a pinch, you could convert to run on any number of other fuels. And most important, a four-wheel-drive chassis that is friendly to upgrades. If the world falls apart, I’ll be able to drive over any obstacle necessary to get to the coffee shop.

Lest he let this opportunity go by to grab something with oomph, Dan Stoner thinks the Tobacco King 1963 Ford Galaxie will do the job nicely.

Commissioned by Zach Reynolds of the Reynolds Tobacco fortune, this ruler sports a Latham-blown 427 for getting out of urban areas quickly, a complete ham radio setup under the dash for communicating with the Mongolian yurt-maker to make sure my custom tent is waiting for me in northern Kyrgyzstan, a Turbonique rear axle that puts an extra 850 hp to the straight line across the Asian continent that the car is really only capable of and a parachute bolted to the rear end for stopping when I’m 12km out from my new compound, er, remote Hemmings office. 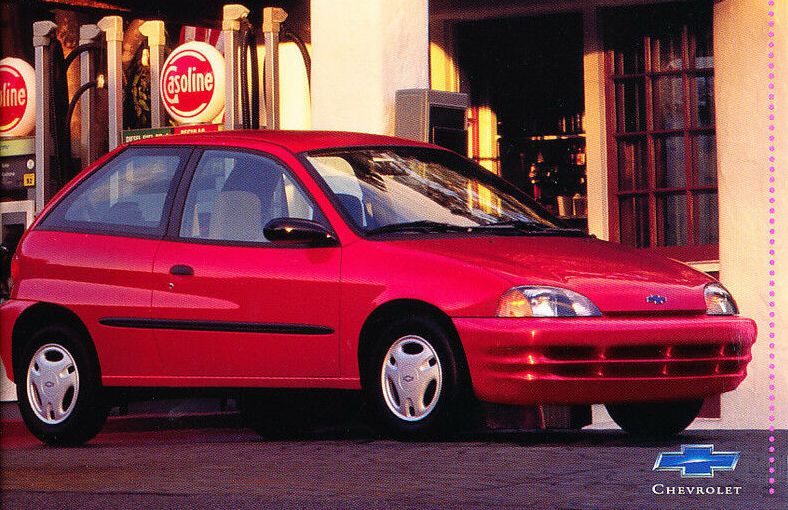 As for me, here’s what I don’t get about your typical post-apocalyptic vehicle choices. Look at The Road Warrior or Fury Road or the vehicles of Wasteland Weekend, which is probably the template most of us follow when we first think about vehicles to survive the wasteland. Fighting over the last few precious drops of guzzaline with… vehicles loaded up with bull bars and supercharged V-8s that swill the stuff faster than my 401k is plummeting. Makes perfect sense, right? (Yes, I know, Hollywood action movies require a suspension of disbelief and, beside, George Miller was making a specific point by using those hyper-masculine vehicles, but who really paid that much attention when there were things exploding?)

So maybe, if we still require current levels of mobility in the wasteland, wouldn’t we need vehicles that don’t require difficult-to-source-and-refine fuels or at least vehicles that ration out what little gasoline is left? Perhaps a more realistic post-apocalyptic vehicle would be one that runs on fuel you can create yourself, like methane/LP gas derived from anaerobic breakdown of organic waste or ethanol/methanol brewed and distilled from locally sourced crops. Or perhaps a hydrogen fuel cell vehicle with the hydrogen produced on site by wind and solar, running through an electrolysis setup.

Or, if those alternatives prove too complex, something simple and small and super fuel efficient like a Geo Metro. With those big fuel tanks from the Pursuit Special loaded on back of a three-cylinder Metro, you definitely will not outrun Lord Humungus, but you’d certainly outdistance him and his gang.

Have we really thought these choices through? You tell us. While you do, I’ll be puttering away in my Metro to get a head start on y’all.