General Motors in the 1950s was on top of the world. It sold almost half the cars delivered in the U.S. during that decade. It offered models for nearly every economic stratum, and at the top of that totem pole was Cadillac, the unrivaled American luxury leader.

GM’s Motorama started in New York and Boston in 1949, a show promising the latest and greatest from GM. By 1953, it had expanded to a nationwide tour where car fans could ogle the latest prototypes and concepts from GM. Millions visited a Motorama shows during the 1950s and the company capitalized on the extravaganza in 1953 by introducing three special convertibles: the Oldsmobile 98 Fiesta, Buick Roadmaster Skylark, and Cadillac Eldorado—all of which were introduced to Motorama crowds before production began. Chevrolet also began Corvette production that same year. 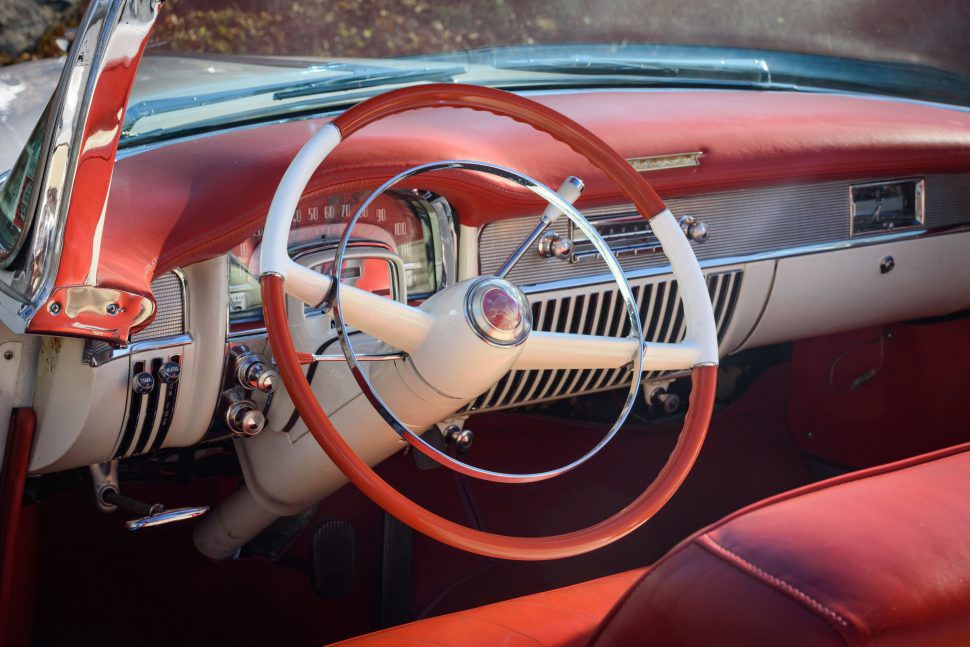 At the top of the heap sat the Eldorado, of which just 532 were made. Based on the Series 62 Convertible, which was priced at a substantial $4,144, the Eldorado was offered at $7,750, a rather princely sum for an American car in the 1950s (about $75,000 in today’s dollars), and all but ensuring the limited-production vehicle’s exclusivity. Every one of the special convertibles were based on regular production models, but included enough unique design features that they were practically custom cars.

That first-year Eldorado’s custom elements included a shortened wraparound windshield that required modifications to the Series 62’s hood, cowl and dashboard. The cut-down doors looked like something that could have come from a talented hot rodder’s torch and they flowed into a rear that included a metal tonneau cover that doubled as a parcel shelf when the top was up. The overall effect of the modifications made the Eldorado look longer and lower the Series 62 Convertible. 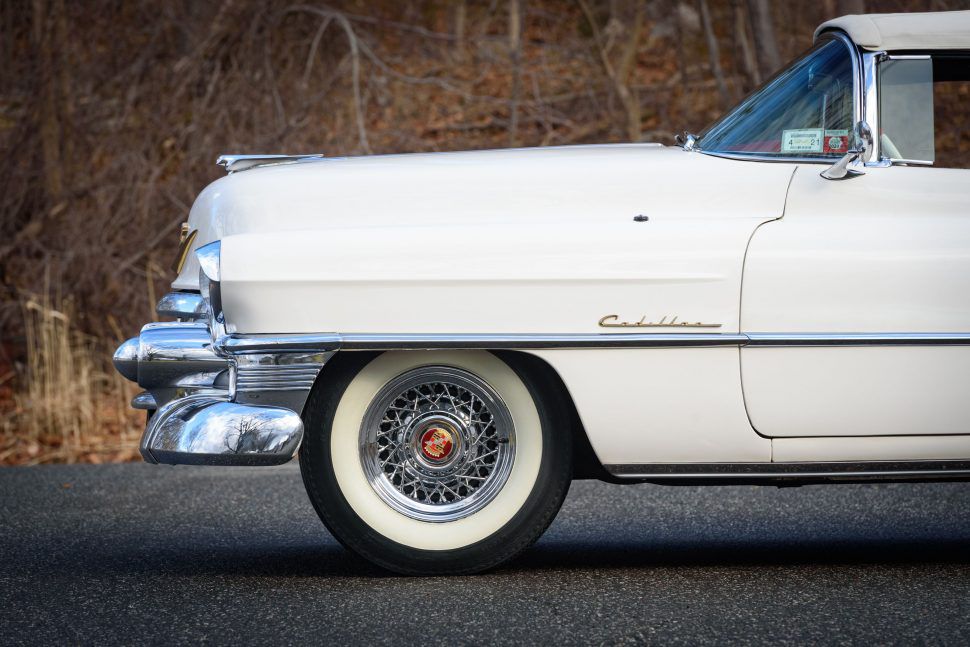 All Eldorados were fitted with a host of features normally extra-cost options on other Cadillacs, including power brakes, power steering, power windows and a power front seat. Each and every one was also motivated by the most powerful production engine available in 1953, the Cadillac 331-cu.in OHV V-8, good for 210 horsepower and mated to a four-speed Hydra-Matic transmission.

Despite the low production numbers, the Eldorado was a very high-profile car for the country’s biggest manufacturer. Almost from new, it has also been valued by collectors. Among postwar Cadillacs, it sits at or near the top of the heap for Cadillac afficionados. Those that aren’t in museums draw headlines when they come up for sale.

Speaking of museums, the 1953 Cadillac Eldorado now offered on Hemmings Auctions has previously spent time in museums, first at the Imperial Palace Auto Collection in Las Vegas and later at the Shanghai Auto Museum before being acquired by the seller.

American style and V-8 power were just coming into their own in the 1950s and the Cadillac Eldorado delivered both with a bold bravado that has captured collectors’ attention since. What’s your take on this Eldorado? Would you want this Eldorado in your collection?