It’s not difficult to find a fault for the demise of the Hartnett Motor Company, one of the few companies to offer a challenge to Holden to become Australia’s Own Car. Finding an example of the 100-plus cars that Hartnett built, however, is far more difficult. The Australian National Motor Museum did, and now it’s asking for the public’s help in restoring the car.

Laurence Hartnett’s name is typically synonymous with Holden history. The managing director of General Motors-Holden shortly after World War II, he answered the Australian government’s call to build a car for and in Australia and – working with Prime Minister Ben Chifley – turned Holden from a mere assembler of Detroit-designed automobiles into the company that built the 48-215 and instilled Australian national pride for decades afterward.

By the time Holden introduced the 48-215 in November 1948, Hartnett had left the company and started discussions with Chifley to build another locally produced car to challenge Holden and, more specifically, to prevent a foreign-owned company from holding a monopoly over the Australian auto industry. This time, without the backing of a multinational conglomerate with reams of unused designs to pick through, Hartnett struck a deal with French auto designer Jean Albert Gregoire to license the design that Gregoire had developed with Aluminium Francais a few years prior.

Unsurprisingly, given Gregoire’s partner in developing the design, the small car made extensive use of aluminum castings. Six separate pieces of aluminum bolted together to form the chassis while the cowl, windshield frame, header, and upper dash were cast in a single piece of aluminum. A 600cc flat-twin engine good for 15 horsepower drove the front wheels and all four wheels rode on independent suspension.

Gregoire’s design ended up becoming somewhat influential: He peddled elements of it to Henry J. Kaiser while serving as a consultant to the industrialist and licensed the design to Panhard, which based its 1948 Dyna X off of it. He also licensed the design to British carmaking concern Grantham Productions, which intended to build the car as the Kendall.

That never happened, but the collapse of that effort allowed Hartnett to obtain all the tooling necessary to start production at a steep discount. He lined up foreign suppliers for the drivetrain and a few other parts and secured a contract with Commonwealth Engineering in Australia – majority owned at that time by the Australian government – to provide body stampings for the planned convertible (the Pacific) and hardtop (the Tasman).

Production, however, didn’t commence until early 1952, a couple years after Hartnett announced the cars and the year after Chifley died. A new government had come to power in Australia in the meantime and, partly out of animosity for Chifley, made sure Commonwealth Engineering failed to honor its contracts to Hartnett. 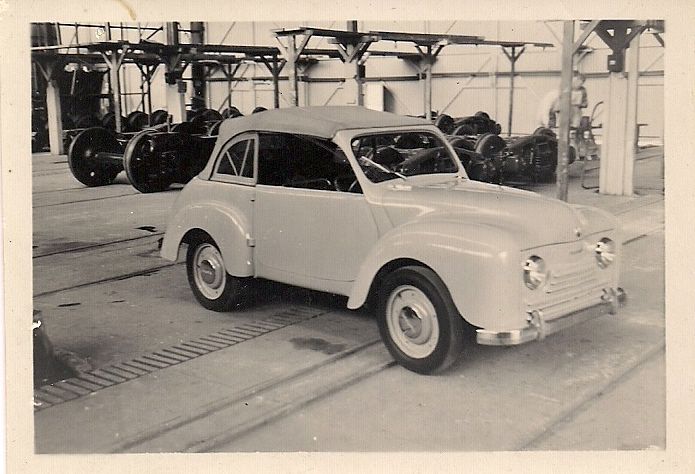 An independent arbitrator in 1955 ordered Commonwealth Engineering to pay Harnett more than £37,000 in damages (against his claim of £170,000), but by then the damage was done. Production stopped in September 1952 after anywhere from 80 to 130 vehicles were built.

Hartnett went on to try to assemble the German Lloyd in Australia in 1957 then ultimately found success two years later by importing Nissans into Australia. 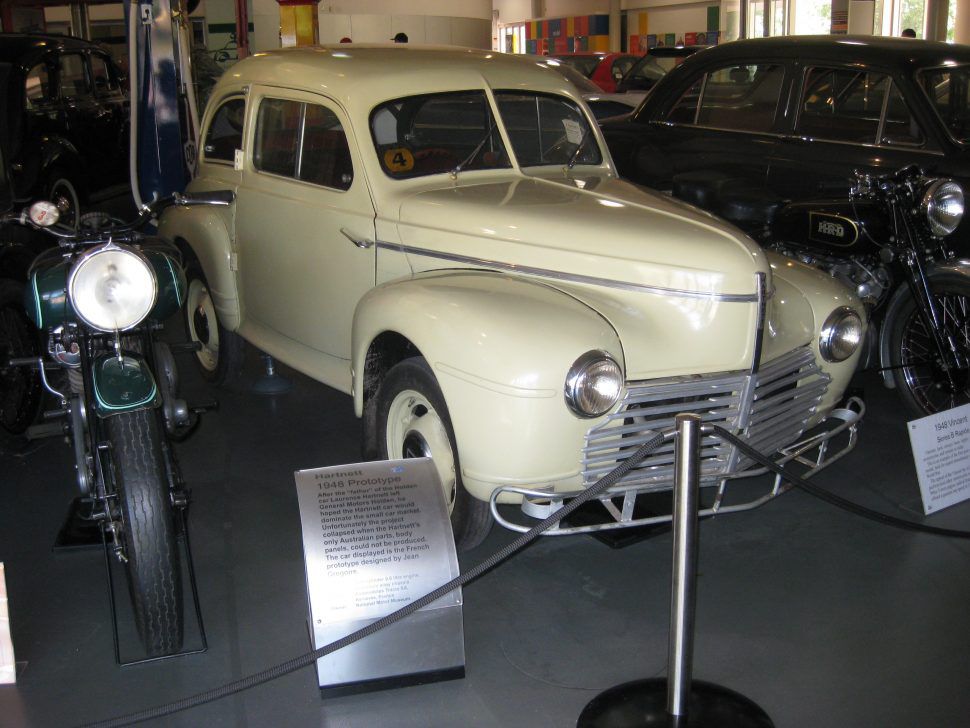 Despite the near-weekly updates on the company’s efforts during the few years Hartnett was in business, the cars for the most part went forgotten over the subsequent decades. These days, the Hartnett prototype rests in the Australian National Motor Museum, there’s a Tasman in the Museums Victoria collections, at least one Pacific in private hands, a few Hartnetts in pieces, and no more than three Pacifics total left in the world.

One of those Pacifics has made its way into the collections of the Australian National Motor Museum, and though it’s mostly complete, it’s seen better days. The convertible top, interior, headlamps, and trim are missing, and the body is weatherworn. Still, the museum has deemed it restoreable and has started a crowdfunding campaign to fund the Pacific’s restoration.

The museum has not announced how much the restoration will cost or how long it’s expected to take.

For more information about the museum’s Pacific and the crowdfunding effort, visit Motor.History.SA.gov.au.