An electric car, at its most basic, is rather simple: batteries, motor, a means of controlling the latter, and a wheeled platform for all of the above. Yet it’s surprisingly difficult to say for sure who first combined all of these elements into an automobile capable of transport, partly due to the game of semantics, partly due to the technological factors that led to the electric car’s development.

In the United States, at least, full credit typically goes to William Morrison, a Scottish chemist and inventor who emigrated to Des Moines, Iowa, and took up his experiments with electricity. Morrison’s interest lay primarily in building, improving, and profiting from storage batteries, but as Keith McClellan wrote in the Annals of Iowa in 1963, Morrison knew he had to create some sort of spectacle to get others interested in his improved batteries.

Thus it was in the summer of 1890, “Bill” Morrison found himself installing his storage batteries into a carriage offered by the Des Moines Buggy Company. The power was applied through a Siemens armature, the type ordinarily used in street cars, but improved by a method of winding which Morrison created.

It was anticipated that the carriage would be completed in time to show it at the Iowa State Fair during the first week of September, but it was never shown at the fair. In fact, it took feverish activity on the night of September third to complete the automobile for the Seni Om Sed Parade.

While Morrison’s electric automobile – a front-wheel-drive vehicle equipped with a steering wheel and spindle-style (rather than axle-pivot) steering, capable of 4 mph thanks to its bank of 24 batteries, good for 58 volts – later went on display at the World’s Columbian Exposition of 1893 and participated in the 1895 Chicago Times-Herald race, Morrison himself had no interest in developing or manufacturing electric vehicles, only the batteries that powered them, and his patents apparently reflected that.

The U.S. Department of Energy – along with many others – describes Morrison’s invention as “the first successful electric car.” Indeed, it’s easy to stick with Morrison: Though he didn’t commercialize his electric car, his story is well known and documented, his electric car performed as designed and intended, and his invention aligns with the general conception of an automobile as we’ve come to accept it (that is, it has four wheels, runs independently of tracks, and its power source is self-contained). But if we start to strip away some of those conceits, plenty of other inventors start to come to the forefront.

Take, for instance, Thomas Parker. An English electrician and inventor once described as the Edison of Europe, Parker manufactured batteries and dynamos starting in the early 1880s. He also claimed to have built his first electric car – largely as a means of commuting to work – in 1884. However, that’s based on Parker’s word, however trustworthy it may be; the only documentation of the car, a photograph with Parker at the steering wheel, dates to 1895.

If all it takes to invent an electric car is three wheels instead of four, Andrew Lawrence Riker would have the better claim to the first U.S. electric. In 1887, a year before he founded the Brooklyn-based Riker Electric Motor Company (and seven years before he built his first electric car), he electrified a Coventry tricycle.

But Riker’s far from the first to build an electric three-wheeler. Gustave Trouvé built and successfully tested his – based on a James Starley tricycle – on the streets of Paris in April 1881, not long before he decided his motor and battery setup would do better as an outboard motor for his boat. That same year, Gaston Planté built his own electric tricycle, which he displayed in Paris, and Englishmen William Ayrton and John Perry built theirs, the first vehicle of any kind to feature electric lighting.

Curiously, the first electric car may have been built before Thomas and Emily Davenport were awarded the first patent for an electric motor. As early as 1832, Scottish inventor Robert Anderson built an electric carriage using non-rechargeable batteries. And while he gets a kind of honorable mention in many histories of the electric car, further details appear impossible to come by.

Did the first electric car have to be scratchbuilt? Because Charles Jeantaud – the same man who didn’t get credit for making Ackerman steering workable – worked with lead-acid battery developer Camille Alphonse Faure to install a Gramme motor and Fulmen battery in a Tilbury buggy in 1881 and went on to sell Jeantaud-branded electric vehicles starting in 1883. 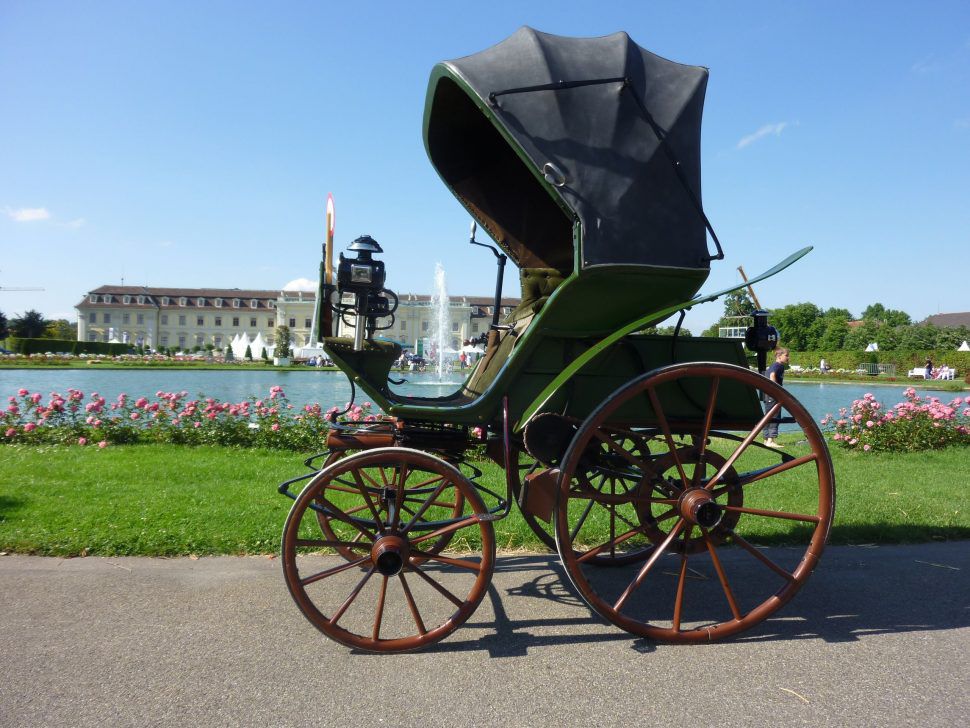 Then again, based on the same stringent qualifications applied to Morrison’s successful electric car, one would be hard pressed to disagree with the assertion that Andreas Flocken’s 1888 Elektrowagen, built in Coburg, Germany, and demonstrated in a trip from Coburg to nearby Redwitz, deserves the title of first electric car.

So should it be Morrison, Parker, Trouvé, Jeantaud, Flocken, or some other heretofore unheralded tinkerer? Or possibly all of the above as a means of showing that history – particularly the history of mechanical advancements – doesn’t exactly start or end with one man, one year on the calendar, or one invention?