Though historians live to debate these sorts of things, focusing largely on definitions and the indefinite qualifier of practicality, it’s fairly well established who built the first gasoline-powered automobile (Siegfried Marcus, not Karl Benz) and the first steam-powered automobile (Nicolas-Joseph Cugnot). Not so much the electric automobile; to this day we still see references to Thomas and Emily Davenport building the first electric vehicle, which they most certainly didn’t.

That’s not to take anything away from the Davenports, and the story is still worth recounting if only to illustrate why some people get credit for certain accomplishments and others don’t.

Thomas Davenport, a blacksmith’s apprentice who set up in Forestdale, Vermont, to marry and raise a young family, became curious about the electromagnets that Joseph Henry developed down in Albany, New York, and that the iron industry in nearby Brandon, Vermont, had started to use to refine its products. Davenport bought one and, with his wife Emily’s help, dissected it to learn more about how it worked.

Then, working alongside Emily and his friend Orange Smalley, Davenport reconstructed the electromagnet in such a way that the coiled wires (famously insulated with silk repurposed from Emily’s wedding dress) would spin one half rotation when he applied electricity from a crude battery. He subsequently figured out how to use a commutator and brush system to reverse the polarity automatically; this would not only achieve a full rotation of the coiled wires but also continually spin them within the magnet. By July 1834, the Davenports had built what we recognize today as an electric motor and, after some wrangling with the Patent Office, received a patent for the motor, patent number 132, granted in February 1837, the first U.S. patent for any sort of electrical device, and definitely the first U.S. patent for an electric motor. 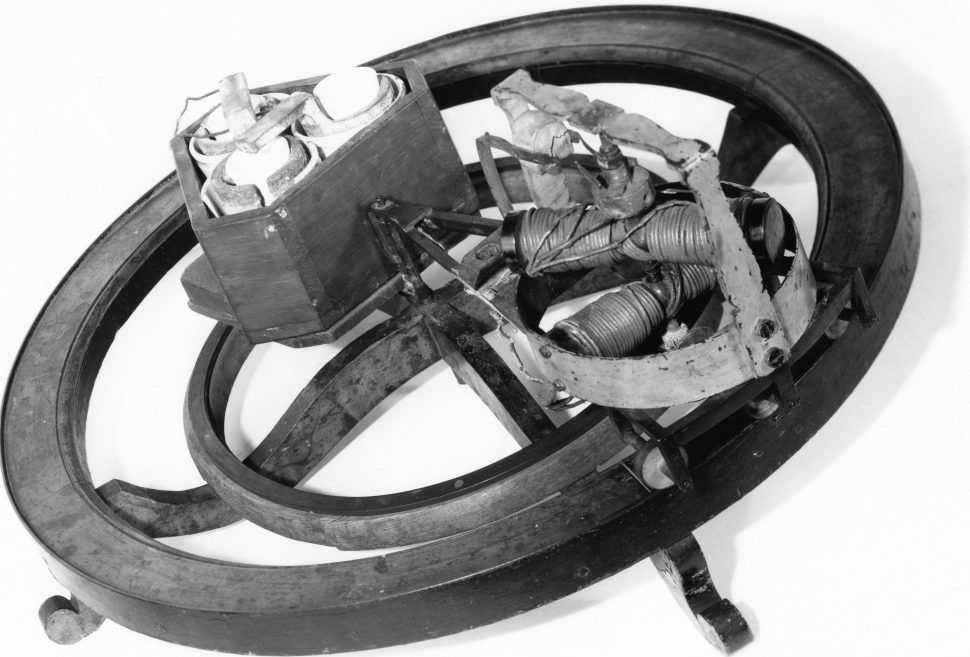 Davenport traveled to New York City to try to drum up investment in his motor while he spent time back in Vermont thinking up novel uses for it. He tried out washing machines, farm implements, and even a printing press, but his electric locomotive is what many point to when defending the Davenports as the parents of electric vehicles. Little more than a version of Davenport’s motor connected to a wheel that ran on a track, it drew its power through the rails it ran on and achieved a maximum speed of about 3 mph.

Davenport, ultimately, couldn’t capitalize on his invention, partly because it took another couple decades for inventors to realize that if one turned Davenport’s invention backward, it would create electricity and free electrical devices up from the primitive battery technology of the time.

But also, as Martin Doppelbauer of the Karlsruhe Institute of Technology pointed out, Davenport designed his motor to run at high speeds and not to develop the sort of torque that would make the motor useful for, say, washing machines and agricultural equipment.

And while Davenport may have been the first person to patent his electric motor, he wasn’t the first person to build one. Over in Europe, Hungarian Ányos István Jedlik experimented with electromagnets and commutators as early as 1827, several others built crude electromagnetically powered spinning devices, and Prussian Moritz Hermann Jacobi built his motor (which Doppelbauer hails as the first “real” electric motor) in May 1834. Jedlik, along with Dutchmen Sibrandus Stratingh and Christopher Becker in 1838, displayed working model electric cars – motors propelling wheels not bound by tracks – prior to Davenport’s electric locomotive. And while Davenport’s electric locomotive remained a patent model only, in 1837 Scottish chemist Robert Davidson built his first full-scale electric locomotive.

Doppelbauer, in fact, takes a dim view of Davenport’s accomplishments.

Davenport’s motor is not remarkable in a historical context. His construction is not a substantial improvement of other contemporary designs.

Over the years, Davenport manufactured quite a number of machines. But unlike Werner Siemens, George Westinghouse and Thomas Edison, he was not the founder of an important company. And unlike Nikola Tesla, for example, Thomas Davenport was never able to sell nor license his patent.

Davenport did not receive the patent on the electric motor as such but only on his special design features. In the years from 1837 to 1866 about 100 patents on electric motors were granted to other inventors in England alone. After Davenport redesigned his motor already during 1837 his patent became practically worthless.

Davenport is [sic] the honor of being the first of thousands of engineers who received a patent for an electric motor. But he is neither their inventor nor did his designs have had any significant influence on the further development of electric motors.

So why does Davenport get so much credit? The patent certainly goes a long way to explain that: It serves as a convenient quick answer for anybody unwilling to dive deeper into the history of electric motors and electric propulsion.

However, it should also be noted that Henry – who developed his own electric motor precursor, a commutator-less rocker that led to the development of the telegraph – met Davenport and was impressed by his accomplishments. Years later, he served as first secretary of the Smithsonian, an institution concerned primarily with promoting a narrative of American accomplishments that to this day displays Davenport’s patent models for the electric motor and electric locomotive.

Similarly, the Rensselaer Polytechnic Institute in Troy, New York – the country’s oldest engineering school – bought Davenport’s first motor and its founding president, Amos Eaton, not only made a spectacle of the motor for the students at RPI but also for the citizens of Troy, then a major manufacturing center.

To defend the Davenports against Doppelbauer, they might have been well read, but they also may not have been aware of Jedlik’s, Jacobi’s, and Stratingh and Becker’s work until they displayed their inventions in London much later. True, their inventions were not ultimately successful, but to come up with the idea of the commutator was significant enough in itself, even if Davenport did so in parallel with Jacobi.

So, ultimately, while it’d be nice to claim a fellow Vermonter as the originator of the electric car, we here in the Green Mountain state will have to be content with our many other claims to automotive history.