Last month, we set out to definitively chronicle the history of automakers offering camping packages for their vehicles, either as factory specials, options, or accessories. It was a fun exercise, and as we expected, our knowledgeable readership responded with a few more that are worth mentioning.

We’ll start with reader Lew’s mention of the slide-in camper available for the Studebaker Wagonaire, a camper that looks at first glance like the aftermarket trunk-mounted campers for sedans of the 1950s and 1960s, but that took advantage of the Wagonaire’s sliding roof section. Andy Beckman, the Studebaker National Museum’s archivist, was able to not only turn up the hi-res photo above but also a brief article describing the camper combo, which debuted sometime in early 1965.

The unusual vehicle was previewed for dealers at the annual convention of the National Automobile Dealers’ Association in Las Vegas, Nev. recently.

Termed a “developmental project” by Studebaker, the unit is manufactured by McNamee Coach Corporation, El Monte, Calif., as a joint effort by McNamee and Studebaker.

The camper unit can be fitted only to the Studebaker sliding roof Wagonaire because a basic design concept involves bolting the coach to the frame members of the vehicle, for better handling, safety and maneuverability. It also permits passengers to pass from the station-wagon into the camper compartment through a closable aperture with is 3 ft. high and 30″ wide.

The prototype model weighs 800 lbs. unladen with an estimated laden weight of 1,000 lbs. The station wagon is fitted with heavy-duty springs, shock absorbers, fan, radiator and clutch, all part of the Studebaker option list. In addition, special Hellwig overload springs are supplied. Cruising speed is 65 mph… High wind conditions or high speed cornering do not adversely affect the vehicle’s stability. The camper can be dismounted in 20 minutes with a bumper jack and simple braces. No body alterations are required.

Beckman believes the Wagonaire camper remained a one-off. However, it wasn’t the only Studebaker product of the Sixties to feature a camper. As Gary E. Landrio pointed out, Studebaker did offer a camper top for the Champ pickup under the Conestoga name in 1963 and 1964. Reportedly the first factory-equipped camper for a pickup truck, the Conestoga came with two cots and mattresses, fiberglass insulation, storage cabinets, interior lighting, mahogany trim, screened windows, and a roof ventilator. The option cost $678 in 1963. 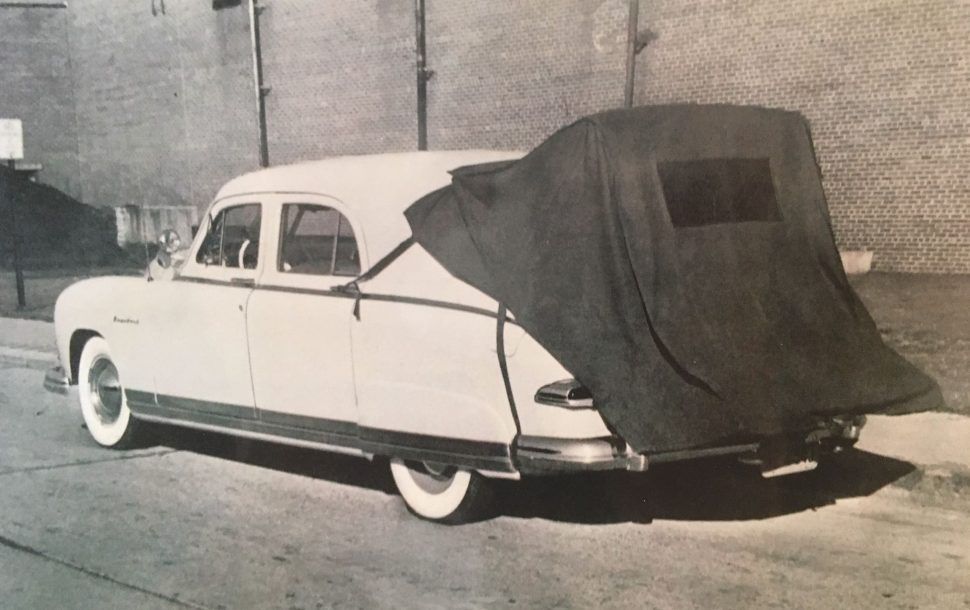 Both Phillip Jelinek and Kaiser-Frazer expert Jack Mueller wrote in to tell us about the tent that Kaiser-Frazer offered for its Traveler hatchback, via its dealers. “While K-F never offered it with a factory part number, they used Kaiser-Frazer Dealer News (a tabloid type newspaper printed by the factory for dealers) to let dealers know about a tent assembly that would interface with the car when both upper and lower hatches were open,” Mueller wrote. Jelinek knew about the tent because his family owned one, which they used on a trip from Chicago to Pikes Peak. 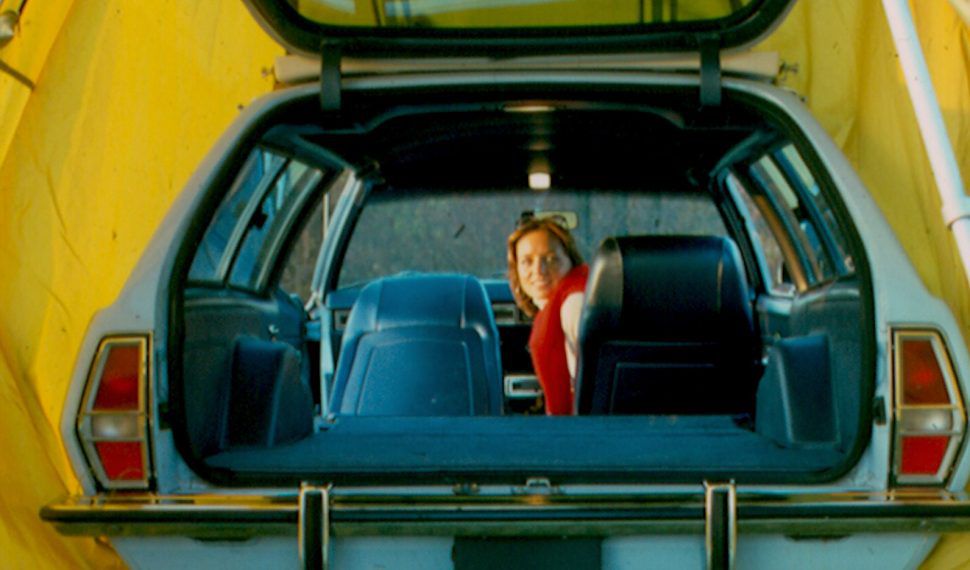 We also heard from designer Robert Johnson who, in the early to mid-Seventies, developed a tent for the Ford Pinto with noteworthy car designer Bob Bourke. As seen in the patent filing for the tent (US3894765A), it rested on the Pinto’s roof while not in use, then cantilevered rearward, stood on supports at roof level, and deployed the sides and back of the tent.

According to Johnson, he and Bourke designed the camper jointly with Sheller Globe. They drove the prototype Pinto to Detroit “and left it with Ford engineering for the day. They didn’t show much interest.” That seems a missed opportunity, given GM’s enthusiasm for tent options at the time.

We also heard from readers regarding a tent option for the International Scout and the Renault Le Car (the “Le Tent”) but we’re still looking for evidence of those in factory literature or brochures.

As always, let us know if you know any others to add to the list.