Craig Jackson grew up in the auction world. The company founded by his parents and Tom Barrett started in 1971, when Craig was still young. He started running the company in 1995, fueling its growth with television deals and corporate partnerships that turned the auction into just as much of a show as it is a sale. This year, Barrett-Jackson’s flagship Scottsdale event, one of four on the calendar, took in more than $141 million in sales. We sat down with Craig Jackson during the proceeding to talk about the future of the automotive hobby. This interview has been edited for length.

People are buying newer cars and not driving them. As an auction owner, how do you approach that?

So I bought the two GT500s, the new ones. The red one’s the driver, the green one – because it’s VIN 001, a special car – its not going to be a driver. Although if you saw the video, I’ve already driven it. I’ve already wore the nubs off the tires so it didn’t just come off the assembly line. And I get that some people want to keep the value, but when we filled out all those forms to get our GTs, one part of the criteria was they wanted us to drive the cars. I drove mine to Ford v Ferrari, the preview, I’ve taken mine to Cars and Coffee.

Do any of the buyers of these low mileage cars express a desire to drive them? Because at some point you get to where so much of the value is tied up in the mileage, which I think is a little bit sad.

It is. I get it. Some of these cars, and I’ve said it, I think were in a golden age. You know if you look at those four cars out there [referring to the Jackson’s four Mustangs – the two prototypes and two new GT500s] they peaked, we went into the smog era, we went into not being able to produce horsepower, and now we’re at another peak. Next we’re probably going to go into hybrids, electrics. I think a lot of guys are putting away the last supercars that are petroleum-based. I am a little guilty of it, I have quite a few of the new cars, but if I want to drive one, and one’s super rare like these, I’ll buy two. I’ll drive one. 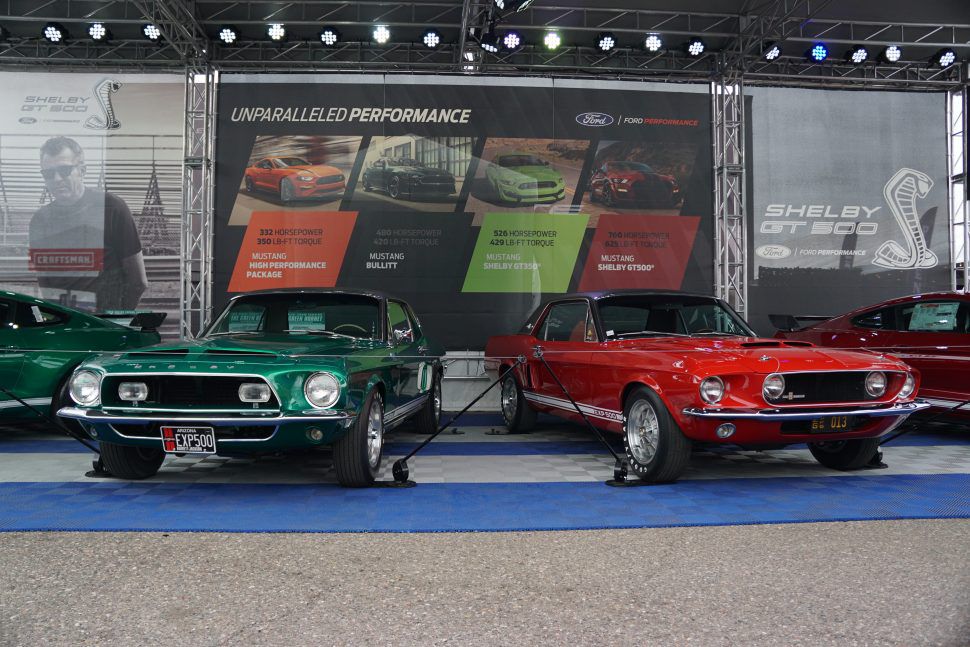 You can still drive cars without blowing up the odometer, especially If you have a lot of cars. 2000 miles in a year is a lot of driving, and it doesn’t add up that much.

I won’t say how many collector cars I have, but well north of 50 – you can’t drive them all at the same time. For a long time I had the highest-mileage Veyron, but now I drive so many of my different cars it’s not the highest-mileage, but it’s still 17,000 miles, which is a lot of miles to drive a Veyron. I’ve had five sets, six sets of tires on it.

You mention we’re in a golden age. What does that mean for the future of the hobby, and how do you see the demographics shifting?

Two things, I think, are converging. One, if you look fifty years back, in a few years we’re going to looking at the middle of the oil embargo, the worst smog cars, and the rise of the Japanese cars and the rise of the European cars that used turbos and fuel injection to figure out emissions, and you’re seeing it. That’s why the ’80s Porsches are coming up in value so much and the Supras and the 240Zs and all of that, but that’s the generation that grew up with those. It’s also lead to Broncos being collectible, all the SUVs. My generation – I’m at the youngest age of the boomers, I’m on the cusp – grew up with station wagons. Gen Xers grew up in SUVs, Millenials grew up in SUVs. I didn’t really consider SUVs to be a collector item until this phenomenon really took off.

The next phenomenon – we have 700 of them here – is restomods. Restomods are going to continue. We were early adopters, we started selling restomods in prime time Saturday in ’05. I had some journalist ask me what the eff am I doing, these aren’t collector cars. I told him, “Why isn’t a hand-made hot rod, or somebody that’s taken a car and put all these hours into it, not a modern day piece of art?” But the nice thing about restomods, which goes to your first question, is you can drive them. Have you been in the GM booth? You see the Fast and Furious car?

We took that iconic car, we kept all the parts, we lifted the body up, put a Roadster Shop chassis under it, with a brand new engine that GM is just launching here. That car has engine 1, it’s an LS7 wet sump engine, so we didn’t have to put a dry sump anywhere, put the valve covers on it, painted it orange. It looks just like a big block… 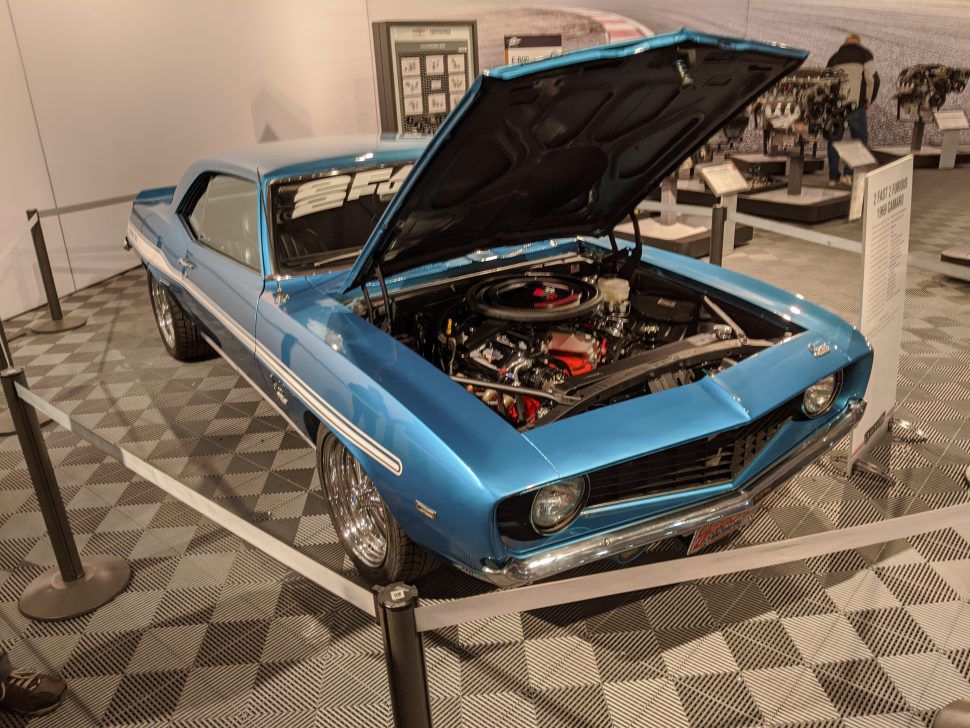 I was wondering about that because it looks like a new engine, but it’s orange.

You can make it look like a rat motor, but it’ll run on pump gas, the Roadster Shop chassis with the four-wheel disc brakes, and the modern suspension and rack and pinion, now it’s throttle-by-wire… but we left the body. We didn’t touch it, we just lifted it up and dropped it back down on a new drivetrain. That’s a phenomenon you’re going to see more and more.

With restomods, it seems that people want something special but want to drive it.

When people talk to me about restomods, they think it’s Camaros , it’s Mustangs, it’s maybe ’50s cars, but it’s a worldwide phenomenon. Singer’s doing it to Porsches, Eagle’s doing it to E-Type Jags. People want the cars that look the era but they can take them out and drive ’em.

What about the notion that young people aren’t into cars?

I struggled with this growing up. Back in ’89, I sold my Figoni et Falaschi Delahaye for almost a million dollars. I took part of the money and went out and bought some of the world’s greatest muscle cars. My dad told me I was out of my effing mind. I bought a cut up drag car for an outrageous number–in his mind, that is a cut-up used car. I bought these cars in the late ’80s and early ’90s, before they really took a run. Because I didn’t grow up loving Broncos doesn’t mean I can’t relate to people that love them.

I think another guy that was ahead of his time doing it was–we have that black Bronco of Simon Cowell’s. He didn’t just buy that, he bought it a long time ago, as a regular stock Bronco and he had it restomodded, before this whole craze, and drove it all over. You can Google “Simon Cowell driving Bronco” and there’s pictures of him driving it everywhere. It’s has an open top, it’s different. You know, you go into his garage and it’s almost all Bentley, Rolls, exotics, and that’s the car he drove the most.

Look at Paul Walker, what’d he drive almost every day? He drove that Tundra 120-some thousand miles, and the Eddie Bauer Bronco, and then that red station wagon. Those were his three drivers, and he didn’t drive Ferraris and all of that stuff. He liked those lightweights, he liked those cars that he liked and didn’t follow a trend. And I think that’s what you’re seeing now with Millenials is they buy what they like whether us boomers like it or not. 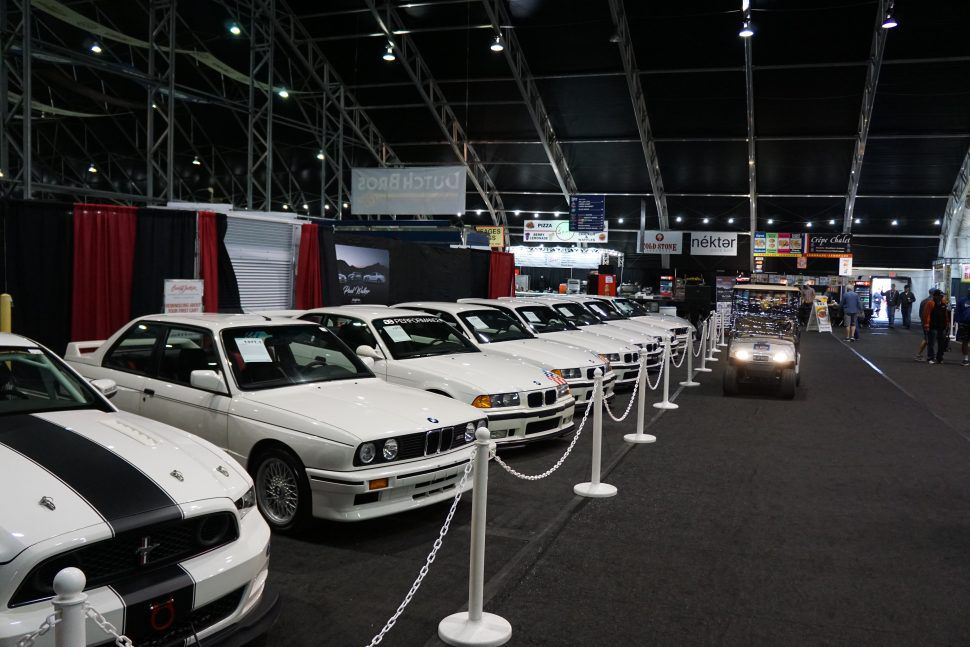 What’s next for Barrett-Jackson?

What I think is reassuring about running Barrett-Jackson is turning it into an automotive festival, opening it up, and… bringing in at every auction 40 percent new people to our hobby. We’ll probably end up at 1600-plus first timers, here. And we’re going to keep focusing on bringing new people into the hobby. When they come into the hobby they should have a good experience, they shouldn’t come in and buy a car, and then take it somewhere and be told you bought a piece of junk or a phony, or it’s not described as accurate. And that doesn’t matter just with numbers-matching cars – that’s where it started by hiring Jim Mattison, who runs Pontiac Historical services, Jason [Billups], who I consider one of the top experts in Fords to vet those cars. We have an expert who just vets restomods.

Yesterday I had a call with a customer who was cussing me out, telling me my expert doesn’t know what he’s talking about, his car’s real. I went and talked to him [the expert] and he says it’s phony paperwork, it’s a re-stamp, and it’s not a real car. So I call my customer back. “Did you buy it from the original owner?” “No I bought it from a guy…” Maybe you need to take it back to him. If you don’t know the original owner, and my expert says all your paperwork is phony, it’s a re-stamp because it’s still got a 396 rear end in it, not one for an LS, you’ve got a problem.

With 1600 new people, you have to make them happy instead of one or two sellers who might not have an authentic car.

Even in restomods, it’s not just the components, it’s also the quality of workmanship and how it was put together, and we look at all the cars, we look at all the VINs. VIN issues are a bigger issue now with restomods, with Dynacorn bodies, with all of that. Is it VIN’d properly? Is it a good negotiable title? All that’s got to be changed in the car description when you buy the car. A guy buys it and you tell him it may not be emissions compliant in all states. If the owner doesn’t realize that but it’s missing a bunch of the emissions stuff, you have to note that. Because a guy’s going to buy it and take it to his state and they’re gonna go, “Sorry.” There’s a lot that goes into vetting the cars on the numbers-matching, the historical cars, the newer cars, and even when you get into the grey-market cars and bringing in the Japanese cars, were they brought in legally? It’s a much bigger issue than you think of, to make sure a new guy buys a car, drives away and he’s happy.

When we find a car that’s got a re-stamp, it’s up to the owner. You, the owner – we don’t change or write the descriptions – you the owner need to rewrite your description that it’s now a re-stamp, or we’re not going to sell it. But we know definitively it’s a re-stamp. It’s his choice. You either go back up the food chain to the guy you bought it from, or you sell it today and then you deal with it.

There’s a buyer that’s okay with a re-stamp, they just don’t want to find out after the fact.

And then they take it to a car show and they find out. Guys are producing new trim tags, protecto-plates, build sheets, all that. Unless we employ the best experts that know, you’re not going to know. That’s part of what I think is unique to Barrett-Jackson that we take seriously and that’s why… I love this hobby, and I’m still a hobbyist – who runs a business and cares that the new people who come in have fun in it. That’s it. 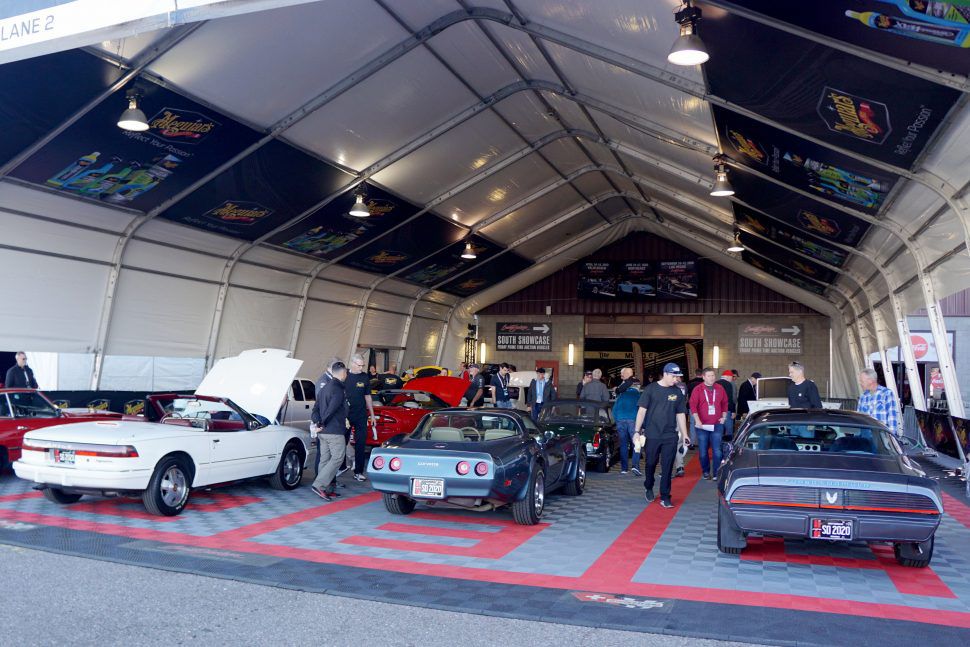 Cars lined up in the staging section before they roll on to the auction block. Photo credit: Mike Austin