Brandon Anderson didn’t come up short for superlatives when describing the latest donation to the Auburn Cord Duesenberg Museum. As well he should: The Duesenberg Model A that the museum received is not only the first of its kind, it’s also the first passenger car offered by the Duesenberg brothers to the general public, and it comes from a century of ownership by one family.

“This is pure American history,” he said. “It’s definitely the most significant vehicle now in the museum’s collection – even if it weren’t restored, it’d still be at the top of that list. It’s not just a car, it’s a family’s history and legacy.”

According to Anderson, the executive director and CEO of the ACD Museum, once the donors of the Duesenberg, CyrAnn and James C. Castle, Jr., had decided to find a permanent home for it, they considered a number of museums in California, where they live, and even the Smithsonian.

“But were those the right homes? No,” Anderson said. Instead, the Castles decided to sent the Duesenberg back to Auburn, Indiana, where it came from a century ago.

In 1919, Fred and August Duesenberg had already established themselves as builders of some of the world’s most renowned racing vehicles and racing engines so, using funds from that venture and from their war contracts, they decided to pivot to building passenger cars – specifically some of the most opulent passenger cars from an American manufacturer. Their cars would be the first in the world to offer four-wheel hydraulic brakes and, after a brief consideration of an eight-cylinder version of their walking-beam engines, an overhead-camshaft straight-eight engine, the latter measuring 260 cubic inches and rated at 90 hp. Though they built a few prototypes in Newark, New Jersey, the brothers decided to relocate to Auburn, where they’d previously built race cars, for their production efforts.

The first person to order a Duesenberg Model A was probably the exact sort of customer the brothers had in mind. Samuel Northrup Castle, a grandson of the missionary and businessman of the same name who co-founded Castle and Cooke — the company that gave rise to Dole Food Company — had the means to spend pretty much whatever the brothers’ asking price would be. He also had the stature of a giant; at seven feet tall and 300 pounds, he towered over most men, so he had Cleveland-based coachbuilder Bender Body Company craft a coupe with a special cutout through the cowl to accommodate his height. 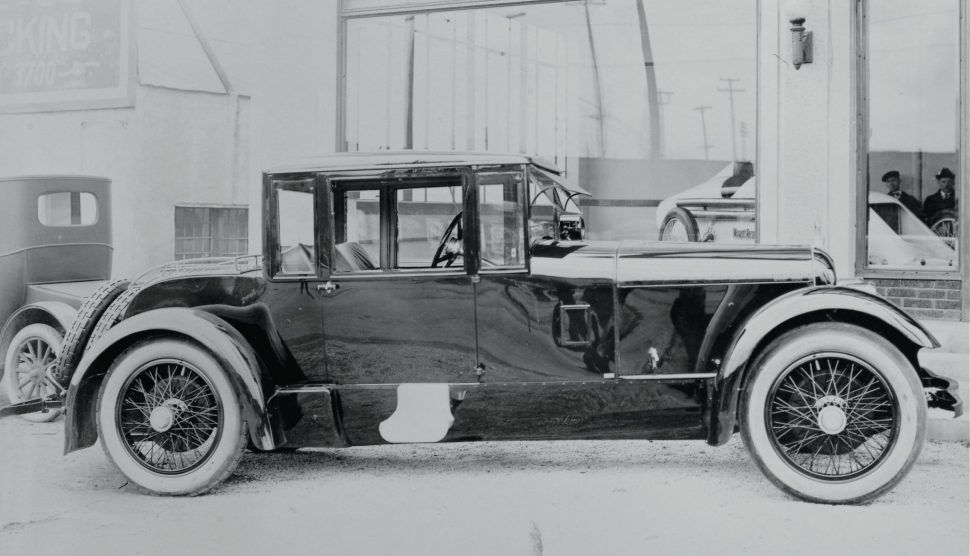 Castle didn’t actually take delivery of his Model A – chassis number 601, engine number 1001 – until sometime before the end of 1921. Shipped to Hawaii, the Duesenberg served as Castle’s personal vehicle, then later for surveying the plantations there. Sometime late in the Twenties, he sent it back to the factory in Auburn for an update, during which it gained a Duesenberg Model J steering wheel, a luggage rack, and new lighting. Aside from that excursion, however, the Duesenberg remained in Hawaii until Castle’s death in 1959. 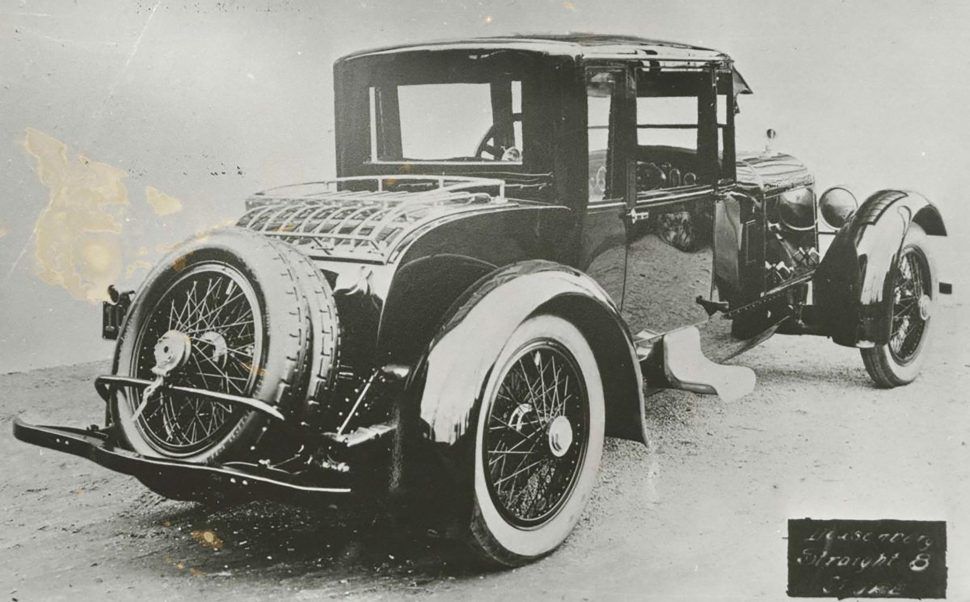 Castle’s nephew, James C. Castle, took possession of it after that and put it into storage in California. While it appears Samuel Northrup Castle had advertised the Duesenberg for sale at least once and Bill Harrah and others reportedly tried to buy the Duesenberg, from the late Sixties on the family would entertain no thoughts of selling the car. It then remained in storage until James Castle’s son and his wife, James Jr. and CyrAnn, decided to restore it in 1994.

“CyrAnn only noticed it when she saw a horse chewing on its upholstery in the barn where it was kept,” Anderson said. “She fell in love with it right away and decided to restore it to its 1921 appearance.”

The couple sent the Duesenberg to Bruce Canepa, who had built racecars for James Jr. and which then embarked on a three-year, 10,000-hour, $1 million restoration that involved fabricating many parts from scratch to match the Duesenberg’s original configuration. That restoration later garnered the Duesenberg an Automotive Heritage Award at the Amelia Island Concours d’Elegance, Best of Show at the Niello Concours at Serrano, and the Classic Cars of America Trophy at the 2013 Pebble Beach Concours d’Elegance.

According to Anderson, it was about that time that the Castles began to think of the future of the Duesenberg and started to consider museums. After taking over as executive director of the Auburn Cord Duesenberg Museum in the summer of 2018, Anderson started to work with the Castles to “share our intentions with them,” he said. “It would be kept in perpetuity; it would be celebrated for its and the family’s history; it would be kept in the public eye in its original home; and we would take it out of the museum to share it with the classic car community.”

The “in perpetuity” part was key, Anderson said. Because the museum is a public trust, the museum may never sell its assets – including the Castle Model A – and, should anything ever happen to the museum, its assets must be distributed to other institutions that will continue to display those assets to the public. The museum puts zero monetary value on its collections for that very reason, Anderson said. So, despite some “pure speculation” as to what the Castle Model A would bring on the open market, “it will never be owned by a private individual again.”

Though the timing of the gift to the museum is fortuitous, given that 2020 marks the centennial of the Duesenberg Automobile and Motor Company, Anderson said that wasn’t necessarily the Castle’s intention. Still, the Duesenberg arrives right in time for upcoming anniversary celebrations such as the Boca Raton Concours d’Elegance‘s Duesenberg centennial class; the museum will display not only the Castle Model A but also the museum’s Model X and a Model A demonstration chassis in that class.

“This just happened at the exact right time,” Anderson said.

Afterward, Anderson said, the museum will build a new permanent exhibit dedicated to the vehicle that will include the history of the Castle family.