All photos courtesy of Jeep.

Startup electric vehicle manufacturer Rivian made recent news by officially confirming a tank turn mode in its upcoming R1T pickup (it will also come on the R1S SUV). It’s a neat trick, using the four independent motors to spin each side in tandem for zero-radius turns. The last time we remember such a thing in the automotive world was the 2005 Jeep Hurricane concept, an all-conquering, go-anywhere dream machine. Revealed at the 2005 North American International Auto Show in Detroit, the Hurricane was, to put it mildly, extreme. 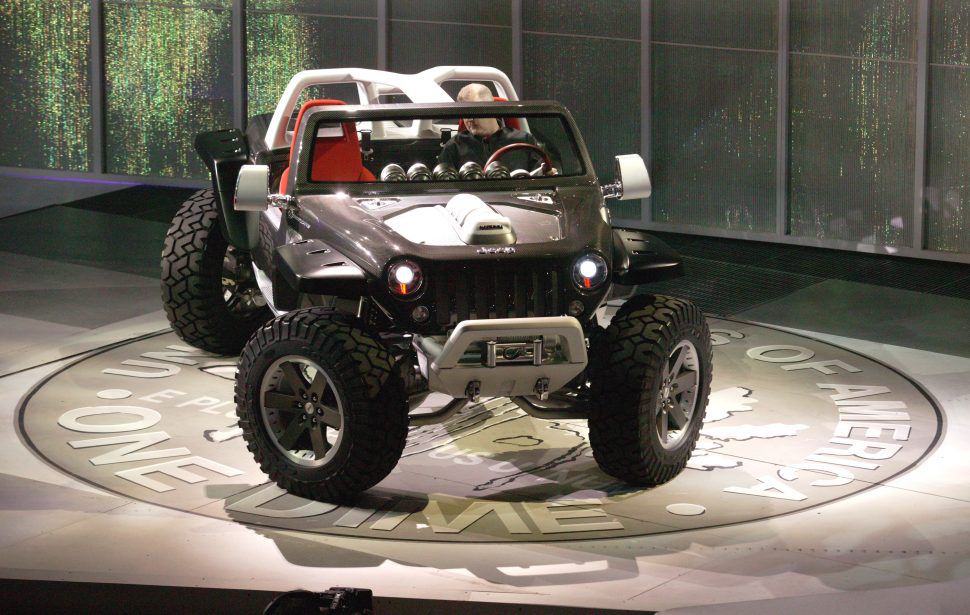 Turns on a dime. A very, very large dime.

The Hurricane was pure fantasy, a concept in every sense of the word, when such things were still a regular feature of the auto show circuit. Today, concepts almost always preview an upcoming production model. Everything on the Hurricane was an example of what happens when you let designers and engineers go wild with minimal consideration for the realities of volume manufacturing. A door-less tub made of exposed carbon fiber, with standalone gauge pods and aviation-style rocker switches in a minimalist interior. Not one, but two Hemi V-8s, mounted fore and aft, and making a combined 670 horsepower. And the Hurricane’s greatest trick: four-wheel steering and a complicated drivetrain that allowed it to spin on a dime. 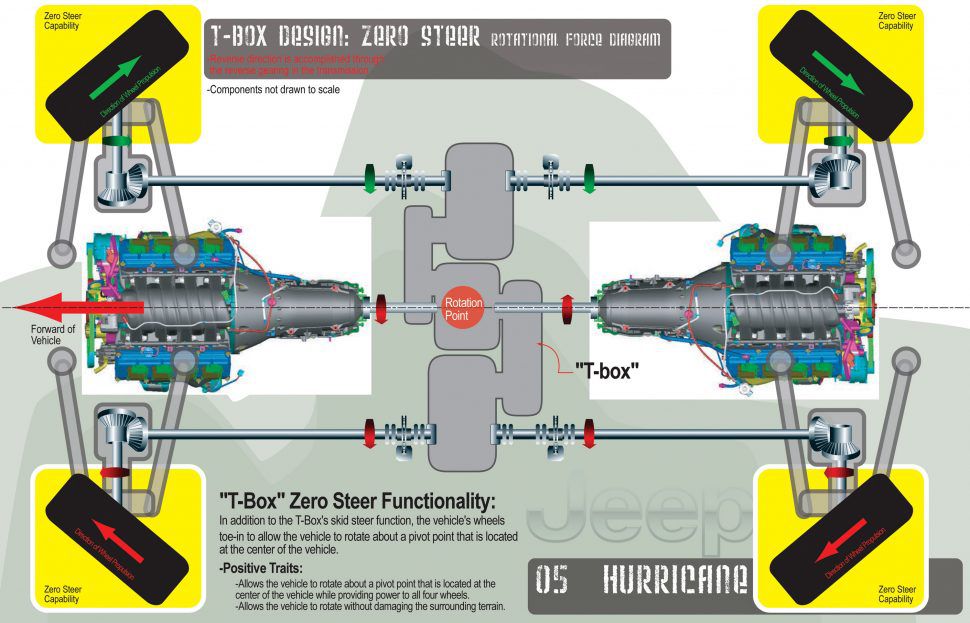 Getting four wheels to spin in any direction involved a lot of magic inside the transfer case.

Rivian’s electric vehicle platform makes the tank turn look easy. With internal combustion it’s a bit more difficult. The Hurricane pulled off the feat with an elaborate system of clutches and driveshafts, brought to life by Rod Millen’s MillenWorks. The output shafts of the engines went into the “T-box” transfer case, which then fed out to four individual driveshafts running to all four wheels. Depending on the lockup of the clutches, the wheels could move together like a conventional vehicle, or split side to side to spin. Jeep also pointed out that the independent driveshafts also applied rotational force downward through the wheels; a conventional axle pushes down on one side and up on the other.

Look at Rivian’s tank turn and you’ll notice it takes place in a muddy field. That’s because there are tremendous sideways forces acting on the tires with the wheels pointed straight ahead and the truck rotating. It’s a move best done where the surface underneath the vehicle can slip. The Hurricane didn’t have this problem, though, because it had a steer-by-wire system that turns all four wheels, toeing the fronts in and the rears out for the spin move. It could also turn all four wheels in the same direction to crab walk sideways. 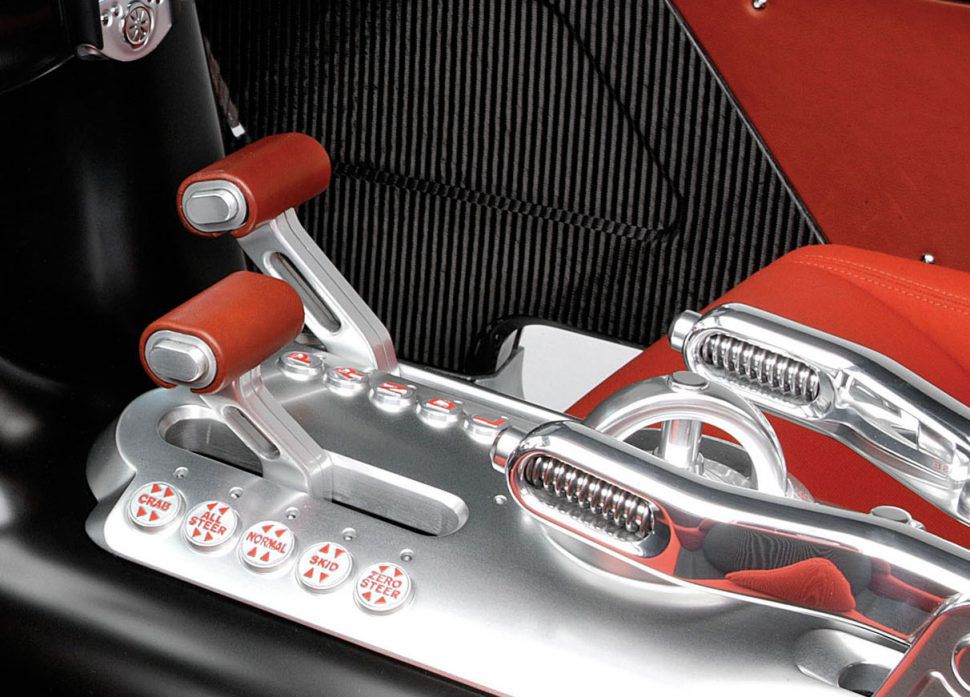 A lever in the Hurricane’s center console controls the rear-wheel steering mode.

Best of all, the Hurricane was a real running prototype, not just a clay mockup. You knew it would never go beyond the show circuit, but knowing that it existed, and worked, in real life made you wish DaimlerChrysler would build it, damn the cost, just to see if it could be done. The advent of four-motor EVs like Rivian’s truck and SUV bring the Hurricane’s ideas full circle, pun not intended. The only things that’s left is rear-wheel-steering, which technically could be achieved by mirroring a front suspension. Which is to say we’d love to see a modern interpretation of the Hurricane, even if only in concept form.

The Hurricane currently sits in Conner Center, the former assembly plant for the Dodge Viper and presently FCA’s private museum of past production and concept vehicles.