Over the last 20-plus years, one effort after another has been made to definitively secure Toledo’s spot as the spiritual home of the Jeep with a permanent museum dedicated to the four-wheel-drive-focused brand. That campaign appears now to have come to fruition with the announcement of a museum set to open in the next few years.

According to the announcement, made Tuesday by the members of a yet-to-be-named non-profit working group dedicated to building the museum, the 56,000-square-foot Jeep Experience is slated to open sometime in 2022, will take inspiration from the Corvette Museum in Bowling Green and the Harley-Davidson Museum in Milwaukee, and has the blessing of FCA.

“We look forward to working with Toledo community leaders to bring this interactive Jeep experience to life,” FCA officials said in a press release. “There are no more passionate fans of an automotive brand than Jeep, so we are thrilled by this initiative to honor the heritage of such an iconic brand, and celebrate the women and men who have dedicated their lives to building these vehicles for nearly 80 years.”

A location for the Jeep Experience has yet to be announced. The working group is expected to release more details after the new year.

The Jeep Experience appears to be the first in a long line of proposed Toledo-area Jeep museums to get any sort of support from an owner of the Jeep brand. As early as 1997, Buddy Carr, a former radio station owner in the Toledo area, envisioned a Jeep museum that would’ve spotlighted the company’s labor force as well as its products. “It wouldn’t be just a bunch of Jeeps on a floor,” he said.

However, according to Carr, that idea “fell on deaf ears; it wasn’t the right time.” That’s partly due to the fact that Chrysler, then the owner of Jeep, already ran a small museum called Jeep House on the grounds of Toledo Jeep Assembly’s Parkway plant, tended to by Ron Szymanski.

For the most part, the Jeep House wasn’t open to the public (save for the day of the annual employee car show and the occasional tours that Szymanski gave) and its collection consisted mostly of old photographs, Szymanski said. But it did house a few significant vehicles like a 1905 Overland and a 1919 Nash Quad dump truck, and it was sanctioned by Jeep officials.

“It was actually the French that did it,” he said. “Renault contacted people with collections and got the museum started sometime in the early 1980s.” 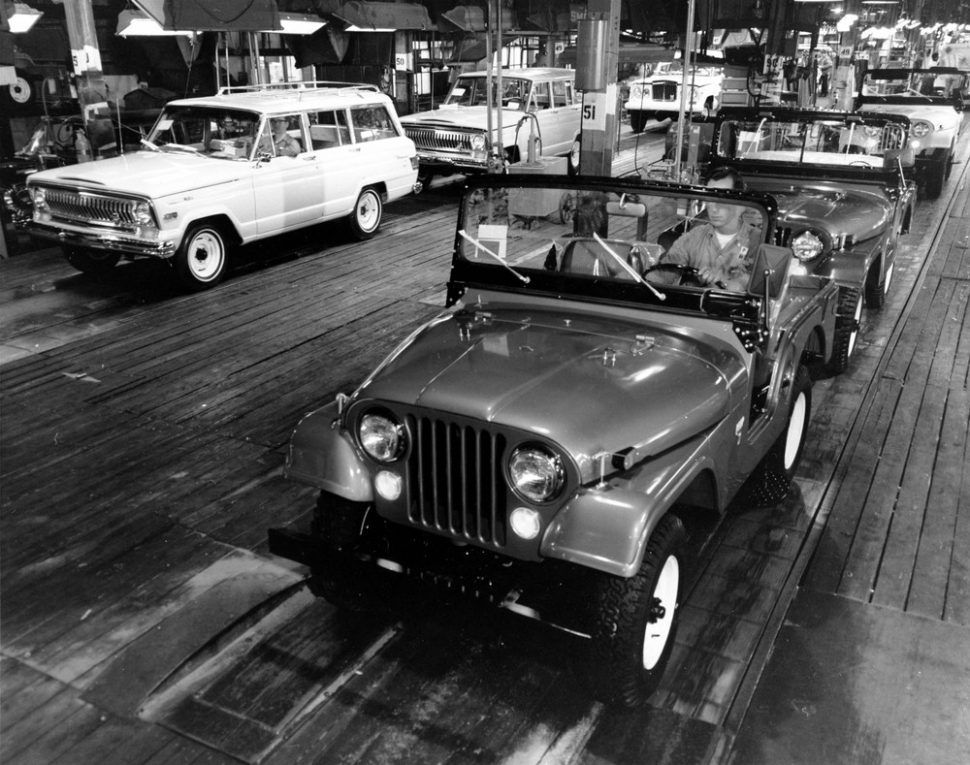 The Jeep House lasted until 2002, when DaimlerChrysler officials decided to demolish the building that housed it along with portions of the Parkway plant. Over the ensuing years, according to Szymanski, DaimlerChrysler sold off the dozen or so vehicles in the Jeep House collection.

Meanwhile, Szymanski said about five or six different attempts to build a permanent Jeep museum in Toledo – many of which he took part in – came and went, the latest of them as recent as last year. “They couldn’t get any big financial backers,” he said. “And none of them got any backing from Chrysler.”

The attempt to build a Jeep museum in Toledo even attracted the attention of Philip Feifan Xie, who wrote about it in his 2015 book, “Industrial Heritage Tourism:”

The aim of the museum was to expand the notion of what industrial heritage is, in order to take account of the intangible benefits of establishing a museum for Jeep, such as industrial tradition, craftsmanship and city identity. The proposal for the Jeep museum encompassed a precis of the content of the display and explored how the museum could give dying economies and vacant sites a second life as exhibitions of themselves. The establishment would be multipurpose: it would provide a new type of tourist attraction in Toledo, a recreation of community identity, a valuable resource for formal and informal education and a basis for economic regeneration. It also rested on the fundamental principle that Jeep is a concrete product that can be identified by the public as an iconic American car. The heritage of Jeep is never viewed as remote from everyday life; hence, a Jeep museum has the potential to attract the general public, as well as auto enthusiasts and people interested in American history. Moreover, the authenticity of Jeep manufacturing in Toledo makes the city an ideal location for this kind of tourist attraction.

However, Xie noted that the success of any Jeep museum depended largely on backing from Chrysler, and “from DaimlerChrysler’s perspective, although Jeep is an important industry and one of the largest employers in Toledo, the corporation expressed concerns over the viability of the museum.”

The latest push to build a museum, on the other hand, has backing from both Chrysler and local financial giants and enthusiast groups. The non-profit working group counts among its members Randy Oostra, the CEO of ProMedica, a prominent healthcare system in the Toledo area, as well as Jerry Huber, Szymanski’s old boss while he worked at the Jeep plant and chairman of the massive Toledo Jeep Fest. According to a Toledo Blade article on the announcement, the working group for the Jeep Experience formed out of the 22nd Century Committee, a Toledo revitalization group that has been working with FCA officials to develop the museum.

Szymanski said he’s willing to provide advice to the working group for the Jeep Experience, but he also said he’s happy not to be on any committees this time around. “My best piece of advice for them is to just push forward through it and get it done,” he said. “I think there’s enough enthusiasm. From what I saw at Camp Jeep, there’s a core amount of Jeep people who’ll go through anything to get to a Jeep event. It’s a large cult, not a small one.”

Though no Jeep museum currently exists in Toledo, multiple museums across the country celebrate four-wheel drive and four-wheeling while parts supplier Omix-Ada has its own private Jeep museum in Georgia. FCA has in its short existence already committed to other exhibitions of its heritage vehicles, including the former Conner Avenue Assembly Plant (now repurposed from Viper production to displaying the company’s historic vehicles) and the Fiat Heritage Hub in Turin.

The Jeep museum working group told the Toledo Blade that it will spend the next 18 months fundraising before starting a design phase for the Jeep Experience.